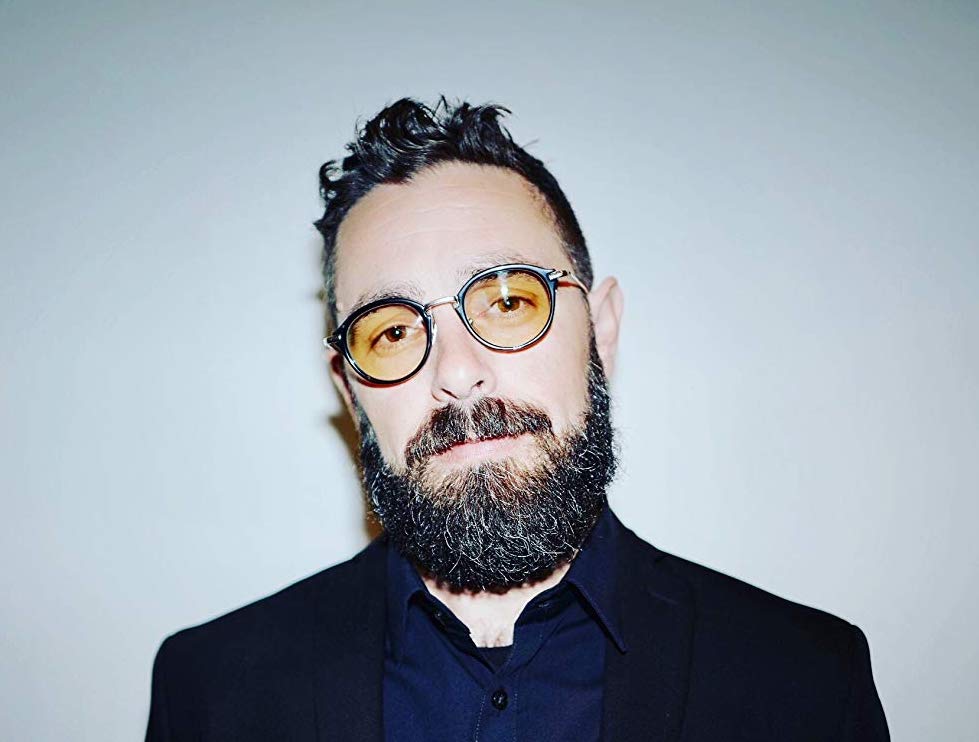 Executive Producer Eric Amadio on the freebase fury of ‘Snowfall’

S3 of the FX crime drama Snowfall exploded back onto screens last week, wading fans back into the tensions of Los Angeles in the 80s and the crack epidemic that devoured the city. Exploring the true story of the origins and subsequent ubiquity of crack cocaine through a fictional lens, the show is full of depth and tension, delving into the drug trade from a myriad of fascinating perspectives.

Snowfall explores the radical business and impact of crack within and upon the city by bouncing between stories such as a young street kid hustling for power (Damson Idris) and a CIA operative (Carter Hudson) running an off-the-books enterprise to fund the Nicaraguan Contras.

At the heart of the show pounds a clearcut love for Los Angeles alongside a shrewd examination of the American dream and those forced to work outside the system to achieve a semblance of it. As Snowfall suggests, the pursuit of that dream may have turned LA into a nightmare. We caught up with Snowfall writer, executive producer and native Angeleno Eric Amadio to discuss the ideas behind the show and the striking light and dark edges of Los Angeles.

Film Daily: Yourself and fellow executive producer John Singleton are both native Angelenos and the show has a personal touch to it as a result. How much of Snowfall is informed by your personal experiences of Los Angeles?

Eric Amadio: First off, thanks for watching. It doesn’t escape me how cool it is that people actually are watching the show and taking time to talk about it, so a very sincere thank you to you and everyone who watches. You are genuinely appreciated. I, like John, am a very proud native Angeleno (executive producer Dave Andron is not from LA but worked hard to immerse himself in the show’s world via extensive research), and it’s refreshing to hear the personal elements of the show are resonating.

My history with Los Angeles runs deep. My grandfather on my father’s side, an undocumented immigrant, came to Los Angeles with only a dream, and opened one of the first Italian American photo studios in downtown Los Angeles during the late 30s.

He never worked for anyone other than himself; my father was the same. My mom’s parents ended up in LA after a failed attempt to strike it rich prospecting for gold up north – she was raised in Bell during the 50s, and actually was a typist for J. Edgar Hoover’s FBI.

I was born and raised in Southeast LA during the 80s, and the American dream was something very real in my household. However, throughout the course of my childhood, I watched this dream mutate. As our labor force disappeared and people found themselves desperate, our national culture went from the factory worker, team-first mentality of the 50s to the greed is good, money is God mentality of the 80s. In short, we went from “we” to “me”.

Things changed drastically over just a few years, and in the summer of 1984 it was like a bomb went off in our city, and things would never be the same. Crack had arrived, the profit margins were unprecedented, and average citizens who just five years prior would’ve found good work at a factory now were selling poison to their own people to avoid poverty. I watched the city I love destroy itself in every meaning of the word. If it was nothing else, it was personal.

John and I always set out to tell the story of our city through our eyes, so a significant part of Snowfall’s DNA is informed by our collective experiences growing up in LA.  That said, our end result has truly been a team effort, and given some of our show’s other incredible contributors, in all of our different departments, it’s comforting to know that an entire crew of Angelenos – some natives and some transplants – all contribute to what ends up on the screen every week.

Snowfall has drawn controversy for how some of the plot leans on Gary Webb’s divisive “Dark Alliance” stories regarding the CIA’s involvement in the crack epidemic of the 80s. How do you feel about that controversy? And how important were Webb’s stories to the development of Snowfall?

I find that, however well-intended, public controversy in an era without nuance can be quite dangerous. A long list of sources were instrumental in the development of Snowfall, and Mr. Webb’s work was certainly a respected and appreciated part of that research.

But the truth is that when building the show, we intentionally wanted to free ourselves from the true stories, to build a world that recreated the one we saw growing up, but without worrying about historical accuracies or in any way disparaging or shedding unwanted light on the actual people involved.

The show was always intended to be a fictionalized mosaic inspired by many LA stories involving drugs, crime, the grey areas of the law, and the pursuit of the American dream, some of them my very own. 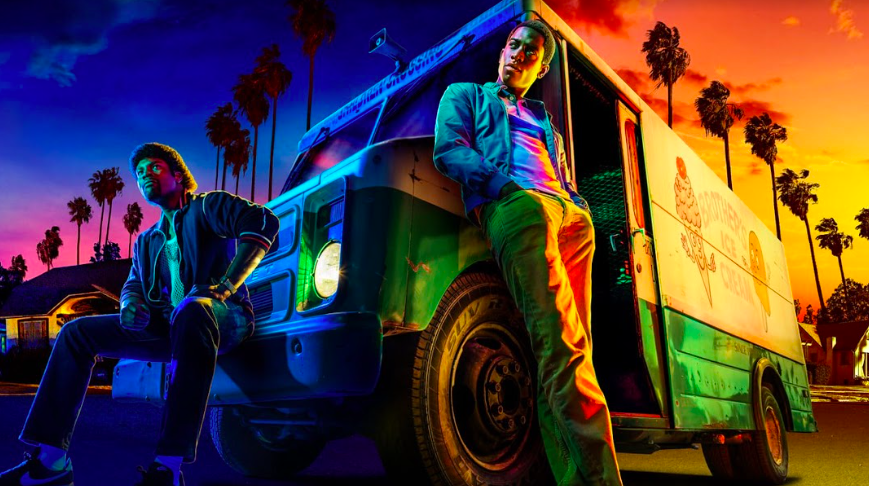 Socially and politically there are sadly more than a few parallels between some issues impacting Los Angeles (and the US as a whole) in the 80s and those happening now. Was that something you were all conscious of when creating the show?

Unchecked selfishness, intellectual dishonesty, narcissism, ambition, greed, and excess, all made possible by an “ends justify the means” mentality – these were all parallels we were quite conscious of while creating the show. The reality is that while we were aware of them, we made a point to not force any ideas or our own opinions on top of the world and our characters. We always aspired to create a show that allowed the audience to come to their own conclusions.

Considering the recent spotlight on the opioid epidemic currently ravaging the US, Snowfall feels especially timely. Would you say the show is indirectly (or directly) touching upon some of the issues of the current epidemic?

I wouldn’t say that the show is intentionally touching on what’s going on with the opioid epidemic. However, it’s hard to overlook the parallels given the similarities, and it brings to mind that old saying, “Those who don’t learn from history are doomed to repeat it.”

This is a hugely interesting time for television where many untold stories are finally being given screen time. Where do you think storytelling will go from here?

I couldn’t be more excited about the future of storytelling. Something really interesting happened in the last decade. Up until DVR’s, given the nature of how film and television were delivered in small sample sizes, the viewing audience was conditioned to evolve at only a certain rate of acceleration. That recently changed.

Bingewatching didn’t just alter the landscape of the television business, but also the landscape of storytelling as a whole. In the last five years, audiences have become unprecedentedly smarter due to the sheer amount and complexity of the long-form content they’re watching. This offers storytellers a very unique opportunity to begin writing with the heightened intelligence of their audience in mind.

When also considering how technology plays its part in this new landscape, I think we can expect storytelling to begin a new era of progression that I’m hoping has inspiring results.

Snowfall does a great job of illustrating the dual personality of Los Angeles – full of great light and opportunity on the one hand and great darkness and disadvantage on the other. With the city seemingly in another period of great tension and change, do you think we’ll see more stories reflecting these sides to LA? And is it something you’re interested in exploring in another story soon?

I certainly hope we will. In fact, my first graphic novel Garrote, which comes out later this year, is a vigilante crime thriller set in the dark underbelly of Los Angeles. There’s something exhilarating about having the opportunity as a native Angeleno to tell the stories of my city, through my lens.

So much of what I write about takes place in Los Angeles, and given my history / love affair with the city beyond Garrote, there are quite a few different pockets I’m intending to explore very soon in both film and television. 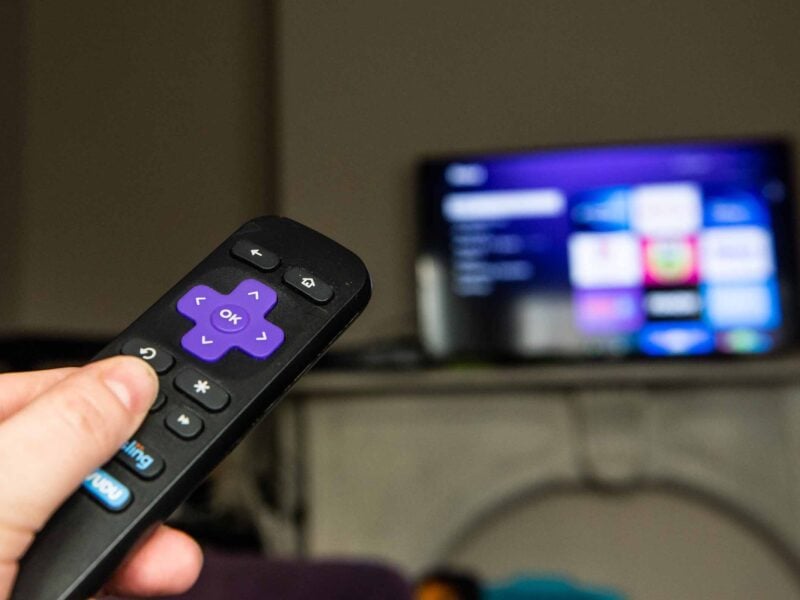