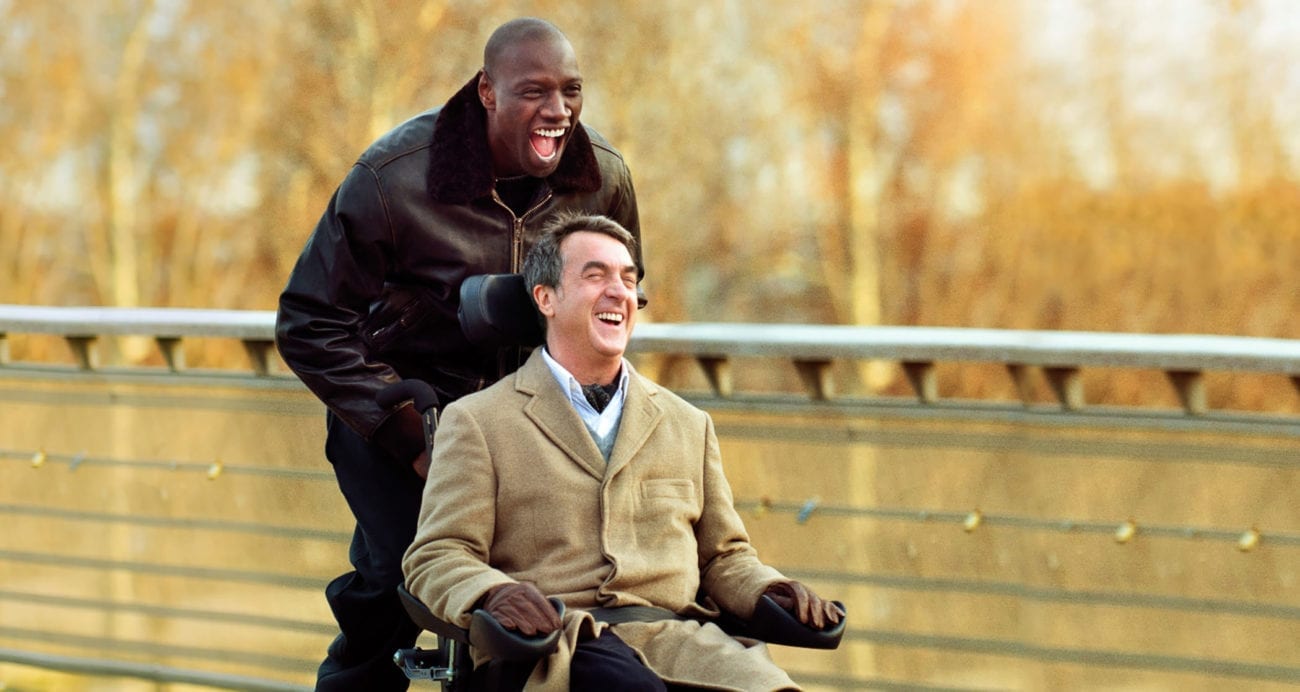 Recent years has been strong for disability representation in film. In September 2017, David Gordon Green’s Stronger and Breathe by Andy Serkis gained attention; the former stars Jake Gyllenhaal as Jeff Bauman, who became a double amputee after the Boston Marathon bombings in 2013.

Meanwhile, Serkis’s biography drama saw Andrew Garfield play Robin Cavendish – a man who became paralyzed by polio from the neck down in 1958 and went on to become a disability advocate. A notable feature about both movies: they’re based in reality. The same can be said for Gus Van Sant’s most recent release, Don’t Worry, He Won’t Get Far On Foot, starring Joaquin Phoenix (Walk the Line) as the infamous paraplegic cartoonist John Callahan.

At face value, some might question the use of able-bodied actors as leads. In fact, for Van Sant’s biopic, the director was slammed as “offensive” by Ruderman Disability Foundation for his choice of actor. However, these films contain the key to the debate surrounding disability in film.

Why is disability representation in film important?

According to statistics from the National Service Inclusion Project, an estimated 48.9 million people (19.4% of non-institutionalized civilians) have a disability. An estimated 24.1 million people have a severe disability, and roughly 34.2 million people, or 17.5%, have a functional limitation. With such a significant minority, there is both social and business value in portraying disabled stories on the big screen.

The way individuals and groups are presented in popular media can have a profound effect on how they are perceived by society at large, with the power either to create or dispel stereotypes. Actor David Proud announced, “It is the duty of the arts to highlight and change perceptions. The problem comes when non-disabled people are the only people creating the narrative.”

Rather than focusing on the choice of actors, perhaps the question should be whether members with disabilities are central to the creation of the narrative. Proud went on to point out “both films (Stronger & Breathe) actively engaged the person and families involved. Jeff Bauman was consulted on Stronger, while Jonathan Cavendish (son of Robin Cavendish) is one of the producers on Breathe.”

The issues caused by misrepresentation of disability in film

When filmmakers choose to tell the story of disabled characters using an entirely able-bodied crew, some common issues arise.

Writer & Association on Higher Ed and Disability Board Member Chester Goad outlined that, while a film might have done a good job bringing attention to certain issues, it can also introduce problematic aspects that oversell, oversimplify, or might be seen as belittling. “Silver Linings Playbook is one of those, which was a solid movie with strong performances but was nevertheless flawed.” 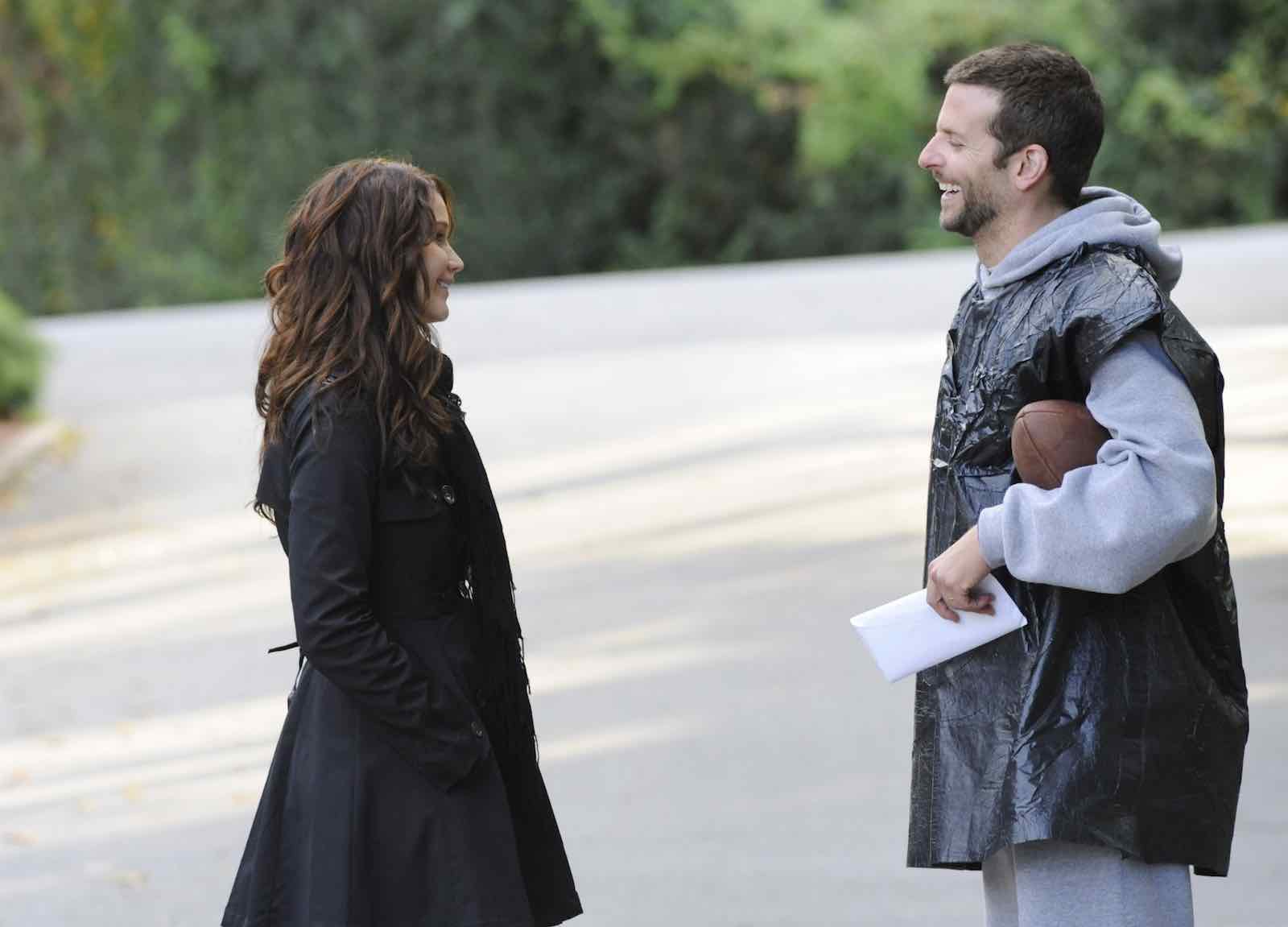 David O. Russell’s 2012 drama romance follows the blossoming relationship between bipolar Pat (Bradley Cooper) and his troubled neighbor Tiffany (Jennifer Lawrence) as they come to grips with their respective broken hearts. The film was criticized for “sending the unrealistic message that all problems are solved with a kiss.”

Early cinema perpetuated many such simplified stereotypes surrounding disability. A good example of this is the 1969 movie Change of Habit, starring Elvis Presley as a doctor and Mary Tyler Moore (Ordinary People) as an incognito nun, who join forces to help patients at a clinic in East Harlem.

Speaking to Film Daily, “stuttering standup” comedian Nina G described, “Moore, being a speech therapist, interacts with many people with disabilities. Among them is a girl with autism whom Elvis manages to cure like only Elvis could – he loves the autism out of her! Besides the bad science of the portrayal (which reflected the refrigerator mother theory of autism), it is paternalistic. Elvis the medical professional has magic hands that can cure a girl out of her disability.”

Goad pointed out, “Having a disability is only one component of what makes up an individual or character. One of the most helpful things filmmakers can do is to dispel the idea that people with disabilities need to be or desire to be ‘fixed’.”

A positive example of disability representation includes The Intouchables – the story of the relationship between a quadriplegic and his carer. The Guardian examined the way the film treats both characters. “The Intouchables centers on the parallels between an able-bodied but socially disadvantaged carer and his disabled charge. Their shared sense of exclusion renders their physical disparity immaterial.”

Looking to the future, Goad finished by highlighting the importance for filmmakers to foster an understanding that individuals with disabilities do not wish to be portrayed as tragic or superhuman, but rather simply as people.

It would be valuable, worthwhile, and appreciated for those in film to infuse disability throughout their projects for the sake of diversity. Take steps to avoid stereotypes and storylines that reinforce the narrative that disability is “less than” or “more than” – instead opt for the notion that disability just is what it is.

Of course, at the heart of cinema is the relationship between the filmmaker and the audience: seldom an equal balance of power.

The emotions of viewers cannot legitimately be made the filmmaker’s responsibility and whether portraying disability or anything else, it’s inevitable one group or another may take offense at any expression: the backlash Van Sant received for casting Phoenix to portray the disabled Callahan for Don’t Worry, He Won’t Get Far On Foot is the perfect example.