The Gray Man, Werewolf of Wysteria, Brooklyn Vampire, Moon Maniac, The Boogey Man. Hamilton Howard “Albert” Fish was known by all of these ghastly names.

Fish was a heartless fiend of a man who raped and ate children for pleasure. After watching and reading about him, you may find he becomes regularly featured in your nightmares. Prepare yourself. 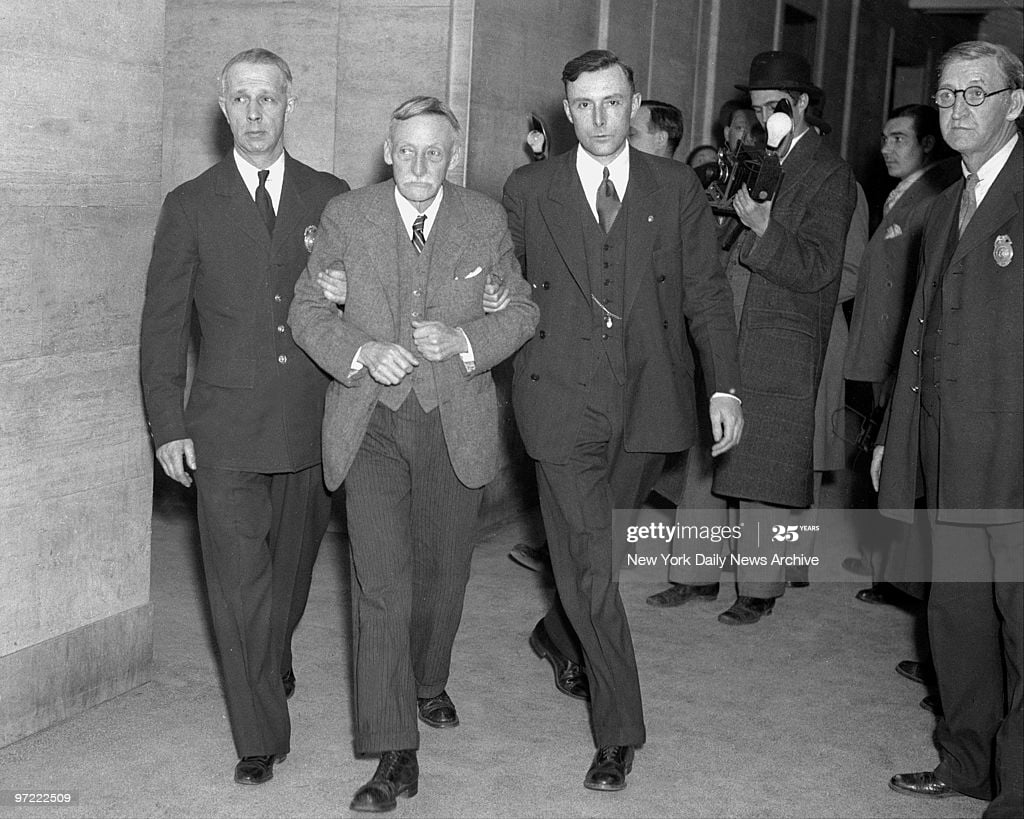 Fish’s father was 75 years old when Fish was born and died shortly after. His mother wasn’t able to take care of Fish or his siblings, so Fish ended up in a cruel orphanage. Caretakers often beat the children there and they would even encourage the children to hurt each other (a tradition Fish would later bring into the lives of his own children).

Unlike most children, Fish grew to enjoy these beatings. When his mother eventually took him back he even administered self-afflicted beatings in his spare time, soon developing a psycho-sexual fixation on the correlation between pleasure and pain. Fish became a bonafide masochist (no pun intended).

Fish’s family had a long history of mental illness. The list went from uncles, to brothers, to sisters, to his own mother. Fish’s mother suffered regular visual hallucinations. 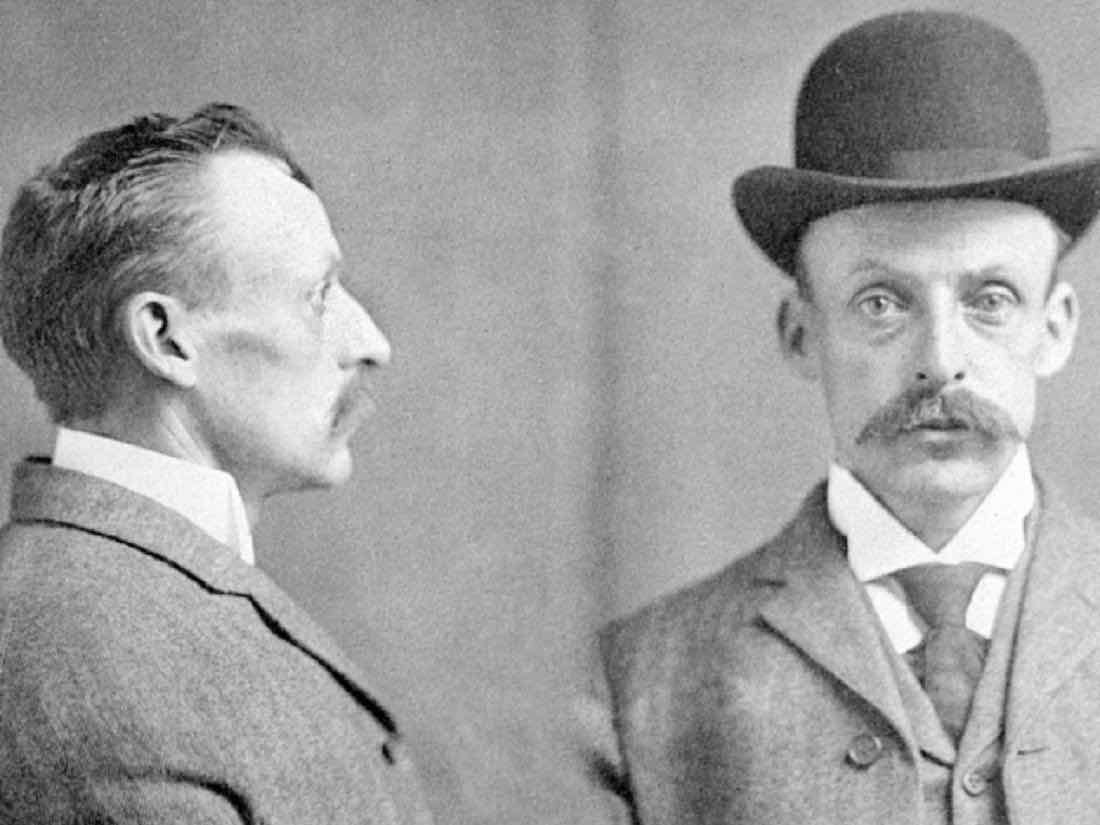 The sexual deviance and masochism of Albert Fish

Fish began experimenting with sexual self-mutilation. A favorite practice of his was to embed needles into his groin and stomach. Another fun pastime Fish had was flogging himself with a nail-studded paddle. In 1882 his relationship with a telegraph boy led him to learn he got sexual pleasure from eating human feces and the sight or thought of urination.

Ten days into their relationship, Fish locked Kedden into an abandoned farmhouse. He tortured Kedden and even cut off half of Kedden’s penis. Then, just like that, Fish decided he’d had enough for the day. Fish wrapped Kedden’s penis in a Vaseline-lined handkerchief, tossed him a ten-dollar bill for his trouble, and kissed him goodbye. Some say this is when Fish’s homicidal urges began to emerge. 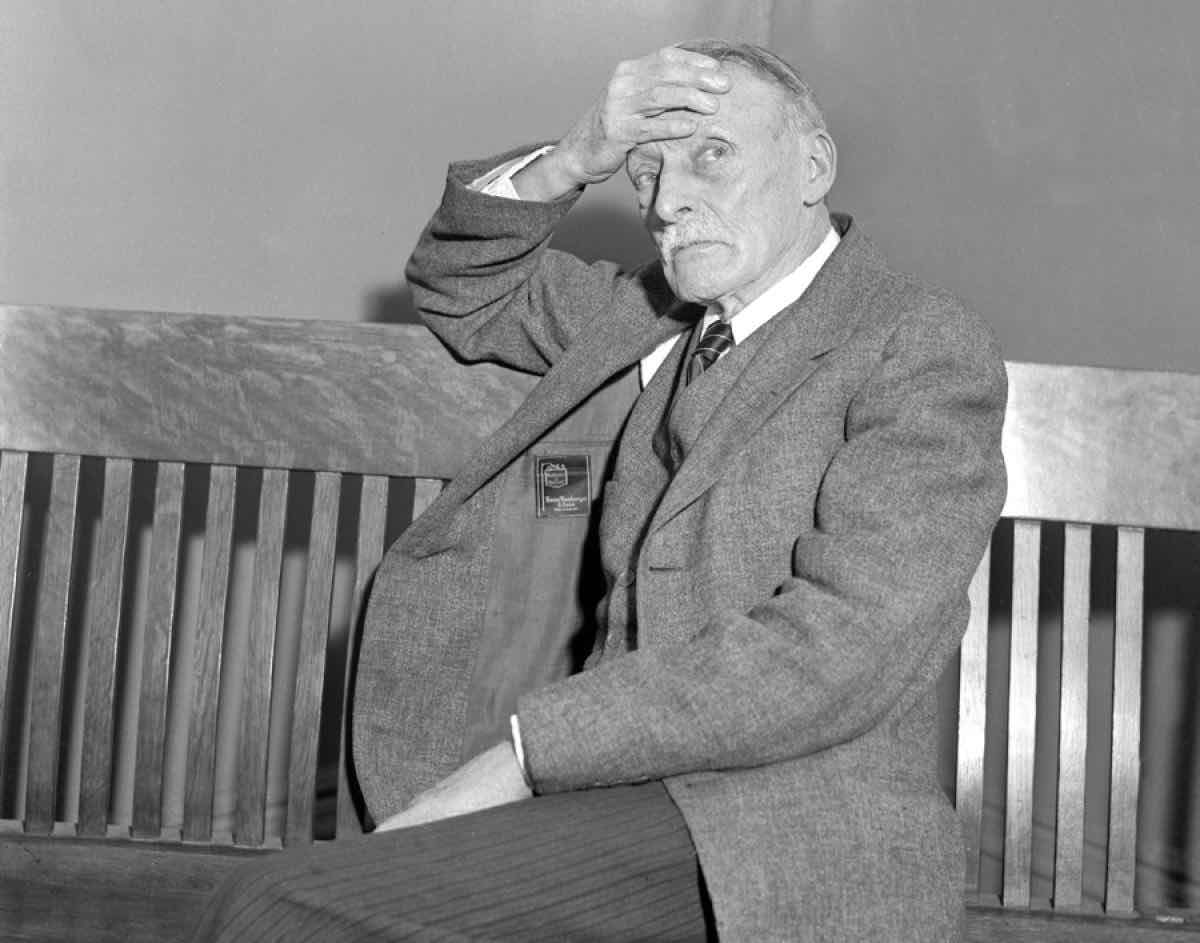 Despite his deviant habits and growing signs of mental disturbance, Fish did marry. He had six kids with a woman who later left him for a boarder of theirs once Fish became unable to conceal his mental illness. Fish had regular auditory hallucinations and his children noticed his odd ways. Luckily, they claim that the worst Fish ever did to them was teach them mildly sadomasochistic games. Other children were not so lucky.

Fish started to become preoccupied with the idea of cannibalism. Like many budding cannibals, he began by eating raw meat. When that wasn’t enough, he began abducting young children whom he would abuse, then consume.

Fish claimed to have “had” children in every state in the U.S. to police. It is unclear whether he was referring to how many he ate or how many he sexually abused. Fish would target homeless or black children in order to ensure they were people the public didn’t notice missing. He developed a technique of abducting young people looking for work in the newspaper. This would eventually be his downfall. 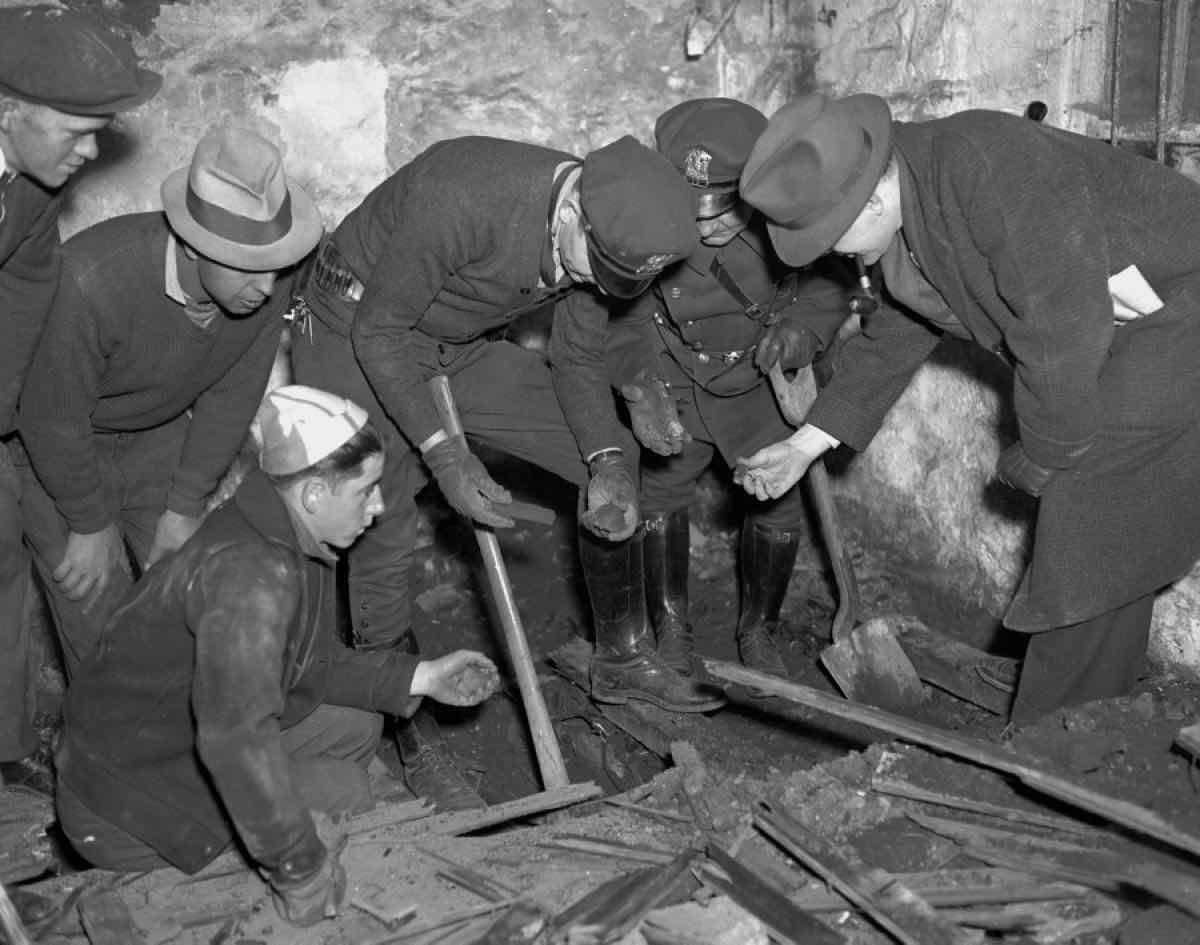 Edward Budd was an 18-year-old boy looking for farm work. Fish spotted this in an advertisement and decided to pay the family a visit. He planned to mutilate and kill Edward after luring him to do non-existent farm work. As Fish set up his trap though, he spotted Edward’s ten-year-old sister. It turned out Grace would be much more suited to his evil appetite. Grace Budd, he would eat.

Fish had visited the Budd household under the false name of Frank Howard. He told Grace’s parents that he was planning on going to his niece’s birthday party and was wondering if dear Grace would like to join him. Her poor parents consented, not knowing that watching Grace walk in hand with Fish was the last time they would ever see her.

Fish brought her to one of his houses in upstate New York and told Grace to play outside for a while. Fish undressed himself while she played, so as not to get his clothes dirty with blood, and then beckoned from a window for Grace to come inside. When Grace beheld Fish naked she began to cry and told Fish she would tell her mother. She tried to run, but Fish trapped her in a room where he proceeded to torture and kill her. 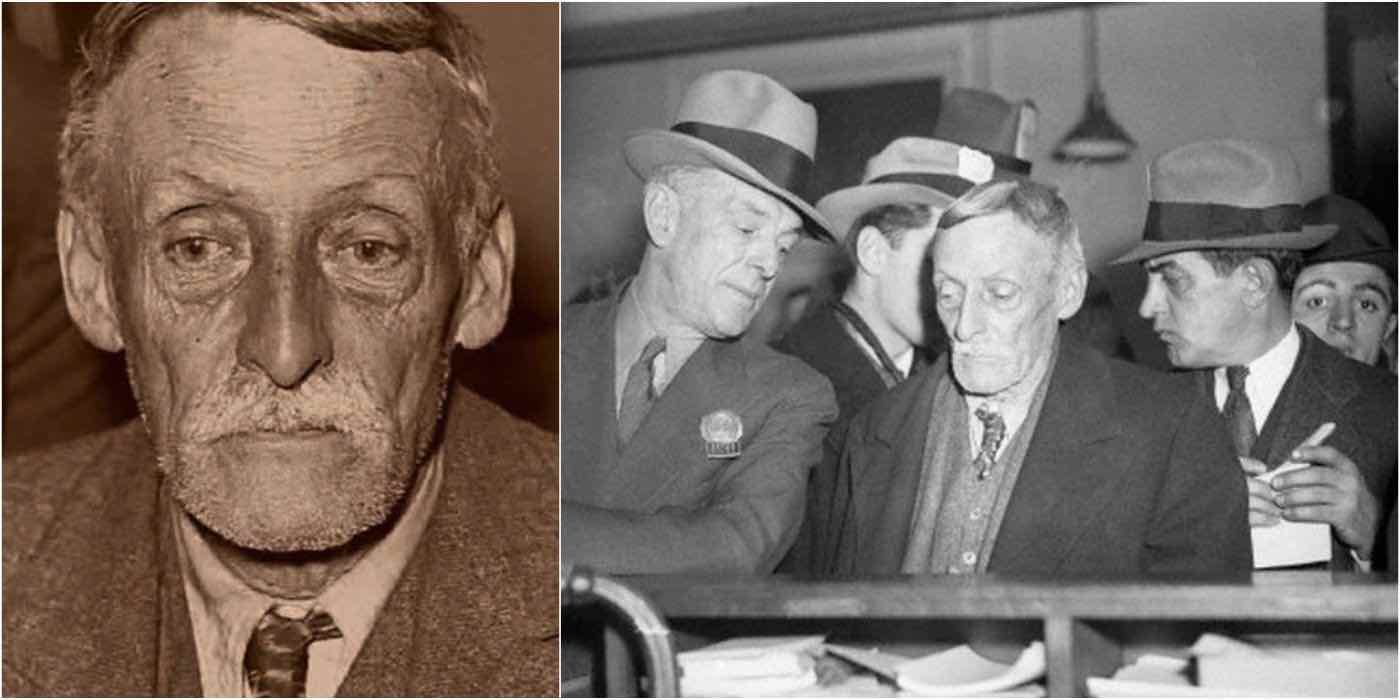 Even though Fish’s victim of choice was actually young boys, it would be this little girl who would lead to his capture. Police investigated Grace’s disappearance for six years before they found a lead. They would never guess the lead would come from Fish himself. Fish sent a gruesome letter to Grace’s mother detailing the events of her death.

He said in the letter, “First, I stripped her naked. How she did kick, bite, and scratch. I choked her to death, then cut her in small pieces so I could take the meat to my rooms, cook, and eat it. . . It took me 9 days to eat her entire body.”

He intended to get a thrill out of causing panic (he had gotten away with killing, raping, and eating so many children already), but police were able to track down his whereabouts. The paper he wrote the letter on happened to be unique to the place he was staying the night. 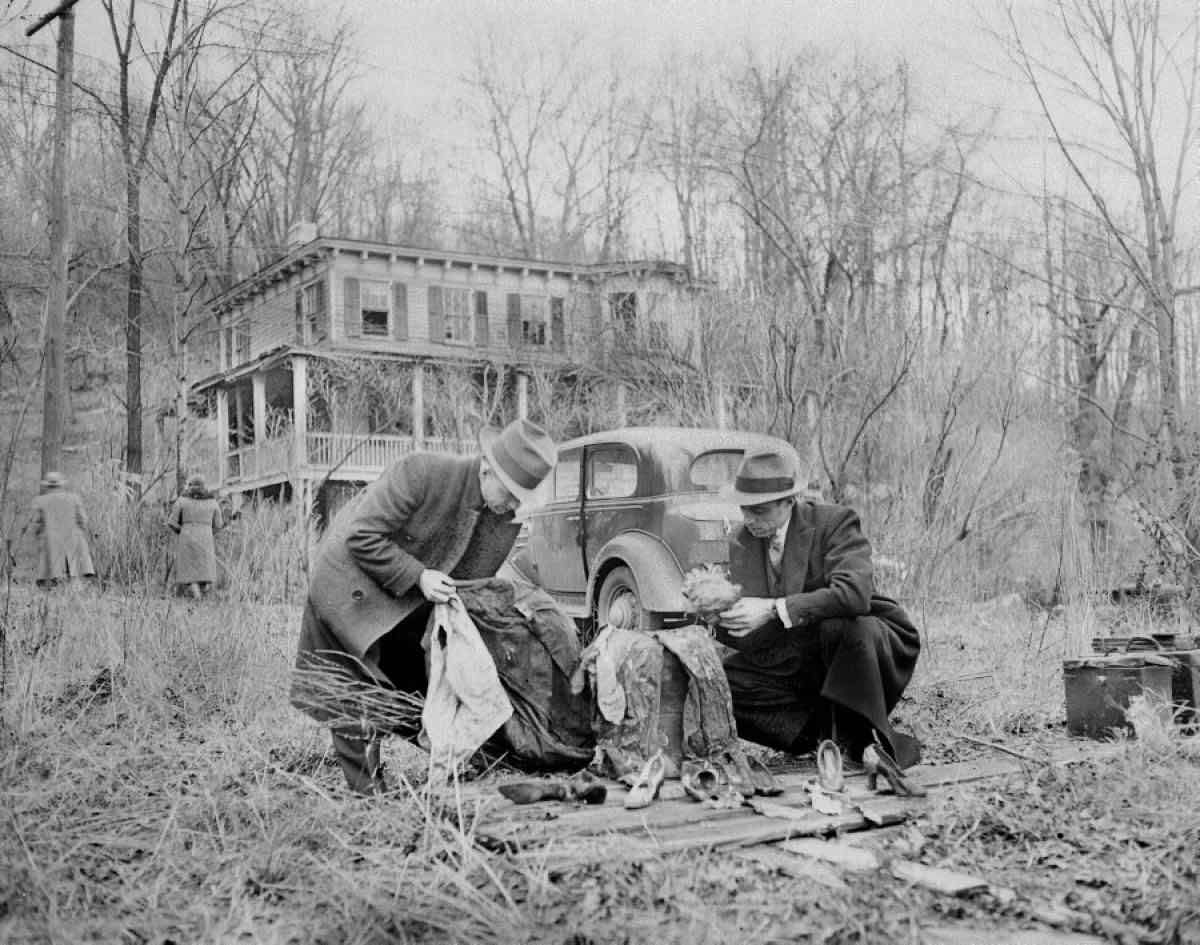 When police apprehended Fish he confessed without any pressure and with much enthusiasm, so galvanized was he to divulge the details of his many murders. Of the dozens of murders he confessed to, police were only able to verify three with evidence.

When psychiatrists evaluated Fish he confessed to more than 10 sexual fetishes. Among them were pedophilia, infibulation, and exhibitionism. Fish claimed that God had instructed him to molest, kill, and eat his victims and the defense pleaded insanity at his trial. Even though Fish had demonstrably been proven insane, the jury felt he should be executed anyway.

Among one of Fish’s most brutal confessions was the kidnapping and killing of a boy named Billy Gaffney. 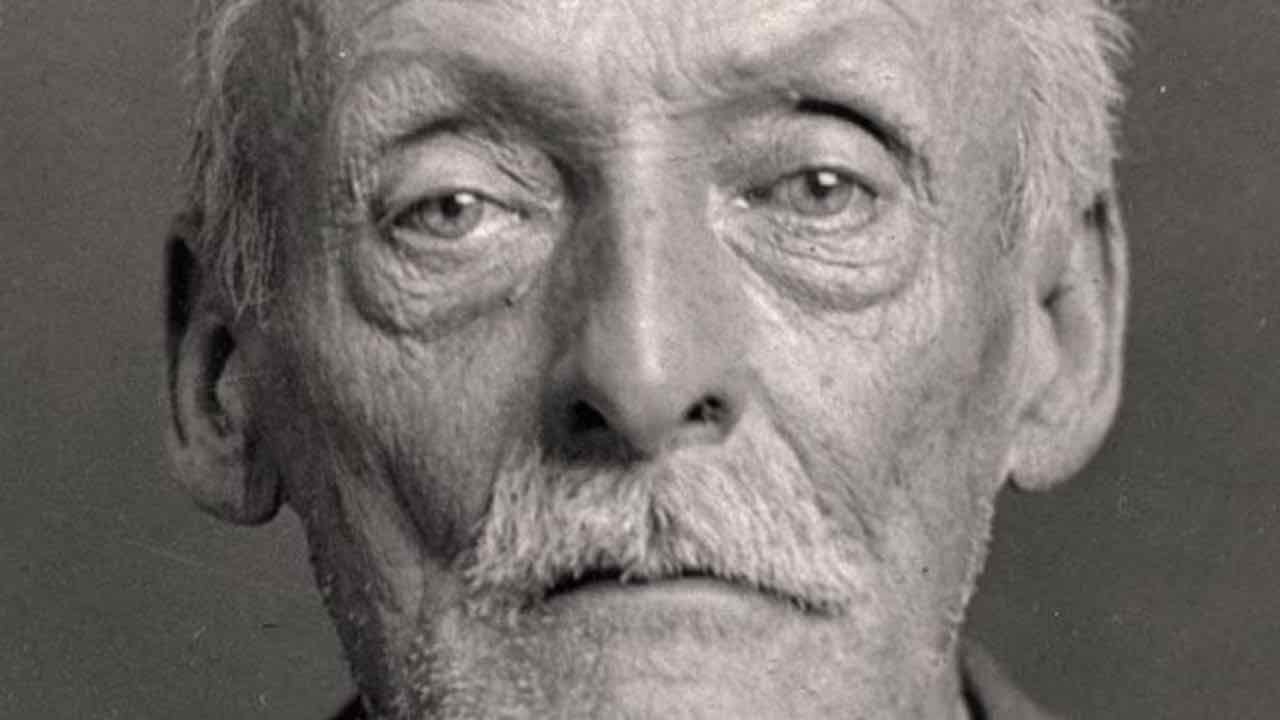 Fish recounted Billy’s mutilation in horrifying detail: “I whipped his bare behind till the blood ran from his legs. I cut off his ears — nose — slit his mouth from ear to ear. Gouged out his eyes. He was dead then. I stuck the knife in his belly and held my mouth to his body and drank his blood.”

On January 16, 1936 Albert Fish was executed by electric chair. Fish was allowed to chronicle the details of his many abductions and murders before he died. So vile were the notes that Fish’s lawyer refused to have them released.

His lawyer said, “I will never show it to anyone. It was the most filthy string of obscenities that I have ever read.” 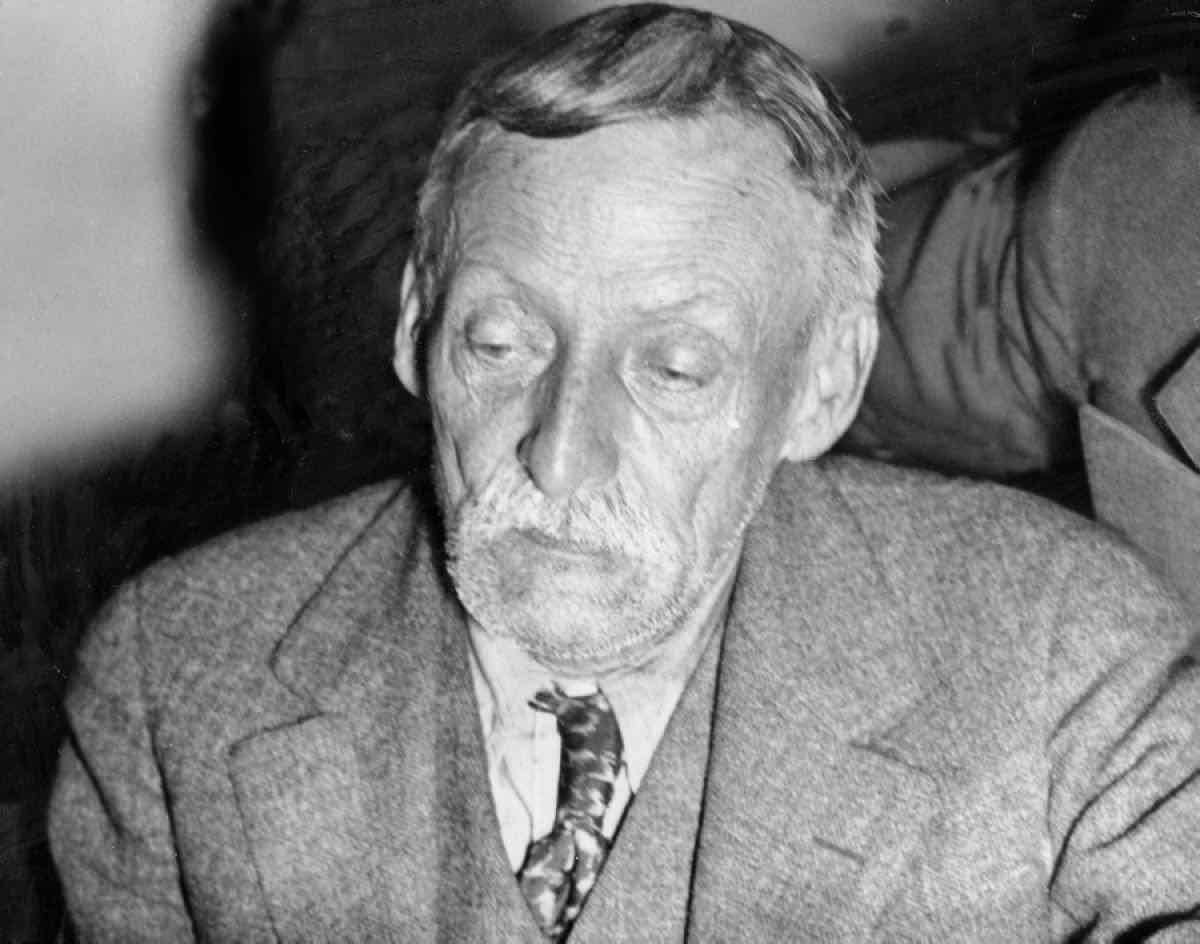 Where can you learn more about Albert Fish?

In 2007 a documentary was made by John Borowski named Albert Fish. It is a one and a half-hour feature available on Amazon Prime.

A film was also made about Albert Fish in 2007. It’s called The Gray Man and it stars Patrick Bauchau as Albert Fish. This thriller/crime movie is available on YouTube and GooglePlay.