Black Adam is almost here. It’s been four years since the first Black Adam movie and Marvel fans are gearing up for the release of the highly anticipated sequel, Black Adam. Following the death of King T’Challa, played by the late Chadwick Boseman, this movie follows Queen Ramonda (Angela Bassett), Shuri (Letitia Wright), M’Baku (Winston Duke), Okoye (Danai Gurira), and the Dora Milaje as they band together to protect Wakanda from intervening world powers.If you can’t wait to see the next chapter in this saga, here’s everything we know about how, when, and where you can watch Black Adam: 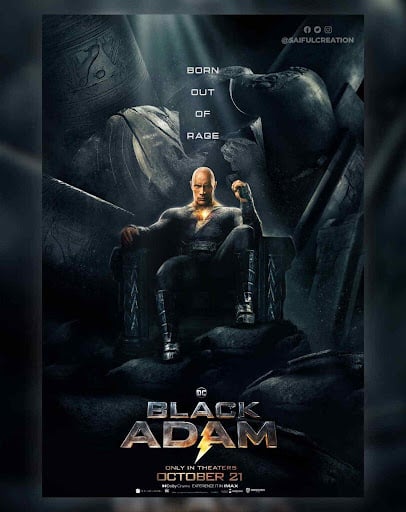 When Does Black Adam Come Out in Japan?

As with most anime, this film is getting a Japanese release significantly before it reaches the rest of the globe. Anyone looking to see the film in Japan can view Black Adam in theaters and IMAX screens on Aug. 6, 2022.

Although Black Adam is not streaming on Hulu on November 11, chances are it should be there sooner, rather than later. Marvel movies tend to stream on the service anywhere from 45 days later, to a few months later, with streaming dates TBA depending on the movie’s performance. Given this, it’s possible Black Adam could start streaming on Friday, December 30, just in time for New Year’s Eve. Alternately, if Disney wants to release it a little earlier, the movie could hit 44 days later, on December 25 as a Christmas surprise. Or, if the movie is performing extremely well in theaters, as expected, it’s possible the movie could be released for streaming outside of the 45 day window, some time in January, 2023. 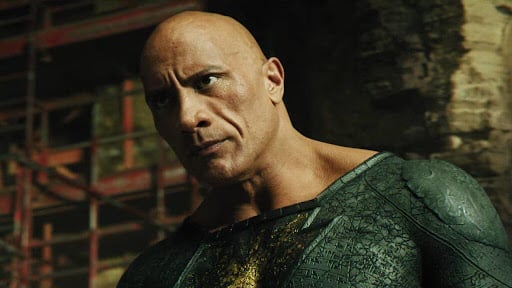 When Will Black Adam Be on Disney+?

Disney+ is a streaming service that offers Black Adam for viewing. You can watch Black Adam on Disney+ if you’re already a member. If you don’t want to subscribe, you may join for a one-month free trial and then cancel before the month ends if you don’t wish to continue the membership. Black Adam may be available for rental or purchase on other streaming services.

The Gist: Once upon a time, shit sucked. Well, shit was good before it sucked: KAHNDAQ, 2600 BCE was the original great and mighty empire, before Rome and all those other empires. The Middle Eastern city prospered until an evil king forged an evil crown with the help of six demons of the ancient world and a very rare mineral called eternium. You keeping up? This bullshit is ESSENTIAL. He enslaved his people and… it goes on, and there’s plenty of voiceover narration. Let’s just say a slave named Teth-Adam was gifted with godlike powers in order to save everyone from the evil jerks, but he was enslaved in a tomb in a structure that still stands in present-day Kahndaq, which is a police state ruled by the Intergang and a place where a hoodied kid on a skateboard radical-dudes his way through town to the tune of an old Smashing Pumpkins hit. For the citizens of Kahndaq, the world is a vampire.

The kid is Amon (Bodhi Sabongui) and his mom is Adrianna (Sarah Shahi) and her brother is Karim (Mohammed Amer), and they’re members of a resistance against the Intergang. Adrianna’s idea is to find the old evil crown and do what with it now? Run around hither and thither with it like it’s a MacGuffin, that’s what. Anyway, Intergang baddies interrupt her foray into the ancient tomb and she utters an incantation punctuated with the word “Shazam!” and kapow, with a mighty burst of CGI and a weird remix of ‘Paint it Black,’ Teth-Adam (Dwayne “The Rock” Johnson) emerges from the nether to murder the living piss out of the bad guys. He uses his never-fully-defined powers to turn them to ash or skeletonize them or simply throw them over a mountain range with nary a thought or a signature The Rock raised eyebrow. So what does the Shazam! thing have to do with the Shazam! movie from four years ago? Something, but also nothing, because this movie doesn’t get into it. 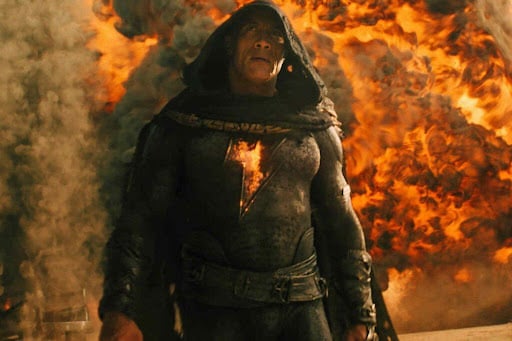 So, you might ask, Black Adam stands on its own then? Oh, you silly strawpeople, I set you up to knock you down: Of course it doesn’t! Other DC characters MUST get involved in this nonsense, since nobody’s sure if Teth-Adam is a good guy or a bad guy or what. And those characters are the Justice… Society of America. (Sad trombone? Maybe!) They are: Hawkman (Aldis Hodge), the leader, a badass with big wings and a goofy helmet; Doctor Fate (Pierce Brosnan!), a gent with a gold helmet that allows him to do things like see the future and replicate himself; Atom Smasher (Noah Centineo), who can grow into a giant; and Cyclone (Quintessa Swindell), controller of mighty winds. And bursting forth from this plot is a surely deep, intricate and layered metaphor about the U.S.’ political meddling in Middle Eastern affairs.

There is a butting of heads as Adrianna insists Teth-Adam is the new hero of Kahndaq, while the JSA folk insist he’s a threat to all of everything. “No more extrajudicial killings!” is something Hawkman likes to bellow. Meanwhile, Amon buddies up with the scowling and humorless Teth-Adam, giving him a catchphrase and stuff like that; maybe the guy’s warming up a little? I think he also has amnesia? I’m sure your brain would be a little cloudy if you’d been entombed for 5,000 years. Anyway, destiny intervenes when the real threat to all of everything shows up, a devilhorned demonic freak named Sabbac who can spurt the flames of heck from the occult sigil carved into his chest. Will Sabbac rule the wasteland or will somebody stop him? NO SHAZSPOILERS! 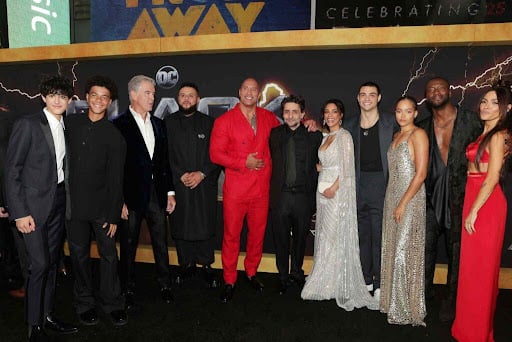