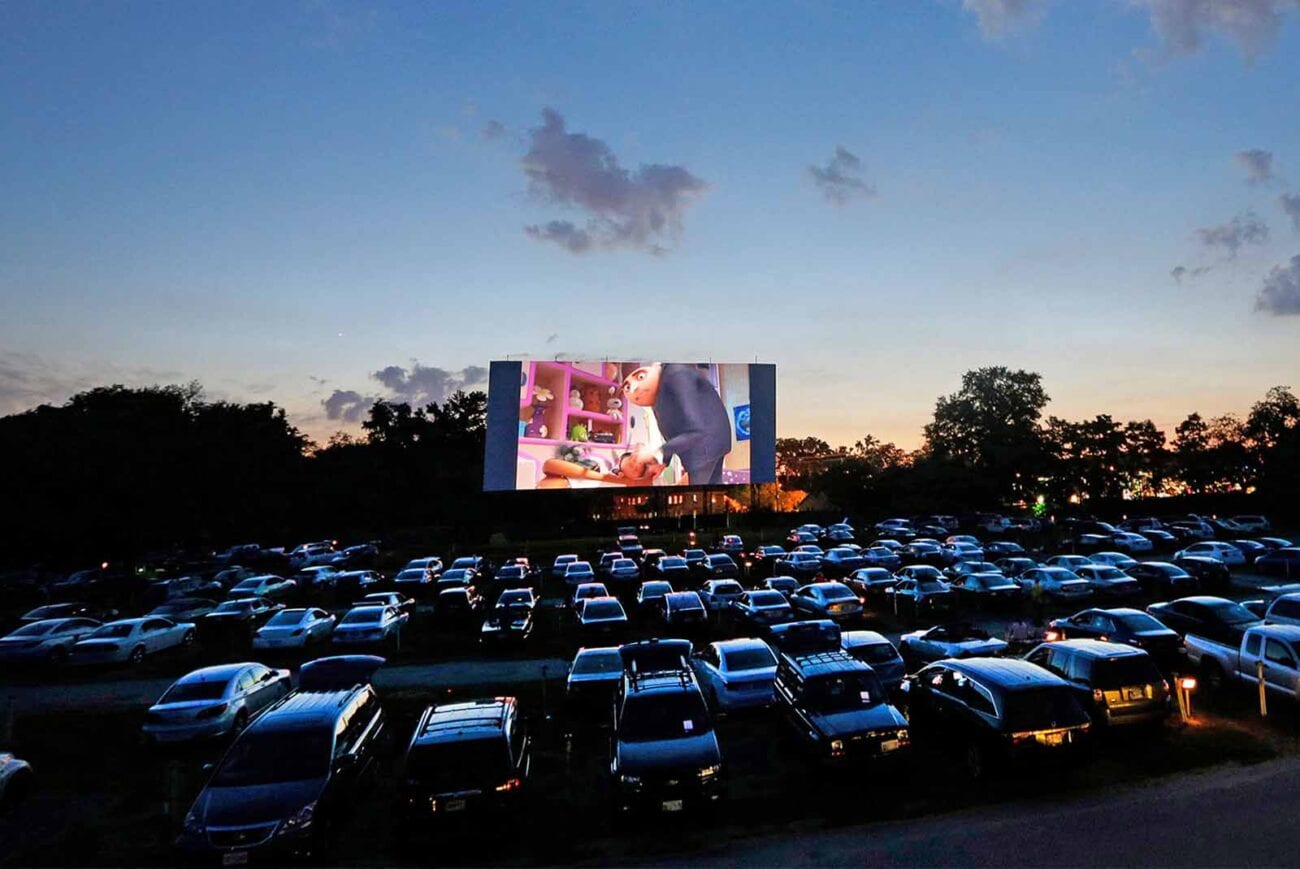 At the drive-in: The best open-air cinemas in the USA

The drive-in movie craze took the USA by storm in the 50s and 60s, going hand-in-hand with the plethora of classic Hollywood releases of the time. The image of a young couple catching a flick in their car with popcorn in their hand even appeared on the silver screen itself, with movies such as Grease! filming scenes there.

While the open-air cinema took a hit during the age of home viewing, the COVID-19 crisis has seen them come back with a bang. Following social distancing guidelines, hundreds of the venues have popped up recently and most states now have several to choose from. Some of them are old venues that have simply been given a lick of paint and reopened, while others have continued operating since the mid-20th century.

Here’s a look at some of the best ones. 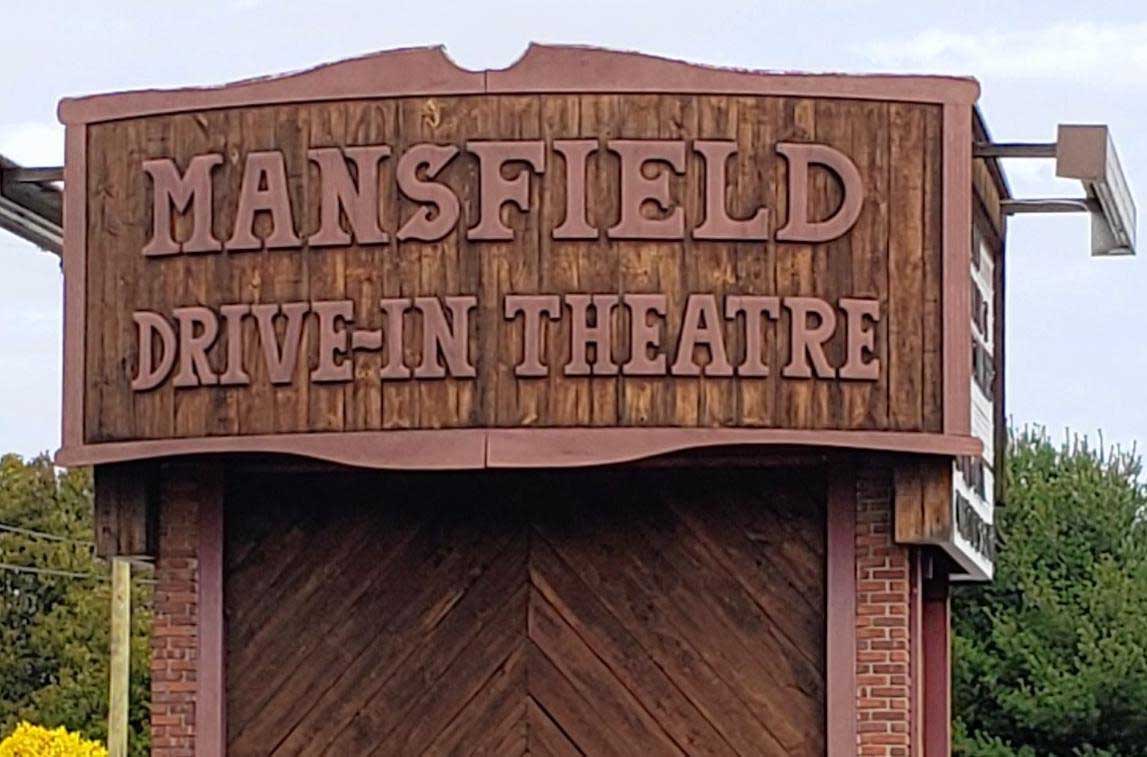 Flea markets and cinemas are not a combination that springs to mind, but Mansfield Drive-in does it well, combining three giant screens and the largest such market in Eastern Connecticut on its 40-acre site.

For movie fans, the open-air cinema always boasts the newest releases, as well as a double feature offer where filmgoers can watch two films for the price of one.

The drive-in has been standing on the site since 1954, and there are often movies from that era available to watch, as well as your classic American snacks such as hot dogs, soda and candy. 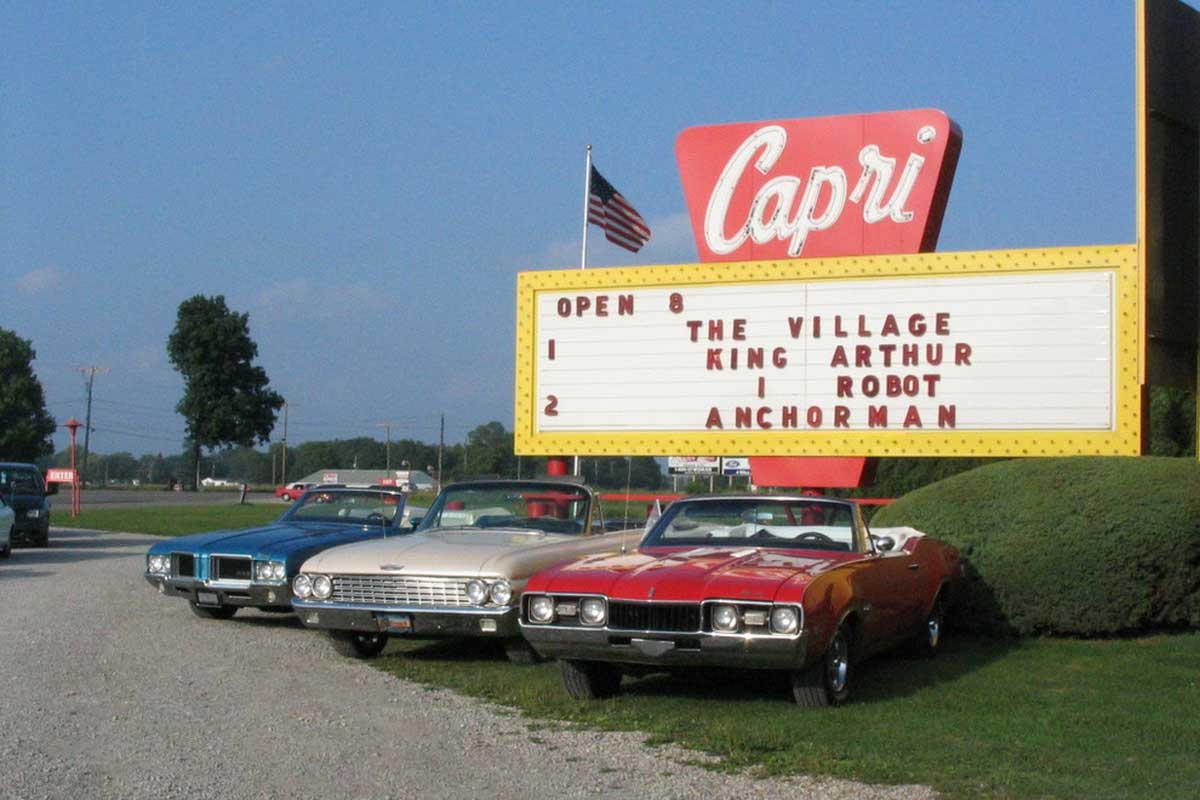 This Michigan Drive-in got its name from a competition held just after its opening in 1964. Participants had to choose a name and the winner chose The Capri. Today, over half a century later, it retains some of its old-time 60s feel with its old-fashioned ticket booths and jazzy signs.

The site marks the exact halfway point between Detroit and Michigan, so it attracts big crowds from the two areas and tickets often sell fast. Those who do get in, though, are treated to double feature movie events at the weekend, as well as drive-in concerts including the likes of Garth Brooks.

Movies start at sundown every night, which add to the atmosphere – especially during the summer months – and helped the theater rank number 2 on USA Today’s 10 Best Drive-Ins in 2016. 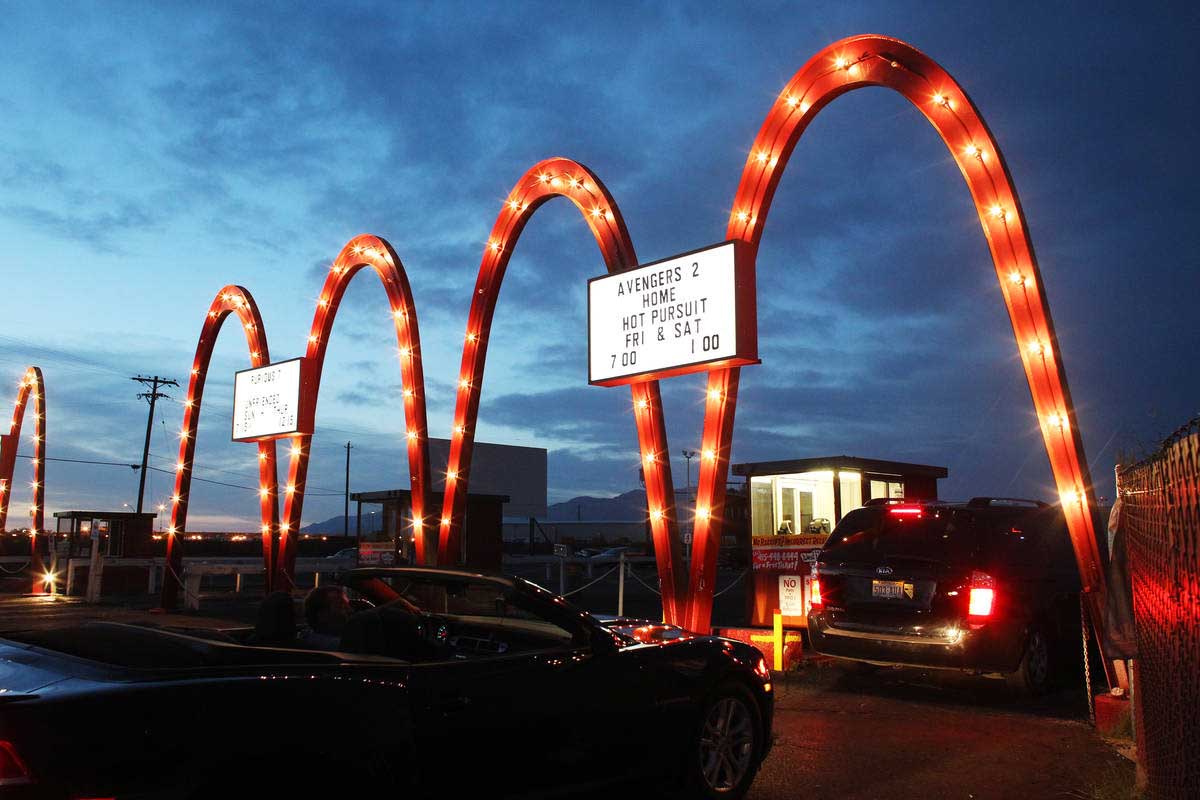 Opened at the peak of the original drive-in craze in the mid-1960s, the West Wind offers a welcome respite from the hectic nature of Sin City next door. While ordering cocktails and testing out your roulette strategy in one of the many casinos there might be fun, sometimes it’s just nice to kick back and relax – and at this outdoor venue you have six screens to choose from.

For the cheap ticket price, you can choose from new releases, which are shown at the same time as at indoor cinemas, as well as atmospheric midnight screenings of old black and white classics.

The cinema is open all year long, although you might need to turn up the car heating in the winter months, and serves as a great option for worn-out party goers, couples and families. 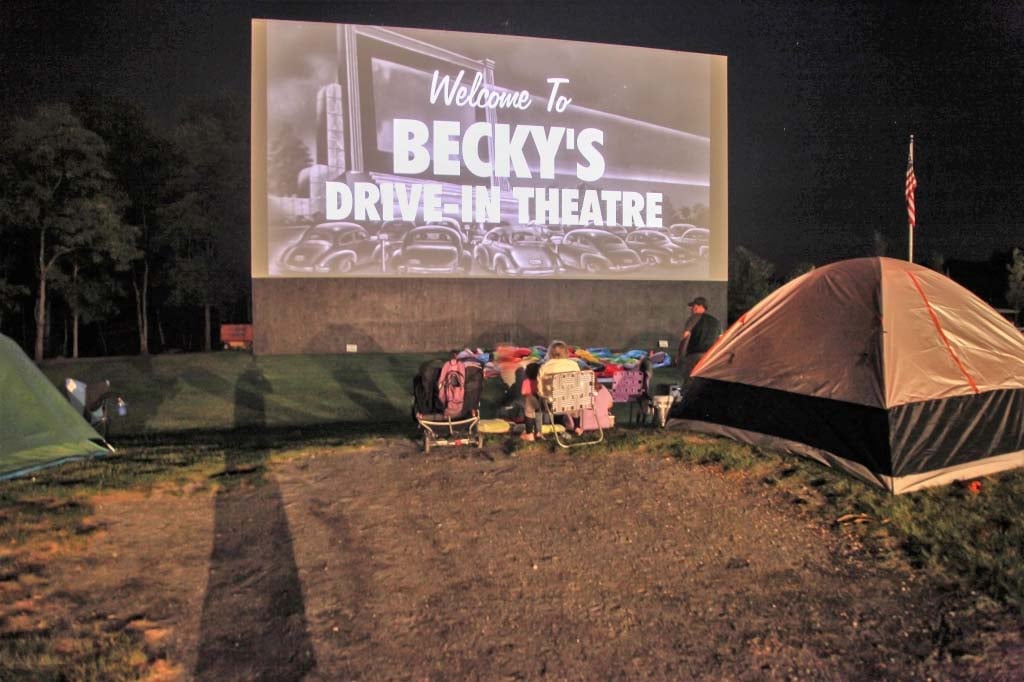 Another venue that has appeared in USA Today’s Best Drive-In list, Becky’s is a family-run enterprise that offers two screens with audio available via your car radio – a great perk if your car boasts the latest sound equipment.

Visitors to the site in Pennsylvania will also get the chance to try out a pony ride while there is also a great refreshment center, offering both full meals and movie snacks. Double features are also available here, but only between April and October, possibly due to the threat of bad weather during winter months. 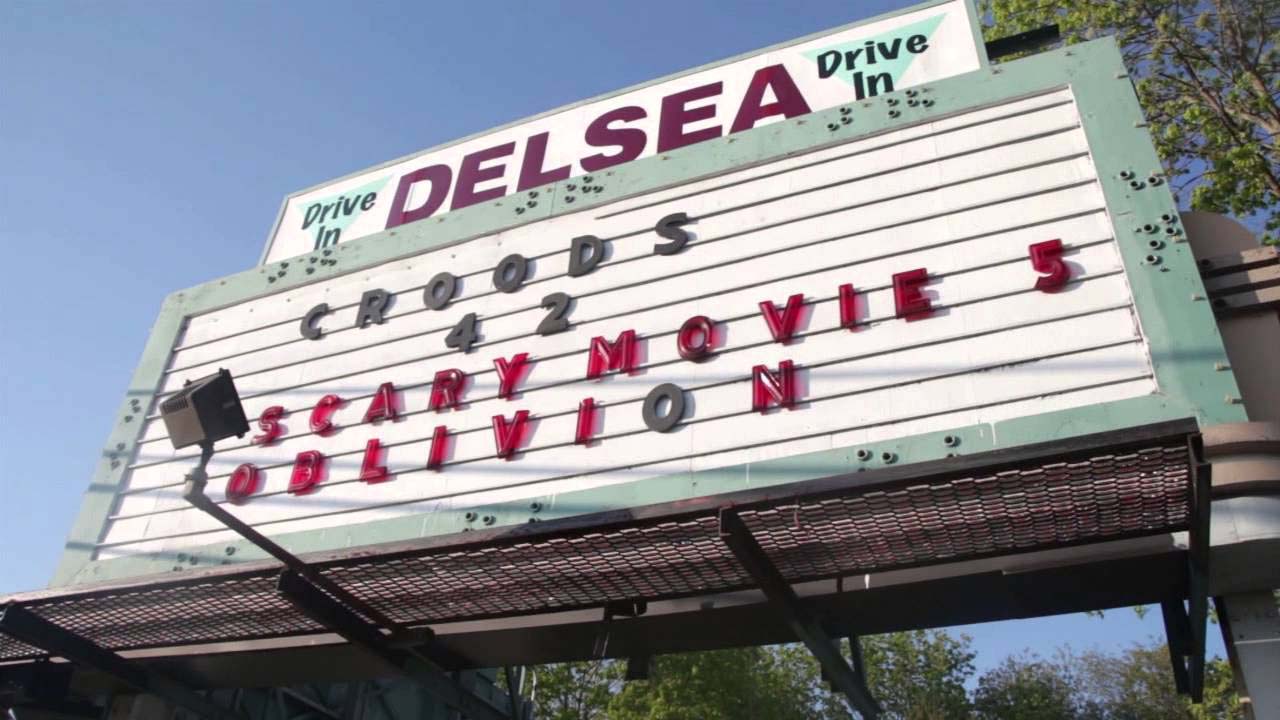 You’d think the Garden State would have plenty of open-air cinemas to choose from, but the fact is that there’s only one. The Delsea Drive-In, nestled in the leafy Vineland area, first opened in 1949 where it catered to a growing number of film fans during Hollywood’s Golden Age.

Following a temporary closure, the venue re-opened in 2004 with a revamped food menu and new pet-friendly nights on Saturdays in the Fall, so your favourite animals can snuggle up next to you while you relax in front of a movie. 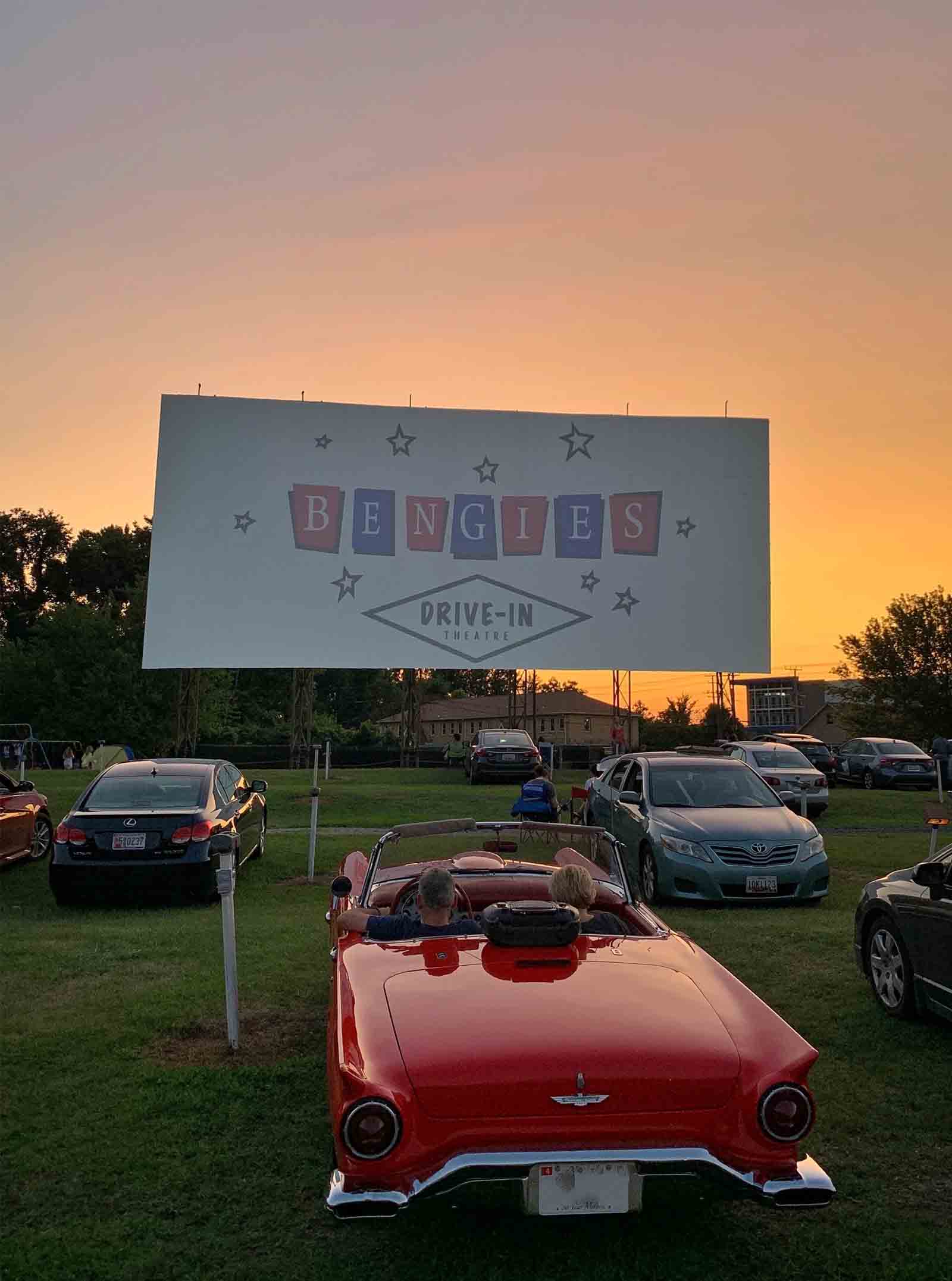 This theater, named after the 23rd U.S. President Benjamin Harrison, is located in a scenic setting in Middle River, Maryland and has been there since the 1950s.

Its claim to fame is having the largest outdoor movie screen in the country, measuring 52 feet high and 120 feet wide, so you’re likely to get a great visual experience. It also stands out for its attractive ticket offers: the price includes access to all scheduled movies that night, including triple feature showings at weekends.

Fans of historic cars can claim a treat, too: on Sundays, owners of registered classic motors get free entry. 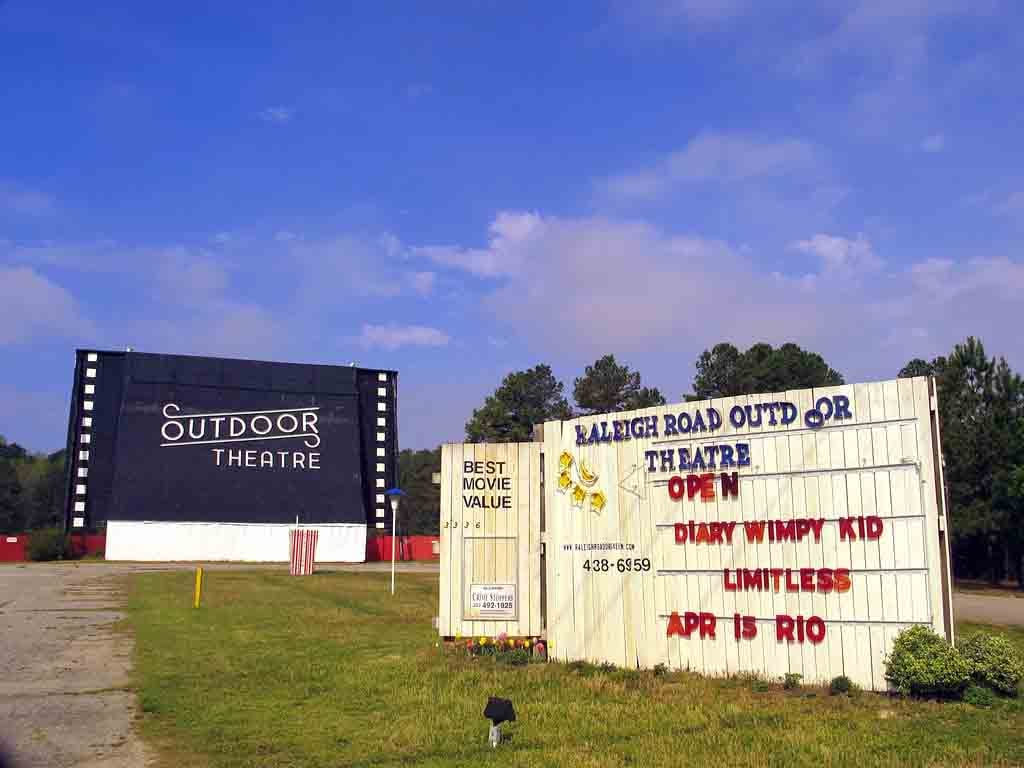 Raleigh Road Outdoor Theatre is both family-friendly and pet-friendly. With low prices for kids and adults, all moviegoers get to see back-to-back films, which is perfect for those long summer nights.

Other perks include a playground for kids and a snack bar, while in winter months there’s a special Halloween event where attendees get dressed up as their favourite spooky characters. There are also special TicketLeap bookings available for people who want a guaranteed spot for a hot movie.

The above theaters are just a few of the hundreds of venues scattered across the States. So, while the past few months have been tough for cinema fans, hit the road and enjoy the open-air experience while summer’s still here!