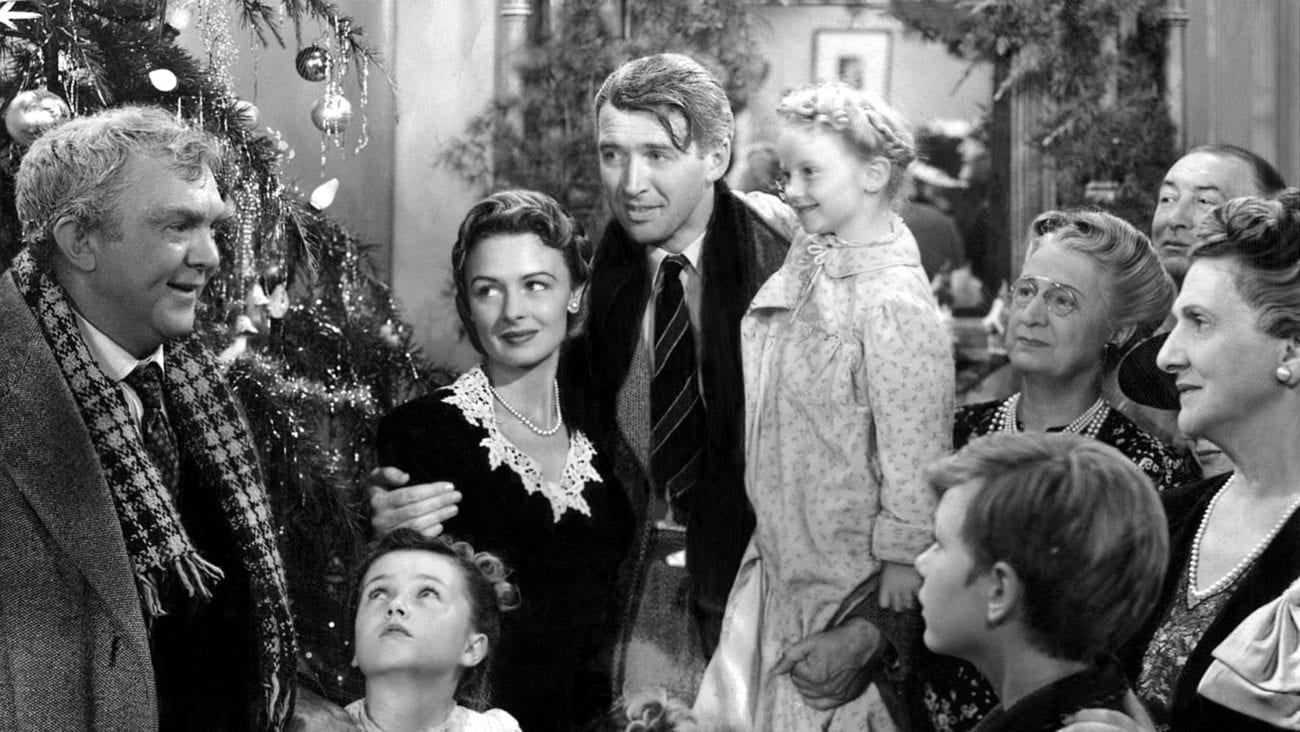 We here at Film Daily wish you the very happiest of holidays. While you’re digging into your presents, Christmas crackers*, and whatever existential dread decides to visit you this season, we thought we’d open up a bit. See, we’re serious Christmas addicts. More specifically, we’re Christmas film addicts. We’ve consumed Love Actually twenty times. We’ve watched Die Hard so much that we could power the Large Hadron Collider with the viewings. There’s also a third thing but we forgot what.

Anyways, as you’re curled up with a cup of cocoa, you might be wondering exactly what our fav films are. Have no fear, for this listicle is here. Maybe you’re also in the mood for some bold Christmas-flavored filmmaking. We thought we’d put a spell on you with our picks for the best Xmas films of all time – ever ever ever!

* Ed. note: For us non-Brits, these are those cardboard things you pull apart and they pop with a speck of gunpowder. Apparently they give ‘em out during Xmas there.

An absolute American classic. With Bing Crosby (High Society) and Vera-Ellen (On the Town) in the cast, this World War II-set musical romcom is a block of complete delight for you to guzzle down. Like taking a bite out of a whole chunk of buttery toast: scrumptious to the last taste. This Christmas film is packed full of snow and trees and songs that make your heart swoon with every beat.

A real treat that’s filled with genuine joy for everyone in the family. Daisy even reports, “I’m hypnotized by Vera-Ellen’s waist”, whatever that means. If you just want something cheery this holiday season, crack open this vintage yet ever-fresh Christmas flick.

This Christmas adventure is a bit more rogue than first meets the eye. You might be expecting something like Home Alone, with lil’ boy Ralphie (Peter Billingsley) in the lead, but it’s more of a montage of moments that weave between Ralphie enjoying his greatest present, a BB gun, and his “Old Man” dad. This film takes careful aim at nostalgia and that wide-eyed chunk of life we call childhood.

One of the real all-time great feel-good films, It’s a Wonderful Life injects James Stewart’s charisma straight into your veins. The story follows a bloke who, minutes from suicide, has an intervention from a literal guardian angel. While the material might sound a bit Charlie Kaufman (Anomalisa), it’s ultimately an uplifting tale about do-gooders and the moral goodness of the world*. It’s well worth checking out if you’re growing a bit more bah humbug about the world right now.

* Ed. note: Actually Wonderful Life’s script traces a complex undercurrent of ethics commentary, which partly explains the film’s timeless appeal. Listen carefully to the banker’s shpiel to George to understand there are in actuality many perspectives to this morality tale.

Jim Carrey (Eternal Sunshine of the Spotless Mind) had to receive training from the FBI in order to perform in his Grinch suit for Ron Howard’s take on the Dr. Seuss story. Whilst it’s utterly absurd, and borderline puerile at times, Grinch is a colorful romp. It’s not exactly the cleverest of stories, and the tone dives quicker than green eggs and ham does in your tum tum, but it’s just packed full with fun fum.

Carrey knows exactly how to squeeze all the laughter out of even the smallest of moments. How the Grinch Stole Christmas is also a strangely sweet story, one that manages to find a way to express the exact point of Christmas.

Die Hard has been lauded by everyone from your grandma to your dentist as the finest Christmas film of all time. John McClane, just an everyday ordinary cop, traverses Nakatomi Plaza in order to bring down some violent money-grubbing greedy thugs disguising themselves as thugs.

Using his ingenuity and wit, McClane (Bruce Willis) conquers utter vulnerability into taking them down one by one. He’s more than determined to spend Christmas with his family, even if it means shooting terrorist cosplayers in the face. A rip-roaring action-thriller that isn’t afraid to tussle its hero about – throw Alan Rickman’s villain Hans Gruber into the mix and you’ve got yourself a genuine, if outlandish, Christmas classic.

Speaking of weird choices, Black Christmas is a horror-slasher film that uses the Christmas aesthetic to shake you silly. The contrast between the fun holly-and-ivy Christmassy stuff and the slasher horror is equal parts hilarious and horrifying. Black Christmas is a truly unsettling film, and actually holds a special place in the slasher genre. Whilst it’s kind of ridiculous, Black Christmas is filled with a few chilling moments and gross-out stuff that’ll put a few nightmares into your noggin after the eggnog-fuelled binges of holiday joy.

Eyes Wide Shut is a soul-stirring masterpiece which tests your resilience, whilst also commenting on the nature of the audience’s relationship to film itself. It’s also, in our view at least, Stanley Kubrick’s unfinished masterpiece, with an artistic vulnerability you seldom see in cinema, as Kubrick (The Shining) passed away before completing the final edit. If you’re looking for something bold & different which uses Christmas to play with your brain, this is the film for you.

“I watched a sex scene with my parents”: The best Reddit stories 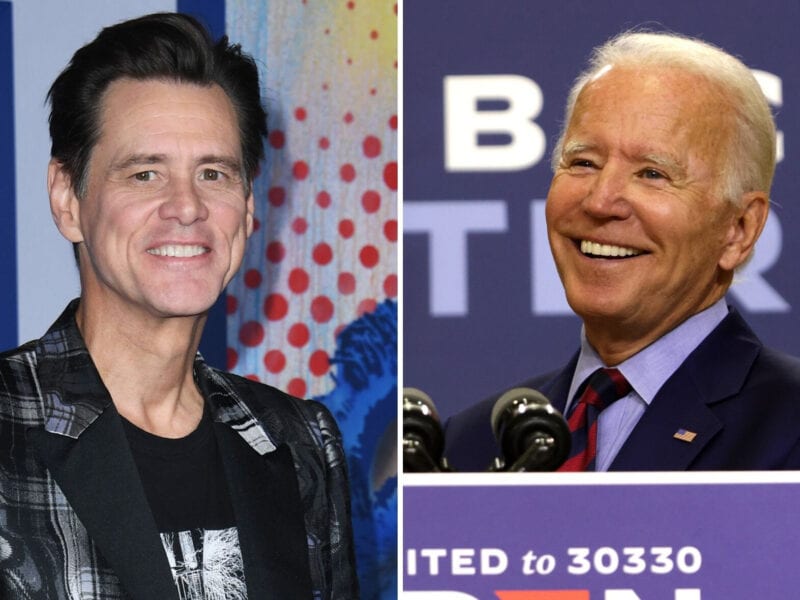 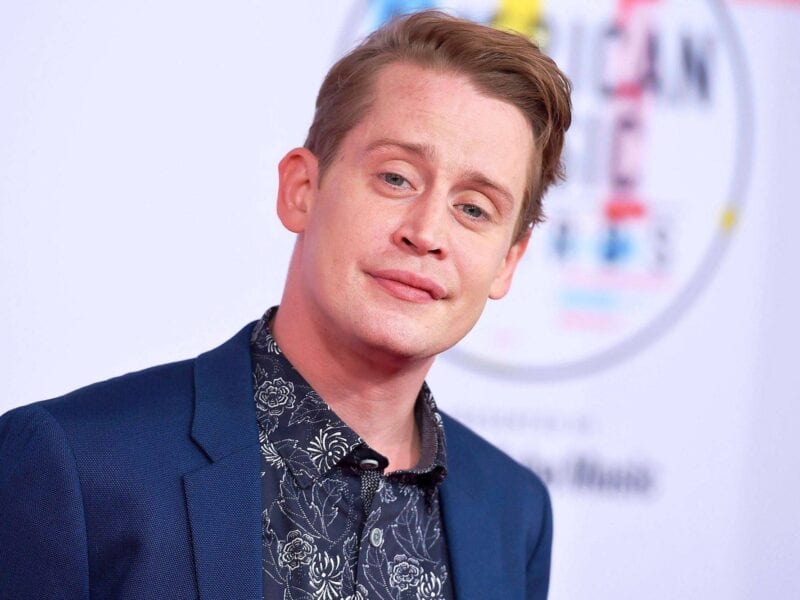 Macaulay Culkin and other iconic 90s child stars: How old are they now?