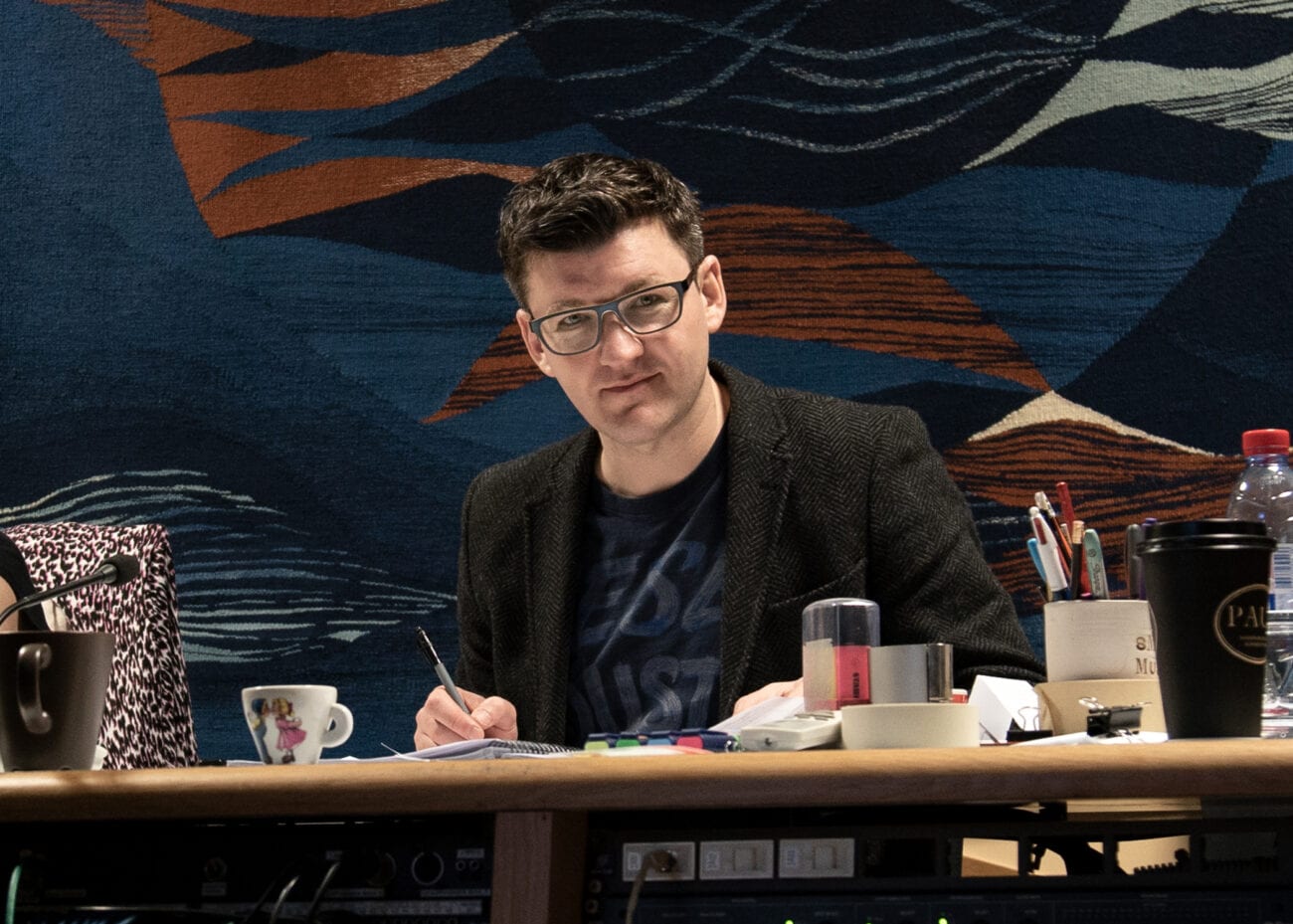 Benji Merrison is no stranger to the complicated world of film and TV composing. With numerous projects and even an Emmy nomination under his belt, it’s safe to say Merrison is an experienced composer.

So when producer Larry Malkin came knocking at the door with an opportunity to compose the new action film SAS: Red Notice, it was a no brainer for Benji Merrison to try. As the film approaches release, we got the chance to talk with Merrison about his career and his work on the film’s score. 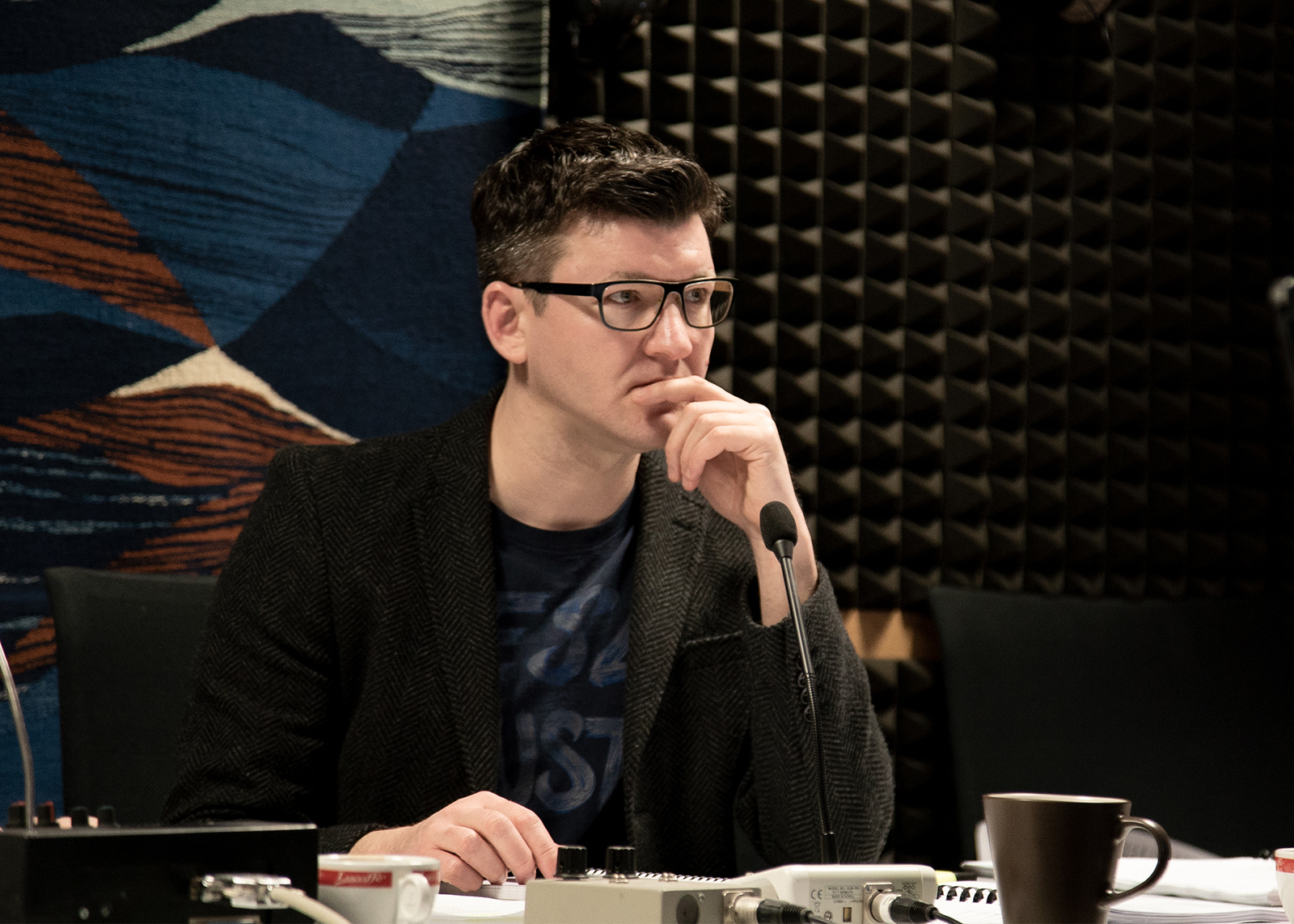 Tell us about your journey into film. What did you do before becoming a composer?

I’ve always been into music and a bit obsessed with sound. I had a piano in the house growing up, which I irritated my whole family with. Despite this, I got quite good at it.  My dad was a teacher and brought back a Roland Juno 6 from the school; It blew my mind! I bought it off them in the end and I still have it.

I then went on to study music at university, followed by a Masters in Music Technology.  My thesis was on audio-visual artforms. In the world of work, I started out working in motion graphics for a couple of years, somehow. Through this, I noticed that the music we were farming out wasn’t as good as I could do. I was vocal about this and I muscled my way into the industry.

Gradually, the music composition side of things took off. It snowballed from smaller jobs for promos and TV spots, through to bigger TV series and then onto film composition. It has been a fascinating, organic journey so far.

Was there any particular TV show or movie soundtrack that inspired you to become a composer?

Many. Too many to list here! I remember hearing Howard Shore’s score to Fellowship of the Ring for the first time and thinking “Wow, I wish I could make something like that!”. Actually, come to think of Leonard Rosenman’s score to the original 1978 Lord of the Rings is also quite cool, I love that film. More recently Sicario, some Jed Kurzel stuff is very nice. Ozark is cool. Lots of great work out there right now. 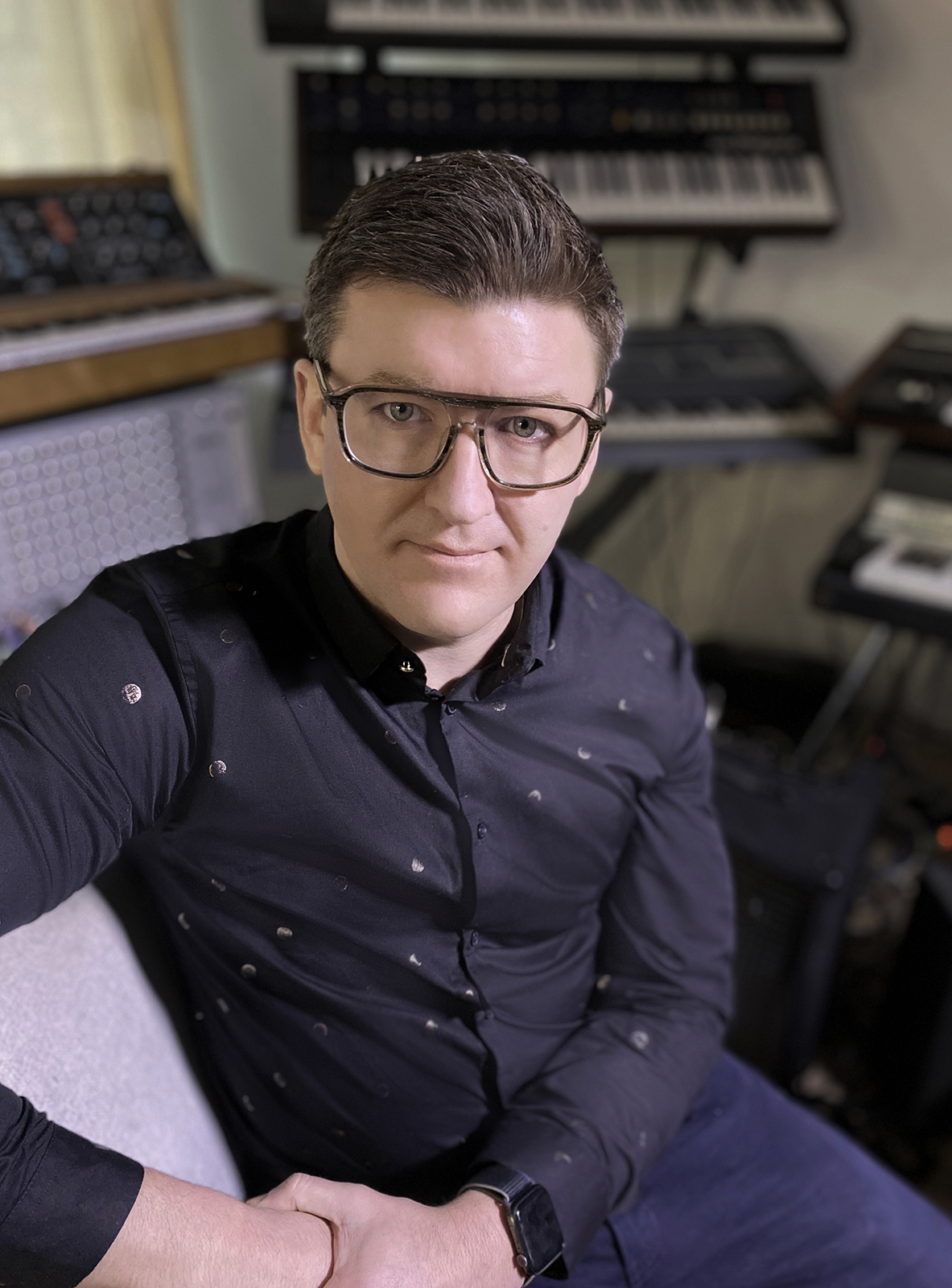 It was an awful TV ad for an unnamed company. I learned that not everything I do has to be my best work. I also learned that sometimes paid work and quality don’t go hand in hand.

Who are your current musical inspirations?

It kind of changes all the time, I’m fortunate enough to be friends with some fantastic composers producing great work right now. They are a source of constant inspiration to me. I’m playing lots of Mozart sonatas, some Liszt and Debussy on the piano at the moment.

I’m also going through some Keith Jarrett and Bill Evans transcriptions and learning loads from the amazing voicings and their stunning musical instincts. I was listening to Rite of Spring for the first time in a while the other day, and it still sounds fresh and timelessly contemporary to me. These kinds of things have always been an inspiration.

Do you have any experience with mentees? If so, do you recommend them for up and coming filmmakers?

Absolutely, at the start of the first UK lockdown I was a mentor in a virtual mentorship scheme. My mentee was a fantastic composer called Claire Batchelor. We’re great friends now and I would definitely recommend her. She’s a very versatile emerging composer, with a very warm personality. It’s great to see so many fantastic female composers out there now. Long may that continue. 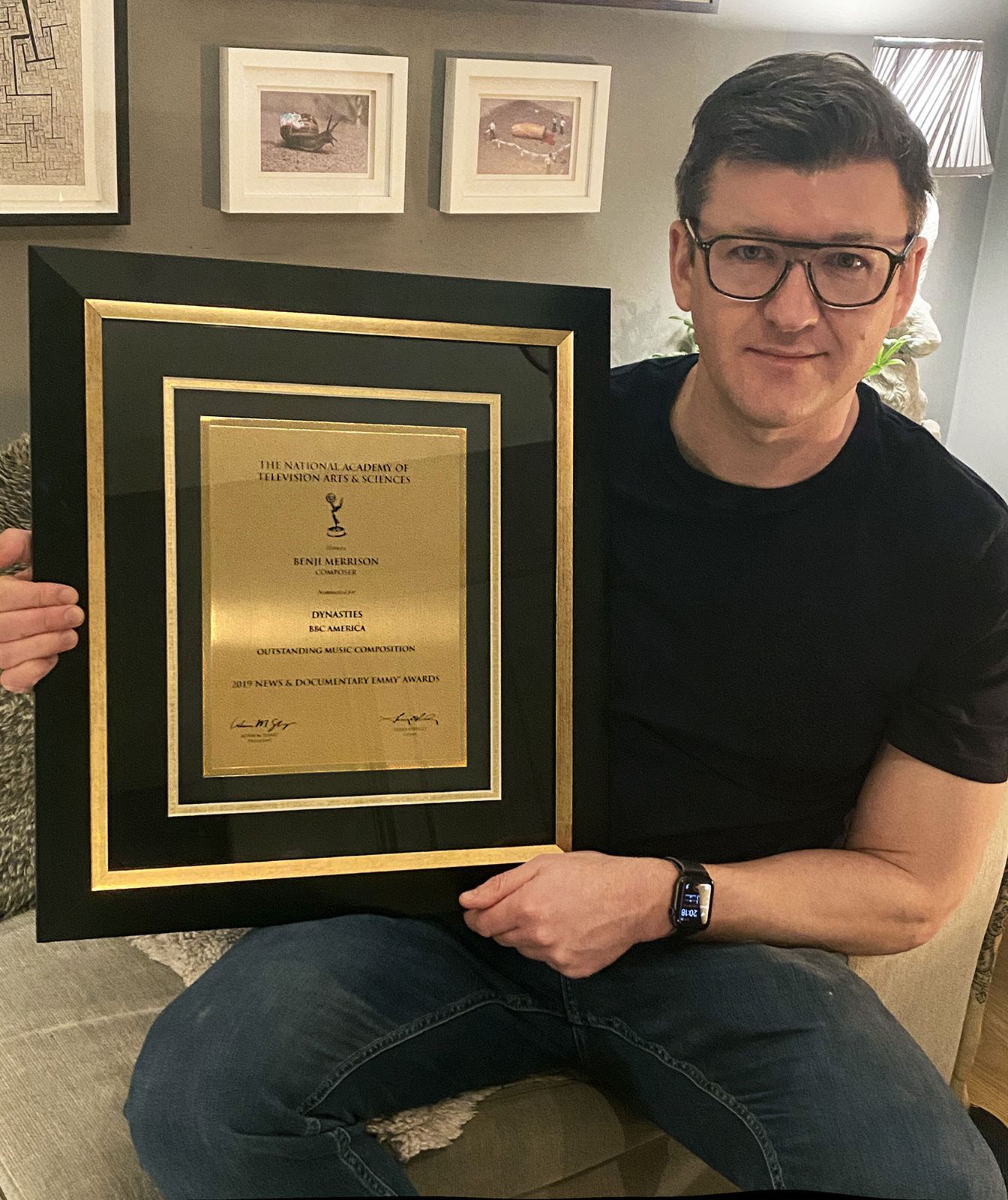 Do. Don’t think. Nothing is ever finished so don’t try.

Do you find listening to other soundtracks helps you create?

Not really. I find that a bit confusing. I might have a listen around at the beginning of a project, just to get some ideas for instrumentation, textural density, etc., but apart from that I like to write in isolation away from too many influences. I find this also helps me write something more unique. I’m not a big follower of trends or chaser of the zeitgeist.  I tend to think that if an idea or sound is popular then it’s probably well past its sell-by date.

What’s your favorite part of the composing process?

Probably a very common answer here! My favorite part is the bit at the start where all possibilities are open to you, and hopefully, you are looking at some inspiring picture or a great script. The other part I love is being in the studio with amazing musicians, whether it be a vibey experimental session or a full orchestral record. I still get a massive buzz from this!

What are five soundtracks everyone should listen to in their lifetime?

Too many to list, and it would change daily. Sorry, this is just too hard a question! 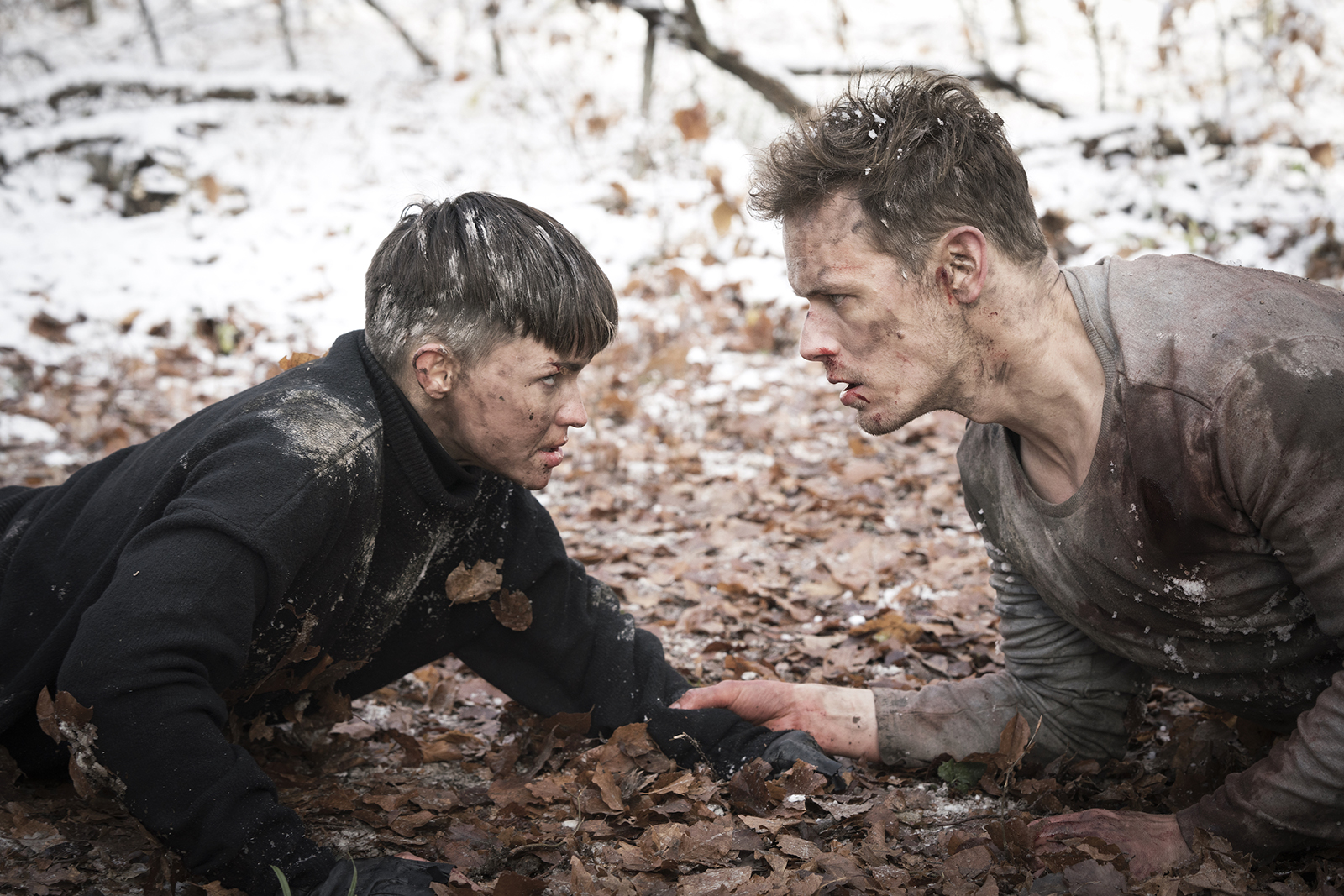 How did you get attached to compose SAS: Red Notice?

It was quite a chance thing really. I met the music supervisor, Laura Katz, at an event in LA and we got chatting about the project and the fact they needed a British composer.  Of course, I put on my most over-the-top British accent at this point!

She put me in touch with the producer, Larry Malkin. Larry rang me up and said, ‘can you be in Amsterdam tomorrow for a screening?’ Slightly flustered, the ‘yes man’ in me kicked in and I was indeed there the next day (this was pre-Covid of course). I think my enthusiasm must have impressed him because after some composition tests to picture, I got the job!

How does composing an action-heavy film like SAS: Red Notice compare to composing a more relaxed drama? Do you prefer one over the other?

It would depend. Every score has its own personality to me, which I have to learn. They are like children – occasionally they are easy, but more often they are problematic, need guidance, and keep you up at night!

There are always chunks of musical vernacular that you might need to draw upon to ease the viewer into a mindset or place of ‘genre security’. Once I have established these, I always try and subvert them. In that sense, there’s no one genre I prefer… it is more the challenge of learning and knowing the rules, and then breaking them.

What was your experience working on SAS: Red Notice?

Like the film itself, it has been a white knuckle ride, intense and a whole lot of fun! I’ve formed some great friendships and working relationships that I suspect will continue for years to come. I’m very fortunate in the doors it has opened for me so far. 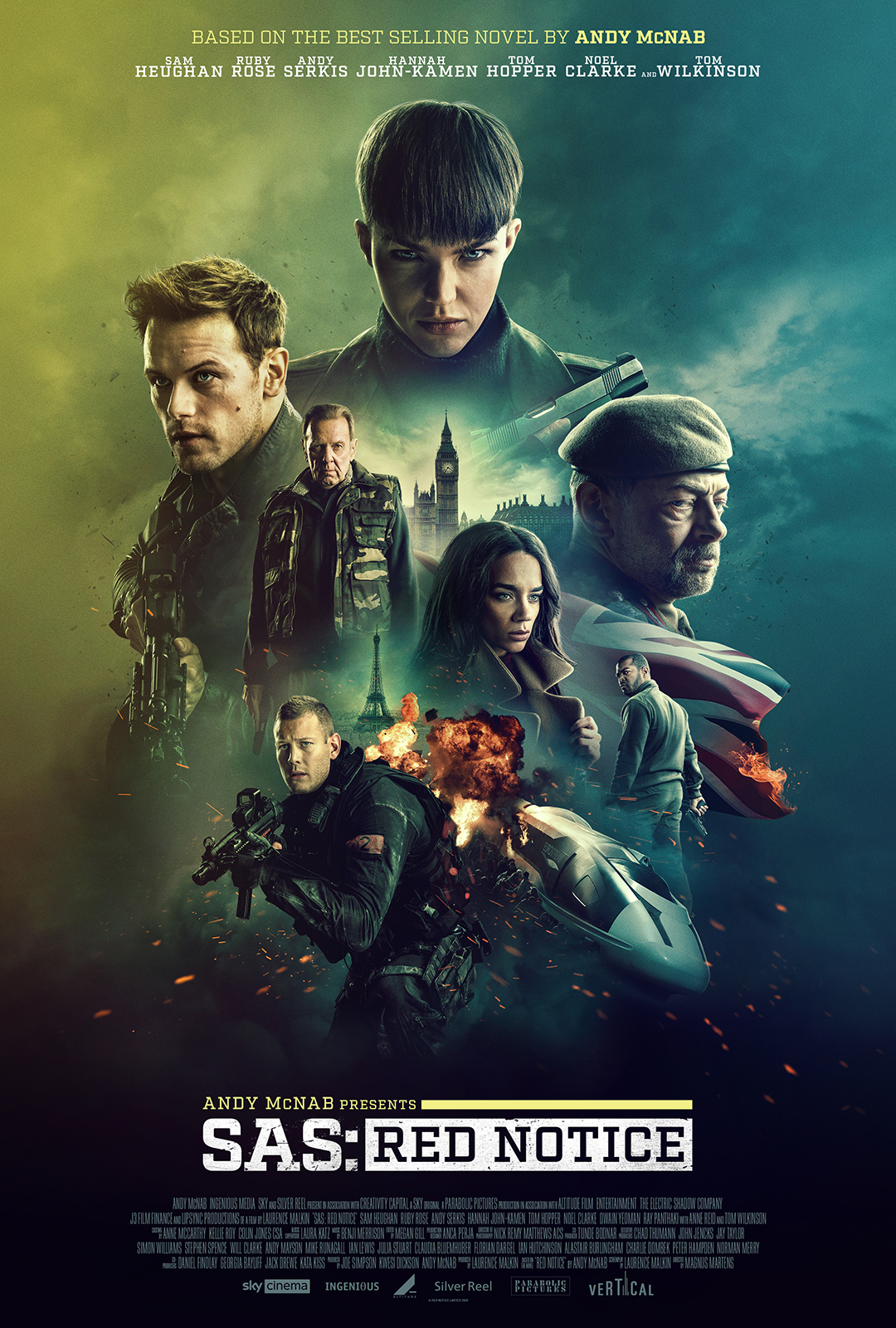 It’s no secret composers tend to wear many hats while recording. How do you juggle so many responsibilities?

Very good question. Yes, I think being a film composer has a particularly unique and wide-ranging array of skills required. You need to be a sales-person, performer, diplomat, arranger, technician, mixing engineer, programmer, librarian, accountant, project manager, social media guru, etc etc… oh, and this is all before you even start thinking about writing the music!

Today, I’m fortunate enough to have a team around me to spread the load a bit, but earlier in my career, I had to learn how to do everything myself. I actually really treasure this experience. In a sense, being good at writing music is only the first base for a film composer!

Why is it so important for movies to even have a basic soundtrack to their film?

Ha. I love the concept of a ‘basic’ soundtrack. Is that just the droney bits, without any percussion or topline writing? Sorry, the phrase made me chuckle! There are quite a few films without a musical score though, or maybe you could argue that the score is the sound design in these cases. After all, music is just ‘organised sound’ – Varèse said this, not me!

Stylistically it could be very similar, it would depend on the project of course. I’d say the main difference is often more about logistics. For example, the turnaround time per episode on a series can be very short. I’ve learned over the years to become very (very) quick at writing music when necessary. I don’t mind it either, as sometimes making a quick choice and getting on with it can be very liberating, at least for me. 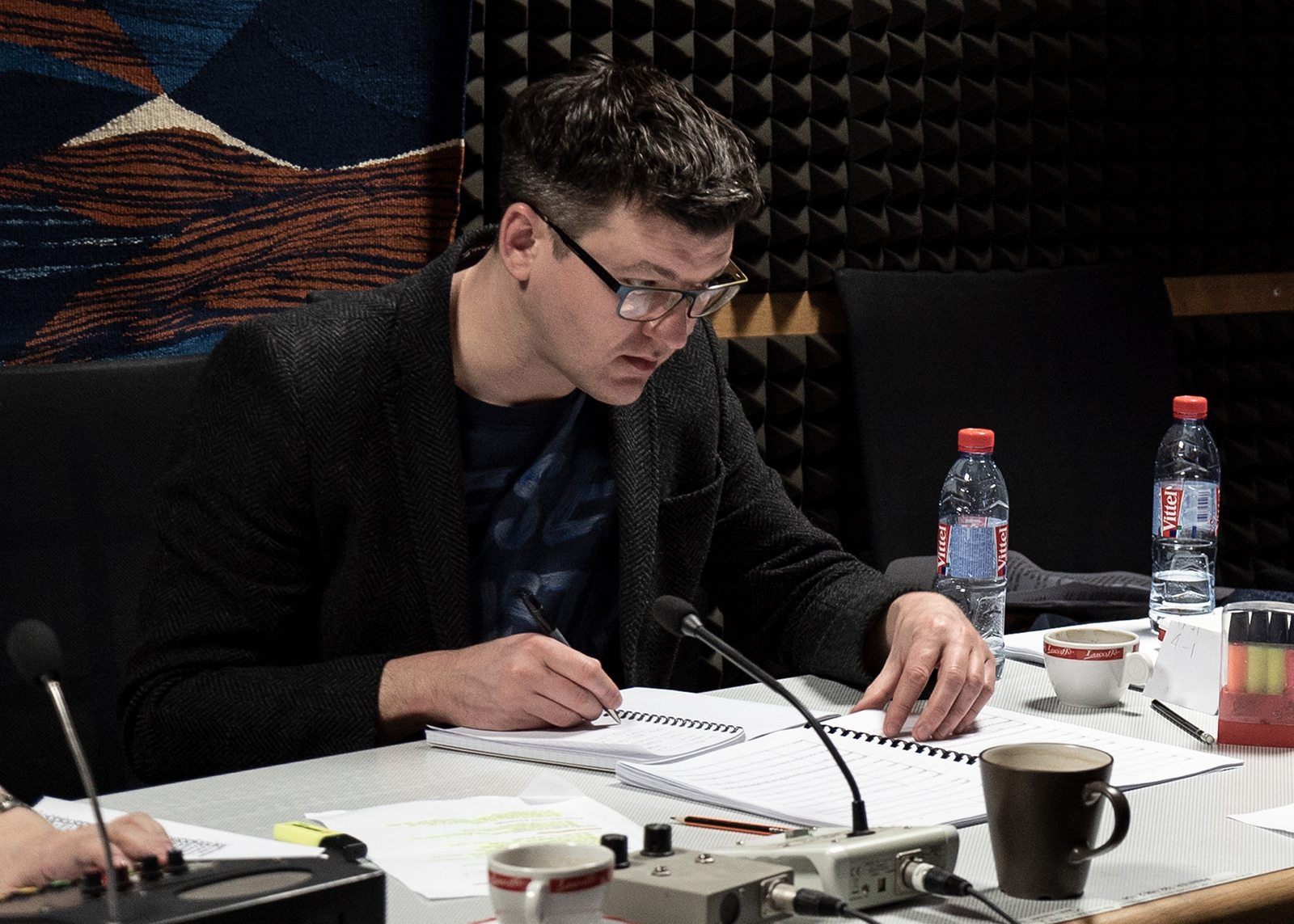 I’m happy to go wherever life takes me in the next five years. Better to enjoy every part of the journey I always think. Hopefully, I can continue working with talented directors, telling stories with interesting, moving, and powerful ‘organised sounds’.

If any composer could score the soundtrack of your life, who would you choose and why?

It would have to be my good mate and sometimes co-composer Will Slater.

It would probably end up being post-rock shoegaze score with mid 80s synth action, combined with an amazing array of South American small guitar textures, all processed through boutique guitar pedals and a bespoke one-off modular synth rig. Highly likely to be based on octatonic harmony, it would take the soundtrack community by storm. It would definitely win an Ivor!

Biggest success = my two little musical proteges, who are getting way better at Garage Band than me!

What advice do you have for up and coming musicians?

I guess it would depend on what they were trying to get into. I do often speak to young and emerging musicians and get a lot back from them also. I tend to find that any advice is better tailored to an individual.

Everyone’s journey in music is personal and different. With that in mind, don’t try to emulate the patterns or sounds of another person’s success – you won’t ever get there, and why would you want to anyway!

It’s a busy year ahead, so I feel very fortunate. I’m working on two new David Attenborough series at the moment. I have a feature on the Beatles (and their time in India), coming out very soon too. I’m excited for people to hear these new scores – I’m very proud of them.