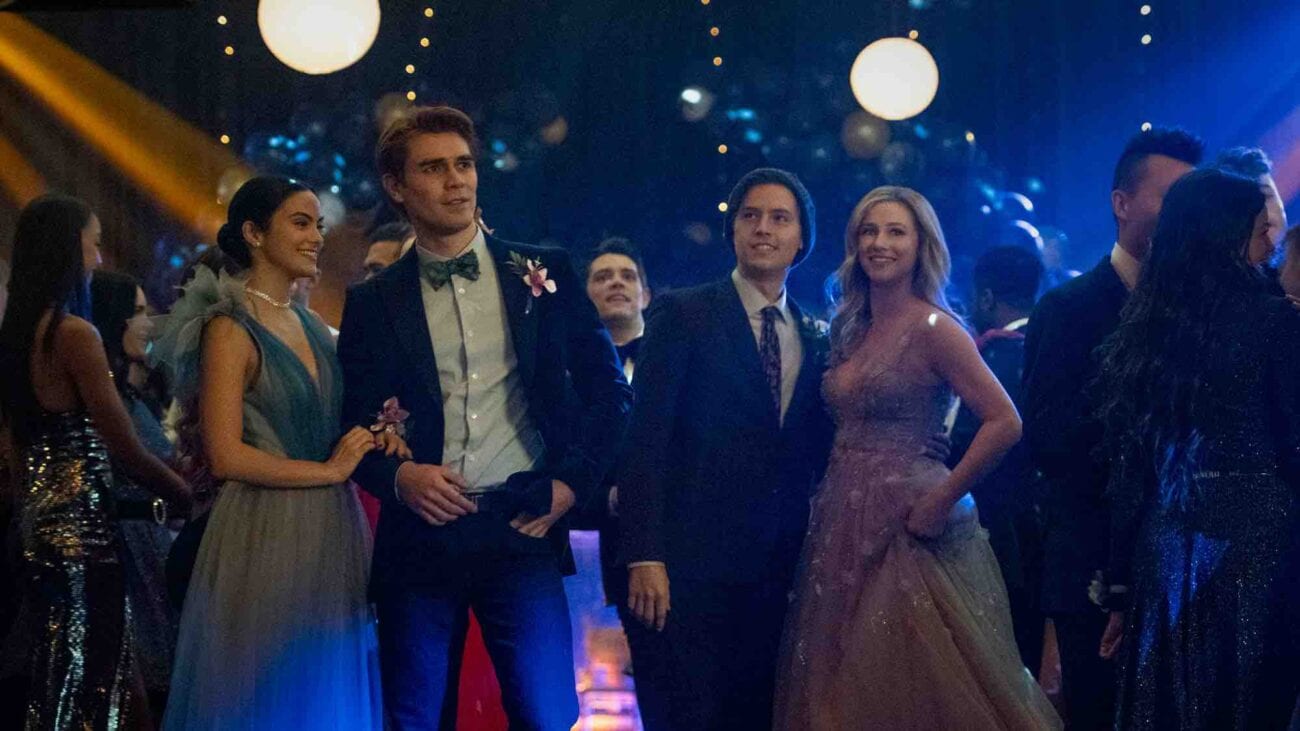 ‘Riverdale’ season 5 is back: The best Twitter reactions to the premiere

After a disastrous landfill fire that was 2020, it feels good to return to the more manageable dumpster fire that is Riverdale. The season 5 premiere for everyone’s favorite trashy, trashy series returned on Wednesday to bring us the Drama, the Secrets, and the Auteur (aka the weird dude leaving those snuff films around the town). Twitter, naturally, has some thoughts about the whole situation.

So get yourself a spiked milkshake from Pop’s Chock’lit Shoppe and settle in, we’re looking at the best reactions of Riverdale’s season 5 premiere from Twitter. From the hilarity to the WTF to the moments that did make our cold dead hearts break a little bit, these Twitter reactions cover the bold scope of the Riverdale premiere. Just, be warned, it will get full of spoilers if you haven’t watched yet.

Time for a new season of #Riverdale: pic.twitter.com/mIhwP7SZt9

Welcome back to the jungle, everyone. The inmates run the asylum and we have no idea what’s happening next. Though, this is definitely an eternal mood of Riverdale. By season 5, those of us that remain just cannot look away.

Jughead really had to wear that beanie with the suit…. #Riverdale pic.twitter.com/cdmaIh1btY

Let’s be real, for a moment, have we ever seen Jughead without that beanie? Does it just grow out of his head? We probably have seen him without when he bathes and stuff, right? That thing probably needs thorough washing. It can’t be good for his hair. Let it breathe.

#Riverdale is back to legendary levels of absurdity. Let’s go. pic.twitter.com/W1iuKUZlpw

Nana Rose is a witch and somehow linked up to the CAOS coven and you can’t convince otherwise. Keep kicking, Nana Rose.

my heart is 💔 #riverdale pic.twitter.com/SkowLcMsqa

Toni (Vanessa Morgan) and Cheryl (Madelaine Petsch) break-up in the episode because Toni’s grandparents don’t want her dating a Blossom. We’re more surprised about the family because it looked like Toni was living with Cheryl, but the two had one magical night at prom before breaking up. Ugh, our hearts.

toni: my uncle is abusive

toni: jughead kicked me out of the serpents

toni: i’m dating cheryl who hates her family as much as you do

But seriously though this is where Toni’s grandma draws the line? Not with the organ stealing cult? Here. Go off.

Please stop saying certain characters are “endgame”. Especially when we know they got a girlfriend for Jughead (Cole Sprouse) and a husband for Veronica (Camila Mendes) waiting in the wings. We know it’s not the endgame right now.

Archie when Veronica started singing the song he wrote for Betty😬 #Riverdale pic.twitter.com/0WsXhaJoCB

Maybe let’s not sing rando songs that you found laying around, Veronica. Also, Archie (KJ Apa) at least try to hide the evidence of your latest screw up. Please let him get some common sense in the time jump.

Me as soon as Veronica started singing the first verse to Carry The Torch #Riverdale pic.twitter.com/TKT2eTgn21

Us to the TV: Stop singing, V!

Seriously, the second embarrassment was too much for some of us. Yikes. Y-I-K-E-S.

The most unrealistic thing about Riverdale is that Archie’s serpent tattoo drawn with A PENCIL has lasted TWO seasons 😭😭😭 pic.twitter.com/mYpPiyZXwJ

Now that’s in our head

Has Archie just not showered? Did he make it permanent? Why is that still there? Yes, there are poke and stick tattoos, but…that’s not how you do that.

Varchie broke up. Veronica doesn’t want any drama. Just for them to go their separate ways.

This break up was so drama free lmfaoo. HELP. pic.twitter.com/u8DFtlbIaD

It really was drama free.

Cheers to literally the most drama free break-up in all of Riverdale’s history. We…we weren’t expecting it to come from Riverdale of all places.

so when is jughead finding out pic.twitter.com/EeIdNLTcz0

This will not end well

No one’s telling Jughead? Someone let him know. C’mon people.