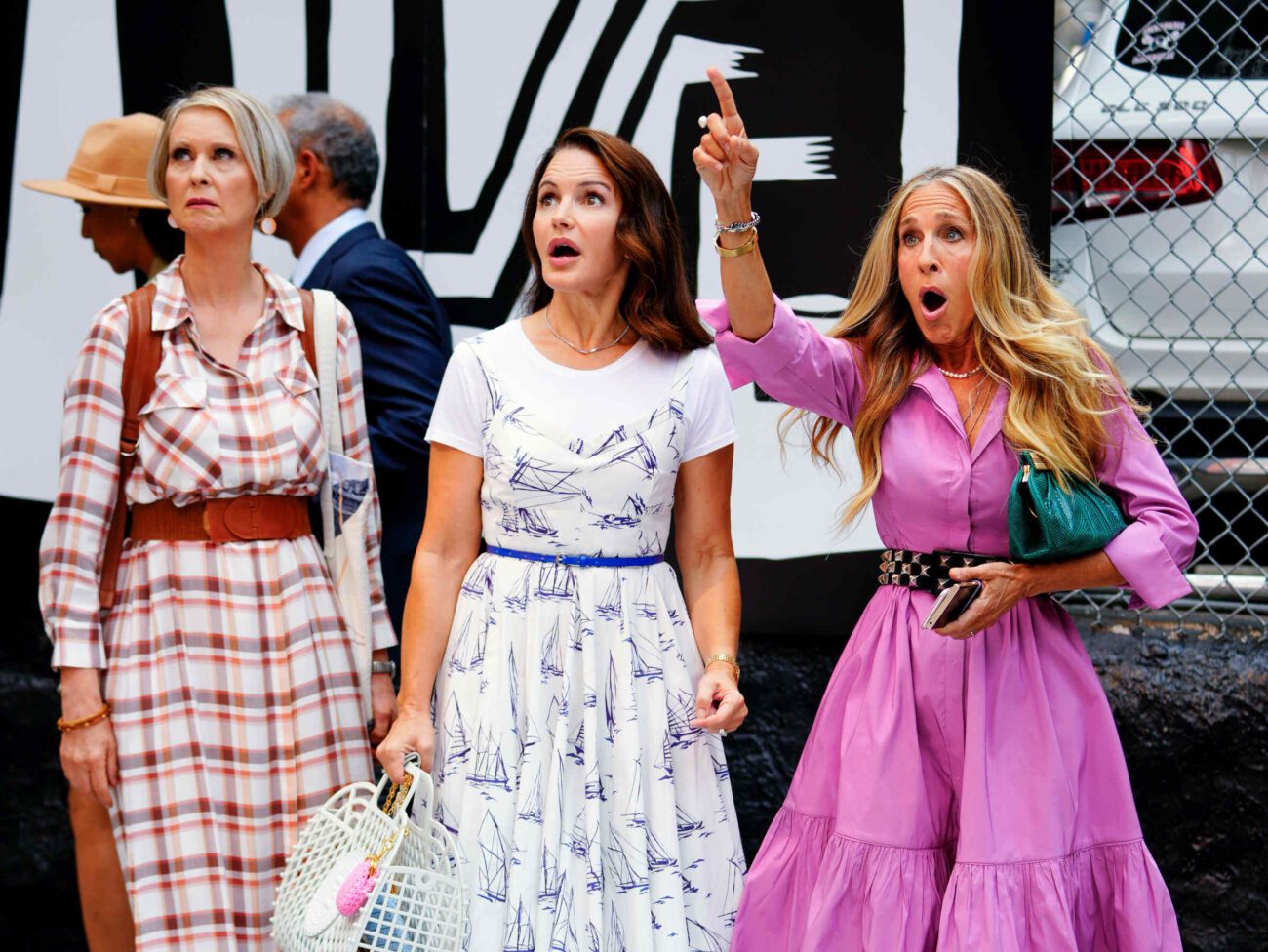 Did anyone have a Sex And The City reboot on their 2021 bingo card? No? Well, neither did we!

And Just Like That… is a HBO Max exclusive series. Also called, And Just Like That… A New Chapter of Sex and the City, this show follows characters we came to love in the 2000s, expanding on this new chapter of their lives, and seeing how they’ve grown and changed years later.

But what is the fuss all about? Is the new series worth all the hype? Where can we watch And Just Like That… online? And why was the original Sex And The City such a hit? Let’s dig in and find out more, shall we? 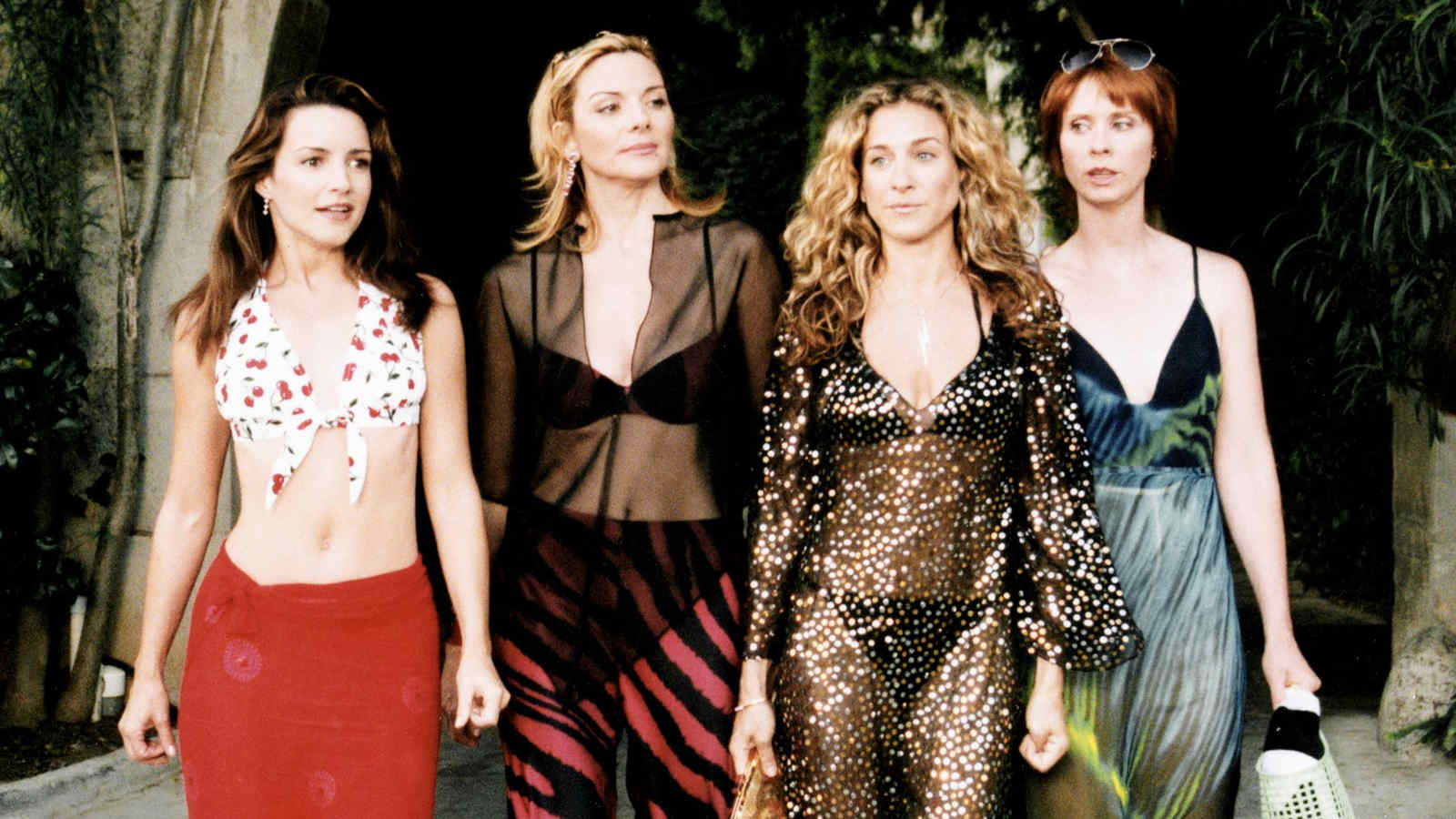 The original Sex And The City

Sex And The City was originally a nonfiction essay collection by Candace Bushnell. The 1997 book compiled various columns Bushnell had written for The New York Observer, all based on her and her friends’ lives. She later released a sequel, Is There Still Sex In The City?, but unlike its predecessor, this book is a novel, though it’s based on Bushnell’s real experiences with divorce.

Darren Star — who had created Beverly Hills, 90210 & Melrose Place by that time, and would make Emily In Paris in the future—read the book, and bought the rights (rumored to be only $50,000, but not confirmed). He first brought it to Miramax, envisioning it as a feature film, an “R-rated comedy”, but then brought the idea to HBO. From there, it became a series, which premiered in 1998. 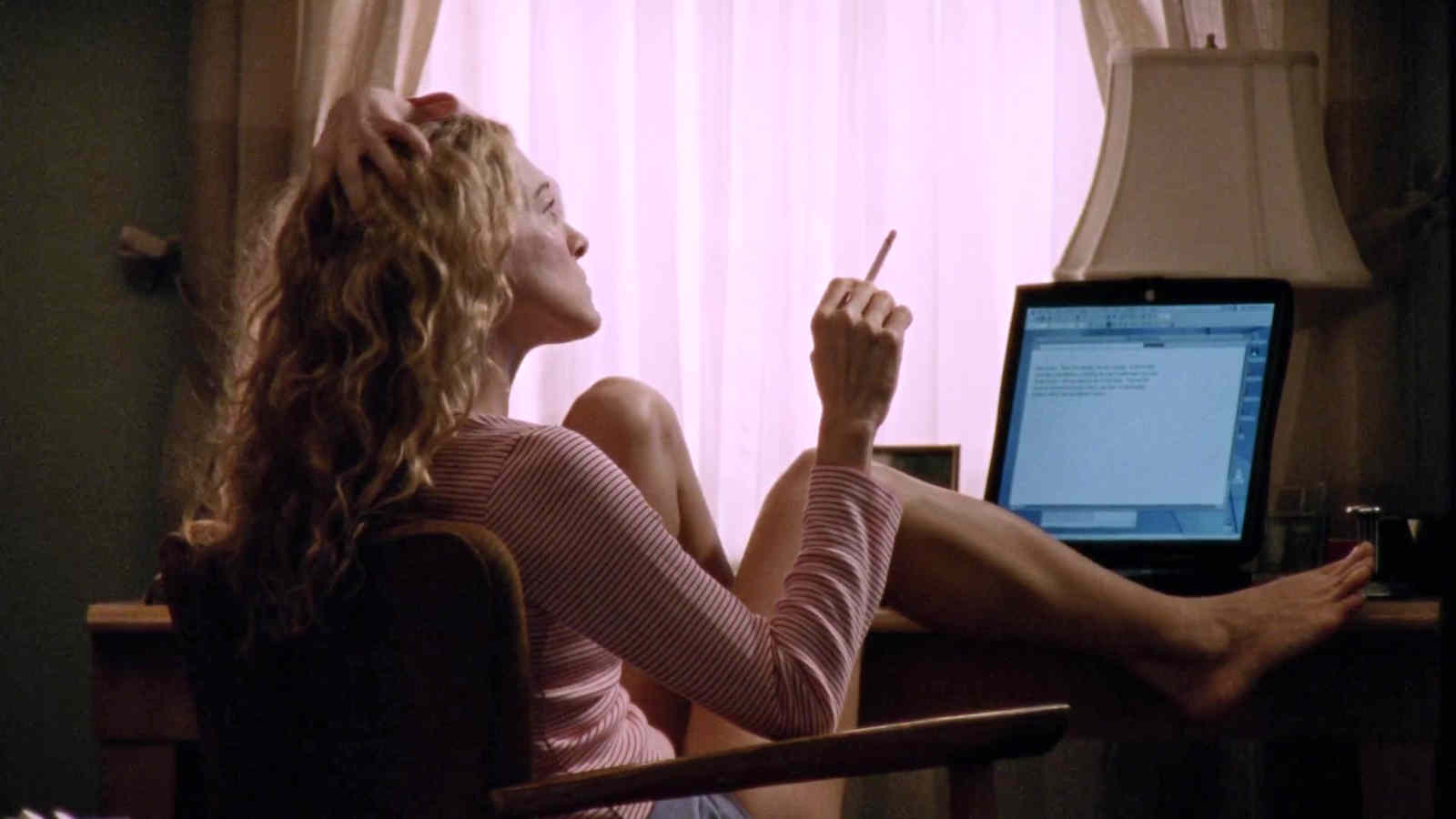 Sex And The City had a lukewarm reception for the first season but started to flourish in the second one. It was highly praised for its candid discussion of female sexuality. It ended up running until 2004, getting almost a hundred episodes. During that time, it got over fifty Primetime Emmy Award nominations, and won seven of them; it also got plenty of Golden Globe nominations & wins.

So where would the series go from here? Where can we watch And Just Like That… online? And when would Sex And The City get a reboot? Let’s find out. 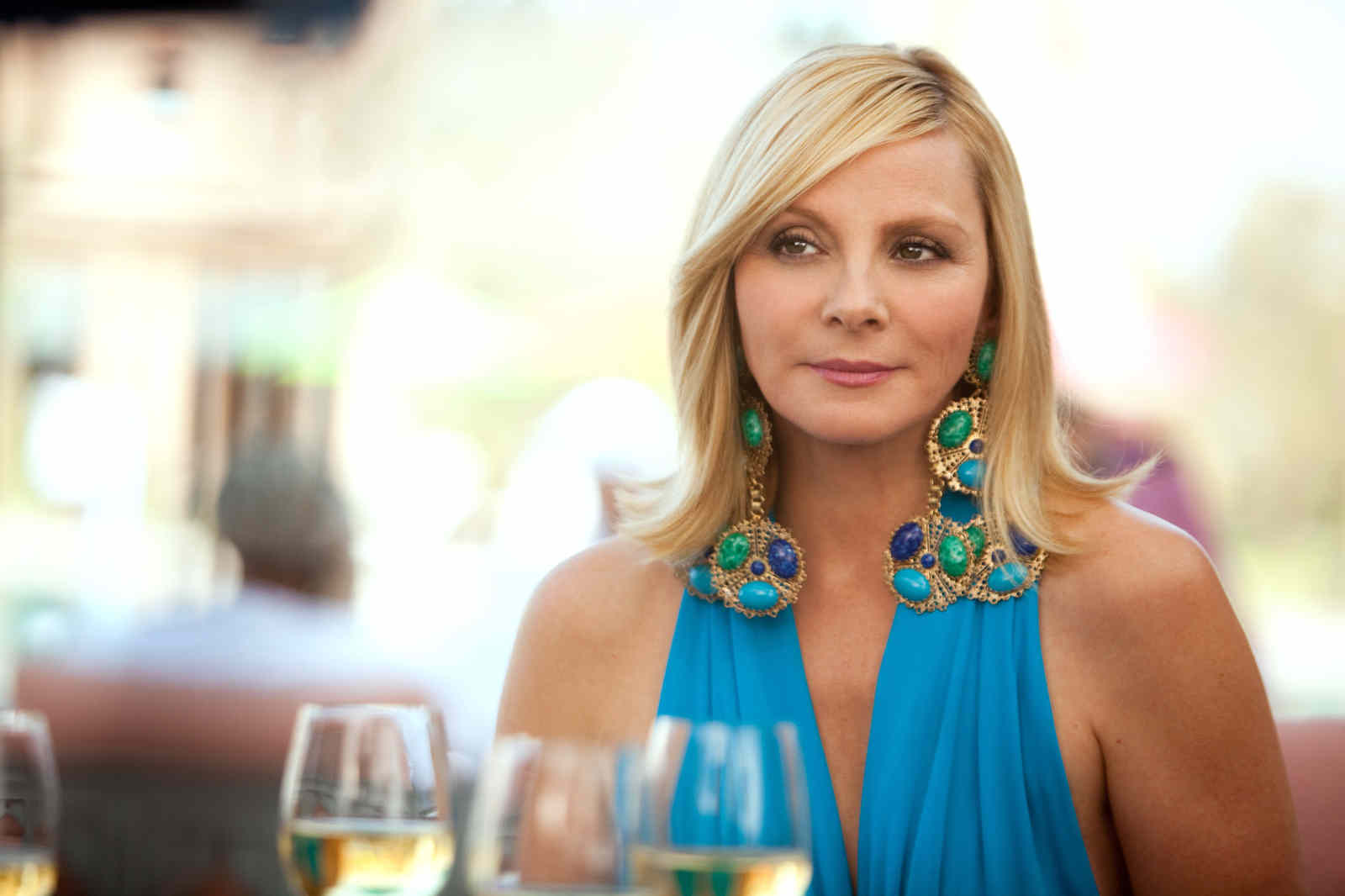 Talk of a reboot

Two films followed the series: Sex And The City in 2008, and Sex And The City 2 in 2010. The first had a mixed critical reception; the latter was panned. A third movie was planned but later canceled.

There were rumors of a Sex And The City revival floating around in late 2020. In the midst of it, Kim Cattrall, who played Samantha Jones on the show, revealed on the Women’s Prize For Fiction podcast that she wouldn’t be returning. After the second movie, she “had enough” of the role, and people bullied her for not wanting to do the reboot. Her response? “No means no.”

And so, production of And Just Like That… continued without her, and production of the reboot was confirmed in January of 2021. It was filmed in the middle of the year, with many from the former cast returning to their roles, and plenty of others brought on as new characters. 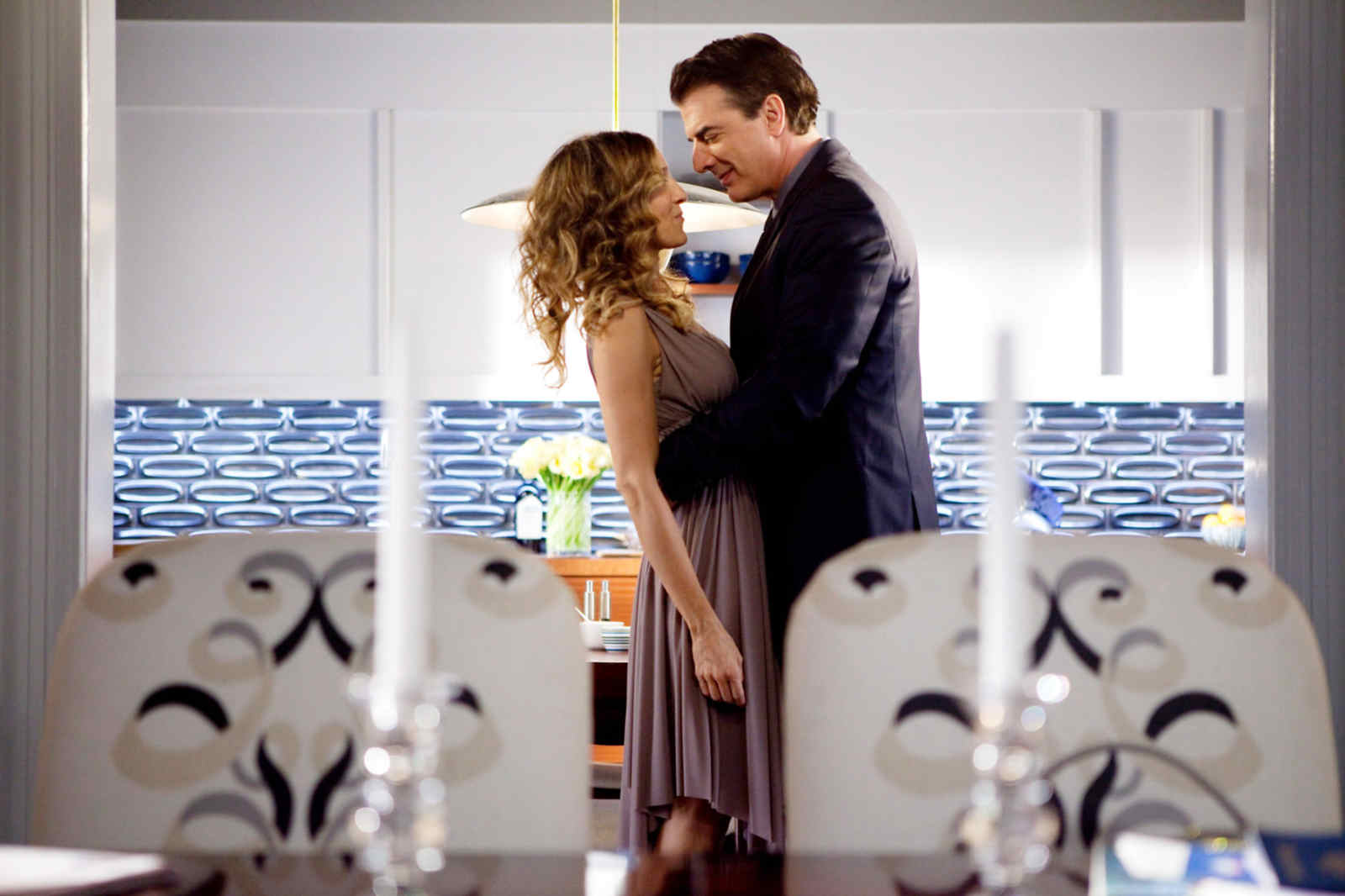 The first two episodes of And Just Like That… released on December 9th, 2021, and new episodes are set to release weekly. This show is marketed as a “new chapter” of Sex And The City, following Carrie, Miranda, and Charlotte as they move into their 50s and navigate life as older women.

However, it hasn’t received the same amount of praise as the original series. Writing for the New York Times, James Poniewozik calls it an “after-happily-ever-after story,” and “part dramedy about heartbreak, part awkward bid at relevance.” Other critics agree with that consensus, as And Just Like That… goes in some different directions compared to the original.

But that doesn’t mean you shouldn’t experience this satisfying sequel. So where can we watch And Just Like That… online? 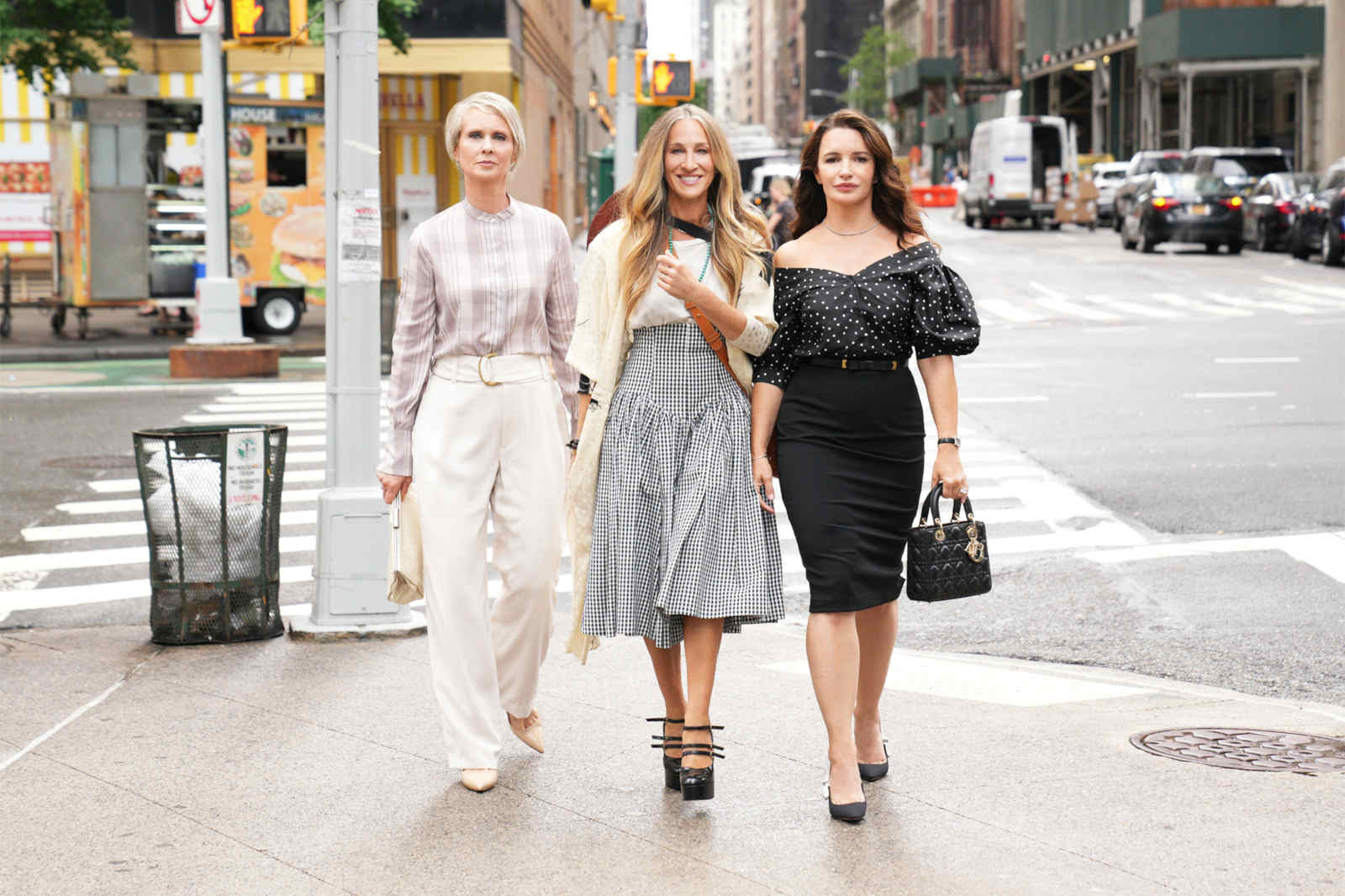 Where can you watch And Just Like That… online?

And Just Like That… is available to watch on HBO Max exclusively, and new episodes will be released there for now. But fear not — streaming exclusives have also gone to television networks. The Flight Attendant, also on HBO Max, is a notable example. So if you can’t see it on streaming, you may see it on TV in the future.

Otherwise, go watch And Just Like That… online now. It’ll be interesting to see where Carrie and the gang have gone after all this time.