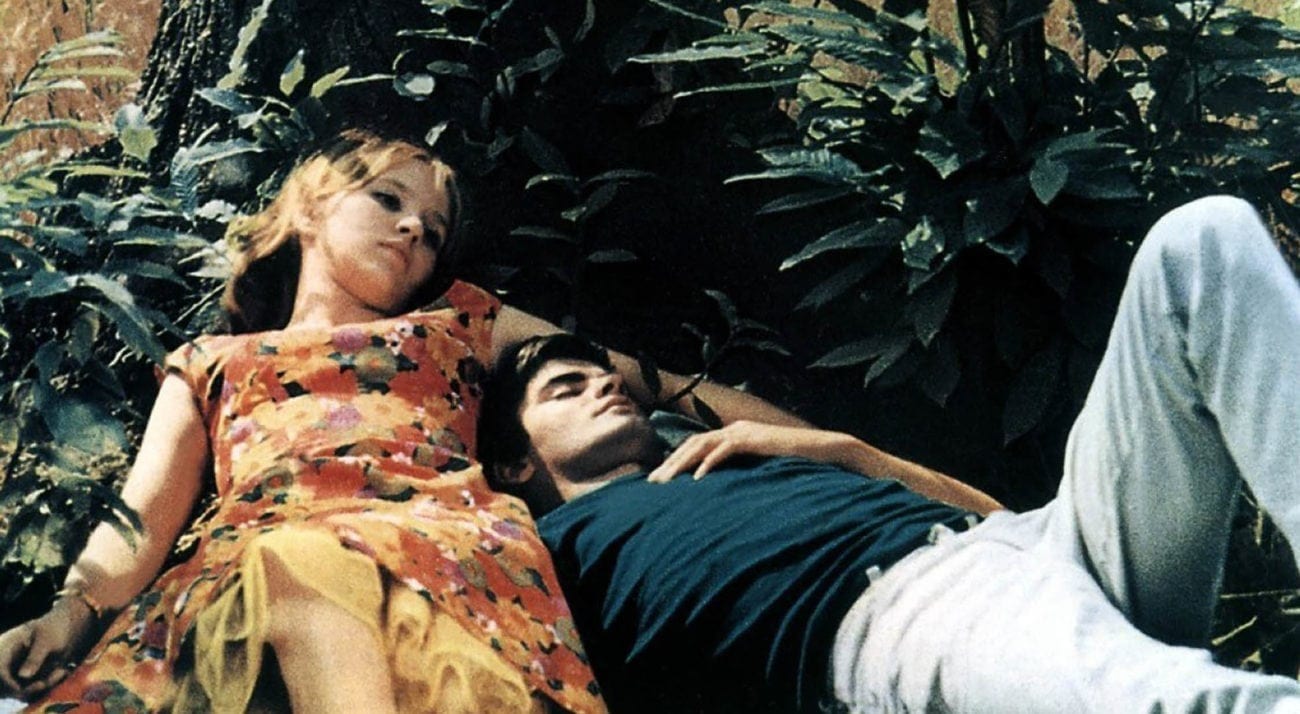 R.I.P. legendary French filmmaker Agnès Varda. But let’s not mourn too hard – the filmmaker suggested recently in an interview with The New Yorker she’s still just as full as life as she ever was until the end:

“I’m just a little deteriorating lady. But I’m not sad! I have trouble seeing. I don’t hear well. I’m not good with stairs. But people always tell me that I’m full of energy. I am! Energy has nothing to do with the body. It’s the mind, it’s the brain, it’s the joie de vivre.”

That energy is something that has been a vivid part of her work for the entirety of her career. Whether it’s a documentary, work of fiction, or a neorealistic blend of the two, Varda’s wit, intelligence, and empathy bursts through each and every one of her films.

Often called the mother of the French New Wave, Varda is one of the most important and influential filmmakers in cinema history. To celebrate her monumental birthday, here’s our ranking of Varda’s eleven most seminal movies worth rewatching or enjoying for the first time.

Brimming with emotion Varda’s autobiographical documentary balances mirth with mourning as it delves into various aspects of the legendary filmmakers eventful life.  Evoking a swirl of emotional memories Varda revisits locales that have been important to her and presents them alongside archive footage and interviews offering an intimate and illuminating sojourn through the filmmaking process.

Starring a young Sandrine Bonnaire (À nos amours) in a César-winning performance, Sans Toit Ni Loi is one of Varda’s bleakest movies but remains one of her most celebrated having won the Golden Lion for the film at the 1985 Venice Film Festival. Examining the life and motivations of a homeless woman following her death, the movie explores a potentially futile search for absolute freedom.

One of Varda’s breeziest, upbeat, and captivating films centers around Varda as she forms an unlikely friendship with artist JR (Women Are Heroes) during a journey through rural France. The movie won the Oeil d’or at Cannes in 2017 and is a vivacious burst of emotion and laughter.

Arguably one of the most influential movies of its kind (and one that likely helped inspire American films like Fatal Attraction), this account of a happily married suburban man who suffers tragic consequences for falling in love with another woman could be seen as a “lyrical evocation of the joys of free love” or a “dark parable of patriarchal cruelty”.

Profound and witty, Varda’s portrait documentary about the people who scavenge offers a warm and complex portrait of humanity. The “gleaners” featured include artists cobbling together found art pieces, people scavenging to survive, and those hoping to recreate a community spirit of the past. What really brings the movie to life, however, is Varda’s singular personality with her shining and often amusing narration adding unseen depths.

There are many modern movies that have tried to evoke a similar sense of discomfort and suburban malaise as Le Petit Amour does but none have done so as elegantly as Varda’s film. Following a highly taboo relationship between a woman in her 40’s (Jane Birkin) who falls in love with a 15 year old (Mathieu Demy) friend of her daughter (Charlotte Gainsbourg), Varda examines the complex and often beguiling mechanics of love.

Varda’s poignant tribute to her late husband, the revered filmmaker Jacques Demy (The Umbrellas of Cherbourg), Jacquot de Nantes provides a fictional reconstruction of his childhood in 1940’s Naples. The film traverses the young life of Jacquot during three seminal periods as his discovers and pursues his passion for cinema.

Varda punctuates fictional scenes with contemporary footage of her terminally ill husband who died a few days after the film wrapped making it a searingly beautiful epitaph to the man, his passions, and Varda’s deep affection for him.

A landmark work of the Nouvelle Vague, Cléo de 5 à 7 follows a self-absorbed pop star (Corinne Marchand) after she receives an ominous tarot card reading while awaiting the results of a potential cancer biopsy. Set across two hours in almost real time, Cléo wanders around Paris before finding comfort and peace in her meeting with a soldier who puts her life and troubles into serious perspective.

Varda’s striking debut film is packed full lush visual aesthetics and is a stylistic precursor to the French New Wave. Offering a penetrating study of an unhappy couple working through their fledgling relationship in a small fishing town, the film is graceful and intriguing. Particularly as it blends the performances of actors Philippe Noiret (Topaz) and Silvia Monfort (Riff Raff Girls) with the lives of La Pointe Courte residents as they grapple with hardship and tragedies.

The groundbreaking portrait of shopkeepers in Varda’s home neighborhood introduced the idea of tender and anthropology into filmmaking. The film sprawls across the many mysteries and nuances of human nature and provides an intimate look at everyday people.

Featuring heartfelt performances from Valérie Mairesse (Faces of Love) and Thérèse Liotard (My Mother’s Castle) as two close friends who lose tough only to renew their relationship over a decade later, L’une chante, l’autre pas is a touching portrait of a female friendship during a pivotal political time. Told across a fifteen year period punctuated by the women’s liberation movement of the 1960’s and 1970’s the movie remains a feminist touchstone work as lyrical as it is important.