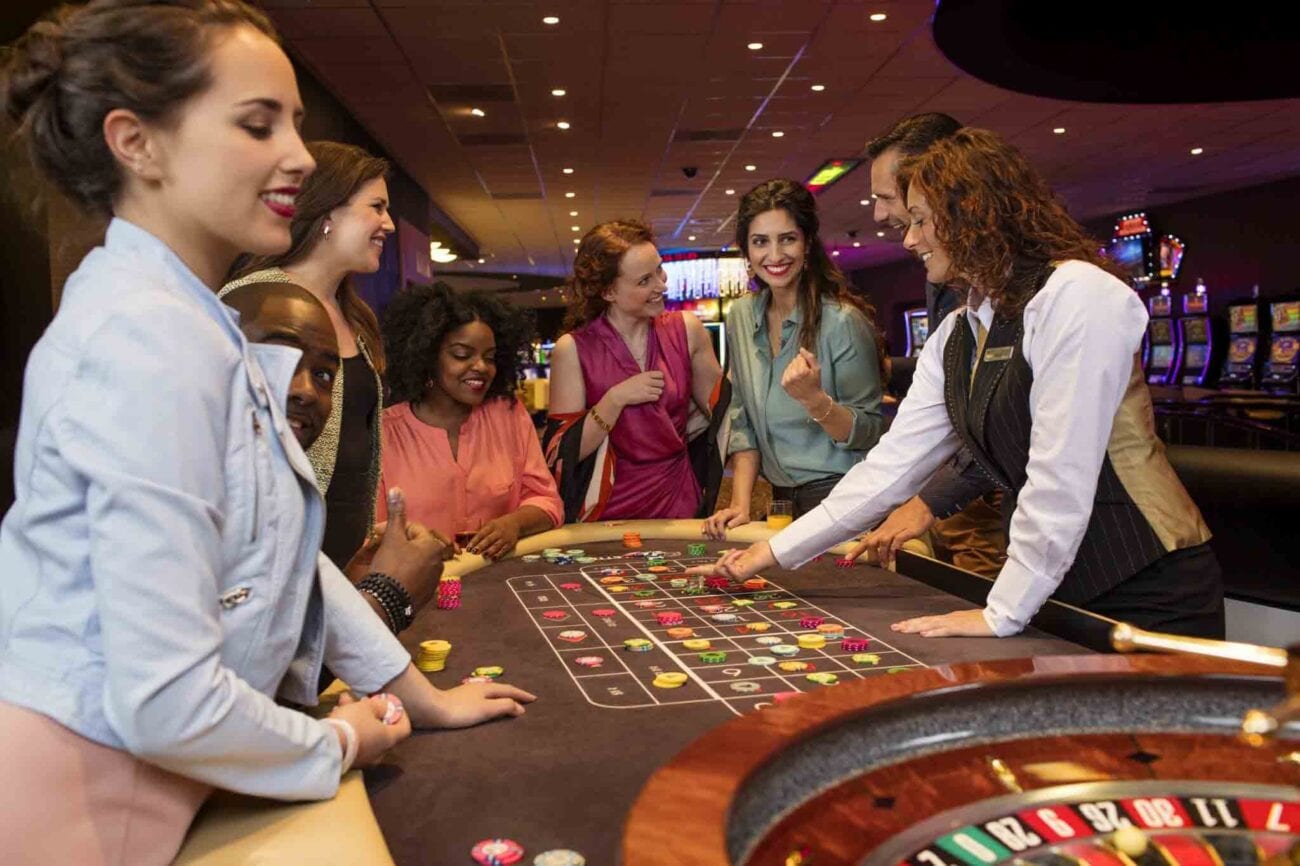 When most people think of casinos, they imagine glamorous interiors, endless buffets, and seas of casino games. And sure enough, the best gambling establishments in Las Vegas look lavish.

For these reasons, casinos provide excellent backdrops for Hollywood films. Some movies are set in Las Vegas entirely. In this article, we’ll focus on the best six flicks that had truly memorable gambling scenes. Sounds good? Let’s dive right in. 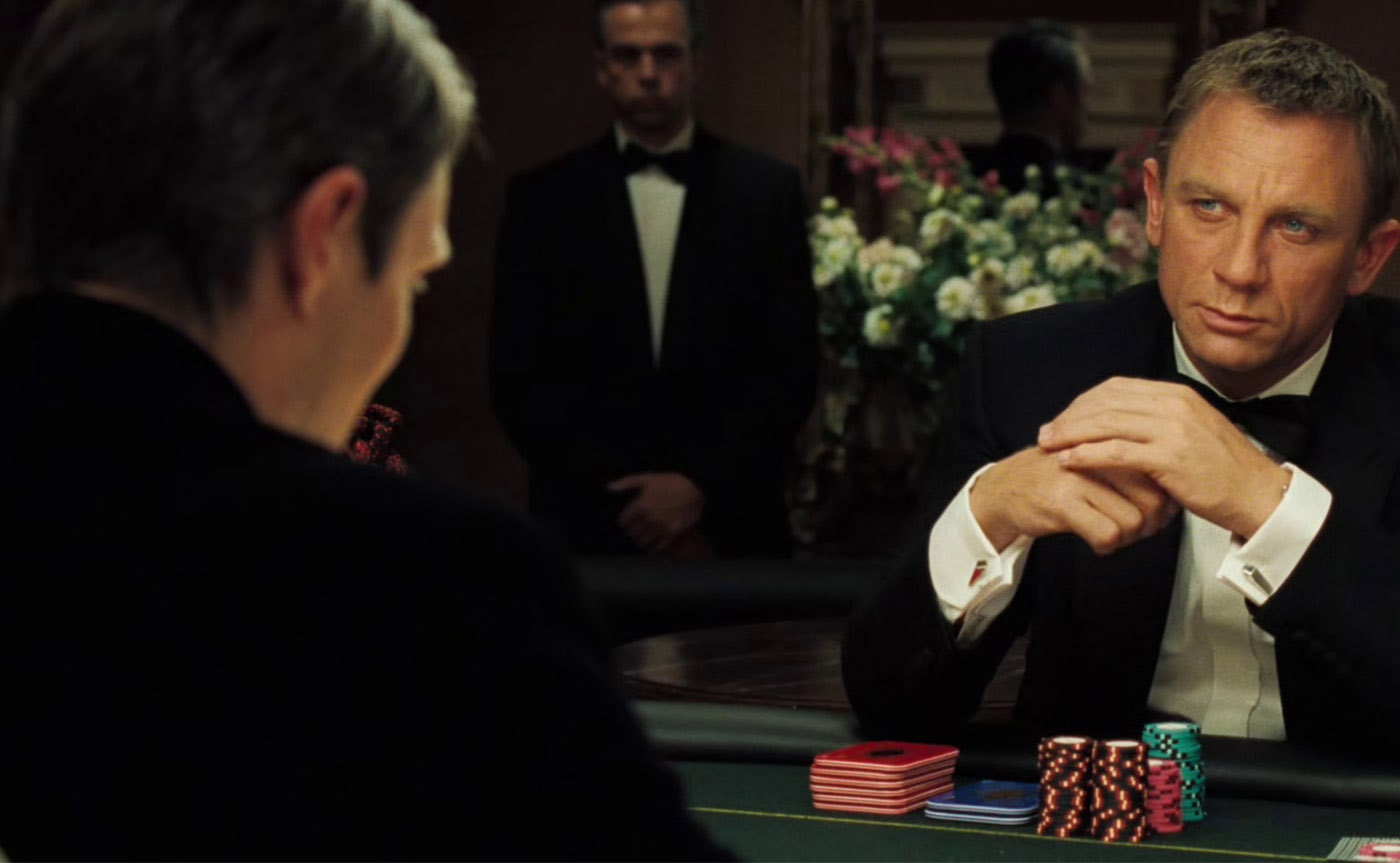 Casino Royale is a spy film starring Daniel Craig in his first role as James Bond. Coincidentally, Craig plays Bond as a novice agent tasked to complete a position that will determine whether he deserves a license to kill.

The task is to take down Le Chiffre, a terrorist financier. Bond’s game plan is to draw the villain to Casino Royale and challenge him in a high-stakes poker game. If Agent 007 wins, he will bankrupt Le Chiffre, and it will be easier to take him down.

The time finally arrives to beat Le Chiffre in Texas Hold’em. But in true Bond fashion, not everything goes as planned. After Bond takes the lead, a guy owed money by Le Chiffre, Obanno, storms the room.

A dispute begins, and Agent 007 kills Obanno. Unfortunately, the incident distracts Bond, and he loses the lead to Le Chiffre. Then he gets poisoned and passes out. Miraculously, he wakes up at the right time to produce a Straight Flush to win the game. 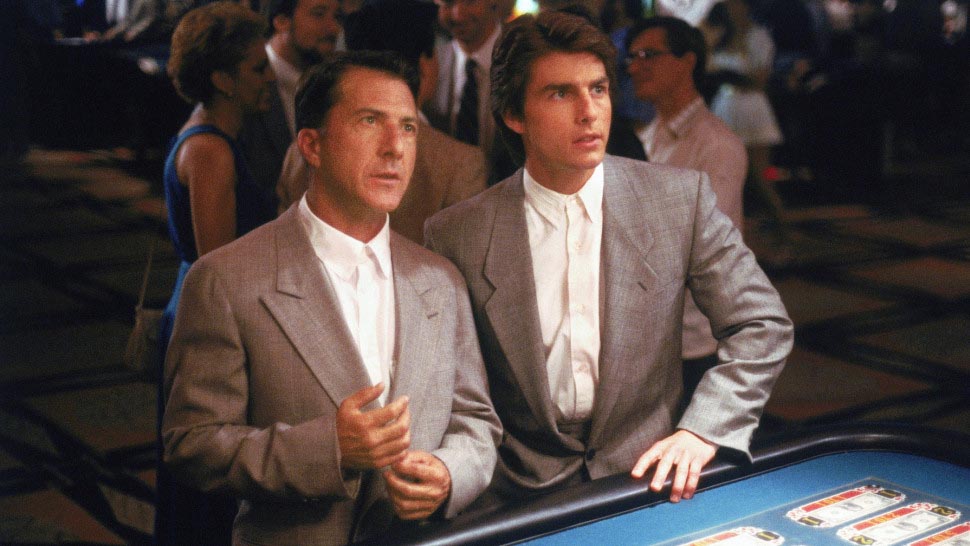 Rain Man is a movie about limitations. But it’s also about triumph after overcoming unimaginable challenges. Starring Tom Cruise and Dustin Hoffman as brothers Charlie and Raymond, Rain Man won four Oscars, including one for Hoffman.

The thing is, Raymond is autistic. He follows an incredibly strict schedule and gets upset if anything disrupts this schedule. He’s also gifted with a photographic memory, a gift he uses to help his brother pay off an $80,000 debt.

Here’s what happens. Charlie gets into debt and travels to Las Vegas with his brother to get some of the money through gambling. His brother claims he can count cards in Blackjack, but no one believes him. To their dismay, Raymond counts cants quietly and helps his brother win $86,000. 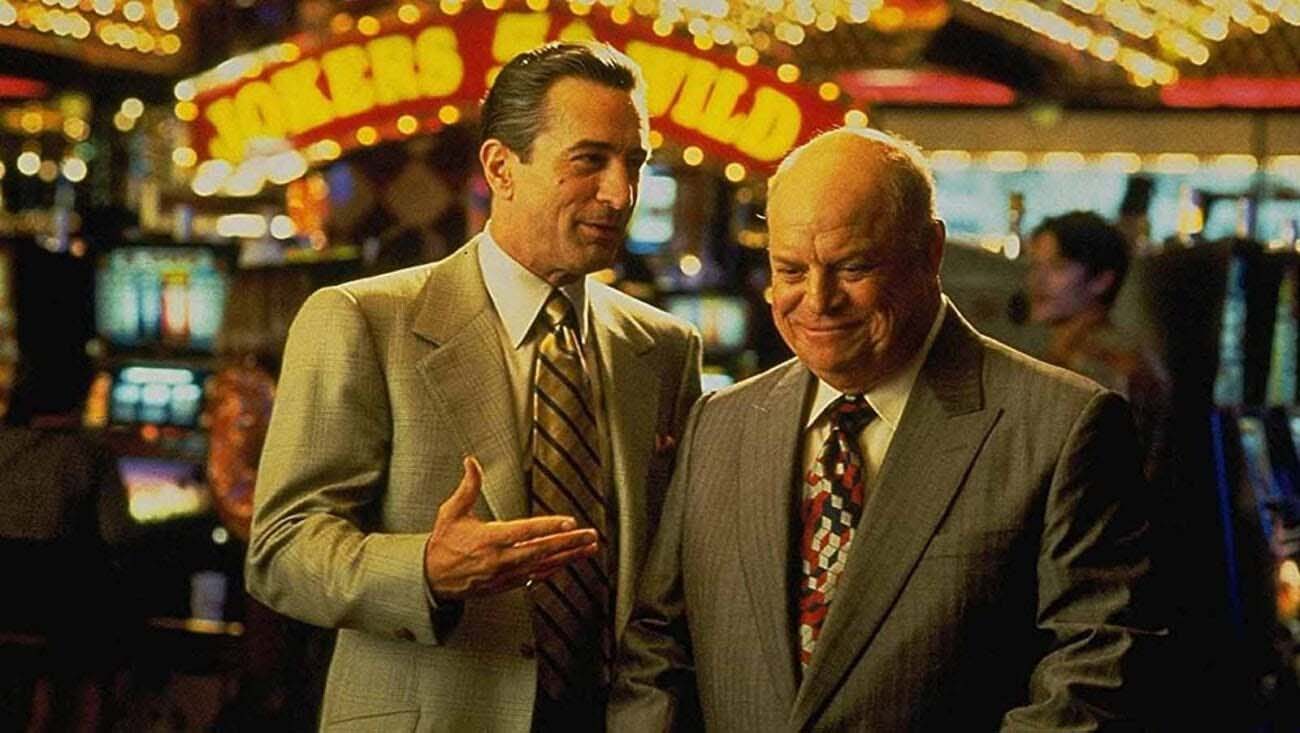 The name says it all. Casino focuses on gambling, although not the legitimate gaming roulettesites.org discusses through their best online casino USA guide. Casino centers on the days when mobsters ruled Las Vegas.

It stars De Niro as Sam Rothstein, a handicapper who runs the Tangiers Casino on behalf of the Chicago mob. It’s a movie based on real people. For example, Sam’s character is inspired by Frank Rosenthal, who operated several casinos on behalf of the outfit.

While the movie is action-packed from the start to the end, the best scene is when security guards spot a man cheating at Blackjack. He denies, but the security guards hit him with a stun gun, and he collapses. When he comes to, they continue to jab his fingers with a mallet until he realizes the mistake he had just done.

Run Lola Run is one of those films that shows movie stars doing the impossible. You know: an amateur poker player can defeat a table of experts within minutes. Betting the same roulette number often results in a huge win, and card counting is treated as a gift.

Anyway, Run Lola Run is a film about a girl that gambles on roulette to save her boyfriend. She needs 100,000 marks in 20 minutes. Otherwise, the next time she sees her boyfriend will be in a casket.

Lola imagines several things she can do to get the money, including robbing a bank. But while wandering around, she enters into a casino and bets on number 20 roulette. She wins 3500 marks instantly. She bets all the money on number 20 once more, and guess what? She wins $129,600.

The best part of the flick is when Lola reconnects with her boyfriend and finds out he had found his boss’s $100,000 lost money. The film ends with Lola and her fiancée walking away with the money she had just won. 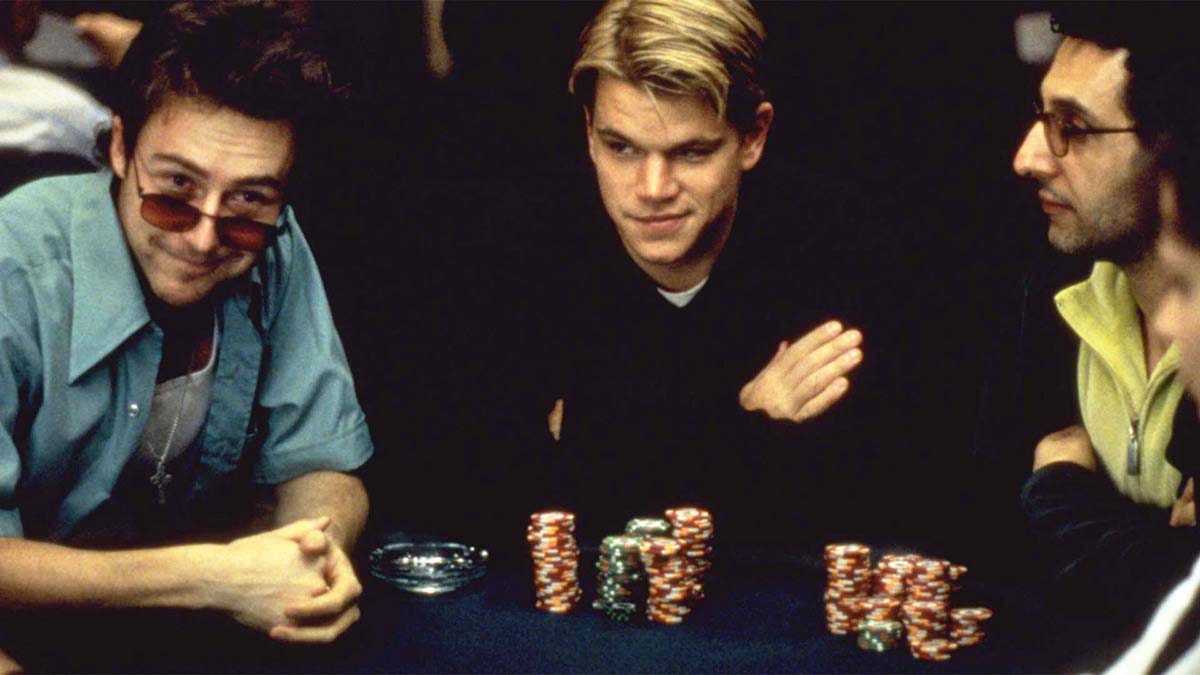 Rounders is a classic case of Hollywood capitalizing on what’s trendy. It came out during the poker boom of the early 2000s. It stars Matt Damon as Mike, a college student who discovers he has a passion for poker and his old friend Lester (Edward Norton), an ex-con.

Unfortunately, Mike’s attempts to pursue his poker passions gets him into trouble with a Russian mobster nicknamed KGB. First, he owes the mob man $30,000 in gambling debts. Things get worse when he gives Lester his credit card.

The ex-con turns into a gambling addict too and accumulates $10,000 in debts. To avoid upsetting his friend, Lester takes a loan from a pimp, and his debts now stand at $15000.

To pay off all debts, Mike agrees to participate in a poker tournament in which KGB participates. Luckily, Mike beats KGB round after round, including the final game. He earns $60,000, pays loans, and flies to Las Vegas to follow his passion. 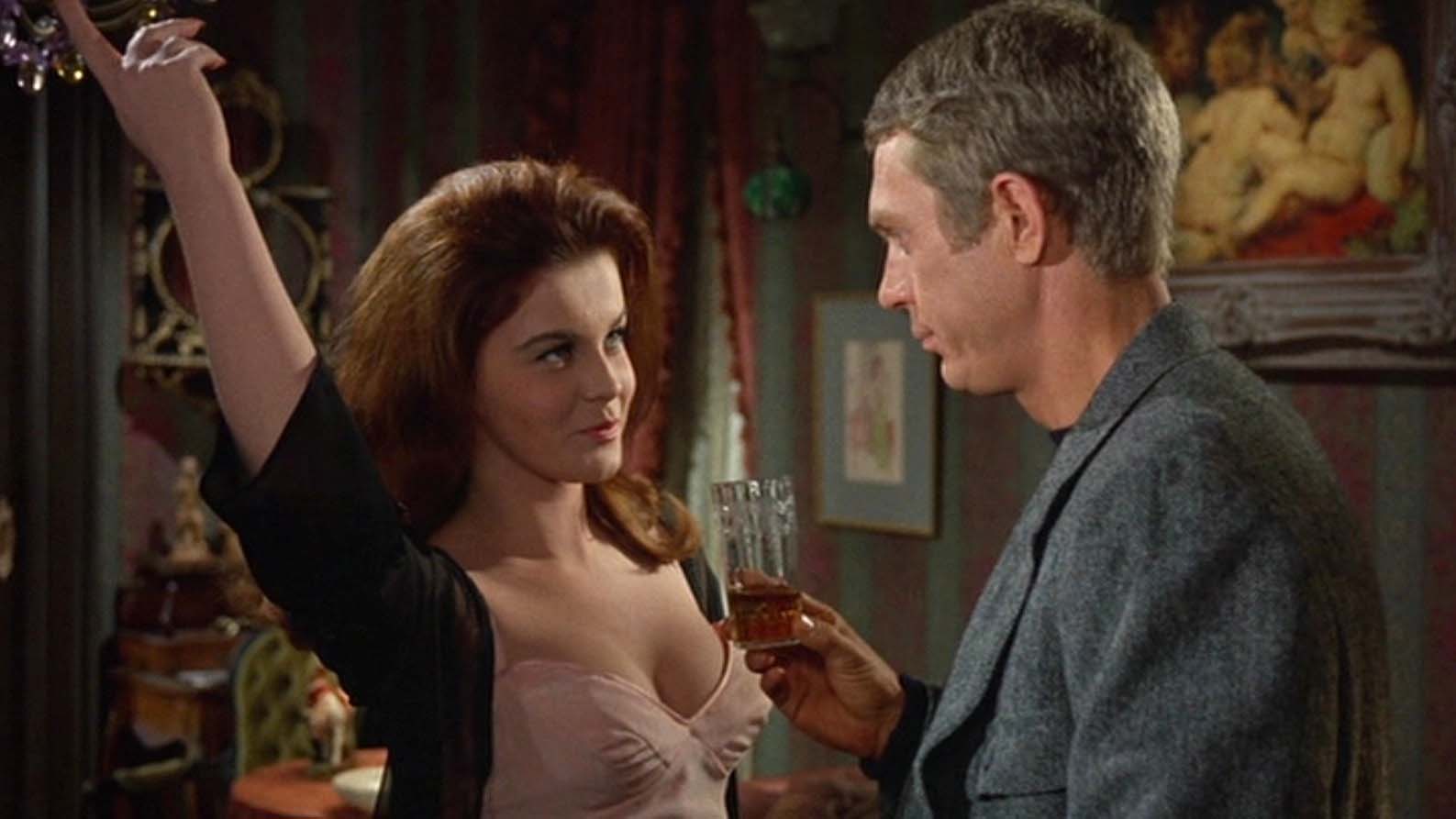 The Cincinnati Kid is a controversial movie about an amateur young poker player trying to beat an experienced professional. The dispute arises in that the kid never becomes successful, begging the question, what was the point?

Of course, controversies sell. And that’s why the Cincinnati Kid is one of the most famous casino movies of all time. The kid’s name is Eric Stoner, while the one man goes by Lancey Howard.

During the main game between Eric and Lancey, the kid loses $2000 but is funded by a friend. A few hours later, most players are out, but the old man still holds the lead. The end isn’t a surprise too.

Lancey wins everything and goes on to mock the kid that he will always play second fiddle. The kid’s only win is that he gets back with his fiancée, Christian.