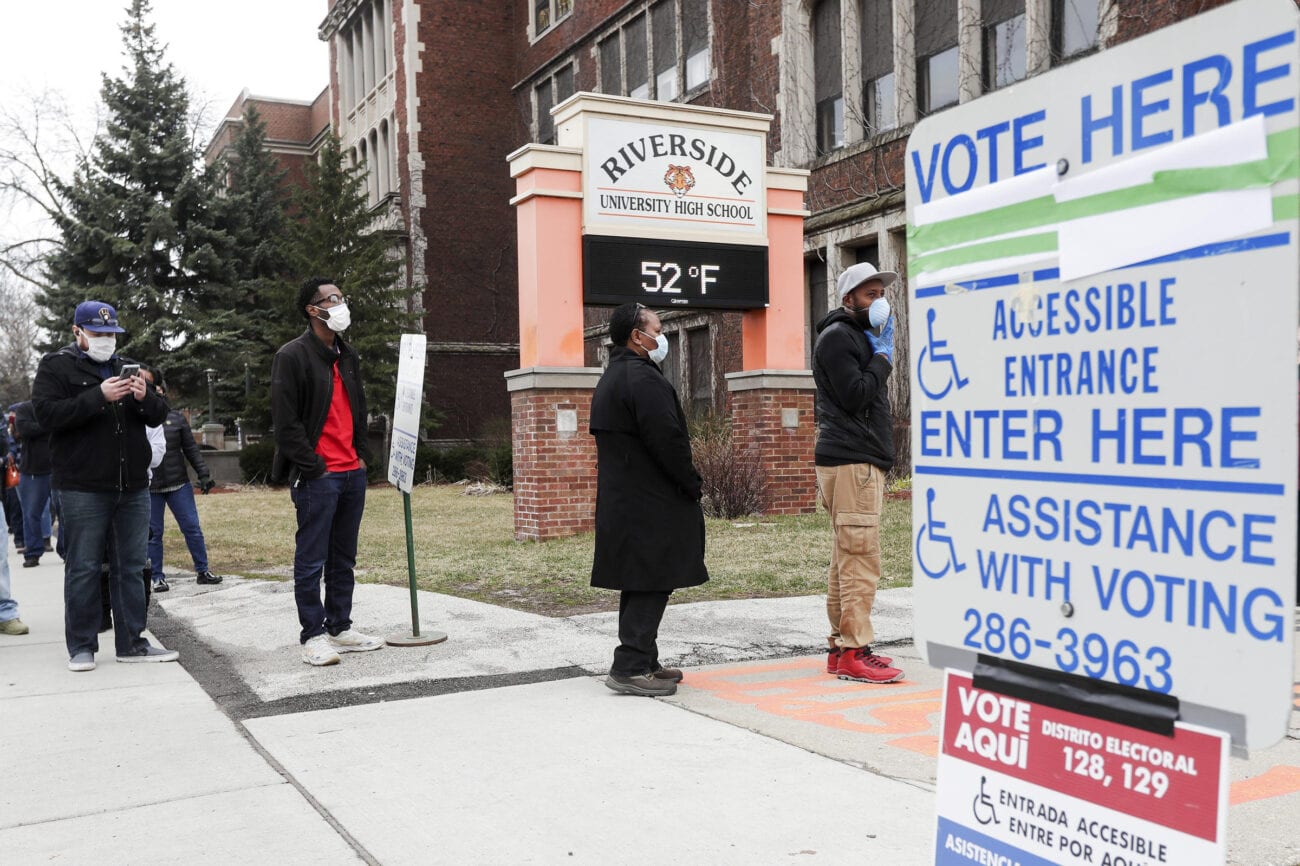 What in the world is happening with the Wisconsin election results?

It’s been nearly two weeks since America cast its votes to elect its new President, but many people are claiming the election results so far are actually littered with fraudulent votes. Due to the COVID-19 pandemic, absentee votes were cast at an all-time high through mail-in ballots. In key battleground states like Wisconsin, many believe the election results are invalid because of the way these votes were handled.

Specifically, President Donald Trump and his campaign claim unregistered voters were sending in ballots thanks to a flaw in Wisconsin’s main-in ballot system. For the 2020 election, officials in Wisconsin said you could identify yourself as “indefinitely confined” due to COVID-19 and request a mail-in ballot without extra ID.

Due to this provision, numerous lawsuits against the state of Wisconsin want votes thrown out that don’t meet the proper mail-in ballot requirements. Let’s look at all the claims being made about voter fraud influencing Wisconsin’s election results. 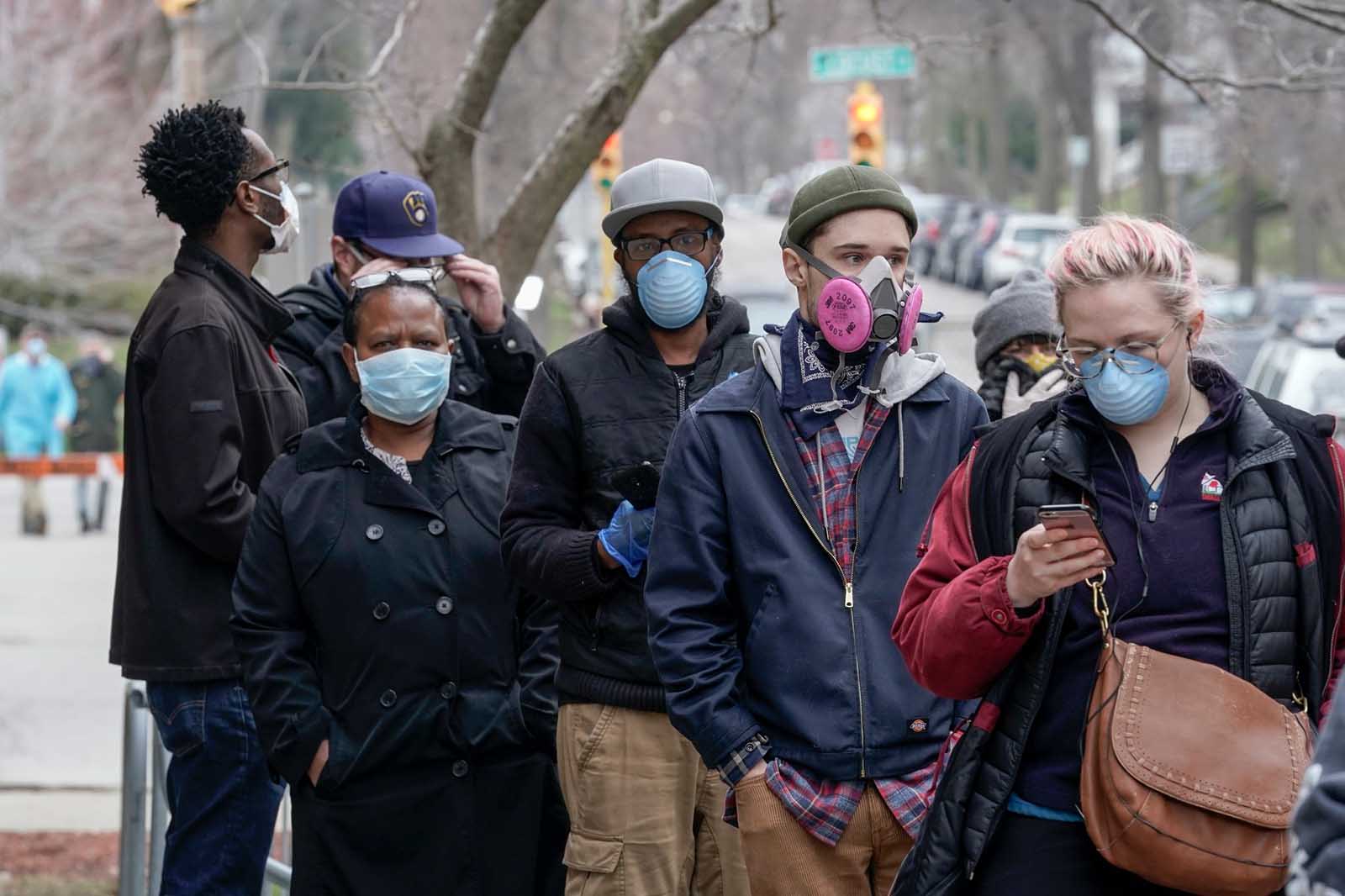 Voting in a pandemic

Wisconsin, like many other states, saw an influx of mail-in ballots cast as people chose to stay at home rather than risk exposure to coronavirus. Due to the pandemic, Dane & Milwaukee counties encouraged people to register for absentee voting in the spring. Officials argued if you were sheltering in place due to the pandemic, you could qualify as “indefinitely confined”.

Wisconsin’s Republican Party took issue with these new rules, and ended up taking it to the state Supreme Court. The courts ended up ruling in the Republican’s favor, claiming people were not “indefinitely confined” just for following the stay-at-home orders in place at the time. However, the state still allowed people to call themselves “indefinitely confined” with no evidence. However, they still required ID to get a ballot. 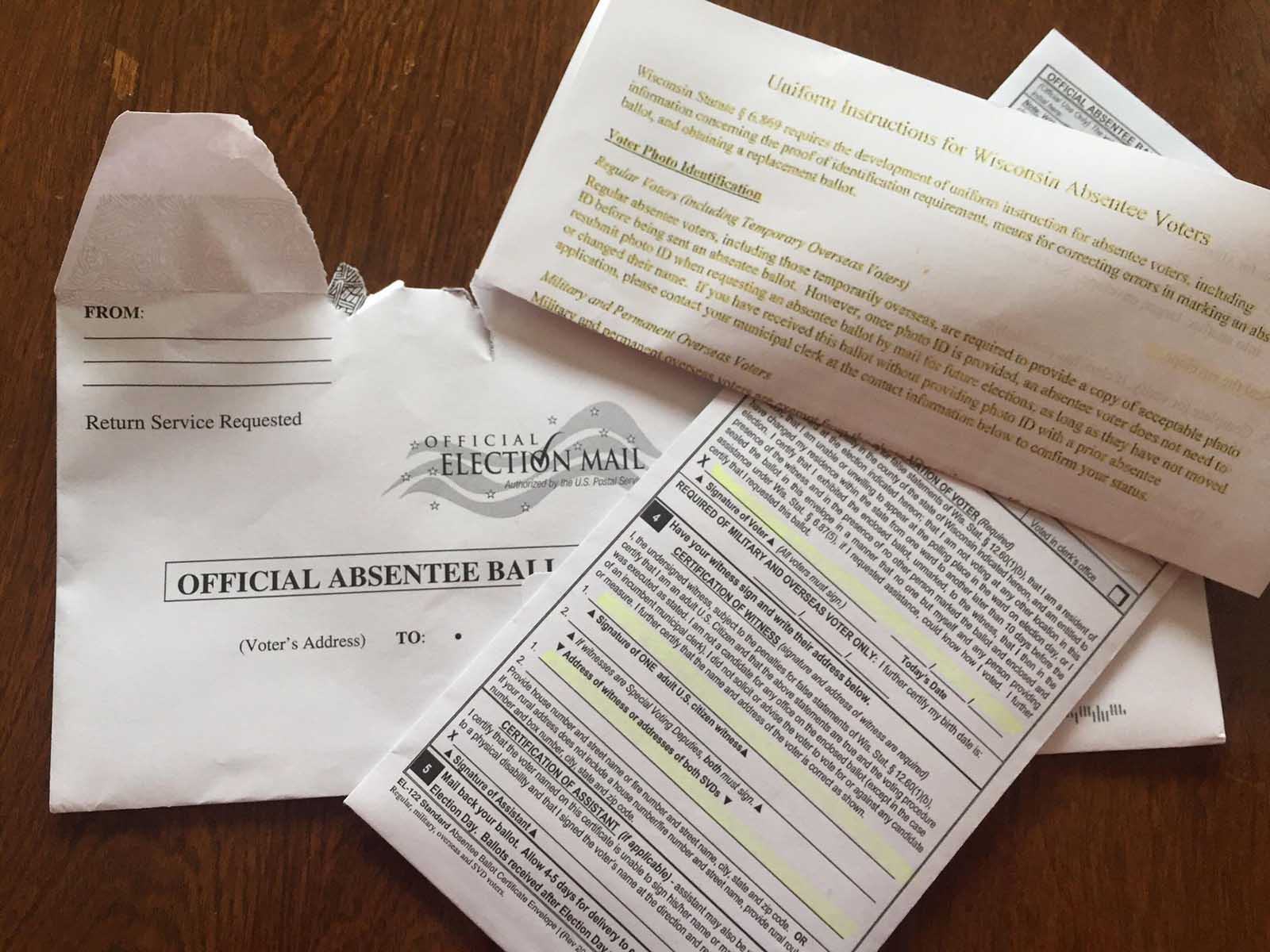 No ID? No problem

However, a Dane County clerk made the mistake of saying people could request an absentee ballot without any form of ID. Considering that’s illegal, many Republicans were up in arms about the statement. The County Clerks’ office tried to walk back, clarifying they meant people who were “indefinitely confined” didn’t need ID to get a ballot.

Although the state Supreme Court ruled COVID-19 didn’t automatically make someone “indefinitely confined”, Dane County declared people who wanted to vote absentee still had to present ID no matter what. However, the county allowed people who wanted to vote from home because of the pandemic to do so, as long as they had valid ID when they registered. 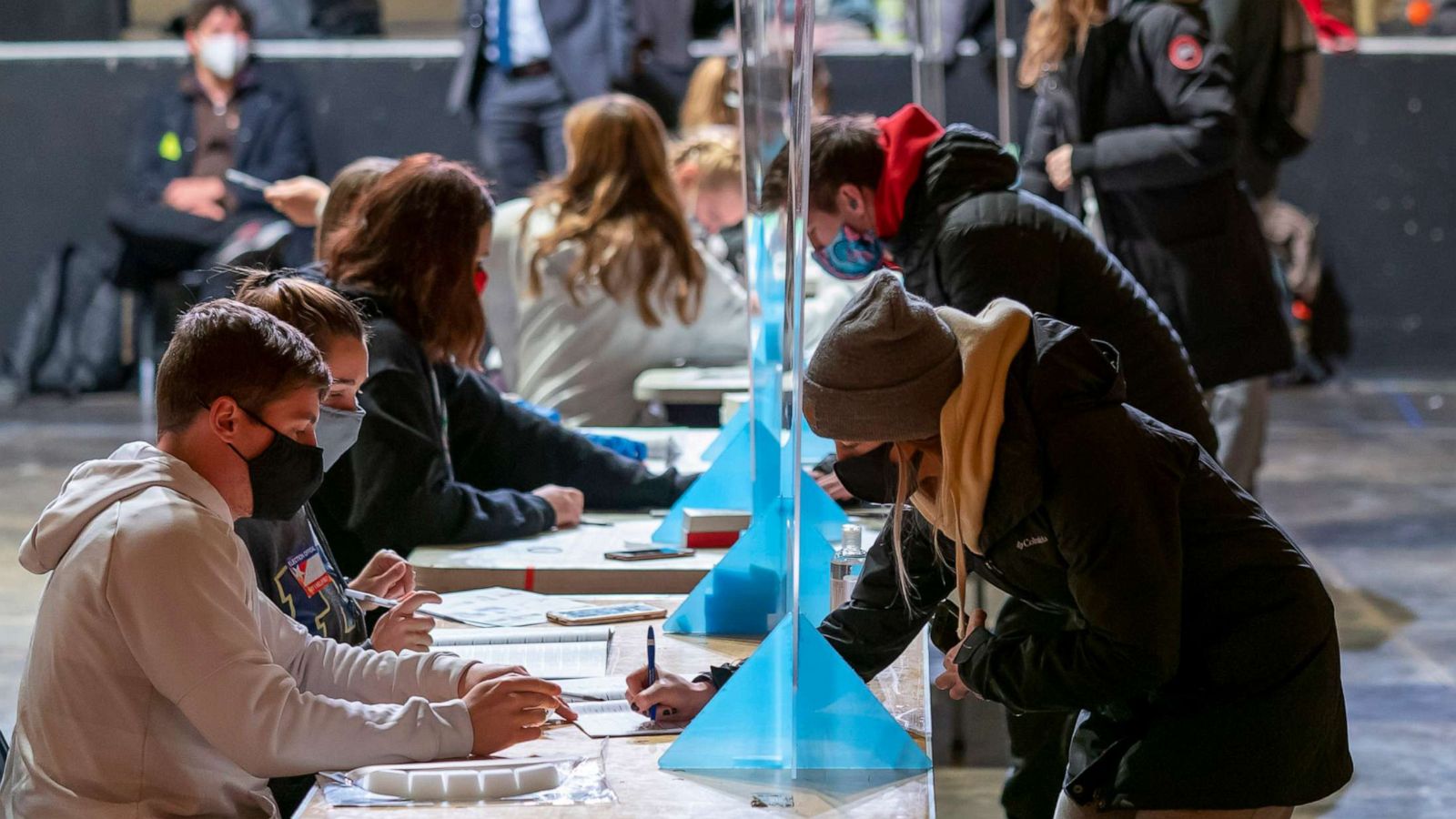 March wasn’t the end of people doubting the validity of mail-in ballots. A new lawsuit against Wisconsin claimed ballots cast in Milwaukee, Dane, and Menominee Counties are invalid and need to be tossed out. Specifically referring to the influx of main-in ballots, the lawsuit claims election officials couldn’t properly filter out fraudulent votes, and therefore tainted the Wisconsin election results.

“Election workers, overwhelmed by the sudden flood of mailed ballots, have less ability to carefully review them to screen out fraudulent ones, creating a substantial risk that fraudulent votes will be counted and vote-dilution disenfranchisement will occur.” The lawsuit states there was voter fraud occurring in these specific counties, but doesn’t provide any evidence to subsidize that claim.

If this lawsuit were to go through, it would lead to unprecedented results. Right now according to reports, Joe Biden beat Donald Trump by a margin of 181k votes in Dane County, 183k votes in Milwaukee County, and just 1000 votes in Menominee County. If the lawsuit is successful, those counties would greatly affect the overall Wisconsin election results, giving the state to Trump. 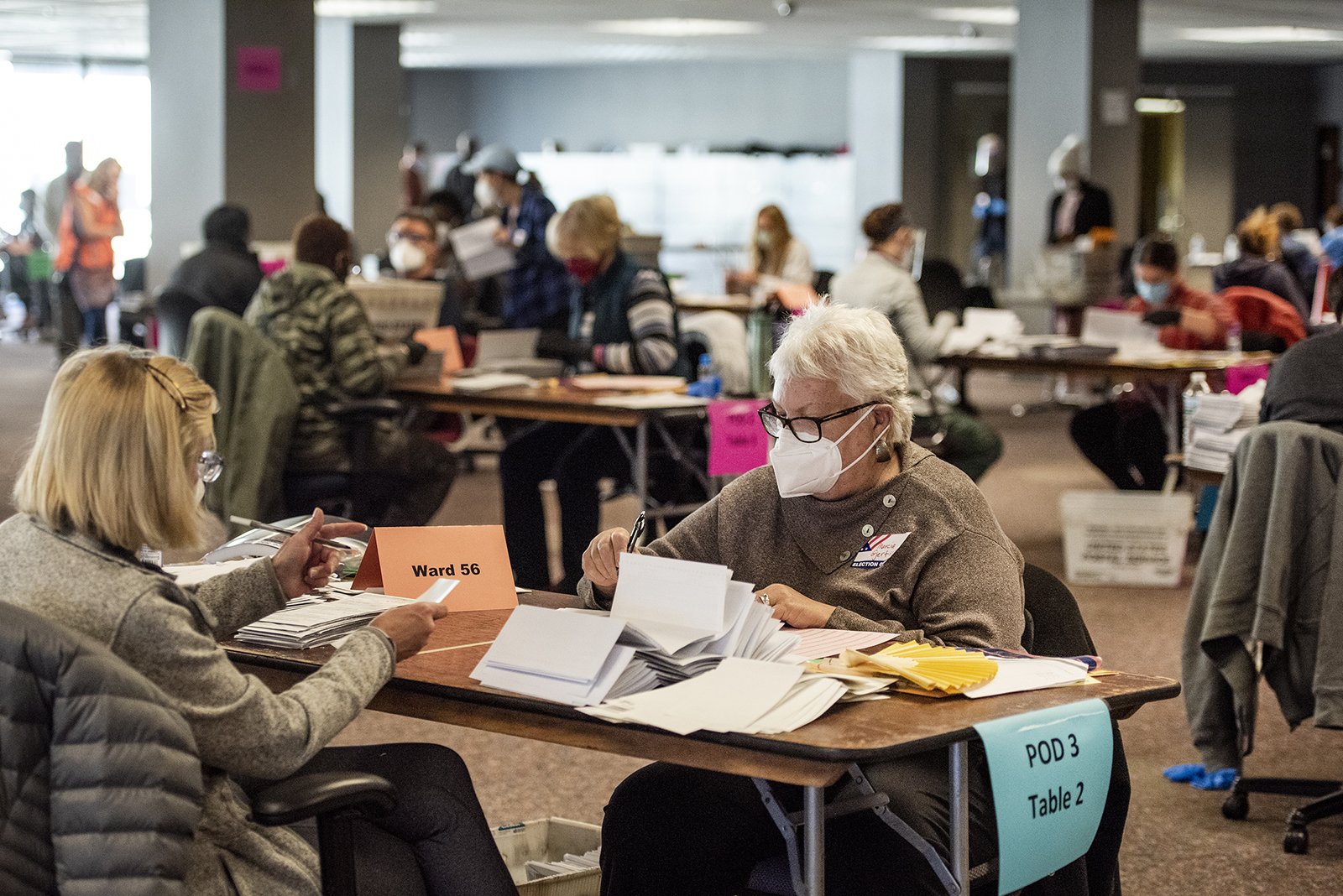 Right now, Wisconsin has until today, November 17th to finish counting votes. As of writing this, a few counties in Wisconsin were still canvassing votes to count, including Dane and Milwaukee counties. After all votes are counted, Donald Trump has until 5pm tomorrow to pay up and request a recount.

Once the votes are finished counting, we’ll have a clearer picture of the situation in Wisconsin and how it affects the state’s election results. We’ll keep you updated as more information continues to come in.