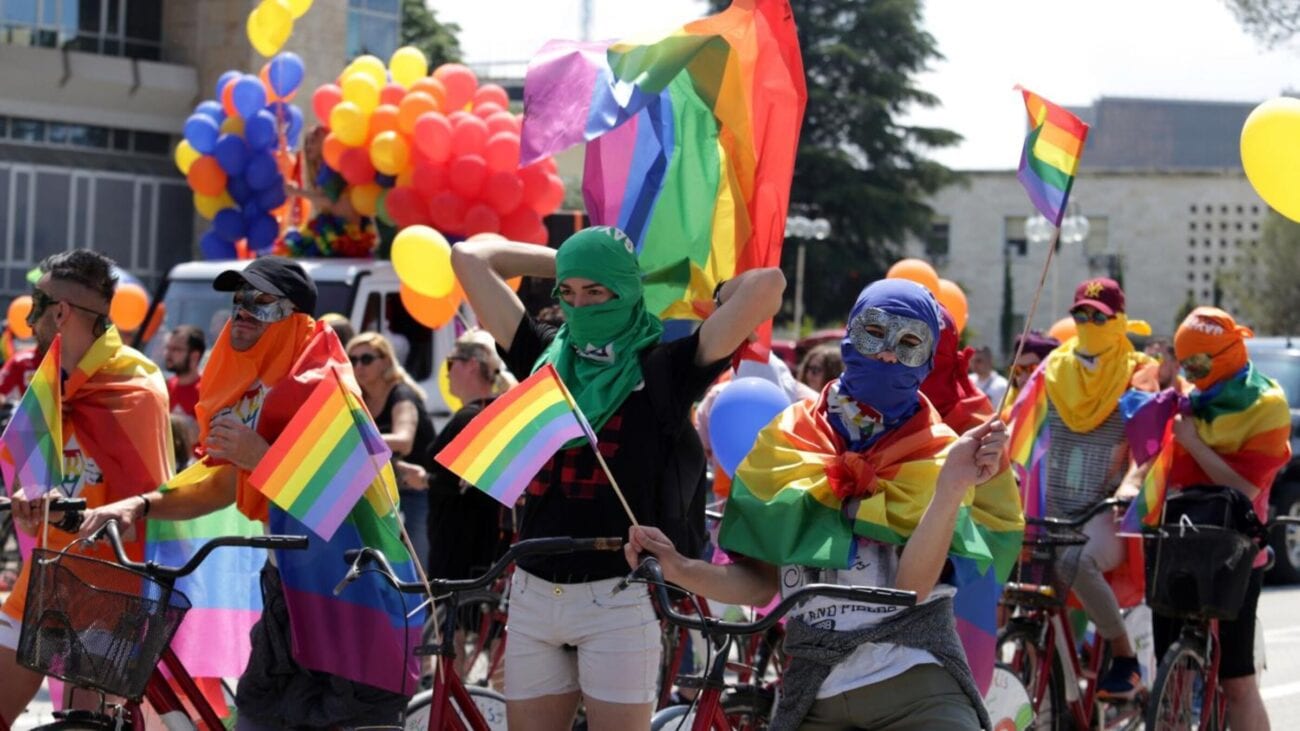 Warsaw Poland: Behind the LGBTQ protest and arrests

On Friday an LGBTQ activist Malgorzata Szutowicz, better known as Margot, was arrested by Polish police for slashing tires, as well as hanging rainbow flags and anarchist symbols on Warsaw statues. One of the statues draped in a rainbow flag included one depicting Jesus Christ. Some sympathetic to the LGBT movement also said the stunt with the statues was offensive and counter-productive. 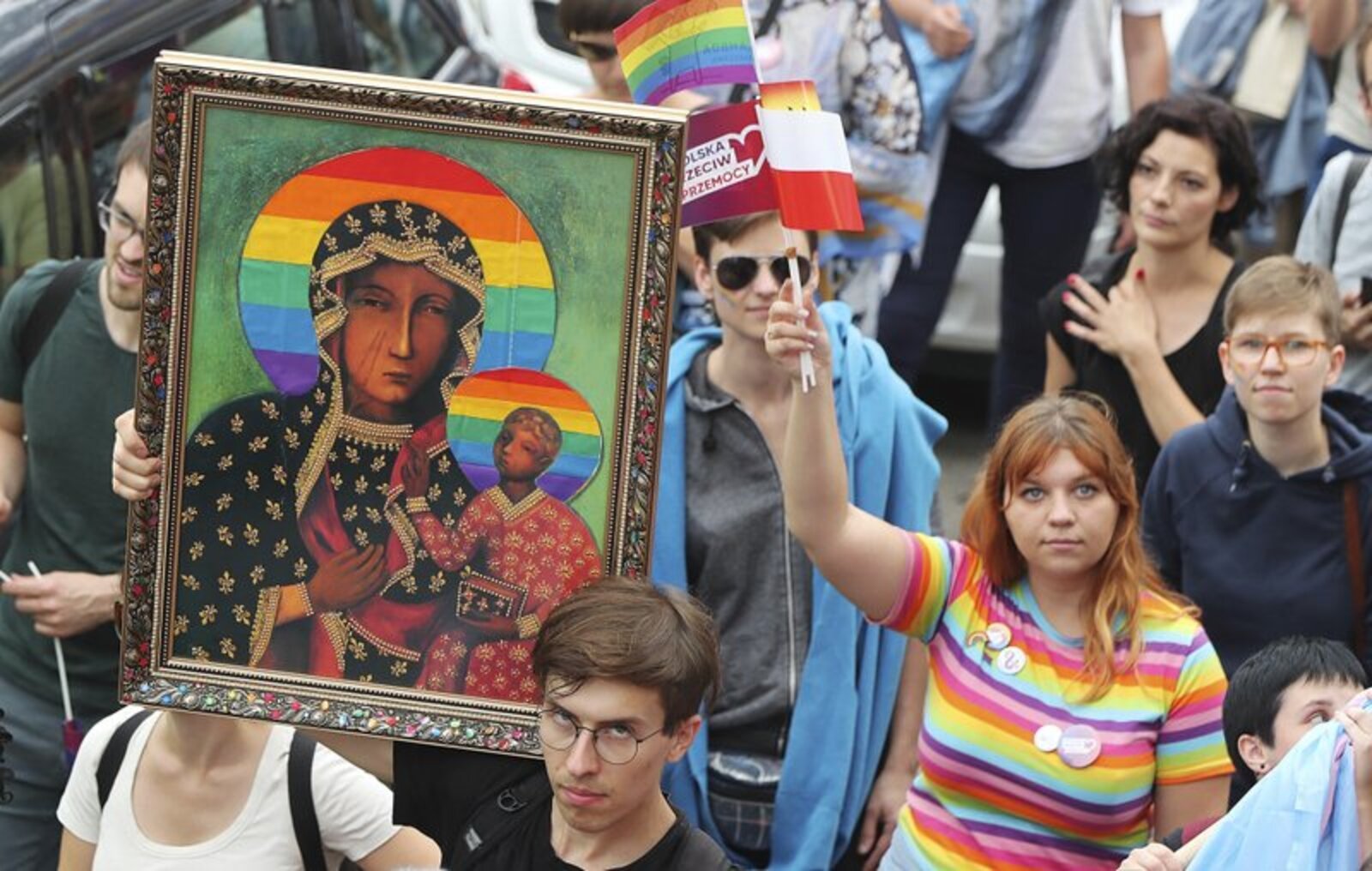 Mixed sentiment regarding the protests in Warsaw Poland

Police clashed with LGBTQ protesters while they were trying to arrest Margot. After Margot’s arrest, dozens of protesters were seen blocking the police car that carried Margot off. After the transgender activist was arrested, marches were organized over the weekend to demand the activist’s release. Margo was also arrested in 2019 for being involved in a separate LGBTQ protest. 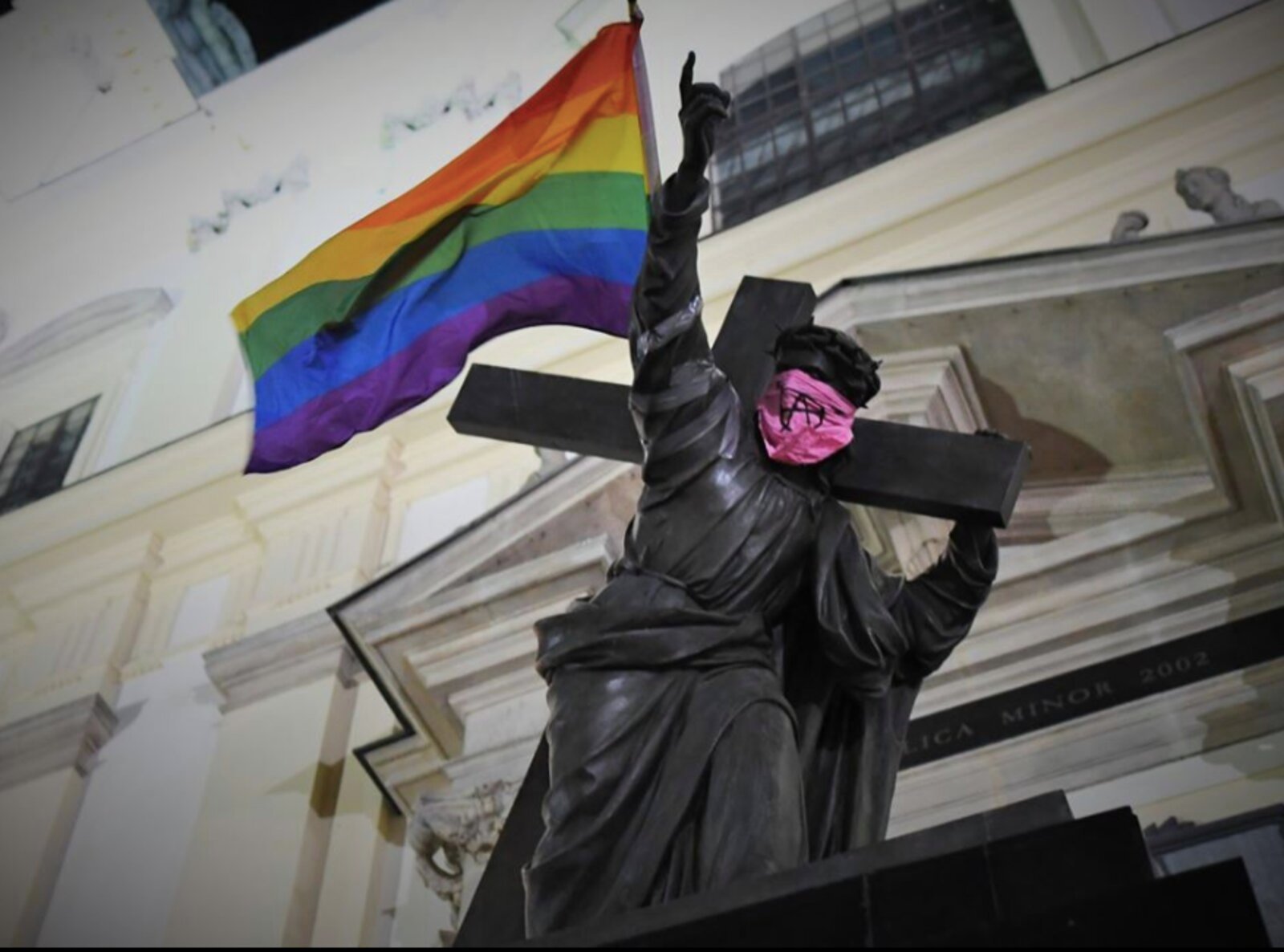 Margot is currently in pre-trial detention, which may last up to two months. Police allege Margot used violence against the driver who’s tires she slashed. Margot belongs to Stop Bzdurom (Stop the Nonsense), which started with a grassroots group of three students. The group was formed after they found an “Anti-pedophiles” tent in their campus that was spreading misinformation about the LGBTQ community.

The event upset the organizing members of Stop Bzdurom and encouraged them to take action. Over a period of ten days the three students created a professional website, wrote a number of articles, organized dances, protests, and submitted proposals against spreading lies about the LGBTQ community to the Polish parliament. Some students can’t even finish one essay on time. 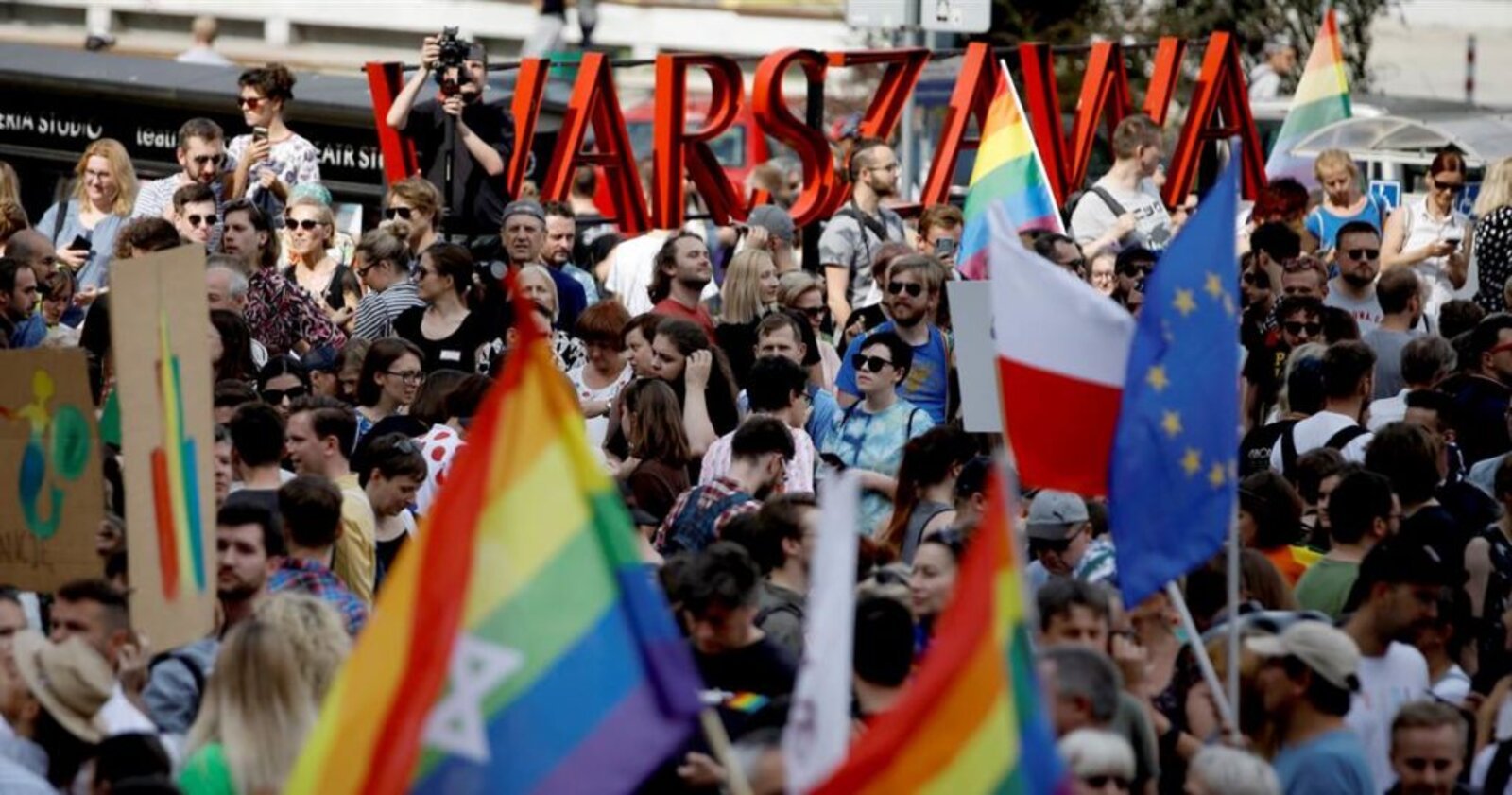 The LGBTQ discussion in Poland is not just black and white

An intensified discussion has been taking place in Poland regarding the true nature of LGBTQ protests and who is behind their sudden surge. Some people see the LGBTQ protests as ideologically driven and have compared it to Communism. Others claim that the anti-LGBTQ stance is used by politicians to divert attention from their attempts at eroding the rule of law and slipping towards authoritarianism. 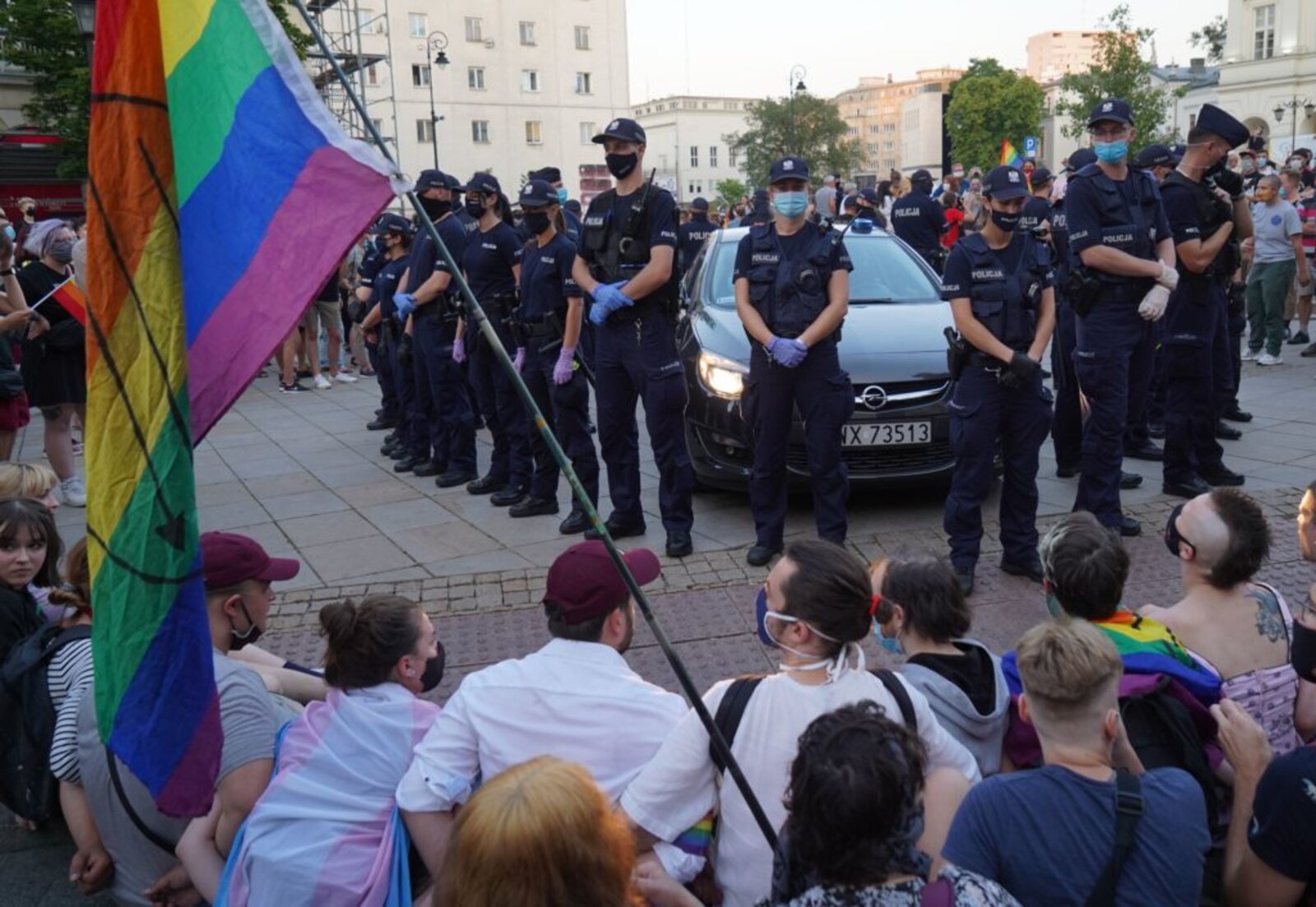 NGOs have been prevalent in Poland, but are notoriously non-transparent

The Justice Ministry recently said that they are preparing legislation that would require NGOs to declare any foreign funding source. It’s possible that many of the NGOs around the world are backed by heavily funded interests that could be counterproductive to various national interests. The argument goes, if the funding of NGOs is kept hidden, the true motives of those organizations cannot be known.

There’s no denying the role that NGOs have played in shaping our modern world. Since the end of the Cold War, NGOs in the developing world have been responsible for influencing domestic policy change and supporting local and national resistances. To keep the funding of those organizations secret opens countries up to potential destabilization from outside forces, which in turn is always political. 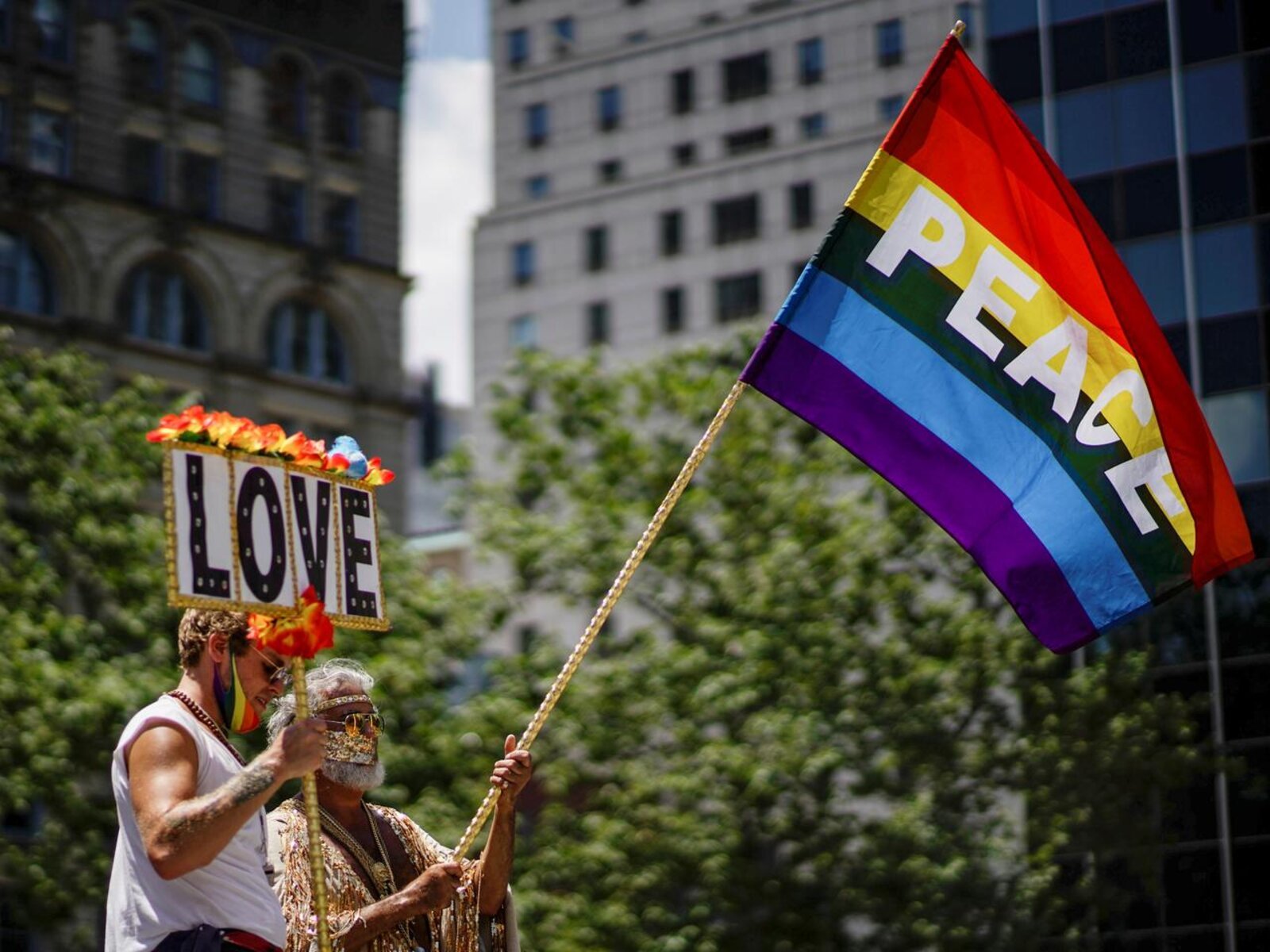 The LGBTQ cause should not just be limited to European countries

It’s unfortunate that such a humane cause has created so much controversy in Poland. The LGBTQ community is truly without borders and their rights should not be allowed to be trampled, but why aren’t we focusing on queer activists being sentenced to death in Saudi Arabia or the United Arab Emirates? Some places simply being queer is a death sentence, yet those stories hardly make it to print.

We wish Malgorzata Szutowicz all the best in her struggle against homophobia and invite people to have a constructive conversation about LGBTQ issues. There’s no word yet on Margot’s court date, but hopefully, it won’t take the full two months to come to fruition.