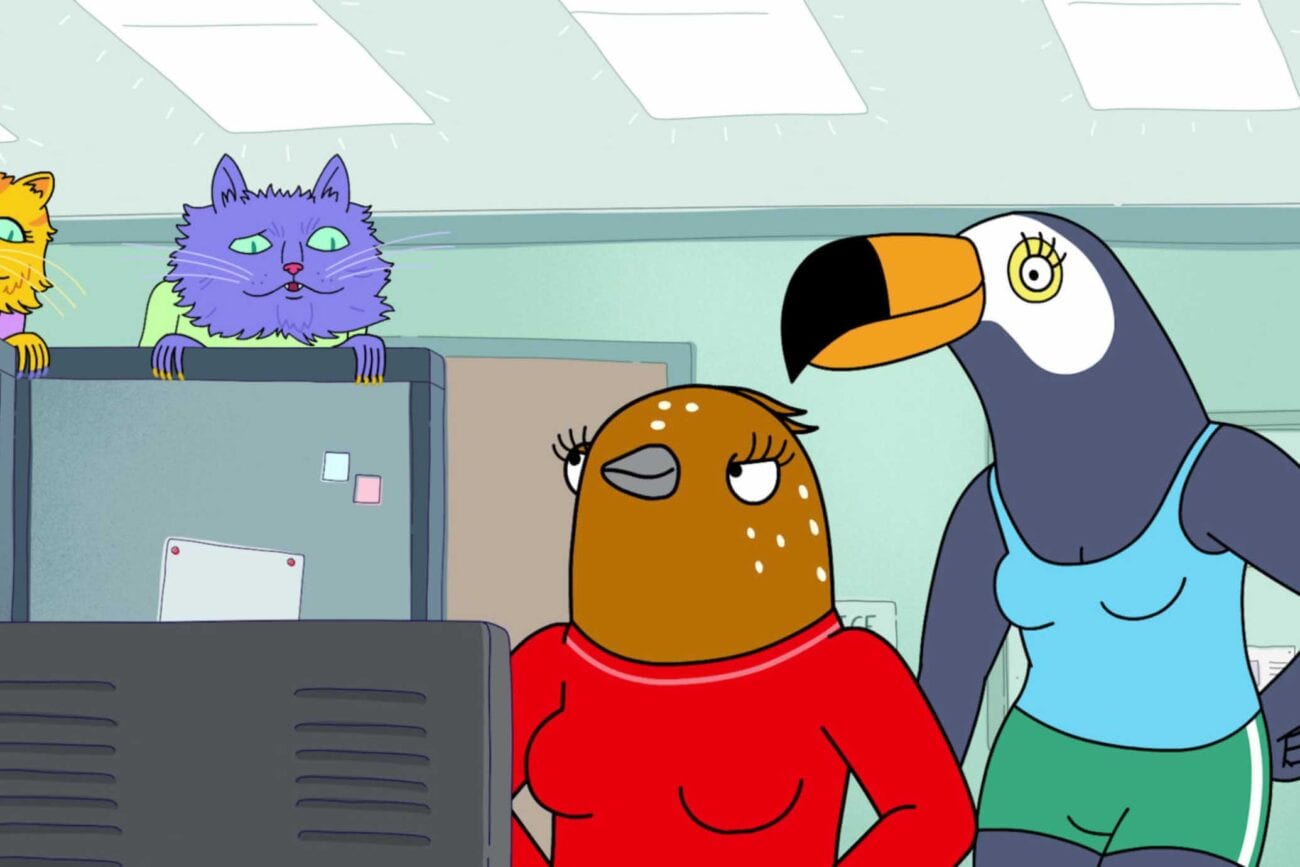 Today is a good day for fans of potty-mouthed anthropomorphic animals, and that’s because Tuca and Bertie has been officially picked up by Adult Swim. News of the animated show’s revival comes as a huge relief to its fanbase, which ironically only seems to have grown in size ever since Netflix cancelled their 2019 original just three months after it premiered. 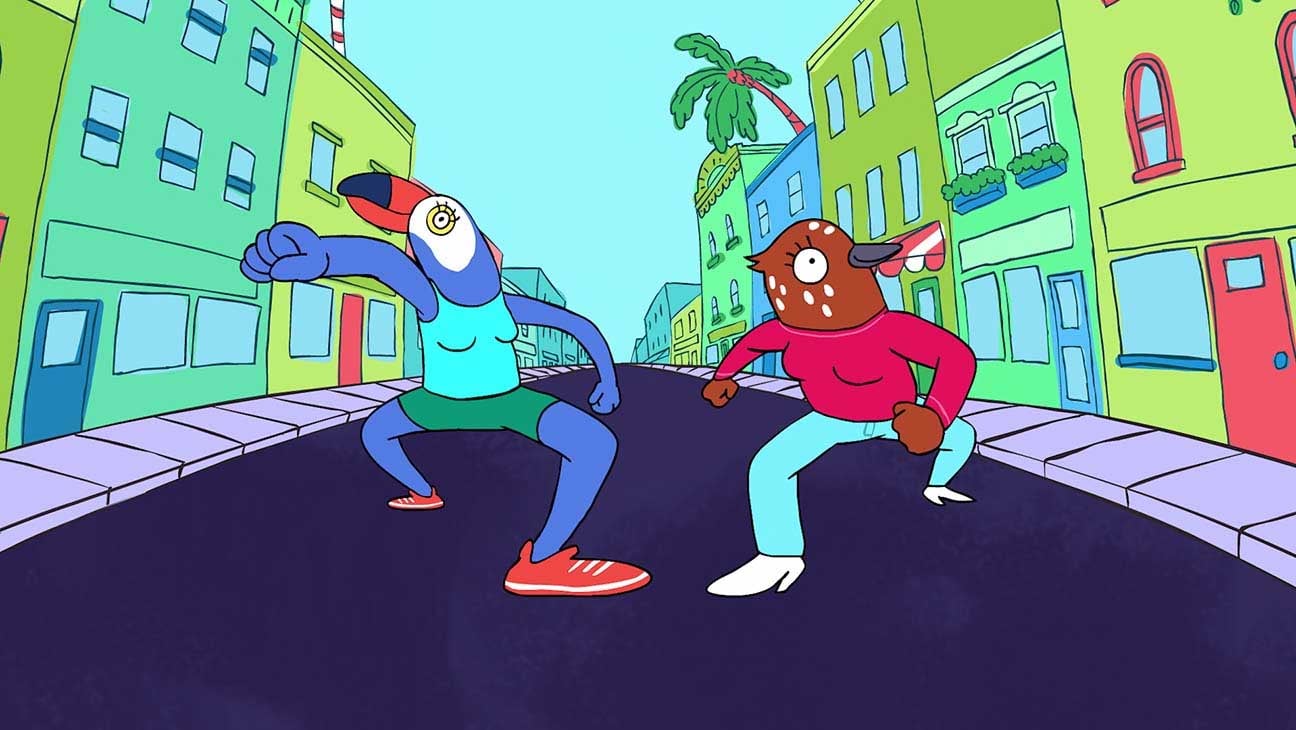 Based on a snappy webcomic from the early 2010s written and illustrated by American artist Lisa Hanawalt, Tuca and Bertie centers around the unlikely friendship between two middle-aged birds: a jolly, happy-go-lucky toucan and a constantly stressed, overachieving songbird.

While mostly known for having the same animation style as the Netflix mega-hit BoJack Horseman, Hanawalt’s creations have very little to do with the washed-up, nihilistic destrier. Intended to represent average, middle-class women, Tuca and Bertie’s problems are not nearly as primordial as those of their alcoholic rival – and that makes them infinitely more relatable. 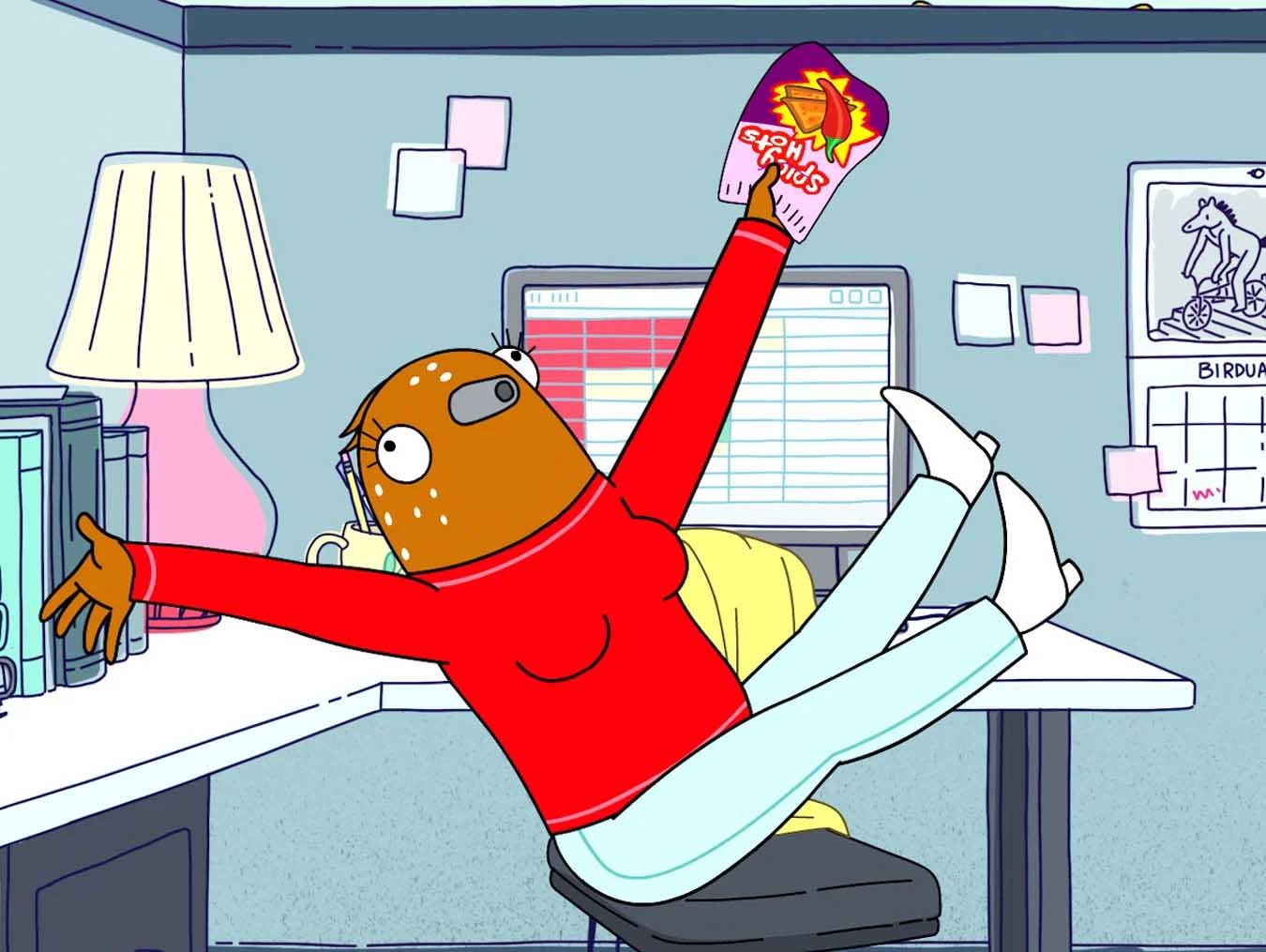 Netflix’s decision to abandon Tuca and Bertie caused quite a stir last year, not only because the streamer is known for its prolific production of adult animation, but also because the show had proven to be one of the most critically acclaimed in its entire library. Indeed, AV Club, Vox, IndieWire, TV Guide, and HuffPost all listed it as one of the greatest animated series of the year.

Although critics may have used the word “chirpy” one too many times, their high opinion of Tuca and Bertie was evidently shared by viewers. How else to account for the tens of thousands of hashtags that flooded Twitter hours after it was announced that Netflix would be cancelling their short-lived avian adventure? 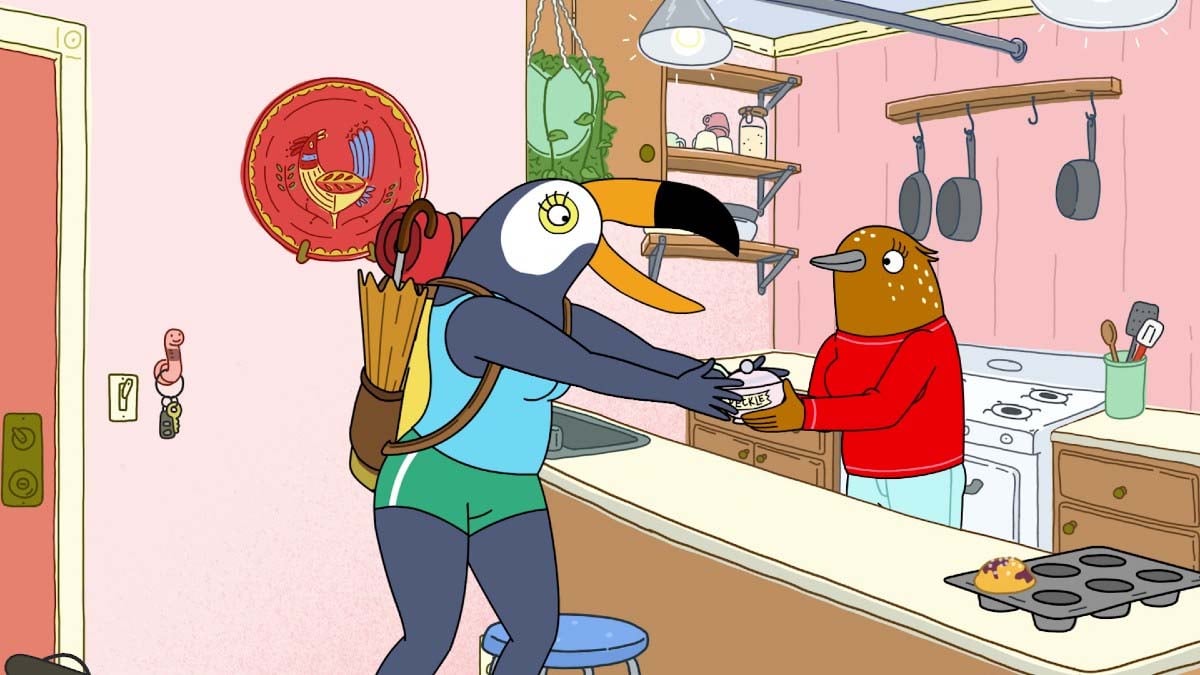 Why exactly Tuca and Bertie was cancelled no one knows for sure. While most believe it had something to do with low ratings, they disagree on the underlying cause. CNN reporter Brian Lowry, for instance, labeled the show “strictly for the birds.”

Tongue-in-cheek though his remark may be, it suggests perhaps Tuca and Bertie’s story, focused mostly on women, did not appeal to the predominantly male audience of Netflix’s adult animation assortment.

Perhaps Tuca and Bertie’s unfortunate fate did have something to do with gender. While those aforementioned hashtags were pouring in online, various trade publications, including Variety & BuzzFeed, took out columns to discuss the streamer’s motivations for doing so. 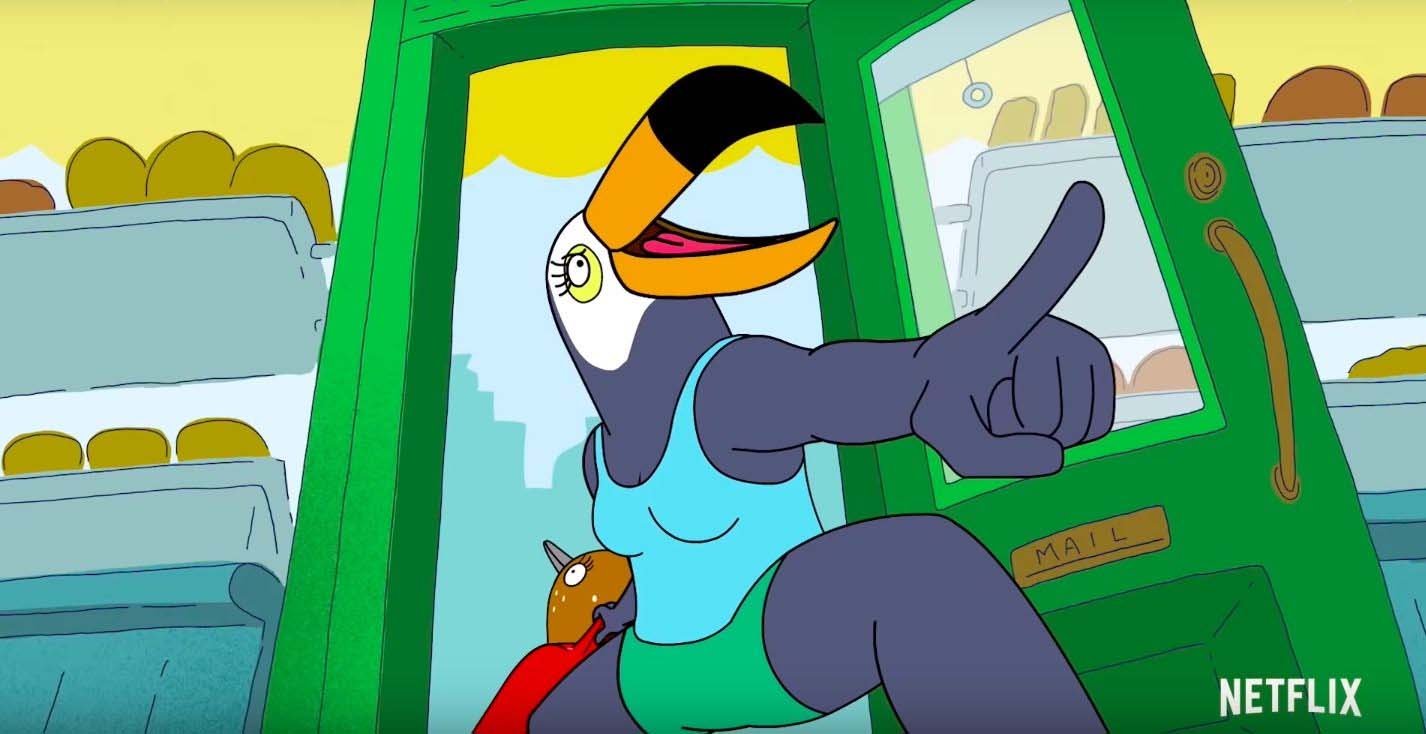 In lamenting the loss of a diverse cast as well as a powerful female voice – both of which remain somewhat of a rarity in the entertainment industry to this day – these reporters implied the possibility of some reactionary sentiment.

Others argue Tuca and Bertie bombed in view numbers not necessarily due to political considerations, but rather due to a sloppy and purely technical screwup: namely an error in the streamer’s search algorithm which neglected to direct subscribers to the show when typing in names of either its creator or cast.

In addition, Netflix was also criticized for failing to promote Tuca and Bertie with the same fervor it showed its other animated programming. At any rate, killing the series so early in its run must have surely robbed it from any audience waiting at the proverbial doorstep. 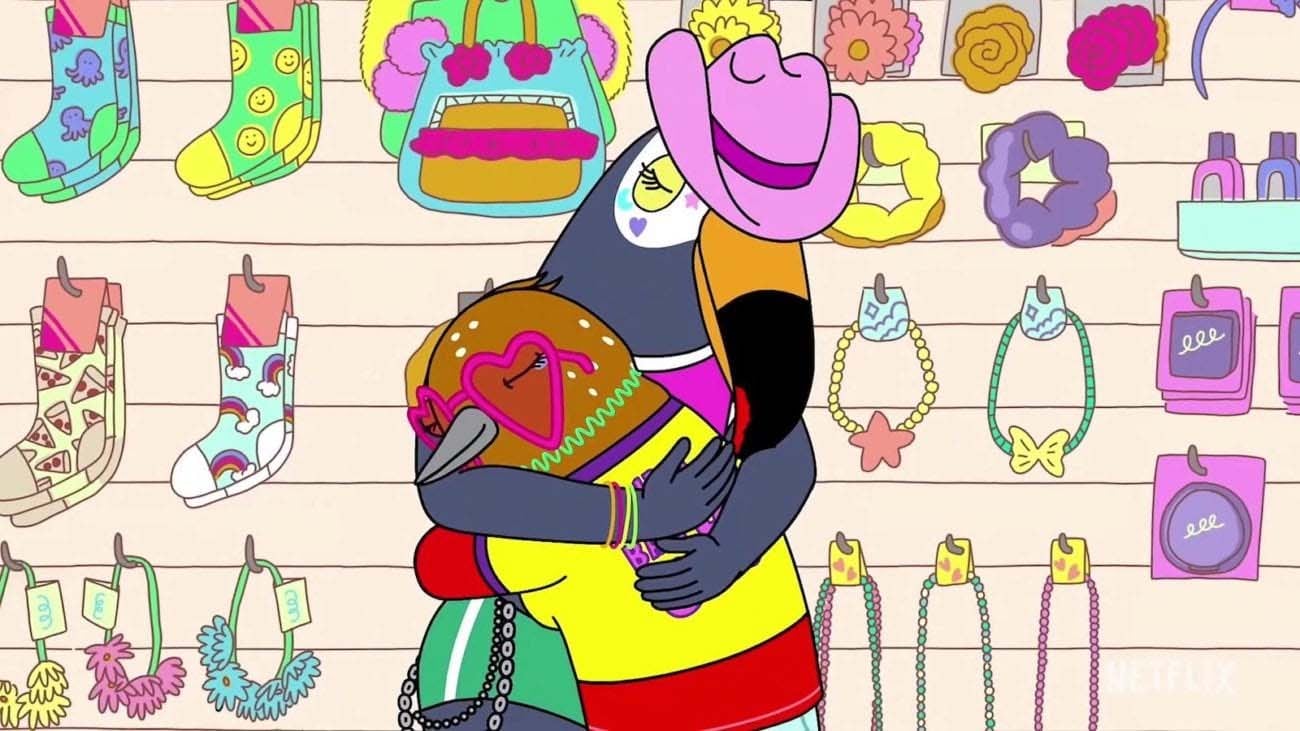 Although disappointed at Netflix’s decision, Hanawalt expressed her gratitude for the experience. Moving forward, she kept her head high, and that positive attitude eventually paid off.

“I’ve been a fan of Adult Swim shows since my teens,” Hanawalt told The Hollywood Reporter regarding the renewal of Tuca and Bertie, “so I’m thrilled to bring my beloved fowl to the party and be a new voice for a fresh decade of absurd, irreverent, yet heartwarming adult animation.”

One thing’s certain: we’re delighted, too.