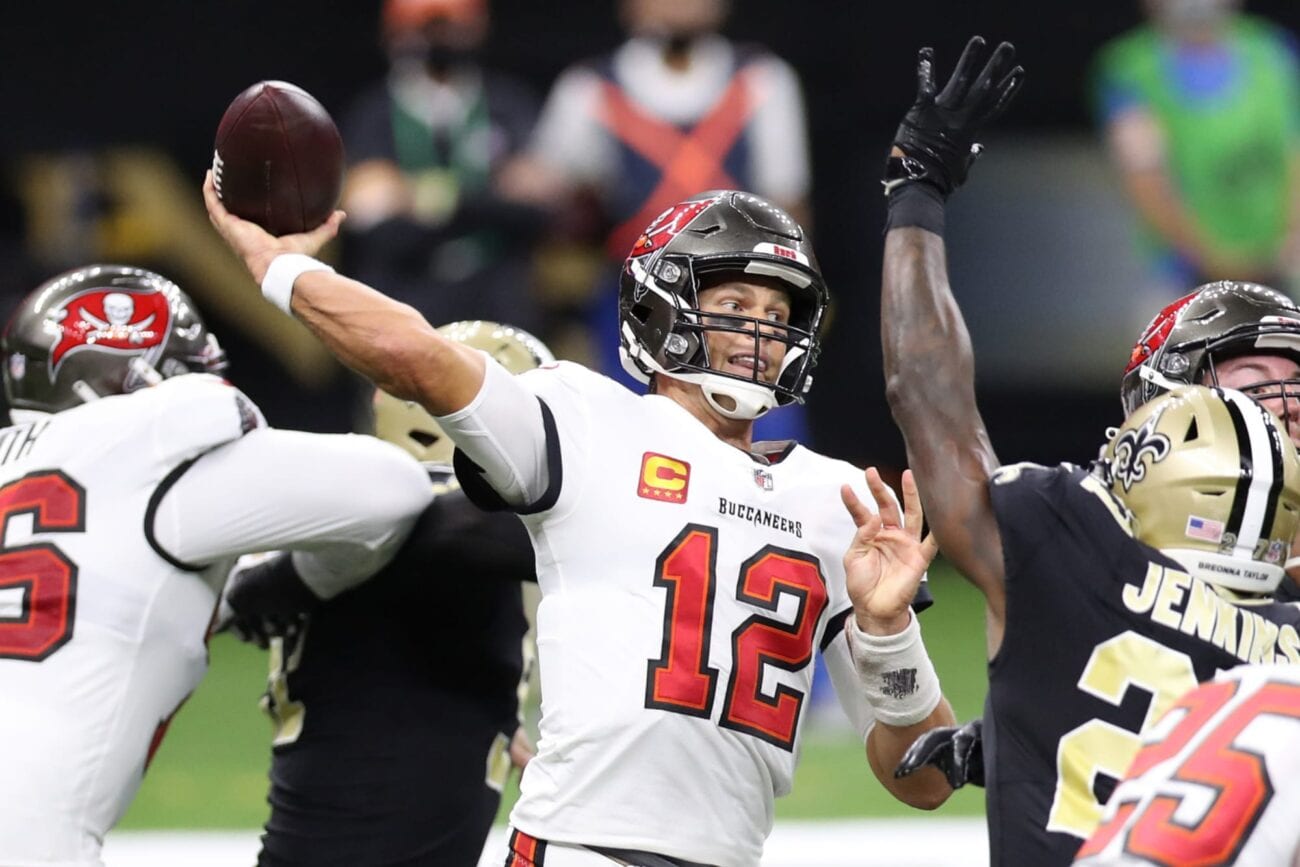 Can Tom Brady help the Bucs defeat the Saints? How to watch

It’s Sunday, baby! And that means there’s Sunday Night Football on NBC. It’s the best matchup of the week, and nothing beats an NFC South rivalry game with massive playoff implications. Tom Brady and the Tampa Bay Buccaneers are looking to enact revenge for their week 1 loss to the New Orleans Saints.

Tampa Bay currently holds the no. 1 spot in the NFC South. The Saints already had their bye week, but the division is either team’s to win. Brady and the Bucs have a record of 6-2, while Drew Brees & the Saints sit at 5-2. The extra game puts Tampa Bay over the Saints, but the Saints have a better conference and divisional record. If the Saints win tonight, they’ll improve to 6-3 and take over the top spot in the division.

Brady and the Buccaneers have a lot to prove on Sunday night. Tampa Bay has been slowly inching its way to a playoff spot. They could’ve come closer to one if the Saints didn’t steamroll their way through the entire division. Brady has been on a hot streak since that stinging week 1 loss in which the QB was picked off twice – and in the following seven games Brady’s only thrown two additional interceptions. 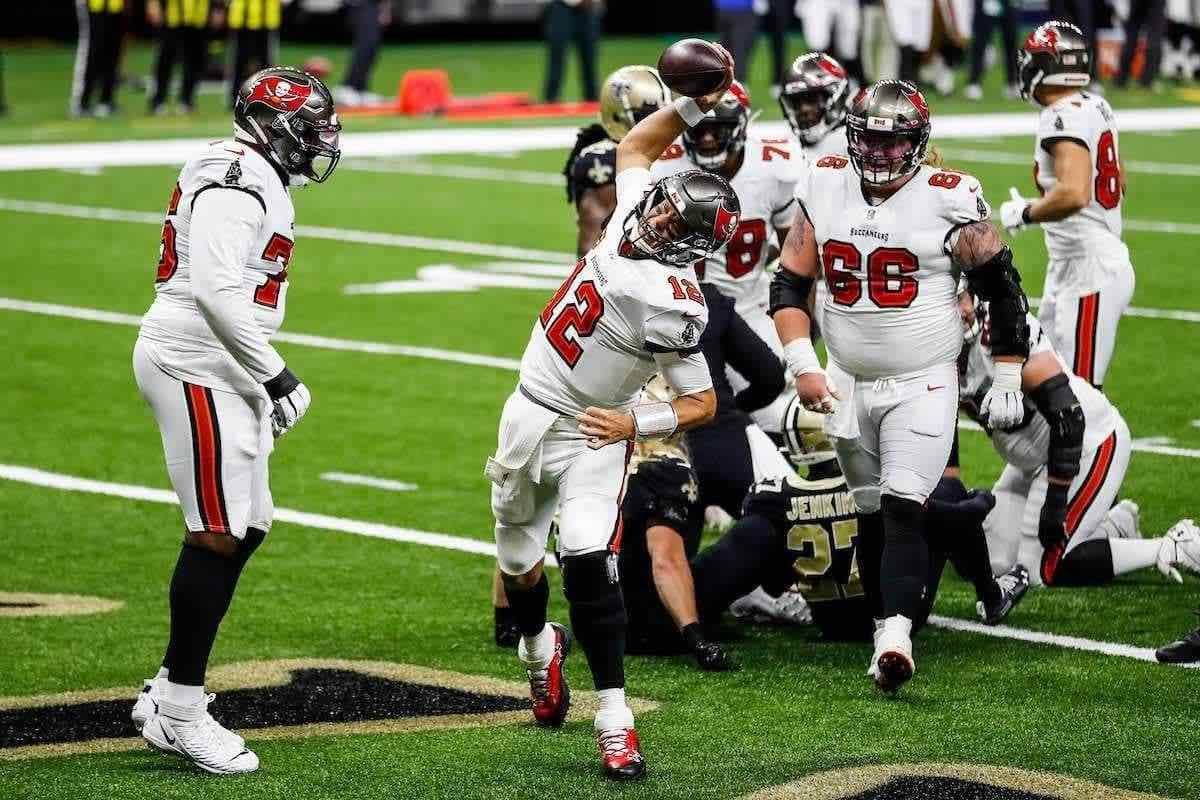 Brady has elevated this team to a playoff spot and presumably a divisional title. The veteran former Patriot is an upgrade from Jameis Winston, who had almost as many interceptions as touchdown passes. Brady also proved Tampa Bay could hang with the best of the conference when they demolished the Green Bay Packers in week 6.

The Buccaneers’ next upgrade is Brady’s new weapon to throw to: All-Pro wide receiver Antonio Brown. The Saints matchup is his first game back on the field, where he joins an already talented receiver pool including Chris Godwin, Mike Evans, and Rob Gronkowski at tight end. Brady is a top-10 quarterback in yards per game, and the Buccaneers are fourth in points per game with 31 points per game through eight games.

Last season Tampa Bay was one of the league’s highest-scoring offenses with 28.5 points per game, good enough for a third-place tie with the Saints. They were in plenty of close high-scoring games, but couldn’t finish outings with a win – ending the season 7-9. 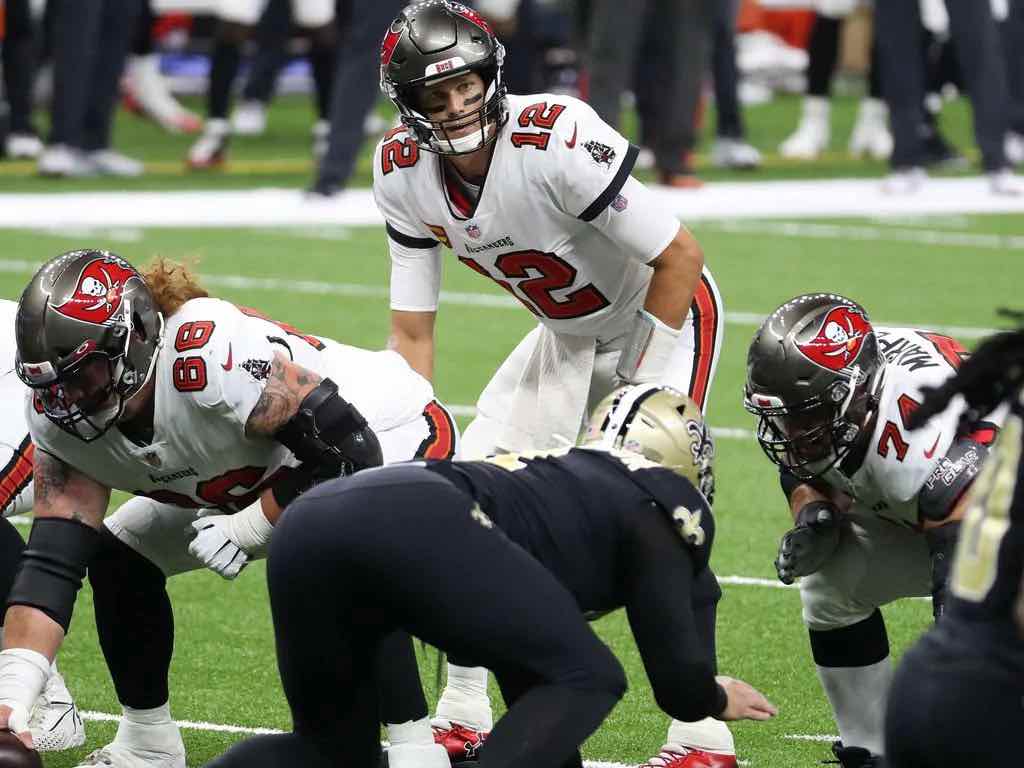 Brady is a six-time Super Bowl Champion, and his presence on the field elevates his teammates markedly. He’s proved this season he isn’t just a system quarterback behind Bill Belichick in New England. Brady is the real deal – and finally has an all-star cast of receivers to throw to.

Brady is out to prove week 1 was a fluke and that Tampa Bay is a legit Super Bowl contender. He’ll achieve that this week, we predict, with a prime-time landslide 38-13 victory over the Saints. A win on Sunday pushes Tampa Bay closer to clinching their first NFC South title since 2007. 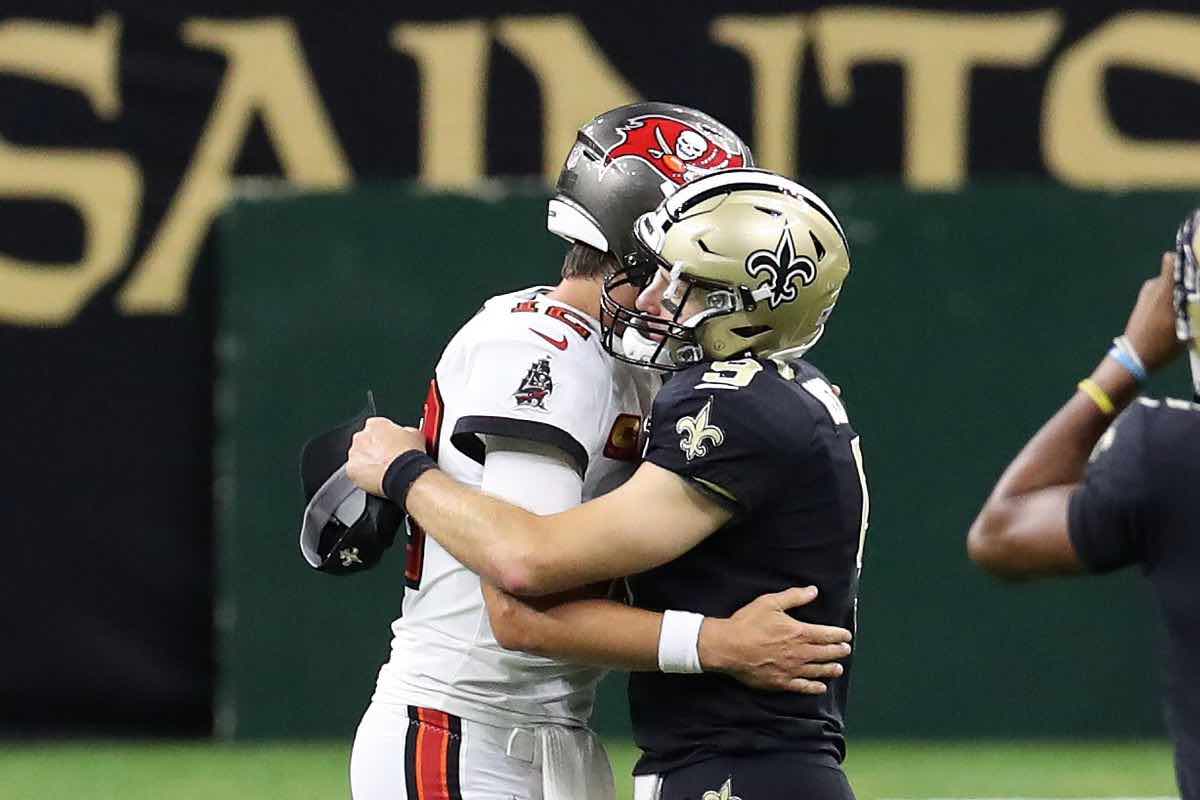 The Saints-Buccaneers game is a prime-time event, so NBC will broadcast the game with coverage beginning at 7 ET. You can catch the game on your NBC station or the NBC Sports app. Who do you think will win? Let us know in the comments.