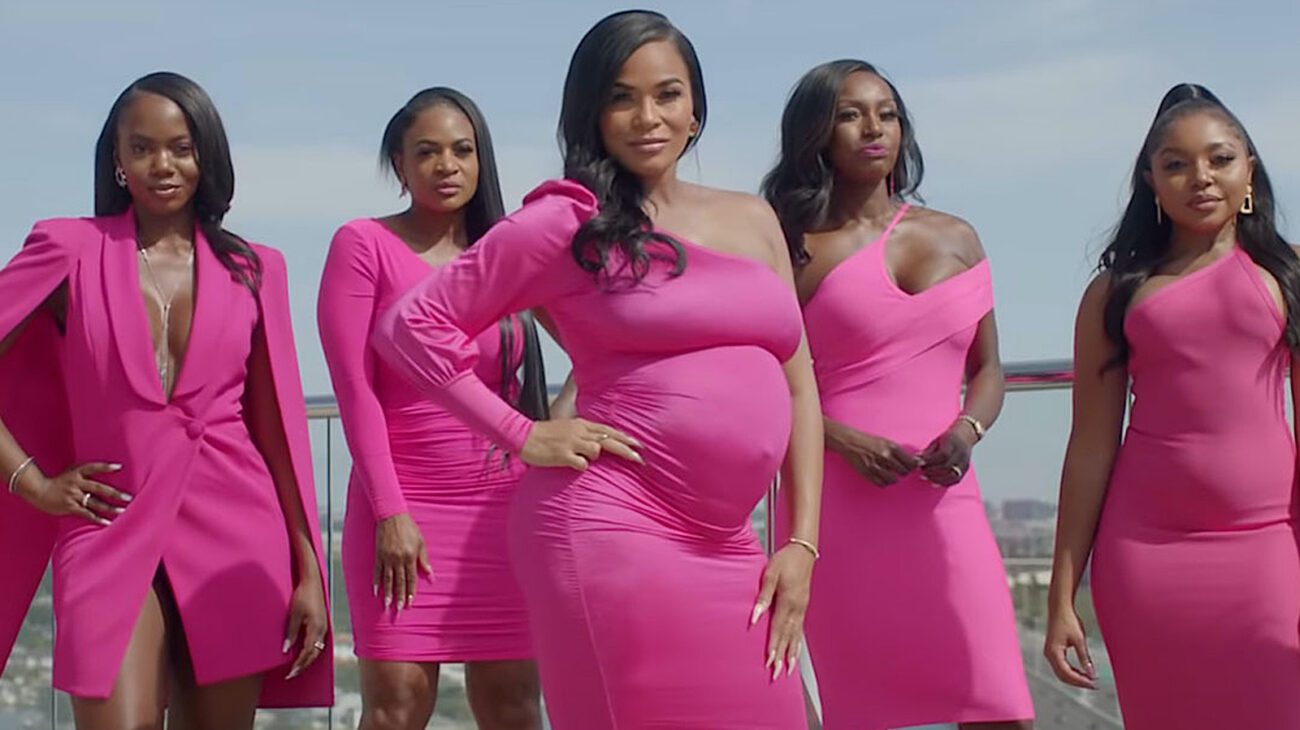 Everyone right now is ALL about Selling Tampa. The new reality show, a spinoff of Selling Sunset, is making big numbers, drawing in tons of drama-loving and tea-sipping viewers. Selling Tampa fans are excited for its release and already anticipating a second season.

But maybe you’re not familiar with this Netflix reality series – or its wildly successful predecessor. Let’s go over Selling Sunset, talk about Selling Tampa, and see if the latter is available to stream for free. 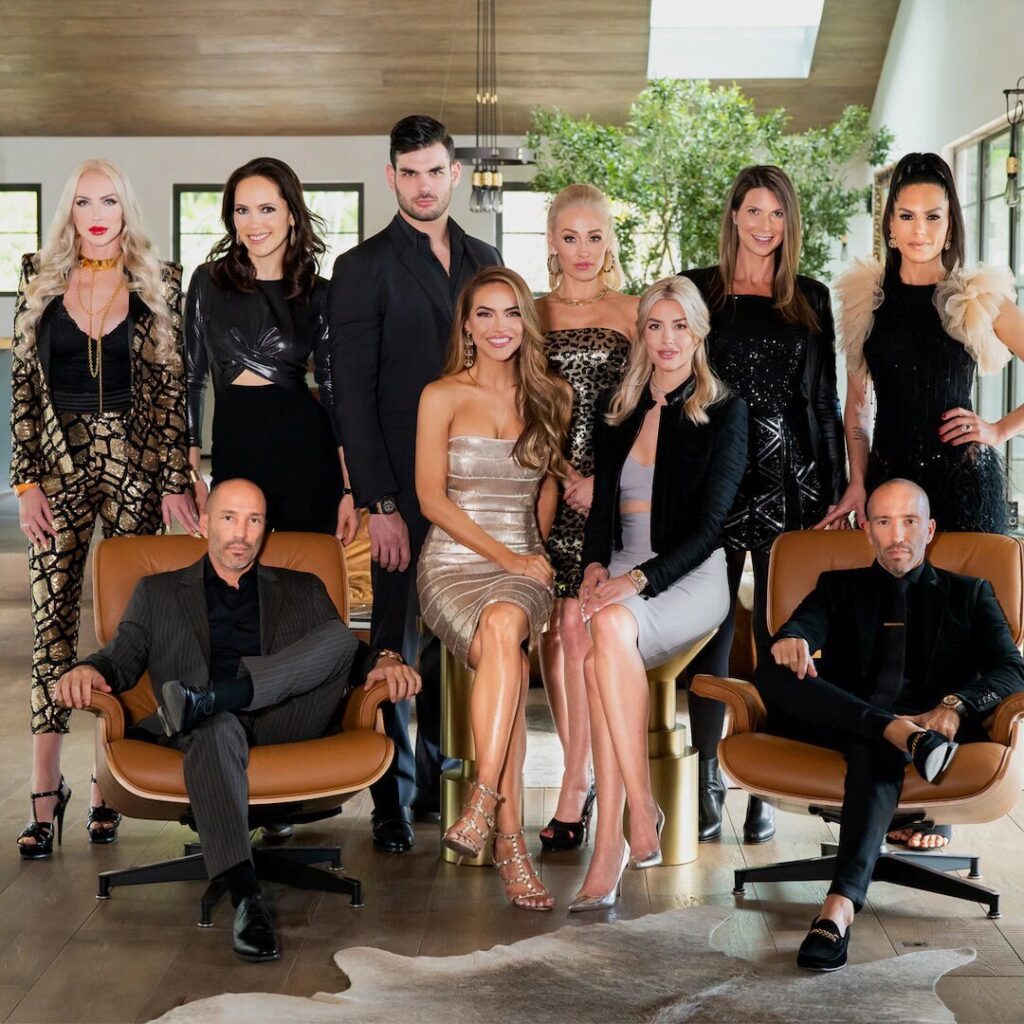 Selling Sunset is a 2019 reality show on Netflix, created by Adam DiVello, an expert in this genre who makes hit series through his company Done & Done Productions. In this show, female real estate agents of the Oppenheim Group, who sell California dream homes, juggle housing deals with personal conflicts & struggles.

The show started with Chrishell Stause joining the company, and has added onto its cast as time has gone on. Christine Quinn is seen as Selling Sunset’s “villain”, and is usually one to pour gasoline over the show’s metaphorical fires. Recently she revealed her postpartum depression due to the birth of her son, and discussed how the editing paints her in a bad light. We don’t have time to dig into that today, but our hearts are with her.

All the women on the show are very different for many reasons, and their personalities get to shine through in each episode. The show’s authenticity & the treatment of its cast has been called into question, as is a long tradition of reality TV. But its plots are solid, as they’ve gotten many viewers. 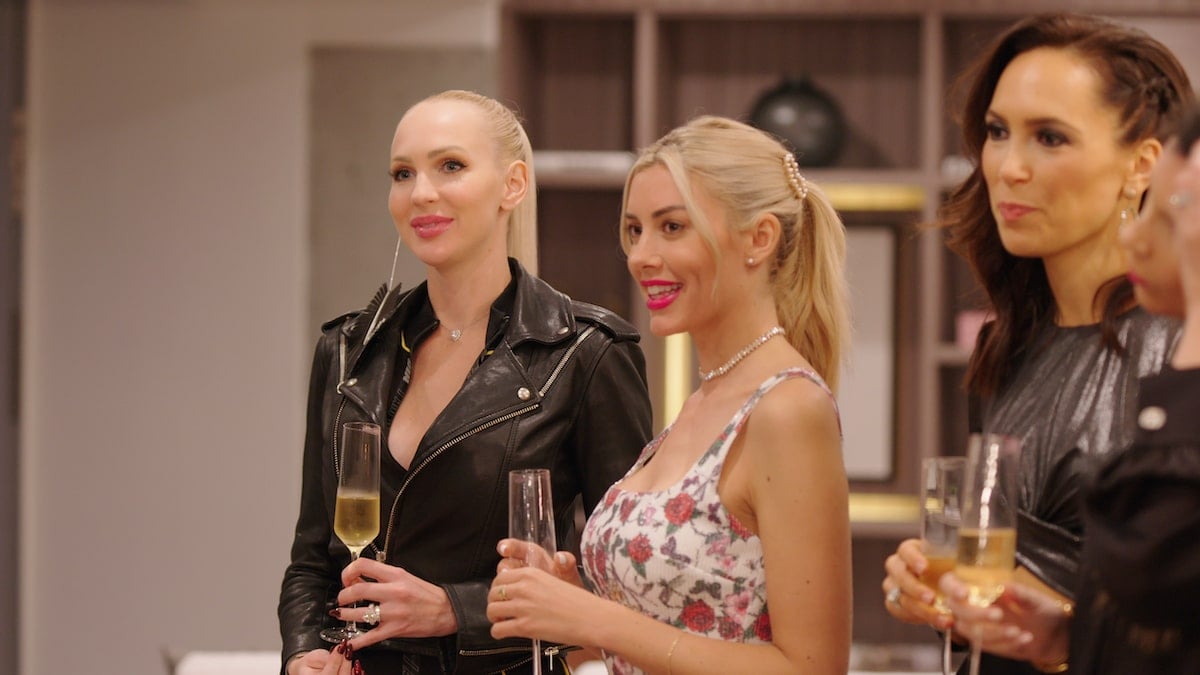 To summarize, Selling Sunset is everything you could really want from this kind of show. It has an interesting premise & solid plotlines, though its treatment of the people they film leaves something to be desired. Luckily, the show would get a chance to improve itself via a spinoff, Selling Tampa. 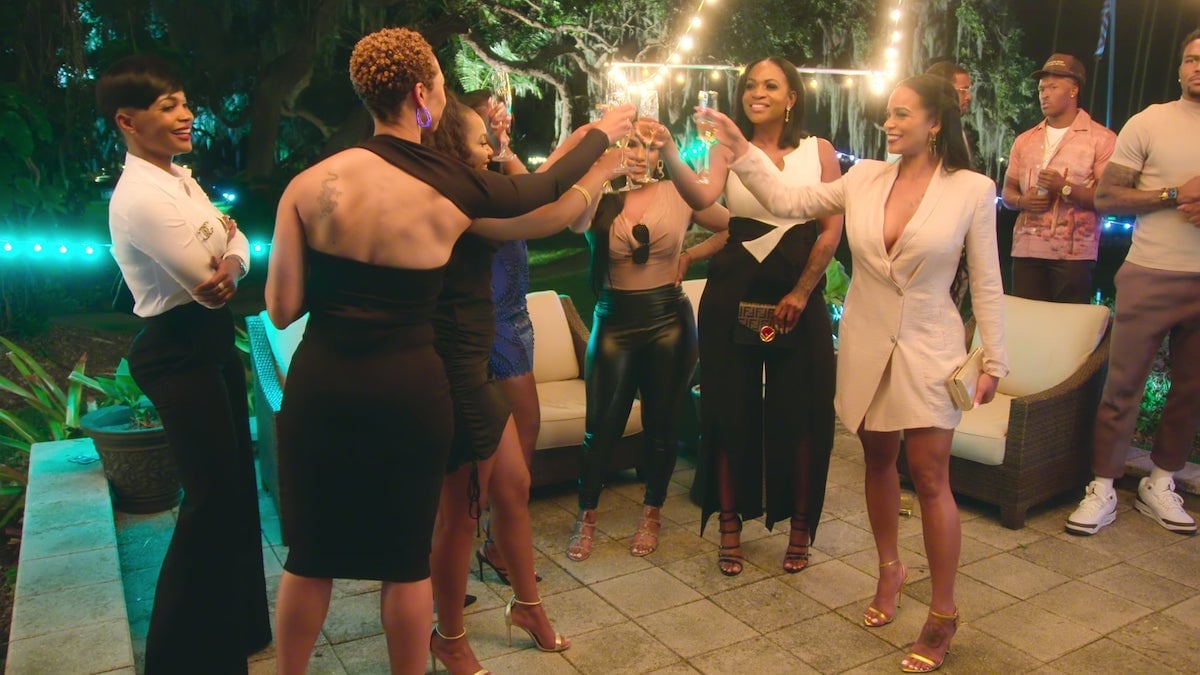 In March of 2021, through an official Netflix press release, Brandon Riegg (vice-president of “Unscripted & Documentary Series” at the company) announced that the streaming service would “double down on docusoaps”. He revealed Selling Sunset was renewed for two more seasons, and that Netflix had ordered a new series from its creators: Selling Tampa, also a DiVello series by Done & Done Productions.

From Riegg’s post, we learned that Selling Tampa would take place at Allure Realty in Florida. The company is led by “military vet Sharelle Rosado” and is an “all Black, all female real estate firm that has its eyes set on dominating the Suncoast. These ladies are equally as fun as they are fiercely ambitious, with all of them vying to be on top of the lavish world of luxury waterfront real estate.” Sounds promising!

We got more information on the show starting in late November, when a press Instagram, @Sellingtampanetflix, opened & shared teasers. Then a two-minute trailer was released, getting fans even more hyped. On December 15th, 2021, the show was finally released. 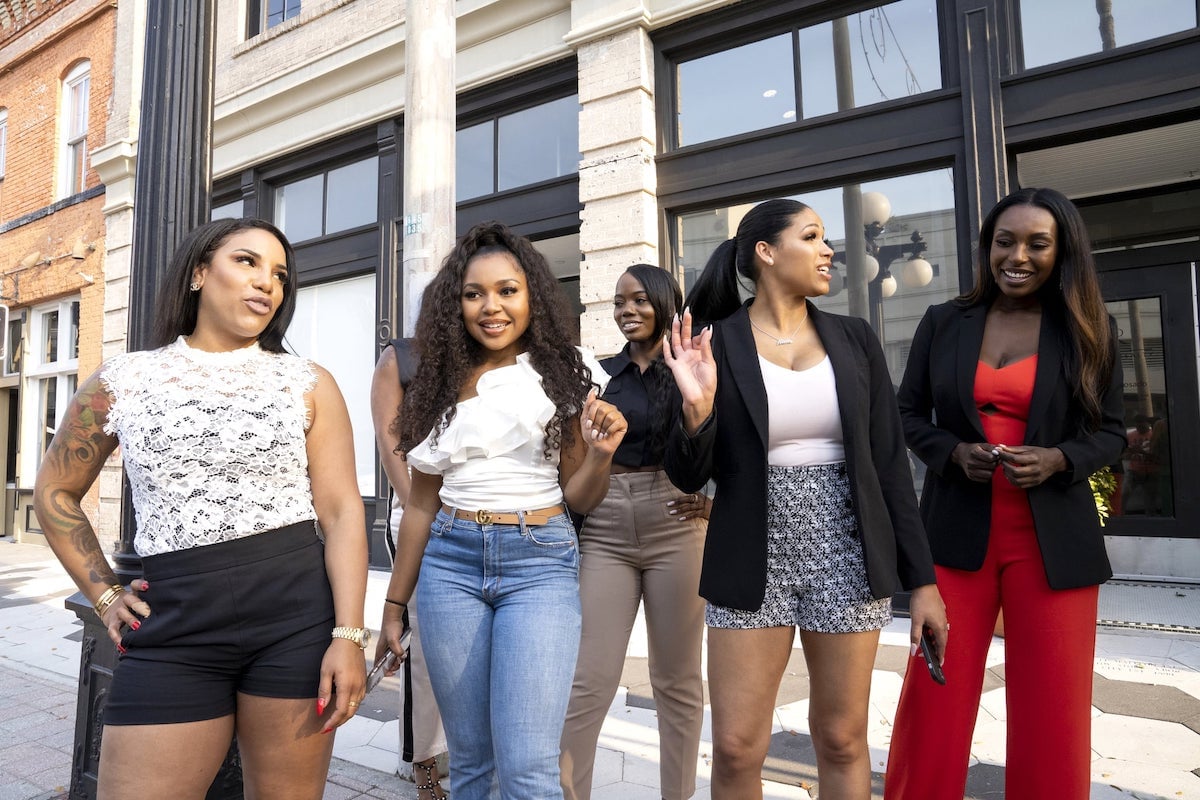 Selling Tampa has, like the series before it, really topped the charts. During its first day, it was the number one show on Netflix, and it’s still in the top ten currently. It looks like it’ll be as big a hit for the streaming service as Selling Sunset – which is good since they already ordered a second spinoff series called Selling The OC. So, how can you watch Selling Tampa? 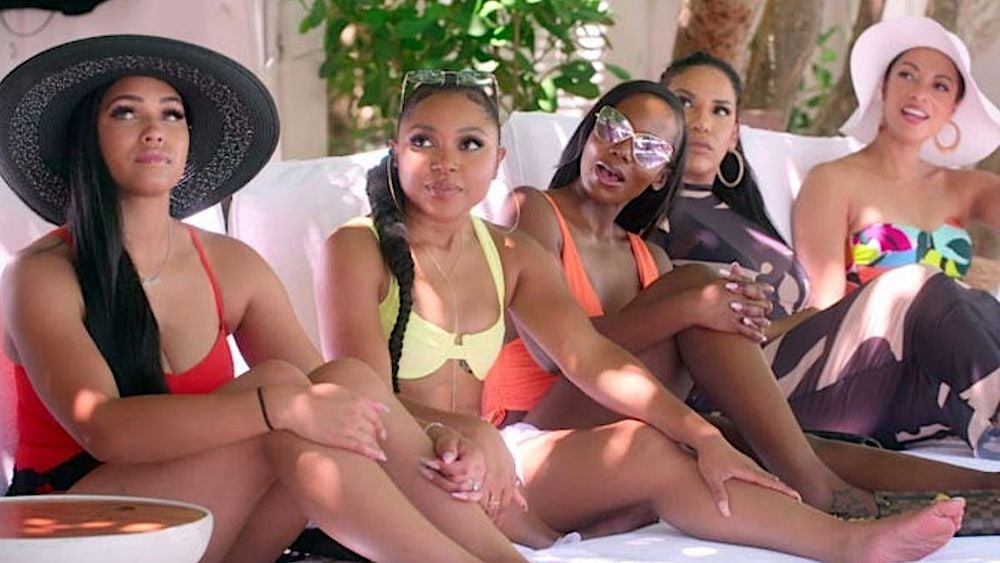 Can you stream Selling Tampa for free?

Selling Tampa is currently a Netflix exclusive, which means that if you want to watch it, the only way to legally obtain it is to sign up for an account there and stream it. It’s a bummer, but as of right now, you cannot stream Selling Tampa for free.

But it might not stay on Netflix alone. In the past year, we’ve seen services like HBO Max experiment with bringing their exclusives to television. That has been through a program called Front Row, where they teamed up with TNT & TBS to air their original shows. If this is a successful venture, we’ll surely see other streaming services do the same thing, and bring their shows to cable. Only time will tell.

In addition to this, streaming services like Tubi (owned by Fox) & Pluto TV (owned by ViacomCBS) have been working to offer films and television series for free, usually with advertisements. As their libraries expand and bring in new shows, we might see collaborations between them and places like Netflix, making exclusives more accessible to people. We hope that turns out to be the case.

For now though, Netflix is the only way to legally watch Selling Tampa. So if you want to see it, sign up for the streaming service and see it there. We look forward to hearing your thoughts on this new spinoff!