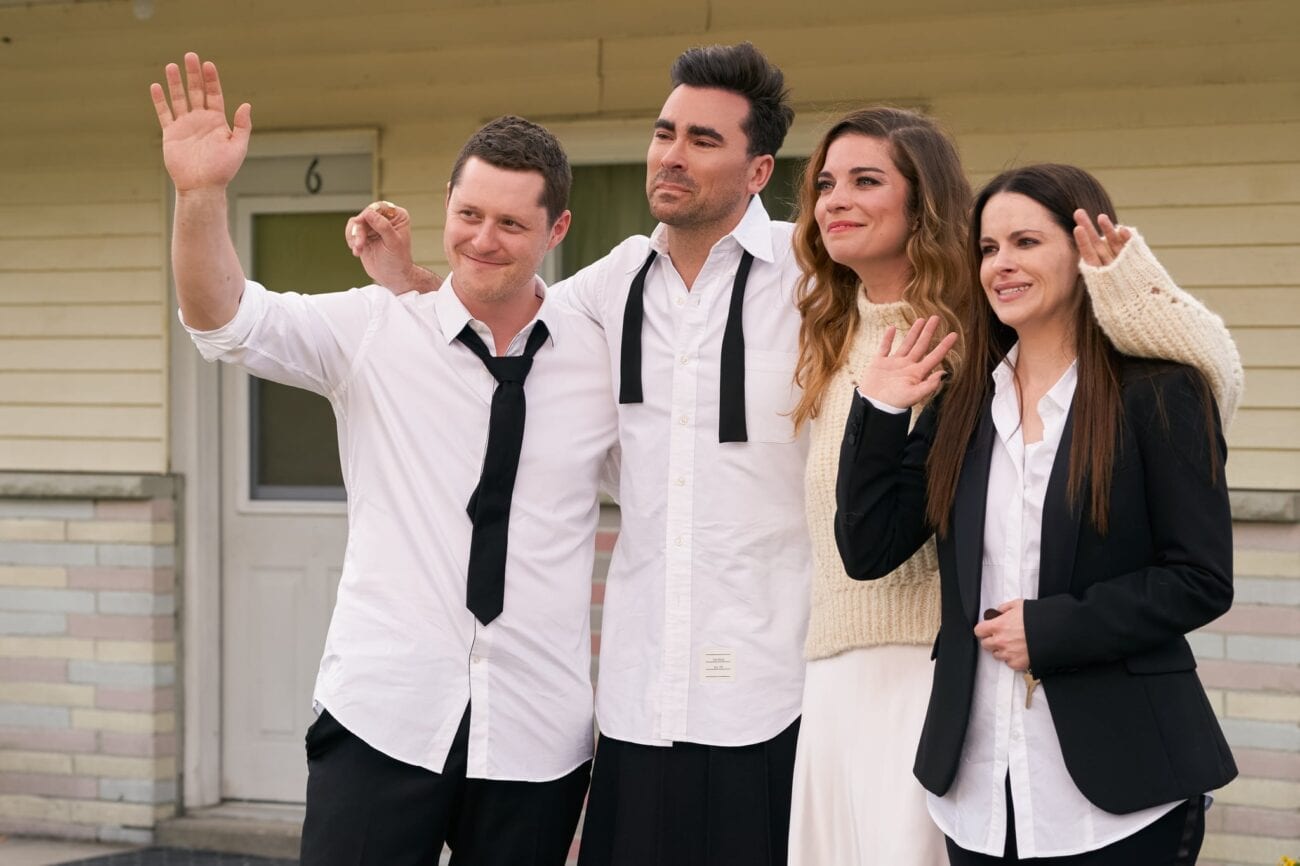 David! Alexis! Gather round folks, we’re reminiscing about one of our beloved comedies Schitt’s Creek. The Rose family provided light-hearted comic relief in a messy world and saying goodbye to the sitcom proved harder than we initially thought. Since 2015, seeing a family go through hilariously awkward scenarios surprised its audience with genuine humor.

Could Dan Levy provide some amazing news during 2020 and bring a Schitt’s Creek movie to life? Here’s the latest update from the Creek. 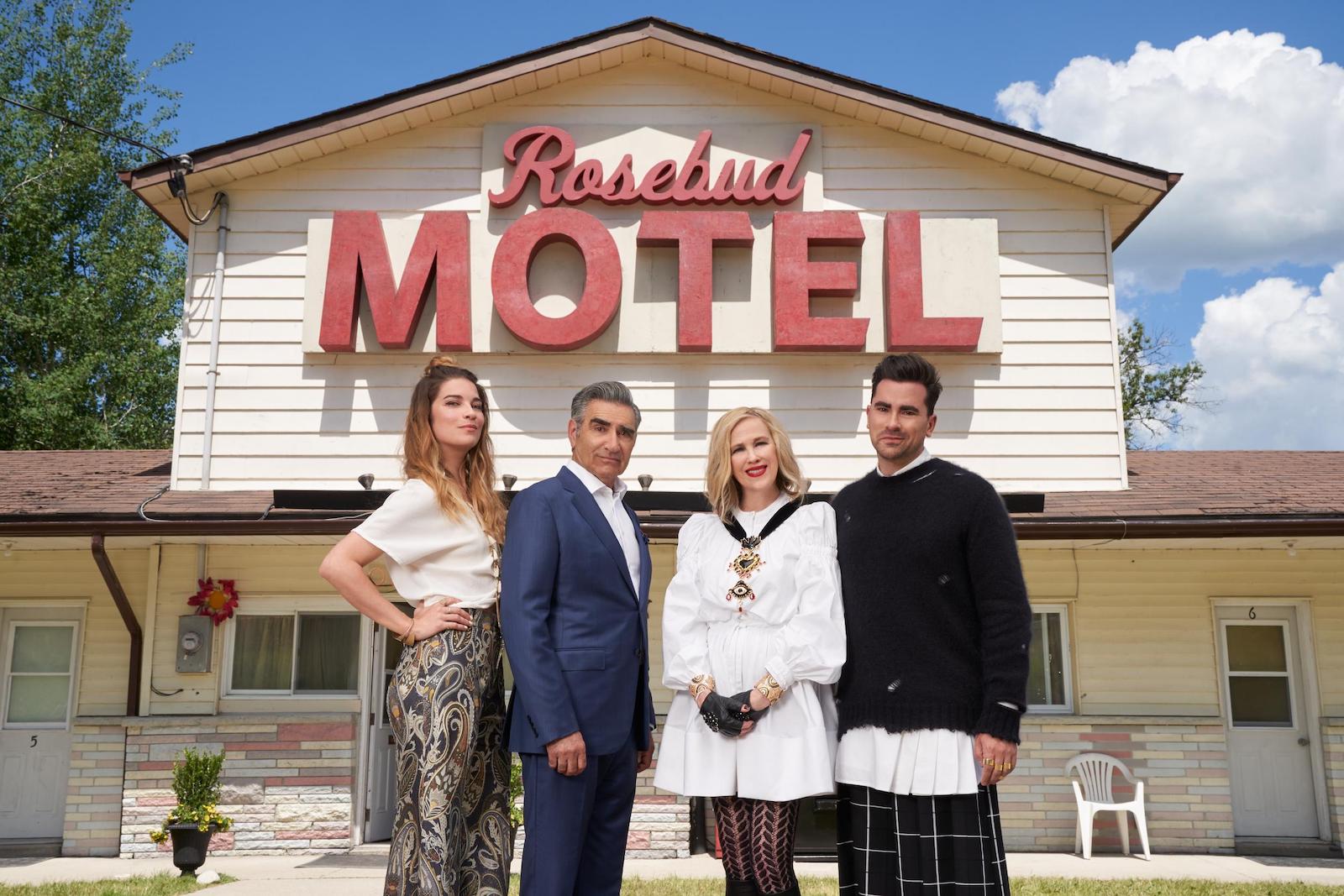 Iconic father & son duo (on and offscreen) Dan & Eugene Levy brought the hilarious Schitt’s Creek to our small screens. Across six seasons, we watch the Rose family fall from grace. The rich and successful family’s life is turned upside down when they suddenly lose their wealth. Luckily (or not), they have one asset that the authorities haven’t seized which is the dysfunctional town of Schitt’s Creek.

While the characters may be extremely irritating in the beginning, seeing them progress throughout the show was rewarding and heart-warming. Johnny Rose (Eugene Levy), his wife Moira (Catherine O’Hara) alongside spoiled children David (Dan Levy) & Alexis (Annie Murphy) move into a rundown motel located in not-so-charming Schitt’s Creek. The siblings share a room adjoining their parents and their distant family bond is tested.

Not only do we enjoy seeing the Rose family cope with a smaller way of living, but we also get to know the residents of their new home. Forming bonds of friendship and romance, lives are forever changed for the better after initially feeling hopeless. 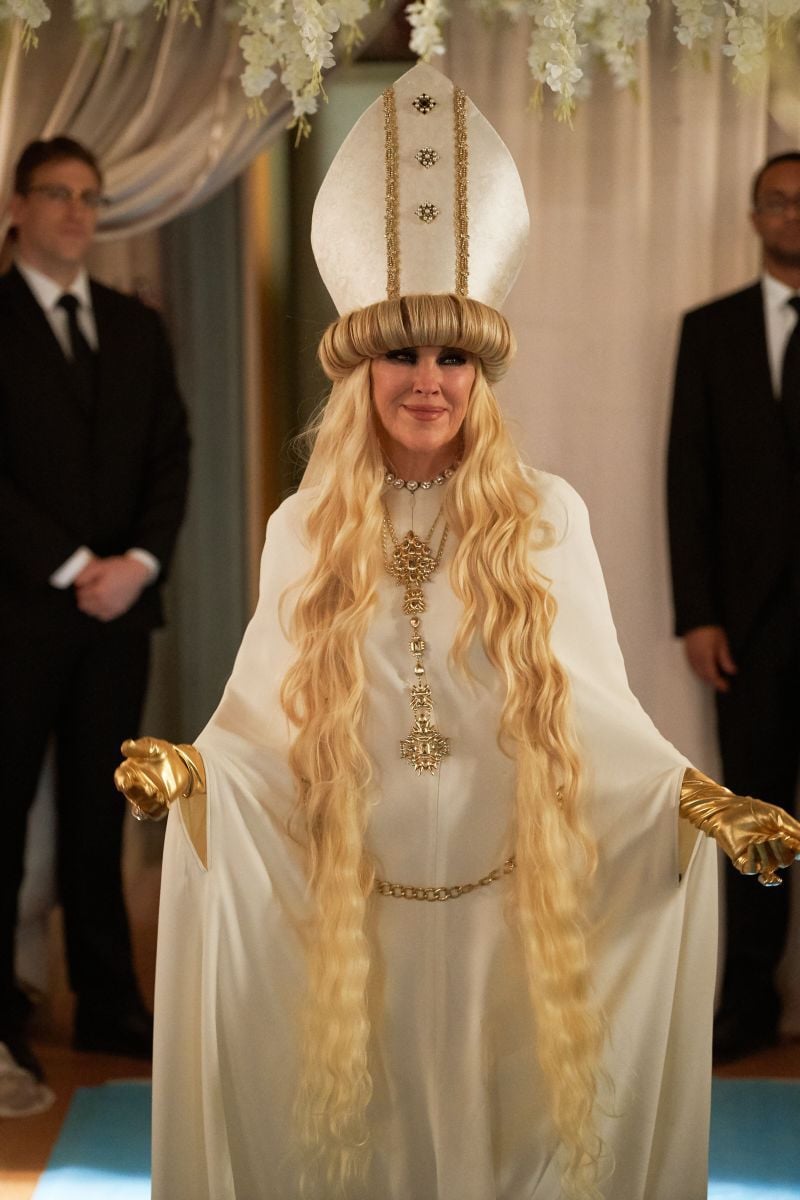 Could a Schitt’s Creek movie be on the horizon? Dan Levy has been discussing the potential future project and there’s a sign that a movie isn’t too farfetched. “We don’t know yet. I think we have to let people have a minute to miss you first,” states Dan Levy. After ending this year, it’s no surprise the Levy family wants to take a breather after the show’s success.

The show won seven awards during the 2020 Primetime Emmy Awards, Levy said that the awards success was the perfect way to end the show’s run. “If there is an idea that ever pops into my head, worthy of these wonderful people . . . it has to be really freaking good at this point because this is a really nice way of saying goodbye. 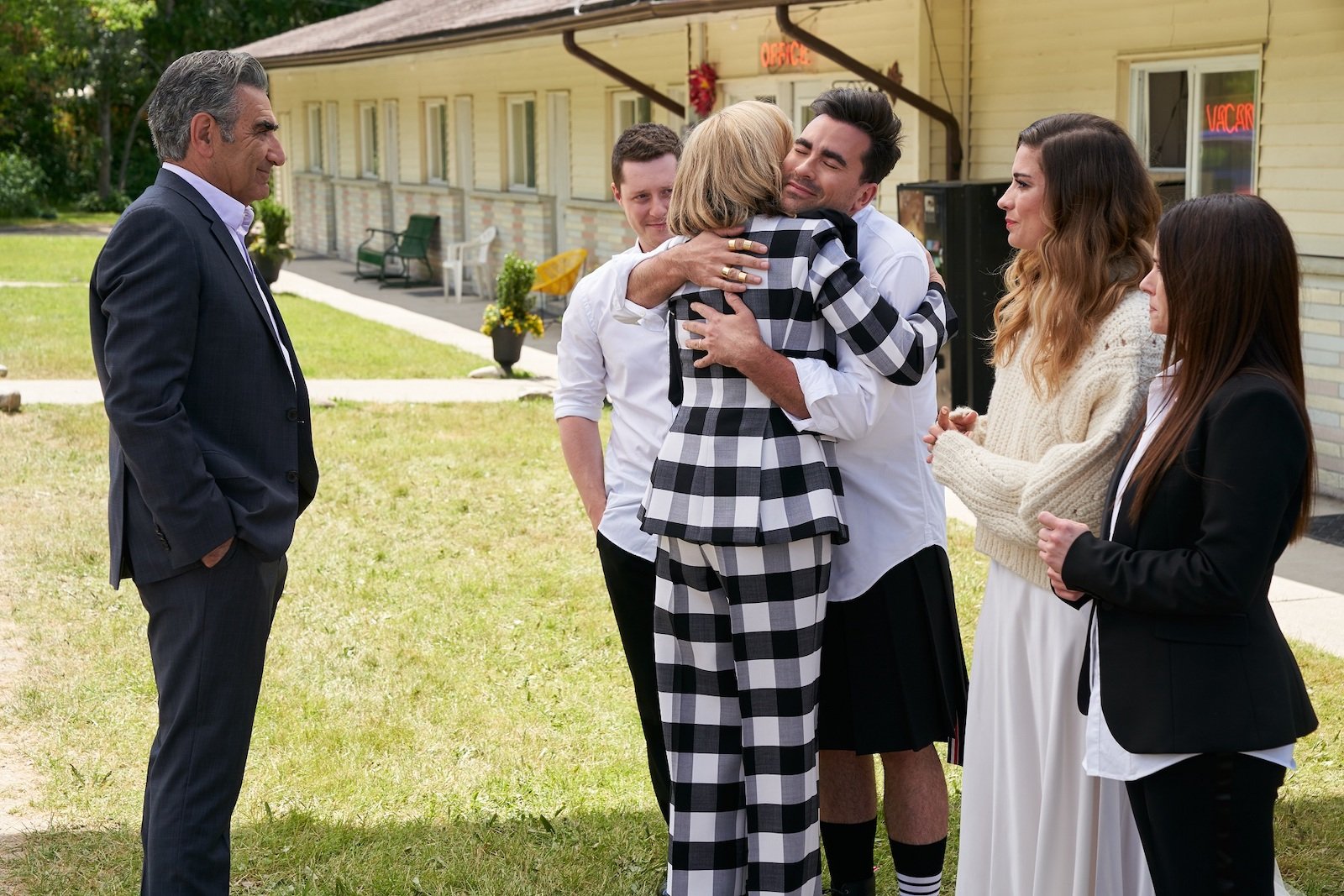 “Fingers crossed that we get a really good idea coming into our heads at some point soon. But I would love to work with these beautiful people again. This has been the most incredible experience,” Dan Levy told interviewers. Seeing the beloved cast on our screens again would be amazing, but can you get too much of a good thing?

Many shows have been running for years and it could be argued that they should’ve ended a while ago (cough Supernatural cough). Schitt’s Creek ended with our favorite characters getting their own versions of happy endings in a heart-warming and hilarious way. However, we wouldn’t turn down enjoying a Schitt’s Creek movie if it ever happens. 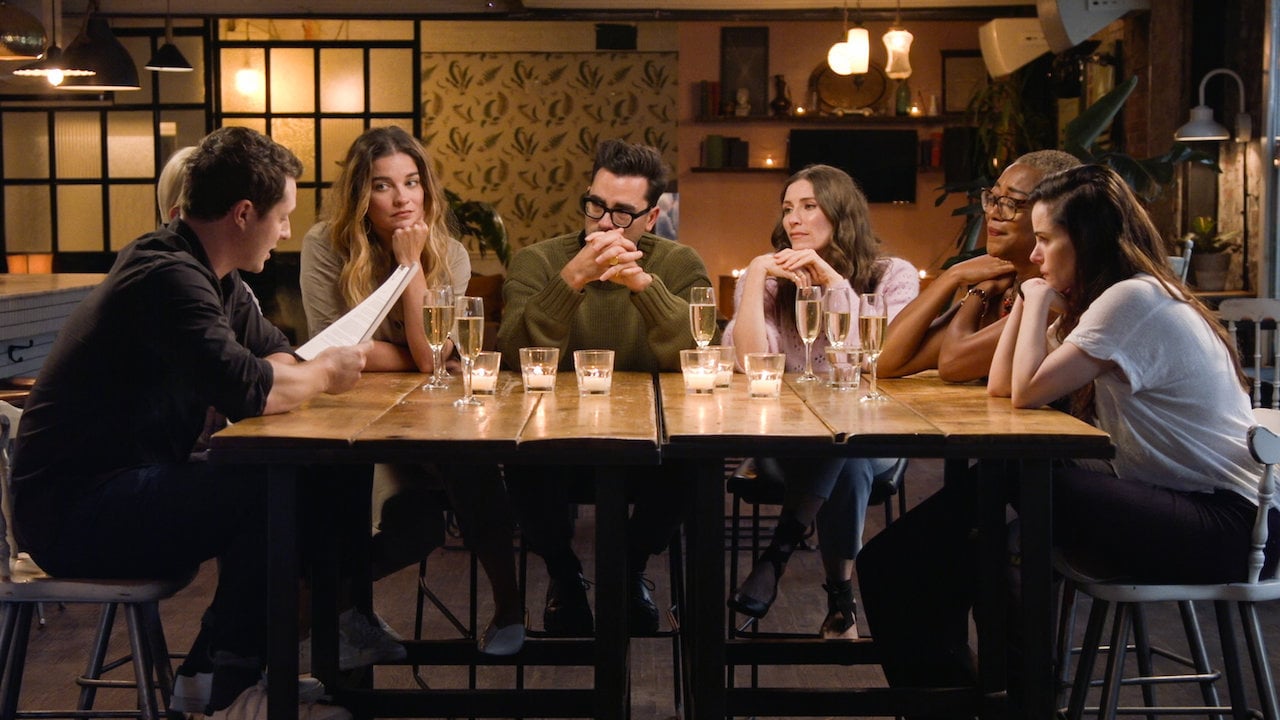 What should we do now?

After watching its sixth and final season, the only thing we can do is rewatch the entire show. Also, Netflix has provided an in-depth behind-the-scenes special showing the Schitt’s Creek cast & crew reflect on the show and it’s ending. Best Wishes, Warmest Regards: A Schitt’s Creek Farewell is a forty-four-minute special that features exclusive interviews from those involved.

Maybe don’t follow David’s advice of “popping a pill, crying a bit, and falling asleep early.” Instead, get comfy and enjoy binge watching Schitt’s Creek all over again while we wait for the potential movie!