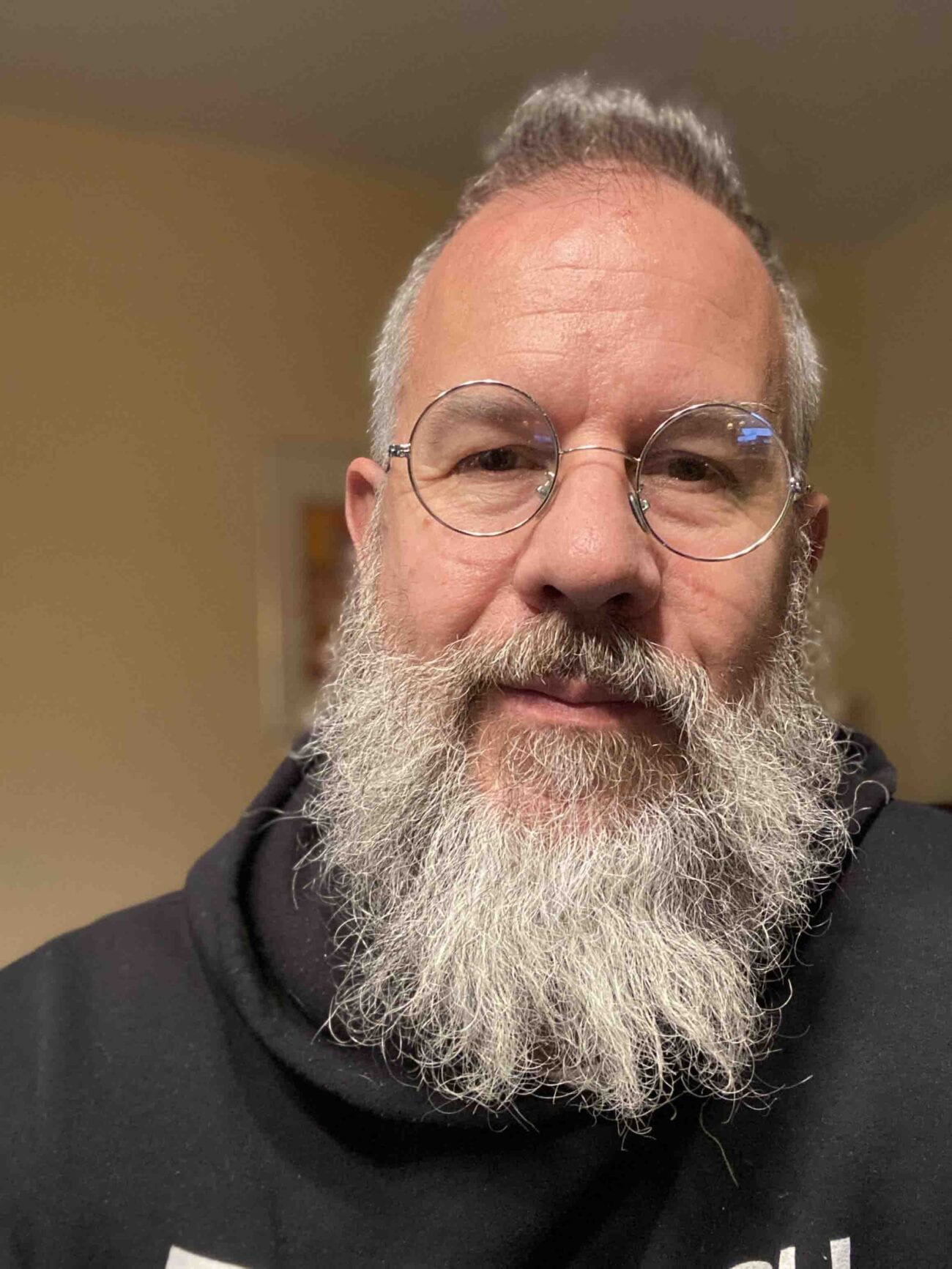 Christopher Carter Sanderson has dedicated his life to creating accessible plays – most of which are Shakespeare plays. He created the Gorilla Repertory Theatre Company and has put on summer productions of A Midsummer Night’s Dream (for free) in Washington Square Park, New York for decades.

Thanks to the pandemic Sanderson and his theatre company have pivoted to working on creating Shakespeare films while continuing to ensure their work is easily accessible to anyone and everyone.

We had the lovely opportunity to talk to Sanderson about his theatre company, his career, and what he’s planning next. Here’s what he had to say. 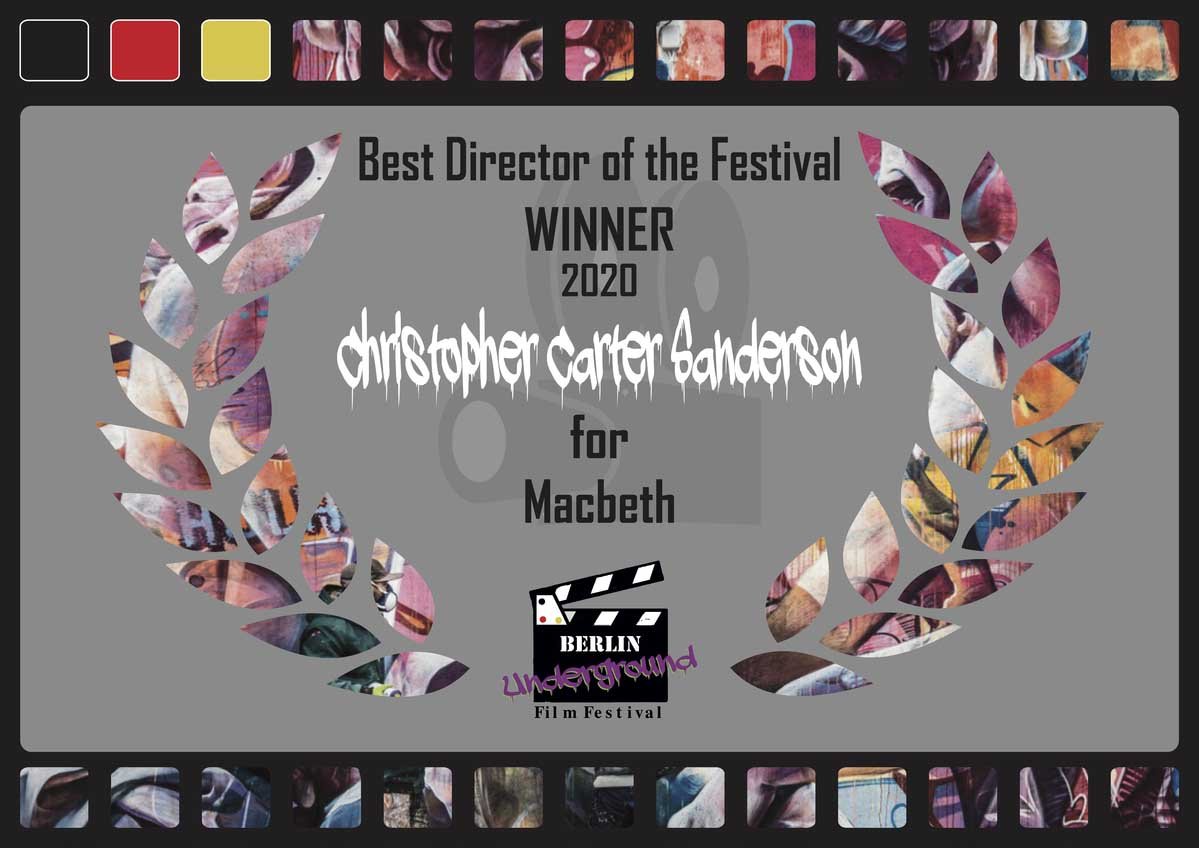 Could you describe the Gorilla Repertory Theatre Company a little bit for those unfamiliar?

Gorilla Rep began in 1992 with a production in Grand Central Terminal and the first production of what would become twenty years of A Midsummer Night’s Dream in Washington Square Park. I took the environmental (immersive) style I had begun in my work at NYU and put it outdoors for people for free, while insisting that it compete at the highest levels of professionalism. It was a tall order, but it worked.

How did you get started in drama? What drew you to it?

I’m continually drawn to the way that an excellent, complex, fascinating drama can gift its audience almost with [a] raw experience that applies to them as they go through life. I cherish the role drama plays, if you will, in people’s lives. The magic of drama drew me in as a child when most of my play was telling stories with costumes and so on. And I’ve just kept at it.

You’ve been working to make Shakespeare accessible for a long time, what led to this desire?

I’m a Communist and believe deeply that the precious beauty of Shakespeare is the birthright of every speaker of English, whether they just started learning it five minutes ago or are fluent speakers. Put another way, I despise the practice of making Shakespeare a classist commodity out of the range of most people, especially since Shakespeare intended his work for a general audience.

Does your company Gorilla Repertory Theatre Company perform other works aside from Shakespeare? What are they?

Yes, and we aim to make films of them, too. Our mission includes “classical dramatic material,” so I try to commission living female playwrights to balance out the gender inequality of only doing Shakespeare. Leah Ryan wrote our Cherry Orchard adaptation, Laura Lynn MacDonald wrote our Peer Gynt adaptation, and so on. Not a perfect record, but striving to be.

Gorilla Repertory Theatre has a huge focus on Shakespeare, how did this come to be? Why Shakespeare?

I’ve loved Shakespeare since I read it all when I was 12. My utter shock that everyone else in the world didn’t see the beauty of it has probably fueled my lifelong quest for everyone to see it clearly. It’s also a huge amount of fun when you do it right, and I like to have fun. 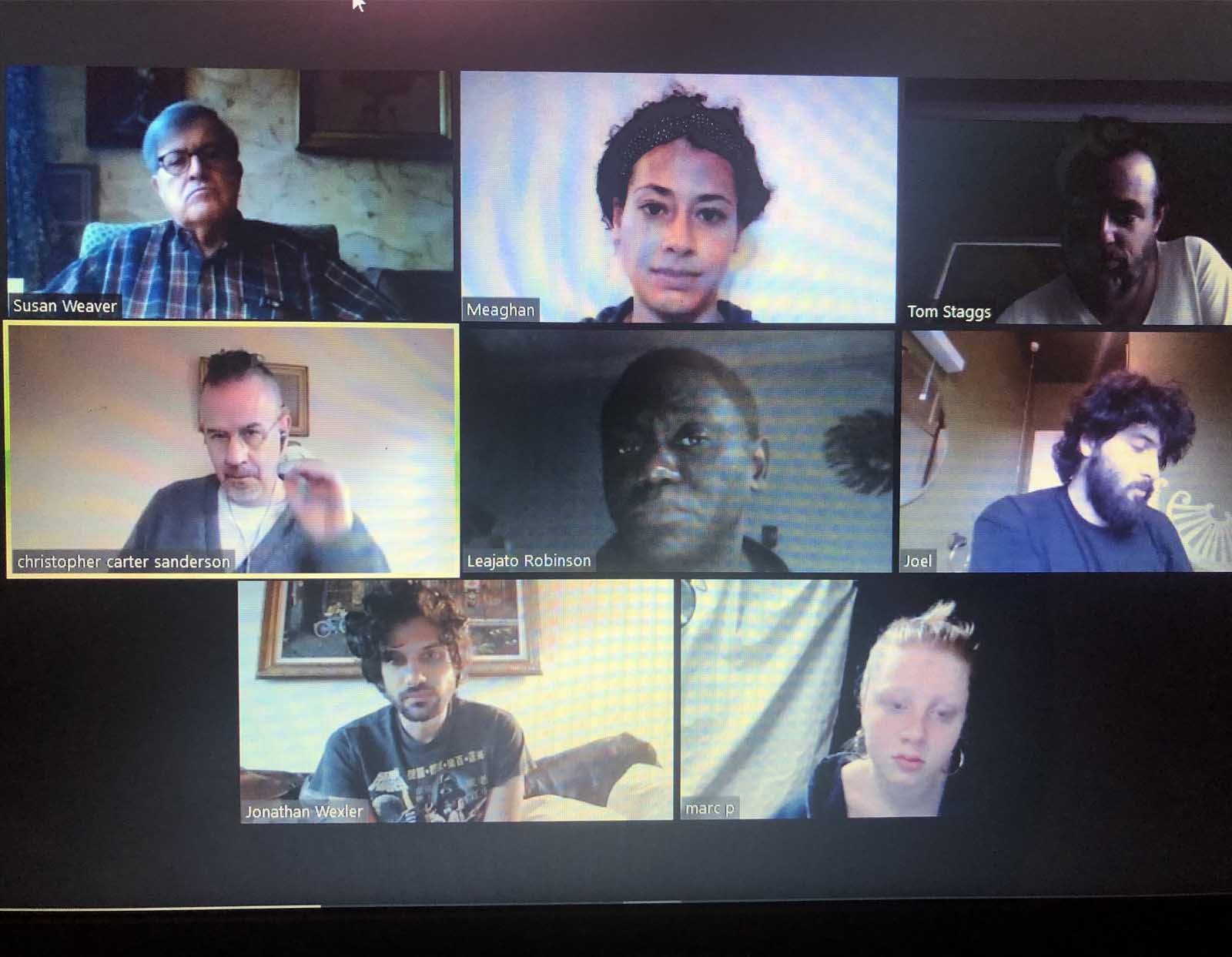 Recently the pandemic has made live shows essentially impossible, what have you been doing instead?

Making feature films in a completely new aesthetic. Something somewhere between films and book on tape, but more intense: all close-up films. Shot 100% close-up.

As someone who has been producing plays for twenty years, what was transitioning to film like?

I’ve been producing plays professionally for 34 years successfully, while screwing up and failing at producing films for about the same amount of time. So making the transition successfully (finally) with Macbeth, and now with Hamlet and Romeo and Juliet feature films in pre-production, is like struggling for thirty-four years and then tasting VICTORY!

What were some of the challenges you faced making the film Macbeth in the middle of a pandemic?

Two of the actors’ families lost members to COVID during shooting. I’m not sure how to say that delicately. It sucked. But, they hung in there and we got through it. Finding my – not “balance,” let’s say “poise” – as a film director with it all finally happening around me was a challenge. It demanded more grace of me and a more concentrated point of view than I’ve ever had in theater.

Film is not the “director’s medium” because directors choose to make it that way, it is the director’s medium because it f**king is. You have to deal with that as a director or you fail. It was a challenge, I faced it, and I believe each of my next projects will show the lessons I learned while I did so. The philosopher Wendell Barry says, “knowledge is a geography of scars.” I got some knowledge to show from this process.

You’re also planning to make two more Shakespeare movies – Hamlet and Romeo & Juliet – can you tell us a little about these projects?

Hamlet will star Harvard-educated actor Henry Austin Shikongo and I believe it will be a breakout role for him. We’re lucky to have him, and the standard will be set high. Hamlet will be all close-up, and have a more mannered, visually ordered impact that the rougher Macbeth.

Romeo and Juliet will be all Shakespeare, all close-up too, but with a frame story. The complete title of that film will be St. Mary’s Catholic Girls School English 201 Class Presents William Shakespeare’s Romeo and Juliet Uncut, based on our 2002 production of that name. It’s an all-female cast. And it’s a Hell of a good thing to have such a bank of past hit theater productions to call on for film ideas! 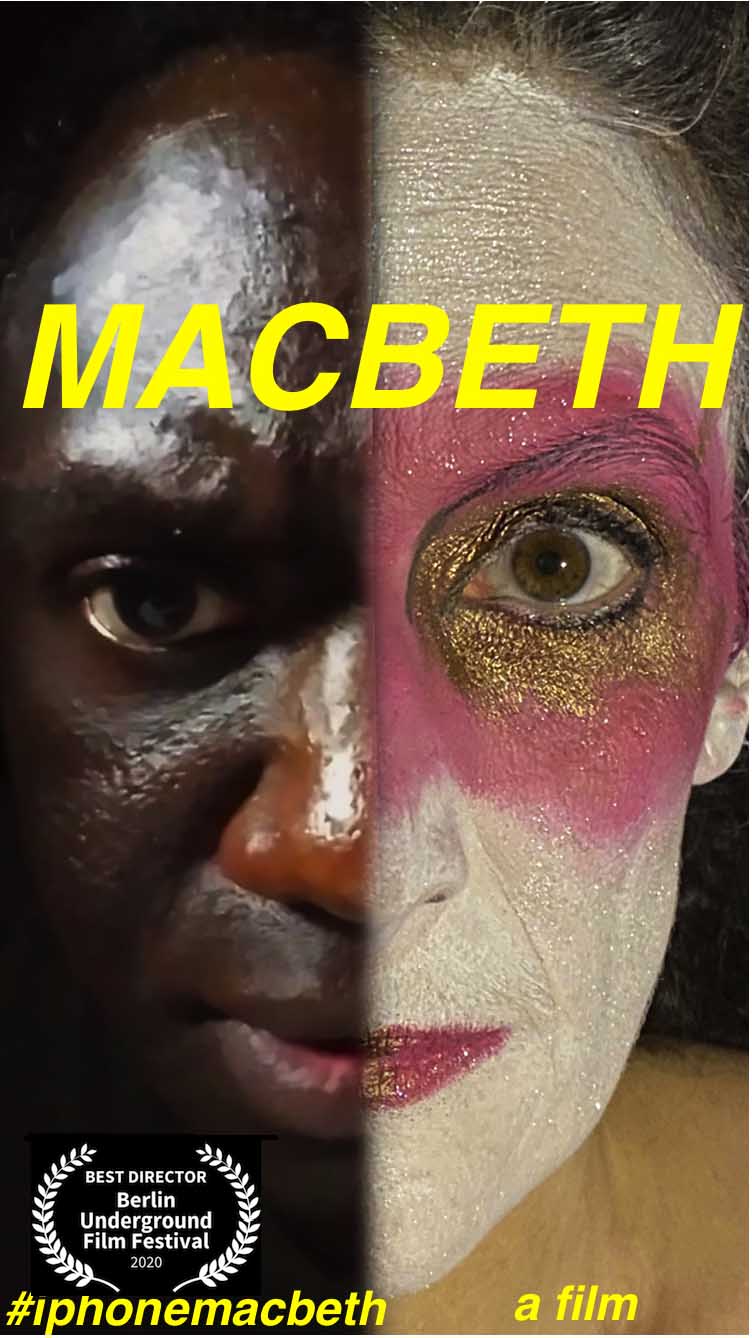 You’re currently fundraising for your next two films. Is there anything you’d like to say to potential donors?

Yes, thanks! Our direct donation link is: https://www.paypal.com/donate/?cmd=_s-xclick&hosted_button_id=2J63A2E9NWAMQ

I’d like people to know they can find out more at www.gorillareptheater.org

What has been one of the most surprising aspects of transitioning from stage works to films?

How well delivering the essential front-row experience of our hit theater productions makes the perfect goal for our films’ impact. It’s seamless. Astounding!

I always answer Hamlet to that question. And then someone who knows my work asks how many times I have directed it (5) as opposed to how many times I’ve directed A Midsummer Night’s Dream. . . which is well over twenty times at this point. So to you, I confess. It’s A Midsummer Night’s Dream. After all that’s the story of who I am: An ass who manages to come out okay in the end!

What’s your mission? Name the most important thing you want viewers to experience when watching your works, whether plays or movies.

Gorilla Repertory Theater Company, Inc.’s mission is to provide the highest quality productions of dramatic material with the flavor of contemporary immediacy for people where they are for free. And I would be remiss in not thanking Hamilton College for purchasing our Macbeth premier and then helping fulfill our mission by streaming it for free. I see people’s screens as being where they are right now, iPhones included.

I want my audience to be pulled into the story so powerfully that they forget that they know how it ends, and then experience that ending in a fresh new way. 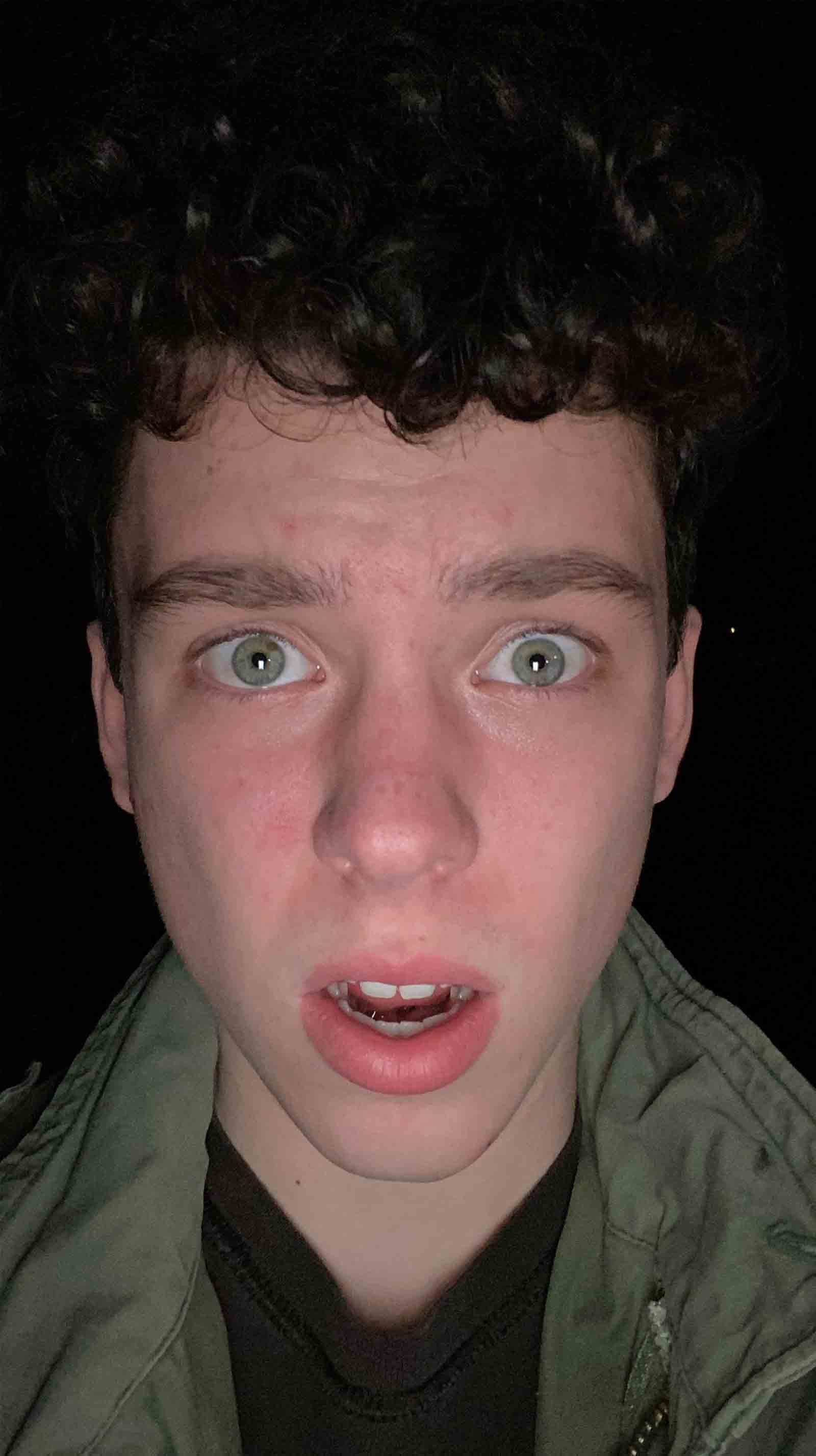 When the pandemic is over do you think you’ll continue filmmaking or will you return solely to stage productions?

Oh, Hell yes! I’ve been pitching combined theatre productions that yield films for years. This gave me the chance to prove that it works. I will 100% be making theater productions that then go right into production of the film, often during the run of the theater piece. I’ll be making films of material I have worked on as a director successfully. There’s no going back!

If you could ask William Shakespeare one question, what would it be and why would you ask it?

Billy, for f*cks sake, what was the beginning and ending of The Taming of the Shrew that you actually intended? I’d ask him because I hammered something together from existing fragments that makes sense, but I really want to know: what the Hell was he thinking?

Can you talk us through your creative process when beginning a new project?

I start with how I want the audience to feel – why I want them to be fascinated with the idea of the production when they first hear of it. Then I go into the details of what I want them to experience emotionally throughout the story. This is informed by homework, homework, homework, and reading the text over and over. At that point, my instincts take over and I can trust them to know what fits and what moves need to be made next.

What part of creating entertainment (plays or movies) do you love the most?

I honestly love all of it, and I know this sounds corny but I love the applause. Nothing like eight standing ovations from a jaded New York City audience. I love the audience reactions. 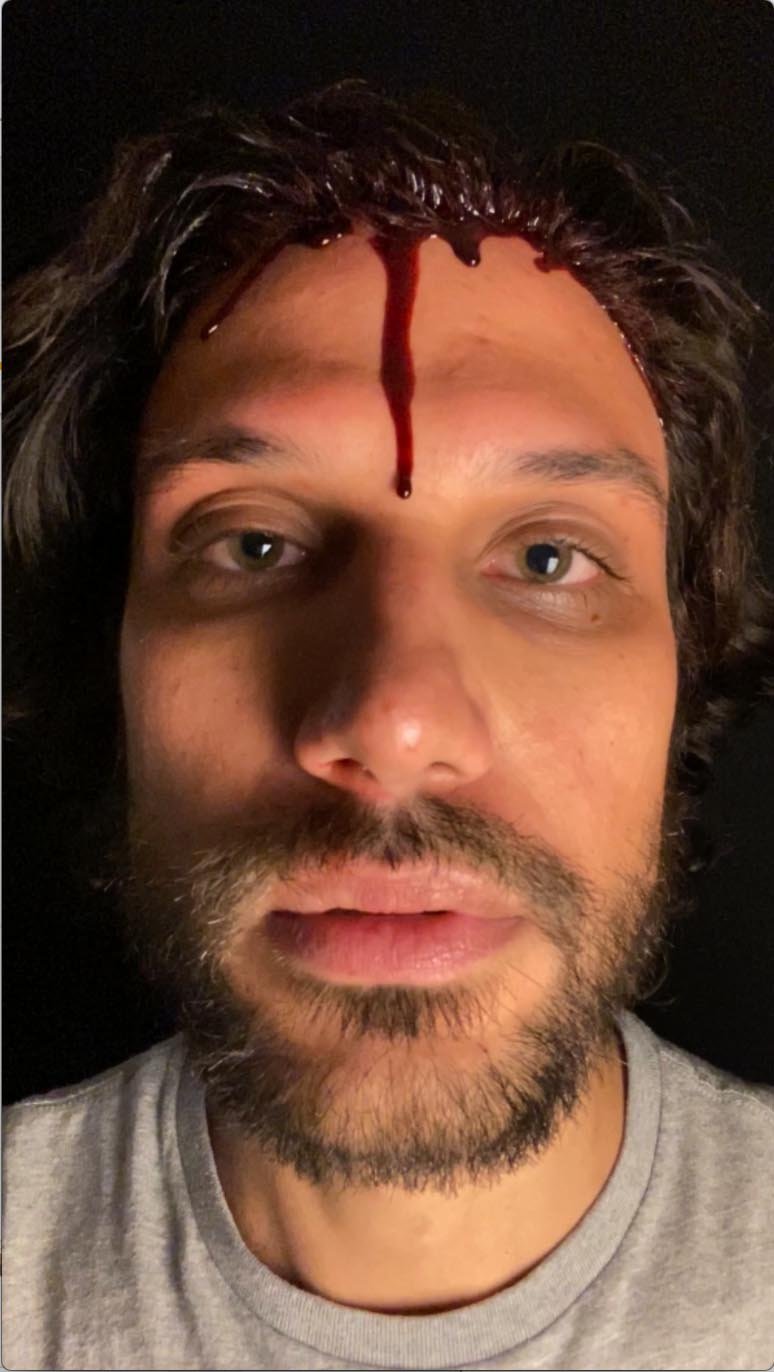 Too hard to sustain. I look for all the help I can get these days. I’m transitioning out of being a one man band. My strengths are what they are, and there’s decades of proof of them at this point. I relish having top people in their fields to collaborate with.

Lisa Baron’s sharp editing on Macbeth is a great example. Phil Kadet’s genius film scores are another. Sharon Ellman’s masterful marketing and press representation helps me do a better job of creating. If I ever make a film in something like Supermarionation, somebody else is going to have to build and manipulate the marionettes. And blow things up.

Cats. I think dogs love me in part because they know that I’d eat them if I felt like it and choose not to. Because I’m a cat.