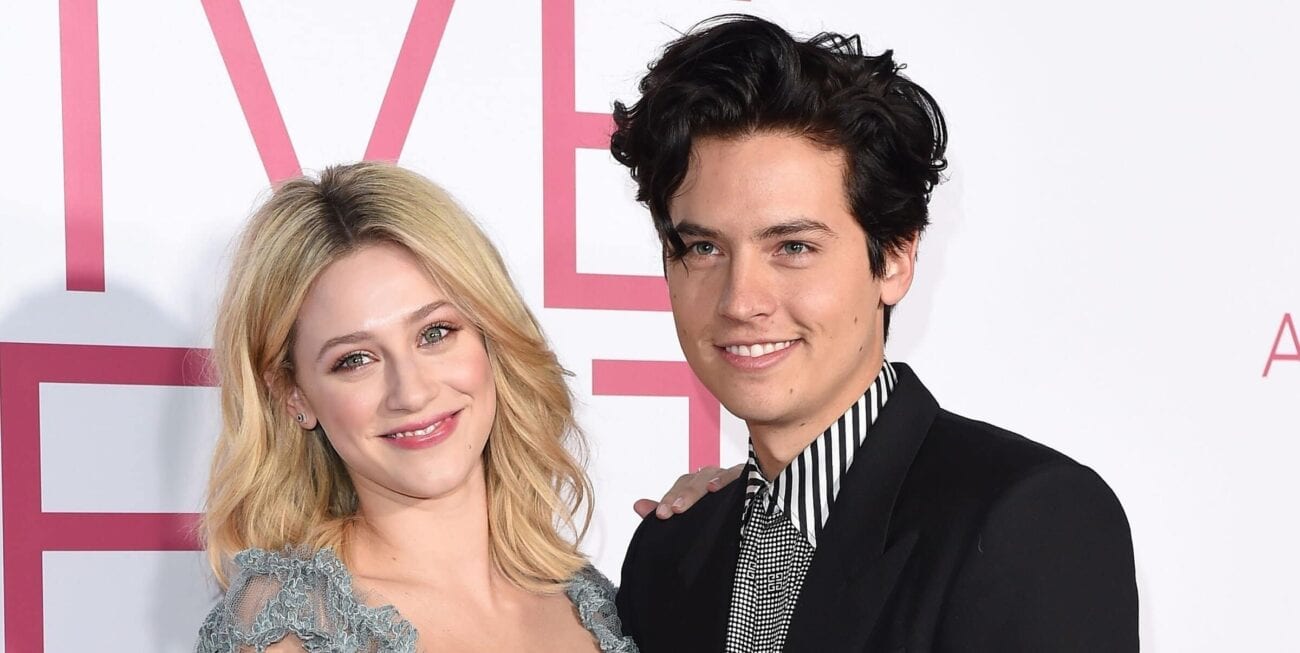 Following seeing a scumbag like Harvey Weinstein taken down after decades of abuse within the entertainment industry, people want to make sure nothing like that happens again.

The latest serious allegation has come against the cast of The CW’s Riverdale, specifically Vanessa Morgan, KJ Apa, Cole Sprouse, and Lili Reinhart. 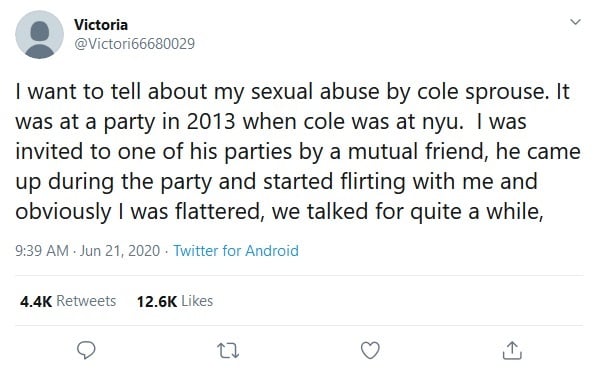 On Sunday, June 21, a Twitter user named @Victori66680029 posted a series of tweets alleging that in 2013 she went to a party where Cole Sprouse “Pushed me on the bed and put his hands under my shirt and started fondling my breasts I told him multiple times to stop, he wouldn’t listen.”

She then said that when Sprouse was done that he “told her to leave” and that she has kept quiet until know because she thought no one would believe her.

This isn’t the first time that allegations came up in regard to the Riverdale cast. Previously, Lili Reinhart, Vanessa Morgan, and KJ Apa were also accused of sexual assault. 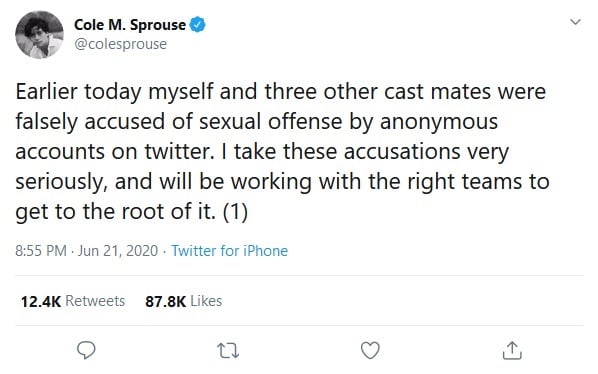 What is the Riverdale cast saying?

Sprouse took to Twitter to deny the allegations against him. He said that the accusations appear to be the latest attempt to “cancel” him and his Riverdale costars.

“False accusations do tremendous damage to victims of actual assault. Furthermore, I would never seek to silence anybody. I encourage that people look into the accusations themselves, as the events detailed were factually untrue.”

Lili Reinhart also released her own statement on the matter in a Twitter thread. 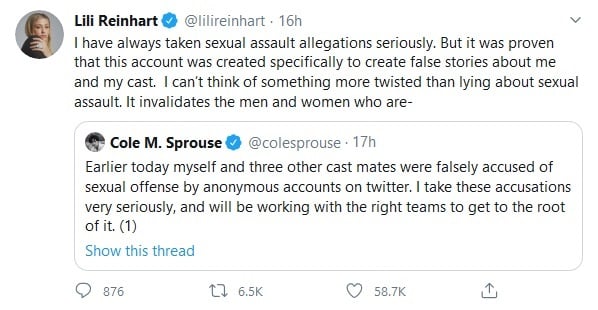 “I have always taken sexual assault allegations seriously. But it was proven that this account was created specifically to create false stories about me and my cast. I can’t think of something more twisted than lying about sexual assault.”

Reinhart also added, “We are looking into taking legal action. This kind of sick behavior only harms true survivors. This was incredibly triggering for me and scary because I’ve always supported survivors and believed them.” 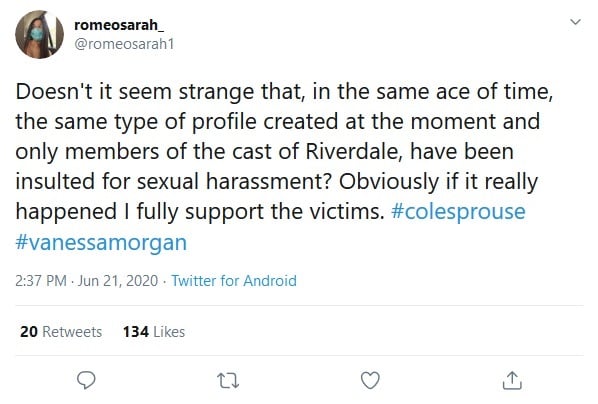 What are Riverdale fans saying?

It seems to be a bit divided within the Riverdale fandom at this time, to be honest. Some people are skeptical because a) the Victoria account was created earlier in the day, b) the only posts on there are about the assault, and c) it just seems odd that four people on the same series would get accused all at once.

All of the accusation accounts are also oddly similar, a woman’s name followed by a bunch of numbers.

Others, however, think that just because a person created a one and done Twitter account, it shouldn’t invalidate the claims made. At the very least, these allegations are serious enough to be looked into. 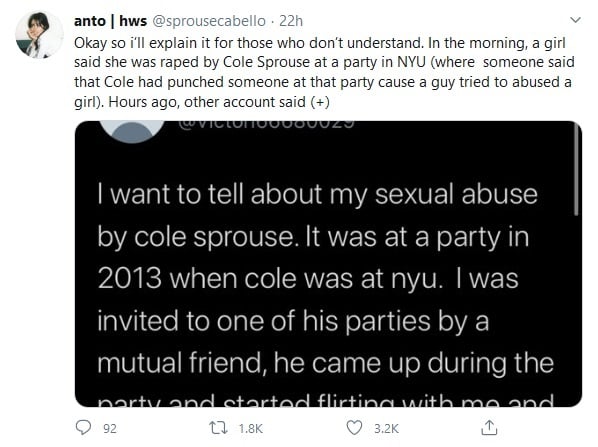 One @sprousecabello has some screenshots from one of the accounts that read “Do you see how easy it is to lie and you guys will believe it? Vanessa Morgan and Kj Apa didn’t do jack shit. You will believe anything.”

Many, however, agreed that if there is credence to these claims, then they need to be investigated because, well, sexual assault is serious. No one will stand for that. If these tweets are some weird and cruel joke, however, then it takes away from the real victims of sexual assault.