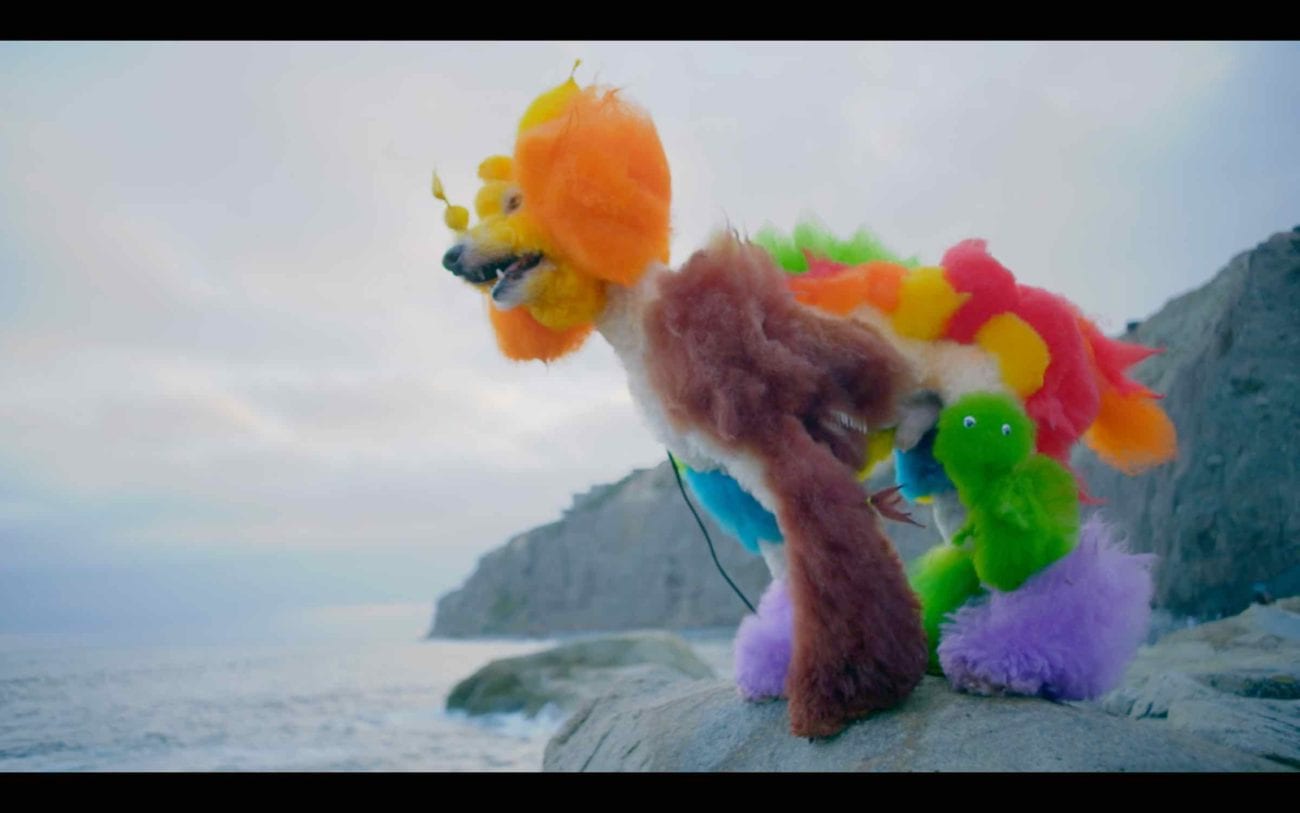 Make sure your pet is ‘Well Groomed’ with director Rebecca Stern

Stern is also the producer of Tre Maison Dasan, a documentary exploring the lives of children affected by parental incarceration (Independent Lens 2019). She is the co-producer of Netizens, a documentary delving into the effects of online sexual harassment (Tribeca 2018).

She was the associate producer of innovative installation and film the bomb, which premiered at the 2016 Tribeca Film Festival and the 2017 Berlinale Film Festival. 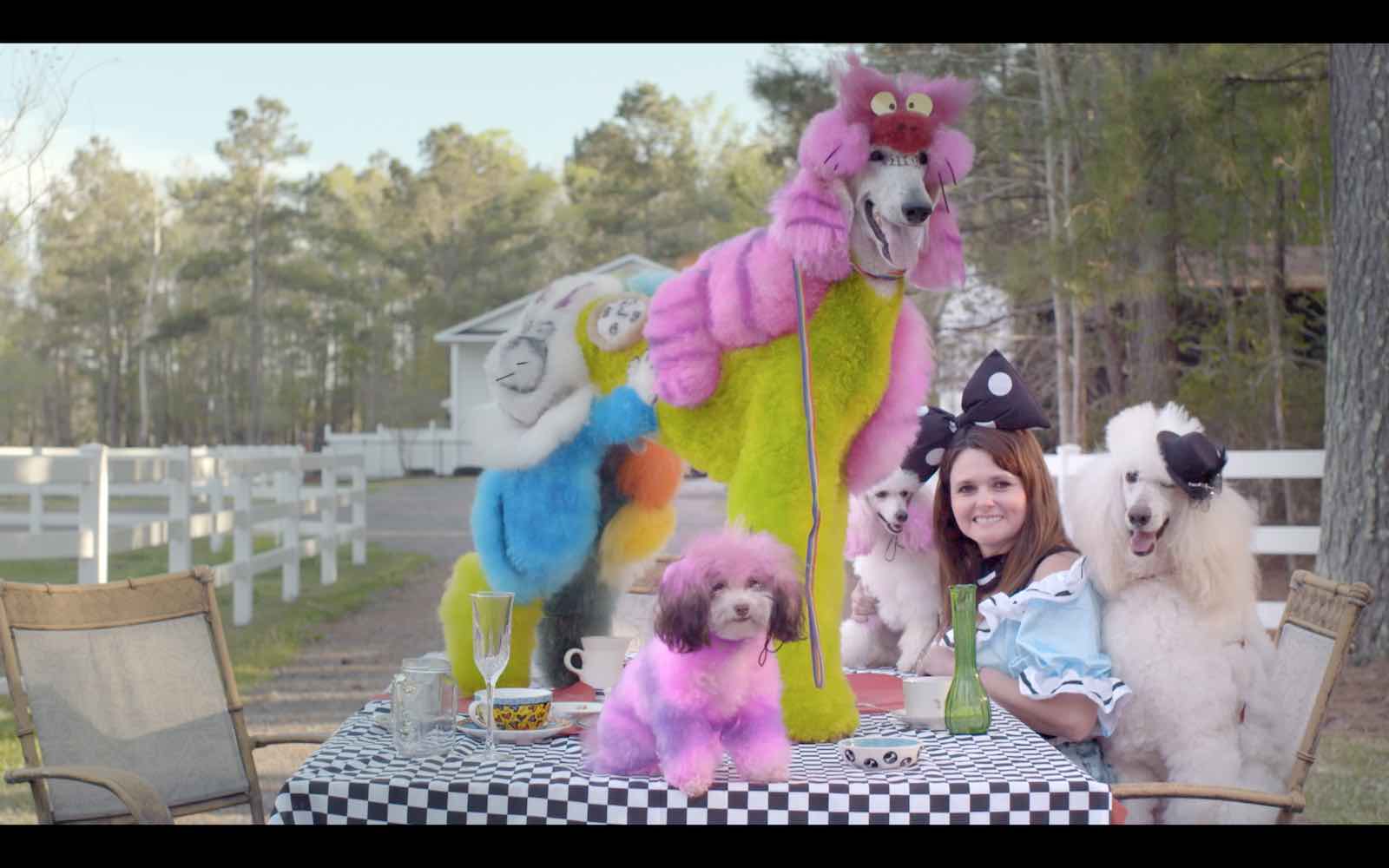 Rebecca Stern started out in documentary as the production coordinator of Academy Award-nominated and Emmy-winning documentary Cartel Land. Previously she was a staff member of Picture Motion, the leading film impact firm, managing film marketing campaigns for acclaimed documentaries including Food Chains (2016 BritDoc Impact Award) and The Yes Men are Revolting. Well Groomed is her first feature film.

Dog documentary Well Groomed chronicles a year in the visually stunning world of competitive and creative dog grooming and follows the lives of a group of dog lovers whose dedication to transforming their beloved poodles into living sculptures is bold, imaginative and eye-opening.

Debuting in December on HBO, the film is a vibrant dive into a colorful and glittery subculture of Americana and tells an extraordinary tale of pets, families, friendships and the glory of creativity through a bright prism of color. 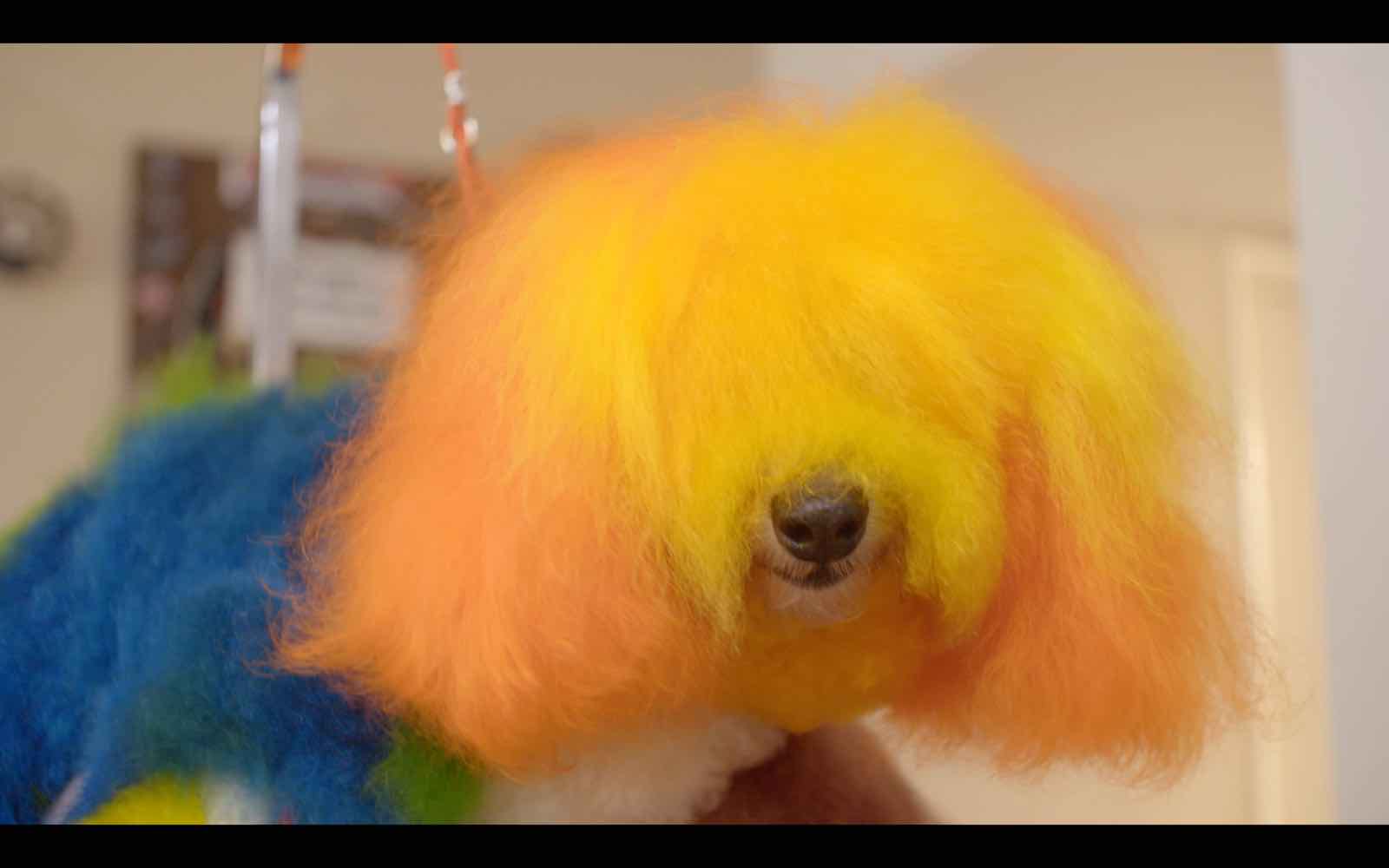 HBO executive producer Bill Simmons had this to say about the project: “Well Groomed takes viewers into the imaginative and obsessive world of competitive dog grooming. Director Rebecca Stern and her team’s documentary introduce many memorable characters – both human and canine.”

“I’m thrilled to have HBO Sports as a home for Well Groomed,” says director Rebecca Stern. “The film explores a world where competition, art, and animals combine in the most vivid color and is a perfect match for the HBO Sports ethos of innovative programming.”

Here’s our interview with dog-loving director Rebecca Stern. Be sure to check out Well Groomed on Twitter and Instagram.

Well Groomed is an amazing concept, how did you come up with the idea?

Thank you! I first encountered creative dog grooming when I was researching dog trends and groups in New York City about 5 years ago. I had just started working in documentary film, and I was looking for fun, uplifting, hopefully, easy to produce a short film based where I lived.

I had gone to a few dog fashion shows around the city, and met some dog publicists but didn’t find anything that fully pulled me fully in. Then, I saw a picture of creative dog grooming and I instantly had so many questions – first among them was how it was possible that I didn’t know this was a thing. After that, I reached out to a few of the groomers, and it started this whole journey. 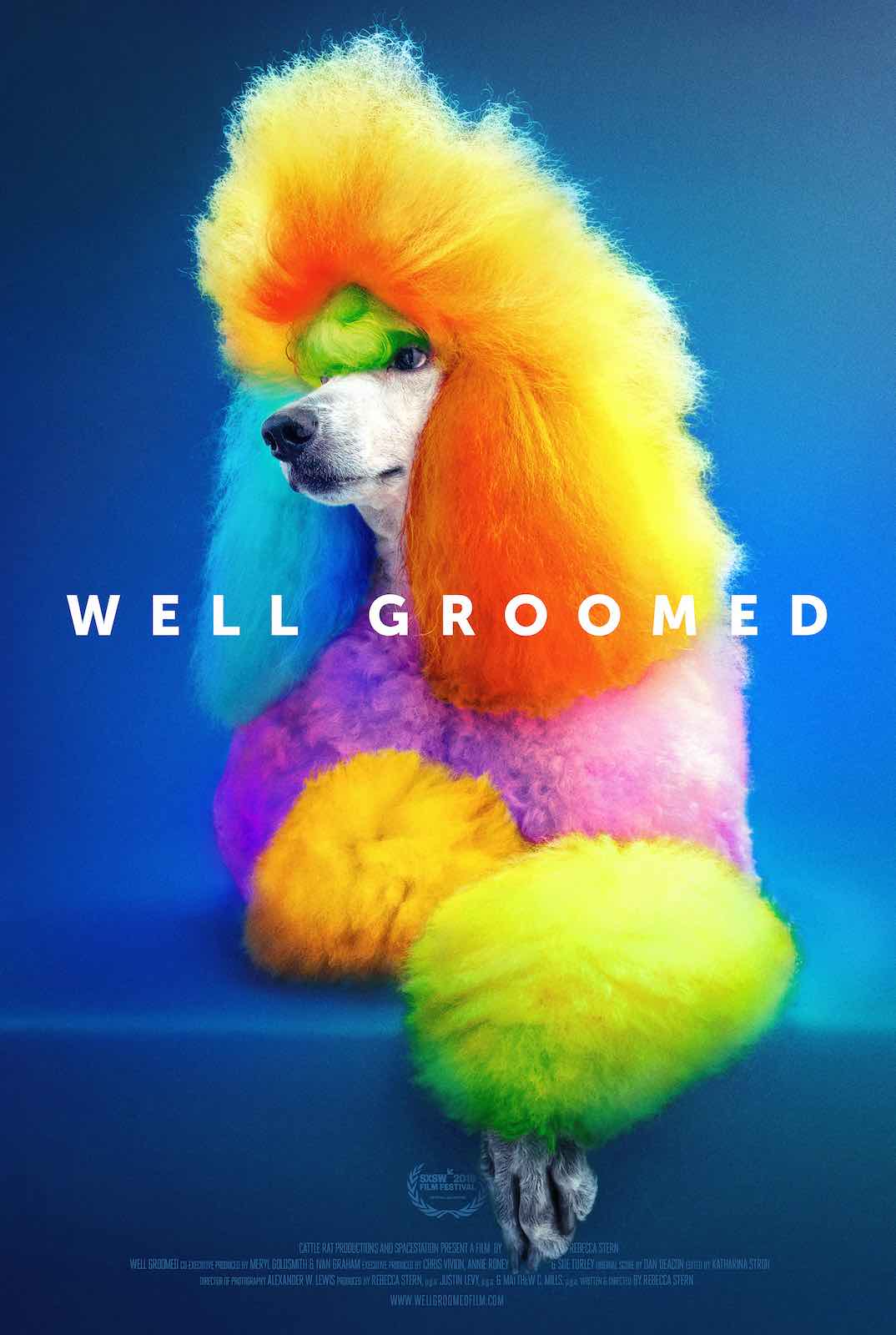 Tell us about your history in film.

I never thought I would be a filmmaker growing up. I was much more of a bookworm than a movie buff. But I moved to New York City immediately after college and started looking for any job that I thought would be challenging and I landed in documentary film.

Since then I’ve been producing, including the movie Tre Maison Dasan (which landed on PBS) and Netizens (which premiered at Tribeca and had a great festival tour) and the bomb (which is now on Netflix).

They say not to work with animals, how were your canine castmates?

That saying is there for a reason! Luckily, the dogs in Well Groomed are incredibly well trained as well as being very well groomed. They are used to lots of different kinds of people, lots of grooming, and all the sounds and smells of being in new places.

Some were a little hesitant around the camera equipment, but we spent a lot of time at the beginning of production to get them used to the equipment, and we always traveled with a zoom lens that allowed us to get great images without being too in the way. 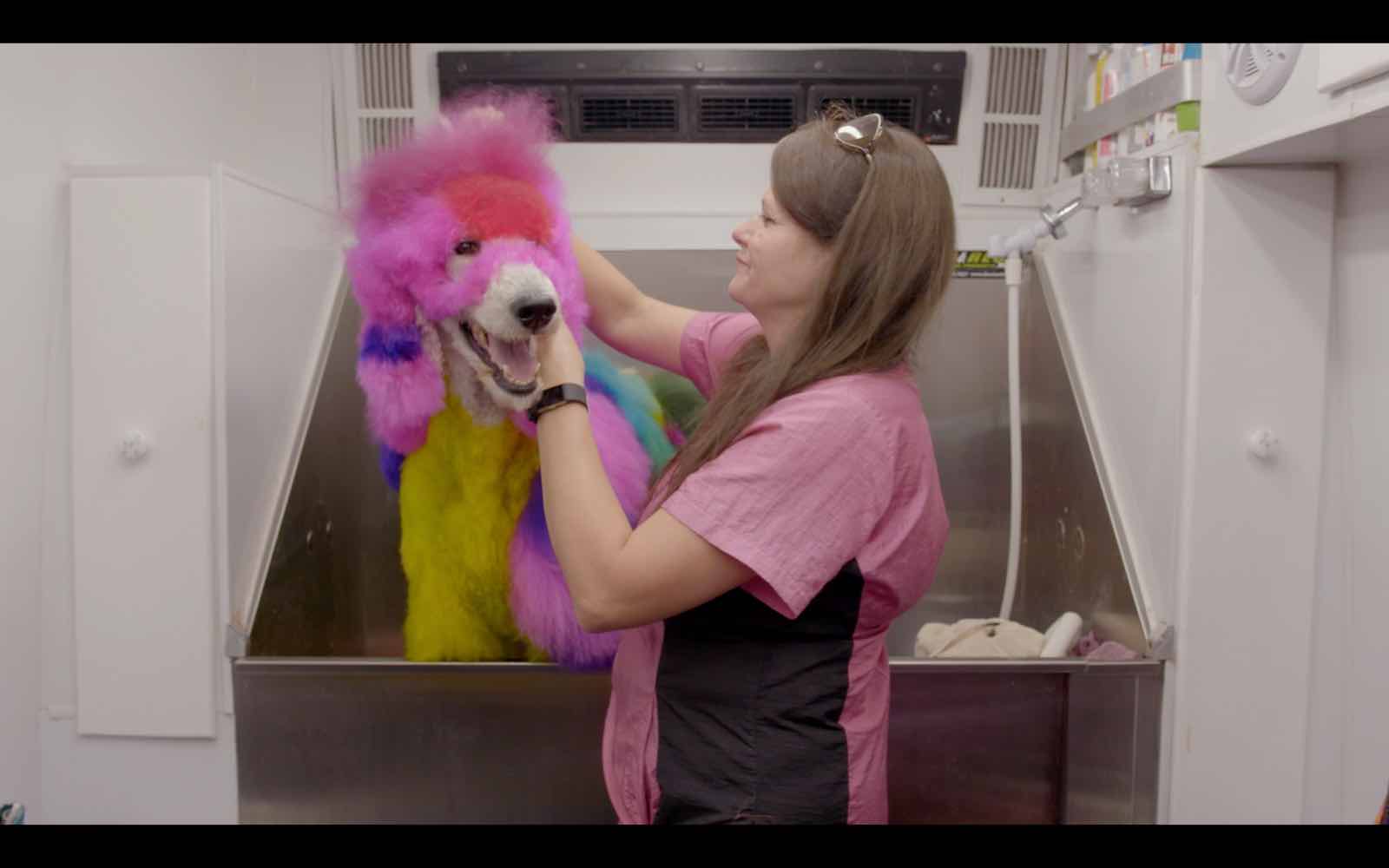 Well Groomed is such a human story, what was your favorite part of filming?

My favorite part about filming (other than spending so much time petting dogs of course) were probably the moments where we were just hanging out with the groomers at their place of work. It’s forever fascinating walking them interact with so many different dogs in such short amounts of time.

They really have a sense for animals. I also loved exploring the grooming conventions (most are put on by Barkleigh Productions). There’s always new products which become presents for my own dog!

What are your tips for new filmmakers?

Learn good communication and logistically planning. The devil in filmmaking really is in those details.

How did your relationship with HBO come about?

We went into talks with HBO after Well Groomed premiered at SXSW 2019. We’re so excited to have the film premiere nationally with them! 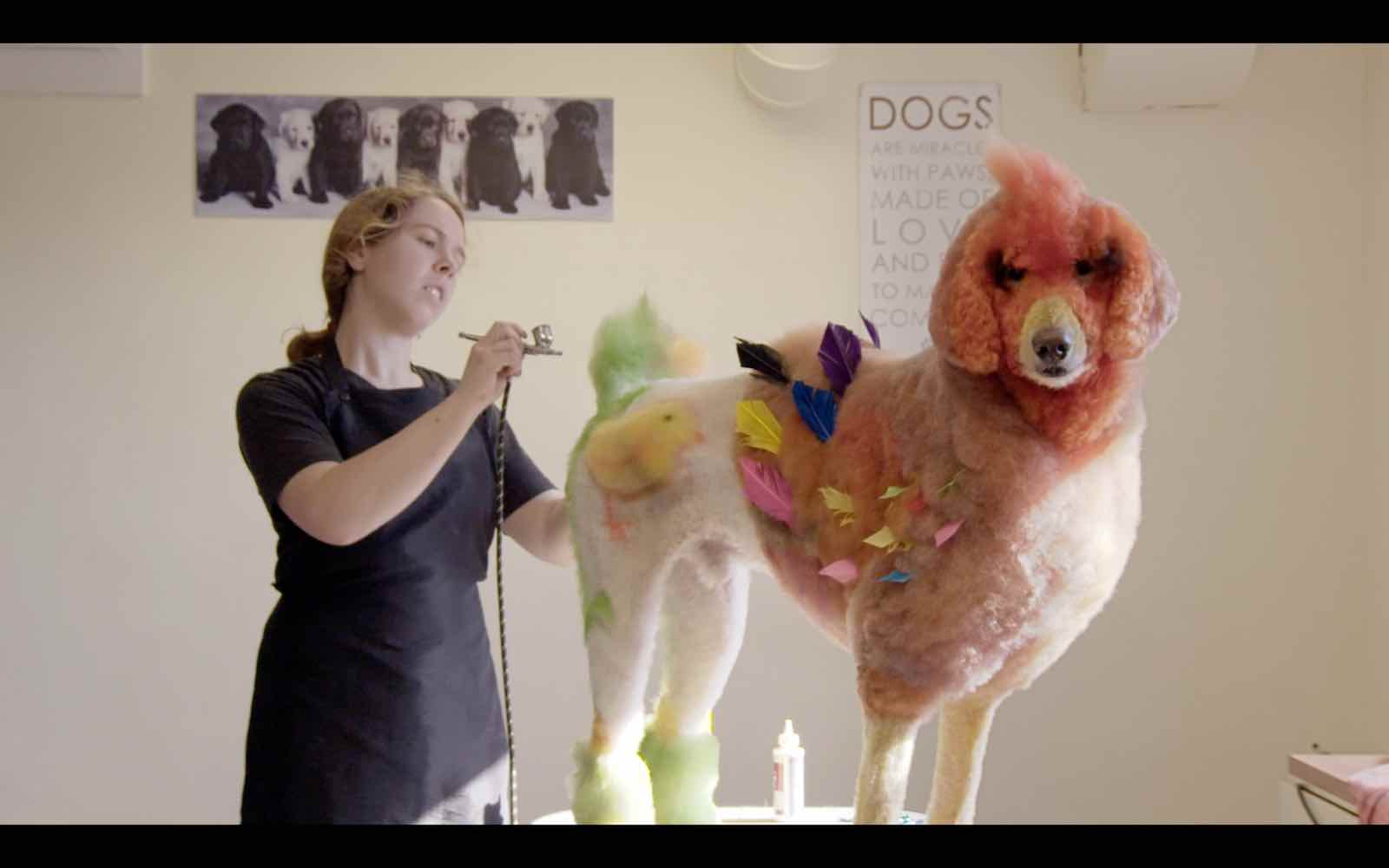 SXSW is a crazy, intense experience. I’d done large premieres with films that I had produced, but this is the first film I directed and it turns out the festival experience is completely different! The festival has an intense energy and I enjoyed every moment. Plus we sold out all our screenings, and when they added another screening that one sold out too! Can’t get better than that.

How long did it take you to produce Well Groomed?

I first produced a short film of the same name. Taken together, it took about 5 years to make. The feature took 2 years from the first shoot to the SXSW premiere.

Do you have a favorite dog in the movie and if you did would you tell us?

I can’t tell! It’s like picking a favorite kid.

What movie has inspired you the most?

You know, that’s a hard question because it is constantly changing. One of the best parts of being on the festival circuit is seeing everyone’s film and also going to the film retrospectives. Seeing the way other people handle footage, and considering how they think of filmmaking, really helps inform my own filmmaking.

Can we expect any episodic television from you soon?

What was the most amazing part of Well Groomed? What stood out to you the most?

Meeting the women. I’m so addicted to meeting new people. It’s forever fascinating. Other than that, I think filming the dream-like sequences in the film. Spending some time to really bring the women’s artwork to life was fun, enjoyable to make, and created these great cinematic moments in the film that I’m really happy with.

What’s the one thing you want viewers to take away from Well Groomed?

I’d love people to watch Well Groomed and come away with a better understanding and empathy towards dog grooming. Also, people who watch this will hopefully see that creativity is all around them and that having an artistic practice is something that really builds community and makes people happy. It would be great if more people become active in a new craft or art form.