Celebrity sex scenes: The most queer AF moments of all time

For an industry that shoves sex down our throats any chance it gets, film has been noticeably stingy with portrayals of queer sex. That or the queer sex is weighed down by stereotypes & unrealistic representation.

Sexual representation does matter. As sex is a part of most people’s lives whether they’re straight, gay, bi, pan, non binary, and more, and the depiction of authentic, realistic intimacy is a part of the human stories of queer people. Fortunately, there are a growing number of films out there that have explored queer relationships and depicted raw moments of intimacy & passion with queer sex scenes.

If you’re looking for some queer cinema classics, foregoing the obvious inclusions of Brokeback Mountain, Blue Is the Warmest Color, and Carol, with hot celebrity sex scenes then check out these film gems.

The Hunger is a 1983 drama depicting Susan Sarandon & Catherine Deneuve in a bisexual love-triangle with David Bowie. Deneuve’s character is a sultry vampire who, after using up Bowie for her carnal pleasure, attempts to seduce Sarandon. The sex scene between the two female celebrities was one of the earliest to feature such well-known stars in mainstream cinema. 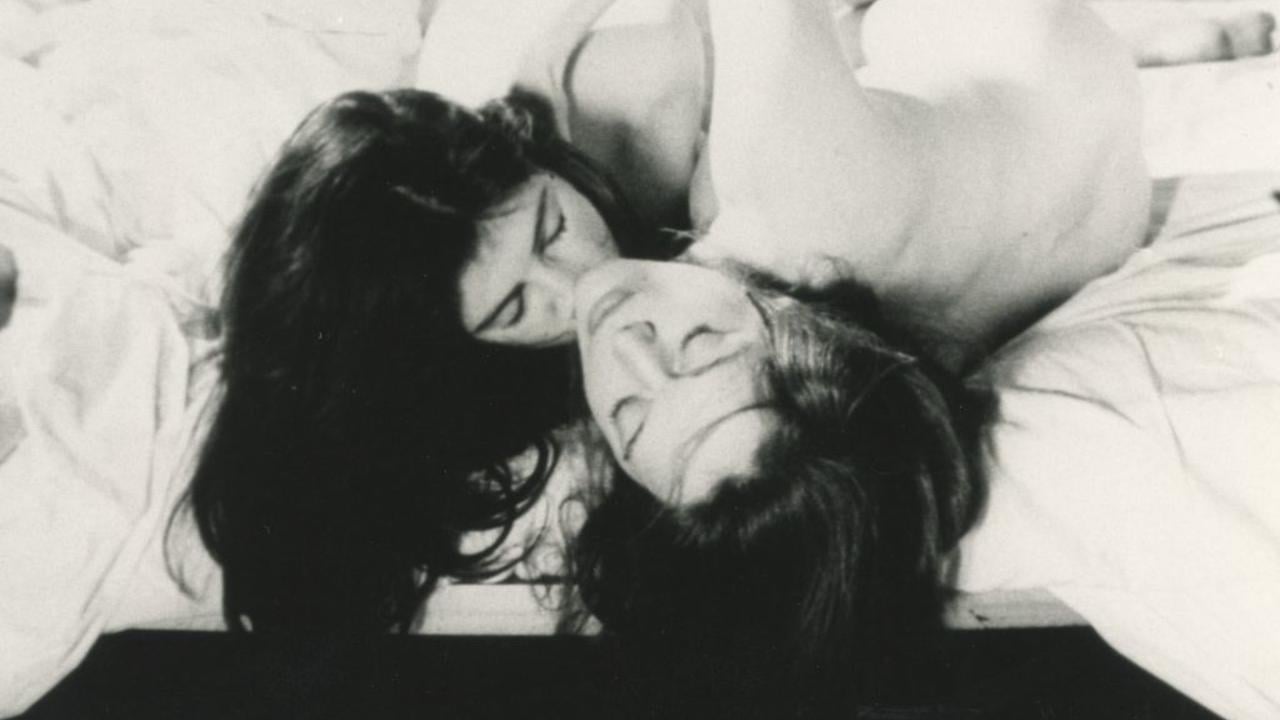 This Belgian classic is a raw depiction of a lesbian relationship in 1974, long before the New Queer Cinema movement began. Director Chantal Akerman also stars in the movie as Julie alongside Claire Wauthion who plays her girlfriend. Julie goes on a roadtrip to find her lover and the two eventually reunite & engage in a ten-minute love scene that predates the one immortalized in Blue Is the Warmest Color.

Christopher and His Kind

Though Christopher and His Kind deals with the heavy subject matter of the growing Nazi intolerance for queer people, the film also manages to keep a streak of humor. The sex scene between Matt Smith & Douglas Booth as the story’s lovers is refreshingly fun & playful, subverting the expectation that queer sex scenes need always be serious.

Cheryl Dunye made history as the first Black lesbian to direct a feature film as well as the first to direct herself in a lesbian love scene. The Watermelon Woman tells the story of Dunye as a Black lesbian who becomes fascinated by films of the 40s & 50s featuring Black women in uncredited roles. Cheryl then becomes involved with a white woman and they have an interracial, queer love scene that was unprecedented in the 90s.

The British answer to Brokeback Mountain is God’s own Country, a beautiful though sometimes bleak portrayal of life in the northern countryside of England. God’s Own Country portrays an English sheep farmer who skirts around his sexuality only to fall deeply in love with a Romanian farm hand. God’s Own Country portrays intense, almost savage sex scenes that mellow into tender displays of affection as the film progresses.

Disobedience strikes at the heart of queer intolerance within the confines of orthodox religion. Disobedience shows Rachel Weisz as a Jewish woman named Ronit who’s been exiled by her orthodox Jewish family for her attraction to women. She returns home for her father’s funeral and is reunited with her former lover Esti (Rachel McAdams) who is now married.

The lead protagonist, Chiron, in Moonlight becomes acquainted with his budding sexuality over the course of the film’s poignant story. The scene on the beach that portrays Chiron’s first sexual experience as awkward but tender reveals a realistic depiction of exploring sexuality & adopting a healthy perspective on sex.