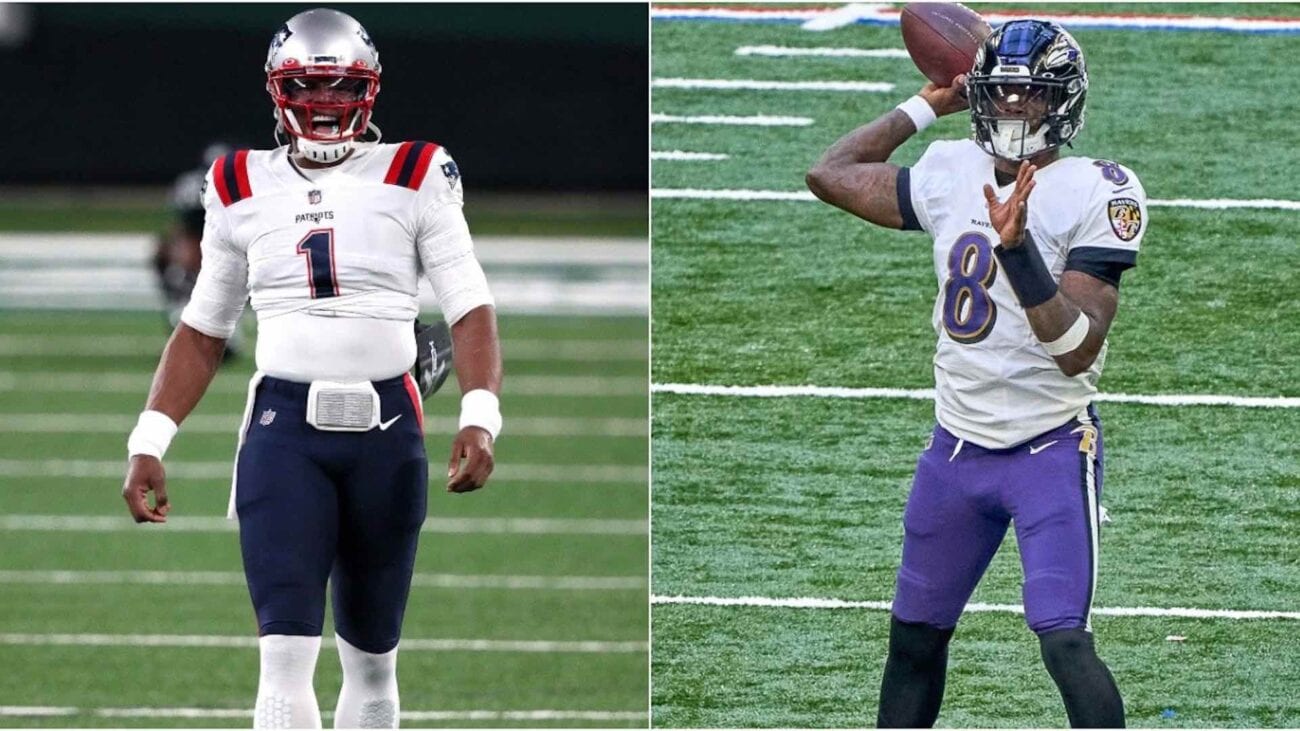 Week 10’s Sunday Night Football game has to be one of the worst matchups of the season. If you asked us at the start of the season, we’d have circled this game on your calendar. Two dominant rushing quarterbacks with great arms were to go head to head – but instead a reverse David & Goliath game faces us in which David gets stepped on like a bug.

The problem is there is nothing to play for tonight. The Baltimore Ravens have been solid all season at 6-2, but a win won’t push them over the undefeated Pittsburgh Steelers. New England looked great at the beginning of the season, but has been on a losing streak recently; a win only makes them a step closer to the playoffs – an outcome with a lot of moving parts.

We’re surprised the Seattle Seahawks aren’t playing on Sunday night again. Their game against the Los Angeles Rams is a better matchup: a divisional rivalry game with major implications for the playoff in the league’s most competitive divisions. But if you’re looking to watch the lopsided Sunday night game anyways, here’s everything you need to know. 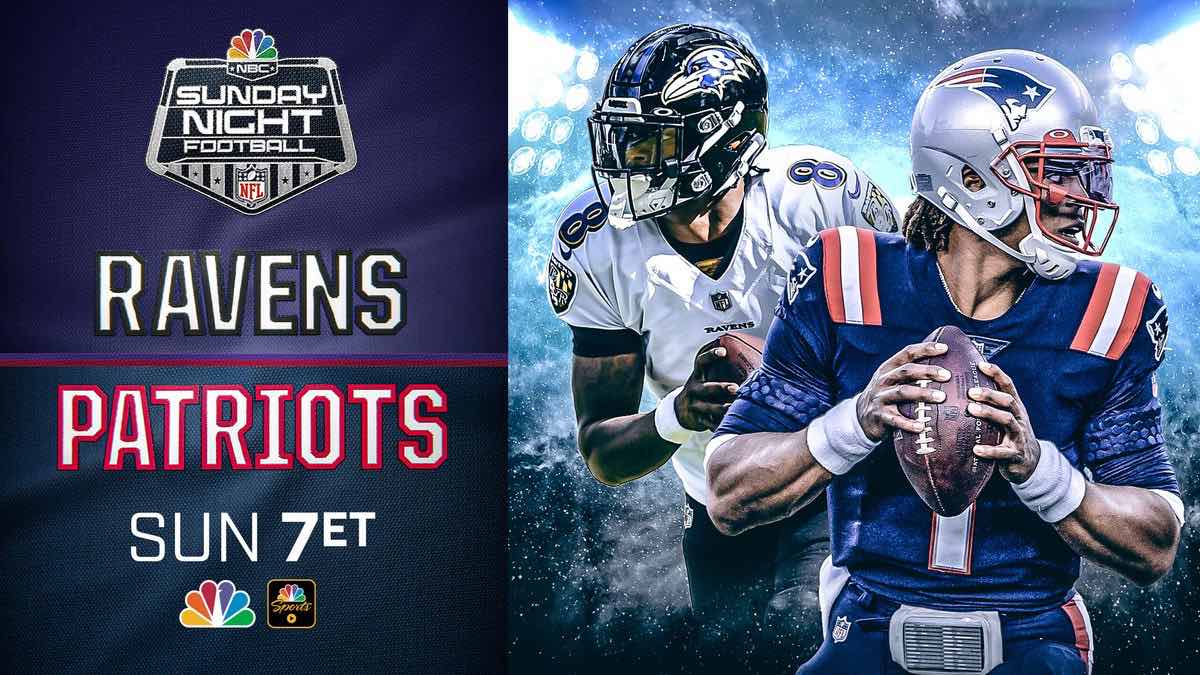 Cord-cutter and don’t already have Hulu + Live TV or YouTube TV? A free stream is the way to go. A simple Google search will pull up plenty of options – but finding one that works with your specific device is always tricky. We recommend sportsurge.net or nflbite.com, but fan websites, Facebook groups, or subreddits usually have posts dedicated to the topic with great recommendations as well. 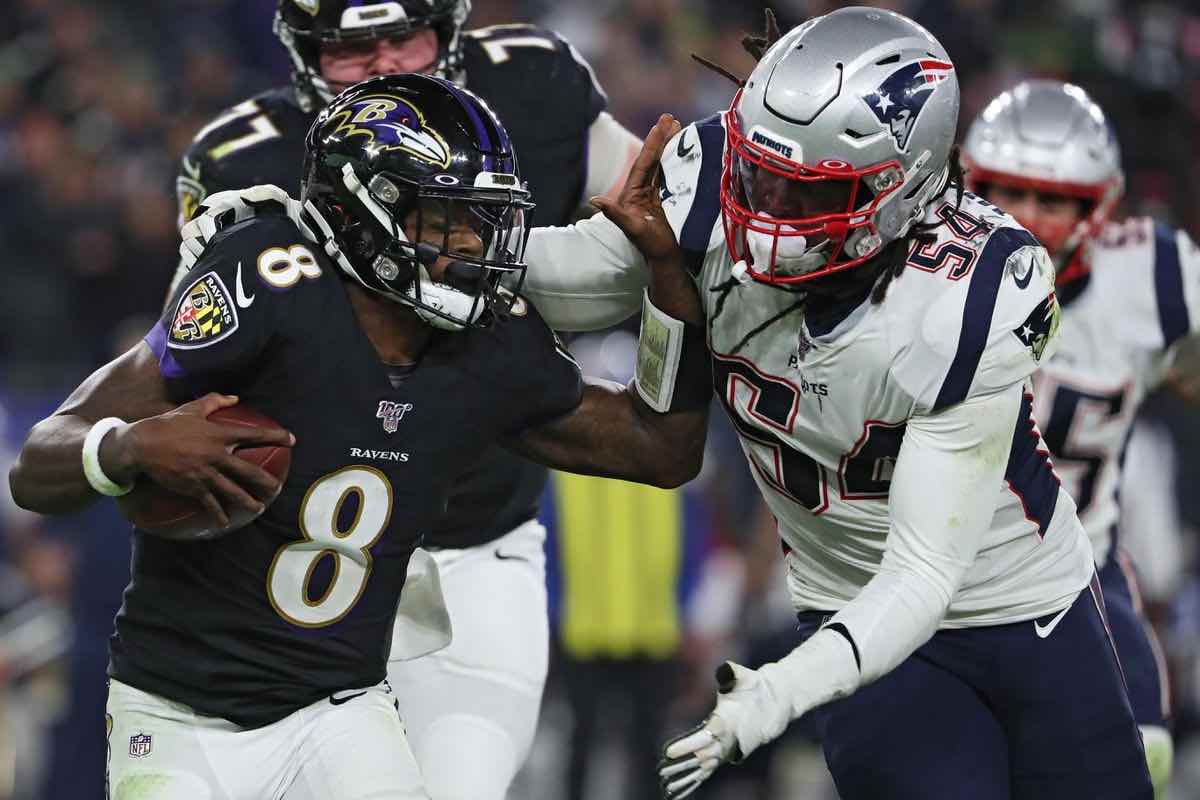 The Baltimore Ravens enter tonight’s matchup as the clear favorites, fifth in the AFC – while the New England Patriots sit way behind at eleventh. The Ravens’ defense has been spectacular, for a league-best 17.8 points allowed per game. In their two losses, they kept the Pittsburgh Steelers & Kansas City Chiefs under their points per game average. The old saying is true: defense wins championships.

The key for Baltimore is the running game. The Ravens rushed for a league-best 170 yards per game, while the Pats allowed 131 rushing yards per game. New England’s ineptitude against the run is great for Lamar Jackson. He leads the Ravens in rushing yards with 469 yards good for 58.6 yards per game. He also has one of the best running back trios to continue the team’s dominance on the ground. 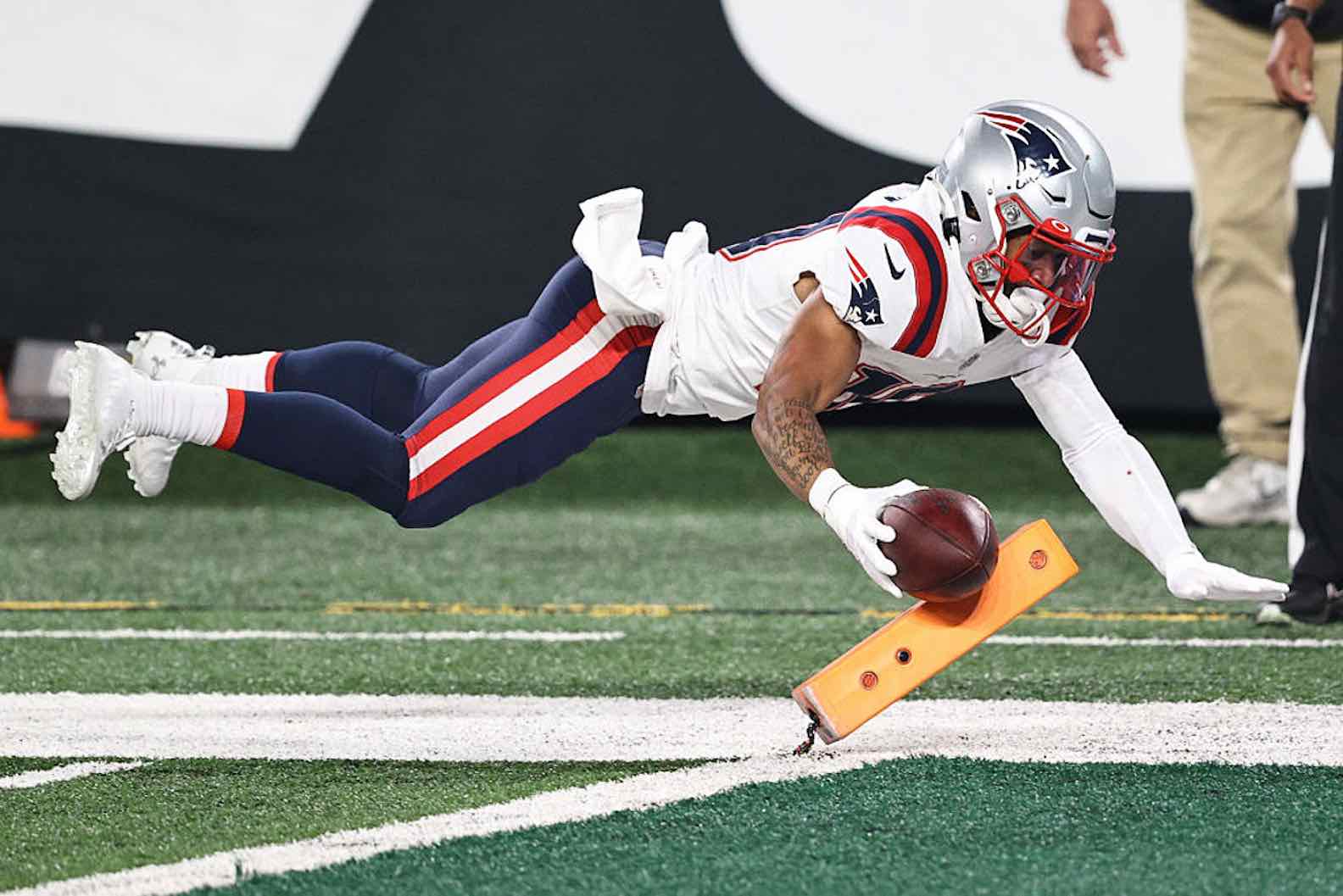 The Patriots aren’t likely to win this Sunday night’s battle on the gridiron. The Ravens’ defense is going to smother the entire offense, especially the run game. Before Lamar Jackson entered the league, Cam Newton was its best rushing quarterback. After a few injuries he’s back to his rushing self, averaging forty-five yards per game. However, the Ravens have one of the league’s best run defenses, only allowing 101 yards per game.

The Ravens are hard to strategize against: even if you cover every receiver the possibility can’t be avoided that Jackson takes off for a big gain. Even stopping his run game won’t do the trick. Jackson has a 63% completion percentage, averages 248 passing yards per game, and doesn’t throw interceptions often. The key for New England is containing Jackson; if he can get to the outside, five to ten yards can be expected. 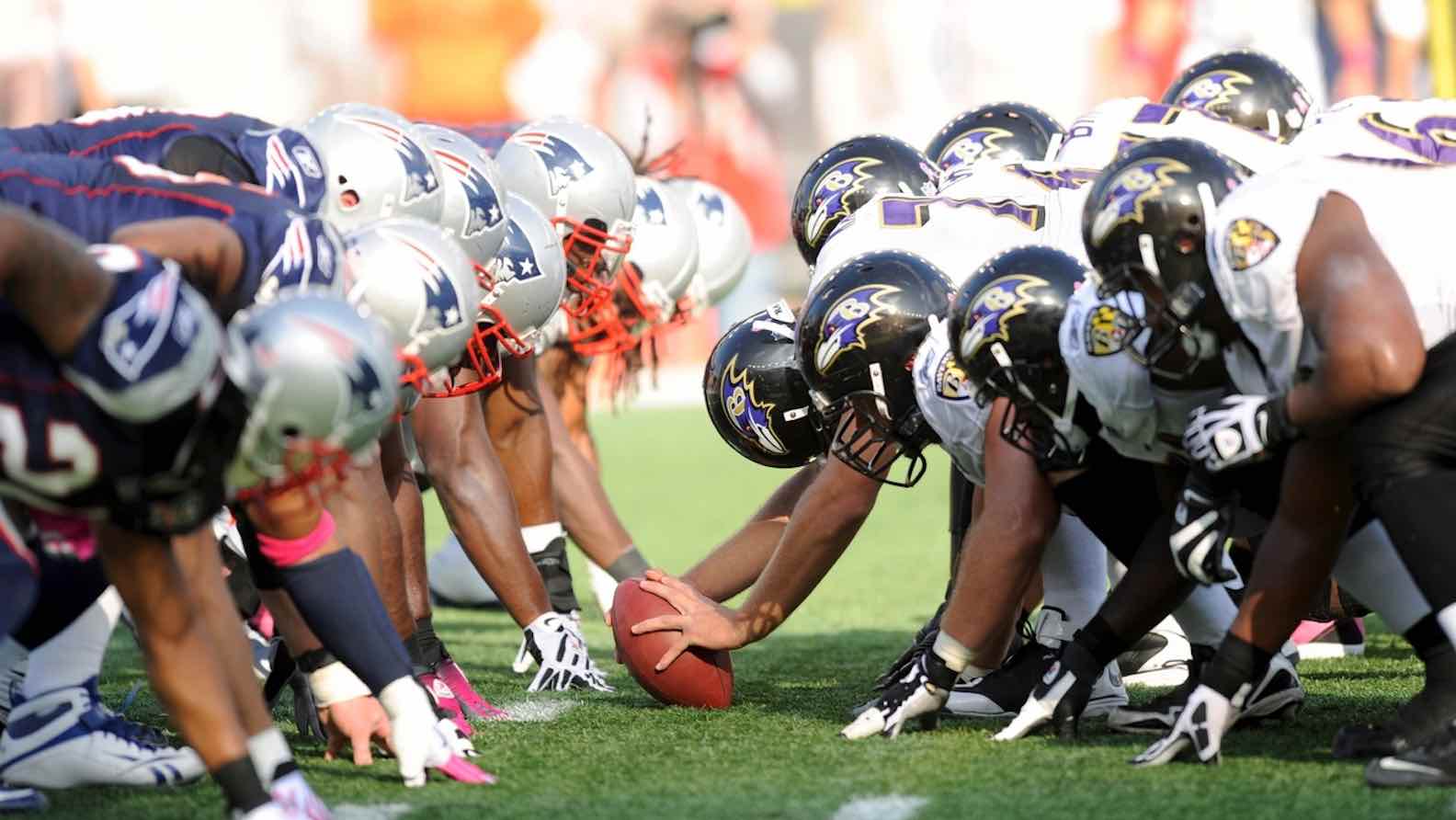 Offensively, the Patriots need to get in the red zone. Newton has been great there with his 67% chance of scoring. Nine of eleven of his touchdowns have come from within ten yards. The Patriots also need other players to score. If you take away Newton’s eight rushing touchdowns, the rest of the team combines for eight touchdowns. Newton can’t be the only one scoring every single game.

Tonight’s game is a cakewalk for the Ravens. Film Daily’s sports desk has Baltimore leaving Foxboro with a 40-10 win over the Patriots. But who do you think will win tonight? Let us know below. 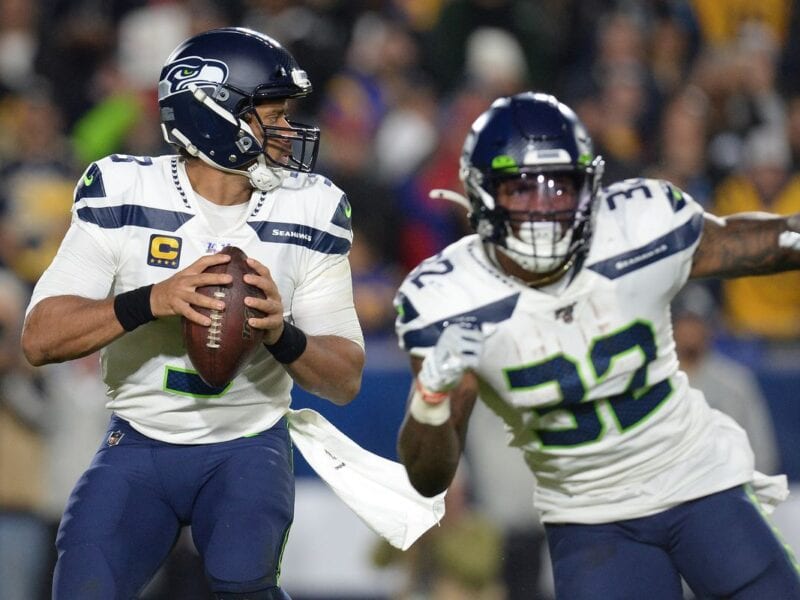 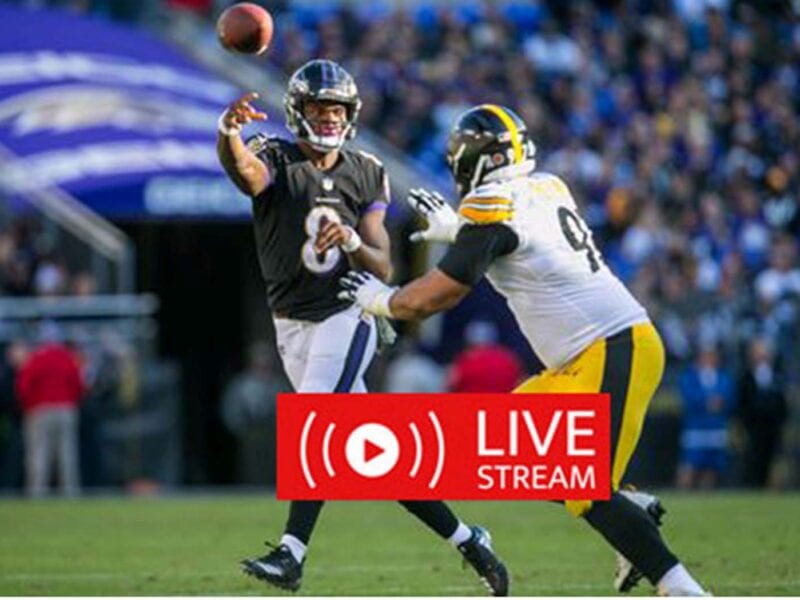 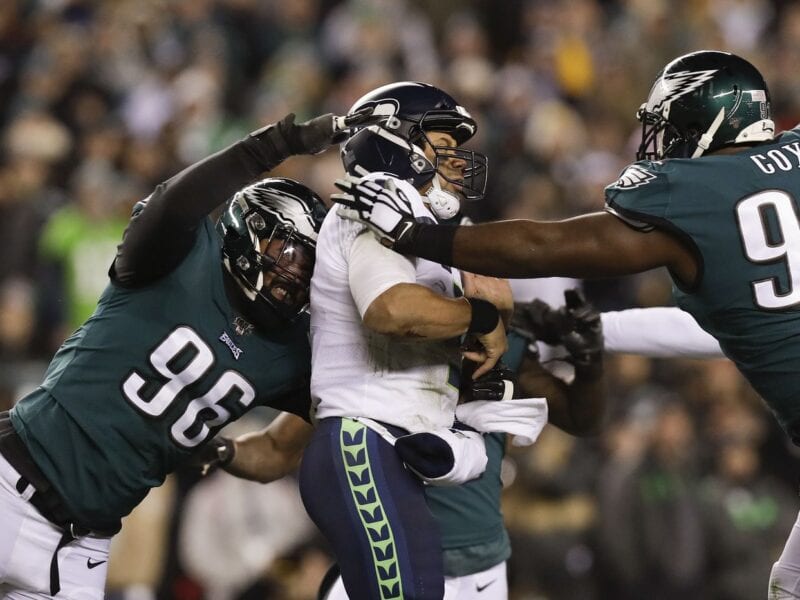