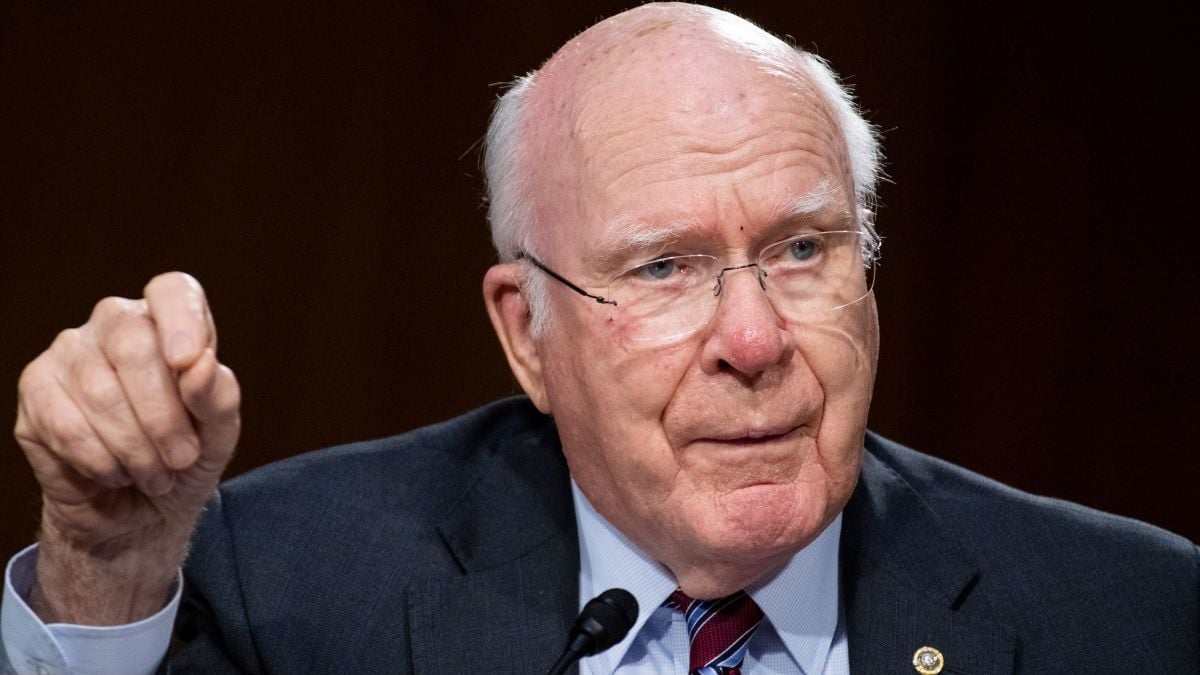 Politics and Batman: All of Senator Patrick Leahy’s Batman movies

U.S. Senator Patrick Leahy is a Democrat from Vermont and has been in public office since 1975. He’s been a senator for forty-six years, longer than anyone else in the current Senate.

After President Joe Biden’s inauguration, Leahy became the President pro tempore of the Senate. He’s also the third in line in the presidential line of succession. He’s also presiding over Donald Trump’s impeachment.

Although political work exceeds any other job he’s had in his career, his senator status isn’t the only aspect about him that’s interesting. Leahy is a huge Batman fan, and he’s even cameoed in a few Batman movies. 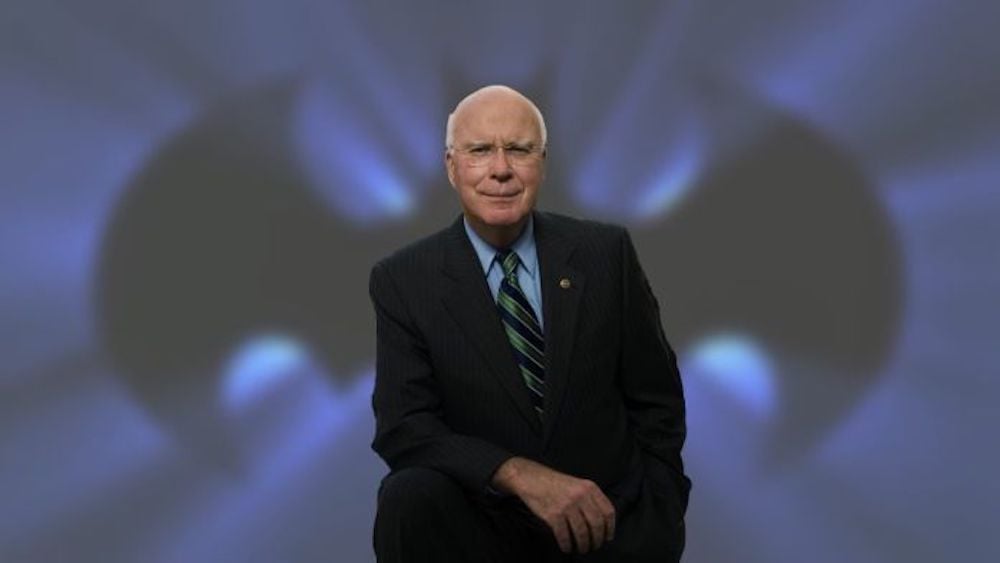 In the foreword he wrote for the book Detective Comics: 80 Years of Batman, Leahy talked about what sparked his love for Batman.

Leahy was born in 1940, the year after the first Batman comic was published. In the foreword, Leahy wrote that he became a fan of the character when he was four years old. He read comics in the Kellogg-Hubbard Library in Montpelier, Vermont. “Entering Batman’s world through my imagination opened an early door into a lifelong love of reading,” he wrote.

He spent time reading Batman comics throughout his childhood and even into his adulthood. “The Batman prevailed through superior intellect and detective skills, through the freedoms afforded by great wealth and through sheer will,” his foreword said. “Not superpowers, but skill, science and rationality.” 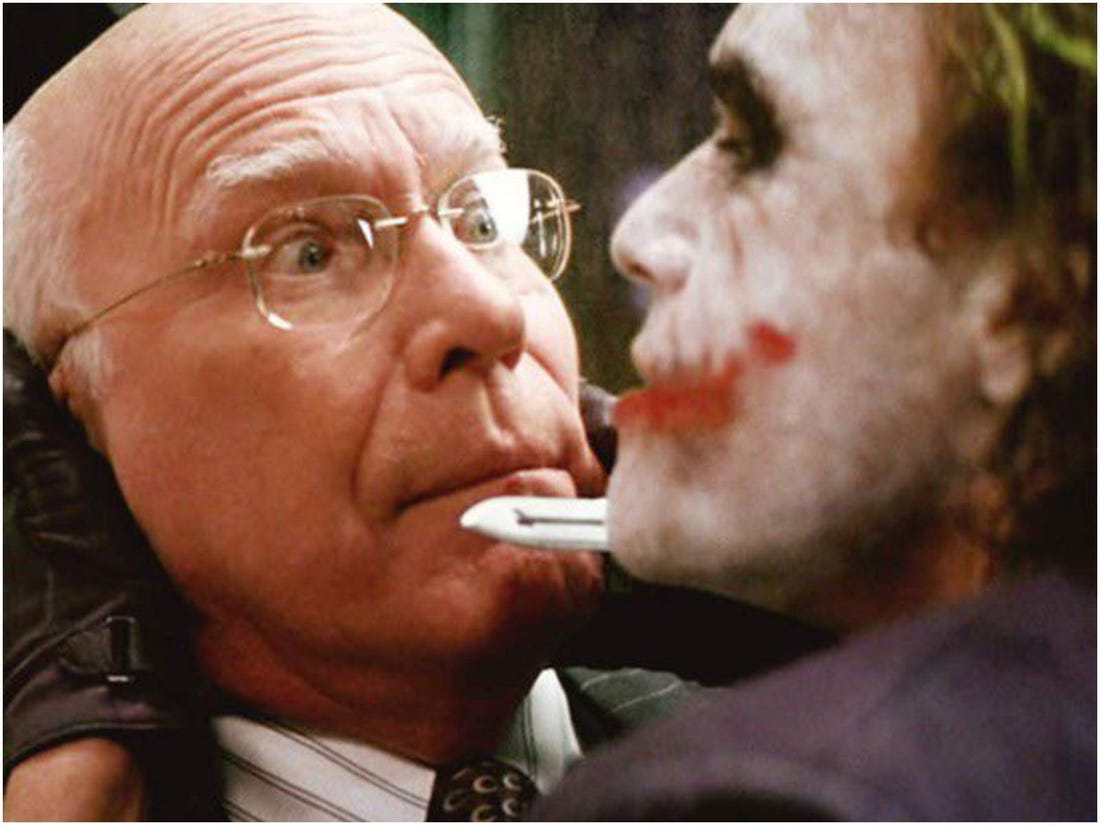 Leahy has made cameo appearances in five Batman films and voiced a character in an animated episode. His first appearance in one of the movies was in 1995, when he landed an uncredited role in Batman Forever. The same year, he became the voice of “Territorial Governor” in Batman: The Animated Series.

His next Batman gig was in 1997 when he got a small role in Batman & Robin. The next time he played in a film was eleven years later when he played “Gentleman at Party” in The Dark Knight. In that film, Leahy shared a scene with Heath Ledger, who played the Joker. In one scene, Ledger held a knife to Leahy’s neck as part of the movie. In an interview with Roll Call, Leahy said he was scared and “didn’t have to act” in that scene.

Leahy’s next Batman role was in 2012 when he played a board member in The Dark Knight Rises. That was his final appearance in Christopher Nolan’s Batman trilogy. His latest appearance was in 2016 when he played Senator Purrington in Batman v Superman: Dawn of Justice. In that film, his character gives a speech at a Senate hearing before an explosion. 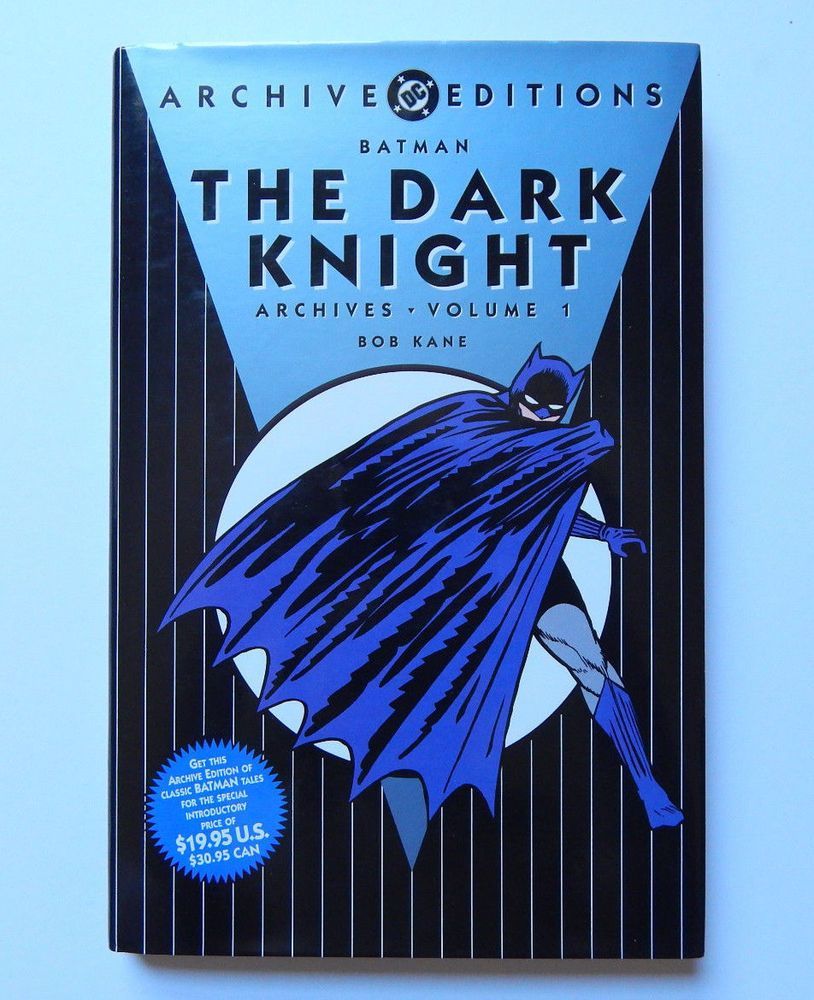 Leahy has been involved with the Batman story through more than just movies. The comic book nerd has also been part of several DC comic anthologies. In 1992, he wrote a forward for Batman: The Dark Knight Archives: Volume 1.

In 1996, his political career found a way to mix in with his love for Batman. He wrote the preface for Batman: Death of Innocents, a graphic novel with the intention of warning people about how dangerous landmines are. Throughout his time as Senator, Leahy has advocated to stop landmine use.

After being part of that book, Leahy also wrote the introduction for the 2003 comic book anthology Green Arrow: The Archer’s Quest. 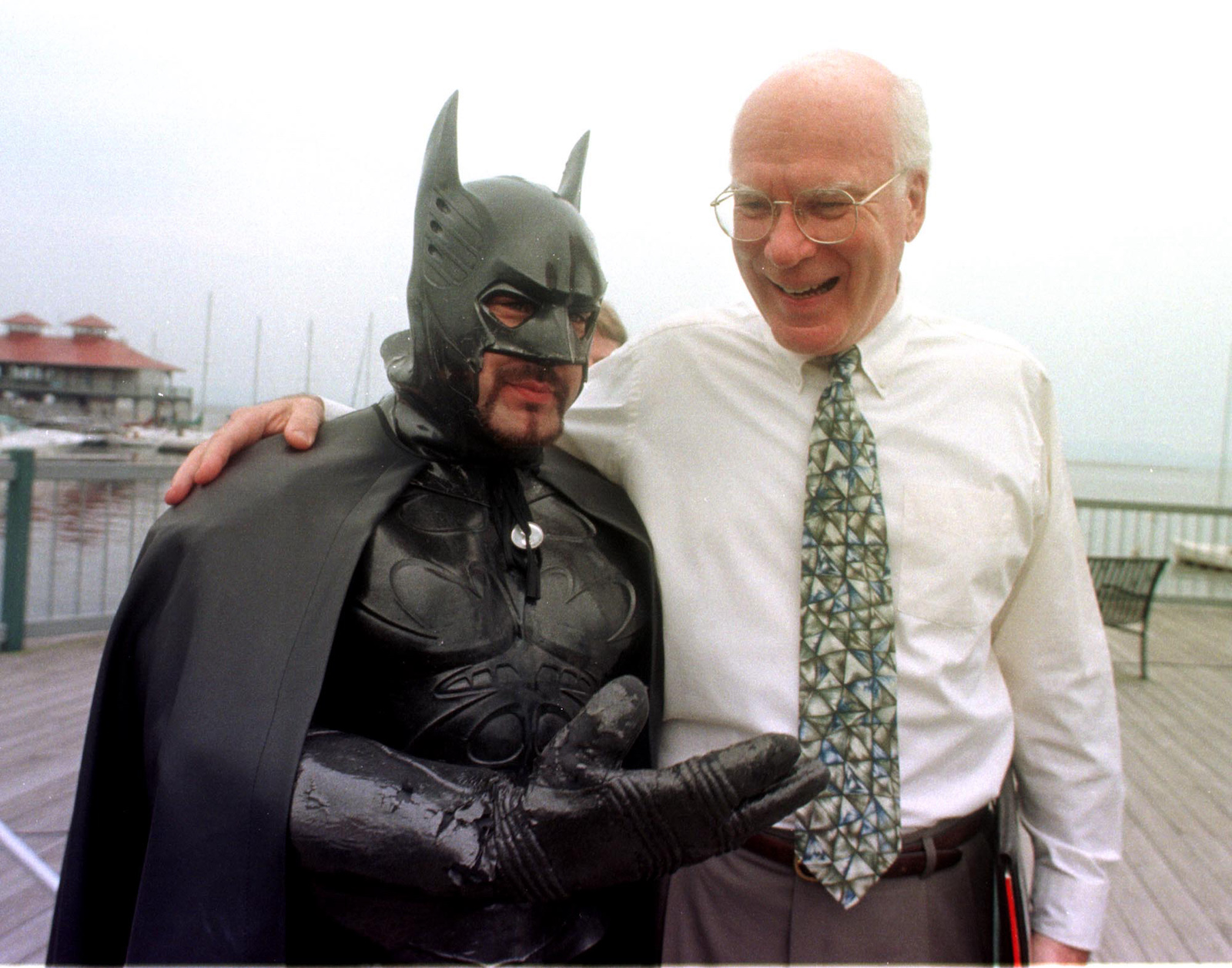 Sadly, Leahy won’t be in the upcoming 2022 film The Batman. However, the legacy he left through his love of Batman won’t be forgotten.

Leahy donated the money he makes from his acting roles to the local library he grew up reading the comics at. Through his donations, the library was able to create a children’s wing named after him. In 2012, the library installed a plaque to honor Leahy.