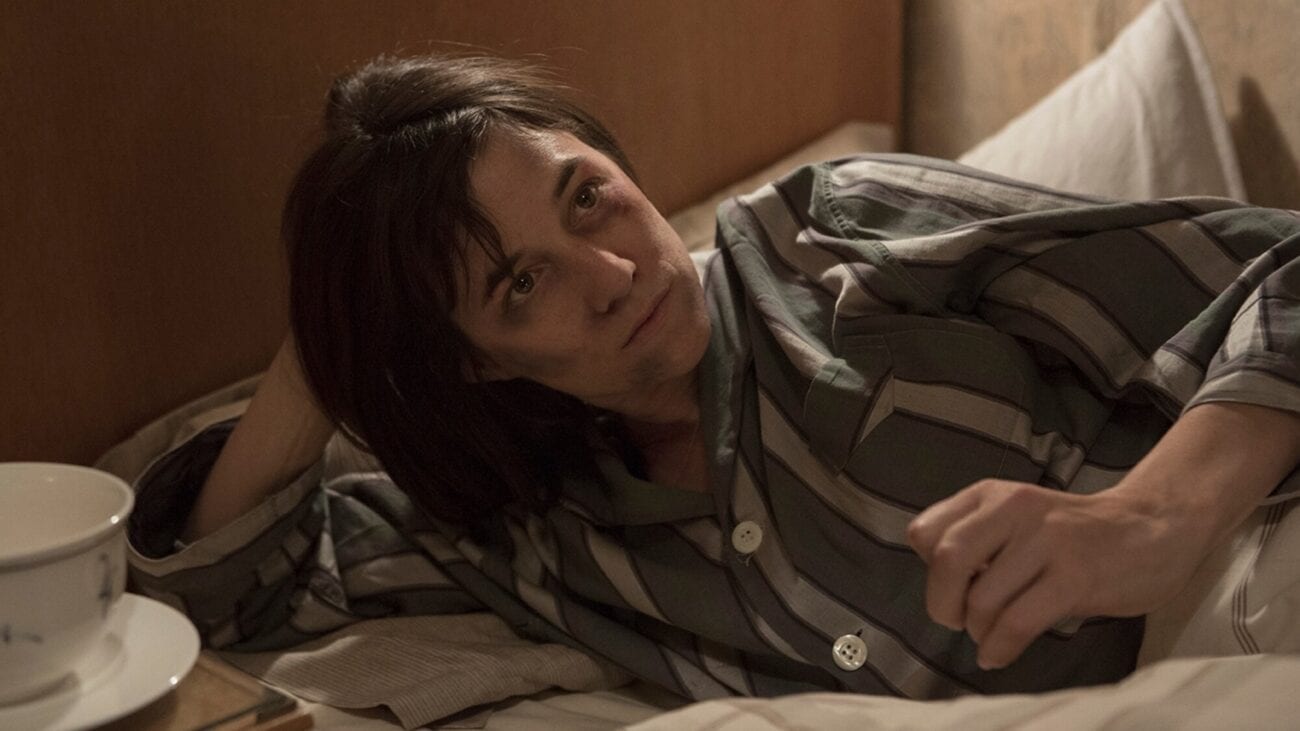 ‘Nymphomaniac’: The craziest sex scenes from parts one and two

Nymphomaniac is one of Lars von Trier’s most famous works, and certainly one of the most controversial. While it’s usually hard for art cinema to reach mainstream theaters (especially when there’s so much sexually explicit content) Lars von Trier’s work is bound to attract the masses – even if it’s just out of morbid curiosity.

Whether you’ve seen Nymphomaniac already and want to remember the wildest sex scenes, or you’re just feeling curious about this film, we’ve got you covered. Take a look at the craziest sex scenes of this work from Lars von Trier. Beware: there are major spoilers coming up. 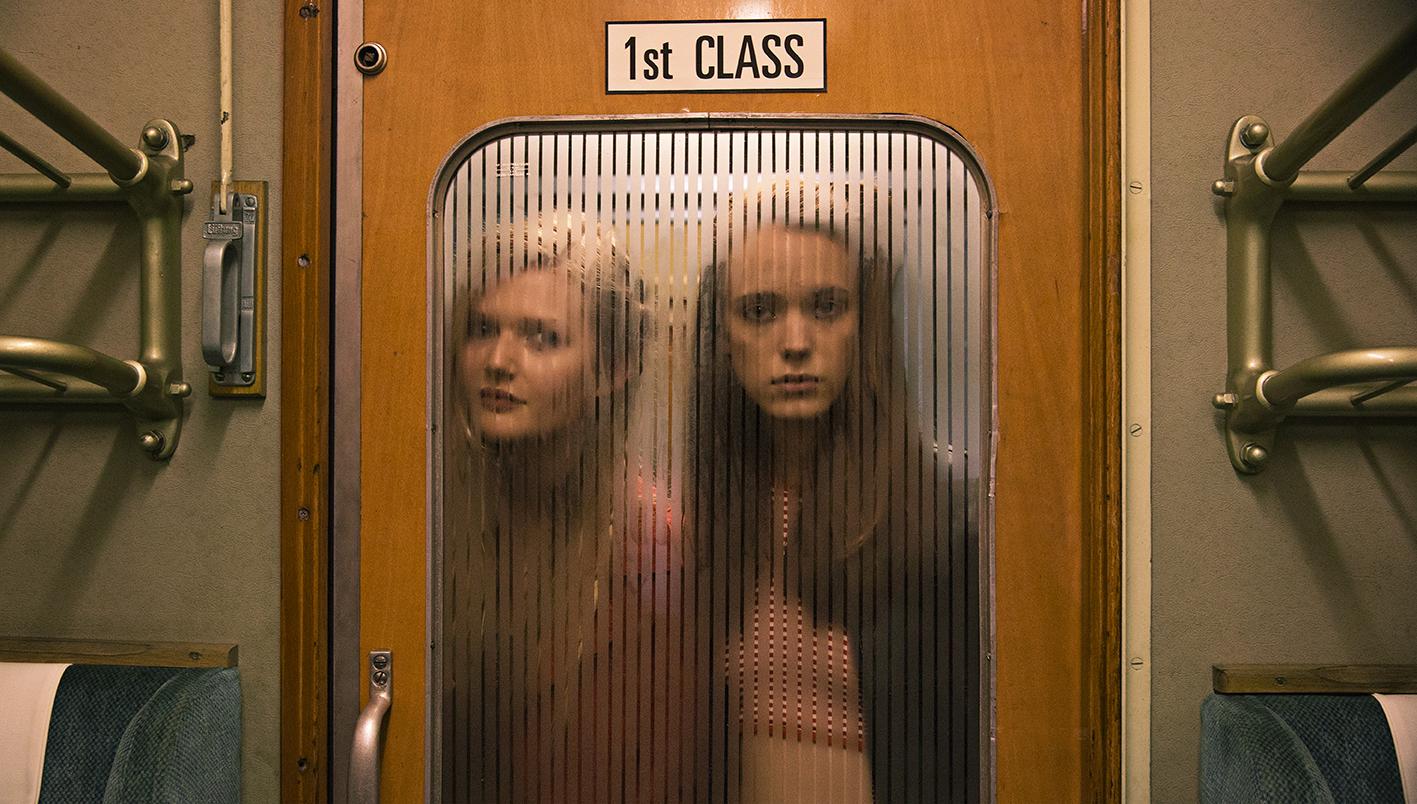 Oral sex on the train

This scene starts with Joe explaining how she would go out with a friend and get on a train where they would try to have sex with as many people as possible. Whoever got the most sex would win a bag of candy.

At first, Joe’s friend was winning but after finding a man who turned them down, she told Joe that if she managed to convince him, she’d earn five extra points. Lo and behold, that’s exactly what Joe did. 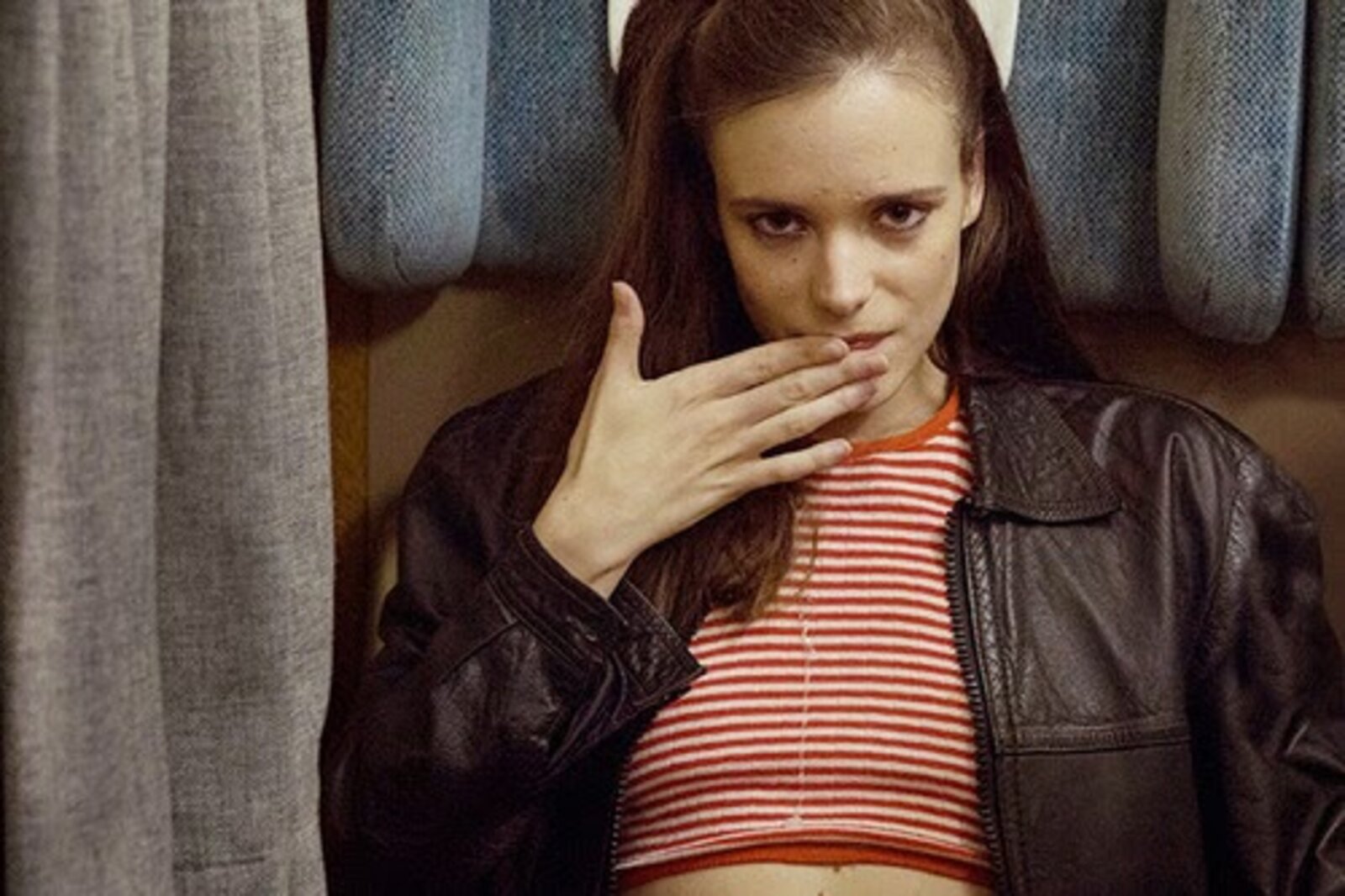 As if competing to see who gets the most sex on a train wasn’t crazy enough, the way Joe convinces this man on the train is even weirder. She notices a gift in the seat next to him and infers it must be for his wife. He confirms that, and tells her that’s she’s in a rush to get home so he can have sex with his wife as they decided they wanted to have kids . . . Like now.

Everyone knows a conversation like that is pretty much like sexting so she just goes ahead and kneels before him. What’s cringiest about this whole situation isn’t the fact that we have a clear shot of oral sex, but the fact that it doesn’t seem consensual as he keeps telling her to not do it. Yikes.

Towards the end of the first part, Joe divulges the story about three of her sexual partners whom she used to see constantly. The three of them are compared to musical voices: bass voice, the second voice, and the cantus firmus.

We’re treated to very explicit sex scenes for all three stories. First, we see a close-up of a man performing oral sex on Joe, then Joe performs oral sex on a different man. Finally, Joe has penetrative sex with a third man.

This Nymphomaniac sex scene is crazy because of how pornographic it is. Different men fornicate with Joe in different ways while we hear Bach’s ‘Ich ruf’ zu dir’ organ prelude to showcase harmony, all so we can reach the sad conclusion: Joe can’t really feel anything anymore. Crazy, huh? 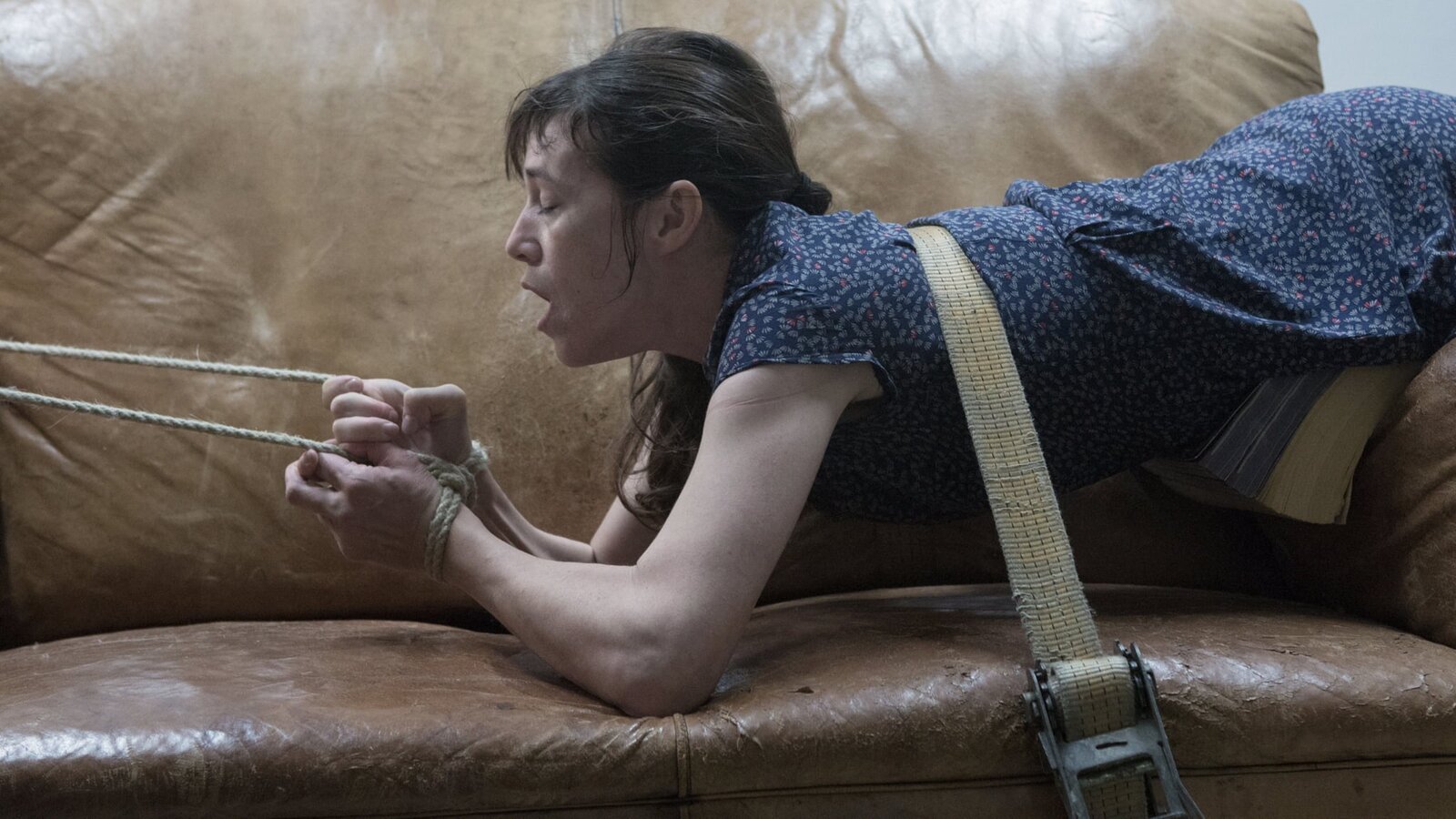 Nymphomaniac: Vol. II is more about Joe’s journey to enjoy sex again. This scene sums the plot as Joe reaches out to a sadist looking for pain to ease her sexual frustration.

At first, the sadist refuses to take Joe as one of her clients after he tries to slap her in the face but she docks. However, after insisting and surviving being slapped, the sadist begins to explain the rules to her. The first one is he is not going to have sex with her, the second one is that she needs to bring her own riding crop, and the third one is that she needs to patiently wait for her turn to be beaten from 2:oo P.M. to 6:00 P.M.

The sadism is crazy enough, but here’s the thing: she tells the sadist she can’t be there because she has to take care of her child, but ends up going anyway. The appointments are pretty cold, basically clinical. Even though Joe seems to be suffering through the whole thing, she’s somehow still interested and continues going – yes, even despite the blood & bruises. 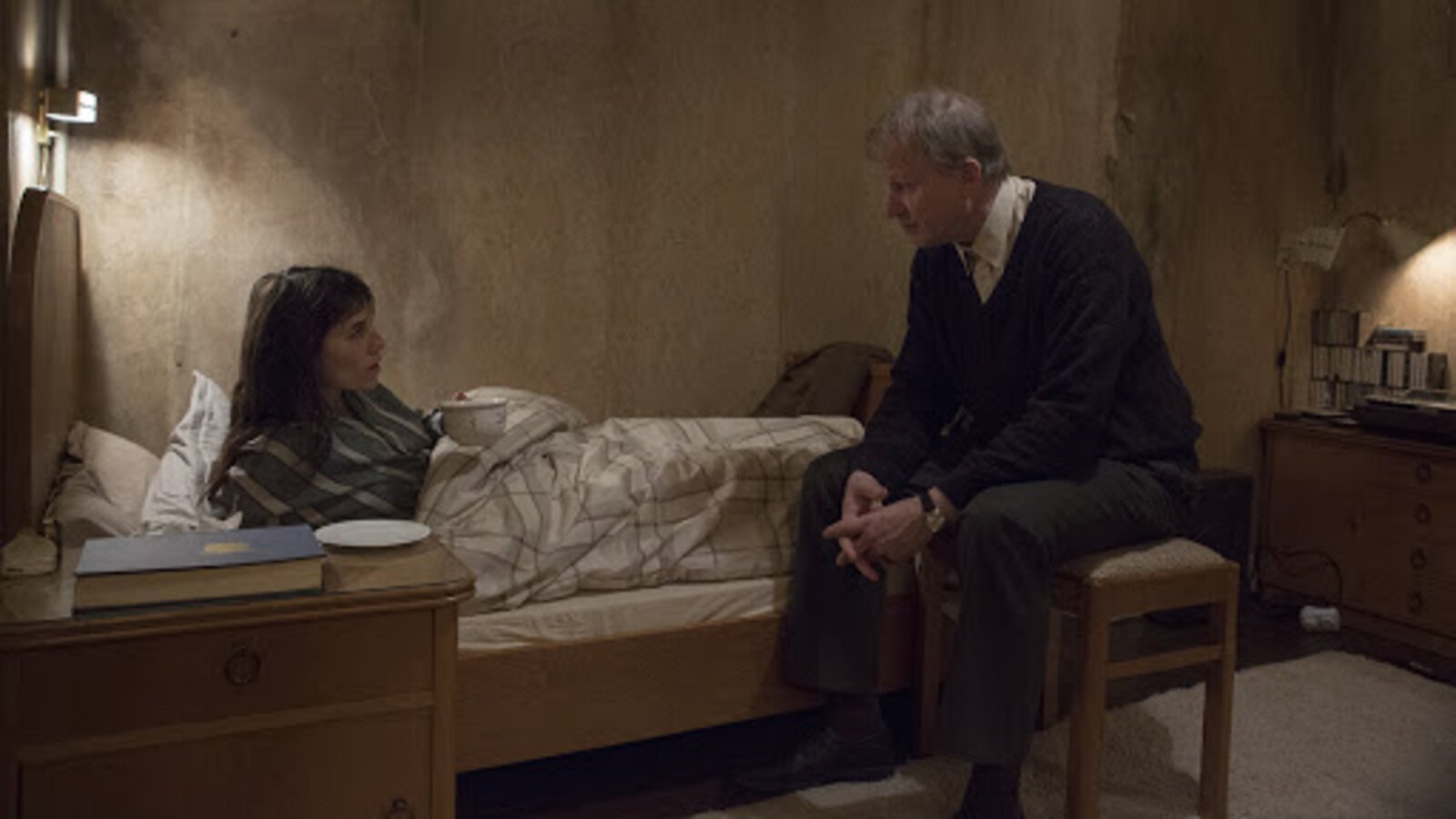 At the end of this two-part film, we discover the Seligman isn’t the serious & decent person Joe thought he was, but just another man who wanted to have sex with her.

The craziest sex scene in Nymphomaniac is one where no actual sex happened. As Joe finishes telling the story, we see Seligman trying to rape her as if her stories were a form of consent. 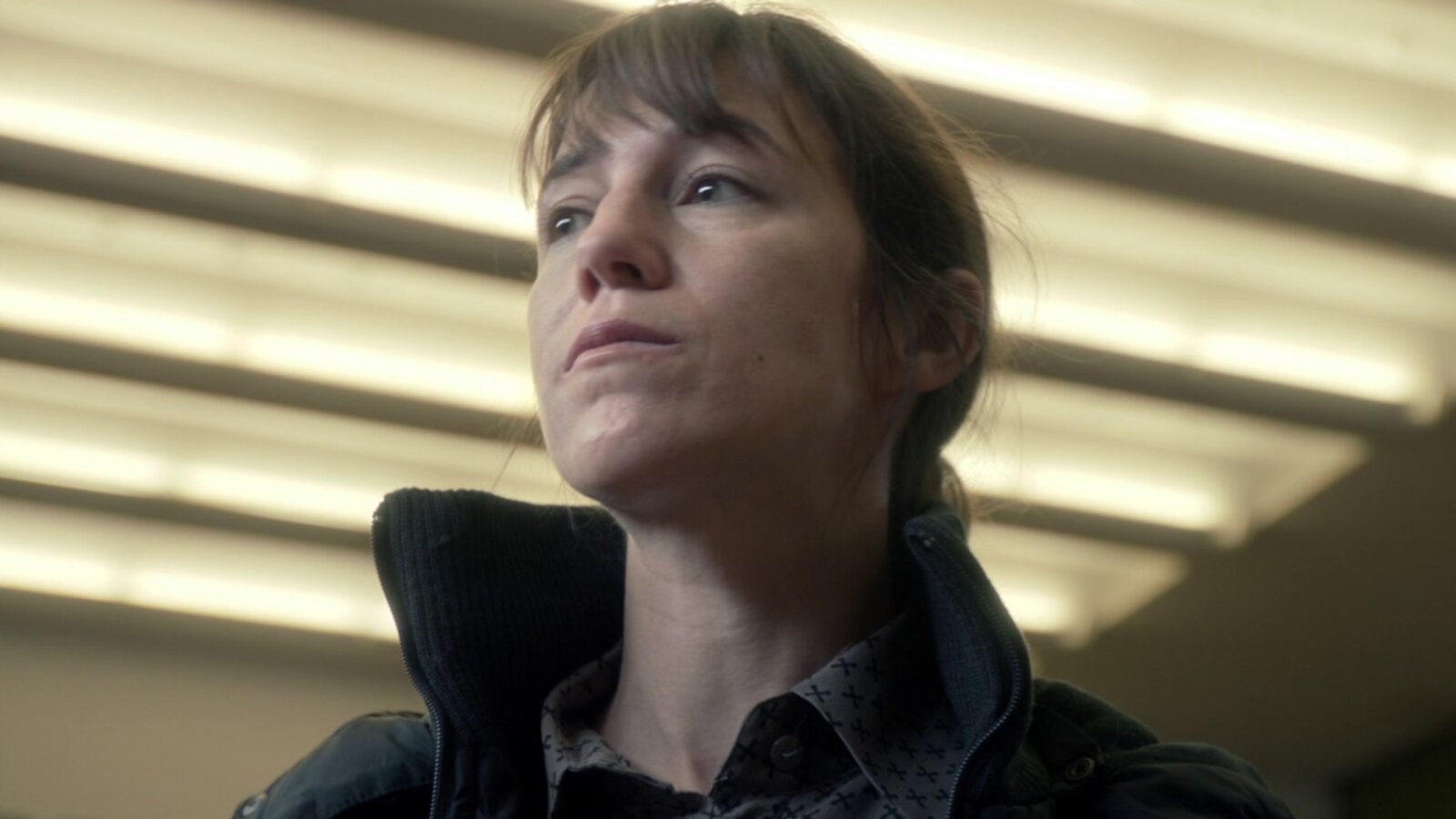 Seligman seems to be under the impression that Joe, being a self-diagnosed nymphomaniac, would agree to have sex with anyone – including him. She tries to stop him and ends up shooting him once she finds out who he is.

Even though the movie has a disclaimer at the end of the credits: “None of the professional actors had penetrative sexual intercourse and all such scenes were performed by body doubles,” the movie is so explicit & raw, knowing we’re actually seeing prosthetics & doubles doesn’t minimize Nymphomaniac’s effect.

Not everyone is a fan of this film but we can’t deny it’s subversive, and it gives us food for thought. If you haven’t seen Nymphomaniac, you might want to give it a try. Just be aware of how shocking it can get. 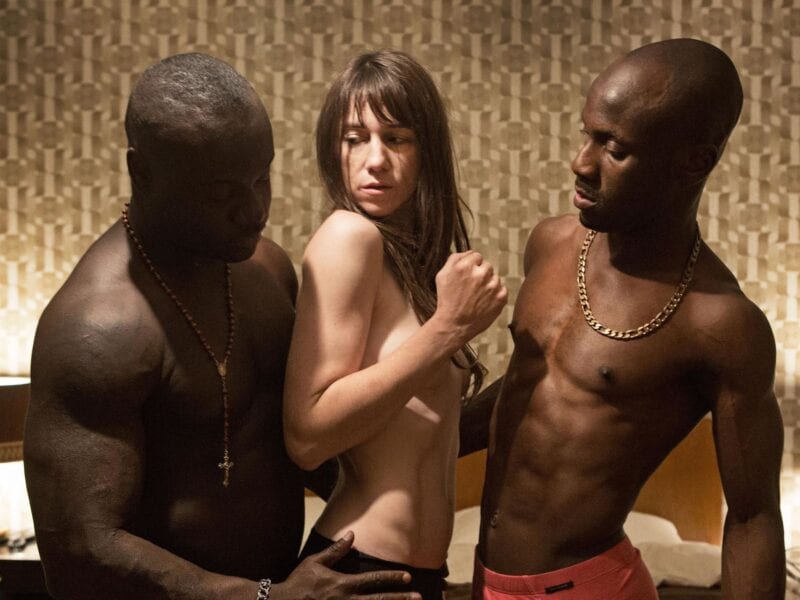 ‘Nymphomaniac’: All the *real* sex scenes from parts one and two