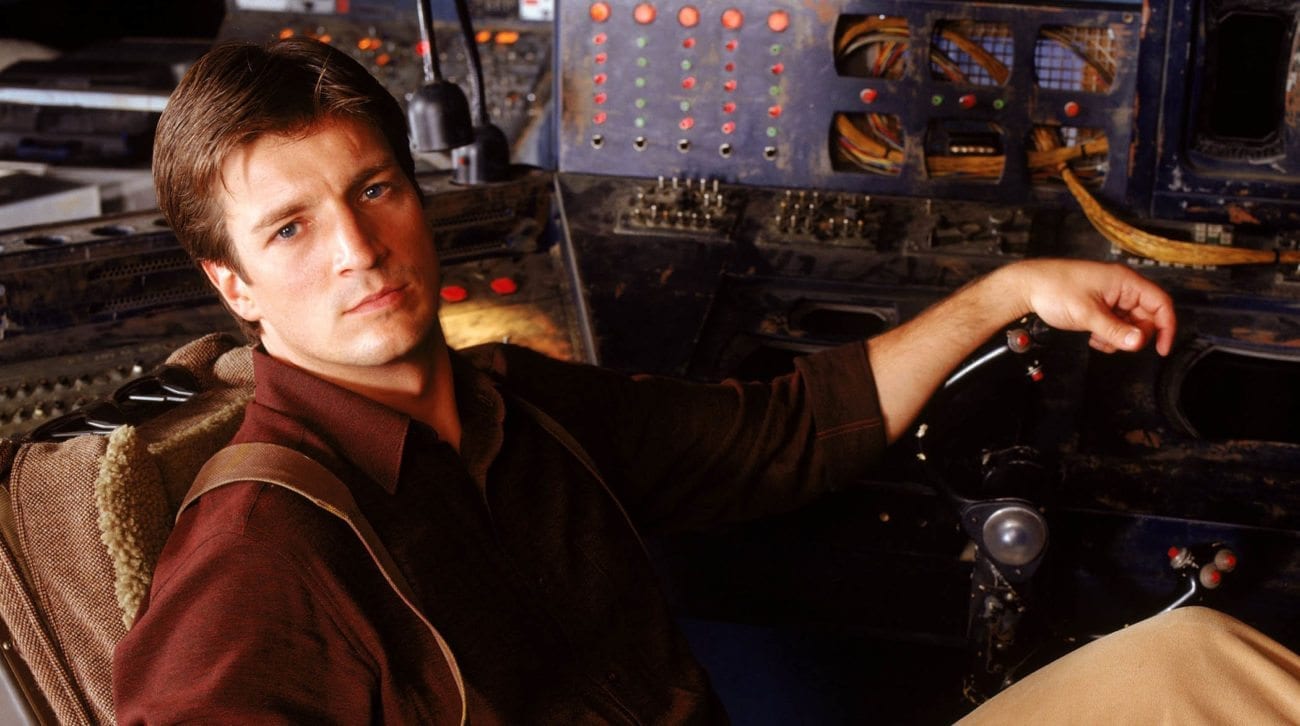 ‘Firefly’: All the best roles Nathan Fillion has been cast for

Since emerging in the late 1990s as an actor to keep an eye on, Nathan Fillion has gone from strength to strength as the reigning king of cult fandoms. Throughout his varied career the actor has shown an impressive range of roles in a variety of cult-status films & TV shows.

Currently we’re watching Nathan Fillion in The Rookie season 3 (with episode 5 coming out on Valentine’s Day.) We’re also excited about Fillion right now because has been cast as T.D.K. in the upcoming Suicide Squad movie.

In celebration of Fillion’s continuous excellence on screen, we’re looking to his previous roles – if only to remind the folks at ABC what a national treasure this man is. Here are ten of his finest moments, saving the best for last.

One of Fillion’s first roles was opposite Ryan Reynolds (Deadpool) in this teen show where he played the often put-upon boyfriend of Sharon Carter (Traylor Howard). Two Guys, a Girl, and a Pizza Place continues to be one of Fillion’s straightest roles to date, with him winding up the punchline of many jokes (rather than delivering them as he went on to do.) 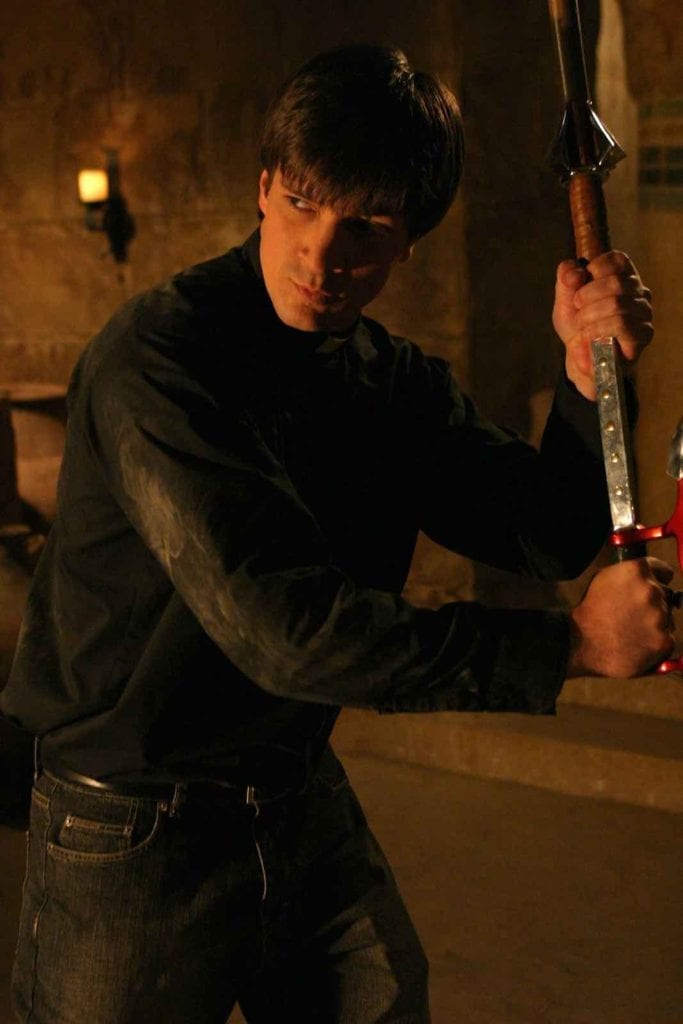 As a sociopathic & misogynistic evil preacher (with an admittedly dicey Irish accent), Fillion played one of the final villains ever to torture the Scooby Gang. Caleb wasn’t one of the best villains of the show, but Fillion’s performance is a hoot nonetheless.

Fillion was sweet as pie opposite Keri Russell (August Rush) in this delectable romance, where he plays a physician who inspires a young pregnant woman to live her best life.

It may only be Fillion’s voice lent to this animation, but you can almost hear him twisting a mustache malevolently as the prestigious & villainous patriarch of the Northwest family. 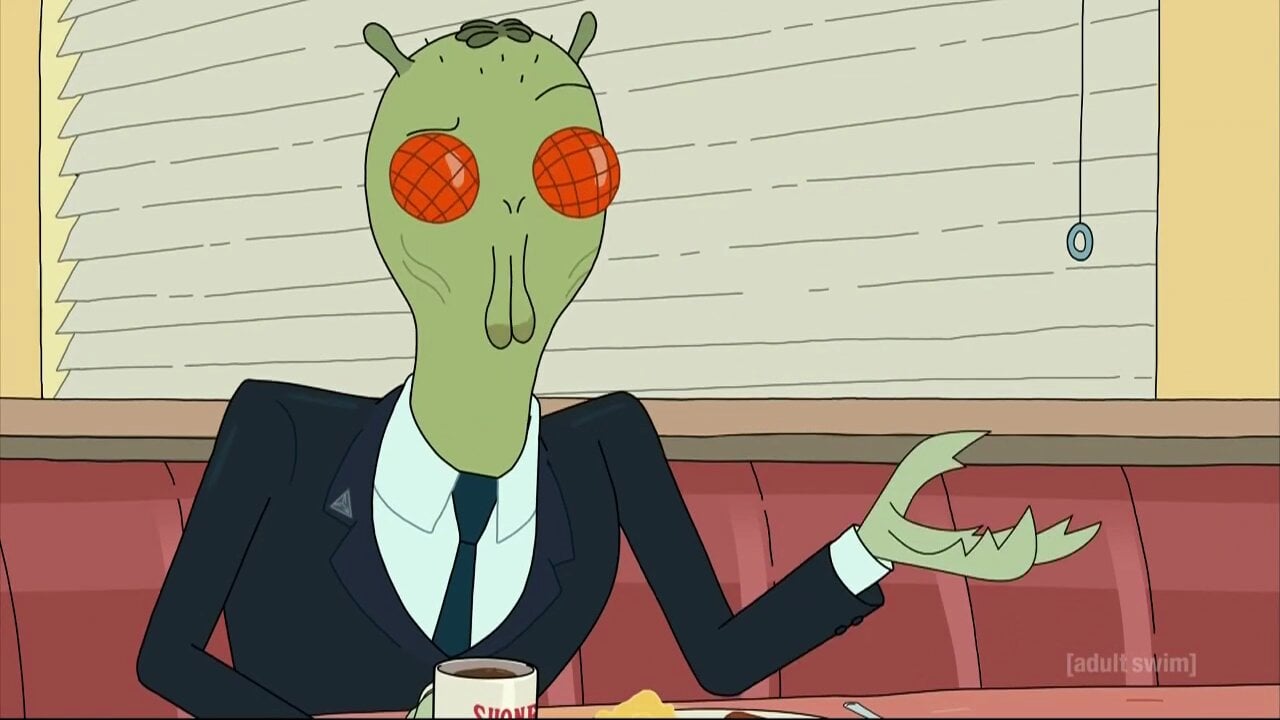 The Galactic Federation agent is part of the reason why we now know so much about Rick’s love for Szechuan Sauce. Fillion’s cool-as-ice portrayal of the often-aroused character was one of the best cameos of the entire season.

A brief (but hilarious) appearance as a sleazy co-worker who ends up devoured by the undead mom Sheila (Drew Barrymore) makes Fillion’s role a particular highlight of the Netflix comedy. Considering he was dead & buried by the end of season one, it seems unlikely he’ll be returning for more japes in the second instalment. But since his IMDb page indicates he’ll be starring in the show in 2018, we live in hope for his return . . .  whatever form that could take!

Fillion was perfectly cast in James Gunn’s cult tribute to B-movie horror as a small-town cop fighting back against a local infestation of extraterrestrial parasites. The collaboration would eventually lead to Fillion enjoying a small (but memorable) cameo in Gunn’s Guardians of the Galaxy eight years later.

Joss Whedon’s musical comedy saw Fillion showing off an impressive set of pipes opposite Neil Patrick Harris (How I Met Your Mother) & Felicia Day. The movie features the actor’s most fun performance to date by giving him room to poke fun at himself.

As smug crime-fighting mystery novelist Rick Castle, Fillion was able to play up to everything fans loved about his previous roles. Serving up lashings of charisma & comedy alongside some endearing bravado, week after week Fillion was a pleasure to watch.

The “Space Cowboy” himself! As Captain Mal in Whedon’s sadly short-lived series, Fillion enjoyed what has gone on to become one of his most iconic & beloved roles. He was sarcastic, heroic, and wonderfully cynical, and fans continue to adore the character to this day.