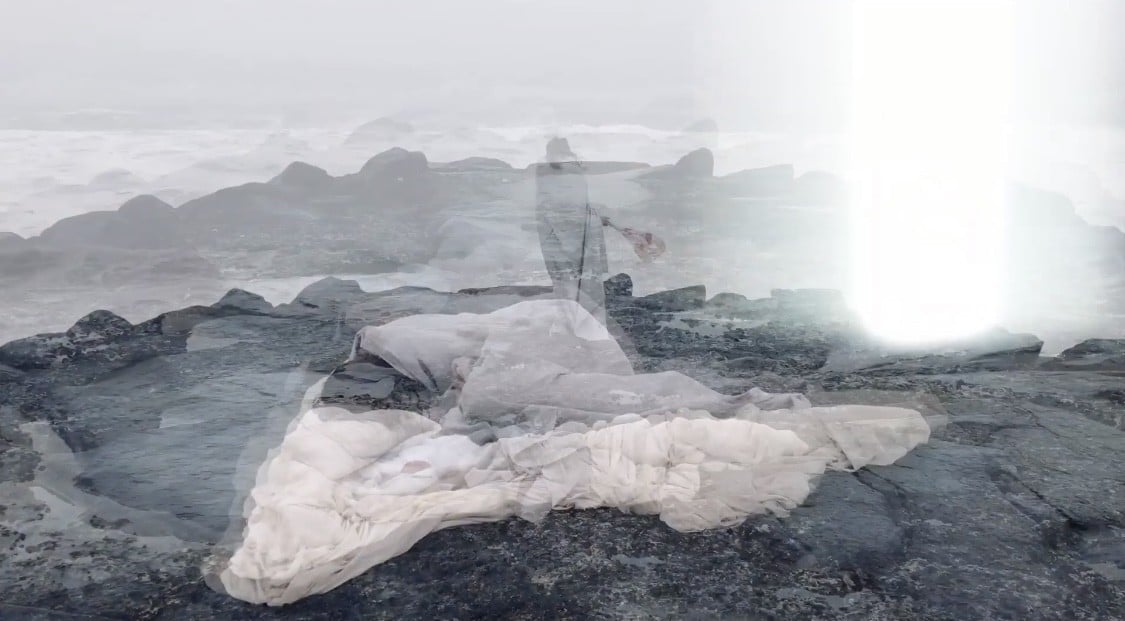 Confront trauma with the experimental film ‘My Bed’

My Bed is a film experience unlike any other. It’s a piece of performance art that sees filmmaker Lauren Vroegindewey explore the relationship between human trauma and the trauma we inflict on the planet. Vroegindewey positions a bed on sharp rocks in the midst of crashing waves, and bites into a piece of fruit to symbolize the discomfort of menstruation and past traumas.

My Bed is culled from a 24 hour experience, though it takes advantage of the film medium by incorporating experimental tactics. The further My Bed progresses, the more the viewer is subjected to overlaid footage of similar actions. Vroegindewey used acetate and double-sided tape that alternate between sewing stitches and collage on single frames; and double frames of direct animation. 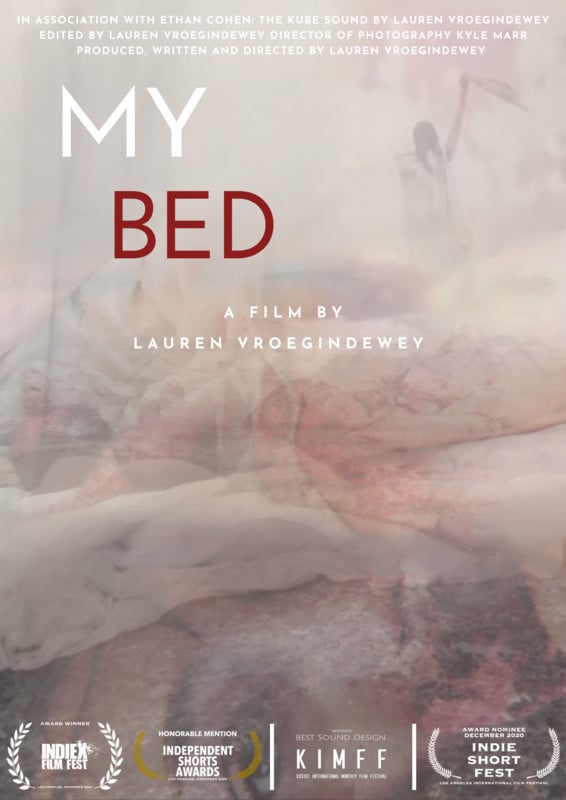 These animation cells involved painting with menstruation blood, dead skin, onion skin, human hair, and cut brillo pads. All of these elements are meant to further the theme of the film. The particular fruit that gets eaten, pomegranate, also has symbolic meaning. In Greek mythology, the pomegranate is considered a symbol of life and rebirth in the abduction story of Persephone by Hades, the god of the underworld.

The film is a hypnotic experience, forcing the viewer to confront the very notion of trauma and how it factors into our lives. The imagery is disorienting, but the longer one watches the more attuned they become to the film’s unique pacing. It’s unlike anything you’ve seen on the screen before. 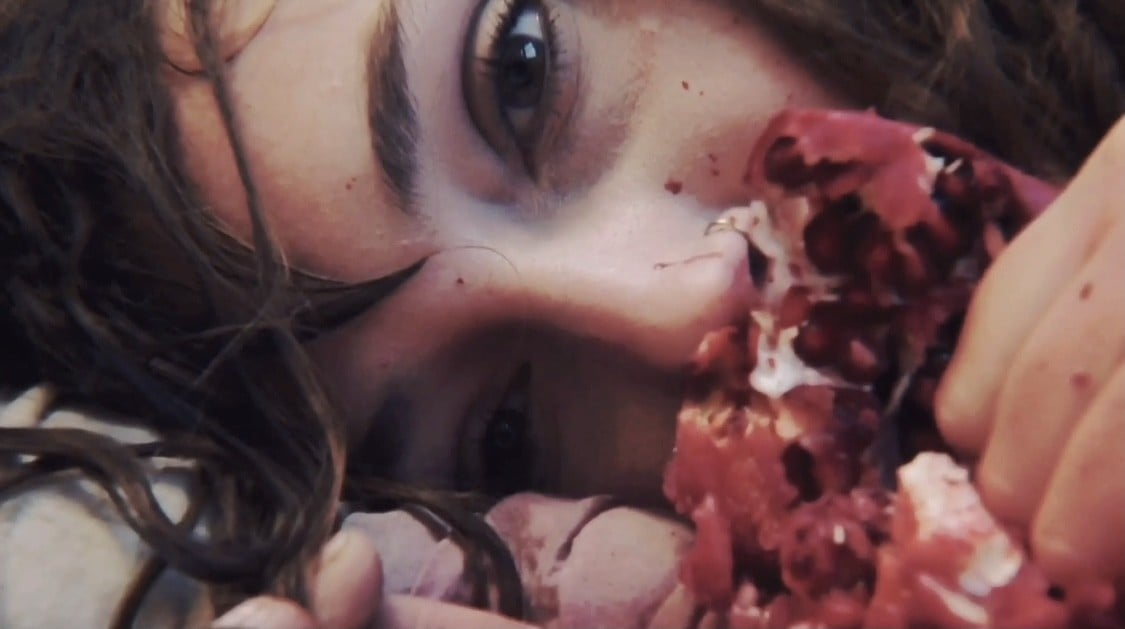 Lauren Vroegindewey is a multimedia artist and humanitarian born in Sonora, California. She wears many hats, including performance artist, video artist, sculptor, and painter, and she uses her body as a tool to explore notions of sustainability and vulnerability. Her film Achromatic, Stream of Consciousness, premiered at L.I. MoCA and her previous film, Cleansing, premiered at Costa Rica’s La NoBienal. She has held an exhibition at Ethan Cohen KuBe in Beacon, New York.

My Bed is Vroegindewey’s latest project, and it has won awards for best sound design and best experimental short. When asked to discuss her creative motive behind the film, Vroegindewey said that she wanted to make something that shook viewers out of their daily routines.

“My work can be seen as a narrative of personal trauma and the trauma the earth feels due to the human mark”, the artist stated. “It provides an experiential opportunity to challenge conventional perception, attempting to stimulate a mixture of sense experience and emotion to provoke a psychological response in the viewer that questions the choices we make daily.”

We’d say Lauren Vroegindewey managed to do exactly that.