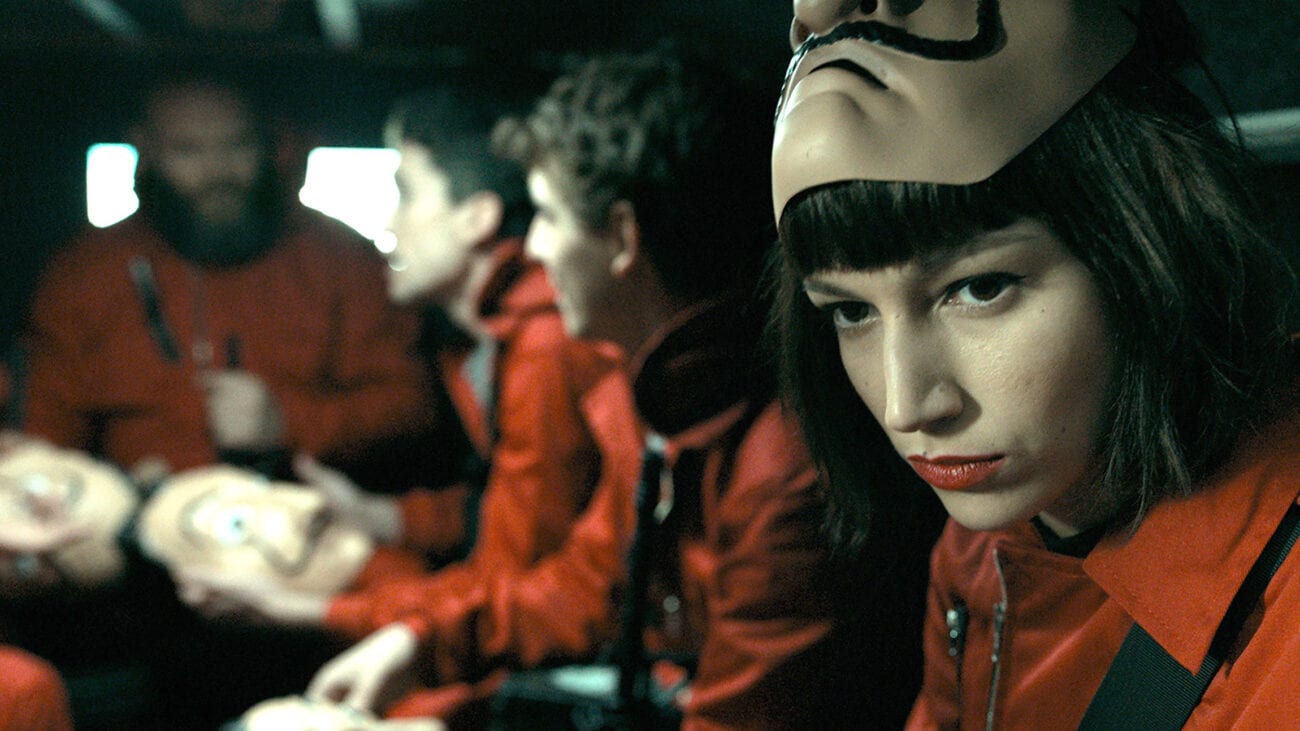 Even though we don’t have an official release date, Spanish telenovela-style crime drama Money Heist will probably be released sometime next year. If you’ve followed the series, you’re as excited as we are about its finale.

With so many twists & turns, it’s no surprise Money Heist has become one of the most viewed shows on Netflix. The series has gathered a considerable fan base trying to figure out what happens next. Here are some of the most unbelievable Money Heist theories going around. 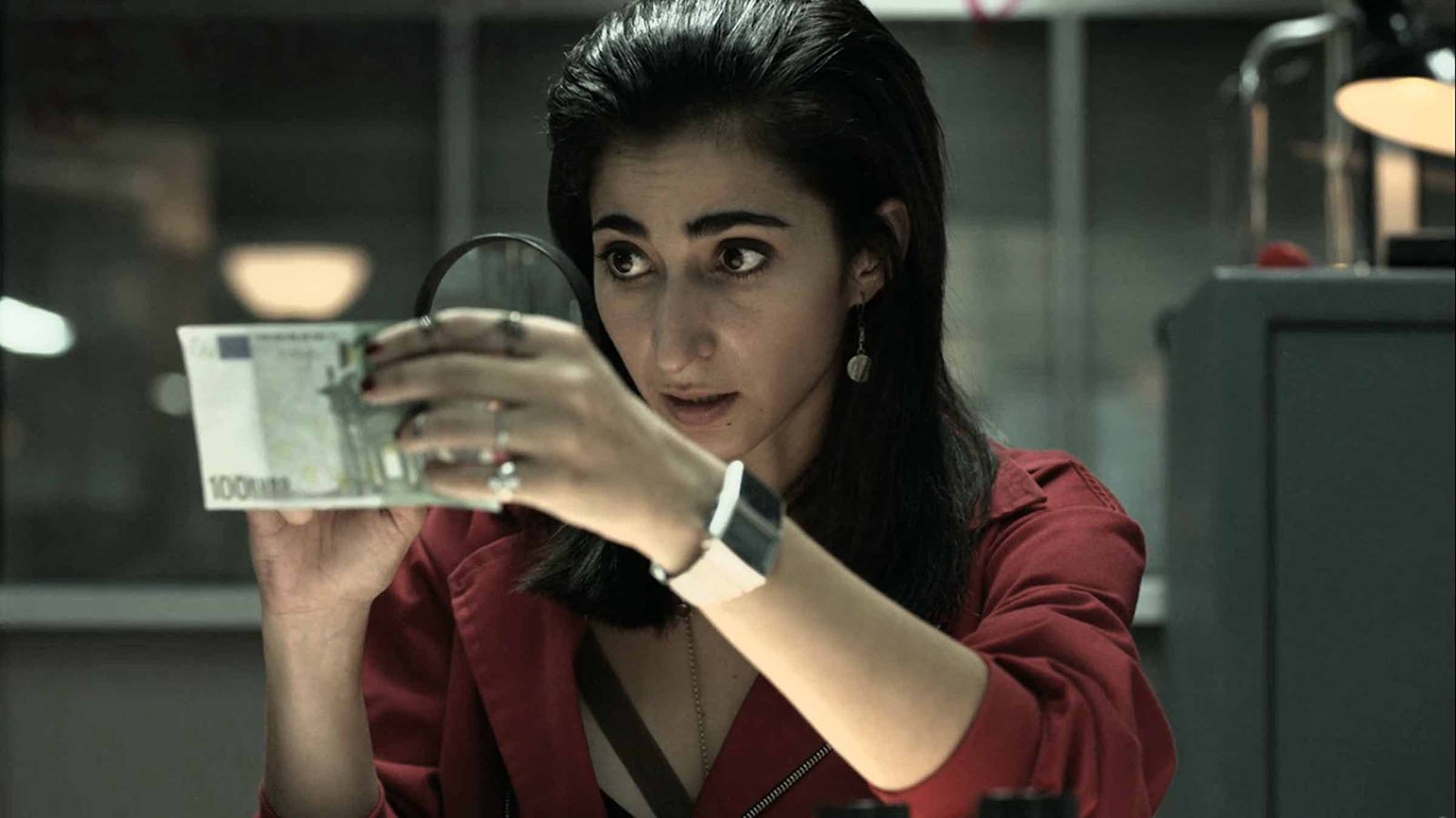 At the end of season 3, Nairobi is shot directly in her chest, which sends the whole team spiraling down. At the beginning of season 4, Nairobi’s wound is addressed when Tokyo performs surgery on her.

Once Nairobi is stable, we’re hit with the second problem of this season: Lisbon’s execution. Things aren’t going as planned for the Professor as he was led to believe Lisbon was killed by the police. Thankfully, Tokyo makes The Professor realize it was all a plot to distract him and he eventually finds out Lisbon is alive.

We get other conflicts like having the police almost break into the Bank of Spain which makes the team shoot bazookas back, Stockholm realizing Denver is violent, Arturo being a complete abuser, Rio breaking up with Tokyo, and the worst: Nairobi’s death. As if this wasn’t enough, the two main problems are still left unsolved. 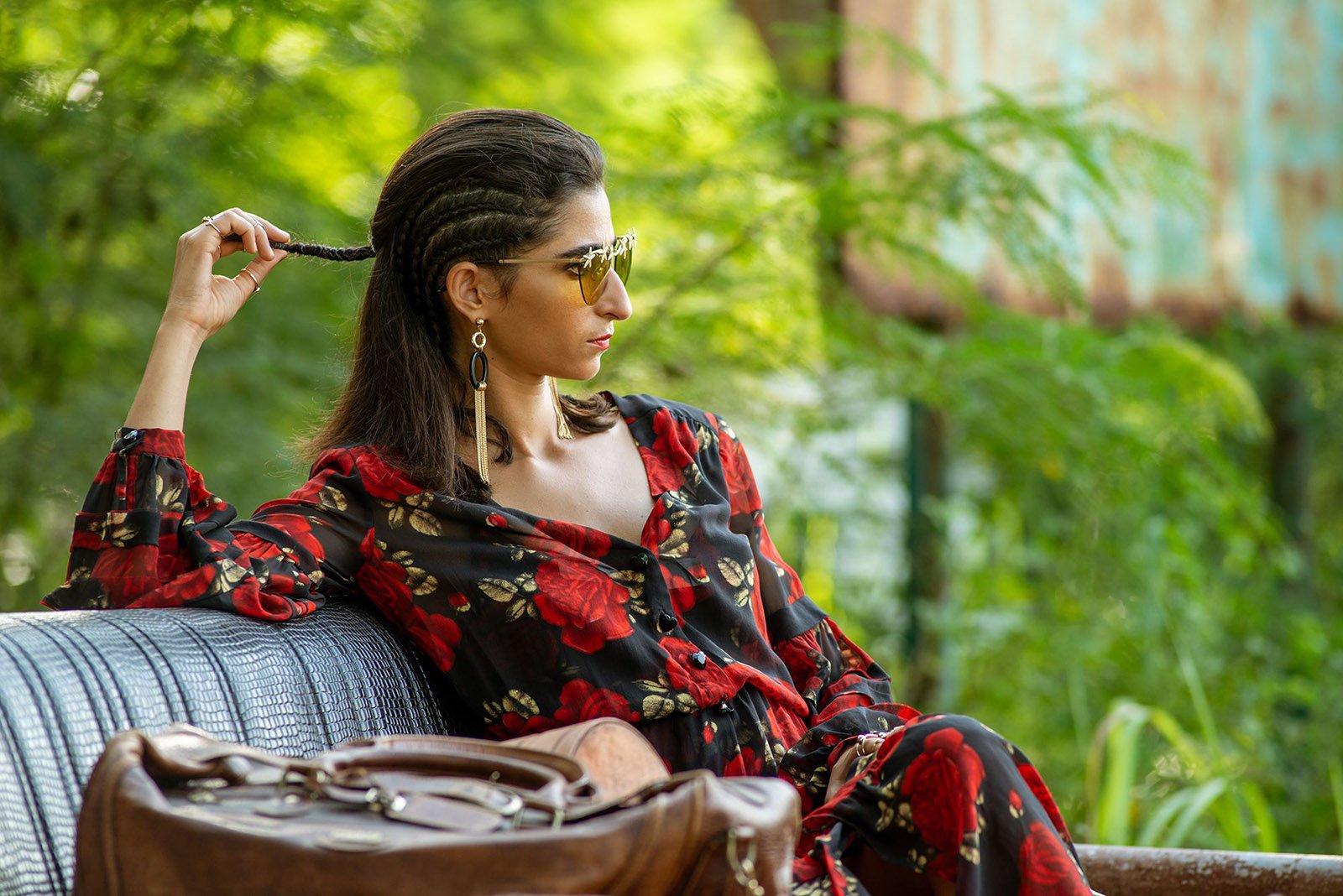 The first is the problem of Gandía. The head security guard is out and, while he’s being forced to help the team recover Lisbon and get her inside of the building, he surely represents a threat still. Even if the robbers keep Gandía locked up during the next season, we still need to know how they’re going to keep him from escaping again.

The second problem? Alicia Sierra. The inspectora is out and looking for revenge after she lost her career thanks to the Dalís. This is probably the biggest cliffhanger from season 4, which has every fan waiting anxiously for season 5 to wrap the plot up in (hopefully) a nice heisty bow. 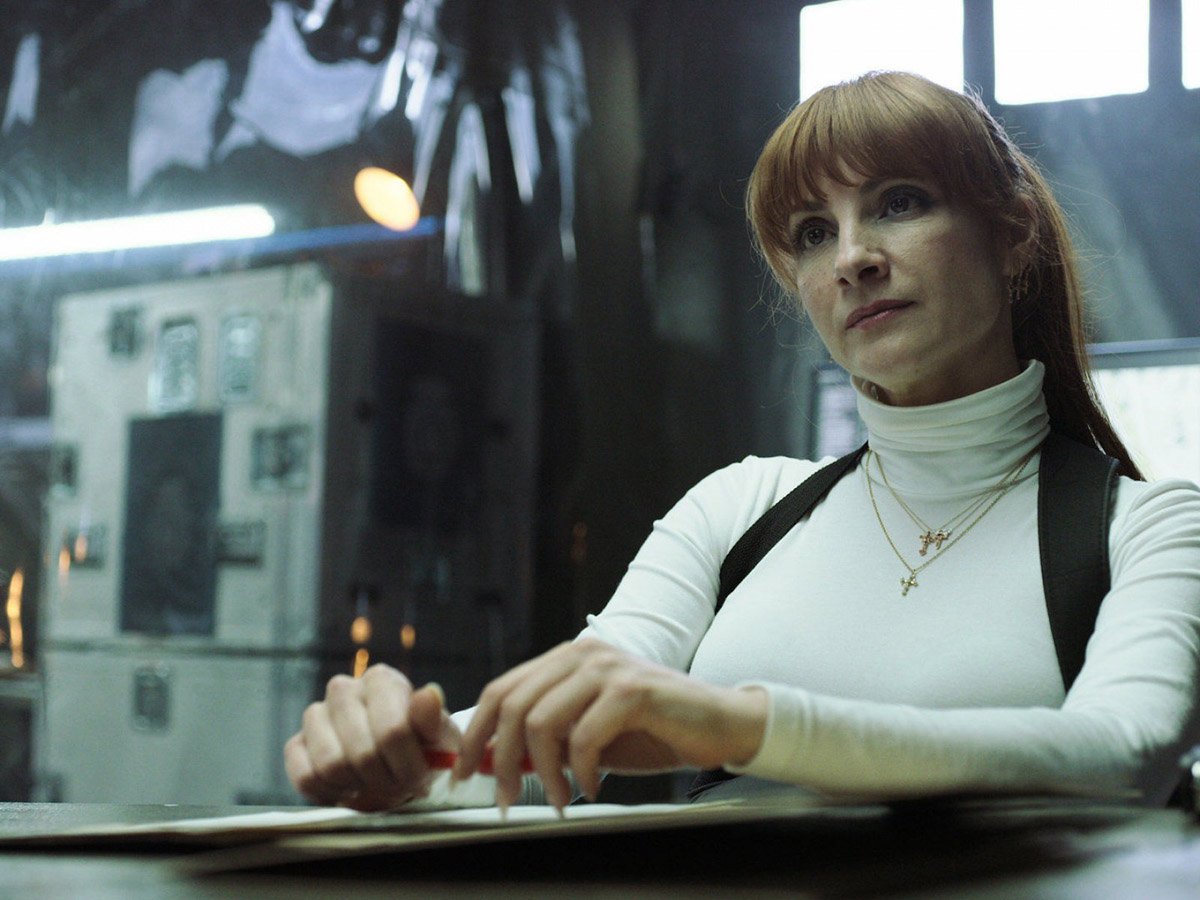 Who else is going to die on Money Heist?

One of the theories going around the internet is the possibility of seeing more heartbreaking deaths in Money Heist season 5. According to our first theory, we might actually know already who isn’t going to make it to the end.

When Nairobi dies, we see a dreamlike shot in which she stands in a field together with Berlin, Oslo, and Moscow. However, in earlier shots, we also see Denver, Helsinki, and the Professor hanging around in the same scenario. 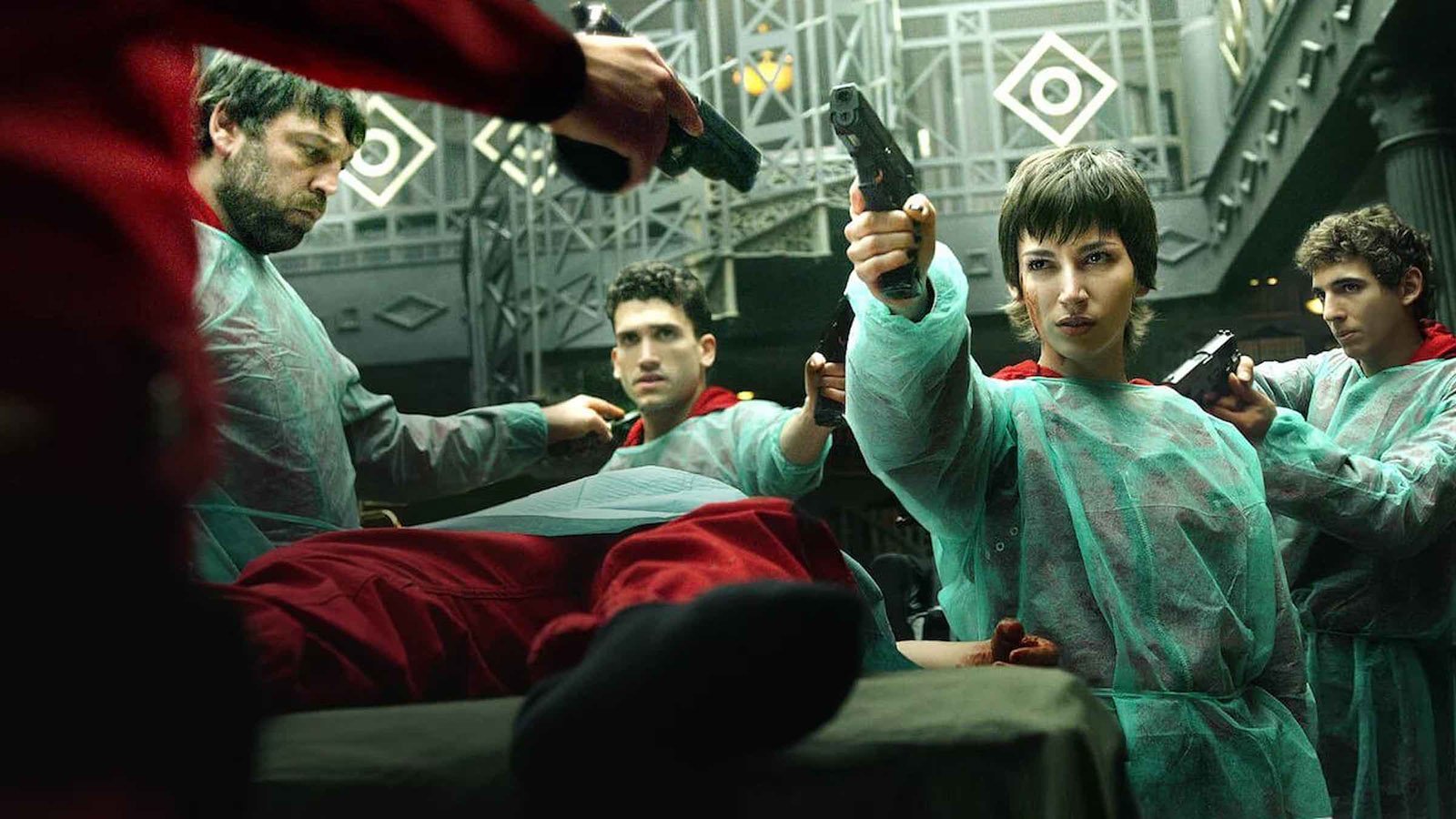 Fans have speculated about this scene, claiming it foreshadows the final deaths. However, there’s another scene that could be hinting at who will die next.

In a different scene in Money Heist, we see the gang playing a soccer match. The teams are divided by the green & red colors of their shirts. Nairobi is in the same team as Bogotá, Palermo, and Marseilles. Some fans theorize about how the defeat of the green team could be a metaphor about their members not making it to the end. 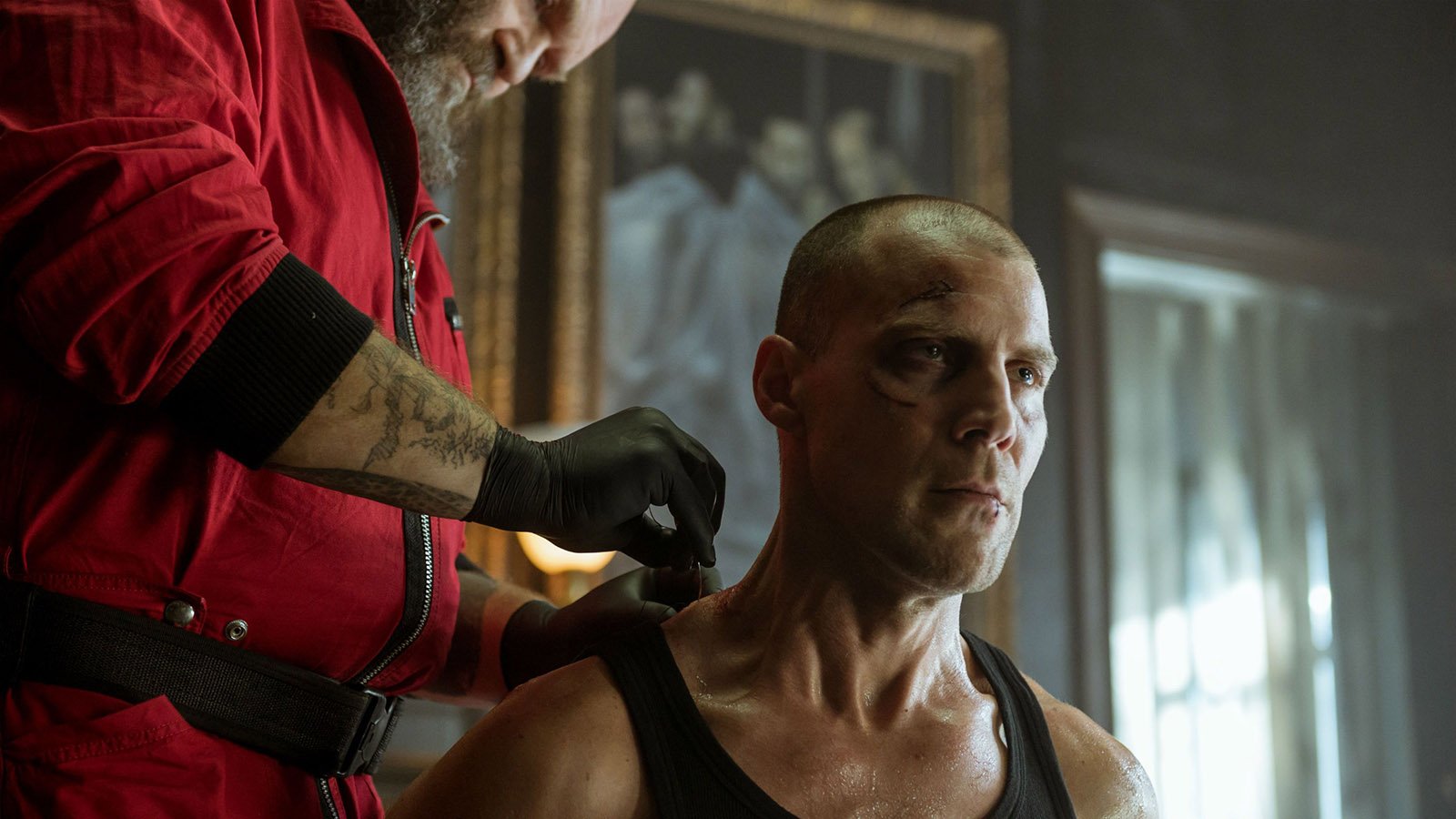 Is Tatiana going to appear in Money Heist season 5?

Fans have also speculated about Tatiana’s role in the heist. Money Heist’s wedding scenes are, firstly, a way to contrast how the Professor changed his mind about having a partner involved in the heist. However, both Berlin & Tatiana admit she has collaborated in robberies with Berlin before.

Since she’s already familiar with the heist, fans suspect Tatiana might be involved somehow in season 5. What’s left to discover is if she’ll be helping the cops – or the Dalís. 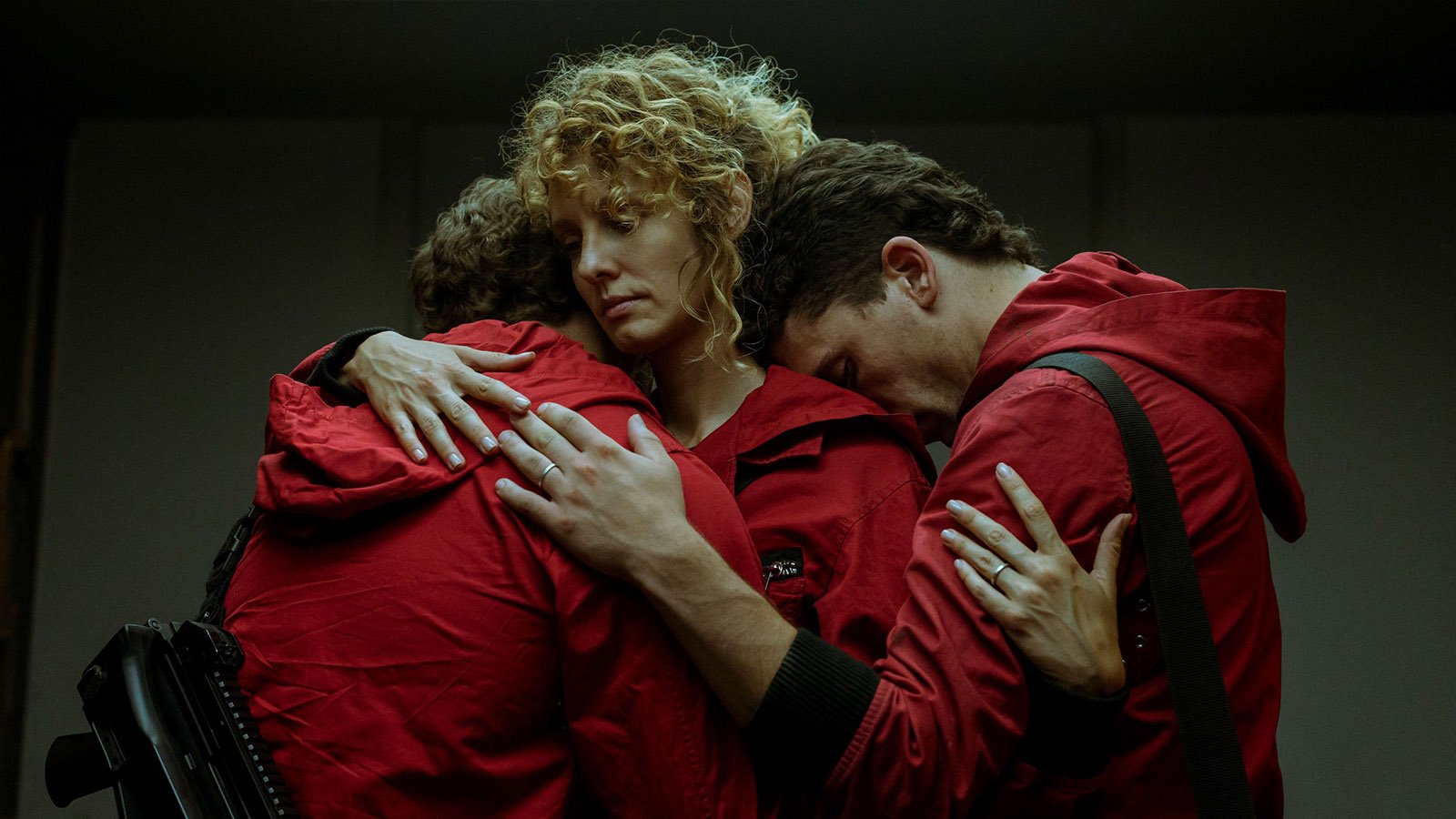 What will Alicia Sierra do?

Others postulate Alicia will collaborate with the Professor, precisely because she already lost her career – or because the Professor ends up helping her deliver her baby (as she could go into labor at any moment!). 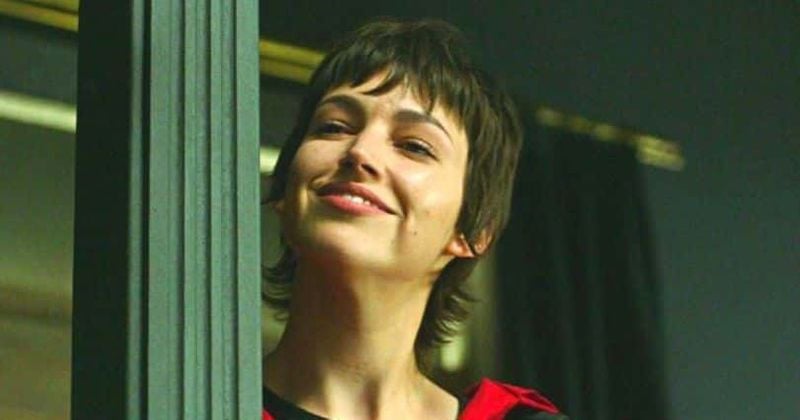 To whom is Tokyo recounting her story, anyways?

There’s another important aspect of Money Heist which needs to be solved in season 5. We still need to figure out who Tokyo is talking to! So far, there are four hypotheses.

In the first two theories, Tokyo is talking to a child. This could be either Alicia’s baby or Axel (Nairobi’s kid). Or perhaps Tokyo is recounting her story to a judge, either because she’s under arrest and confessing,  or as a part of the Paris plan (stalling with a detailed confession so she can be rescued by the rest of the team). Finally, fans suspect Tokyo might be telling the story as the sole survivor.

We still have a lot to figure out. One thing’s for sure: with so many open threads left, the last season of Money Heist will be a shocker for all of us fans.