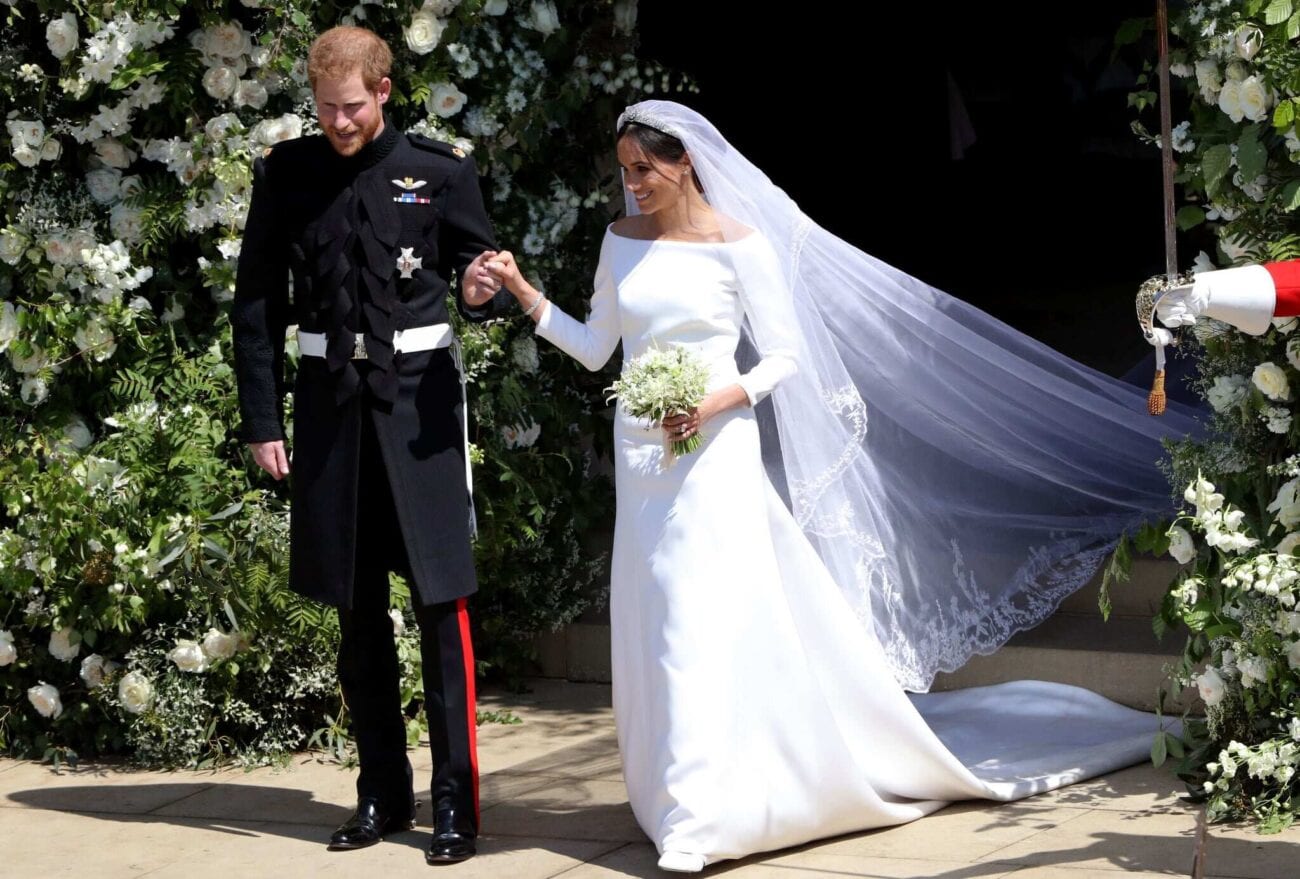 Fit for a princess: Who actually paid for Meghan Markle’s wedding dress?

Royal weddings are always a memorable affair – largely because they’re highly publicized, beautifully extravagant, and insanely expensive. Perhaps one of the hottest topics of a royal wedding is, of course, the dress.

Meghan Markle’s stunning dress was very memorable during her 2018 wedding to Prince Harry. It stood apart from all the royal wedding dresses we can remember and dazzled us with its simplicity & poise.

While it’s easy to marvel at the glamor, take a moment to marvel at the tremendous expenses. Markle’s wedding attire had a staggeringly high price tag, but who paid for it? How much can one wedding burn through the royal wallet? Take a sip of this tea, and be prepared to do a spit-take because these wedding expenses are absurdly high. 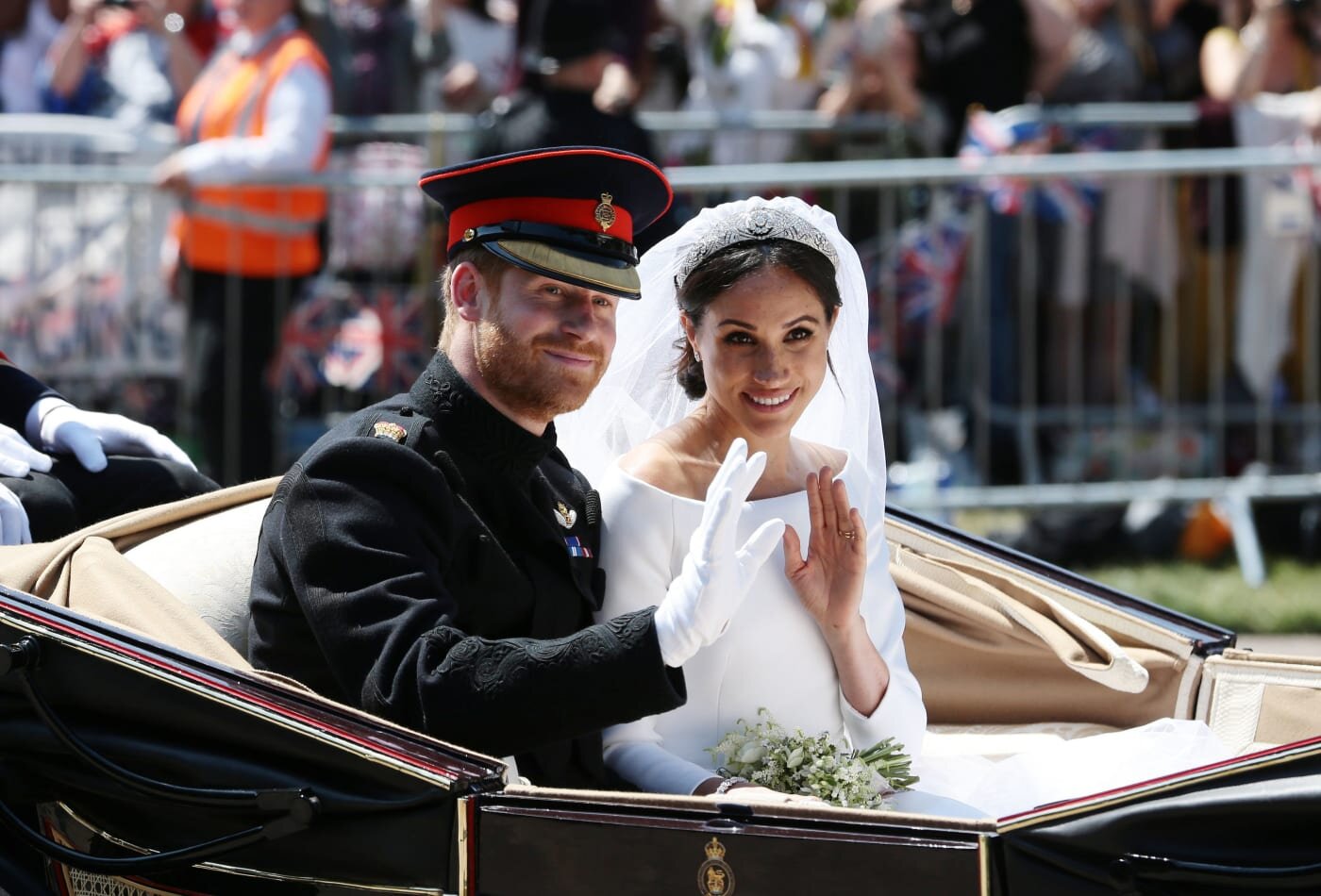 Meghan Markle & Prince Harry’s wedding totaled about $42.8 million. In comparison, Prince William & Kate Middleton’s wedding came to $34 million. Before you freak out, know that 94% of that jaw-dropping figure comes from security expenses. To keep the royals safe, they had snipers, undercover police, and a counter-UAV system coming to $40 million.

Still, taking this into account the rest of the wedding including the ceremony & reception still totaled $2.7 million which is 73 times the cost of an average UK wedding according to CNBC. Food & beverage along with flowers and a glass marquee made the wedding very pricey.

Who foots the bill? The royal family announced they’re covering “core aspects of the wedding” such as the “church service, the associated music, flowers, decorations, and the reception afterwards.” The security costs, however, will largely be paid for by taxpayers. 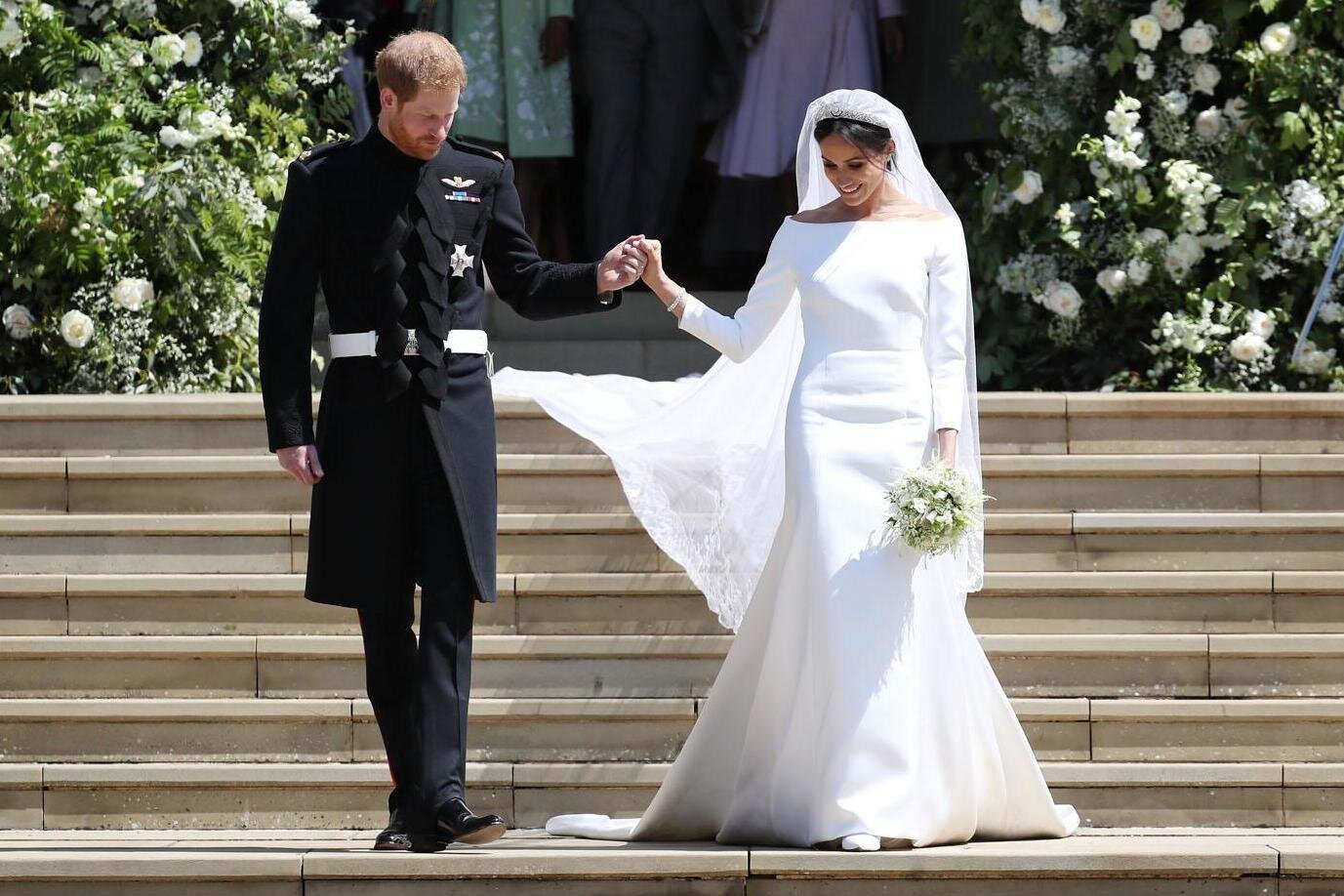 How much did Meghan Markle’s dress cost? According to Vanity Fair, Markle’s wedding attire came close to $236,000. How the heck could a dress be so pricey? Let’s look at the bill in detail.

Markle’s custom dress was designed by British fashion artist Clare Waight Keller, director of fashion house Givenchy. Markle explained how she was drawn to the gown for its “elegant aesthetic” and “relaxed demeanor.” Keller stated that the dress was meant to “convey modernity through sleek lines and sharp cuts”. 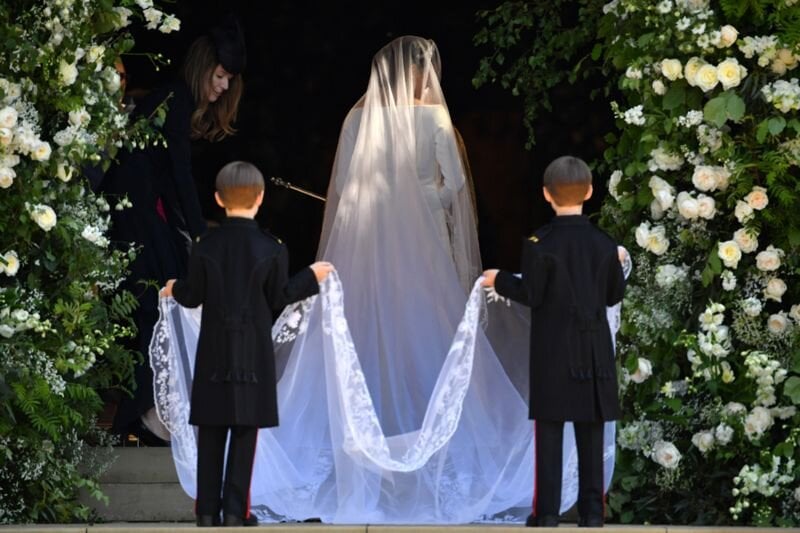 The tiara Markle wore to hold the veil in place was Queen Mary’s diamond bandeau tiara loaned to her by the Queen. The tiara is adorned with ten brilliant diamonds and made up of platinum. 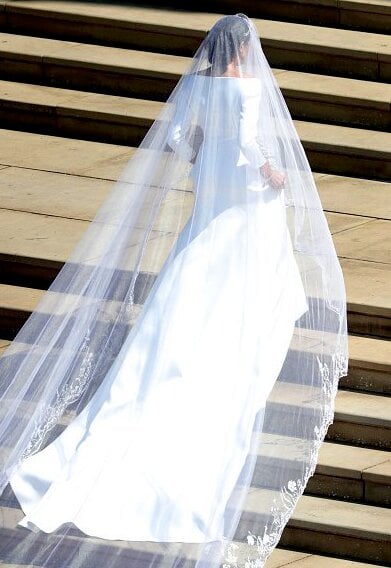 This is the big question – who forked over the six-figure expense of the wedding dress? In 2011, Kate Middleton paid for her Alexander McQueen gown from her own pocket, which came to $434,000. Thus it was expected that Meghan Markle would pay for her own dress.

Author of Harry, Life, Loss and Love, Katie Nicholl, said: “My sources tell me that Meghan wants to make a contribution to the wedding. She’s a feminist and a wealthy and independent woman and the fact is that pretty much all of the wedding cost are being picked up by the royal family.”

Rumors say that Markle may not have ended up paying in full for her own wedding dress, perhaps being helped by her family or used the royal budget to help. However, since these rumors are unconfirmed, it’s likely Markle did pay for the dress herself. 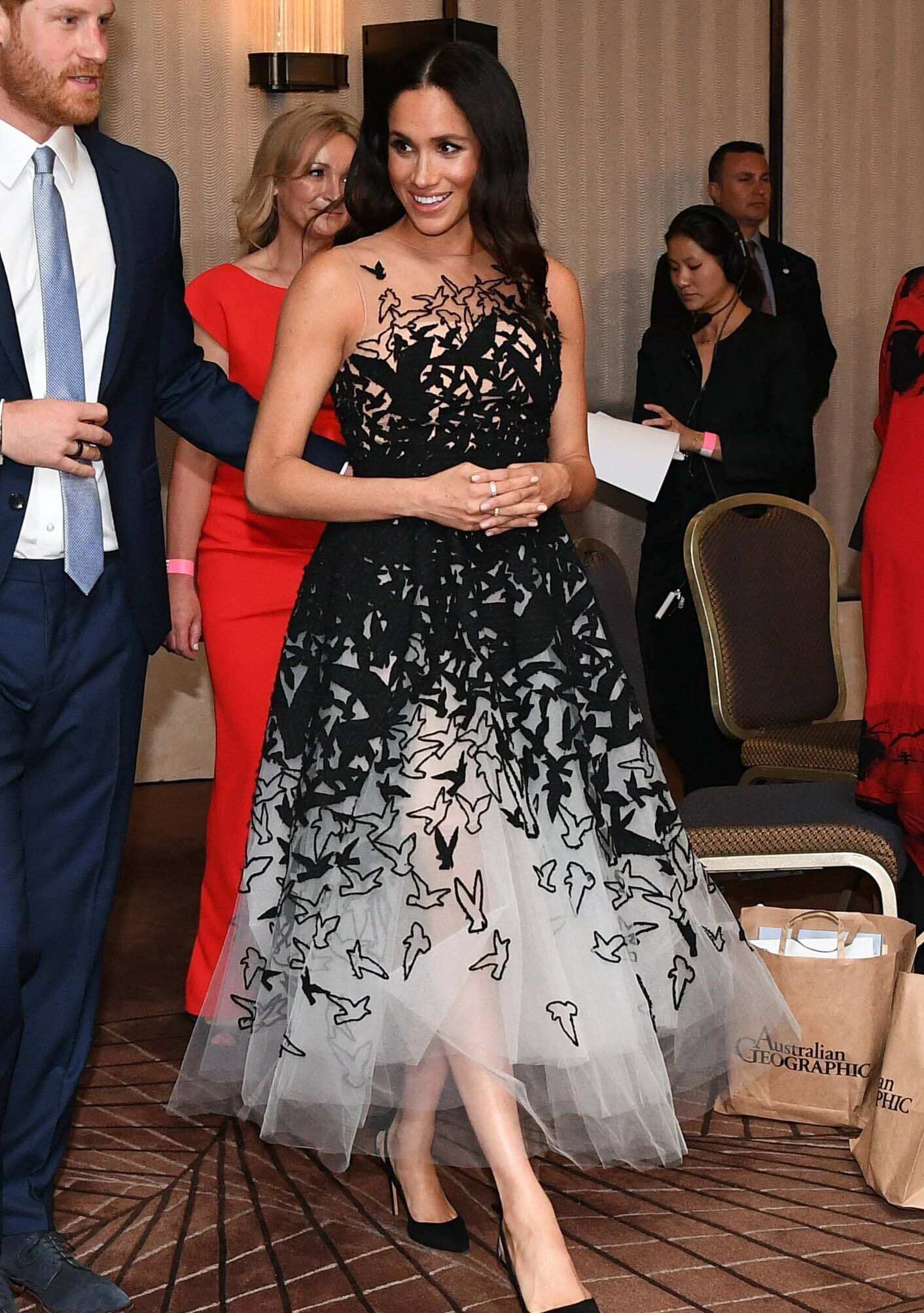 As a successful Hollywood actress, Meghan Markle certainly has the means to fund her expensive wedding dress. Her estimated net worth is around $5 million.

Markle consistently wears high-end designer brands to show off wealth and her sense of style. (Even after Megxit, she’s kept up her regal appearance.)

The gorgeous bird dress pictured above cost over $12,000 paired with $750 pumps. So yeah, Markle has a budget to fund her royal game of dress-up.

Do you think UK tax dollars are well spent on royal affairs? Let us know in the comments.