Was Mark Hamill *actually* in ‘The Mandalorian’ episode 8?

The Mandalorian season 2 may have left fans wanting more in the beginning, but they definitely delivered as the season progressed. Not only is the story rewarding for fans of the show, Star Wars fans are being treated to references they never expected. From Ahsoka Tano to Boba Fett, the cameos are wonderful.

But when The Mandalorian episode 8 premiered, fans were not expecting Luke Skywalker to show up slashing his way towards Mando (Pedro Pascal) and Grogu. Arguably the face of all of Star Wars, this is a huge cameo for show creator Jon Favreau & executive producer Dave Filoni. 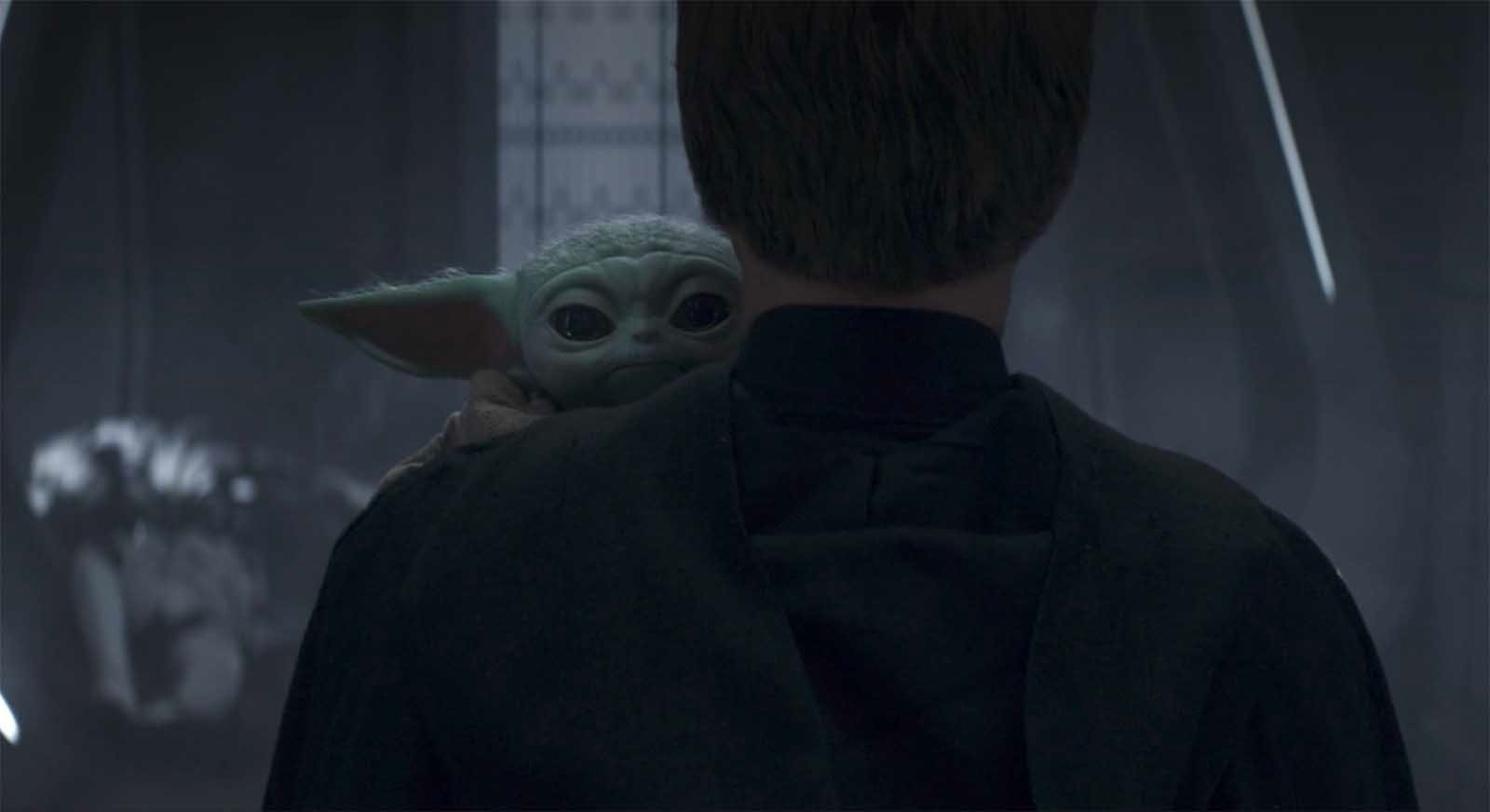 Everything looks bleak for Mando, Grogu, and Cara Dune (Gina Carano) as they find themselves trapped on an Imperial shuttle. Dark Troopers have the three surrounded, and all hope looks lost, until a single X-wing docks onto the ship.

Taking on all the Dark Troopers single-handedly, a Jedi Knight breaks onto the bridge to rescue our heroes. The hood drops, and the music changes to the classic Star Wars theme as the Jedi is revealed to be Luke Skywalker. Cue audible gasps from everyone watching the episode day of release.

Knowing Grogu needs to go with Luke to finish his training, Mando hands the Child over. Grogu is hesitant to go until Mando reassures him it’s okay. The two share a heartfelt goodbye (and we get a beautiful shot of Pedro Pascal without the helmet). Watching with tears in his eyes, Grogu, Luke, and R2-D2 take off in the X-wing. 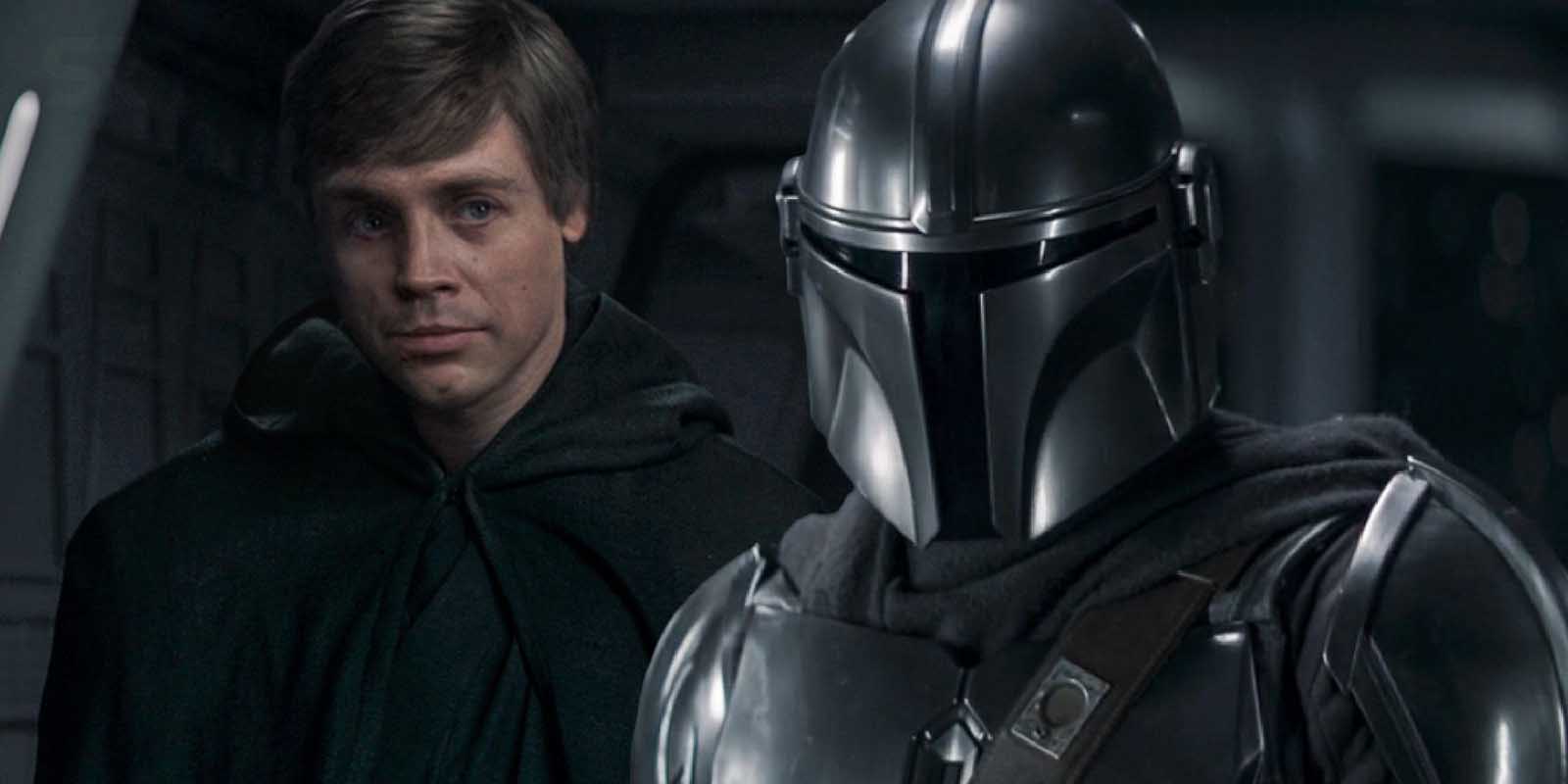 Is it really Mark Hamill??

The main question fans had after watching The Mandalorian season 2, episode 8 is the identity of Luke Skywalker’s actor. In case you didn’t know, Mark Hamill, who played Luke throughout the Star Wars franchise, does not look that young anymore. The de-aged version of Mark Hamill does sound exactly like him.

The voice you hear from Luke Skywalker is in fact Hamill’s, but it has been de-aged by voice cloning startup Respeecher. But on set, a body double named Max Lloyd-Jones portrayed the de-aged Hamill. Nevertheless, the surprise caught many fans off guard the day the episode premiered.

“Sometimes the greatest gifts are the most unexpected and something you never realized you wanted until it was given. #ThankYouJonAndDave” Hamill wrote on Instagram a week after the episode’s premiere.

The fact that we were able to keep my involvement a secret for over a year with no leaks is nothing less than a miracle. A real triumph for spoiler-haters everywhere!#LooseLipsSinkStarships #STFU pic.twitter.com/TOBqlXYyHN

Anyone who is even slightly in the Star Wars fandom knows how hard it is to keep a secret. Nearly every major casting announcement from The Mandalorian season 2 was leaked, with fans quickly figuring out who was playing what characters. So for the surprise of Luke Skywalker’s return to stay secret until The Mandalorian episode 8 debuted is a big deal.

The day after the episode premiered, Hamill tweeted “The fact that we were able to keep my involvement a secret for over a year with no leaks is nothing less than a miracle.” In interviews following the episode’s debut, show creator Jon Favreau echoed Hamill’s sentiment.

“It was very tricky because it’s very hard to keep a secret nowadays, especially with ‘Star Wars,’ because people are so curious about it and there are so many people involved with the process.” Favreau told Good Morning America. On all ends, the creative team behind The Mandalorian season 8 seem glad the secret stayed secret.

Nevertheless, the surprise cameo from Mark Hamill in The Mandalorian episode 8 proves there’s still plenty of room for twists and turns in the Star Wars universe.