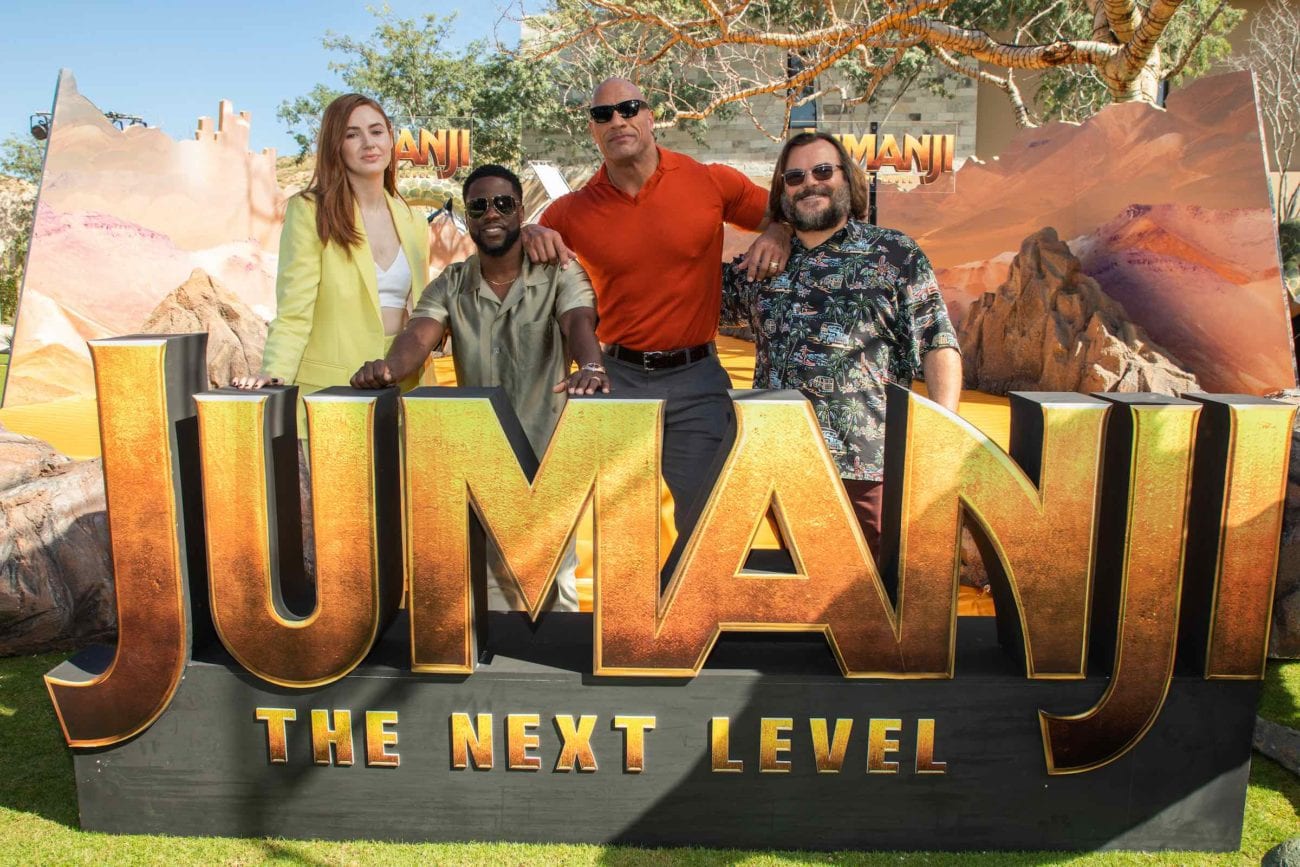 Listening to ‘Jumanji: The Next Level’

A sound editor is really the unsung hero of the movies. Providing the full range of sound for a film, the sound editor brings the story together in a cohesive and poignant way. We had the opportunity to learn all the details about the profession from one of the best, Joel Shryack. Joel Shryack was a Supervising Sound Editor on Jumanji: The Next Level, as well as the first Jumanji: Welcome to the Jungle. 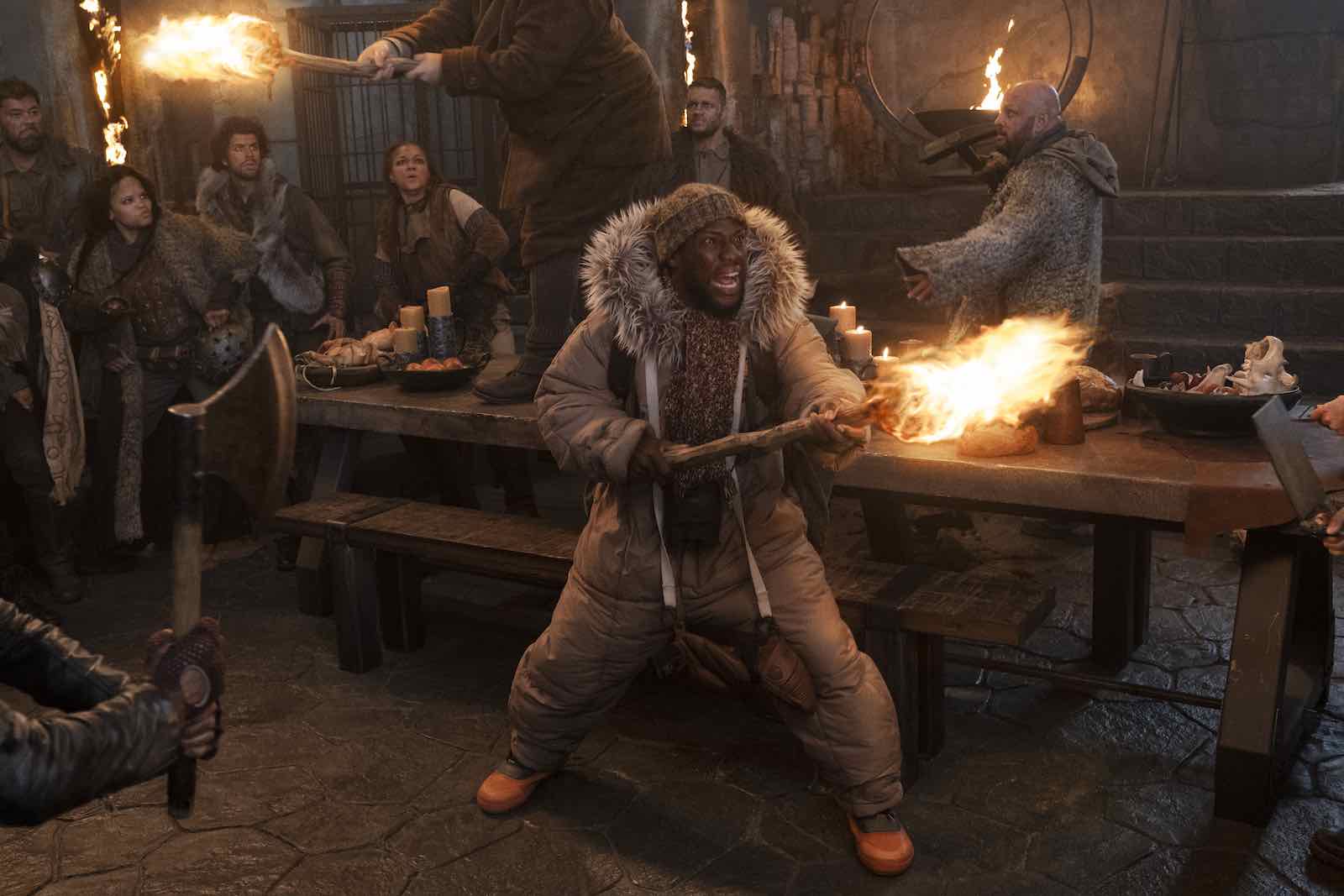 Sound in the Jumanji universe

The world of Jumanji is completely fictional and not set in any time period. This made sound an especially important piece of the story. As a Supervising Sound Editor for the Jumanji movies, Joel Shryack had more freedom than usual. The sound of Jumanji could be modern, fictional, and exceptionally heightened – a sound editor’s dream.

Jumanji was a sound playground for Joel and his co-Supervising Sound Editor Julian Slater. As the sound team received footage containing visual effects, they explored the sounds they would use in the film, with endless possibilities. Utilizing multiple fictional landscapes like jungles, deserts, mountains, and multilingual villages as well as animal hybrids and robust vehicles, Jumanji: The Next Level was a dream project for Joel.

Fans of the Jumanji franchise can stay up to date on all things, Jumanji: The Next Level through social media, using the handle @JumanjiMovie on Facebook, Twitter, and Instagram, or the hashtag, #JUMANJI. 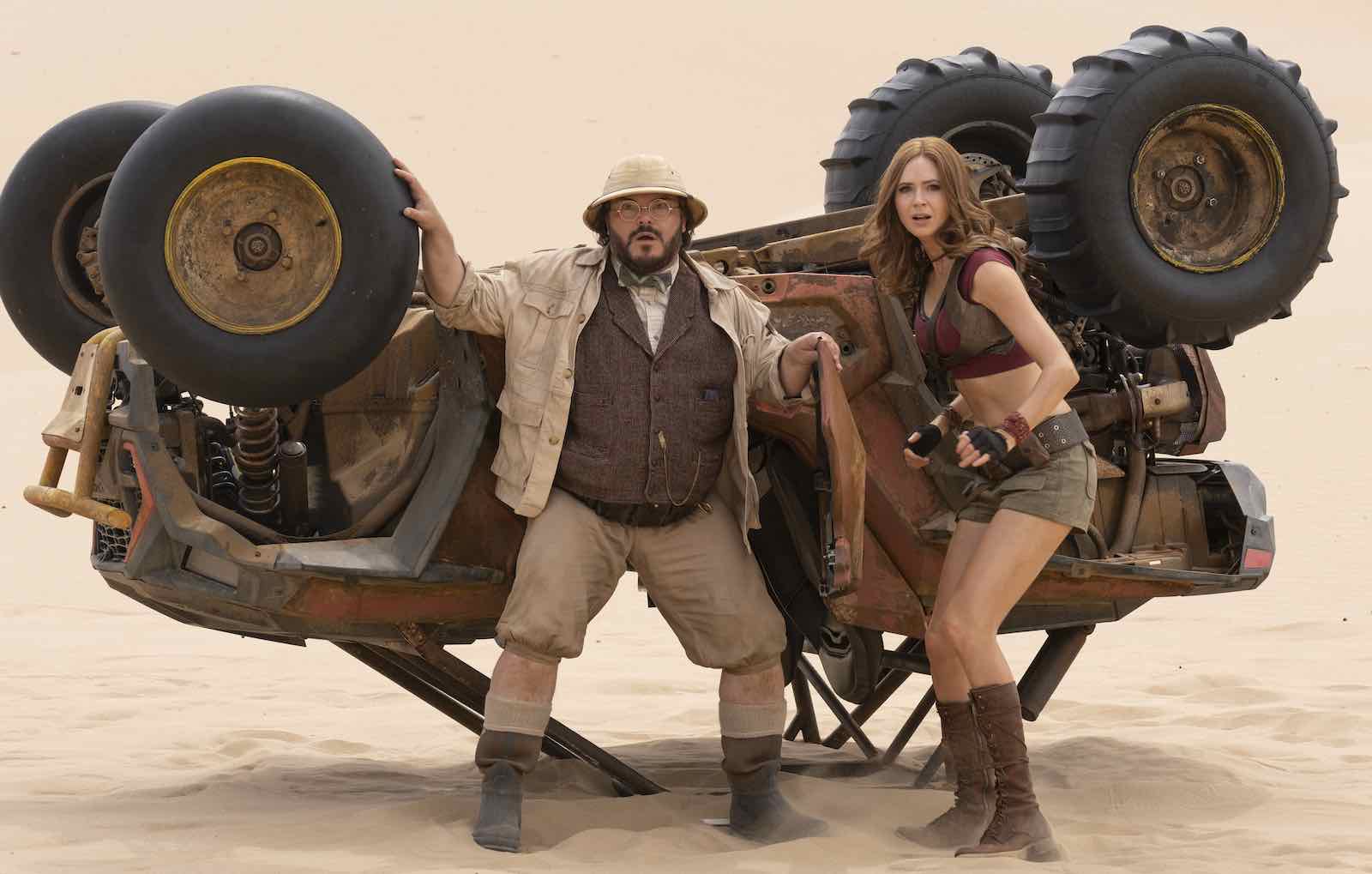 Joel Shryack and Director Jake Kasdan (Jumanji: The Next Level, and Jumanji: Welcome to the Jungle) have worked together on almost all of Jake Kasden’s projects since the early 90s. In fact, Joel’s work with the Kasden family predates Jake’s career and began with Jake’s father, legendary writer and director Lawrence Kasdan (The Empire Strikes Back, Raiders of the Lost Ark, Return of the Jedi).

Joel’s work has been a part of legendary Hollywood films since the 80s, and it’s nearly impossible to be a movie buff who hasn’t seen a film featuring Joel Shryack’s sounds. 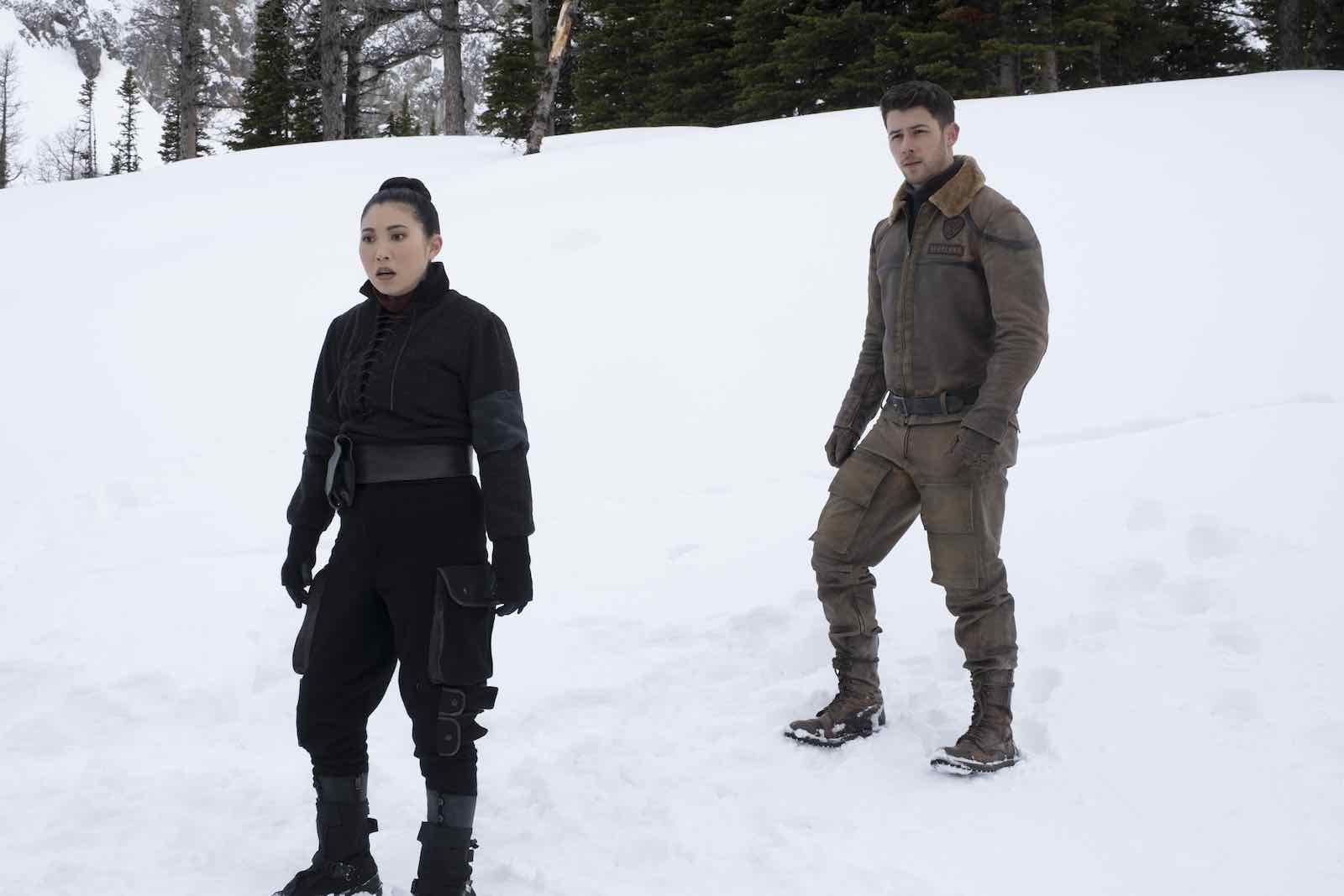 Joel Shryack’s rise to the top of his field

Born and raised near Dallas, Texas, Joel Shryack’s now historic career had a humble beginning. After working his way into the small film market of Dallas as a boom operator, Joel moved to Los Angeles in 1986.

Once in Los Angeles, Joel teamed up with Production Mixer John Pritchett C.A.S, also from Dallas, and the two stayed a team for a number of years. The team’s biggest films of the time were Robert Altman’s The Player and Short Cuts. Additionally, they did production sound on David Mamet’s movies and also the eclectic David Byrne movie, True Stories. 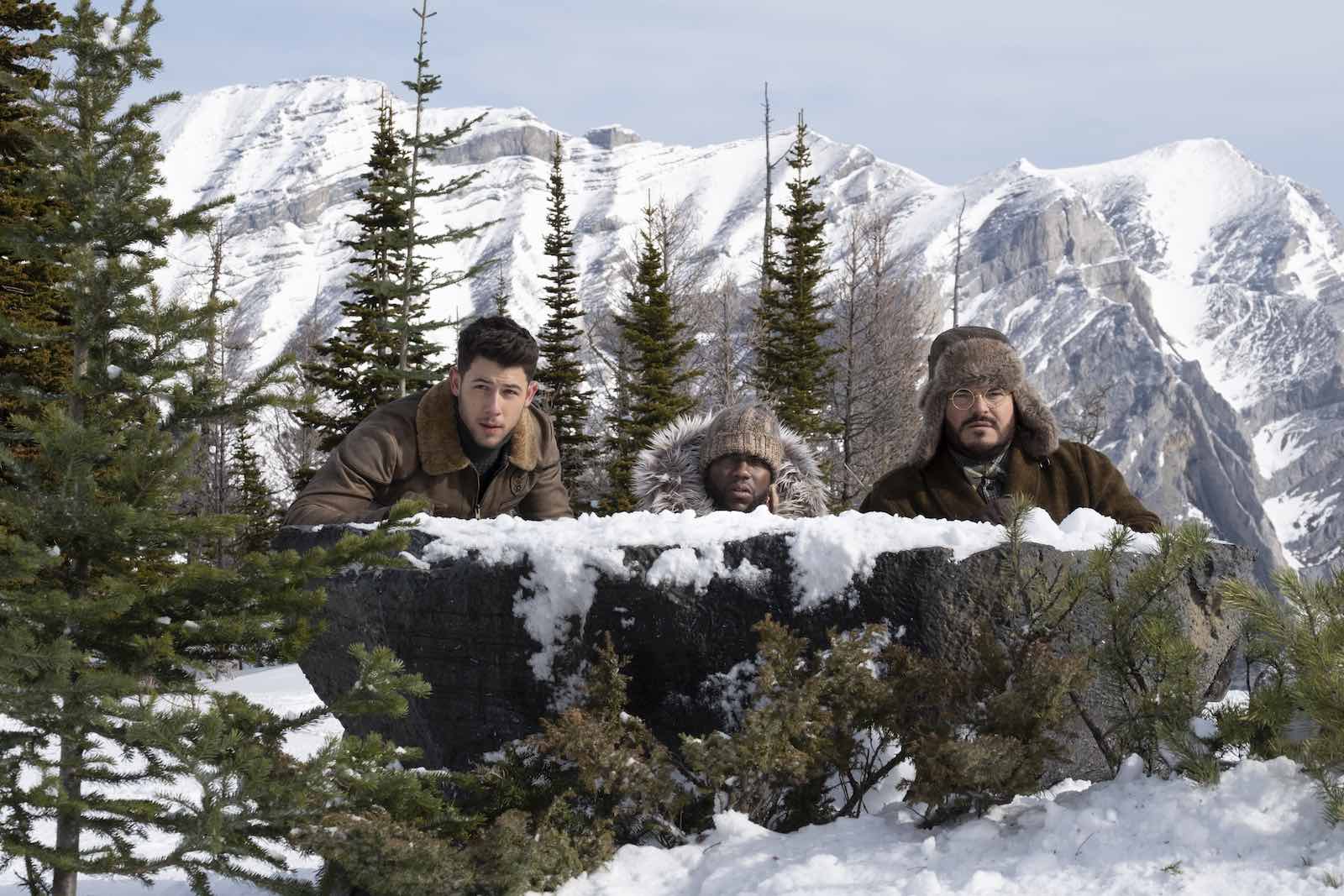 It was during Wyatt Earp that Joel Shryack first met director Lawrence Kasdan, as well as Jake Kasdan, Larry’s son, 18 years old at that time. Joel continued on that project in post-production sound with Supervisor Robert Grieve, which had been an interest of Joel’s since college.

Joel Shryack worked steadily with Robert Grieve through the ’90s and early 2000s, forming Joel’s relationship with Greg King, who had partnered with Grieve then to form Sound Dogs L.A. Joel still works with Greg King at King Soundworks today. 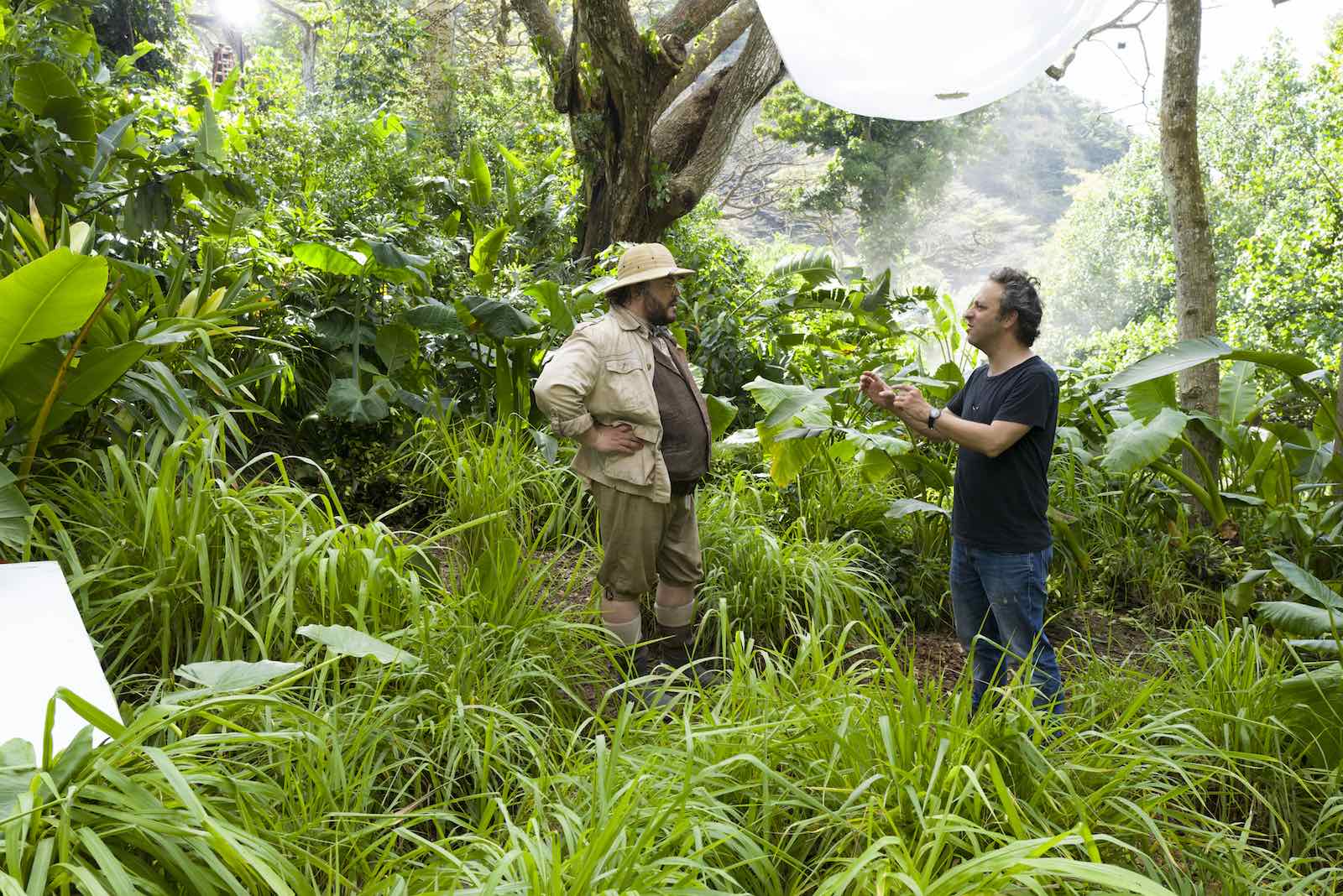 Joel Shryack is generous with his knowledge

To this day Joel Shryack still occasionally goes out and boom operates for a day or so, to stay in touch with the production sound people. Joel also gives talks to a group of L.A. production sound folks, to bridge the gap between their jobs and his. As one of the very few people in Los Angeles who have extensive experience in production sound, and post-production sound.

Joel is an invaluable bank of knowledge that he’s happy to share with those beginning their careers. Film Daily took advantage of his generosity, and he rose to the occasion. Answering our flurry of questions on all things sound. 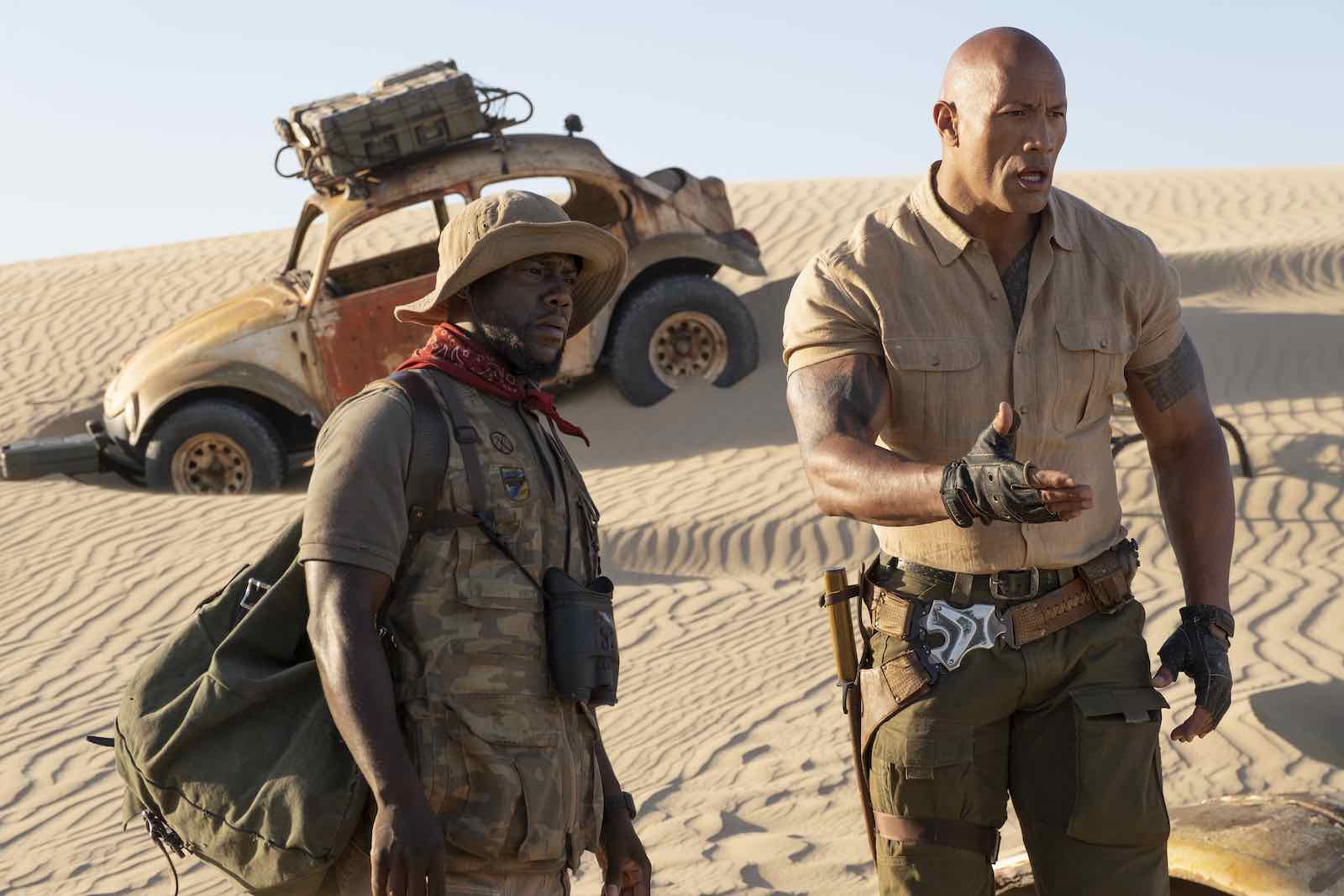 Tell us about your creative history? How did you start your journey?

My English department in High School offered a 9-week course in American Cinema, which I really loved and helped me to choose a Film Degree at the University of Texas. I certainly was a film buff already. I have always loved the arts, definitely the performing arts, so I think it was a natural choice for me.

My influences on sound work were Robert Grieve and then Greg King. Robert was a keen Supervising Sound Editor who I began with, who always found opportunities for a nuanced sound to put in a soundtrack. He had a sixth sense for finding ways to exploit a moment. Later, Greg King had an engineer’s sense of getting really good recordings, that you would get yourself, so you would have that perfect level of detail needed. Homemade Sound Effects!

Filmmakers were Robert Altman, for his realism; Peter Berg, for his sense of heightened dramatic impact. Luc Besson and Quentin Tarantino for their inventive sense of artistic license, and we mustn’t forget Randy Thom, of Skywalker, and his thorough inventiveness we’ve enjoyed over the years. 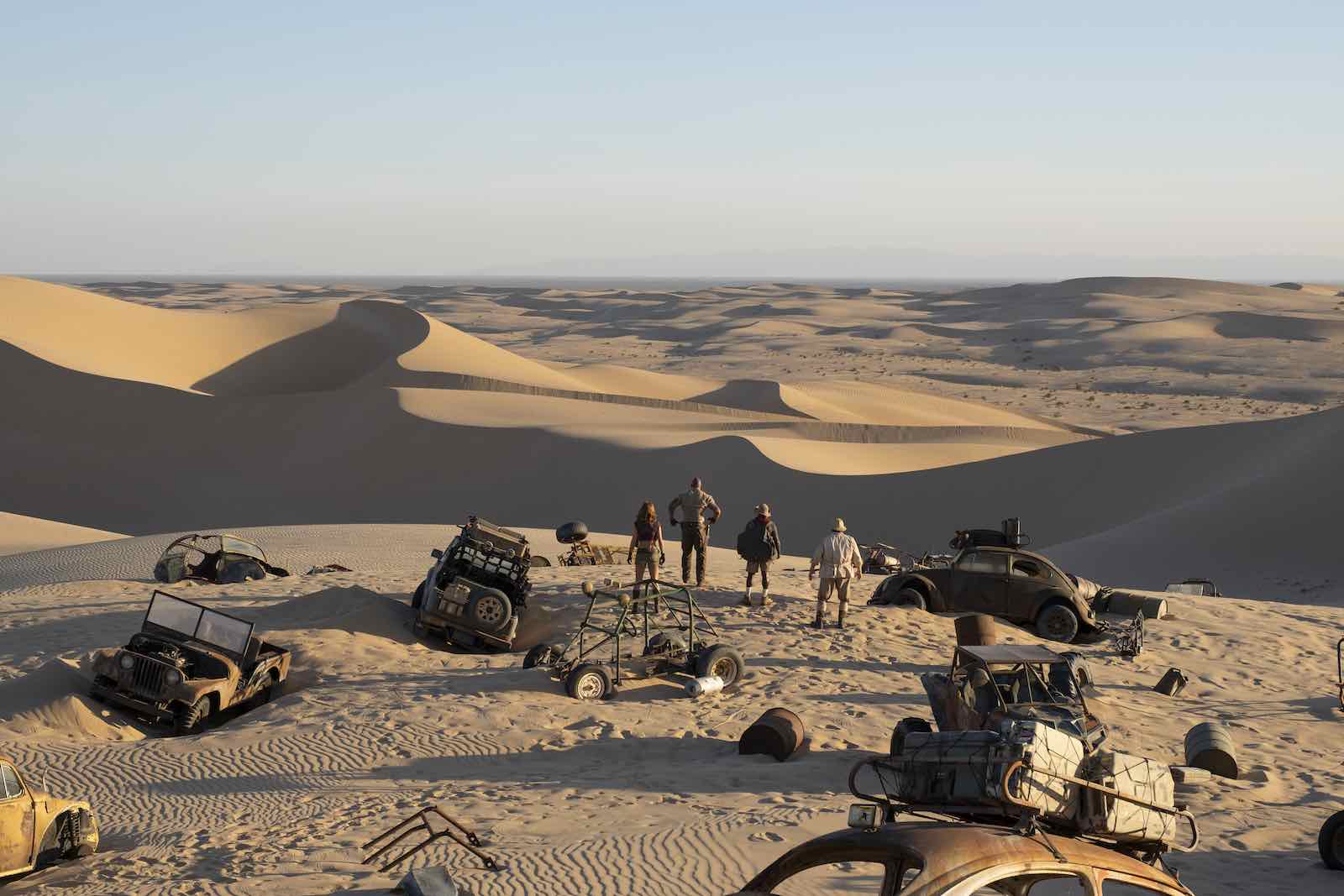 I must admit I watch shows for the story, and enjoyment, not so much for sound work but here goes:

The Orville (Fun and Sci-Fi, plus I worked on Season 2)

Looking forward to Away, a Sci-fi film starring Hillary Swank

Once Upon A Time In The West 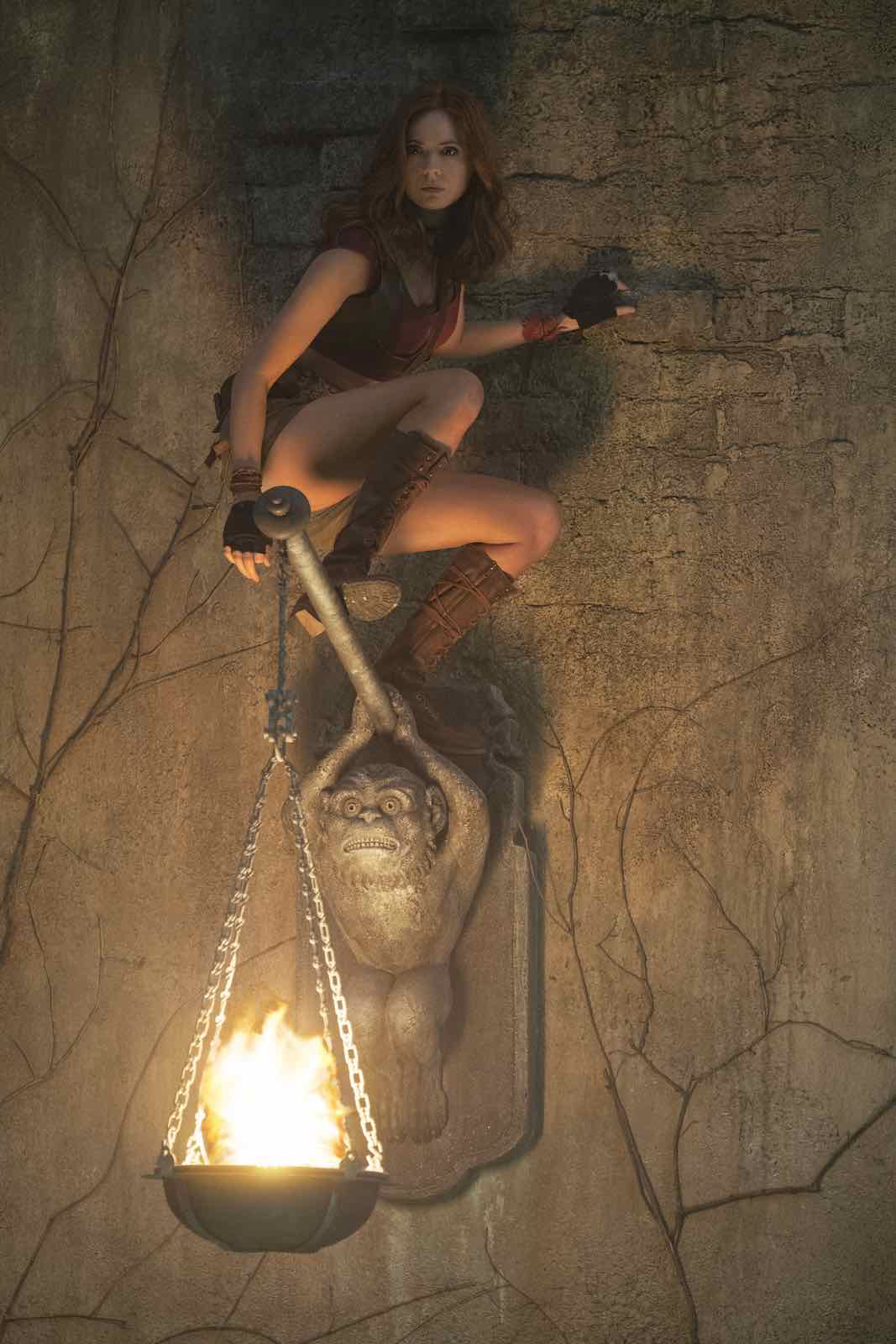 How was working on Jumanji: The Next Level? What did you learn from the experience?

It was a great experience because it embodied consensus building and a team that worked together. The film’s director I’ve known for 26 years, and the crew was largely the same as Jumanji: Welcome to the Jungle. On this one, we really found a group-think that made it easy to get to the core of every decision very quickly and therefore get more good work into the film. This environment can be rare in the movie business.

I didn’t have a different career before film, although I cooked in some restaurants in college, and I still love cooking. In the first half of my career, I did Production Sound, working on the set as a boom operator. I later got into Post, which I had always loved, and so I have a very comprehensive knowledge of sound for movies. 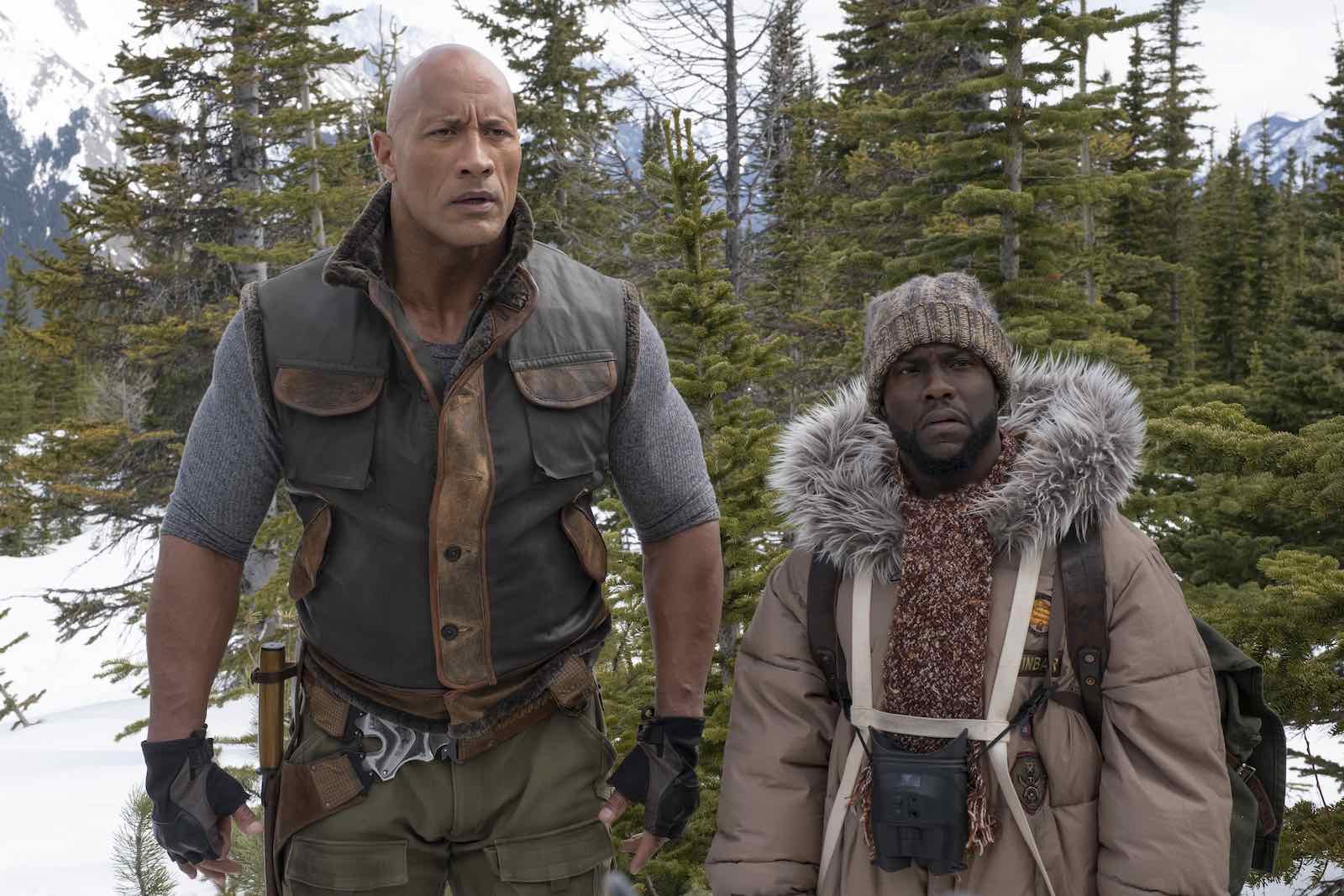 Always support the story, that’s my key approach. Secondly, I like to try to find the essence of a sound, the frequencies or texture that makes something sound interesting or exciting. It’s instinctive, hard to explain what sounds good, I just know it when I hear it.

What tips do you have for new people coming to the filmmaking industry?

For finding work, be persistent. For being good at it, cultivate a love for the entire project and find a way sound can contribute. Watch a lot of movies and be open to ideas.

I love great Visual FX, and of course, they always need great Sound FX, so I guess that goes hand in hand. 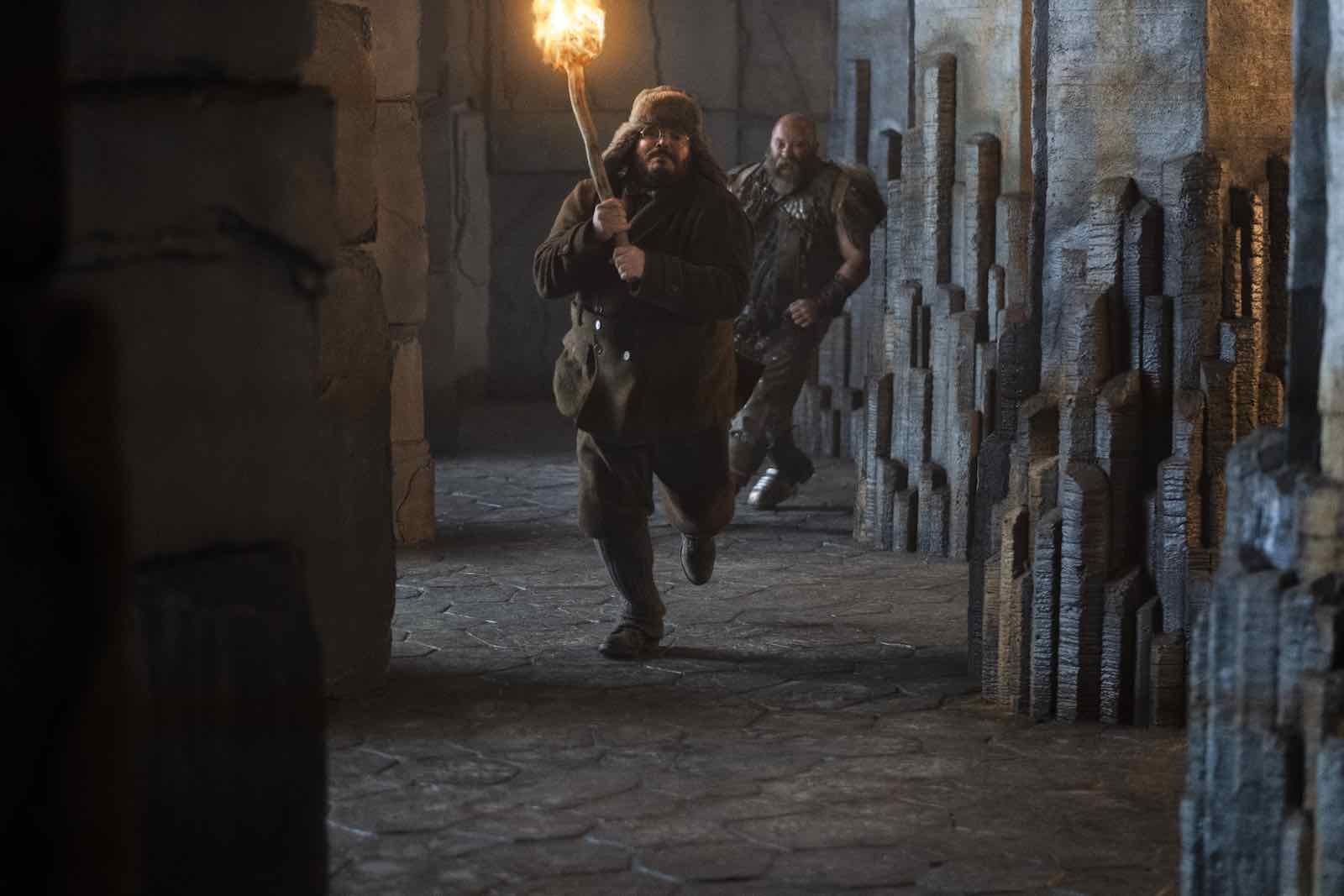 It all comes with time and experience. I like working and managing my crews, or loop group, or actors. I find it interesting to see someone else’s perspective and help catalyze their endeavor. For me, the multiple hats are a plus, but it did take some experience to find that level of comfort.

Once Upon A Time In The West. : ) Truly a beautifully cinematic film, which utilizes every aspect of filming to tell an epic Western myth of a story.

Currently, I am on Books Of Blood, a horror/suspense genre, for Fox.

I have worked with some great filmmakers, starting with Jake and Lawrence Kasdan, Robert Altman, David Mamet, Alex Cox, David Byrne, Spielberg. It can be very difficult to get together with some filmmakers, but usually you have to take a chance on someone when they are new. Keep an eye out, or just contact the person you want to work with, you never know.

I can’t say that I’ve had a failure, I usually do my job, but I have worked on some flops, but sometimes those are the best experiences, even though the audiences don’t show up.

What’s your creative mission? Name the most important thing you want viewers to experience when watching your movies.

My mission is to help tell the story, and if there’s a way for sound to enhance each moment, then I’m on it. That’s all we do. Break down each moment and help the idea of that moment work for the film. Sometimes that requires a special idea for sound. That’s what we live for.

The Jumanji movies have been my best achievement of late. I do have some other bright spots. Friday Night Lights, Hancock, The Player, Things Change, True Stories, and Welcome to Bountiful.

Possibly Tacoma FD. Great comedians, and I always enjoy doing anything they come up with.

I will just continue to do what I have been doing, it’s worked so far.

What indie creatives should be on our radar?

I don’t know of any names to mention, but the next great filmmaker could come from anywhere, it’s hard to tell.

I already Mentioned Once Upon a Time in the West, but I also loved
Brazil, Delicatessen, The Usual Suspects, The Great Escape, It’s A Mad Mad Mad World, Mad Max (original), 2001, Robocop, Walkabout, Round Midnight, Leon, Snatch, The Score. I could go on all day… These movies I watch without thinking about the sound, so that’s something I try to do, make the sound work so well it’s not noticed.

Another tough question, but I personally like jazz, so Terrence Blanchard or Robert Glasper would be cool. Wynton Marsalas just did a beautiful score for Motherless Brooklyn which I highly recommend. 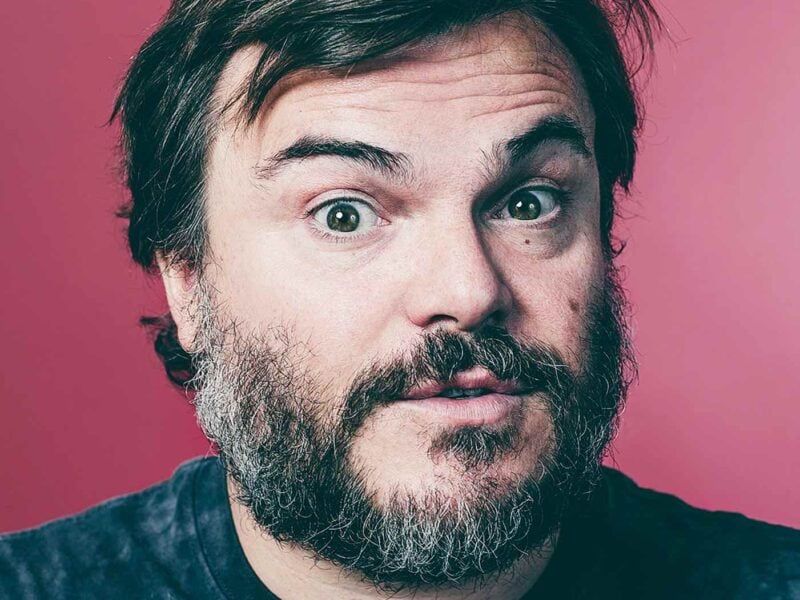 King of comedy: Enjoy all of these iconic Jack Black movies 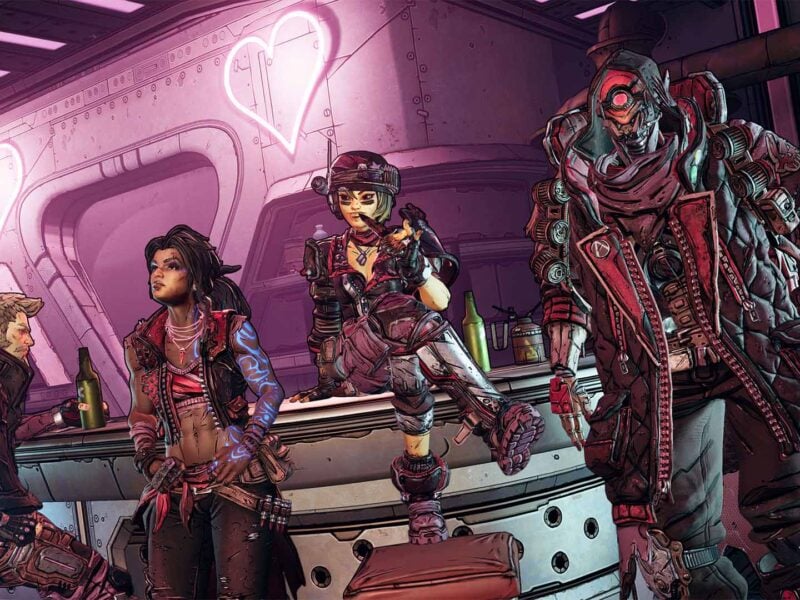 Could the ‘Borderlands’ movie be the first good video game movie? 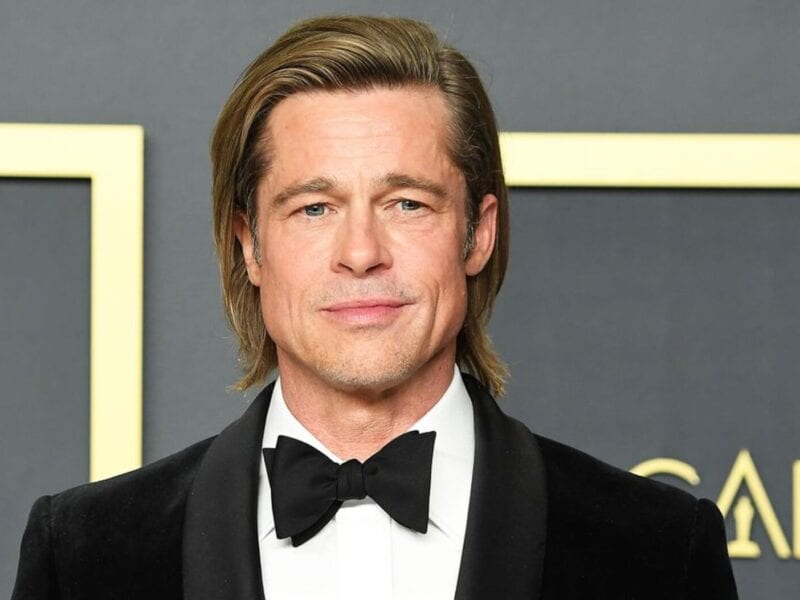