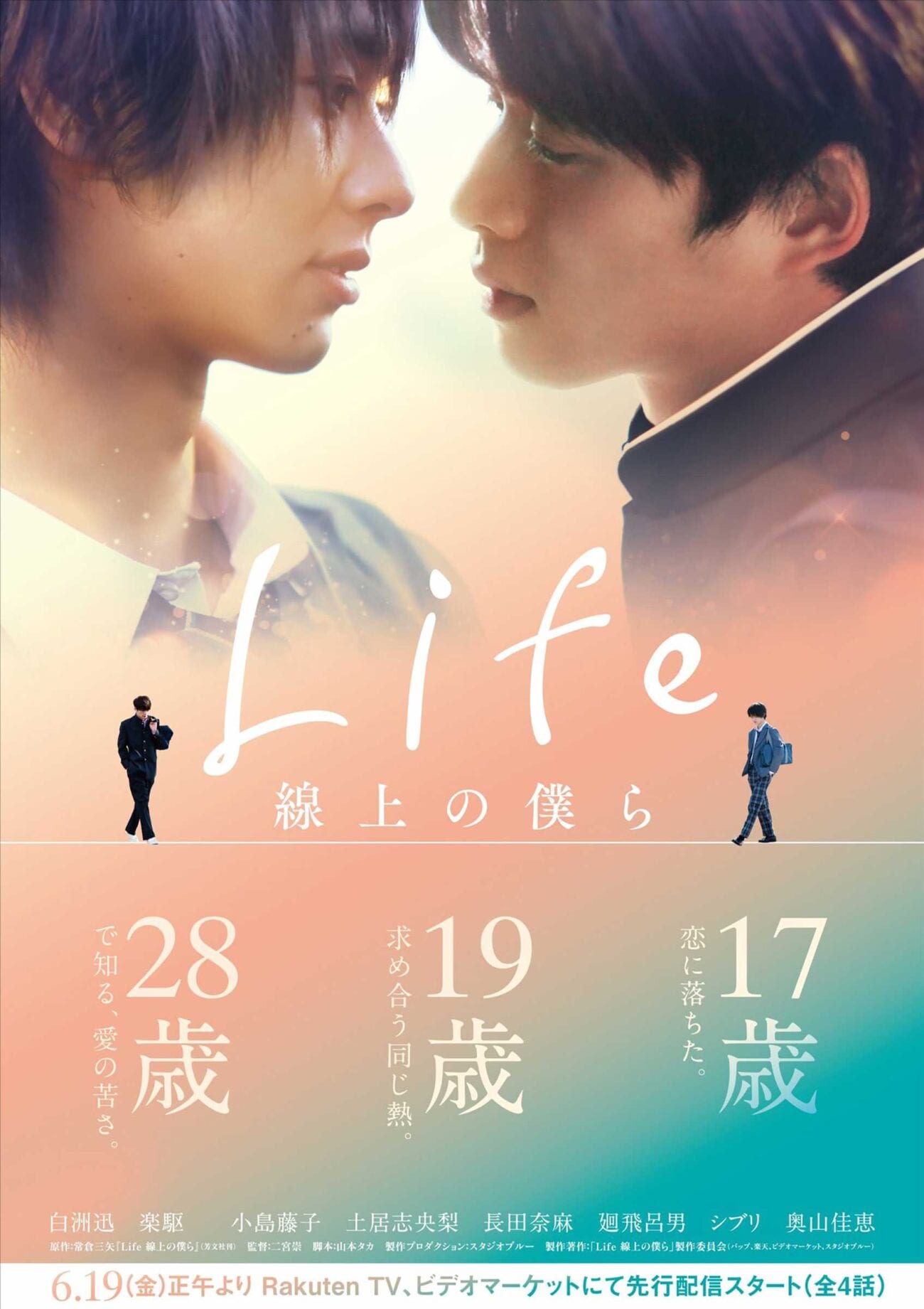 Japan is no stranger to successful Boy Love (BL) productions. In fact, Japan is the country that gave us BL in the first place! It’s no surprise then, that when it was announced that a Japanese production company was going to be flipping the popular manga Life: Senjou no Bokura to the screen, fans were elated.

The show is still currently airing in Japan, and as of right now, only four episodes have been released. However, the internet is absolutely raving about Life-Love on the Line. International audiences are able to tune in to episodes as they drop each week on Viki. Give it a day or two for the subs to be added, if this is a need for you. 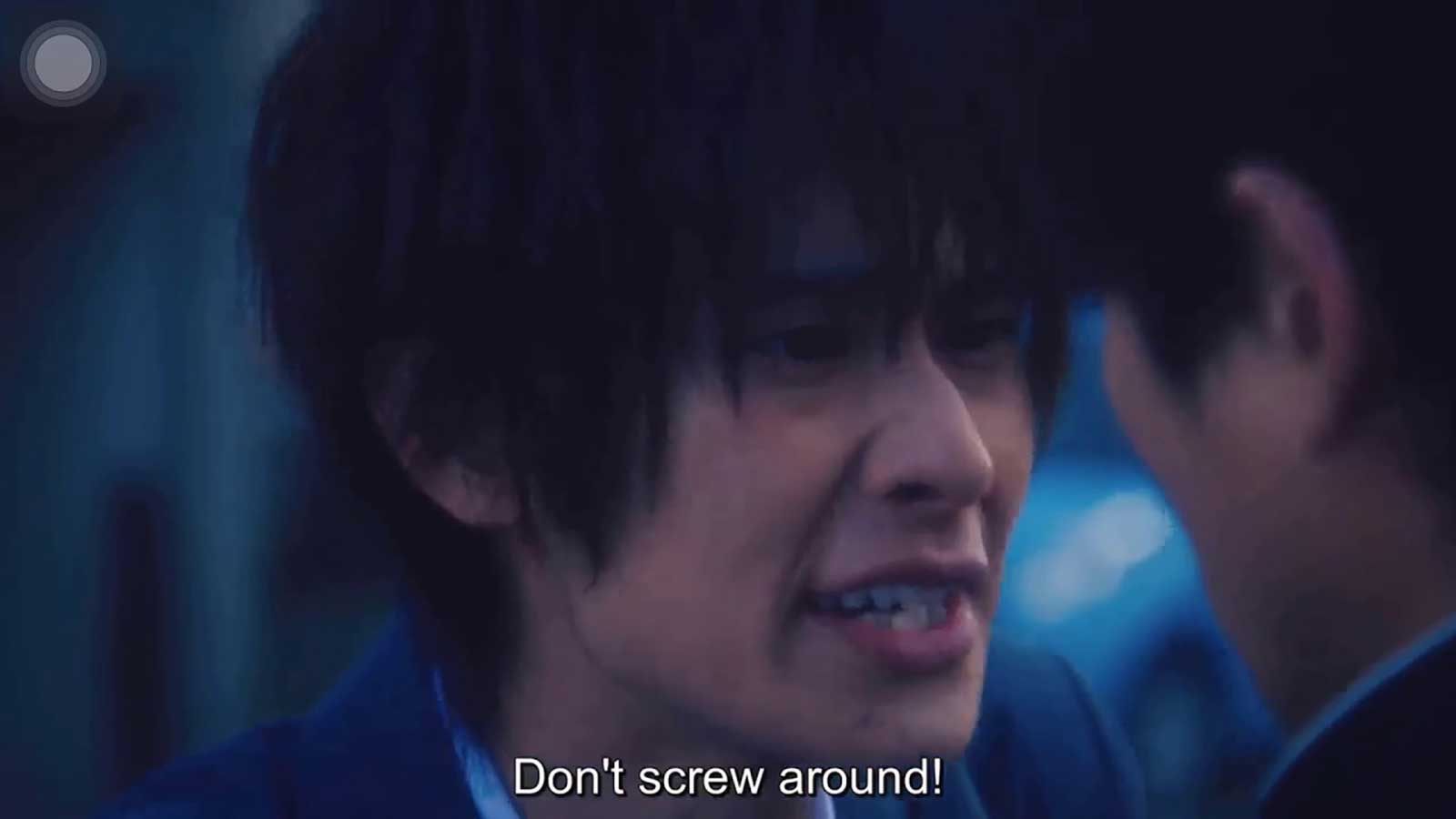 What’s all the fuss about then? We tuned in to take a look, and we are on board! The two lead actors are adorable and their chemistry is on point. Unlike many other BL productions, the production quality of Life-Love on the Line is impressive. It’s clear that Japan cares about, and is proud of, their BL industry.

Here is everything you need to know about Life-Love on the Line. 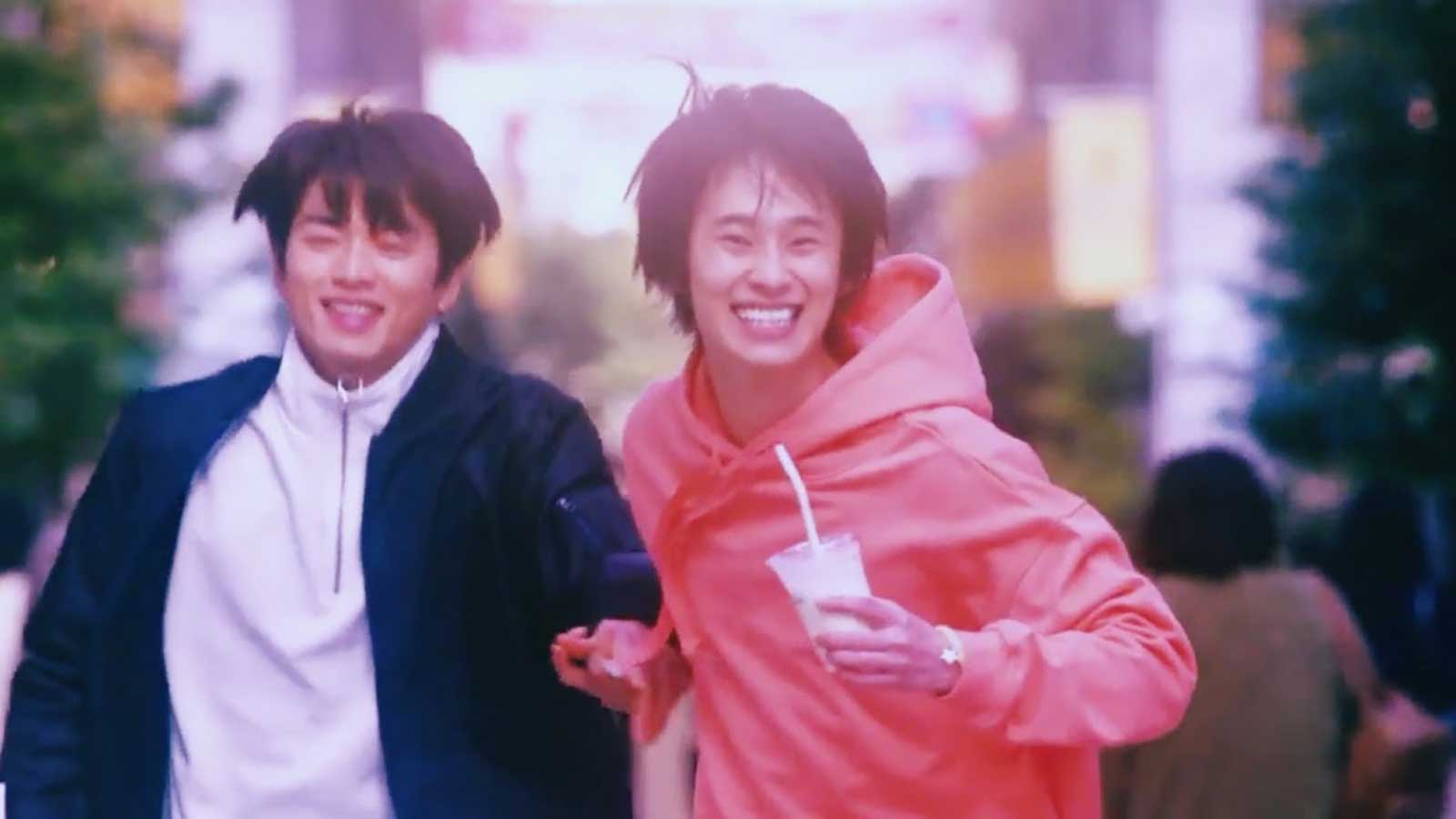 Ito and Nishi meet unexpectedly one day as they’re both walking home from school. They continue to rendezvous at the same place each afternoon on their respective ways home from school. A companionship develops between the two, and the young boys end up falling in love.

While the story begins as an adolescent discovery of love, Life: Senjou no Bokura actually spans a much longer time period. Readers journey with the pair as they navigate high school, college, and then their working lives as they stumble through adulthood.

As their lives around them are constantly changing, the one constant that remains true for these two characters is their love they have for one another. The manga is considered to be an emotional, yet very mature depiction of a gay relationship in Japan. 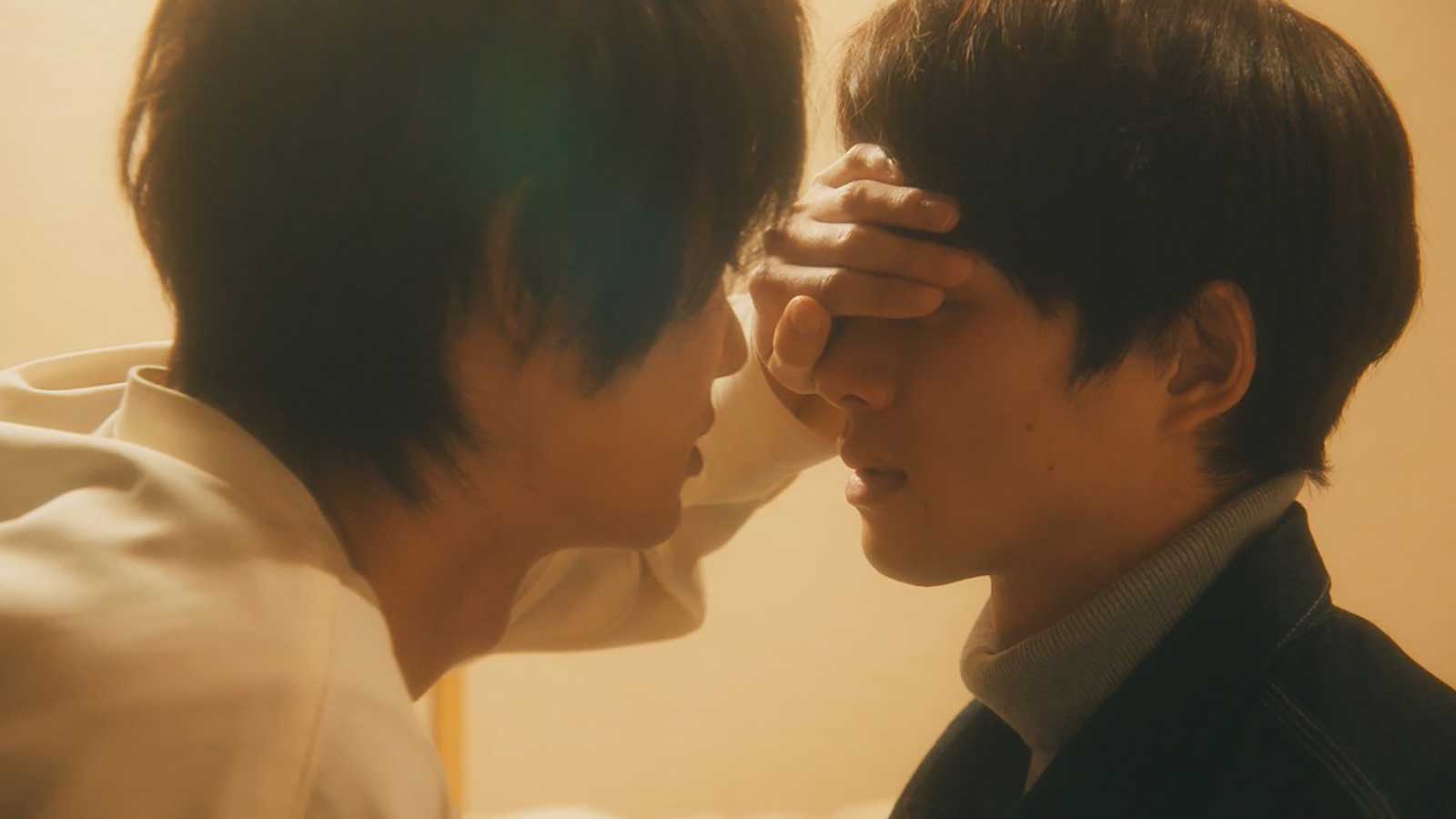 What we love so far

This is not a slow burn! The relationship that develops between Ito (Shirasu Jin) and Nishi (Raiku) unfolds very quickly as the show gets off the ground. The chemistry between the two actors, who are absolutely adorable, is clear from the get-go.

The awkwardness that develops between Ito & Nishi as they begin to realize they have romantic feelings for each other is perfectly reminiscent of first love. The show paces these turn of events well, though, and doesn’t dwell here for too long. 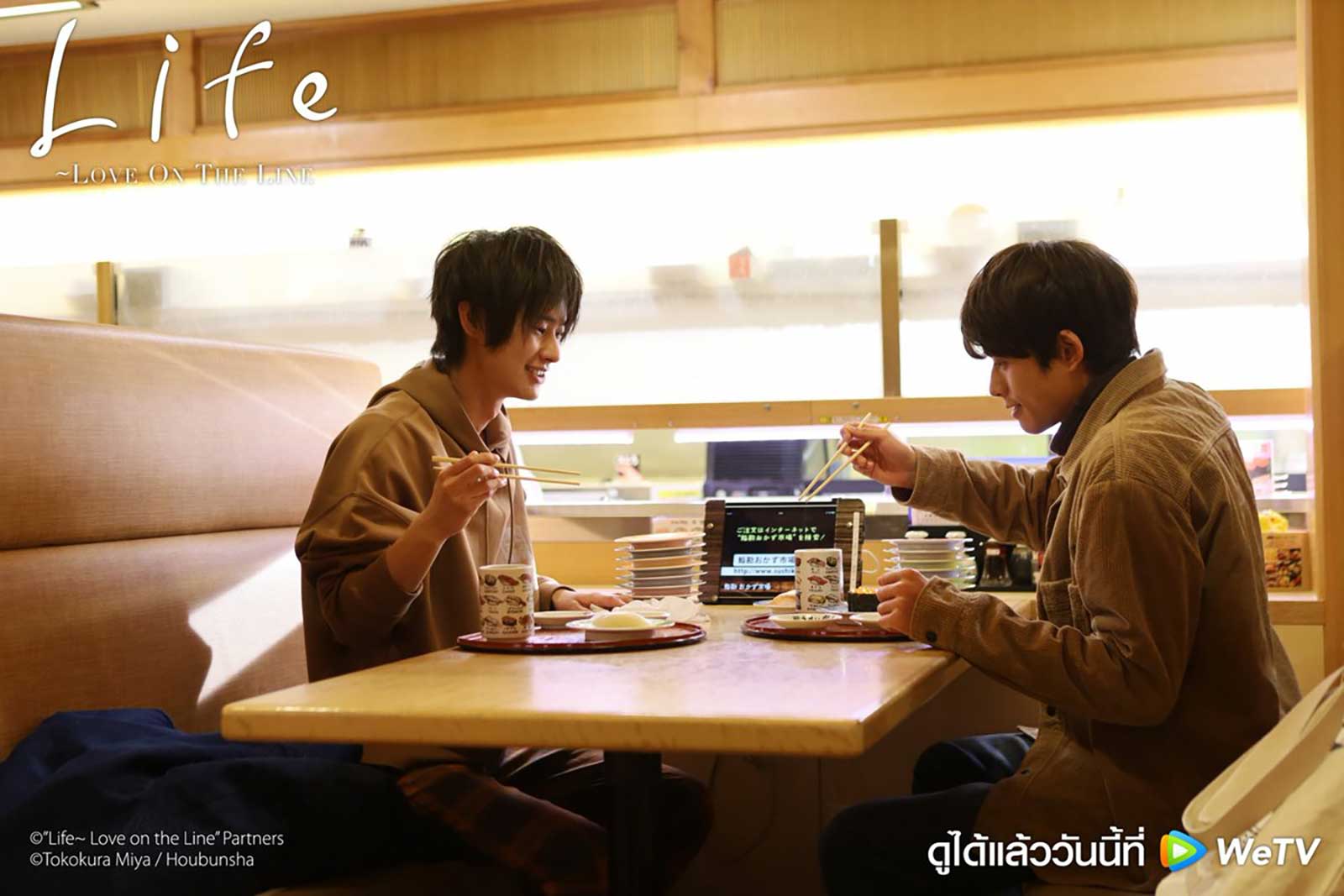 Actually, the pace at which the show moves through the early development of their relationship is a breath of fresh air for the BL world. Their acceptance of each other and the love they share is impressed upon viewers quickly. Life-Love on the Line doesn’t dwell on any internalized homophobia, nor do the characters seem to encounter anything like this from other people either.

Even though the early stages of their relationship is handled quickly, the subtle changes in Ito & Nishi’s personalities as they grow into grown men can be clearly seen on screens. The young, boyish innocence that we see as the first episode begins is replaced by a much more mature, adult aura by the end of episode 3.

We’re very excited to see where this show takes us. Rumor on the street is that so far, the story has remained true to the manga, and tissues will be needed very soon. Watch this space.