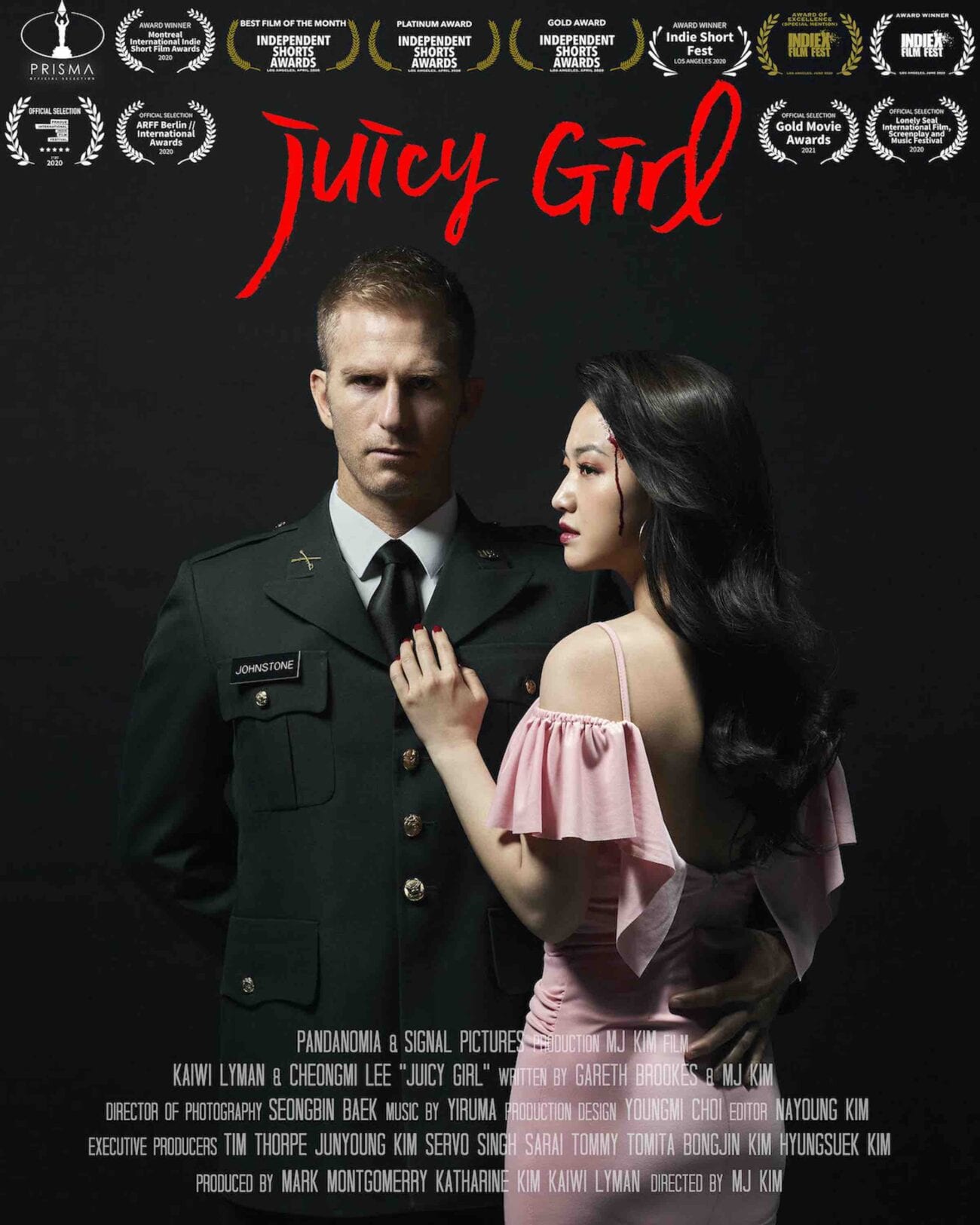 ‘Juicy Girl’ directed by MJ Kim: A film you need to watch

Juicy Girl directed by MJ Kim has recently won the Best Script award at the Montreal Short Film Awards, written by Kim and Gareth Brookes. The film is based on events surrounding the murders of several Korean women which were committed by the US Army since the Korean War in the 1950s. 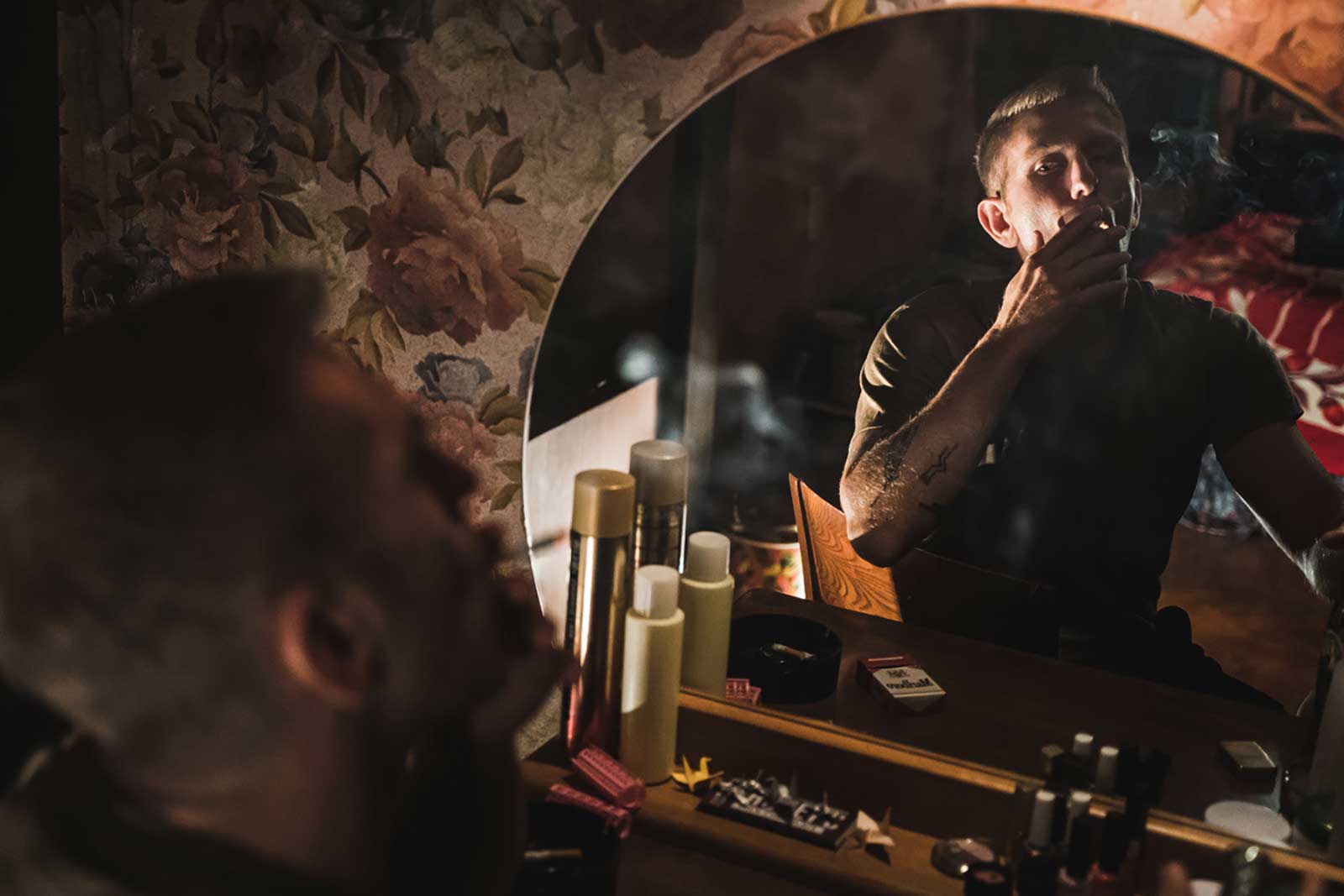 The setting is 1992 in South Korea. Soyoung (Cheongmi Lee), also known as Annie, is a Juicy Girl. A term used by American soldiers stationed in South Korea for local prostitutes. Soyoung is a trafficking victim, snatched by a gang when in her teens and forced into sex slavery. She was sold to a pimp who operates his girls out of a nightclub exclusively reserved for US Army personnel, Soyoung serves their ‘needs’. Her world is confined and tightly controlled, there is no escape. Soyoung’s rare moments of joy come when she befriends a young street seller, Hoon, a ten-year-old boy.

Private Michael Johnstone (Kaiwi Lyman), a US Army Medic, is a loner and shunned by the other G.I.’s. A narcissist and a misogynist, Johnstone is a psychotic landmine waiting to explode. At the nightclub Soyoung is in his sights, seemingly easy prey he can dominate and humiliate. Choosing his time carefully, Johnstone – a master manipulator, romances, and finally picks up Soyoung.

Except Soyoung doesn’t play by his rules, nor is she willing to do as she is told to by Johnstone. He erupts in a frenzy of brutal and grotesque violence. Leaving her dead and disfigured. Johnstone feels no remorse. 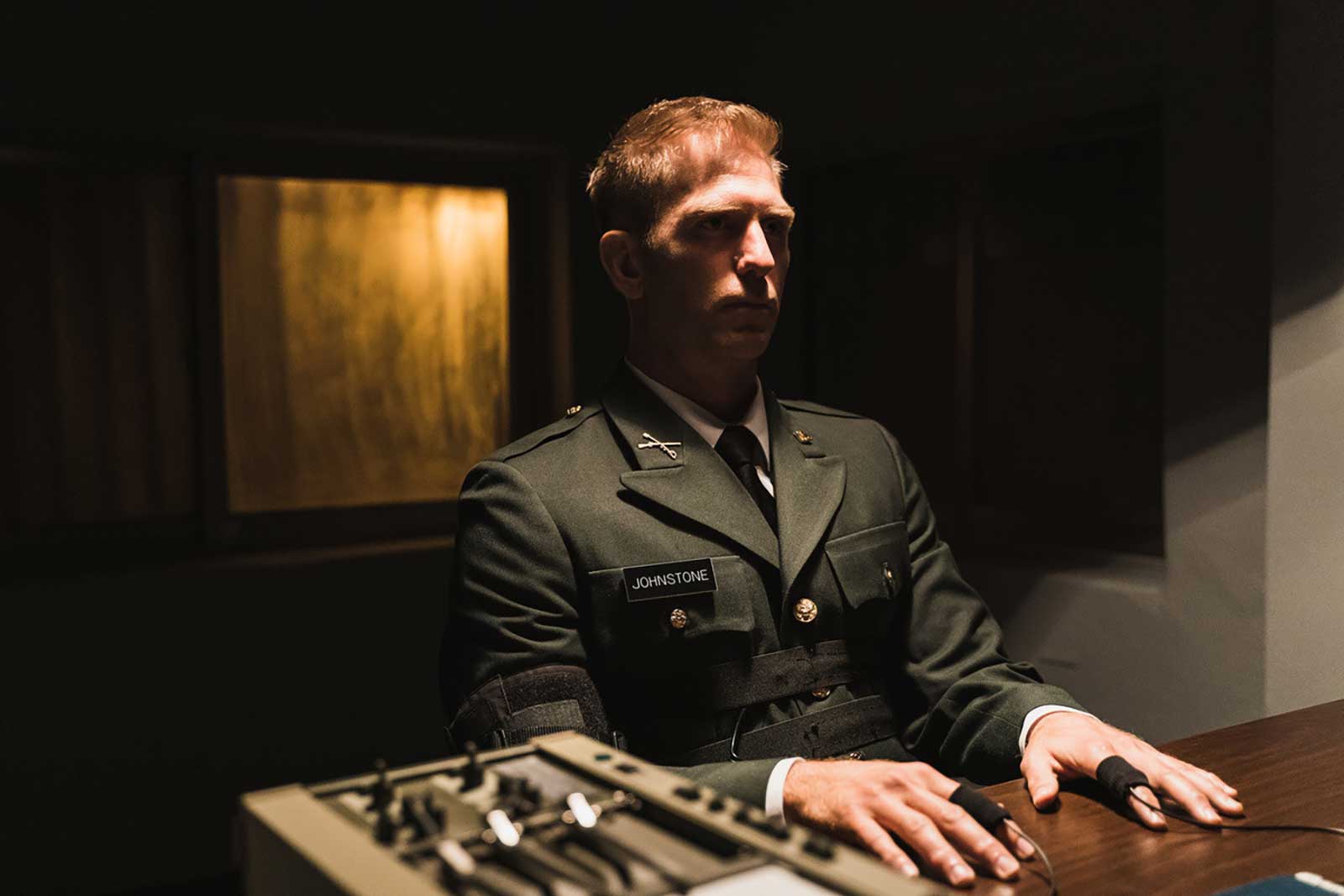 Johnstone is arrested for Soyoung’s murder. Under interrogation, he denies killing her, though all the evidence confirms this. Johnstone is sentenced to life imprisonment. Some years later this sentence comes under review for possible parole. An experienced psychologist, Jane Owens, is brought in to assess Johnstone’s mental state. Owens gains a terrifying insight to Johnstone’s mind.

To Johnstone, Annie was a nobody and got what she deserved. She was inferior, an irritating nuisance – just a Juicy Girl. Owens’ firm conclusion is that Johnstone must never be given an early release. He is a danger to society and likely to commit again. 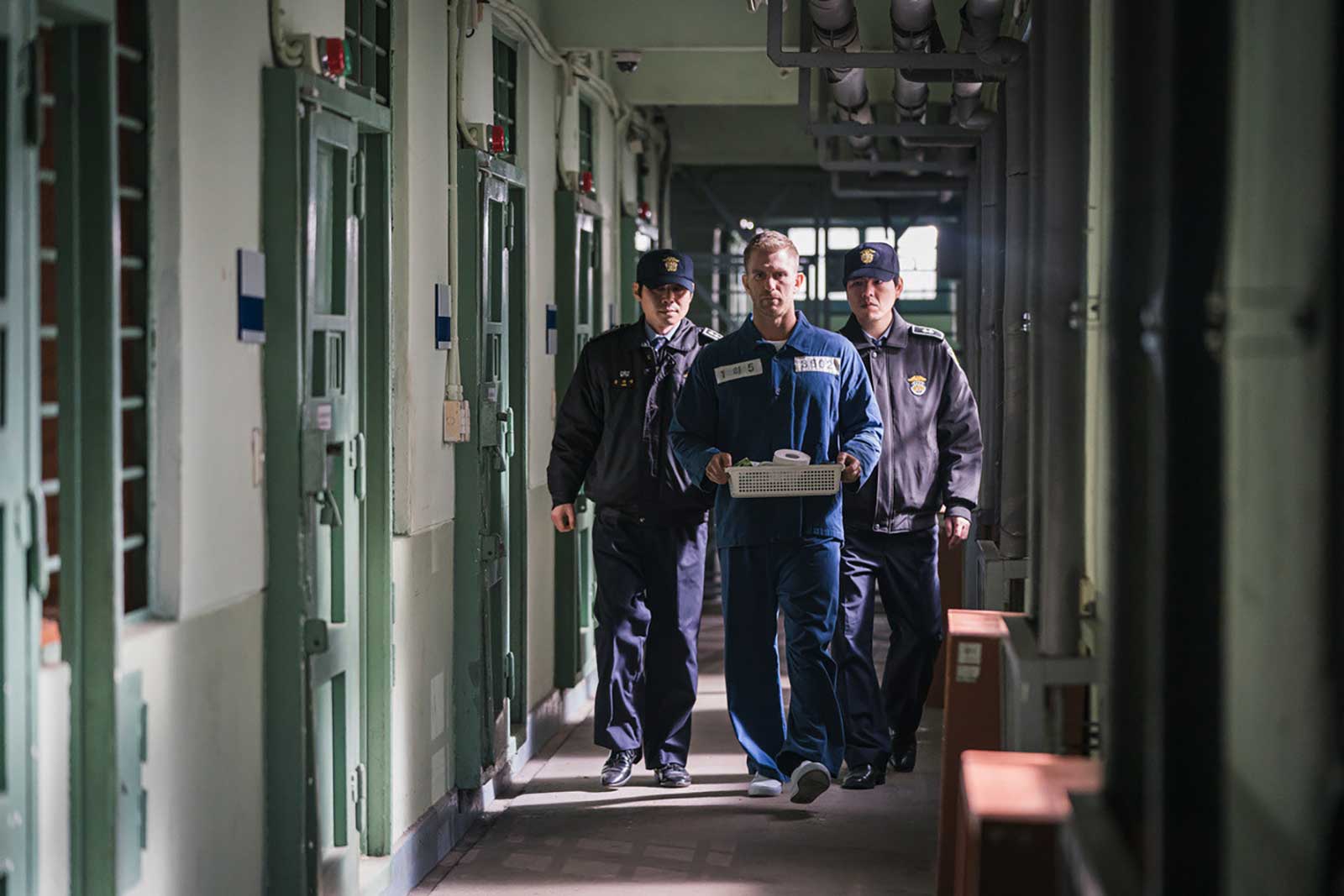 But justice can be bought. Soyoung had no protectors. Johnstone has one of the most powerful on earth, The US Army, who wants to bring one of their boys back home. The Army coerces Soyoung’s family into accepting compensation for her death, blood money. They have no choice but to accept.

Private Michael Johnstone is released early. A free man. This leads to outrage from the local populace, for the crime should not have allowed early parole. 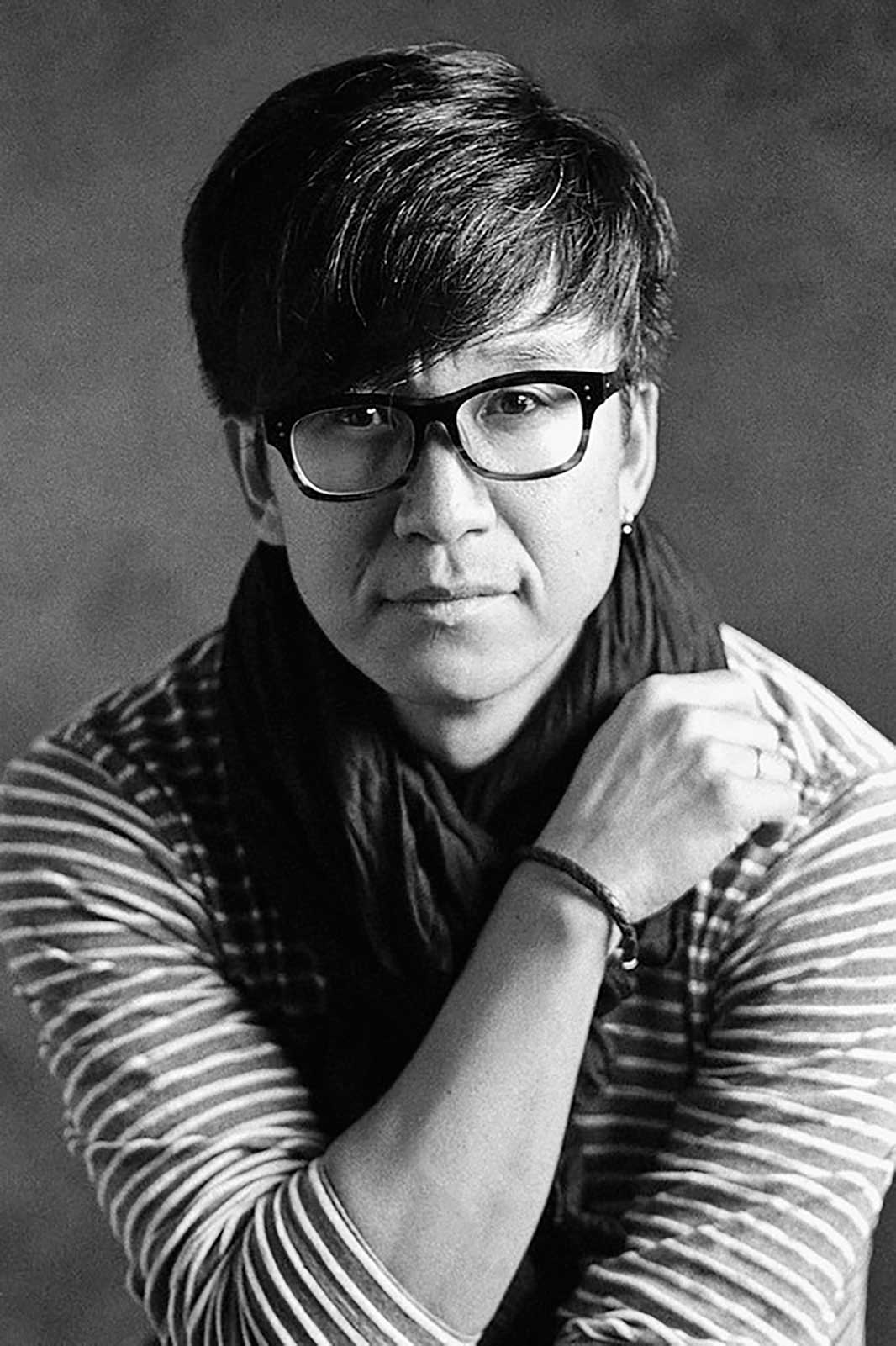 MJ Kim is an internationally renowned photographer who has worked with some of the biggest names in Hollywood, such as Johnny Depp, Ed Sheeran, Paul McCartney, and more.

He has been working for Sir Paul since 2008 as his personal photographer, and finally pursued his childhood dream of being a filmmaker through the creation of Juicy Girl.

With Juicy Girl Kim hopes to shed light on the dark side of the US military presence in South Korea after the Korean War, and to tell the story of the horror and violence many young women fell victim to – and continue to endure – to this day. 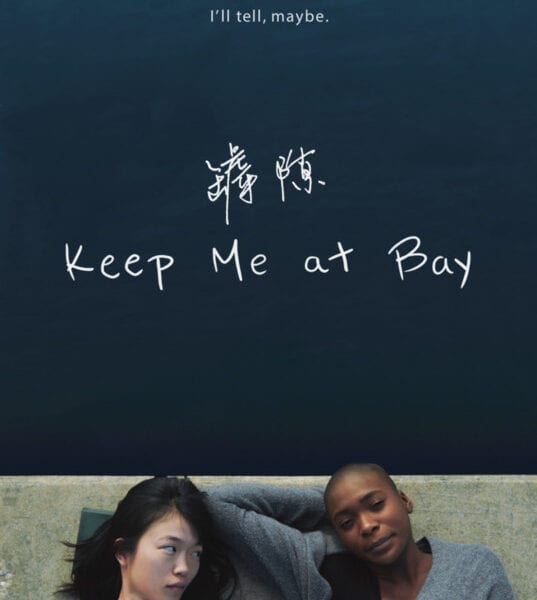 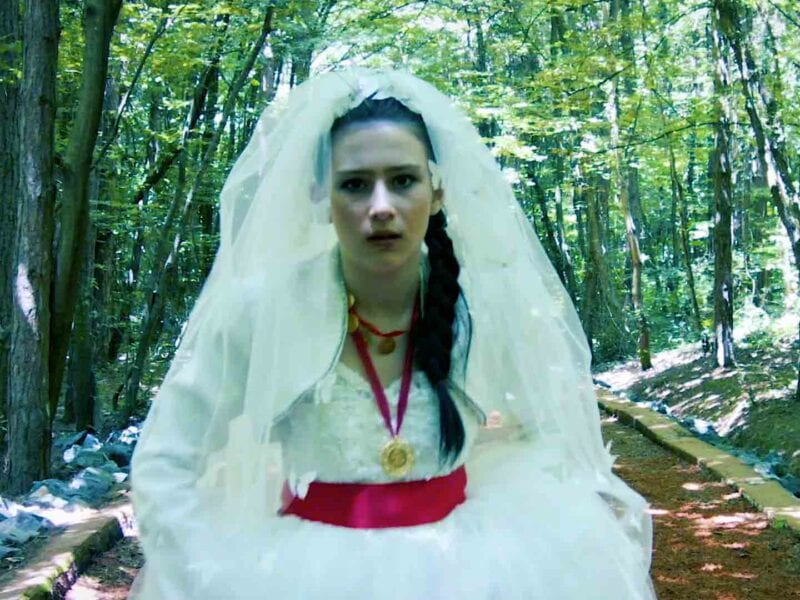 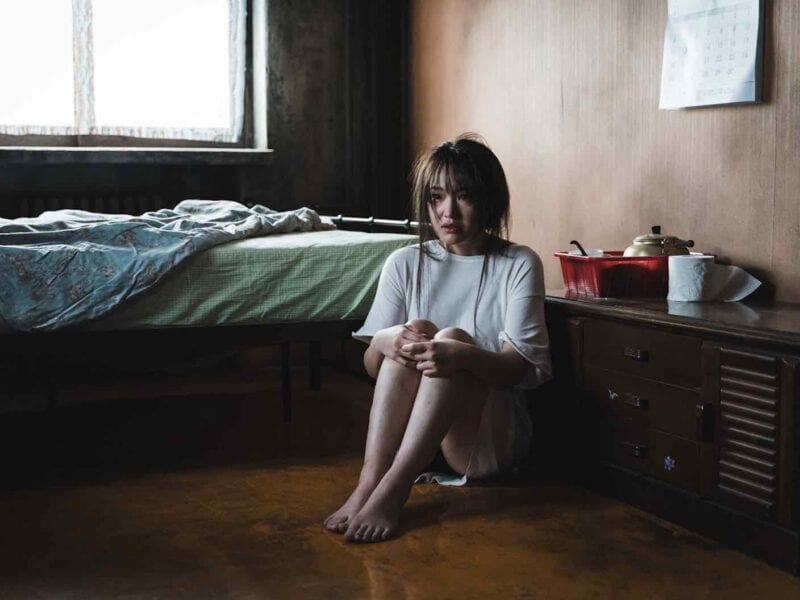