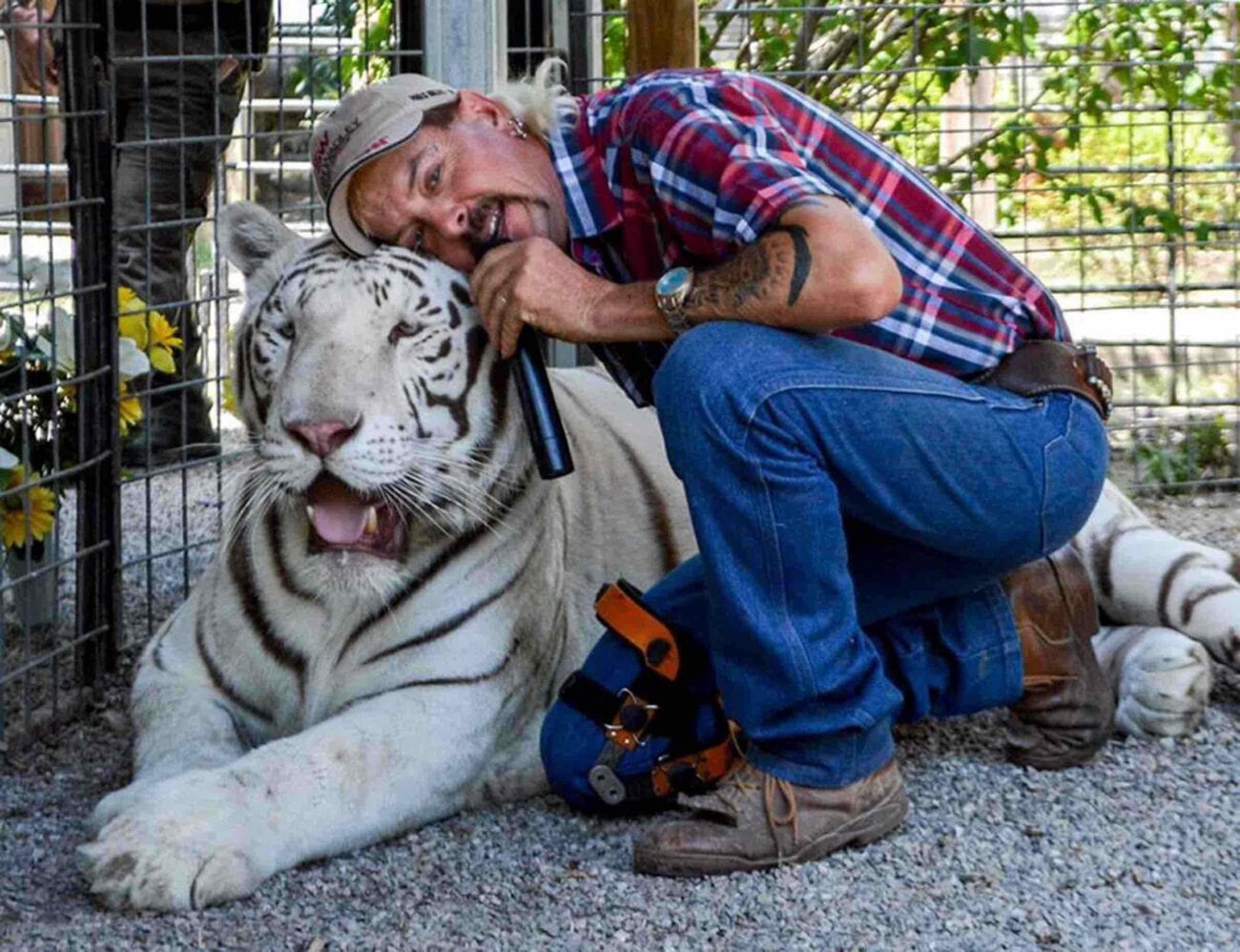 Joe Exotic impersonators: They’re so good they might fool his husbands

Joe Exotic is the larger-than-life subject of the wildly popular Netflix series Tiger King. It’s difficult to describe Joe though he does a pretty good job when he calls himself a “gay, gun-toting cowboy with a mullet”. With his crazy ideas, outrageous wardrobe, and multiple husbands, Joe Exotic isn’t like anyone else you’ve ever come across.

As Tiger King has soared in popularity though, there are more Joe Exotics than ever lurking on the streets, cursing Carole Baskin under their breath. Joe Exotic impersonators have dressed up in his patented mullet & eyeliner look and some of them have made a pretty convincing tiger king. Here are some people who might even fool Joe’s many husbands. 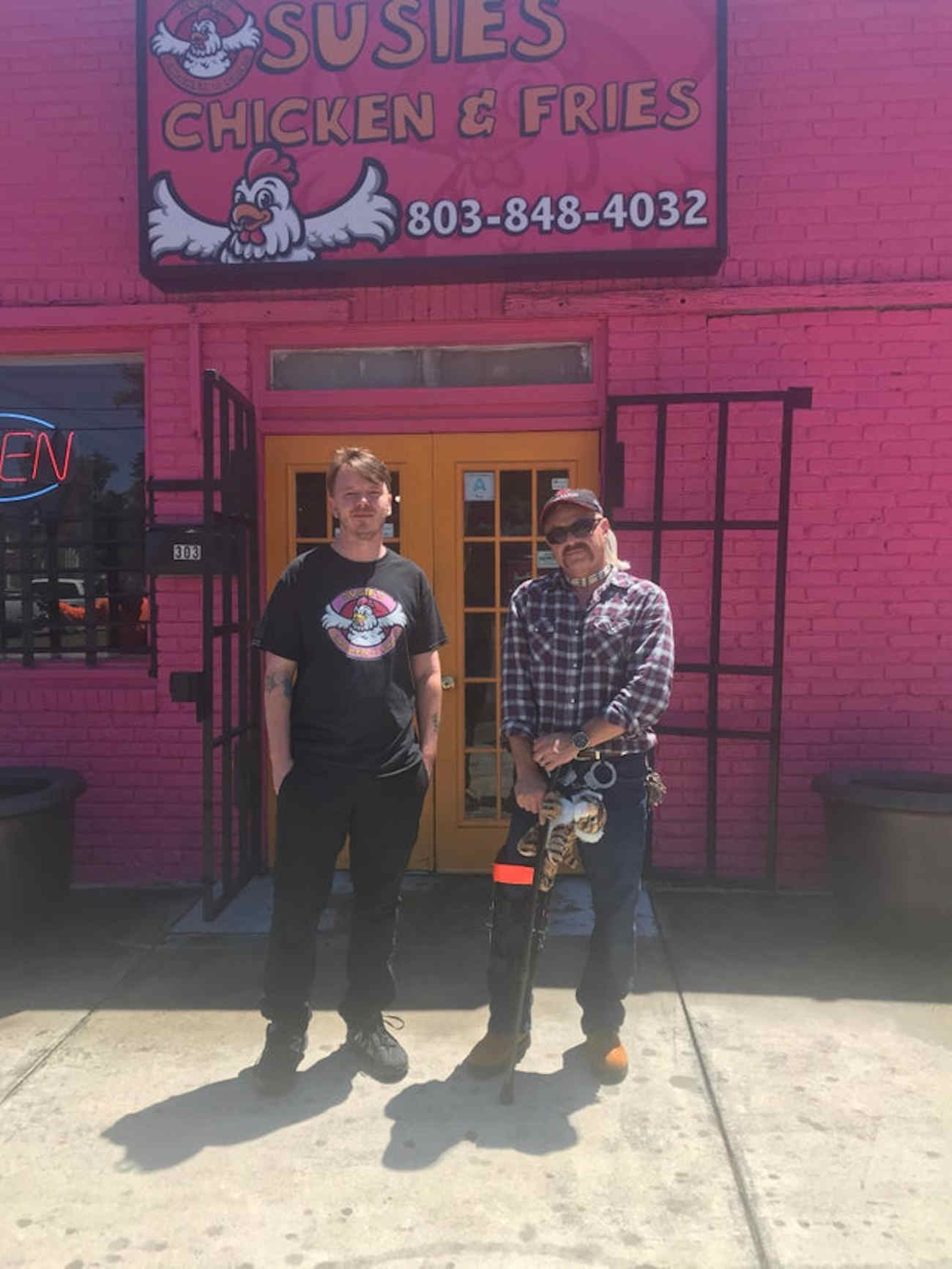 You’re telling us that’s not Joe Exotic casually meeting people on the street and taking pictures with them for an ingenuous plan where he’s escaped from prison and is now disguised as his own impersonator? Yeah, right. 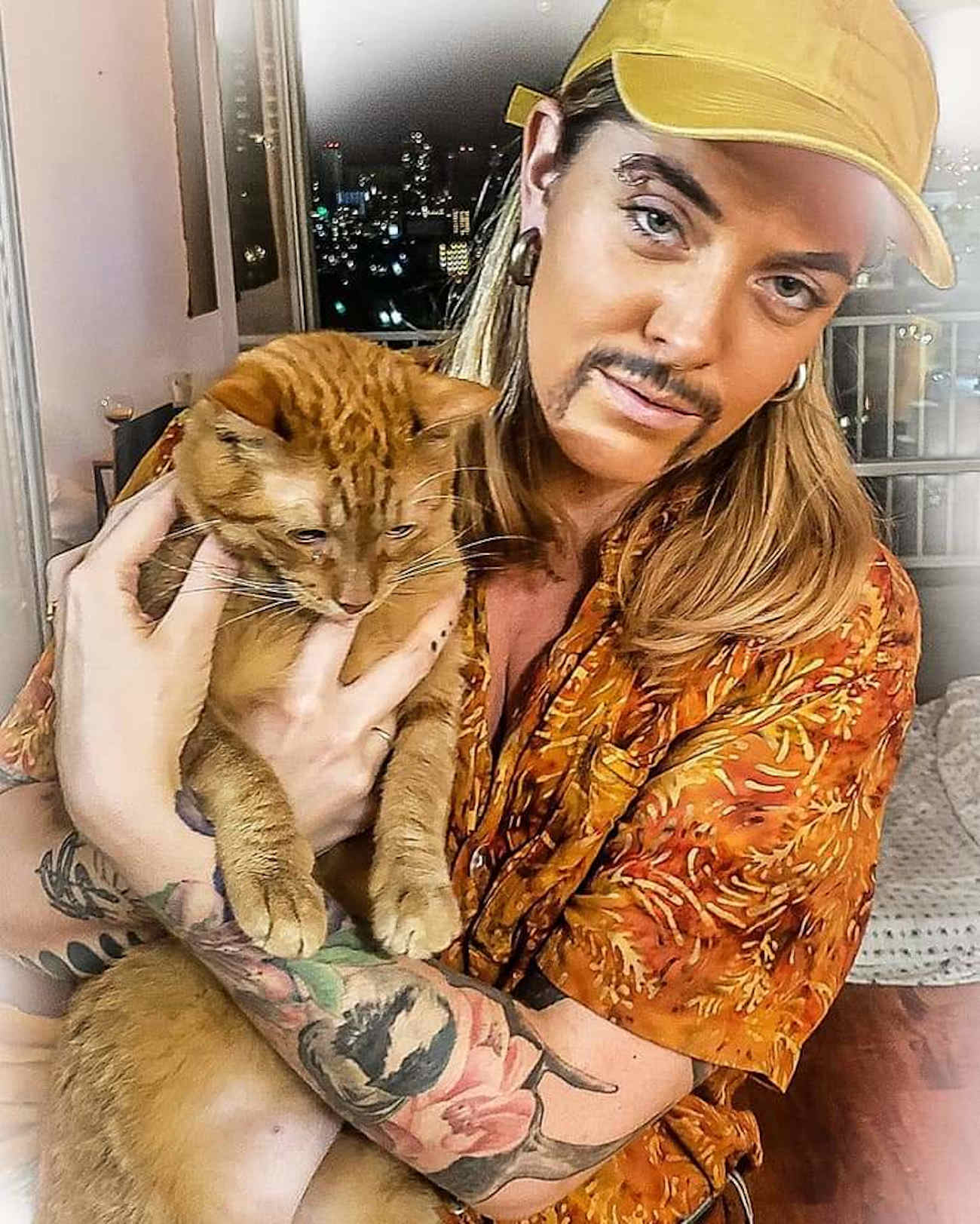 This is what happens when you’re bored, drunk, and birthday sadness kicks in. A redditor posted this pic of his wife transformed into Joe Exotic for her birthday and we’re pretty sure she’s about to get herself a second husband. 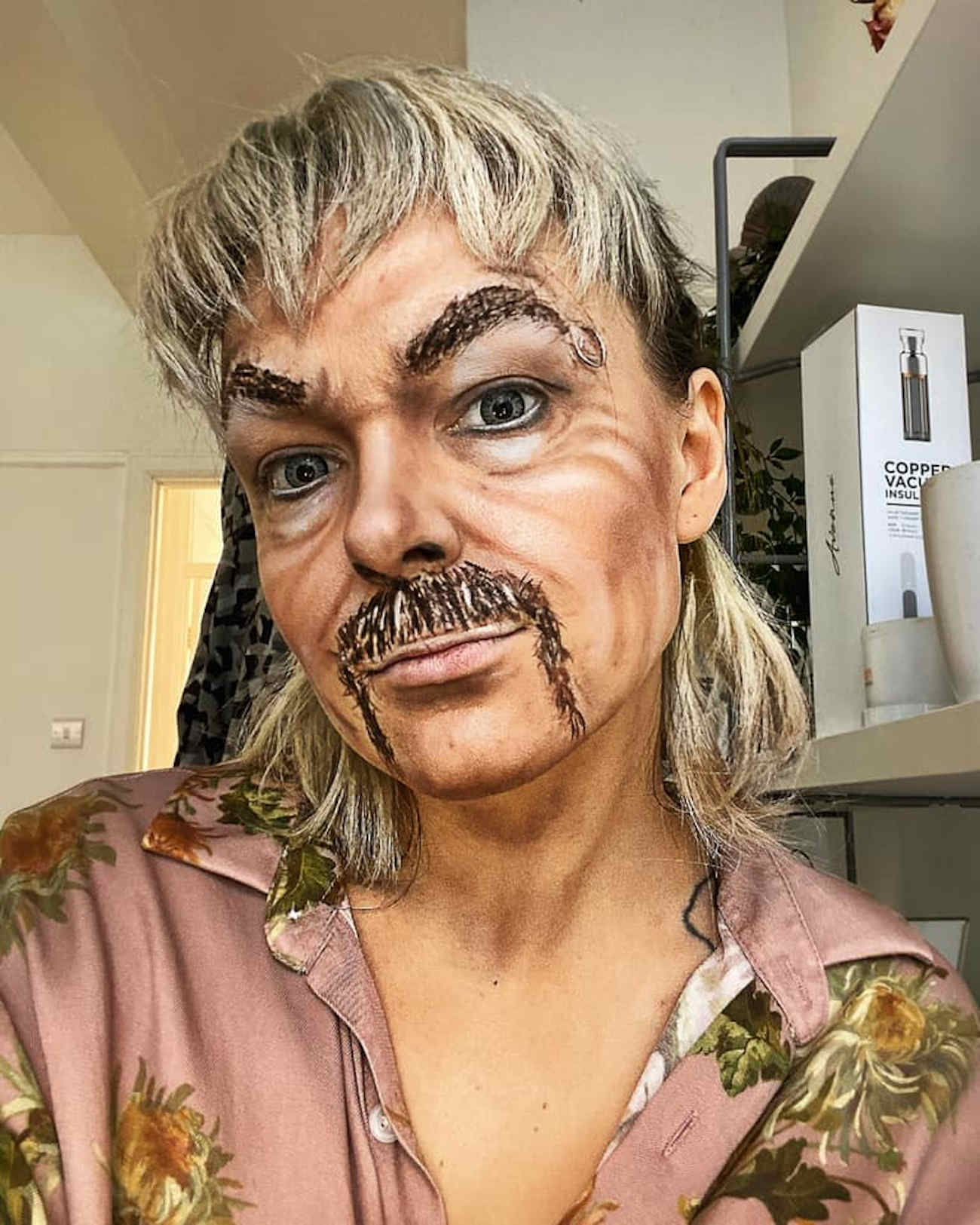 It’s amazing that Joe Exotic made such an impression on our quarantine-addled brains that talented people like this are spending three hours applying makeup to look like him. 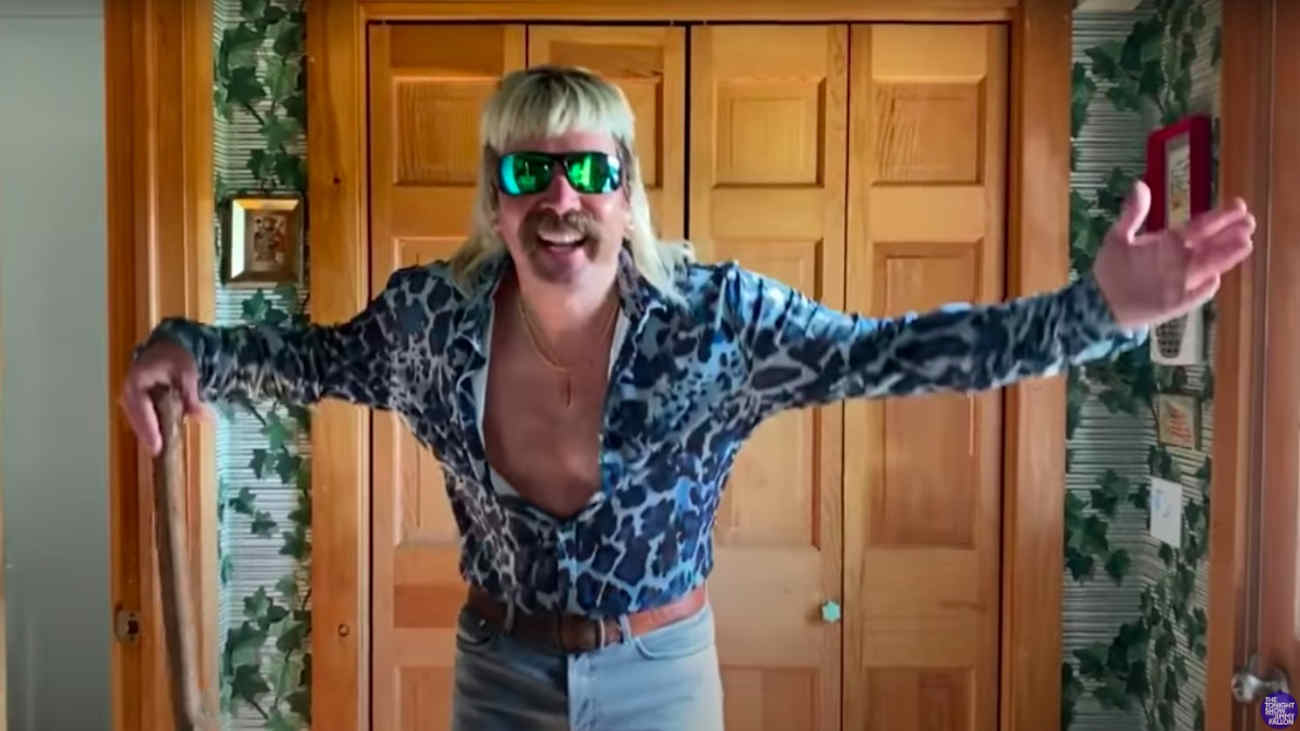 We have to admit, Jimmy Fallon could pass for Joe Exotic any day of the week. He’s got the flamboyant fashion sense nailed! 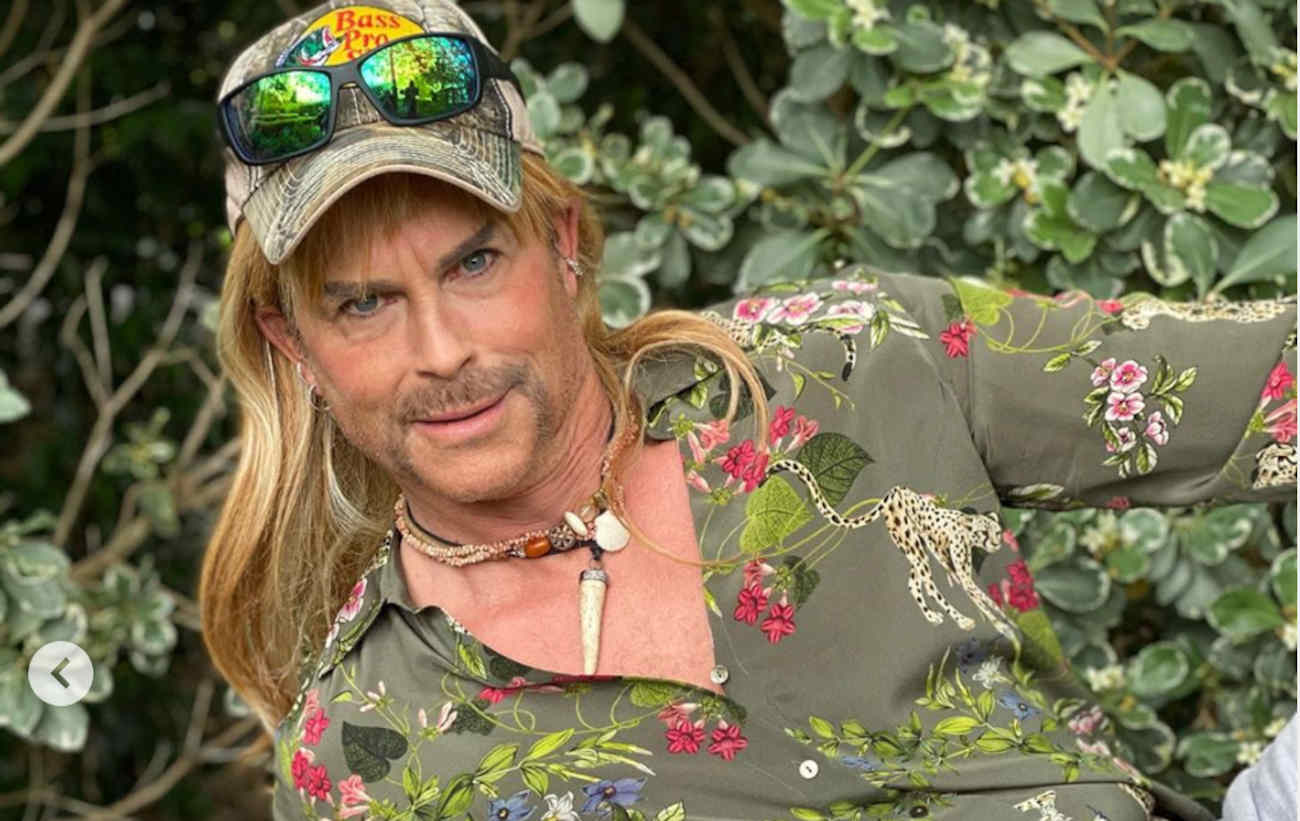 Rob Lowe teased that he and Ryan Murphy would be doing their own retelling of the life of Joe Exotic then posted some fabulous pics of his best Joe Exotic impersonation. We’re just missing the piercing, dangling precariously from the left eyebrow but other than that Rob can start passing out condoms because we’d vote for him. 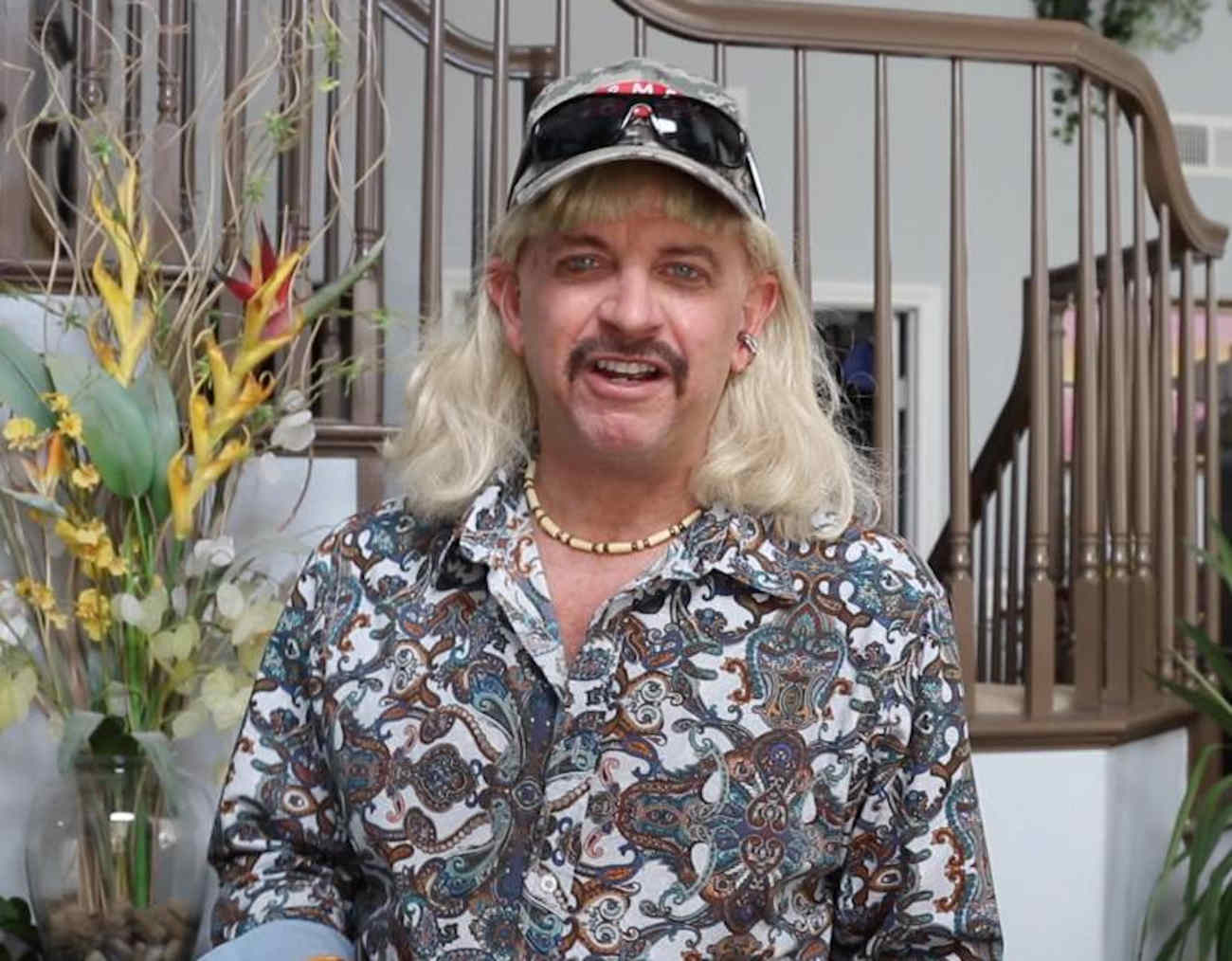 Don Barnhart has taken to dressing up like Joe Exotic as part of his stand-up act and now Don has a collection of wigs and has taken to borrowing his wife’s jewellery. They say find what you love to do and you’ll never work. 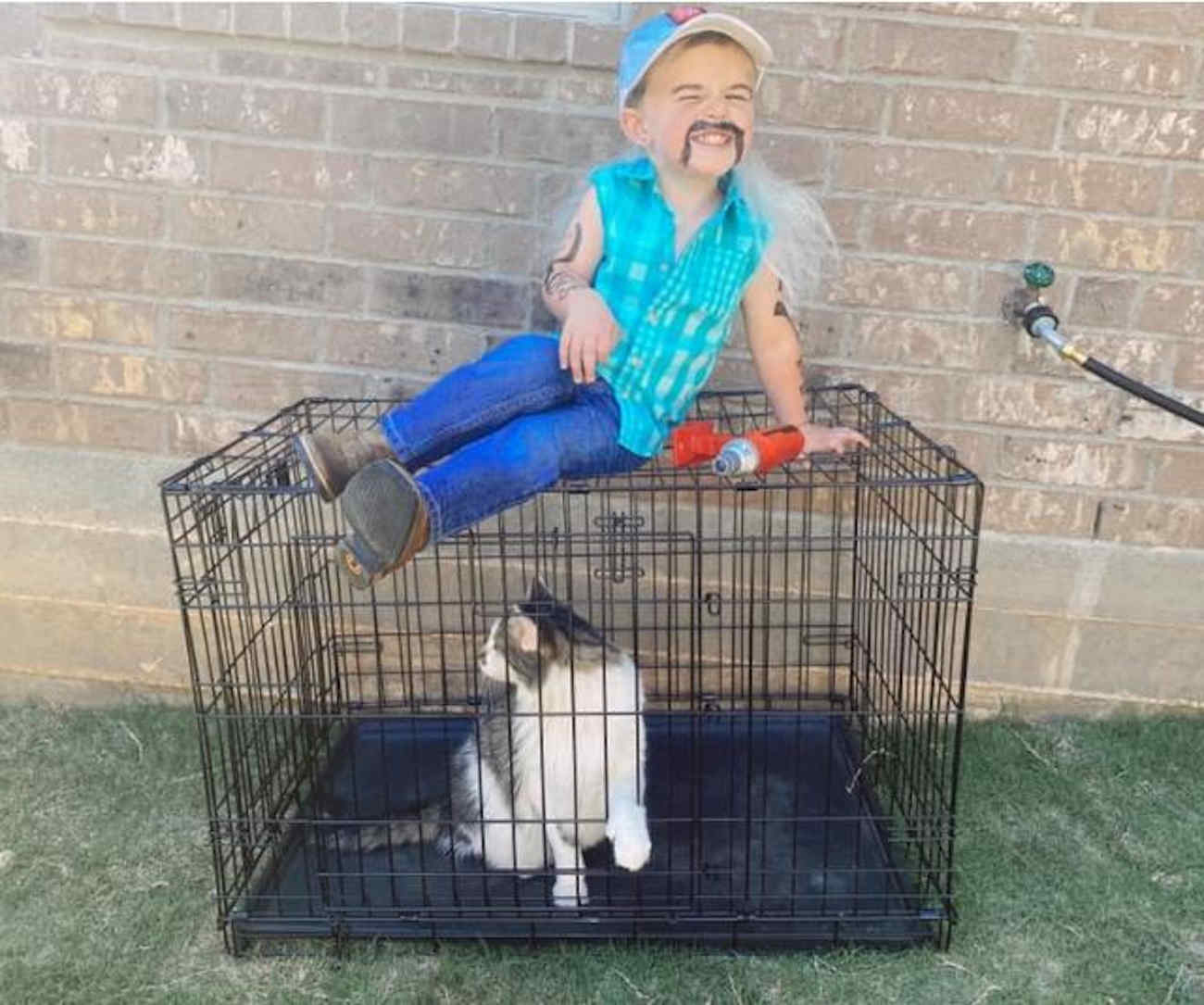 Hamming it up for the camera? Check. Cowboy-chic attire? Check. Benefiting from an animal in a cage? Check. This kid is going places.