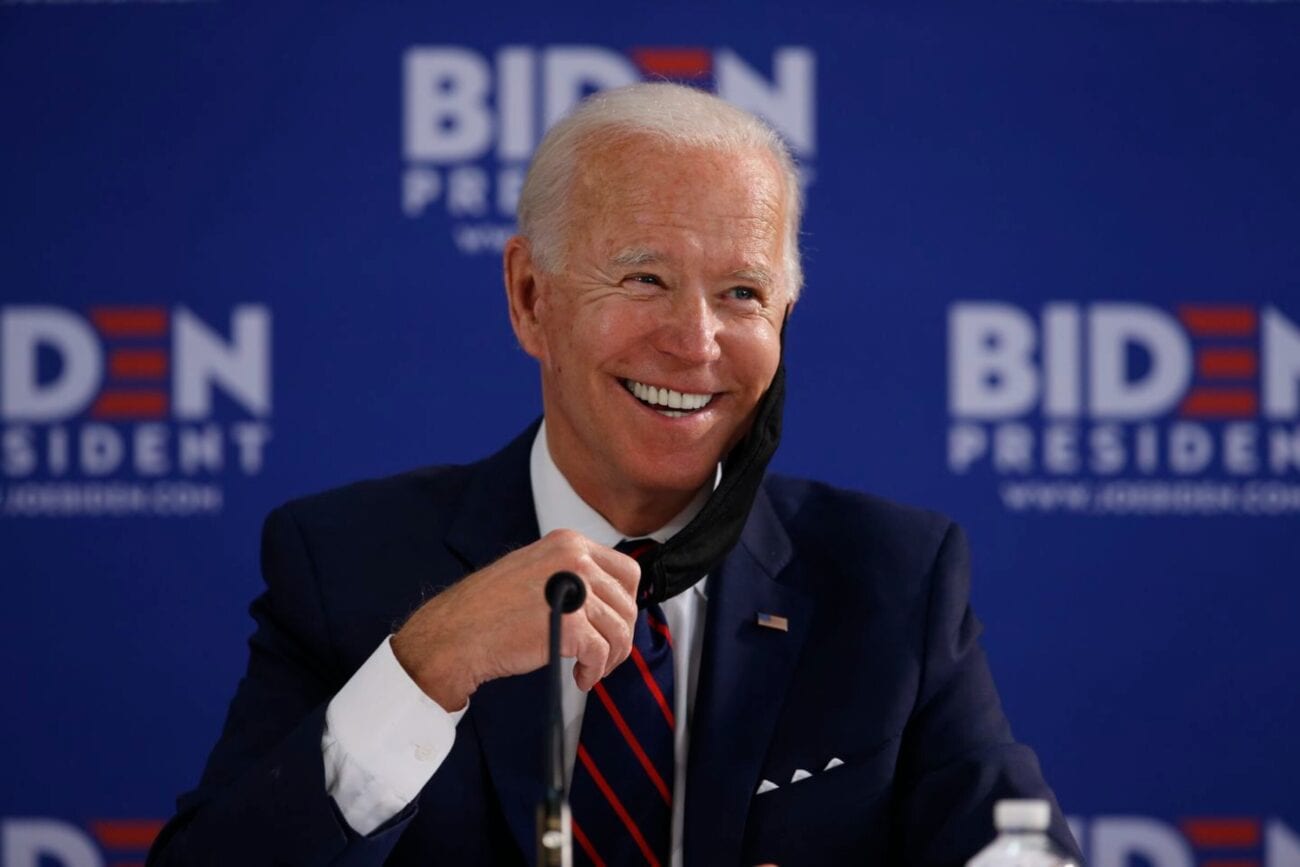 Need an election laugh? Here are all the best Joe Biden 2020 memes

The 2020 American election is very slowly creeping toward its close. As it stands, Biden is moving closer and closer to presidential victory. Who knows what shenanigans will ensue before the next American president is declared? Lawsuits over voter fraud are already in the works, so it could be a while before anything’s settled.

In the meantime, have a laugh about the next potential president, Joe Biden. He himself has admitted “I am a gaffe machine. . . ” He gives the public a lot to laugh about without even trying. Even so, the internet has given you even more to laugh at.

Joe Biden has been turned into many a meme. Some are things he, himself, has said, but the funniest Joe Biden memes are imaginary scenarios people have thought up. After having a full term as U.S. vice president, and then being the inarticulate head of a presidential campaign, the public has had plenty of time to observe & think up goofs. Here are all the best Joe Biden memes we could find.

Obama: Wave at the people, Joe.

Hit ‘em with a point

BIDEN: How come you've never shown ME the swamp?
OBAMA: Drain the swamp is a metaphor, Joe.
BIDEN: Where will Shrek live? pic.twitter.com/xEKzJJpazZ

Shrek’s without a home

Someone wasn’t paying attention in their language arts class. 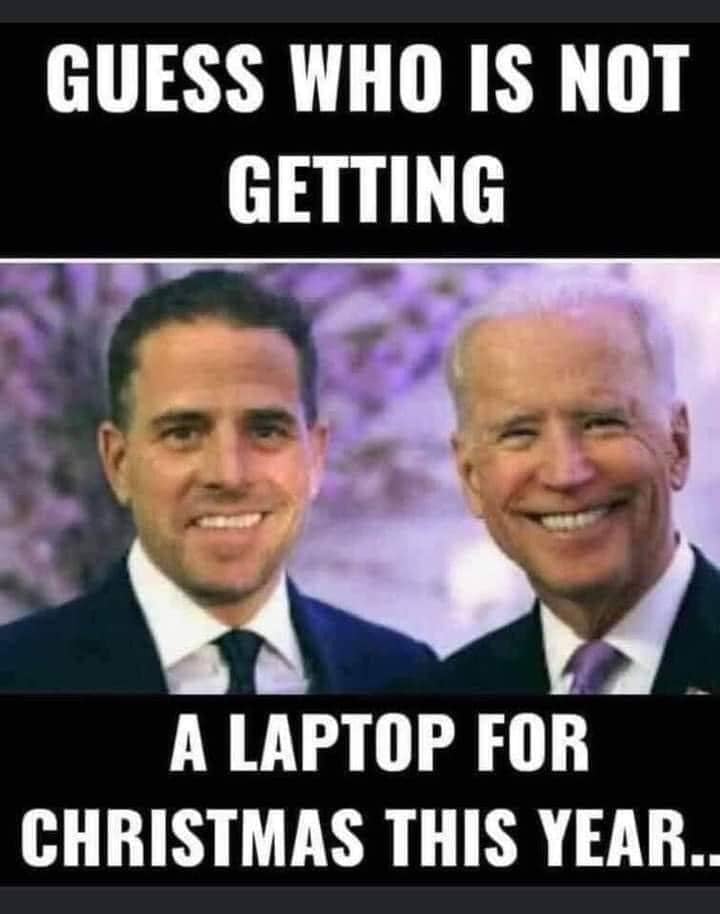 Daddy’s not happy with all the bad press.

Biden: I told him that we call in attacks on countries by blocking them on Twitter.

Joe: I got females here tho! pic.twitter.com/lVZc1gzz7c

Biden has all the babes there and everything.

Obama: I have a meeting.

Biden: I have a meeting.

Maybe Biden learned if you mirror someone’s movements it helps them like you more. 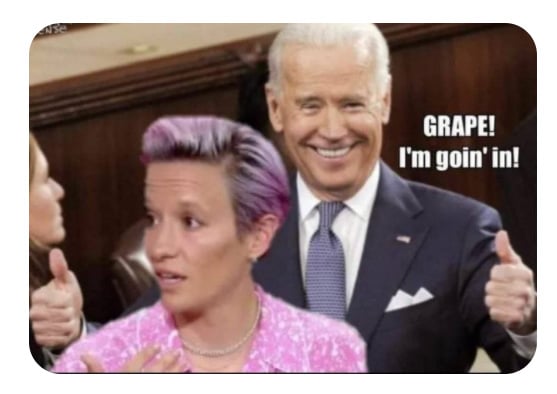 Hey, it worked really well in the movie. 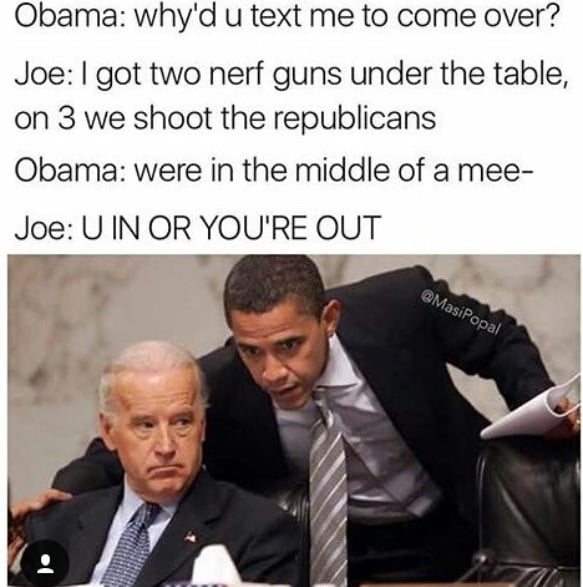 Obama: "Joe, why are you still holding my hand?"
Biden: "I wanna freak Mike Pence out"
Obama: "But why?"
Biden: "Just roll with it" pic.twitter.com/o5KZZ0Ysgz

A show of solidarity

Meme aside, what was going on here? If you’re able to tell us in the comments, you’re the real MVP. 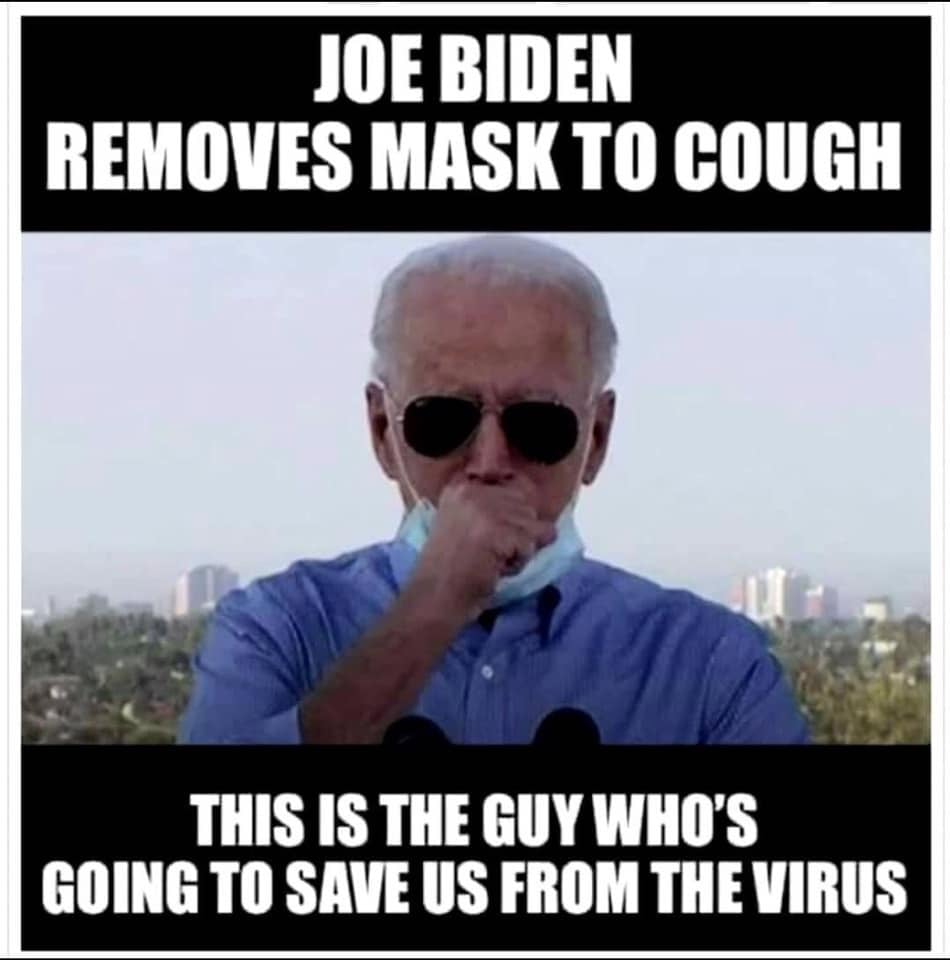 That’s kind of what the mask is for, man. Didn’t your mama ever teach you not to cough or sneeze on your hands? That’s like hygiene 101.

Biden: Maybe we make our own country and he won't be invited

Biden: And MAYBE THIS TIME WE CALL IT THE BLACK HOUSE RIGHT BARACK pic.twitter.com/sVEoMvJbNy

Obama’s not on board.

Joe can't even be sneaky 😂 pic.twitter.com/prYgfcVd3Z 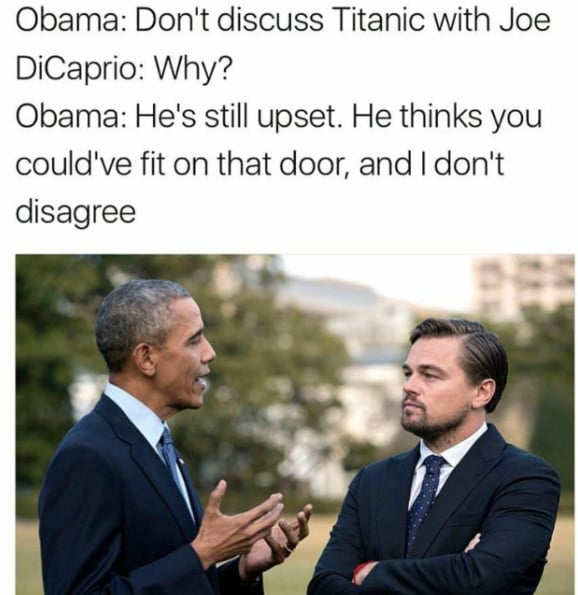 It’s like warning your friend about your crazy uncle

Although, to be fair, we think he could’ve fit on that door too. Like, c’mon, just a little scooty scoot would have done the trick, Rose. Sheesh.