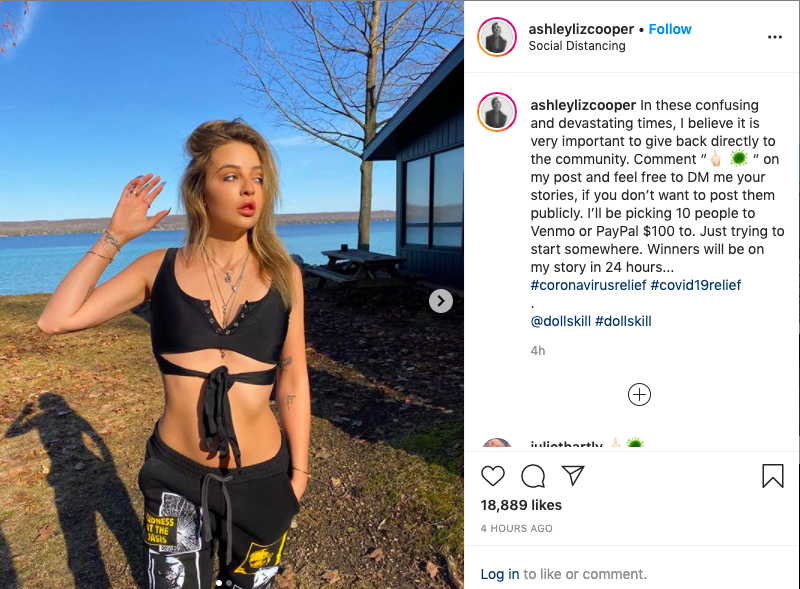 Ashley Liz Cooper is the Instagram success story. With almost half a million followers seeking updates on her authentic lifestyle-based content, she has become a super-influencer and fashion icon. With upbeat content highlighting her high-end fashion, she has become one of Instagram’s most sought-after models.

This financial crisis she’s giving back to her community with a contest that she’s posted on Instagram. “In these confusing and devastating times, I believe it is very important to give back directly to the community. Comment “?? ? “ on my post and feel free to DM me your stories, if you don’t want to post them publicly. I’ll be picking 10 people to Venmo or PayPal $100 to. Just trying to start somewhere. Winners will be on my story in 24 hours…”

If you want to enter her contest, all you have to do is:

Ashley Liz Cooper’s star is still rising, as she manages to juggle her clothing brand, international modeling career, and millennial fashionista status all while pursuing her degree. Here’s the scoop on all things Ashley Liz Cooper and what’s next for the super-influencer. 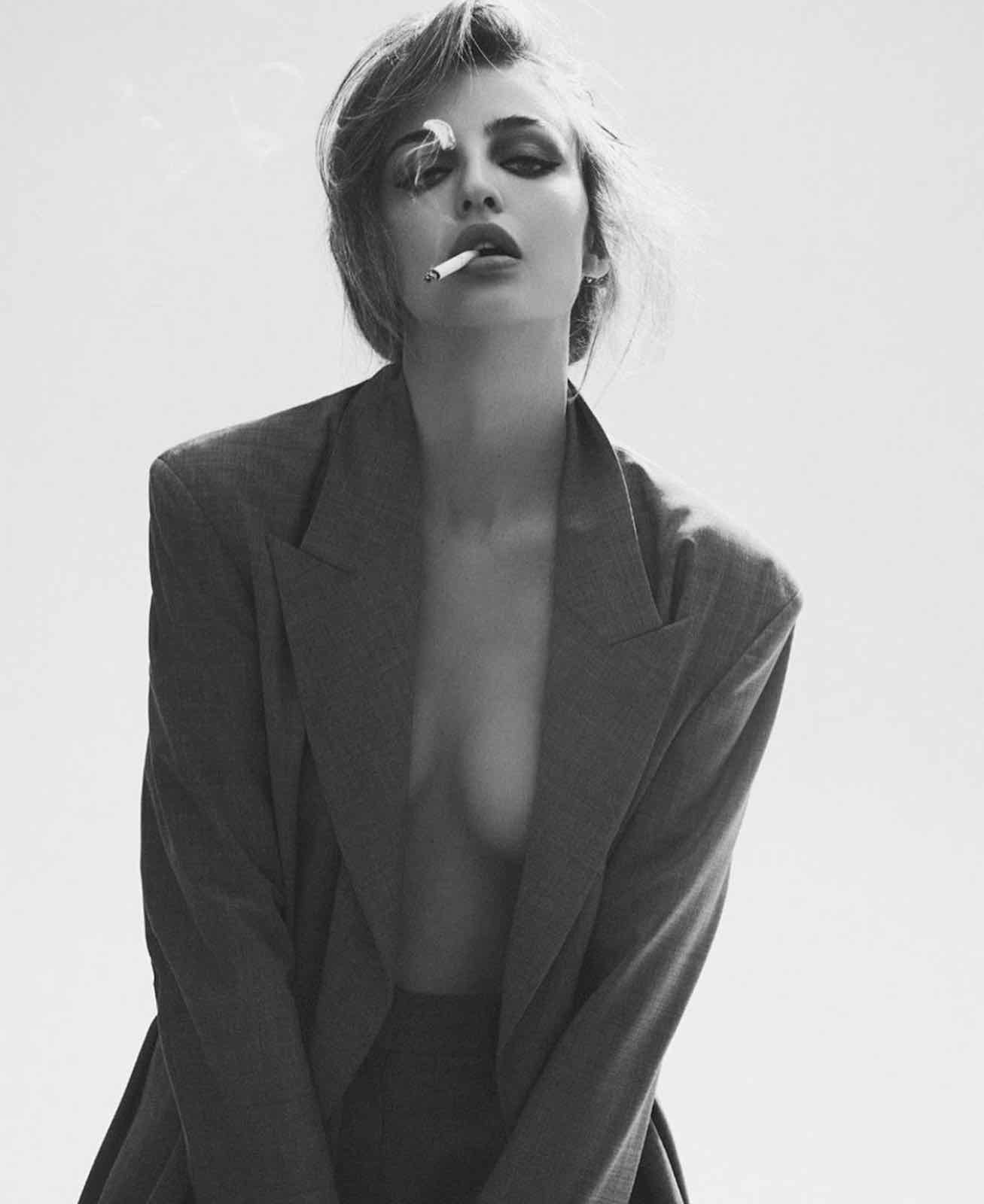 Where her story begins

Ashley Liz Cooper was born in Southfield, Michigan, and attended high school in Grosse Pointe, Michigan. Pursuing her love of fashion, after her high school graduation Ashely moved to Los Angeles, California to study social media marketing from The Fashion Institute of Design and Merchandising. Ashley has clearly had no trouble converting her lessons to real-world success. 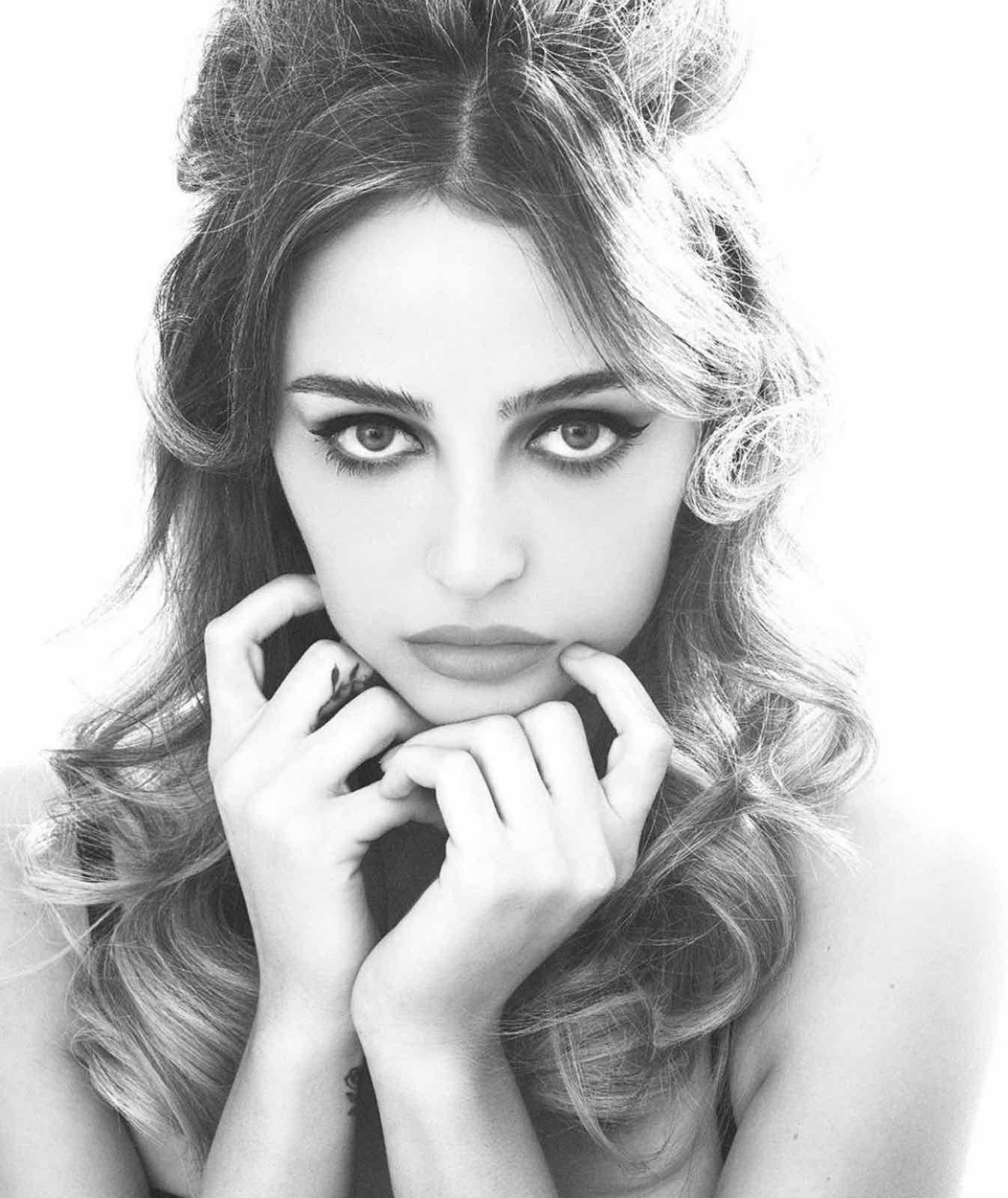 Ashley Liz Cooper’s Instagram success can be attributed to her willingness to stay abreast of what her followers love. Her transition to veganism alone earned her 200,000 new IG followers. Her charisma hasn’t been overlooked by advertisers who have elevated Ashley Liz Cooper to one of the top 1% Instagram influencers.

Her success isn’t accidental, as Ashley explains, “My goal in life is to be the best, as I possibly can in fashion, thereby becoming a better version of myself as every day goes by. As time goes by, we grow older and can never gain that loss of time back, so I intend to make every moment count”. 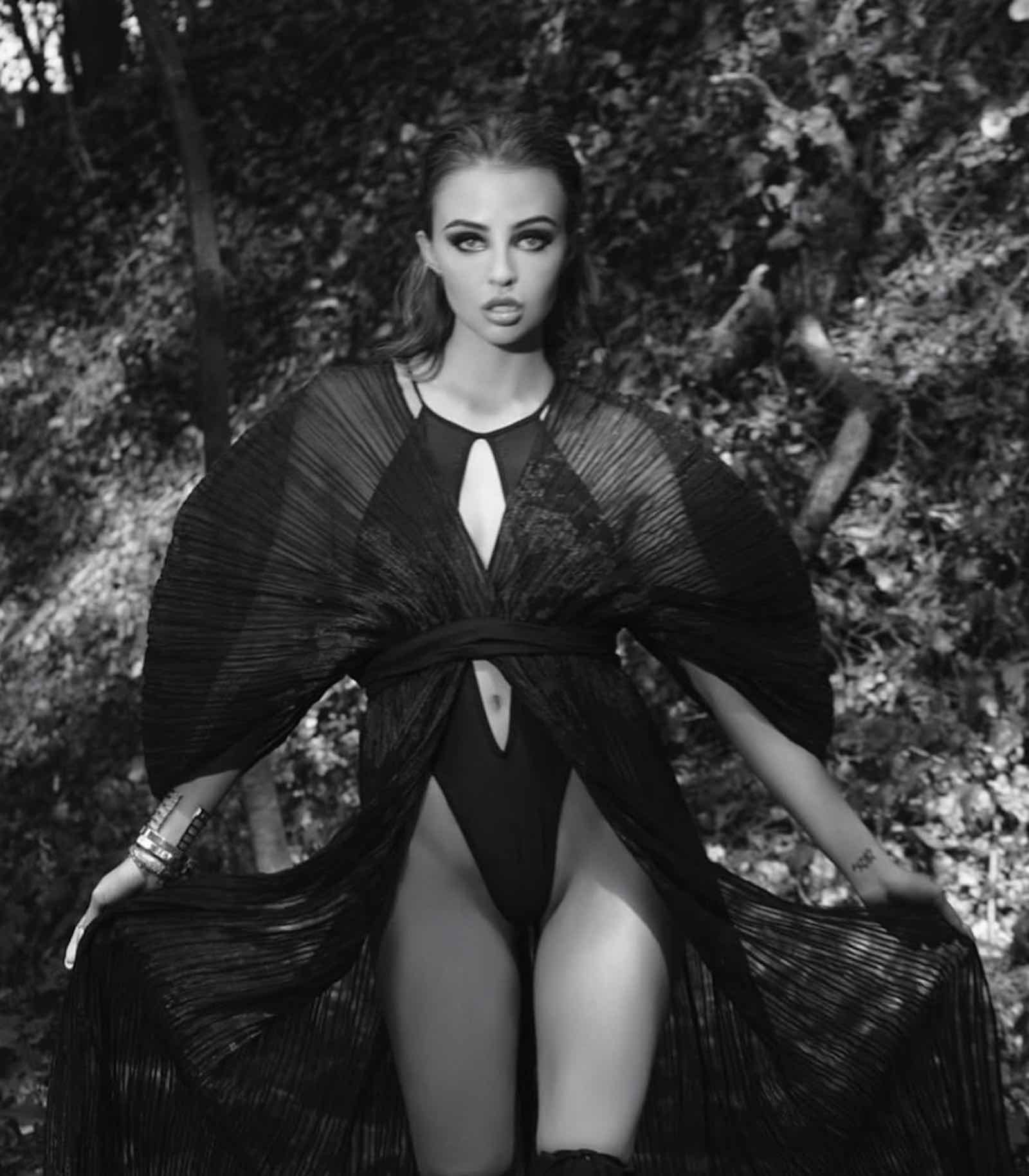 While Ashley Liz Cooper is undeniably an Instagram darling, she’s also made a name for herself beyond the social media platform. Ashley appeared on Paris Hilton’s Hollywood Love Story, which follows wannabe model-actresses, singers, photographers, and artists who dream of making it in Hollywood and telecasted on VICELAND in 2018.

Rising out of wannabee status, Ashley now is an international model, gracing the cover of Maxim Mexico’s October 2019 issue who flies to exotic destinations like Dubai to grace the pages of fashion publications.

Ashley’s love of fashion has also catapulted her career as a clothing designer, as she’s currently working on her second season with her clothing line, The Liz XX, which focuses on organic, cruelty and sweatshop-free streetwear.

Ashley Liz Cooper doesn’t pretend her success has been easy. She explains, “I believe in hard work and I hope one day I will get to inspire and change the world as much as I can”.

It’s hard for Ashley to slow down, and she admits to sleeping with her phone, despite knowing she and her phone have an “unhealthy relationship”. While she does have to fight burnout from working so much, she relies on lots of water and organic energy drinks to keep her going.

Keeping such a public persona in social media as Ashley does can attract trolls leaving negative comments on her posts. She credits not letting those messages bother her as her key to success. She focuses on the positive to protect her mental health. Luckily, Ashley has a lot to be positive about! Make sure you enter her contest and if you win you will do too. 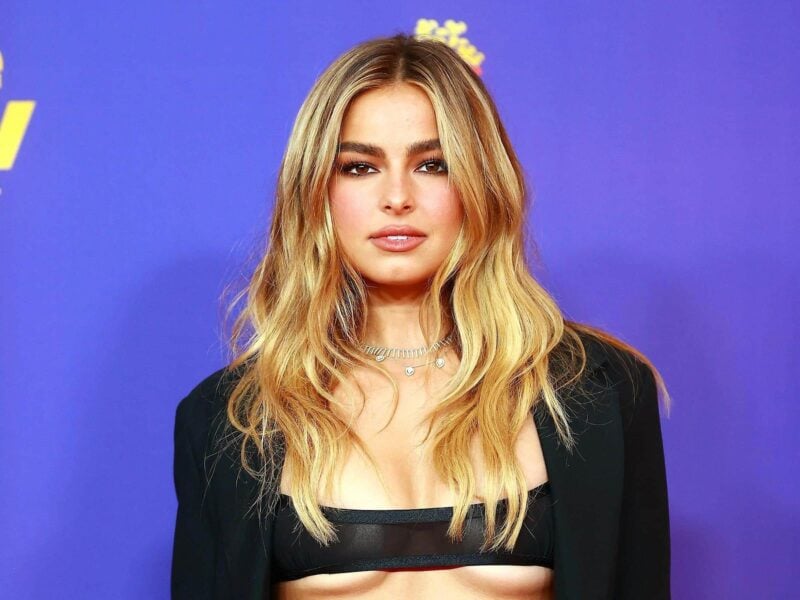 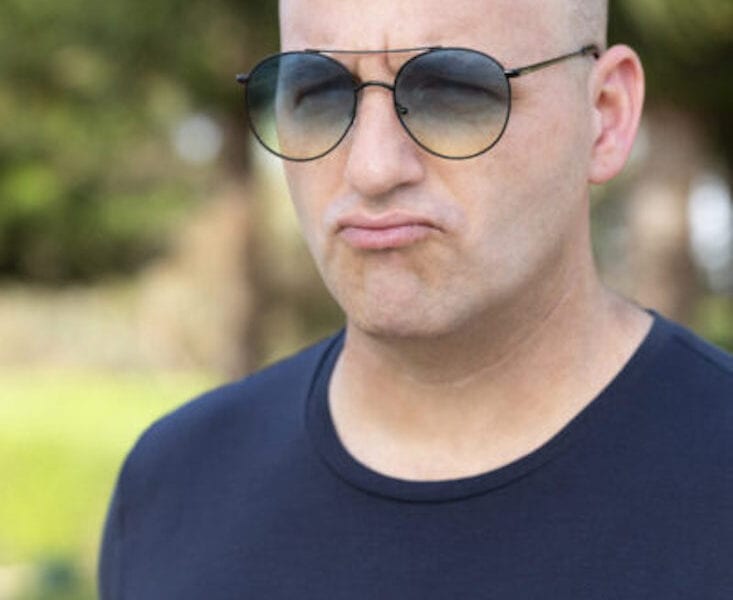 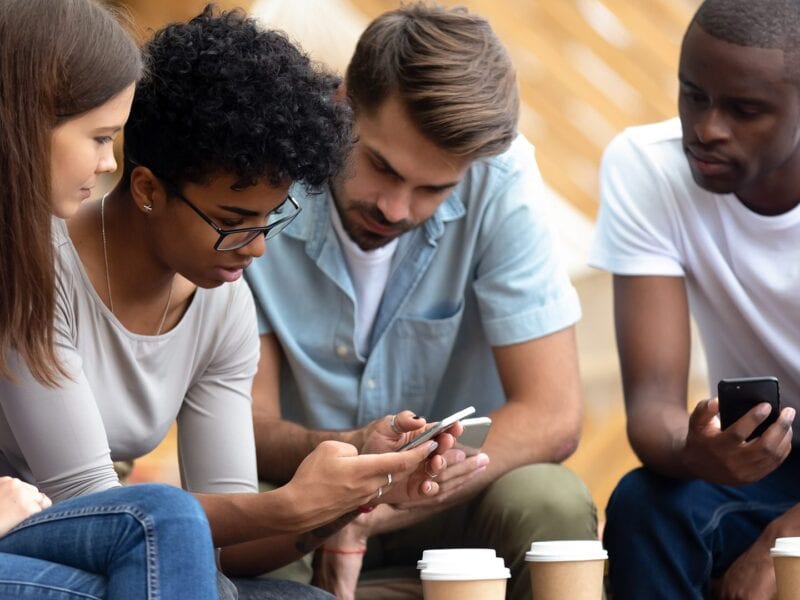 How to become an online influencer with paid opportunities