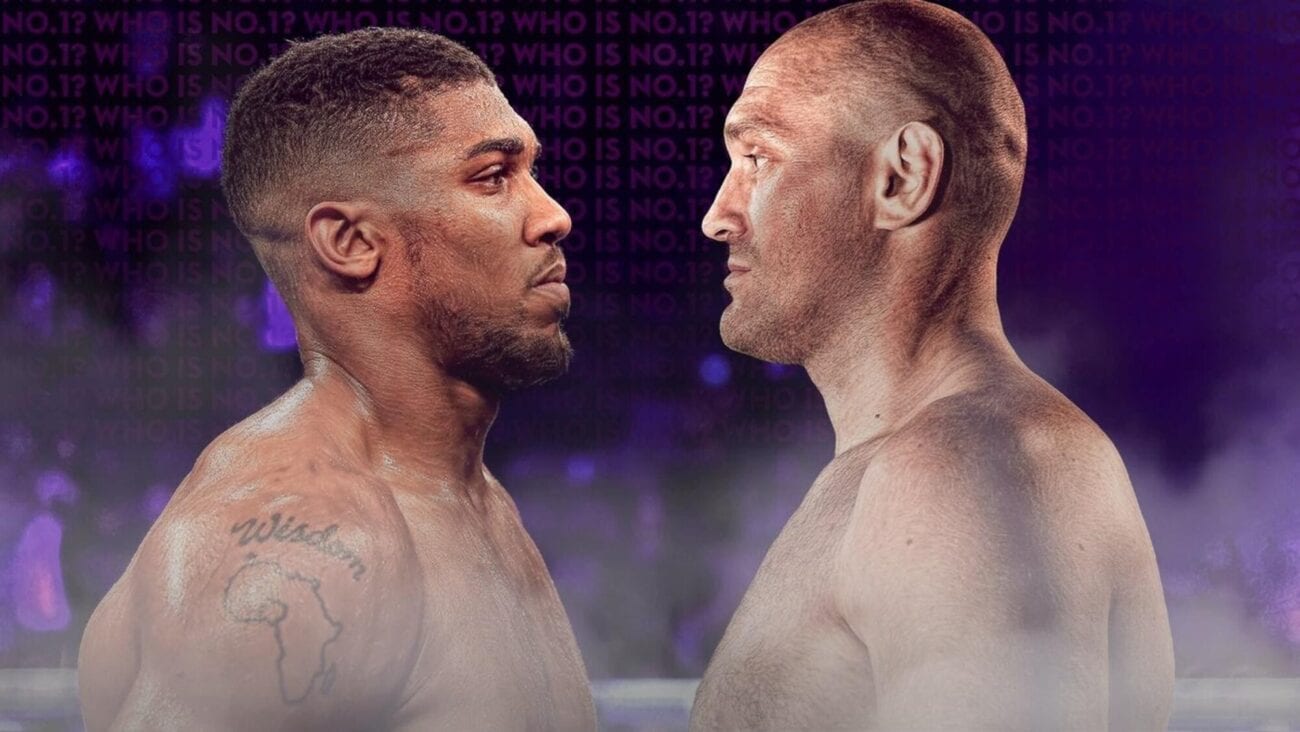 Every so often news of a big boxing fight appears that attracts the interest of every boxing fan in the world. Some fights have so much potential that even those who aren’t huge boxing fans will be interested.

There’s one fight everyone in the boxing world wants to see and that is Tyson Fury against Anthony Joshua. At the end of 2020, Joshua was the IBF, WBO, and WBA Champion, while Fury won the WBC Strap back in February of 2020. If a fight does happen between these two then it is certain to be an epic one.

When Could This Fight Occur?

Fury was supposed to fight against Agit Kabayelhe in December 2020, but the fight was cancelled due to the COVID-19 pandemic. Deontay Wild still wants Fury to honor their agreement that they made for a third bout at some stage this year, but it seems that Fury is no longer a fan of this idea and wants to go down a different schedule.

Despite money, the big prize on the line is the chance to declare that they’re the best British fighter around! The exact dates aren’t known yet, and might not go ahead at all, you can keep up to date with all the latest developments by following the link provided.

Betting on this fight

When or if this fight happens, you can bet your bottom dollar that that there’ll be millions bet on it all over the globe. You could try guessing the round that the fight will end or how far the fight will go. Obviously, if you want to place a bet on this, or any other future boxing event, you’ll need to open an account with a quality sportsbook.

There are many great boxing betting sites out there, which means that it can be a bit difficult at times to find the perfect one for you. Thankfully, there are great sportsbook comparisons with a team of experts who use all their experience and knowledge to write in-depth reviews with all the information that you need.

Where Will the Fights Happen?

British fans would obviously like the fights to take place in the UK, and the likes of Wembley, the Principality Stadium, and Spurs’ new stadium have been touted as potential venues for the big fights. However, money will be the main factor that decides where these fights happen.

Eddie Hearn named locations like Singapore, Dubai, Qatar, the U.S., and China as possible destinations. However, Saudi Arabia has been touted for probably one of the fights. If the fighters agree to fight each other twice, it would be sad if one of the fights didn’t take place in the UK. Joshua claimed he’d be happy to take a pay cut if that meant that the fight could take place in Britain.

Also, COVID-19 – safety of both the fighters and everyone else involved is something that the organizers need to take into consideration.

What could prevent the fight from taking place?

There’s a few issues that need to be resolved before this big fight can happen: Fury needs to solve his Wilder issue, who feels that Fury owes him another fight this year. While Joshua has to fight Oleksandr Usyk, who has earned the right to take Joshua on for his WBO title.

Joshua might be forced to give up his WBO title so that he can go against Fury, but this would mean that the fight would no longer be for “undisputed” champion status. Usyk has said that he would be happy to think about stepping aside for time being, so long as he gets a crack at Joshua at some other time.

Who will be victorious?

The odds for this fight are obviously not going to be available yet since it’s not even known if it is going to happen yet. Retired boxers are also having difficulties predicting who will win. We’ll just have to wait & see.

How to watch boxing live streams

Boxing is a very popular sport all over the world, and there are four main sanctioning bodies and plenty of minor ones too, meaning that streaming and broadcasting rights for fights aren’t that simple to get.

There’s no one-stop-place where you’ll be able to watch every fight, and free live streams for boxing are quite rare, unless you’re on a sports betting site that offers live boxing streams every so often. Let’s take a look.

They have teamed up with Top Rank and now live stream over fifty fights a year. To watch these fights, you’ll need to have a cable restriction which includes ESPN. Some fights will only be available through the ESPN+ Streaming Service or will be pay-per-view, therefore, paying for the individual fight. The ESPN+ Streaming Service has a free trial that lasts for 7 days.

This broadcasting network has teamed up with Premier Boxing Champions to air a number of boxing fights every year on Fox Deportes, Fox, and Fox Sports 1.

DAZN is different to the other broadcasters – instead of being a broadcaster that streams, they are a subscription-based that specialises in live streaming.

This cable network will live stream a variety of the best boxing fights. Most of the fights available to watch will be pay-per-view, which means that you will be required to subscribe to them and then pay the fee in order to watch the action.