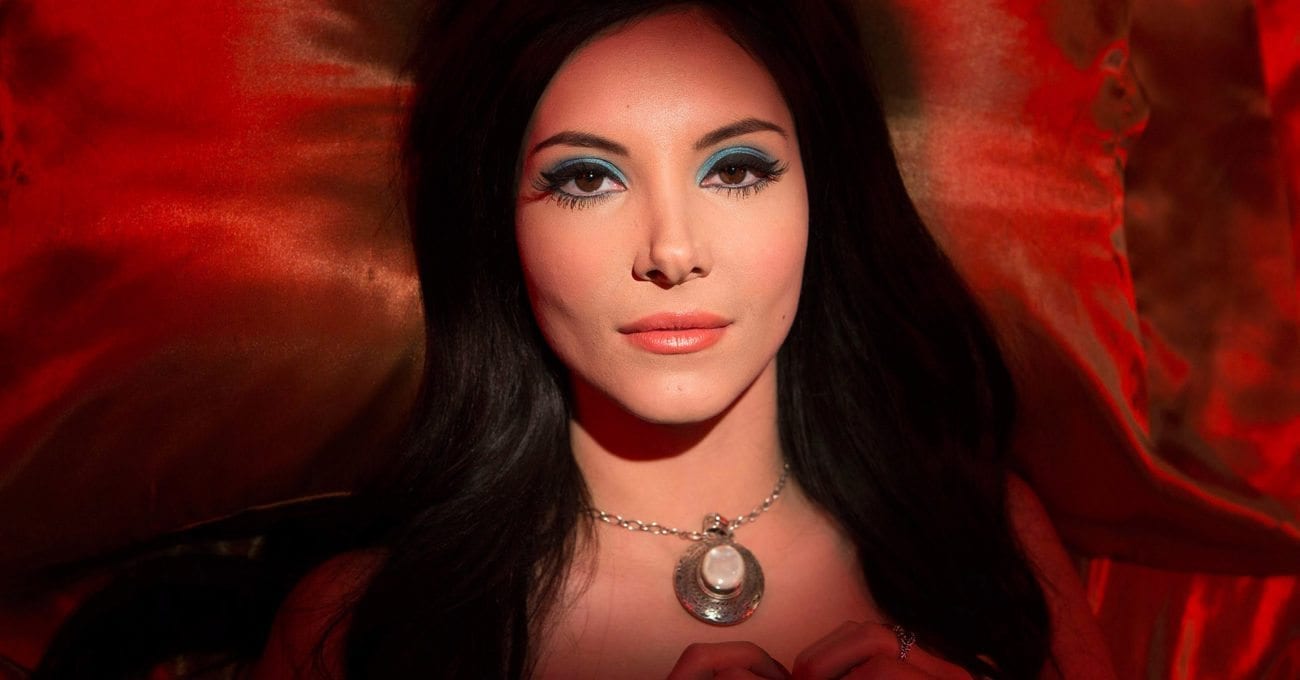 There’s no better way to honor the 9th annual Women in Horror Month taking place this February than by binge-watching all the best female-directed horror movies that you can currently stream online. Between Netflix, Hulu, and Shudder are some spectacular titles to keep you streaming, and screaming, for the entire month.

Described by its organizers as an “international, grassroots initiative”, WiHM “encourages supporters to learn about and showcase the underrepresented work of women in the horror industries”. This involves events like do-it-yourself screenings or creative media aimed to help horrors starred in and made by women to reach a wider audience.

This is our contribution to that effort, and now it’s over to you. How about you hustle up your creepiest pals, stream the following ten female-directed horror movies, and then share your love for these scary movies with the rest of the world. Time to get your spook on folks!

As The Guardian once put it, The Love Witch is a “B-move with A-grade potency”. Though it provides a lovingly camp pastiche of technicolor thrillers from the 70s and is full of hilarity, the film also contains a lot of serious (and scary) hidden depths, which come to light as the movie progresses.

Starring Rose Leslie (Game of Thrones) and Harry Treadaway (Mr. Mercedes), a newlywed couple’s happy honeymoon is thrown into disarray when the wife is found wandering, disoriented in the middle of the night. As her behavior becomes increasingly strange, her husband suspects something more sinister is at hand – and oh boy, is he onto something!

An all-female horror anthology, XX features five peculiar and ghoulish tales, each with their own singular perspective. Annie Clark (better known as musician St. Vincent) delivers a killer directorial debut with The Birthday Party – a dark, suburban nightmare with a wry spirit. Meanwhile the esoteric mystery of Vuckovic’s The Box will linger with you like a bad spirit.

Dearest Sister tells the story of a young woman travelling to Vientiane to care for her rich cousin, only to discover she has lost her sight but gained the uncanny ability to communicate with the dead. Full of nuance and foreboding, this Laotian horror will get right under your skin.

A coming-of-age story with a brutal twist, Raw sees a vegetarian develop the taste for human flesh after enduring a harrowing hazing ritual at her school. Both stomach-churning and oddly beautiful, the film is nothing short of a masterpiece.

It’s perfectly reasonable to object to this movie as an insult to both Stephen King’s original novel and Brian De Palma’s 1976 adaptation, but taken as a standalone movie, The Rage: Carrie 2 is actually campy fun. Just do yourself a favor and don’t take it too seriously.

The Babadook presents a searing exploration of grief, mourning, and mental health, weaving the story of a struggling mother-and-son relationship that manifests in strange and terrifying ways. As terrifying as it is devastating, Kent’s direction is nonetheless playful. which makes for a thoughtful horror that’s still eminently entertaining.

Starring Milo Ventimiglia (This Is Us) as an extremely easy-on-the-eye mortal who falls in love with Josephine de La Baume’s alluring vampire, Kiss of the Damned is sexy, scary, and features vampires who thankfully do not sparkle.

This suspenseful drama by Kusama, a masterful expert at entertaining visions of tension, provides a shocking slow-burning story set across the evening of a dinner party. The movie is astoundingly creepy, and though the scares are gradual, they hit hard.

Harron’s adaptation of Bret Easton Ellis’ controversial novel continues to be regarded as a satirical masterpiece over fifteen years since it first premiered. The movie makes some bold statements regarding masculinity, consumerism, and power, in ways that are accessible and darkly comic. As such, American Psycho’s themes remain unnervingly relevant.