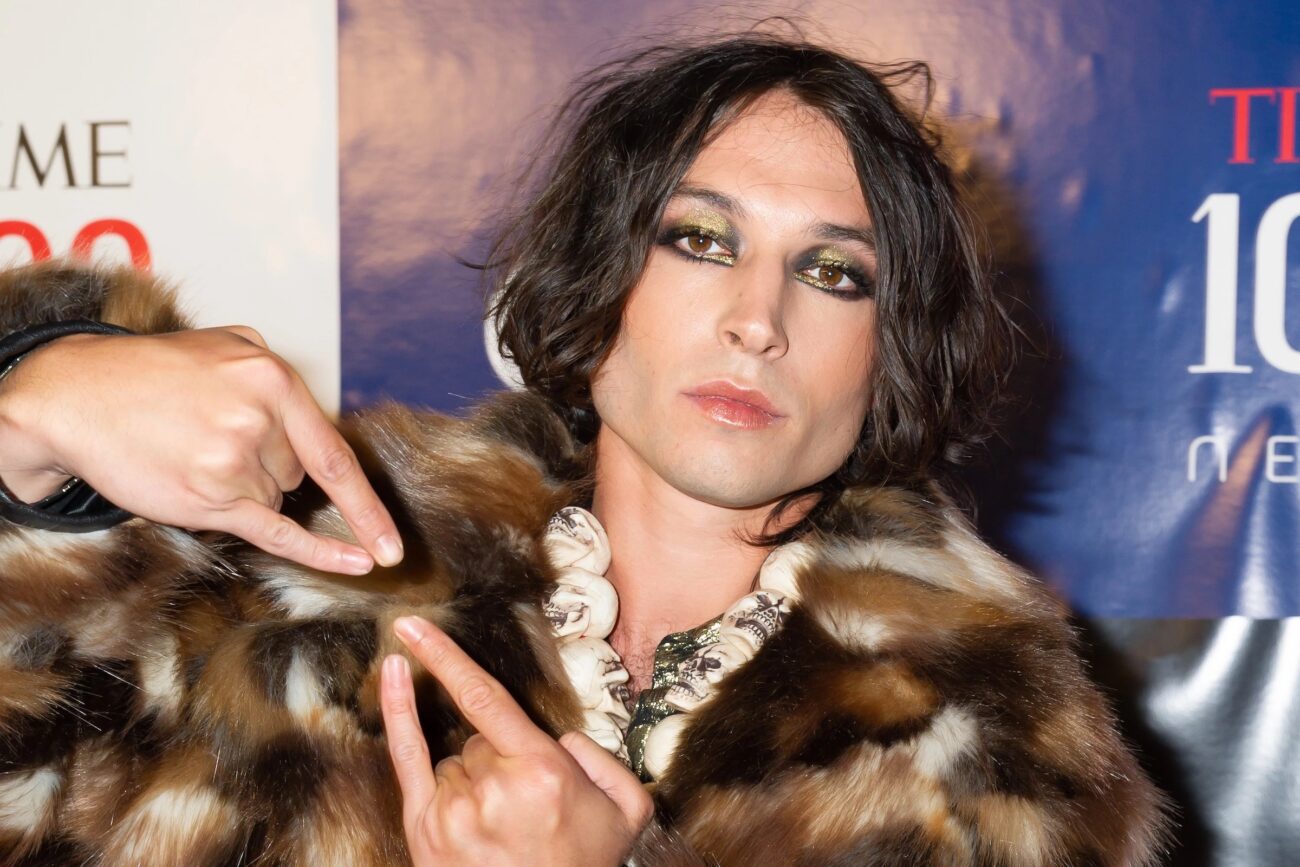 It looks like the DCEU is hit with even more problematic actors. Not only did the Johnny Depp vs. Amber Heard shake the world, but now The Flash actor Ezra Miller is under fire after his questionable controversies.

This isn’t the first time Miller has faced criticism. Now, the actor faces being fired from the upcoming DC movie The Flash following a series of arrests and a possible hostage situation.

What went wrong for Ezra Miller? Is the actor holding a family hostage? Let’s dive into the heated controversies. 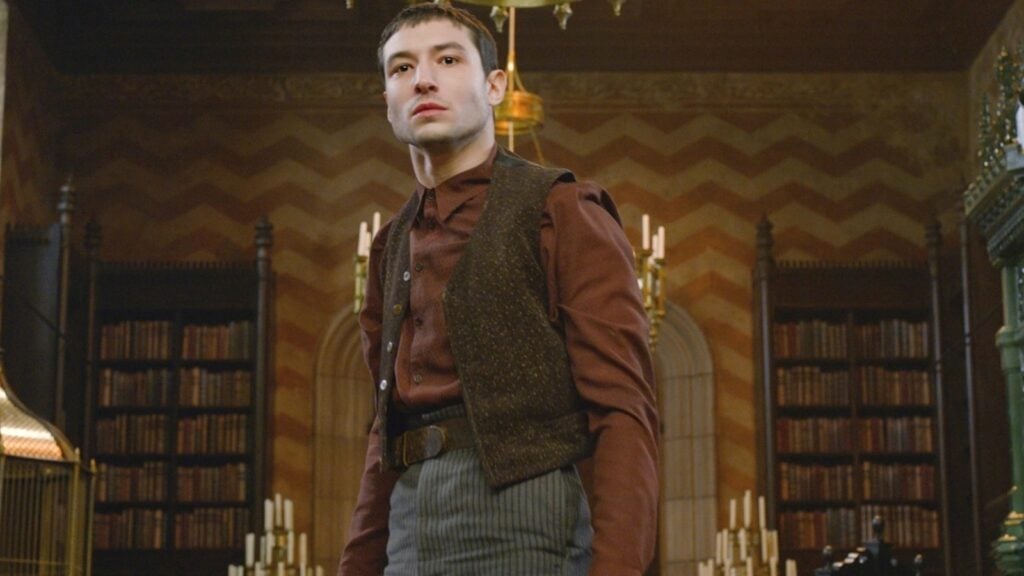 Who is Ezra Miller?

The actor rose into fame with the 2012 movie The Perks of Being a Wallflower however, Miller’s feature film debut was in Afterschool (2008), which they followed by starring in the drama We Need to Talk About Kevin (2011).

The twenty-nine-year-old actor has revealed they’re non-binary. As reported in the Los Angeles Times, “Miller described having a ‘very wonderful, magical childhood’ in a place that had a high concentration of wealth and a low concentration of ‘human happiness.’”

Ezra Miller has since starred in Fantastic Beasts and Where to Find Them (2016) and Justice League (2017). 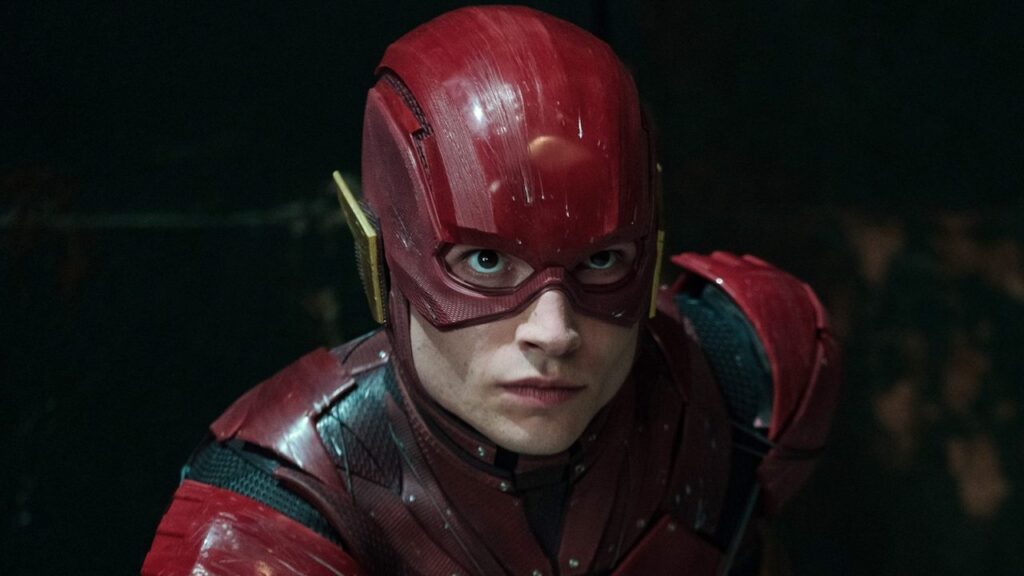 As Los Angeles Times reports, “A seven-second video surfaces in April 2020 that appears to show Miller saying to a female fan in Reykjavik, Iceland, ‘Oh, you wanna fight? That’s what you wanna do?’ The woman jokingly prepares to fight — and then Miller grabs her by the throat and wrestles her to the ground.” Fans immediately called for the actor to be removed from future projects based on this violent outburst.

Then in 2022, “Police are called to a dispute on March 19 in downtown Hilo, Hawaii, where Miller is allegedly “uncooperative,” according to an assistant police chief, and refuses to leave the area. The actor continues to obstruct a sidewalk, and in return they are cited by police for obstructing a highway,” Los Angeles Times states.

“Miller is arrested after an incident at a bar in Hilo on March 28. At the bar, Miller allegedly became ‘agitated’ when people began singing karaoke. The actor yelled obscenities and grabbed the microphone from a woman who was singing, earning themself a disorderly conduct charge. They later lunged at a man who was playing darts, notching a harassment charge.” 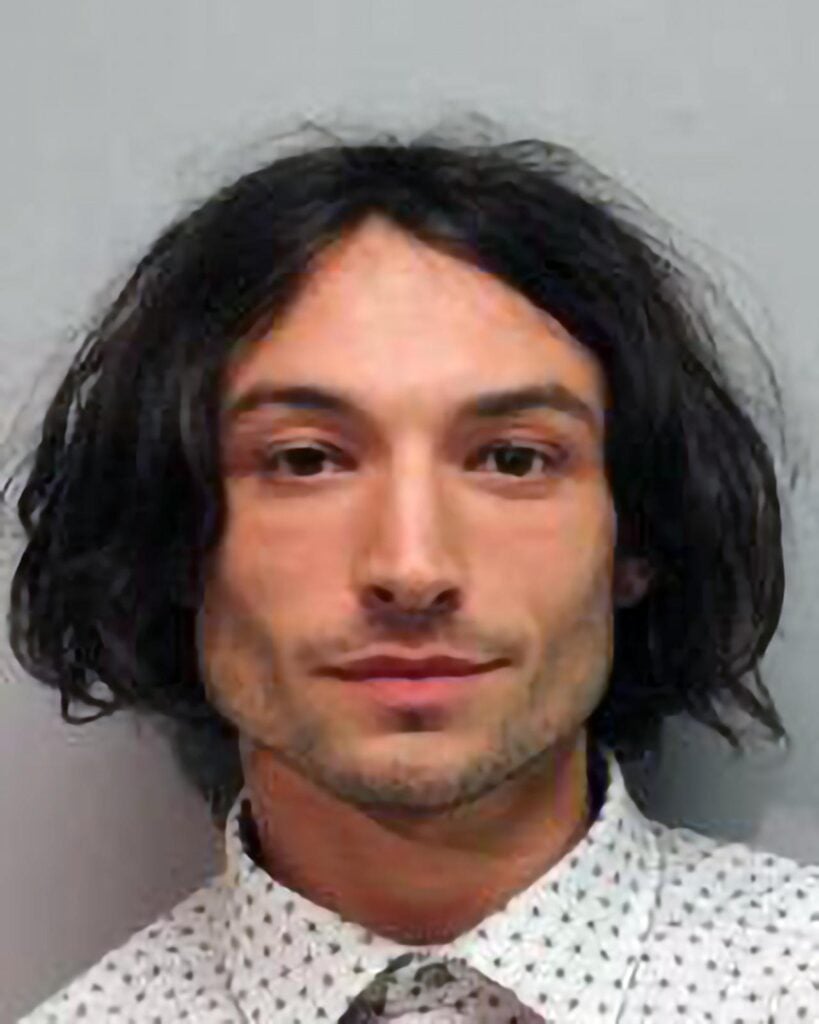 “The bar owner asked Miller to calm down several times to no avail,” police said. Miller posts $500 bail and is quickly released.” It’s clear Ezra is going down a slippery slope even facing jail time for his outbursts just ahead of his first solo superhero movie release in 2023.

Then, “A couple gets a restraining order against Miller, accusing the actor of barging into their bedroom and threatening them at a Hilo hostel. The documents say Miller ‘burst into the bedroom of the petitioner(s) and threatened’ the man by saying ‘I will bury you and your s— wife.’” They also allege that Miller took items including a passport and a wallet.” 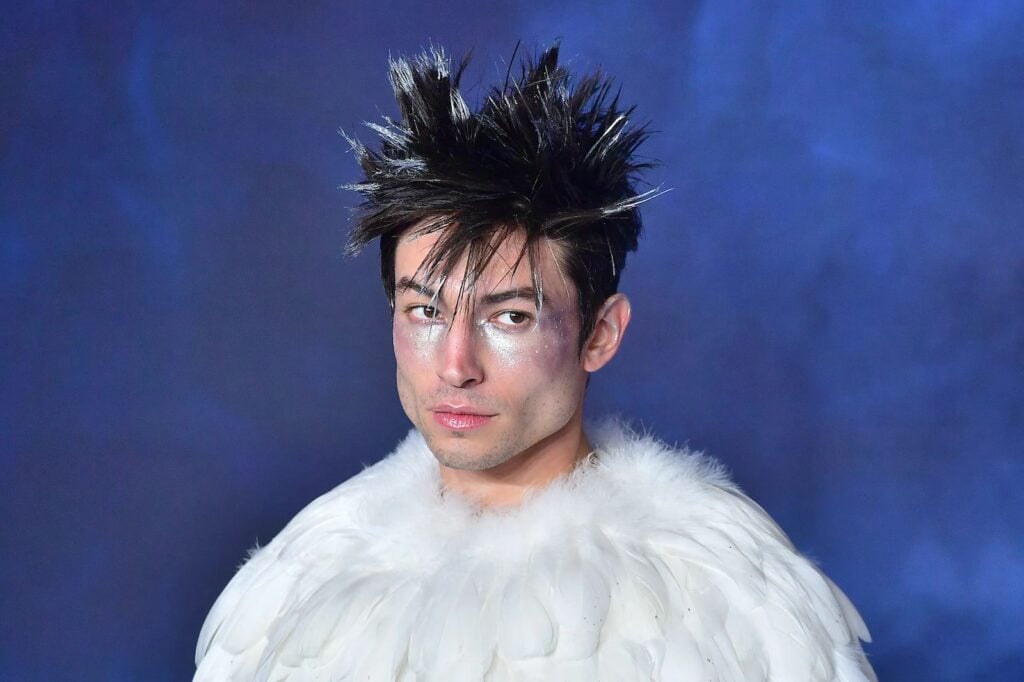 The order is dropped just before the actor was due to appear in court, however, it’s clear they aren’t finished with their tirade. “Miller is arrested again in Hawaii on April 19 after allegedly throwing a chair at a 26-year-old woman’s head at a home in Pāhoa on the Big Island.”

“The actor is taken into custody on suspicion of second-degree assault during a traffic stop around 1:30 a.m. Police say the actor ‘became irate’ when asked to leave a get-together at the home and hurled the chair shortly after 1 a.m., leaving a half-inch cut on the woman’s head. A few hours later, Miller appears in court via video in the March karaoke bar case and pleads no contest to disorderly conduct,” as stated in the Los Angeles Times. 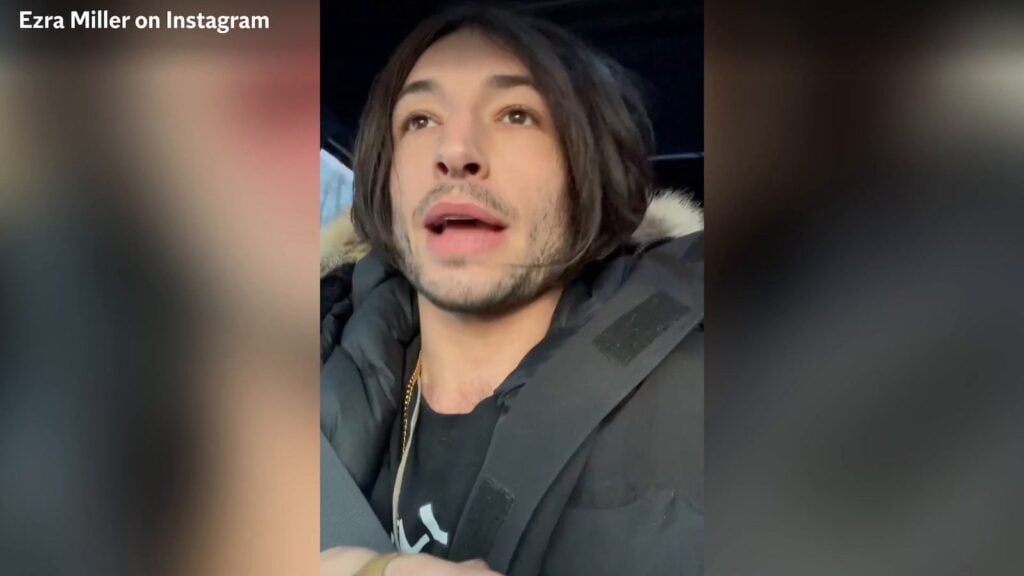 “Ezra Miller has been hosting a 25-year-old mother and her three young children at their Vermont farm, a living arrangement that worries the children’s father, as well as two others with knowledge of the situation,” Rolling Stone reports.

“Two sources with knowledge of the situation expressed concern to Rolling Stone that it is an unsafe environment for children, alleging there are unattended guns strewn around the home on Miller’s 96-acre property. One source, who, like the other, requested anonymity for fear of retribution, recalled an instance where one of the children — a one-year-old — allegedly picked up a loose bullet and put it in her mouth.” 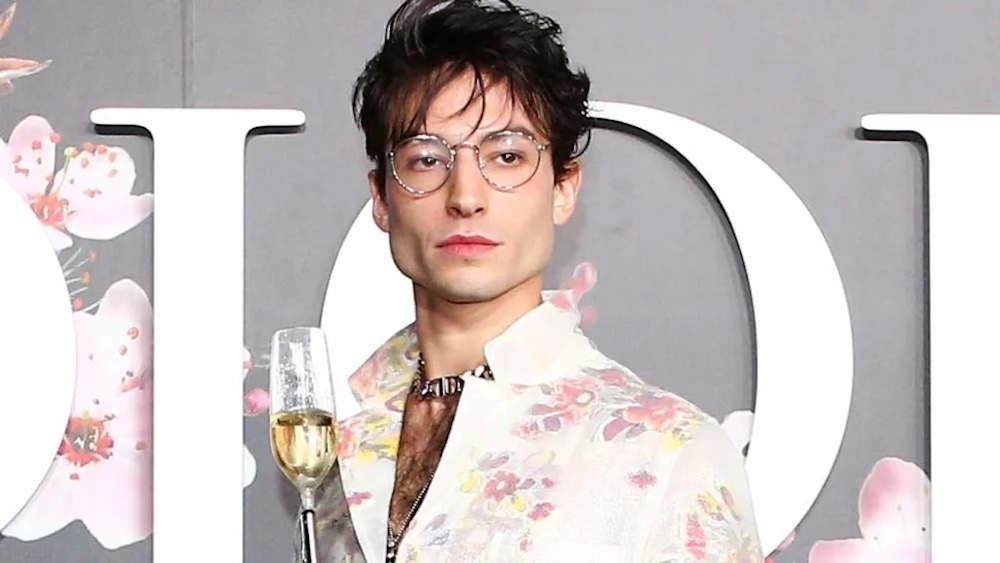 According to Rolling Stone’s report, the environment is “unsafe for children”. Video footage from April reviewed by Rolling Stone appears to show at least eight assault weapons, rifles, and handguns lying around the living room, with some weapons propped up next to a pile of stuffed animals.

It’s not been confirmed whether or not DC will take action against the disturbing behavior displayed by Ezra Miller, but his future in Hollywood could hang in the balance.

Do you think Ezra Miller should face losing any future roles? Will you still watch The Flash? Let us know your thoughts in the comments.