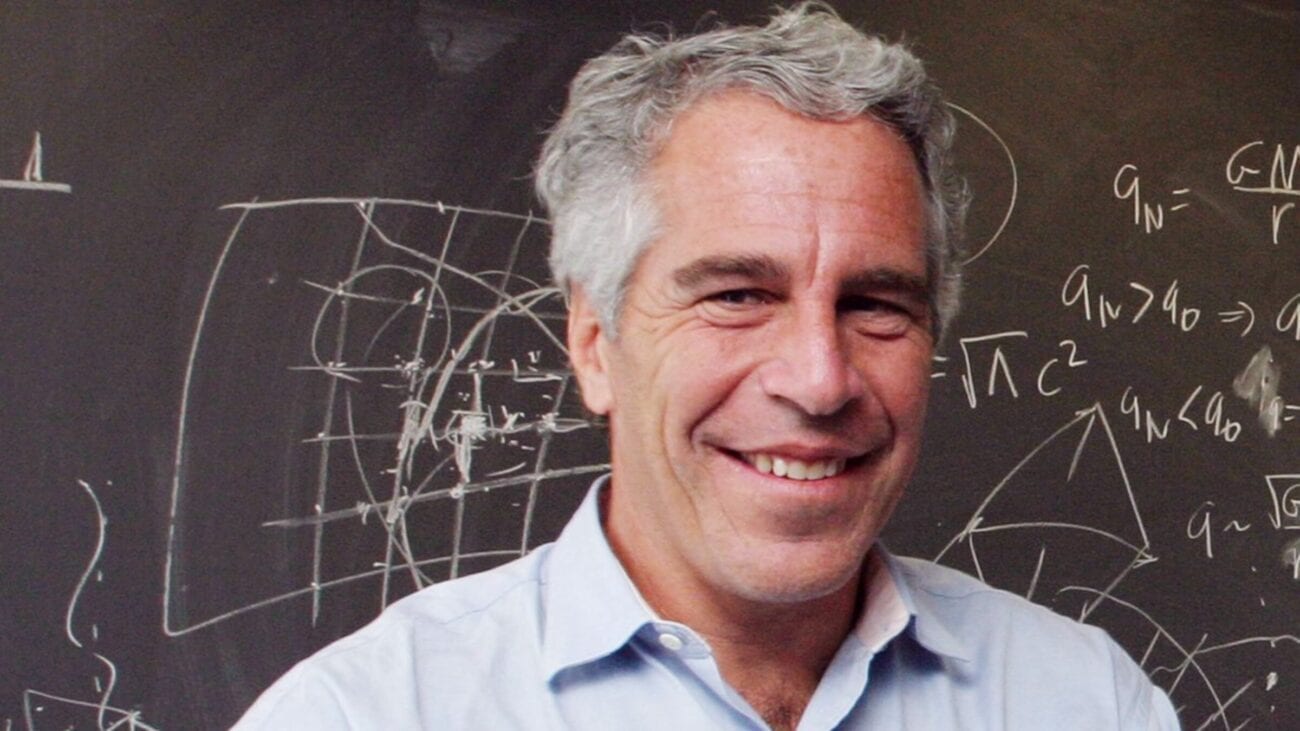 Jeffrey Epstein as your teacher? The sex offender’s life in education

Jeffrey Epstein’s launch into the world of the elite started out with a humble teaching position at The Dalton School in New York. Although Epstein hadn’t even earned an undergraduate degree, he was hired to teach math and science at an Ivy prep school in Manhattan’s Upper East Side.

Who exactly hired Epstein is still unclear, but it’s likely that the school’s headmaster, Donald Barr, was involved. 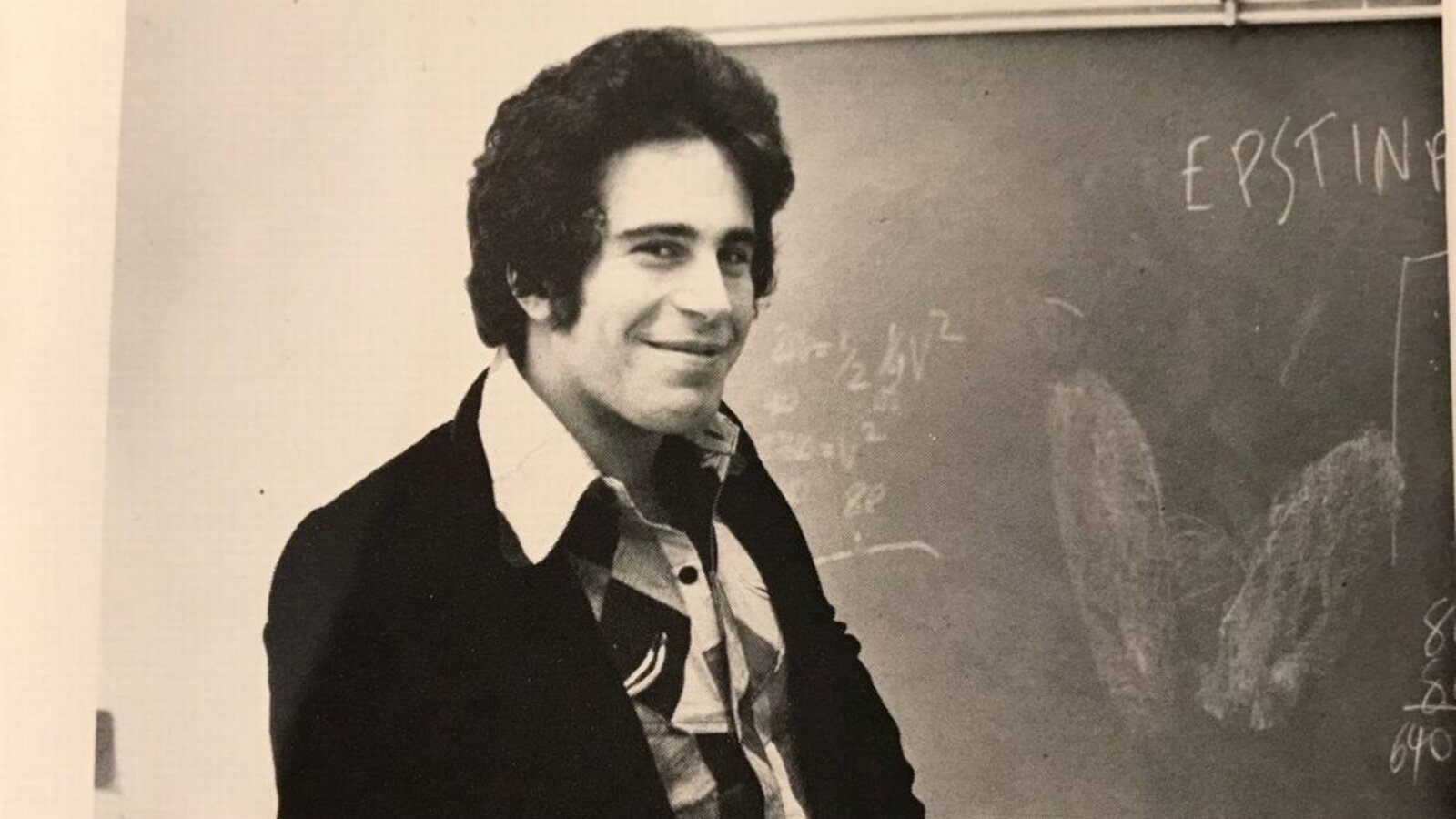 Epstein was only 21 when he was hired in 1974 and not only stood out because of his age but also because of the flamboyant fur coats he would wear. As the son of a homemaker and a groundskeeper, it’s surprising that a 21 old would even have a fur coat, but it’s clear that Epstein wanted to stand out. The impression Jeffrey Epstein left on students was that he was more interested in having fun than in teaching. 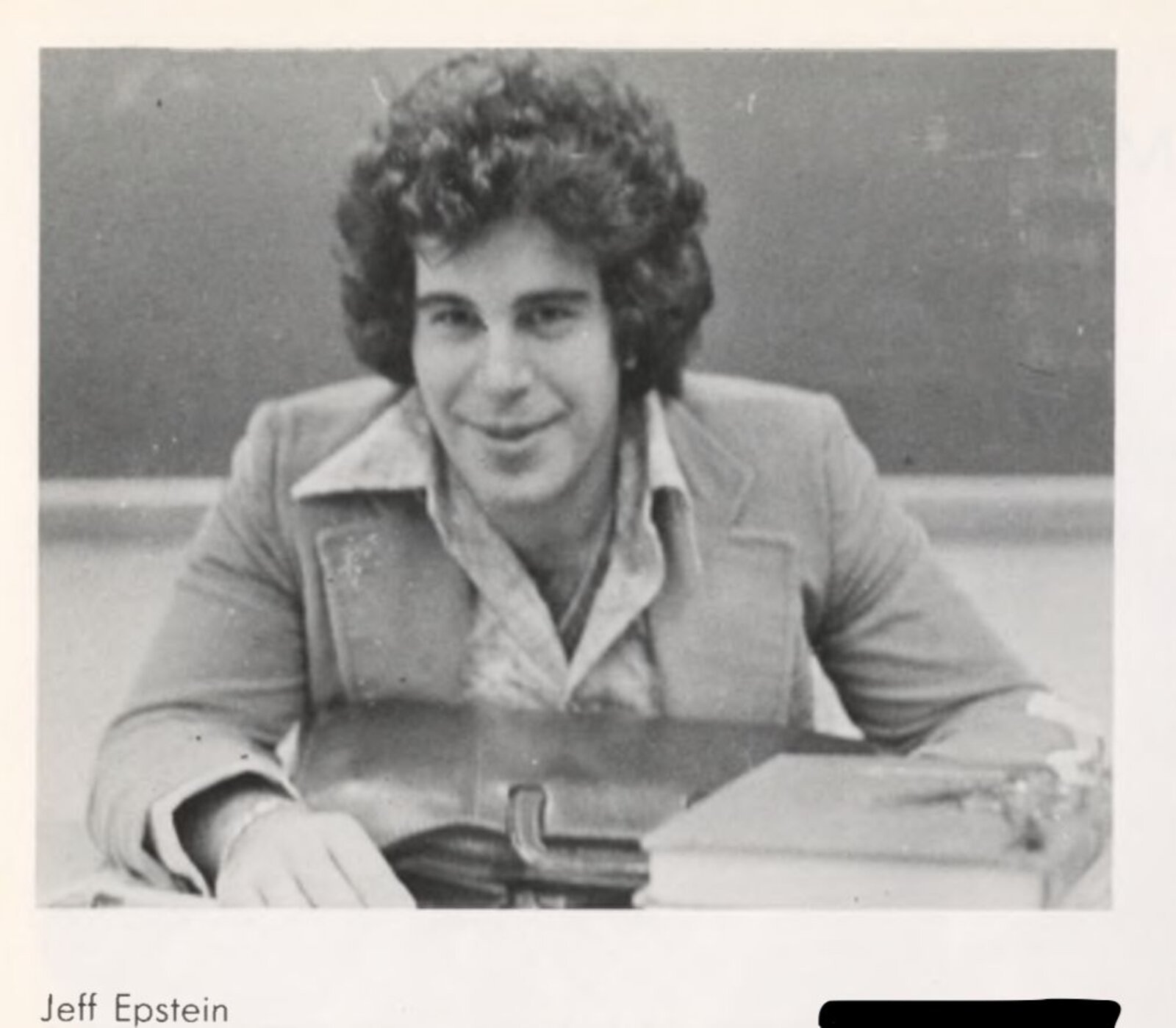 Many students remember Jeffrey Epstein by his informal dress and the casual relationships he had with students. Epstein was known for treating the students more like peers than as pupils.

Some even remember Epstein as always surrounded by a gaggle of female students, whom he was openly flirtatious with. The Dalton School was more than an opportunity for Epstein to flirt, however. 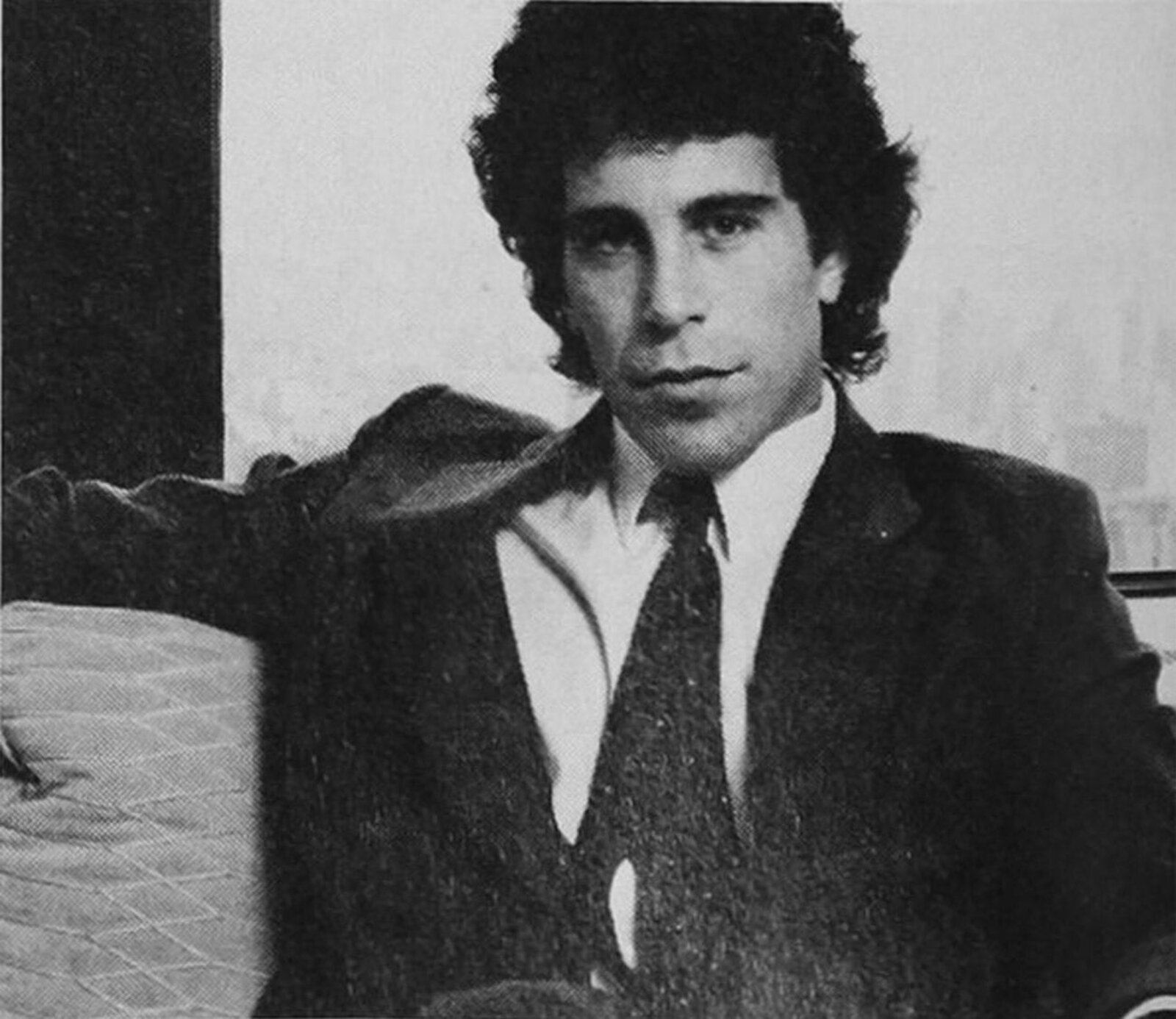 Some of the wealthiest children in the U.S attend The Dalton School, and Jeffrey Epstein was getting an education in navigating the world of high-class society. Epstein met a number of well-connected peers, even tutoring the chairman of Bear Stearns’ son. By the end of 1976, the science faculty gave Epstein an unfavorable evaluation but before they could tell him to move on Epstein left the school. 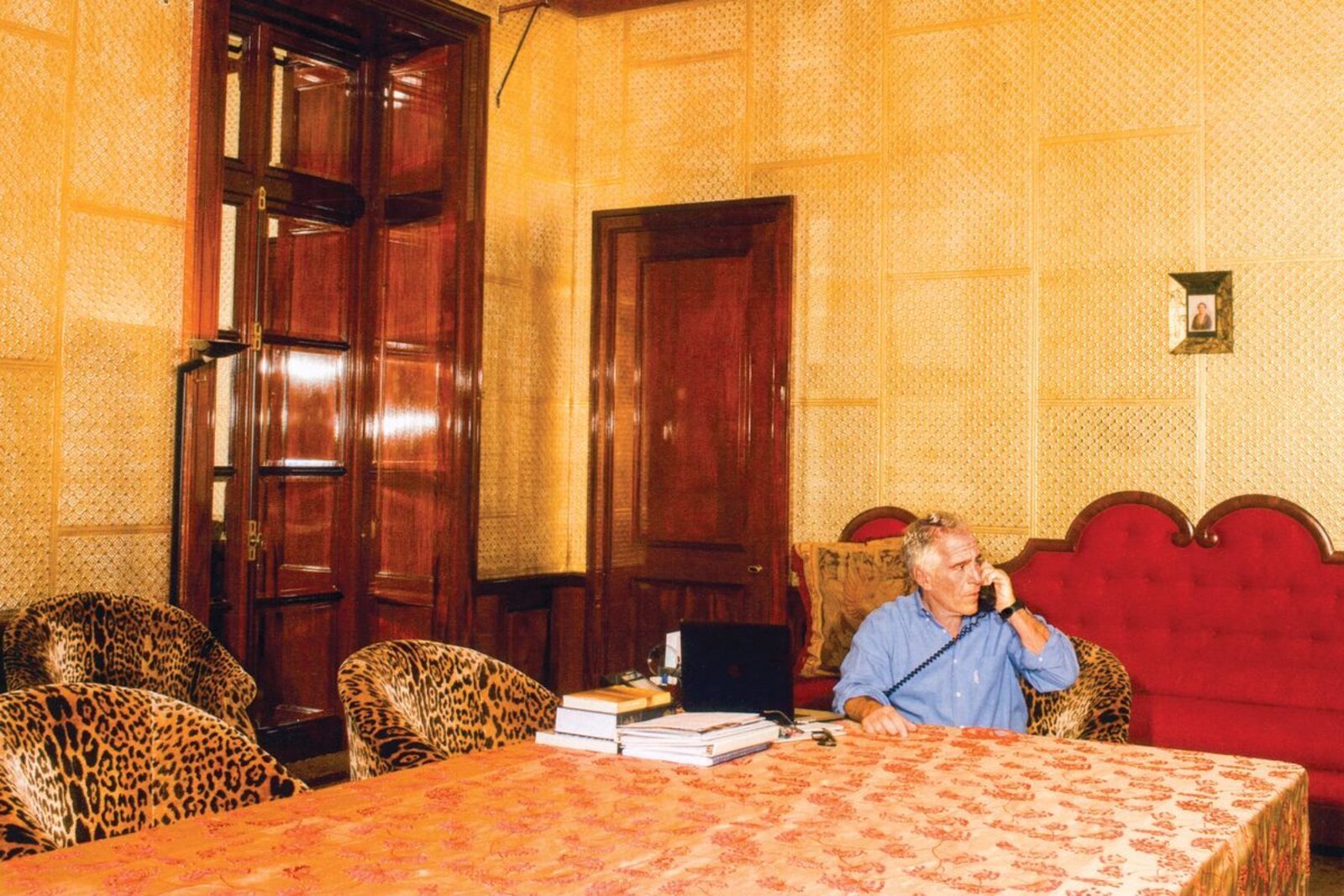 After his career in education, Jeffrey Epstein moved on to bigger things

Jeffrey Epstein became an options trader, and in just four years after leaving The Dalton School, Epstein would make it as a limited partner for Bear Stearns. It’s hard to say whether this decision came from Epstein tutoring the Bear Stearns chairman, Alan C. Greenber’s, son but we’re sure it didn’t hurt. Yet it’s still unclear why Epstein was even hired by The Dalton School to begin with. 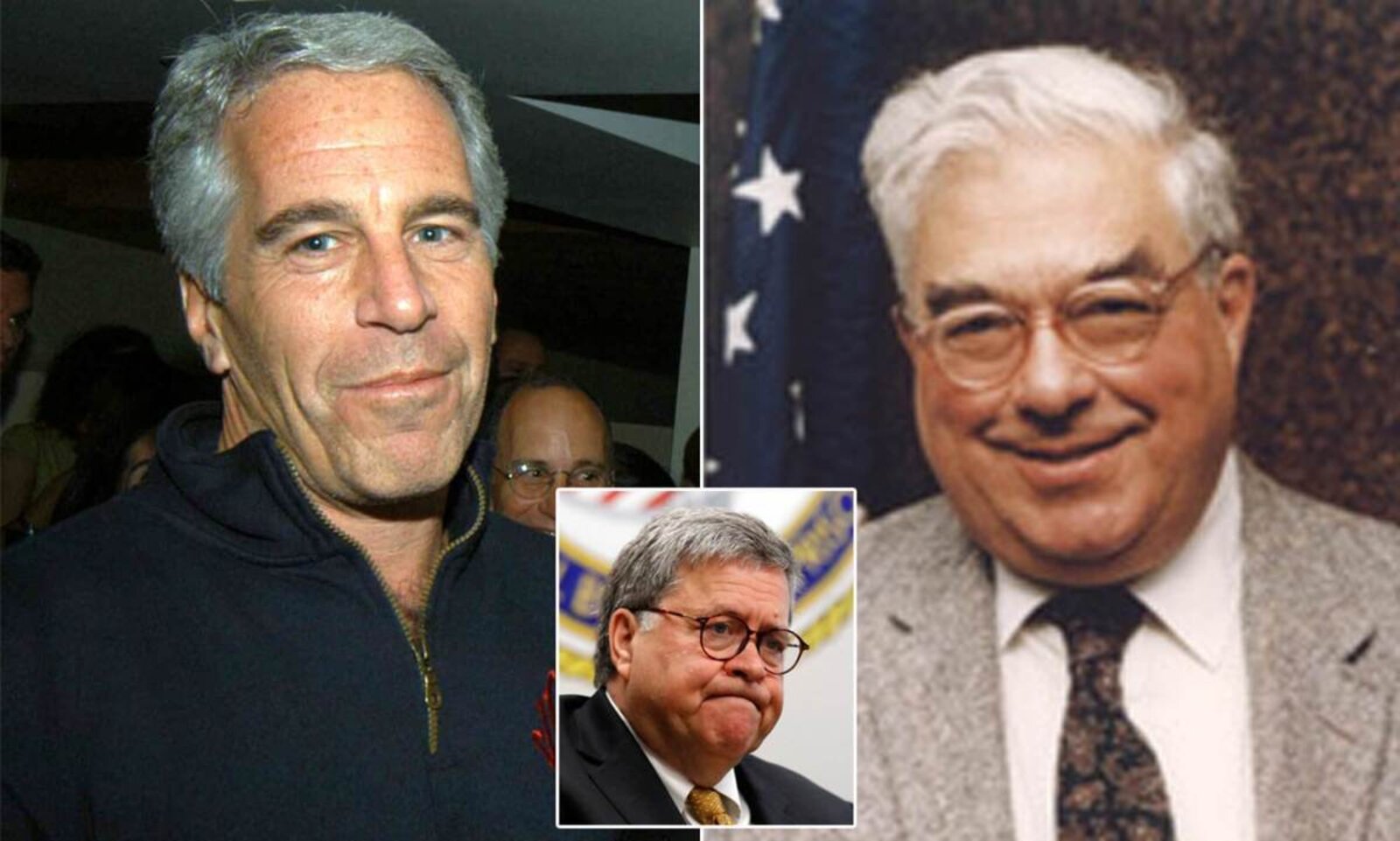 Who was the headmaster that hired Jeffrey Epstein at The Dalton School?

We circle back to what may be one of the most interesting coincidences in Jeffrey Epstein’s education career, former Dalton School headmaster Donald Barr. Donald Barr served in the Office of Strategic Services during World War II, a secret service organization whose functions were permanently taken over by the CIA in 1947. During WWII Donald Barr was tasked with “de-nazifying companies and industry”. 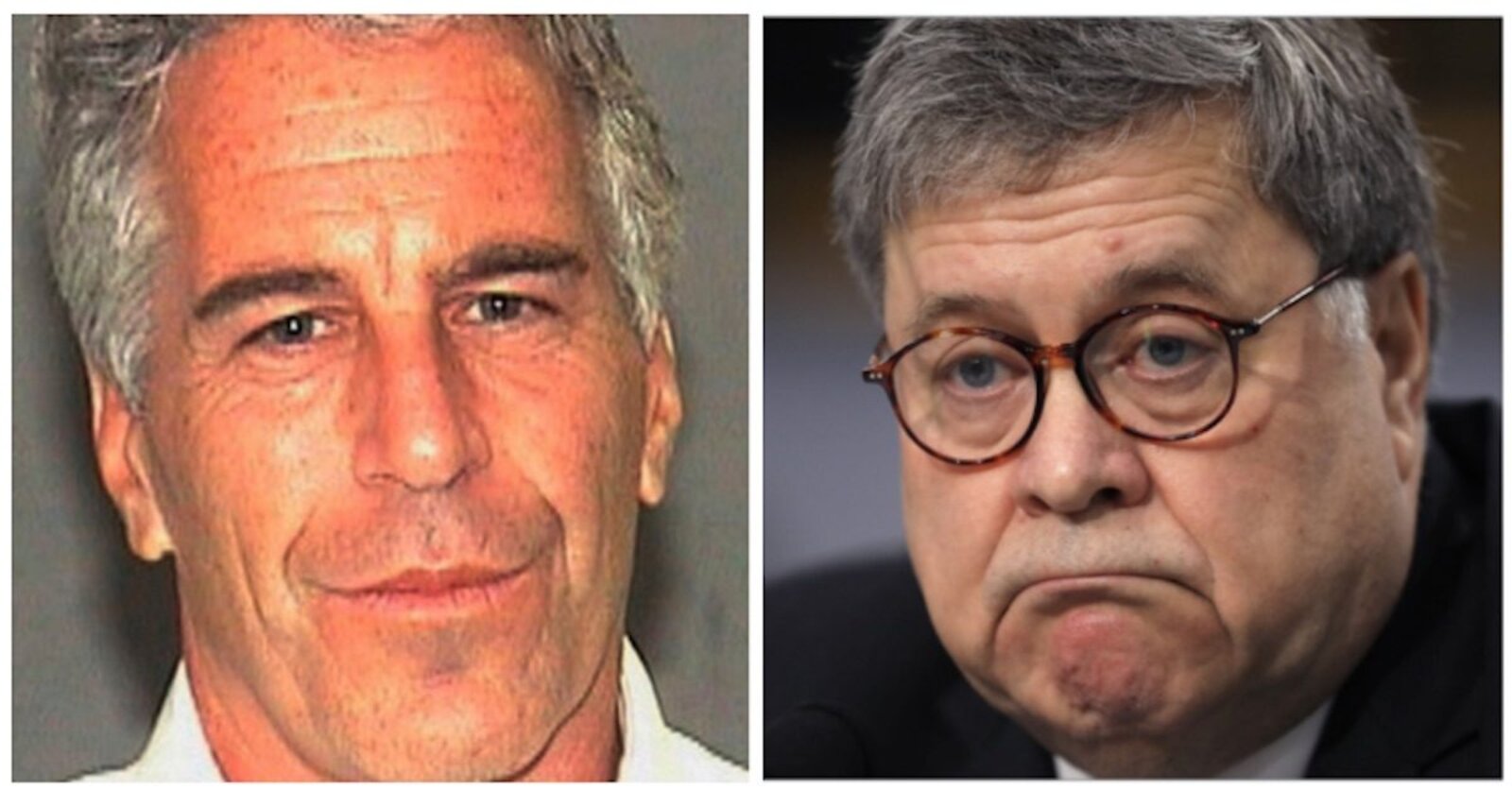 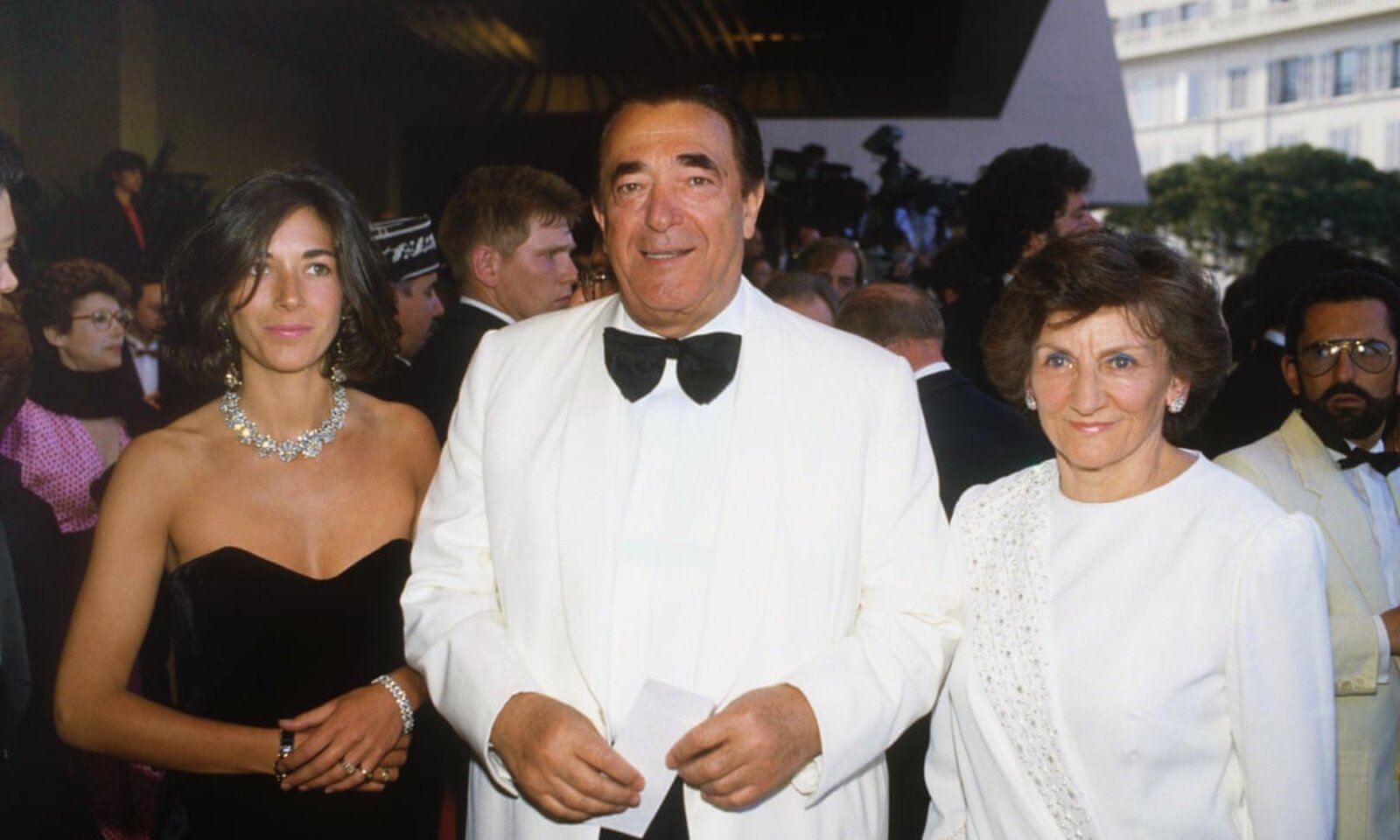 Back in New York, while Epstein was teaching at The Dalton School, Barr’s son, William Barr was interning at the CIA. Because of the nature of these organizations, it’s hard to know whether enlisted members maintain a relationship with active operations, but the fact the Barr’s son has moved on to be the current acting United States Attorney General may have required some friends in high places.

Whether or not Donald Barr was an active secret agent when he hired Jeffrey Epstein cannot be known. It’s also unclear what reason Barr would have had for making that selection so early in Epstein’s life, but Donald Barr’s former connection to Robert Maxwell makes Epstein’s relationship to Ghislaine Maxwell an interesting coincidence. 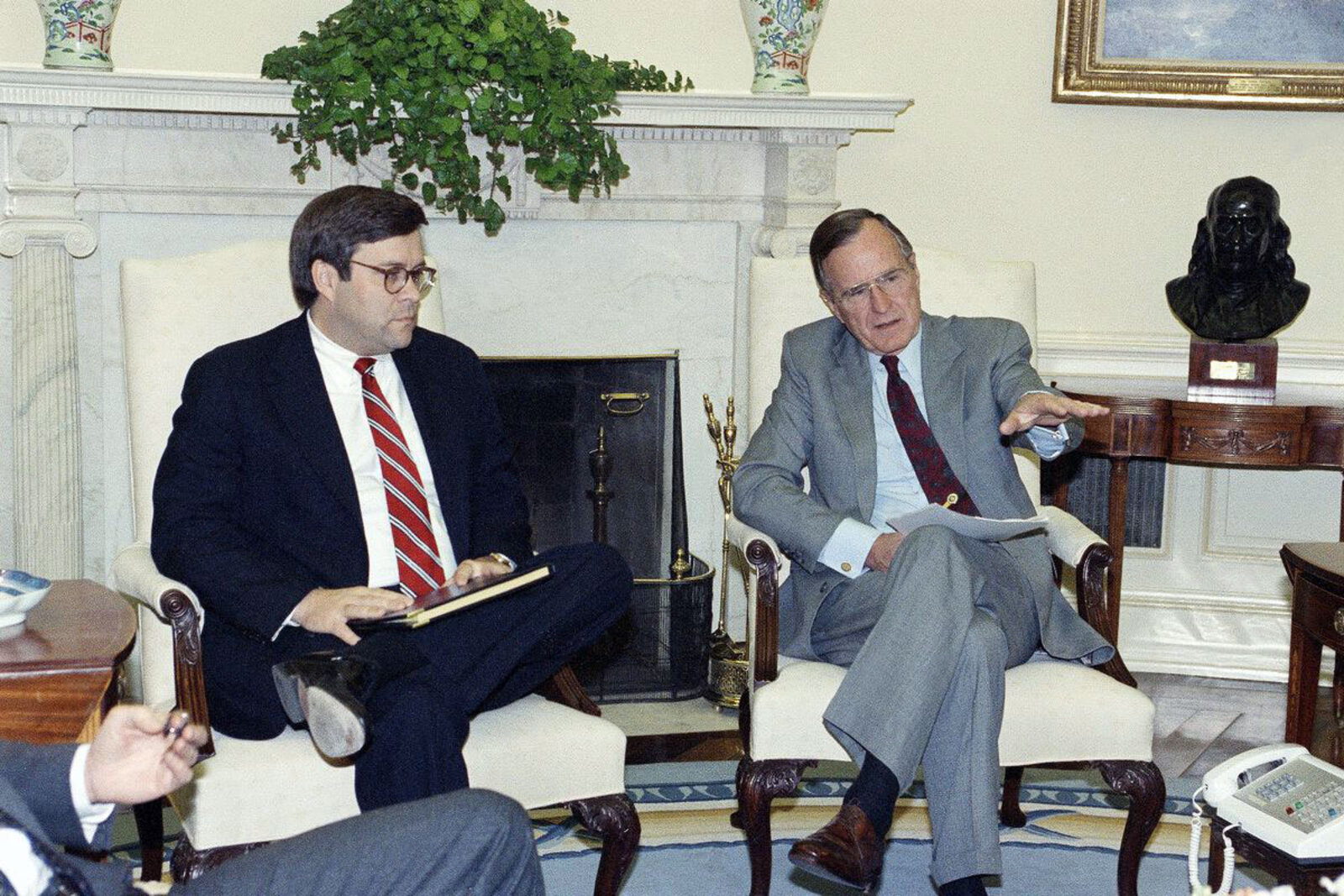 The year that Donald Barr hired Jeffrey Epstein is also the year that Barr published a strange science-fiction novel Space Relations. The novel met with lukewarm success, but what’s interesting is that the novel depicts a future planet ruled by oligarchs who engage in child sex slavery. The writing has been described as pretentious, but it depicts graphics scenes of rape and sexual abuse against young slaves.

The plot of Space Relations has been noted to be eerily similar to the crimes that Jeffrey Epstein has engaged in. It’s definitely a stretch, but even the strange tower on the cover if Space Relations is reminiscent of the doorless sex temple Jeffrey Epstein had built on his island. William Barr who was so “appalled” by Epstein’s death, seems unlikely to share the same opinion about his father’s “fiction”. 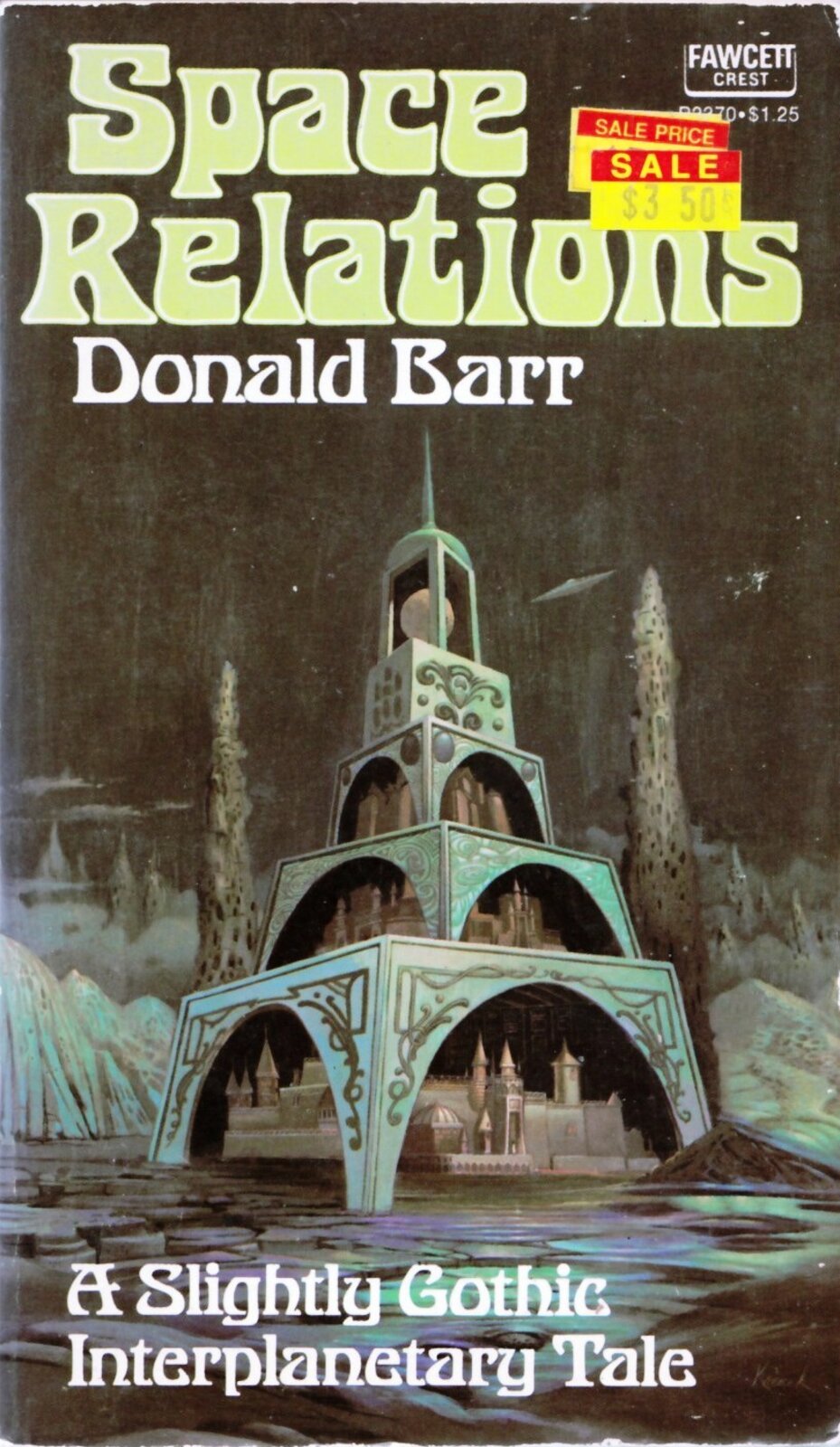 The fact that Jeffrey Epstein was hired by The Dalton School in the first place is surprising and definitely raises eyebrows, considering his lack of formal education. Why Epstein was chosen is still not clear, but Ghislaine Maxwell’s case may open more secrets. The coincidences continue to pile up where it’s almost comical that the acting U.S Attorney General has a long lost connection to Maxwell through his father.

As the Ghislaine Maxwell case moves forward, we expect to hear a whole trove of new juicy secrets about Jeffrey Epstein and the sex ring that he ran. How well these secrets will be protected are yet to be seen, but the most recent request to block key documents has been denied. We’ll keep you updated as new information is available. 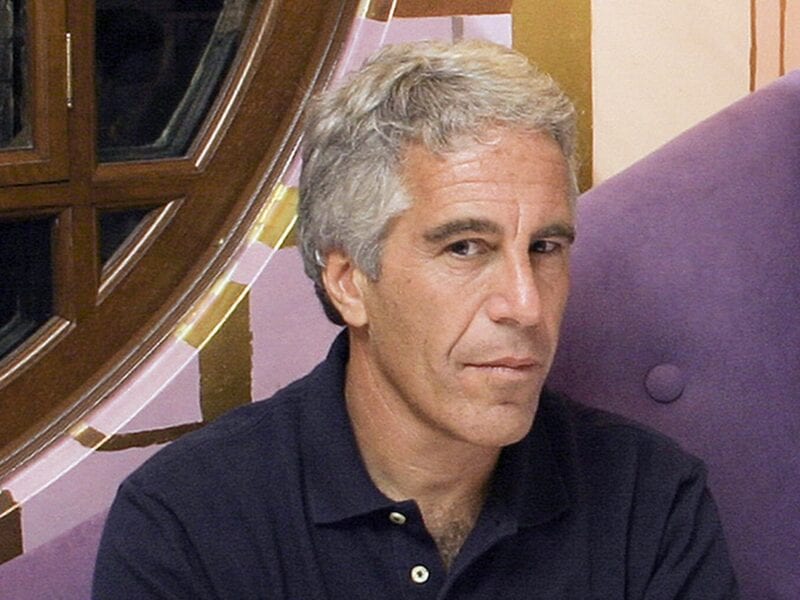