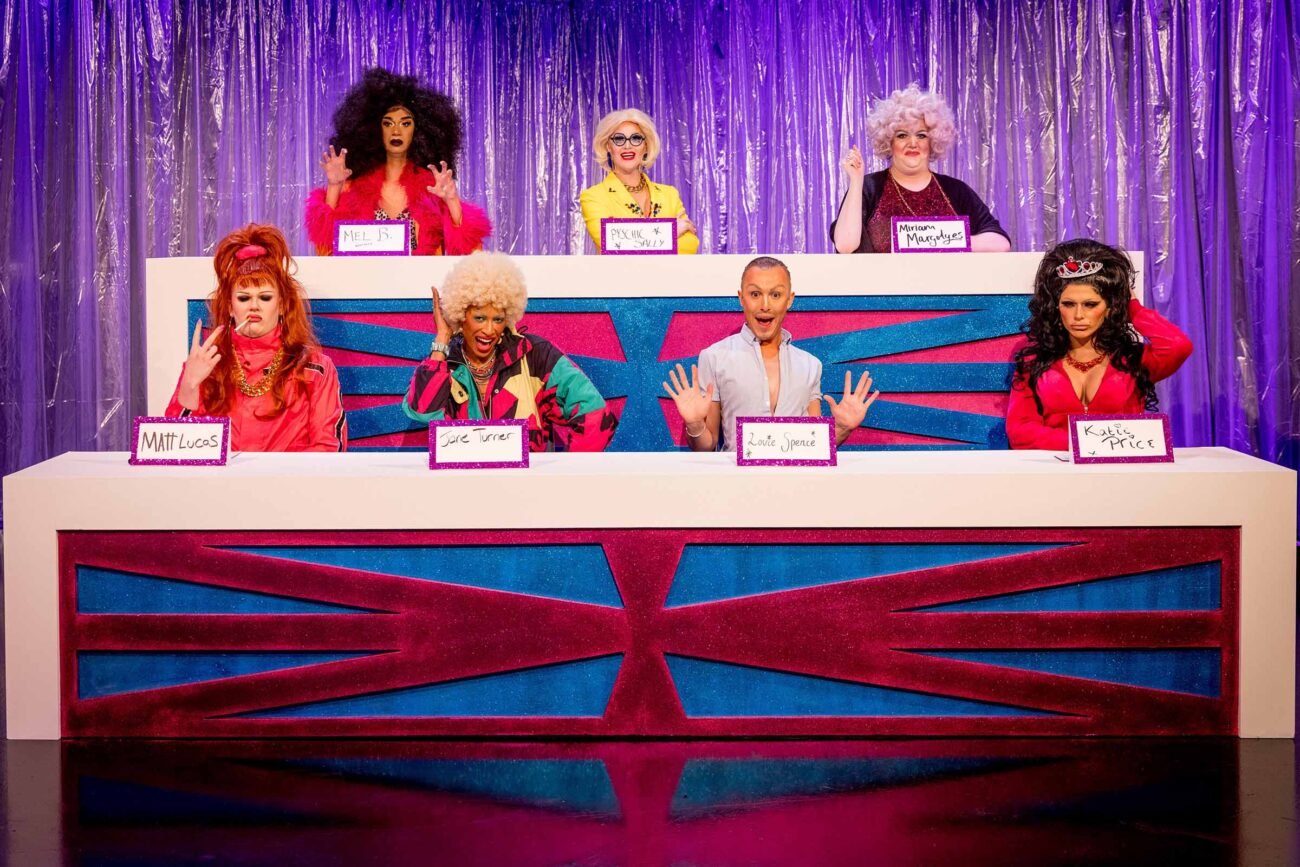 ‘Drag Race UK’: Hear from the queen eliminated by the Snatch Game

Whether you’re a tea or coffee drinker, Tia Kofi has what you’re looking for. But sadly, apparently it’s not what RuPaul’s looking for, as we had to watch her sashay away on this week’s episode of RuPaul’s Drag Race UK.

The iconic Snatch Game episode tends to leave people sour about the elimination, and Drag Race UK is no different. Fans can’t believe a queen like Tia was left walking away after almost becoming a lip sync assassin against Lawrence Chaney. But her Mel B left more to be desired, and it was the final straw for RuPaul. 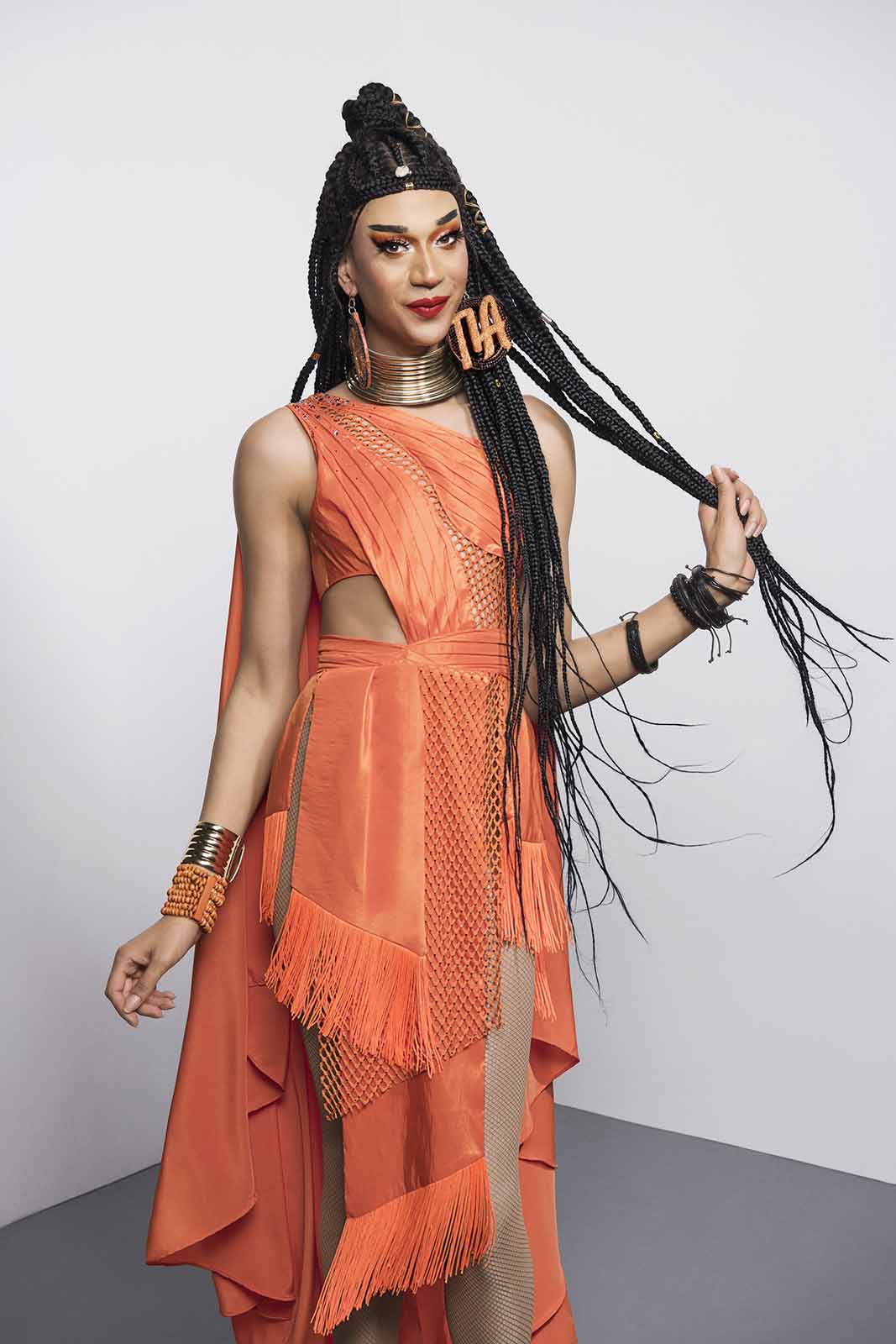 Ru has a soft spot for Tia Kofi

To everyone watching Drag Race UK this season, it’s clear as day Ru adores Tia Kofi. But while filming, Tia apparently failed to see what was right in front of her.

Laughing, Tia told us, “I wish someone had told me while I was there! I was like panicked and in my head! I didn’t notice until I watched the program. But I was like, ‘Ru liked me this whole time. Like who knew?’ I really didn’t see it when I was there.” 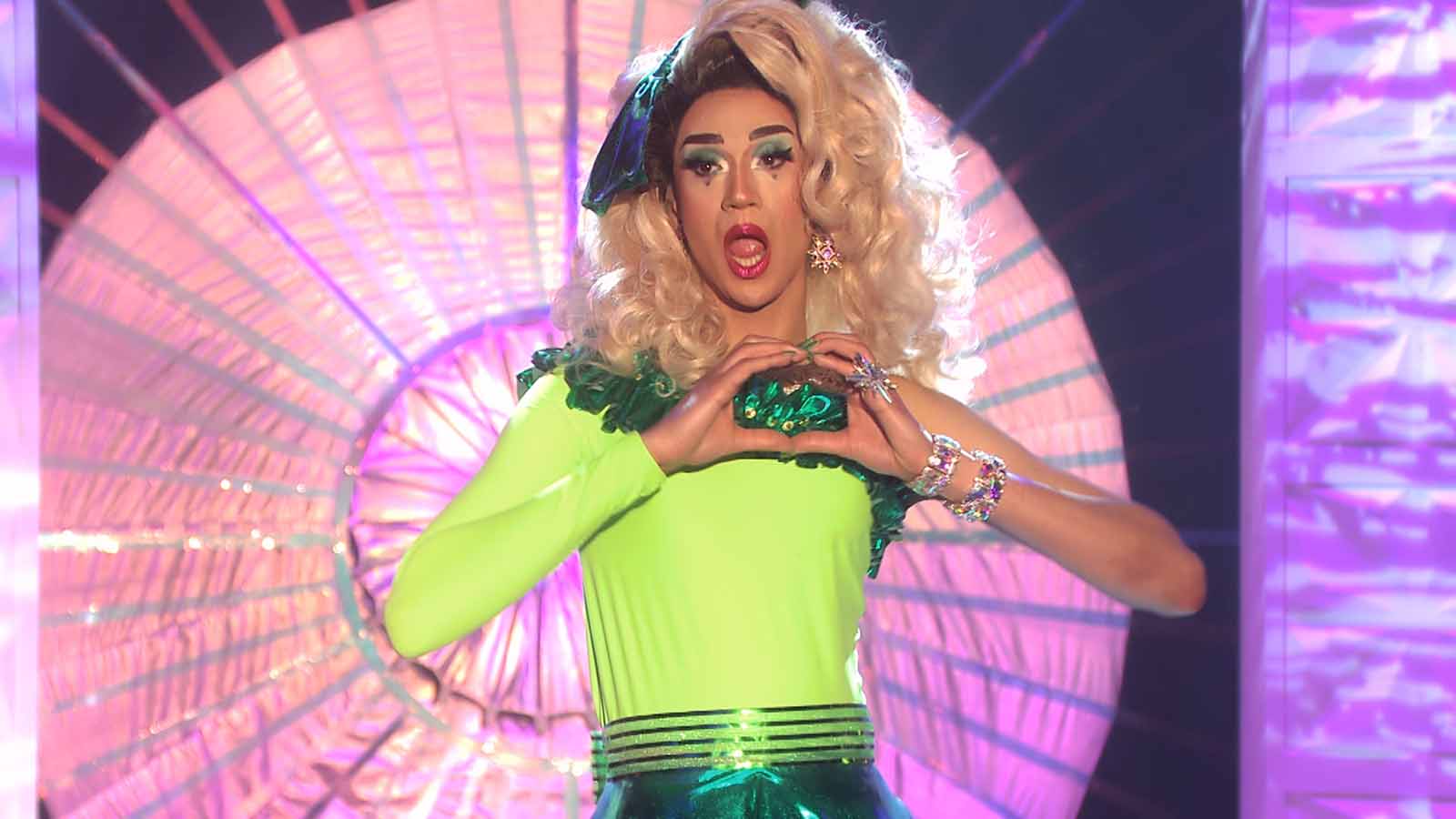 The lip sync assassin of our hearts

Regardless of what the other girls think, Tia definitely will continue to call herself the “lip sync meh-sassin” of Drag Race UK season 2. Ironically though, Drag Race UK was the first time Tia even properly lip synced.

“You know what, I’m not a lip syncer. I sing live. Charlie Hides iconically said 99% of queens in London sing live. So I hadn’t really lip synced before. I think my first proper lip sync all the way through was against Asttina Mandella on Drag Race UK. So it was a surprise to me as much as it was to everyone else that I was able to do that.”

You can read our full interview with the eliminated Tia Kofi below. 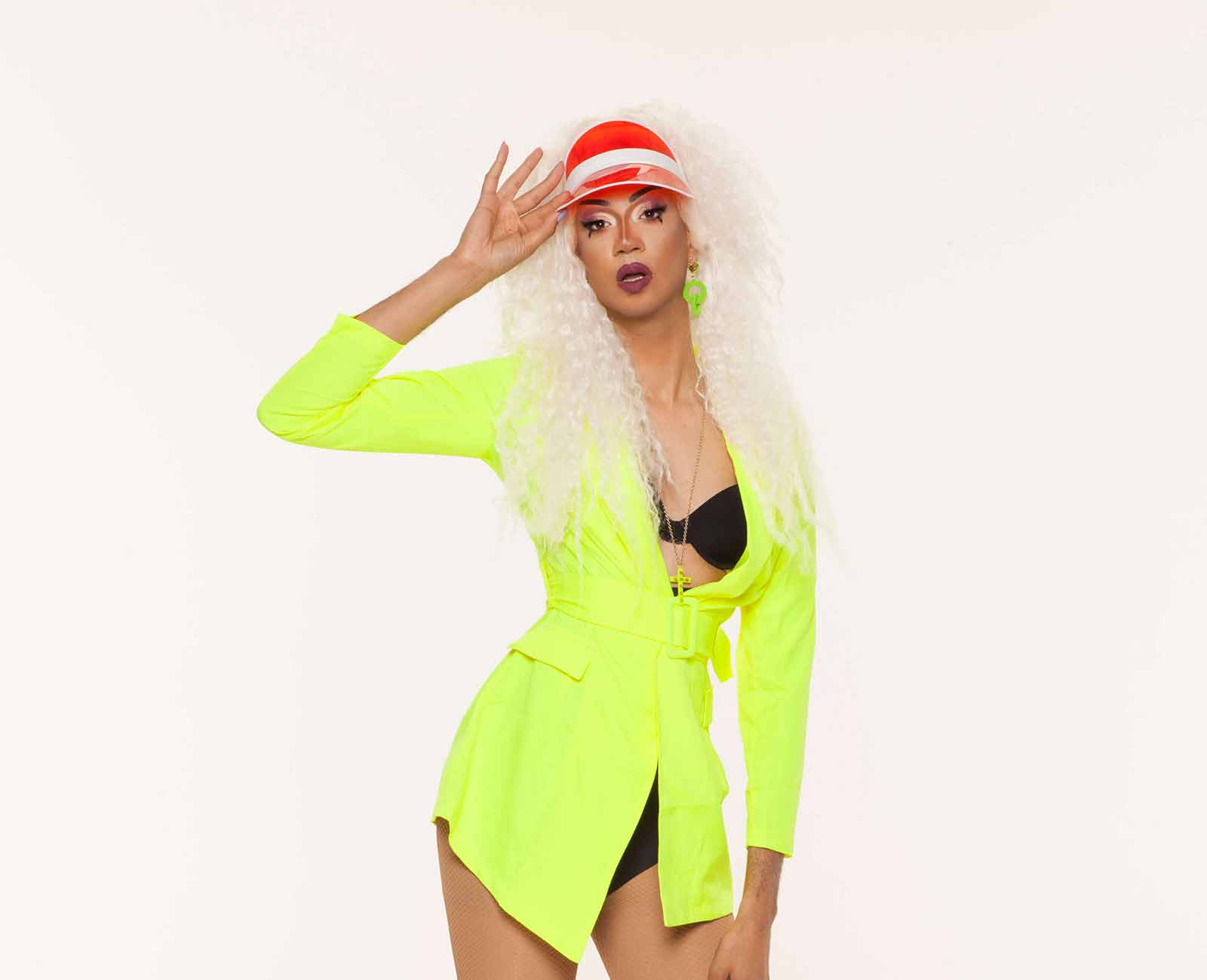 Well, the original thing was that I sort of write and produce my own theater shows that I take up to the Edinburgh Fringe Festival every year. And while I was there I saw a musical, which is called Saucy Jack and the Space Vixens. It’s like, I guess, a space age Rocky Horror, and there was a drag character in it and I’ve never seen anything like it before. I thought it was amazing.

And instead of waiting, like anyone else, for an audition, I just said, “I’m going to do this show myself. I’m going to produce and I’m going to give myself that role.” And I did. I found a bar, because it’s set in a bar. I found a bar in Clapham to perform the show in and cast all of it. Then the bar manager asked me to enter a competition. And I started a girl band called The vixen. We came second in that contest. It was a national contest.

Then it just took off, and it became my full time job. It was very, very, very quick. So, I can’t sort of, I can’t complain about the struggle of making my way in and fighting for those guest spots and things. It was very quick.

Why audition for Drag Race UK, and what was your reaction when you were chosen?

Like in any normal job, if you hear about a promotion, you go for it. You just gotta throw your hat into the ring and hope for the best. I guess Drag Race UK, in a way, is like a promotion for drag queens. *Laughs* Is that a weird thing to say?

I really felt like I wanted to go for it to challenge myself, and just to sort of have that opportunity to say that I competed against the best of the best. And I did, and it was just an absolute roller coaster, and everything that you expected but then also a million other things on top. It was just a wild ride. 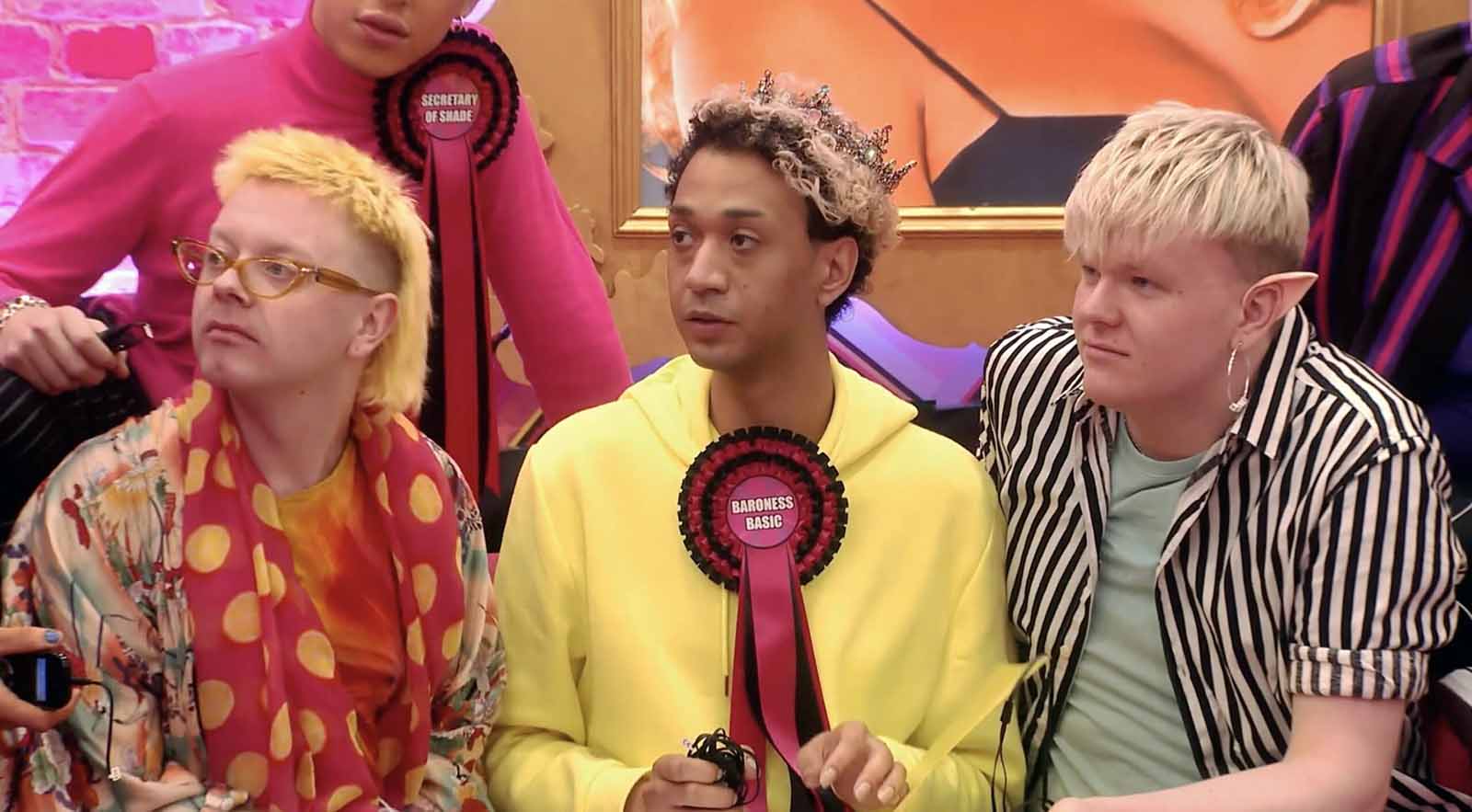 We all infamously remember your title of Baroness Basic in episode 2. Do you think you were able to grow past that by the time you were eliminated?

I hope that the viewers got to like me and maybe didn’t think I was quite so basic. But to be honest, it’s a very superficial title that’s all about your appearance. And to me, the most important thing is what’s going on on the inside. So I’ll continue to wear that Baroness Basic badge with pride.

While we know how close you were with Veronica, it seemed like you tried to befriend every queen in the werkroom. How close are you with your season 2 fam?

Oh, I talk to Joe Black like every day, every single day. We’ve become really really close. Lawrence Chaney and I, we talk a lot too. We’ve become quite a support for each other, especially on this episode, we were both dreading it. Then also I talk to Sister Sister quite a lot as well. We’re very close. 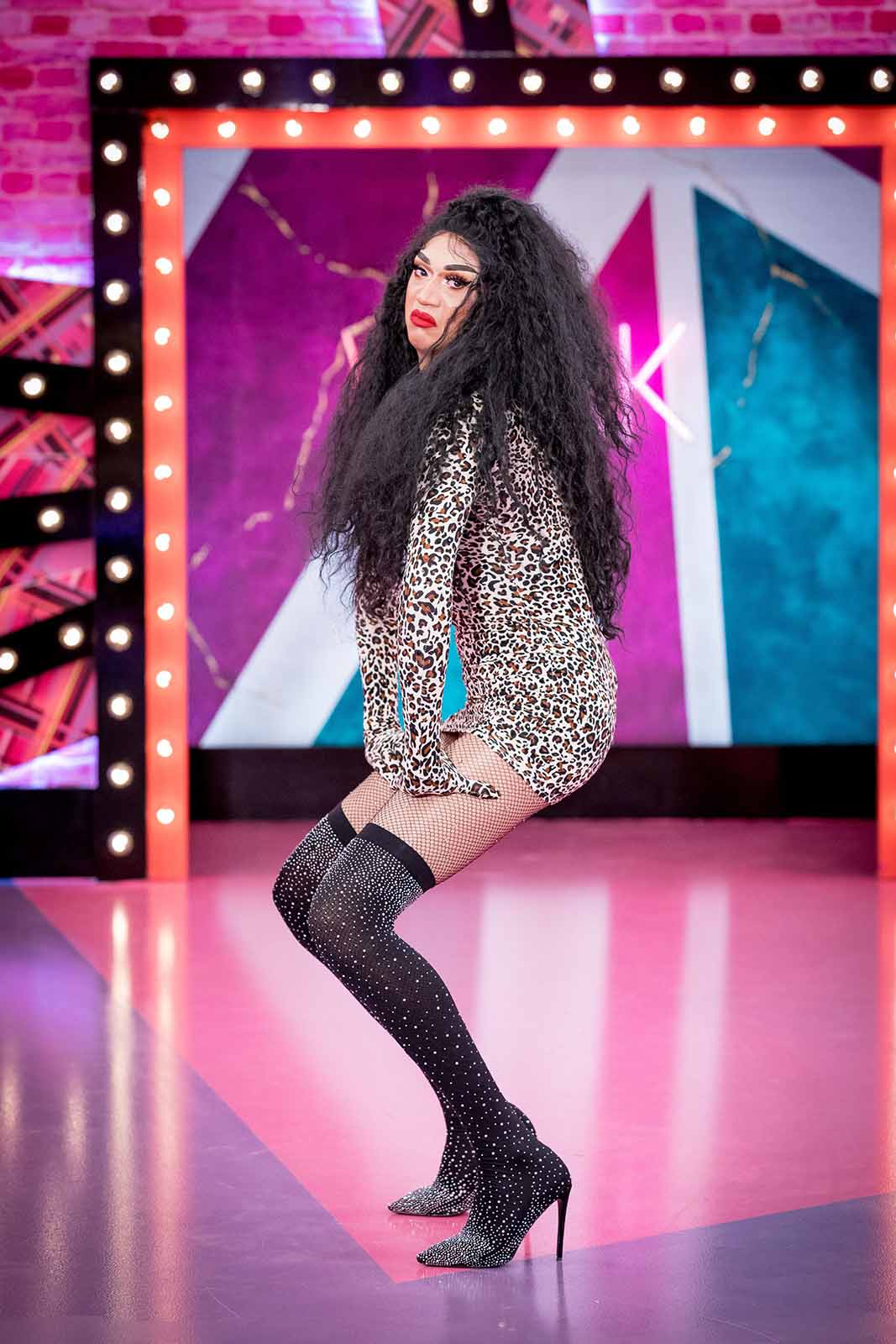 Whether she’ll admit it or not, Lawrence Chaney and yourself were Ru’s clear favorites of the season. Do you think that affected your relationship with the other girls at all?

I wish someone had told me while I was there! I was like panicked and in my head! I didn’t notice until I watched the program. But I was like, “Ru liked me this whole time. Like who knew?” I really didn’t see it when I was there.

I think with Lawrence, I felt like Ru has to like Lawrence. Everyone has to like Lawrence. Lawrence is stunning, glamorous, stylee wigs, the makeup is gorgeous, the proportions are everything, and like three challenge wins in a row! Like, how can you not love that? Lawrence is exactly who this competition is made for because look at the success, even in a singing and dancing challenge.

I feel like now as I’m watching it back, I feel like Ru was like, really willing me, almost like The Little Engine That Could. “Just make it up that hill,  you can do it! You can do it!” I just didn’t see that while I was there.” 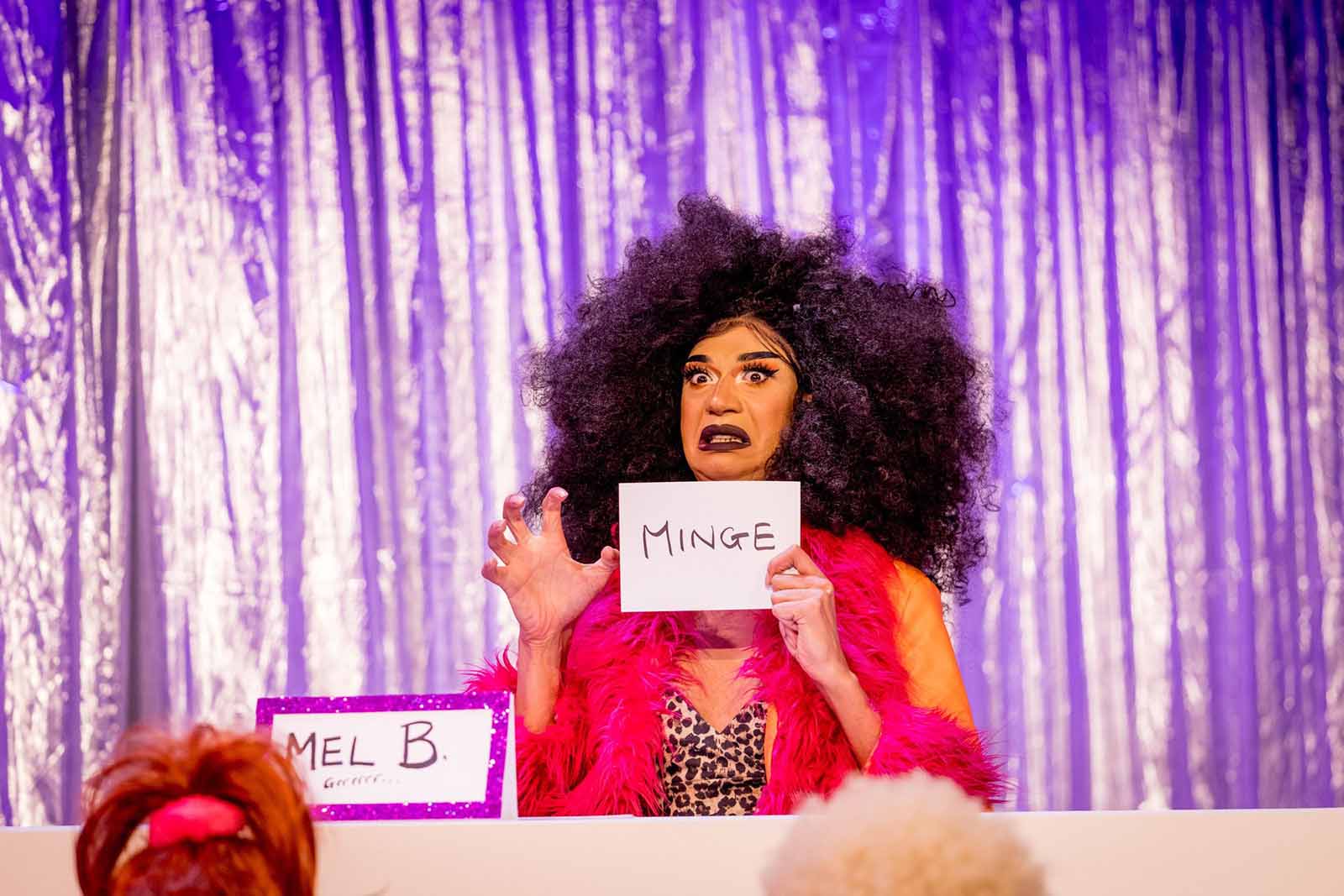 Snatch Game easily is the most iconic episode out of every Drag Race season. How do you feel knowing you at least survived to play the game?

It was just like a lovely moment because it’s such a landmark in every season to get to Snatch Game. So knowing that I managed to get that was, like, absolutely incredible. But I think my favorite thing: I spoke very briefly a piece of advice that I had from Priyanka had said. Priyanka from Drag Race Canada had said, “Listen, people remember the amazing Snatch Games, and the terrible ones.”

And I was like, “Well that’s good for me because that was horrible.” I was supposed to be funny, and I wasn’t. But everyone’s gonna remember the giant Afro wig and the coat that did not go with anything.

Regardless of the other queen’s opinions, you’re easily Drag Race UK season 2’s lip sync assassin. How does that title feel?

I have coined the term “Lip Sync Meh-sassin” for my lip sync performances. But we made it through two! I was really hoping that moment when I turned around, that might be the one time everyone decides to encourage me. But of course right until the very end we had to just bring Tia down! I’m kidding.

You know what, I’m not a lip syncer. I sing live. Charlie Hides iconically said 99% of queens in London sing live. So I hadn’t really lip synced before. I think my first proper lip sync all the way through was against Asttina Mandella on Drag Race UK. So it was a surprise to me as much as it was to everyone else that I was able to do that. 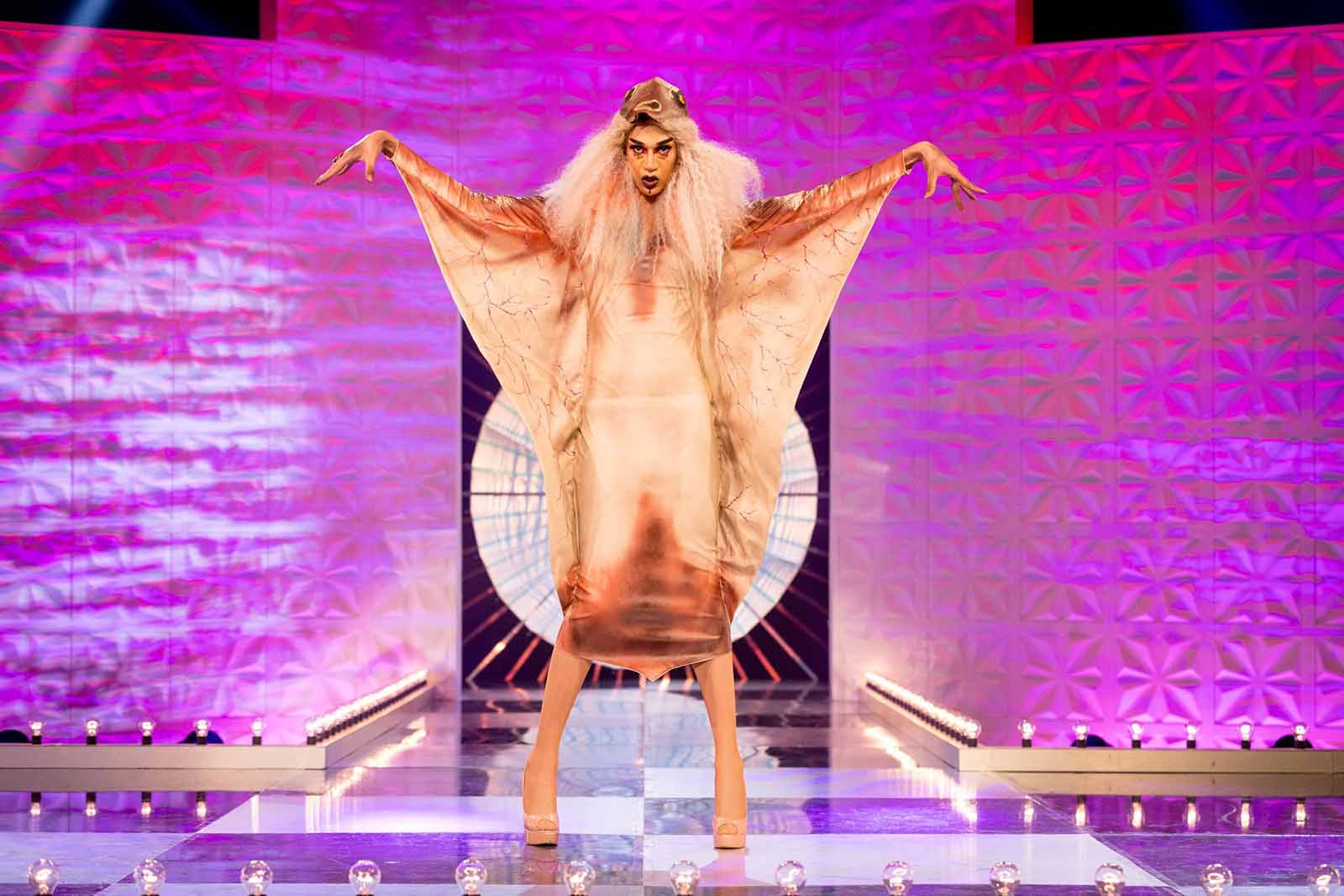 A big part of your critiques came from Ru trying to help you feel more comfortable in your own skin. Do you think that helped or hurt your self confidence?

Um, I definitely think they have helped a lot because it was a source of encouragement when I wasn’t necessarily getting from, you know, my fellow queens. I don’t know if you noticed, they weren’t the most supportive of me during my time there. I like to hear that kind of thing from Ru, like at the end of the day we’re there for the judges’s critique, not for each other’s. So, yeah, it was great. And like Graham [Norton] as well, was just like so encouraging throughout the whole time. I was obsessed with Graham.

How do you think Drag Race UK helped you grow as a performer?

It’s an amazing thing to be able to in a way you see yourself from outside of yourself. Watching the show back you see the opportunity to see almost like a highlight reel of yourself like as a person and as a performer, and as sort of fashion look person. I don’t even know what you call people who wear clothes nicely. That’s why I wasn’t good at the fashion.

What’s next for Tia Kofi? Where can the fans find you?

Well, you can find me on all social media platforms @tiakofi. But more importantly I released a song called “Outside In”, and I believe that I’m the first and only queen who’s ever appeared on drag race to release a song. No one’s ever done it before. I can’t believe I’m the first one ever.

It’s doing surprisingly well in terms of like, you know, clawing its way off the charts and things like that. I’m hoping if we can encourage everyone we know to download a copy on iTunes. Just buy it, it’s 99p. I don’t know what that is in American money. Is it a 99 cent download? I don’t know, I’m in the UK. But it’s mere pennies and it just makes me feel happy. So buy it, listen to it, stream it on Spotify, it will bring me so much joy.