Director Sooin Cho’s new short film Density of Air is an official selection at the Montreal Short Film Awards in their experimental section. And this is with good reason, the film has a surrealist, dream-like quality to it while focusing on society and humanity.

The film follows the main character Seon-heo. Season-heo is one of many workers building a tower. Everyone is eerily perfect. Their movements are rhythmic, their speech, behaviors, and appearances are all flawless. If an error is quickly corrected then everyone goes back to normal.

However, Seon-heo discovers a spot of paint on his sleeve. Seon-heo tries to hide it unsuccessfully, and continues to try and get rid of the splotch only for it to grow in size. Everyone begins to stare. Eventually Seon-heo is completely covered in paint, Seon-heo is terrified but everyone turns away. Seon-heo falls off the tower and workers build over the main character as if he isn’t there.

The director, Sooin Cho says this about Density of Air, “Society is a place full of eyes. As human beings, we are suffocated by gaze. We want to get away, but if we get away, we can’t live. It’s a story about the dilemma.”

Cho goes on to describe the social aspects being examined in the short film, “Humans are defined through groups. We have to belong somewhere in our family, school, work, etc. so that we can live as ‘human beings’. If you don’t belong to a group, it’s hard to define yourself, and you have a fundamental fear of unknown anxiety.”

Cho continues to describe how there is nowhere to breathe comfortably in society. We are constantly torn between the desire to escape and the fear of independence describing social groups this way, “If you belong to a group, you must align and maintain numerous rules and relationships. One small move is the criterion for evaluation, and if it is different from others, it is rejected. Within the group we suffocate in the air full of densities of gaze.” 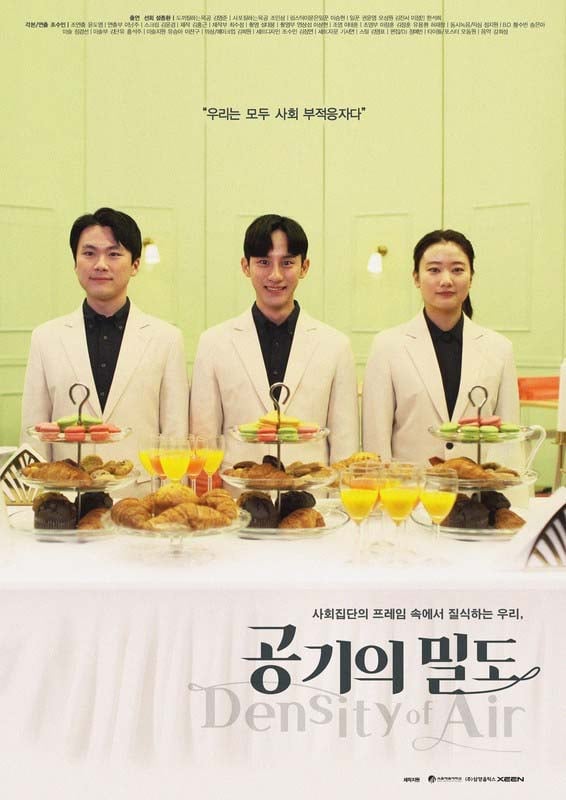 Sooin Cho ends by saying, “we are all social maladjustment”. It’s possible we are, but that’s also what makes this experimental film feel so relatable.