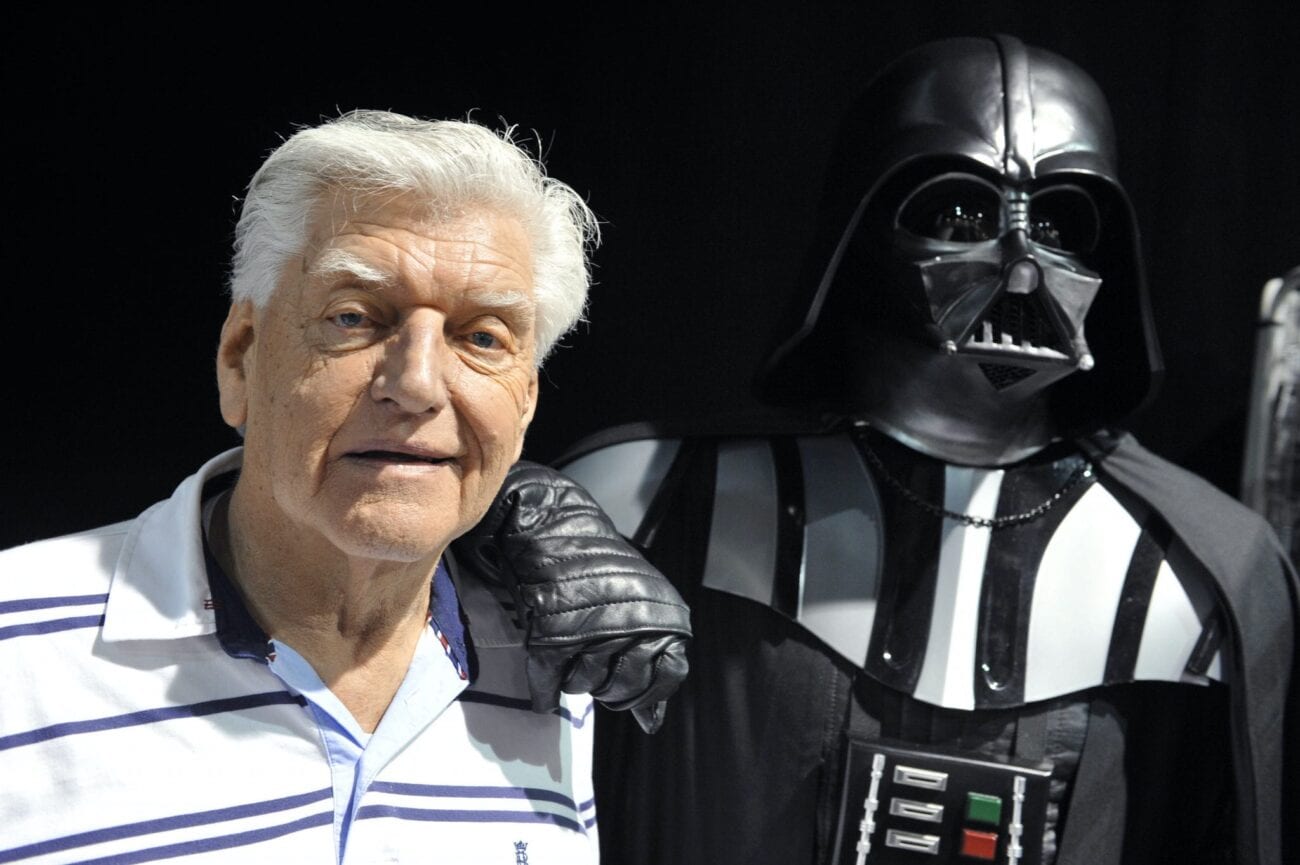 Darth Vader is easily one of the most recognizable bad guys of all time. While he was voiced by the smooth tones of James Earl Jones, it wasn’t Jones in the suit on set. That honor went to David Prowse. The English bodybuilder, weightlifter, and character actor both voiced and physically portrayed Vader on set, but George Lucas wanted a different voice for the character.

If you want to learn more about Prowse, then definitely check out the fascinating 2015 documentary I Am Your Father. During the film, Prowse was given the chance to shoot some of the scenes to prove that he could have portrayed the character both masked and unmasked (Sebastian Shaw played him unmasked). David Prowse died from COVID-19 on Nov. 28th, 2020 at the age of 85. He’s being mourned by Star Wars fans.

In order to celebrate his life and iconic role as Vader, here are some of the best Darth Vader memes that we could find. 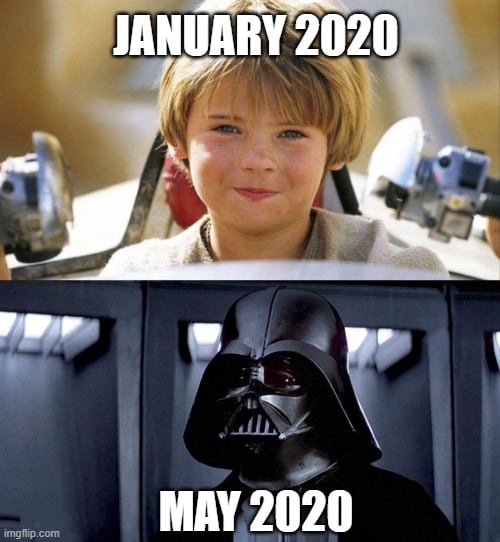 We all went from Anakin to Vader super fast this year, huh? 2020 has aged us all horribly. And we could only wish that we were burned alive in a lava pit or something like that. It would probably be preferable at this point. 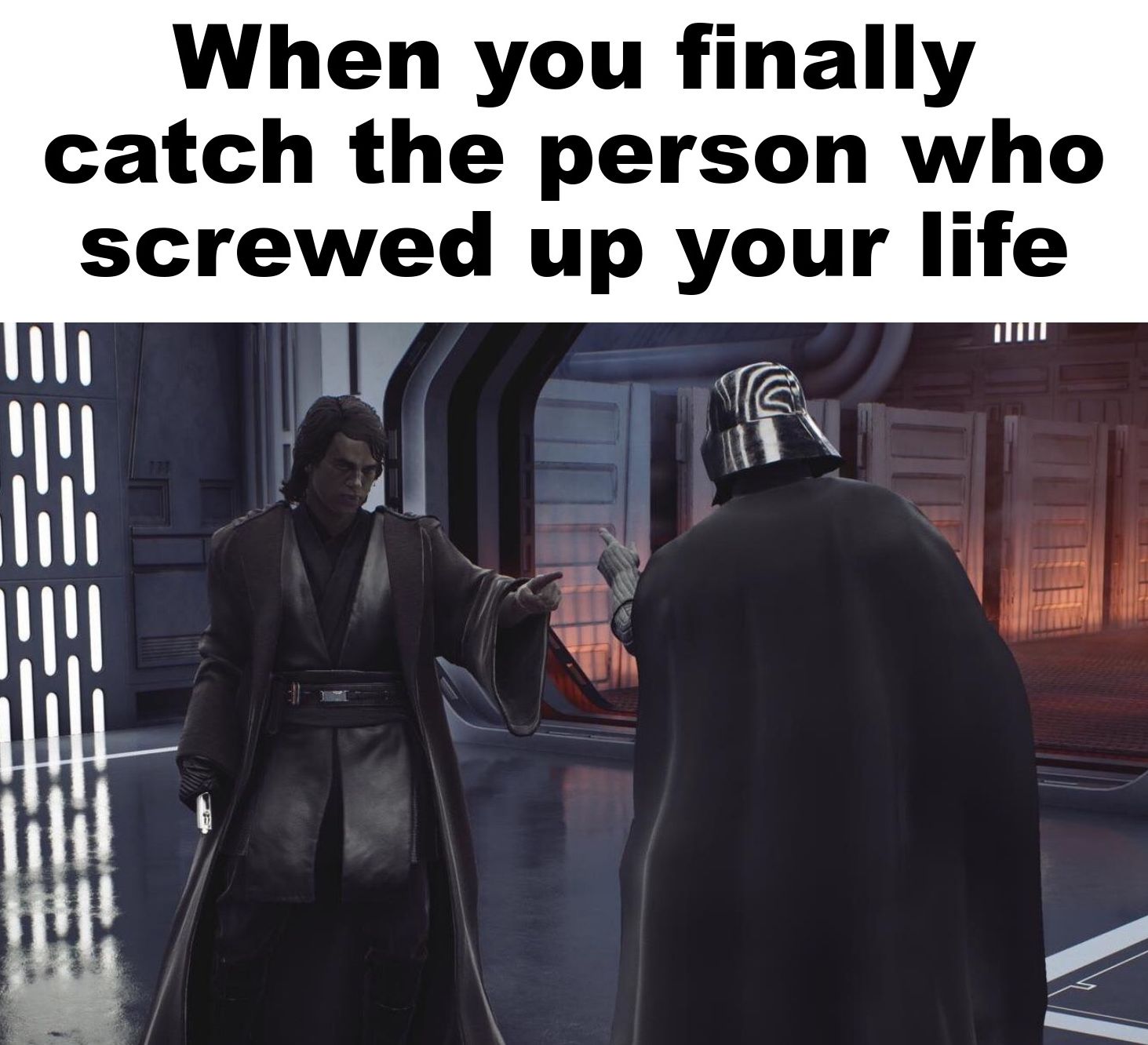 It’s you. You’re the one who screwed up your life. So get ready to punch yourself in the face. Or time travel and punch your younger self right in the nose. Whatever works. 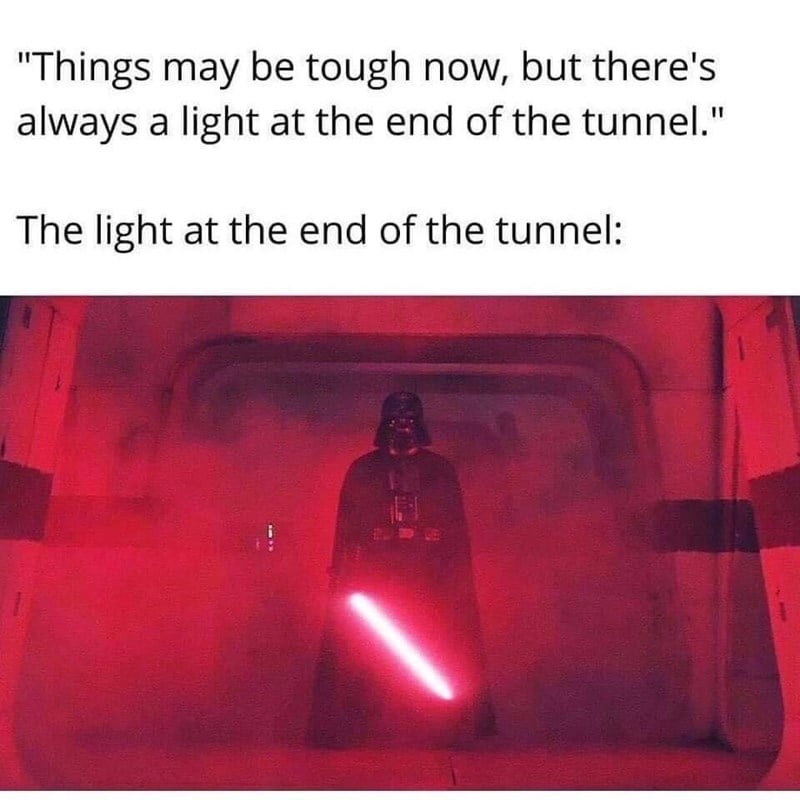 What’s at the end of the tunnel?

Just because there’s a light at the end of the tunnel, it doesn’t mean that the list is necessarily a good thing, you know? You never know if there’s Darth Vader waiting for you at the end of that tunnel with a lightsaber and a bone to pick. That’s a terrifying thought, huh? 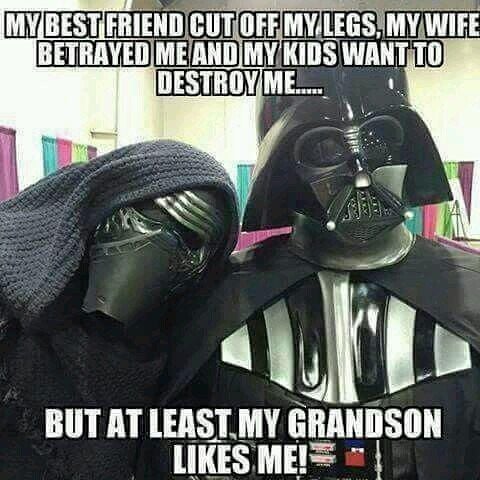 At least he’s not entirely estranged from his family

Well, yes, but wonder just what kind of grandson that you still have there, Vader. Still, one out of . . . a lot of people who still like you isn’t that bad in the grand scheme of things. Only pretty bad. 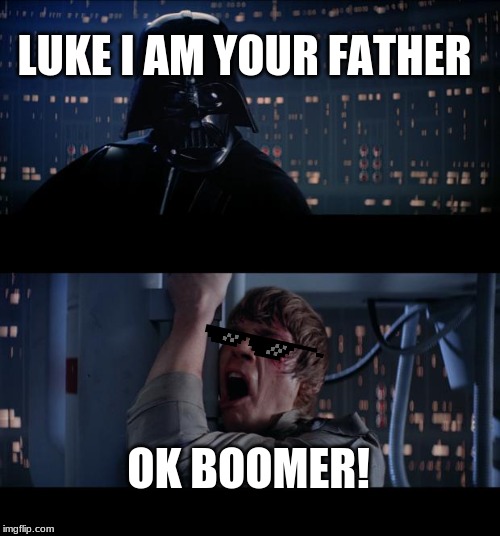 Is Vader a Boomer?

Is Vader the OG Boomer? The world may never know, but that would have been one sick burn to drop on Vader. Then Luke just jumps into the abyss like the cool guy that he is. Cool hand Luke, you know? Because Vader cut it off. Has that joke ever been made before? 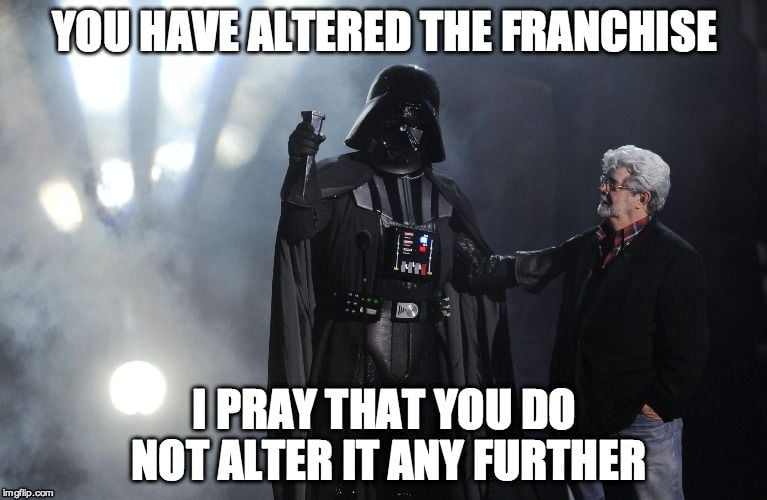 Where will the Star Wars fandom side? 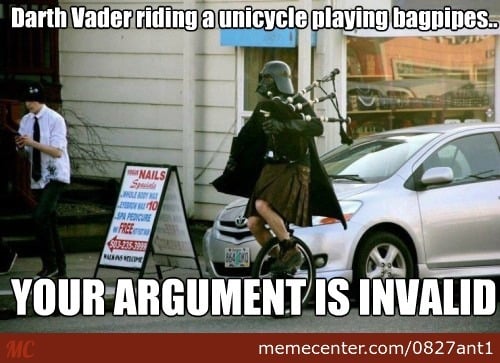 Oh! That guy’s from Portland right? Doesn’t the bagpipes shoot out flames as well? It’s definitely odd, but hey he’s an American weirdo hero. You do you bagpipe Vader man. Keep on keeping on. 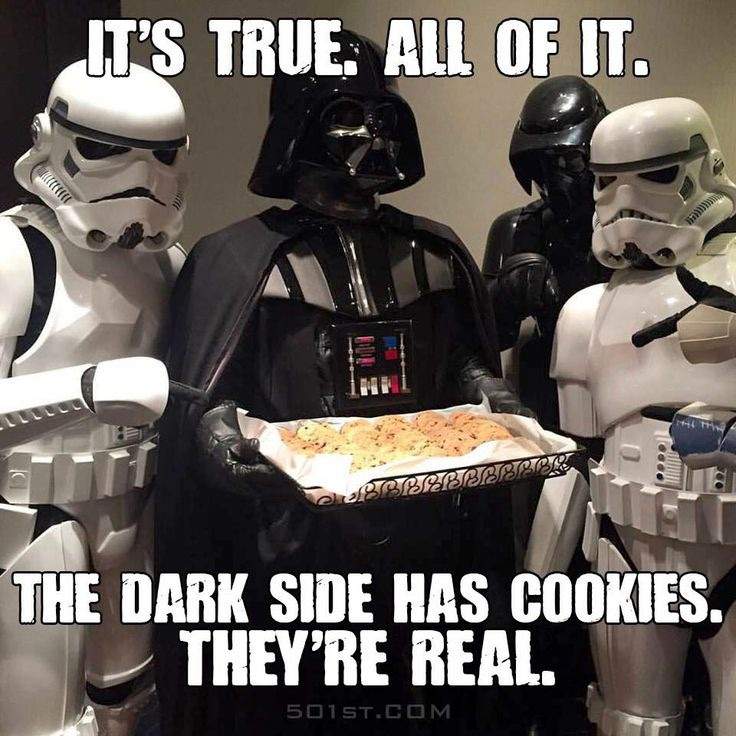 Look into your heart, reader. You always knew that the Dark Side having cookies was true. Now, will you take them? Or will you go to the Light Side? They probably have cake. Someone has to have some sort of dessert for the Light Side. 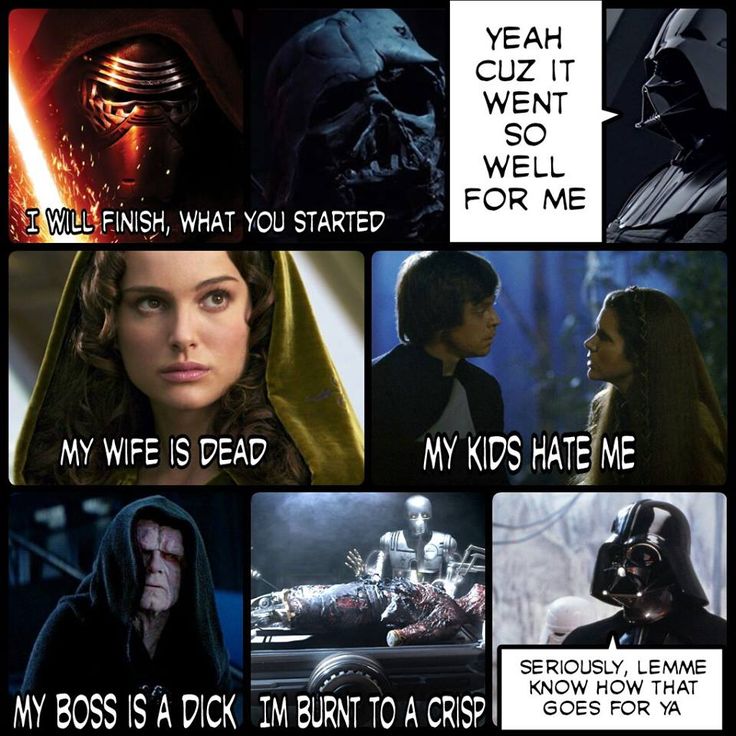 Someone should have told Ben everything about Vader

To be fair, did Kylo Ren really know all the terrible stuff that happened to his grandfather while on the Dark Side? Because a lot of horrible stuff happened to Vader and then he went back to the Light Side! So, like, did no one tell him the whole story here or . . .? 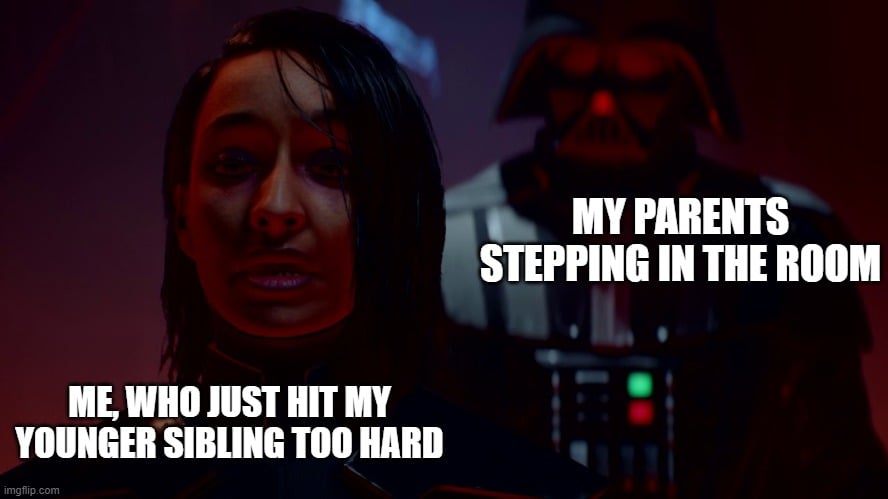 Truly, your parents are connected to the Force. 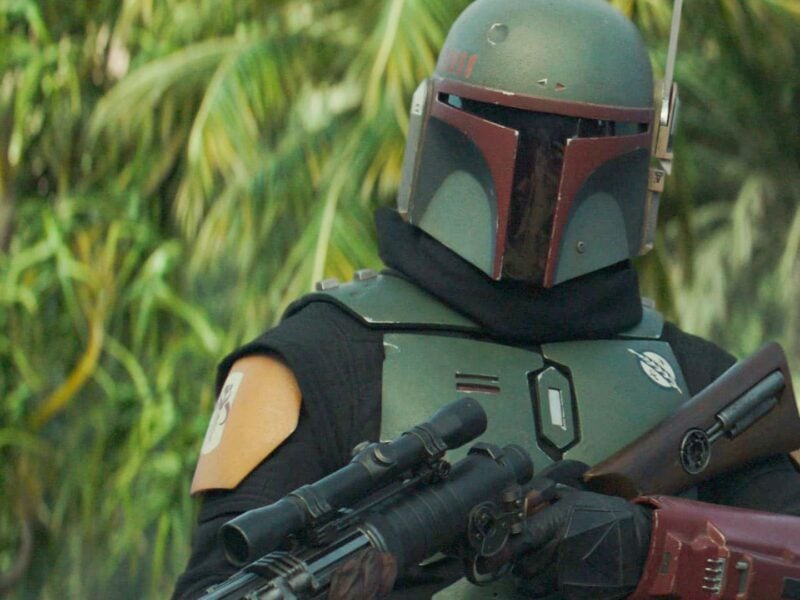