The most questionable celebrity sex scenes ever committed to film

Celebrity sex scenes in movies can go a whole host of ways. Honestly, the intimacy specialists that Hollywood uses on set now should have been standard practice years ago. Because sex scenes in films can be . . . great, bad, or just plan questionable. Of all the celebrity sex scenes over the years, these are the ones that will make you go into a full body cringe just by thinking about them

So here are some of the most questionably cringey celebrity sex scenes that we could dig up. Because someone needs to talk about how freaking awkward these scenes are. At the very least, we can hope that maybe scenes like this will never have to happen again.

While Twilight is experiencing something of a Rennaissance with the fans just chucking canon to the wind and transforming the characters into gremlin vampire and werewolf problem children (A+), we can’t not talk about the sex scenes in Breaking Dawn. Oh boy, these are, well, they were awkward in the books. Committed to film, it just gets even worse.

There are ways to film a great sex scene and keep it PG-13. Look at Titanic. Twilight: Breaking Dawn is not that. Whether it’s due to Robert Pattinson and Kristen Stewart having issues at the time or just general awkwardness, none of these intimate scenes make you feel anything. It would just probably be better to just cut them out.

Stanley Kubrick loved a good ol’ awkward sex scene in his movies. Eyes Wide Shut is that, but a whole two hours worth of people in masks gyrating on each other barely held by plot. Plus, we’re still not really sure what Eyes Wide Shut was even about. Even so, there are numerous sex scenes within the film and they’re all sort of horribly awkward.

More to point, we’re not even sure the point of it all. Why have Tom Cruise strip to the nude in front of a masked tribunal? What does it mean? Why does it need to exist? Why?

Was it an off day on set or something? Not all celebrity sex scenes have to be great, but this is just kind of painful to watch. From the stilted foreplay to the actual moment, the whole thing is uncomfortable to watch. It’s really a credit to either a good working relationship or a friendship that they did other projects together after this.

Howard the Duck is a weird movie on a lot of levels. Early on, there’s a shot of an anthropomorphic female duck’s bare breasts. It . . . just gets weird from there. Now, we should make it clear, in comics, Howard has a human girlfriend. And, you know what? Fine. They’re both drawings and whatnot. We can believe and root for Jessica Rabbit and Roger.

Why Lea Thompson, who was a big star in the 80s, did this movie is still a mystery. But oh boy, this celebrity sex scene probably killed the career here. It fades to black, but Thompson seems . . . very game. And oh no, there’s post-coital afterglow and why.

Kinkiest museum ever: Learn the history behind the Museum of Sex 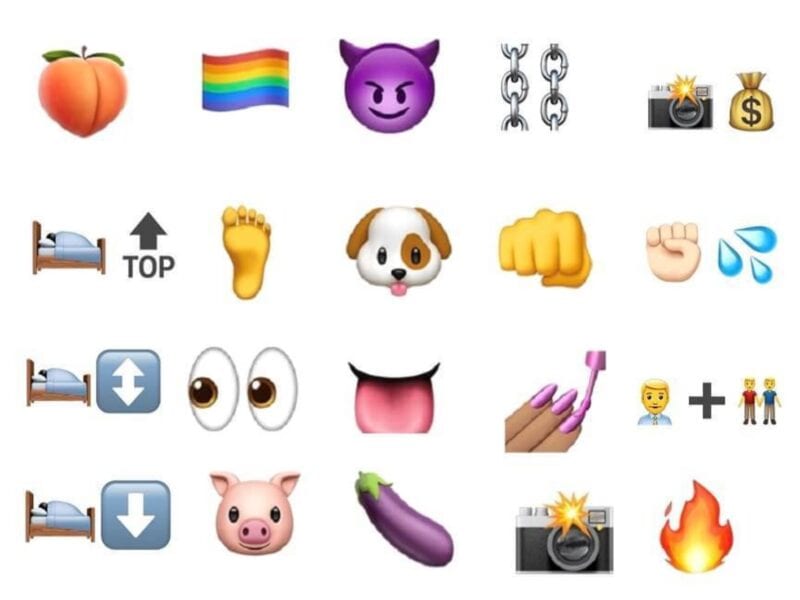 Eggplants, peaches, tongues, oh my! Your guide to sex talk with emojis