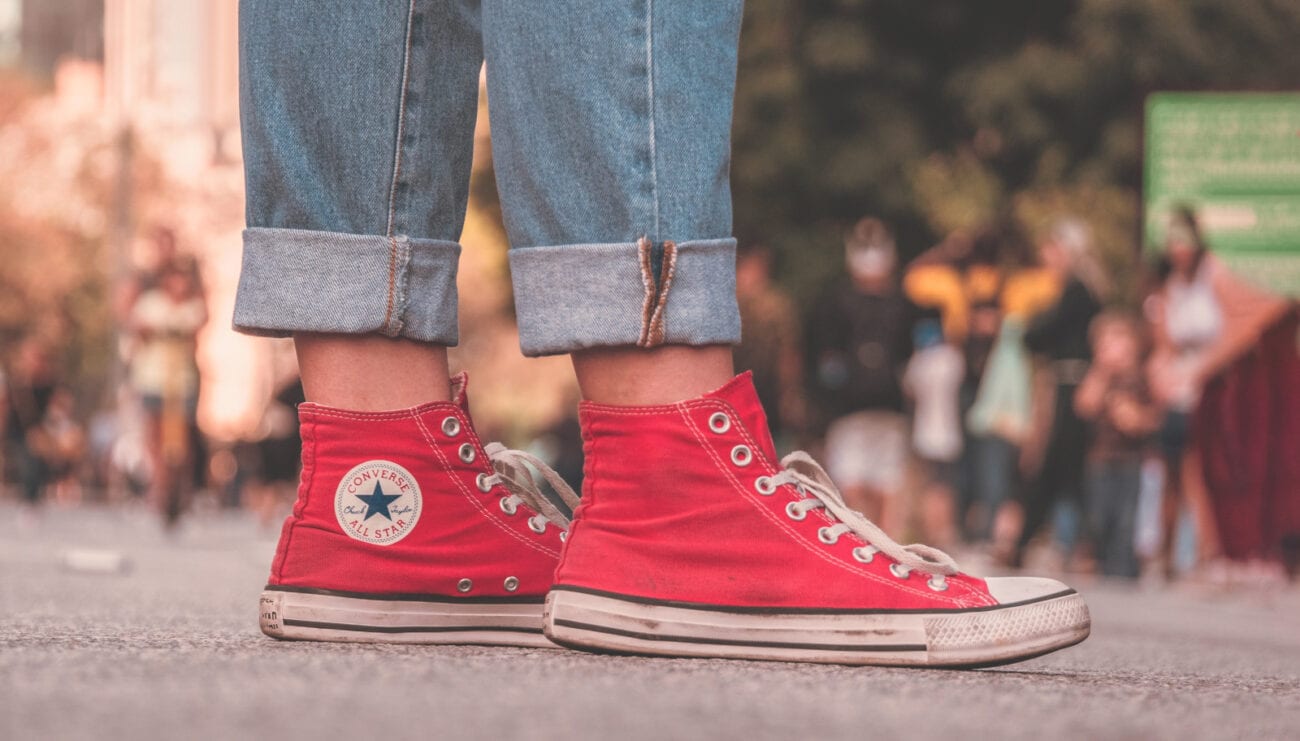 Did Converse rip off their latest high tops design from an intern?

Ah, Converse. The classic high-top tennis shoes were an athletic staple in the early twentieth century and a punk rock staple since the movement hit in the 70s. Once again, Converse high tops are must-have shoes thanks to brand appeal.

However, Converse might be more of a soulless corporation than its progressive, nonconformist branding might have you believe, especially after accusations came to light that it copied the design of someone applying for its internship program. The high tops in question? An incredibly popular line of chucks known as “Hybrid World”, which Converse claimed was based on the blending of physical & digital realities of every day.

That said, the designs are incredibly similar. Did Converse rip off a girl who applied for one of their internships? Lace up your high tops and let’s jump in! 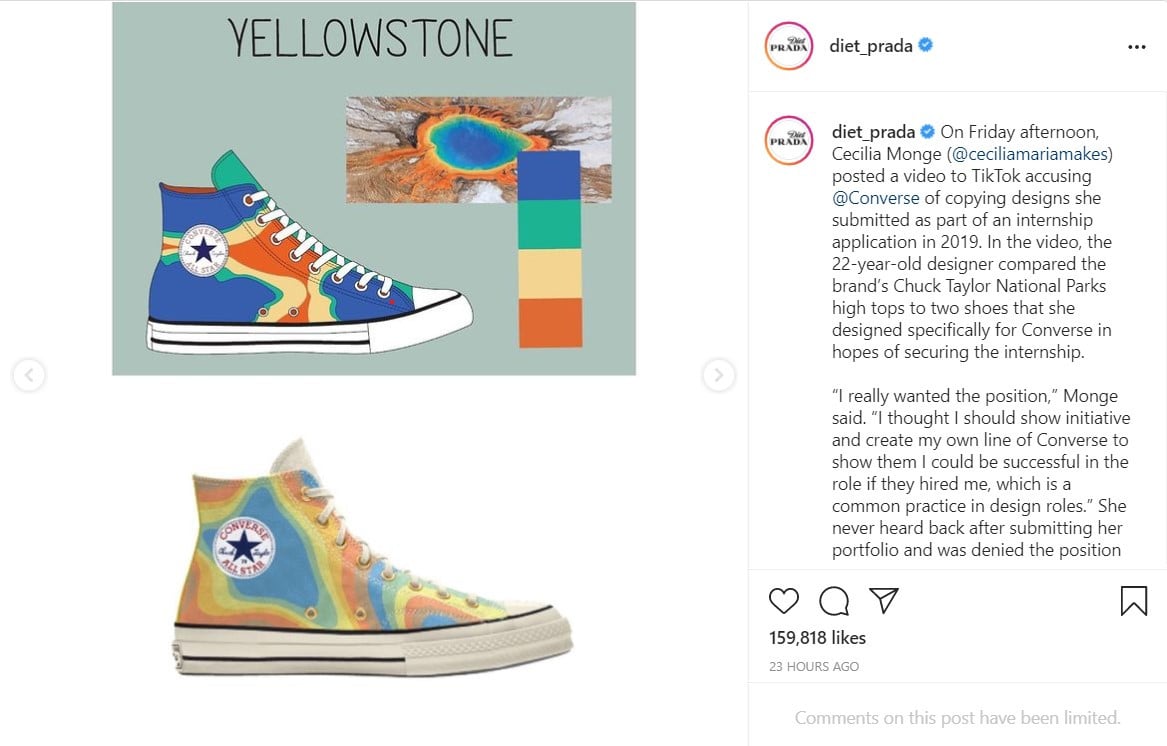 Cecilia Monge is a TikToker who has a passion for design and making things. Currently, her Instagram is full of her own mask & fashion designs. However, she showed up on social media’s radars when she posted a TikTok about her application to a Converse design program – and describing how Converse allegedly ripped off her design for a line of high-tops based on national parks.

“I thought I should show initiative and create my own line of Converse to show them I could be successful in the role if they hired me, which is a common practice in design roles”, she said, explaining how she submitted her designs of high tops to the company to show them she really wanted the role, and what she was made of as a designer. 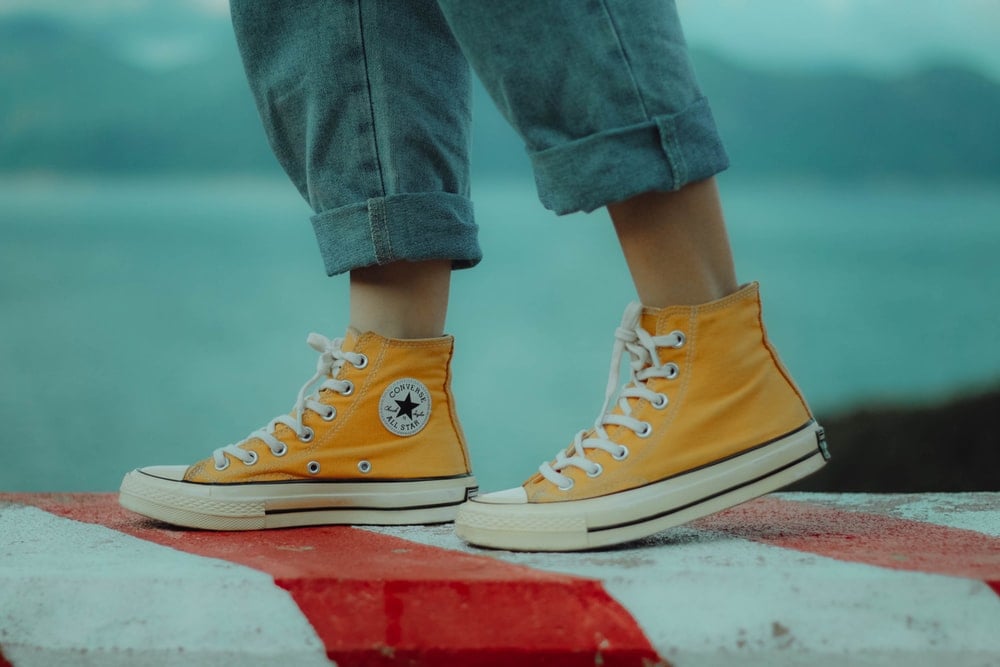 At first, Monge was skeptical that the designs were exact copies. After all, Converse is a giant corporation. Since they didn’t even write back after she applied for the internship, she doubted they ripped off her high tops designs. However, the similar gradient colors & stripes were too hard for her friends & family to miss. They prompted Monge to write to Converse herself.

After hearing zilch from the company, she went to TikTok. “They didn’t assign an interview project or ask us to design a line for the ‘National parks’,” Monge said. “I 100% came up with designs AND the concept on my own and sent it in to them in good faith”, she explained to her followers. 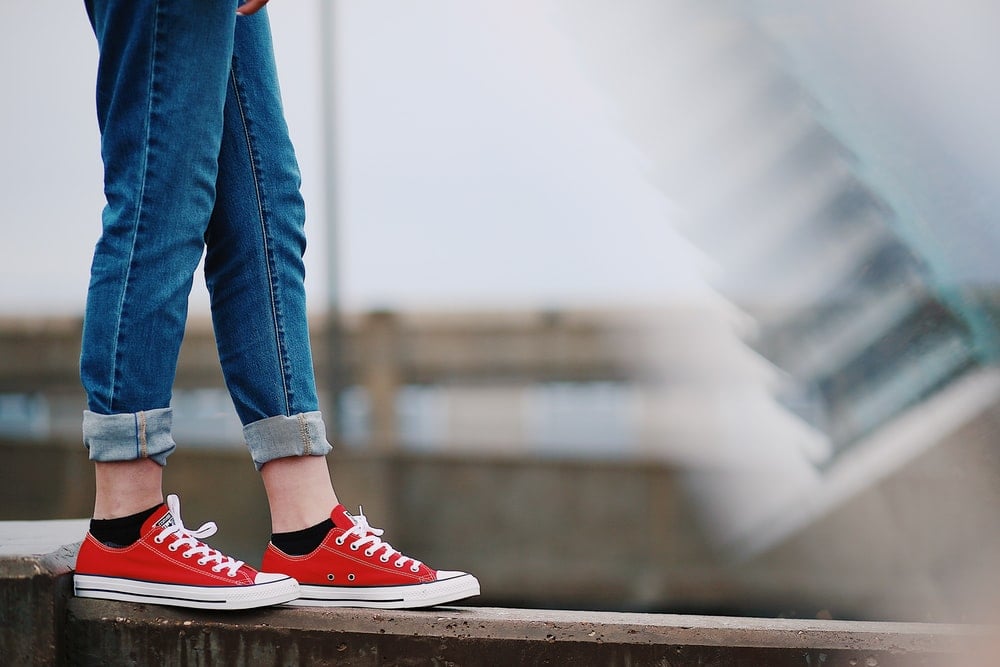 “The color palette is exactly the same . . . down to the order of the colors and the actual hues of the colors. Look at the yellows and the greens. It is the same color. I don’t think it’s a coincidence, and it’s unfortunate when larger companies borrow from smaller designers,” she said.

Apparently, everyone else noticed the similarities, garnering Monge tons of clicks. “Within 4 hours my tiktok had 800K likes and 2.8 million views”, she said. Her original TikTok was shared by @diet_prada, giving her story even more traction. 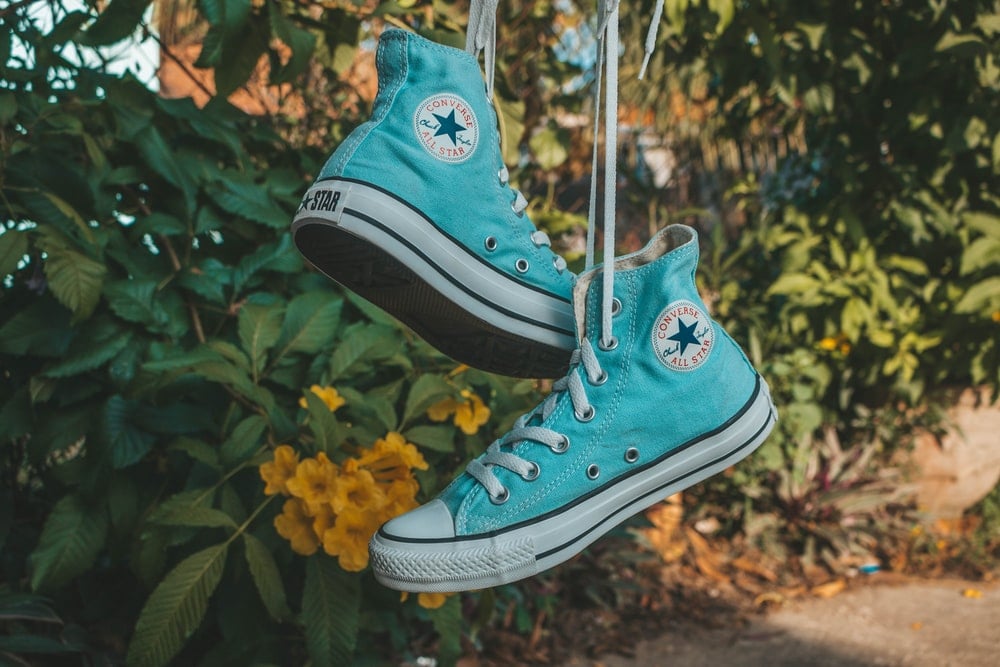 In fact, Monge’s video go so much attention, Converse had to come down from its high tower, and it released the following statement:

“In November 2019, the candidate did apply to a Converse internship for 2020 summer program — a highly competitive program, which receives thousands of applications each year. She was not hired or screened for any roles. The application did not include a request for, nor did Converse solicit design portfolios/samples to be submitted.” They further explained they don’t share applicants’ portfolios for legal reasons.

Converse further explained their designs were based on weather maps of Nor’Easters and not national parks. They even went on to explain their design was initially workshopped in April 2019! “The Great Outdoors and specifically, National Parks, served as inspiration for various color palettes, which were applied across a number of executions across the Chuck 70, Chuck Taylor All Star and apparel.”

It appears as if Monge’s original TikTok has disappeared from the internet. Do you think Converse ripped off her high tops designs? Or do you think the designs are so simple (wavy lines in different colors), that two people would have come up with a similar idea? Let us know in the comments!