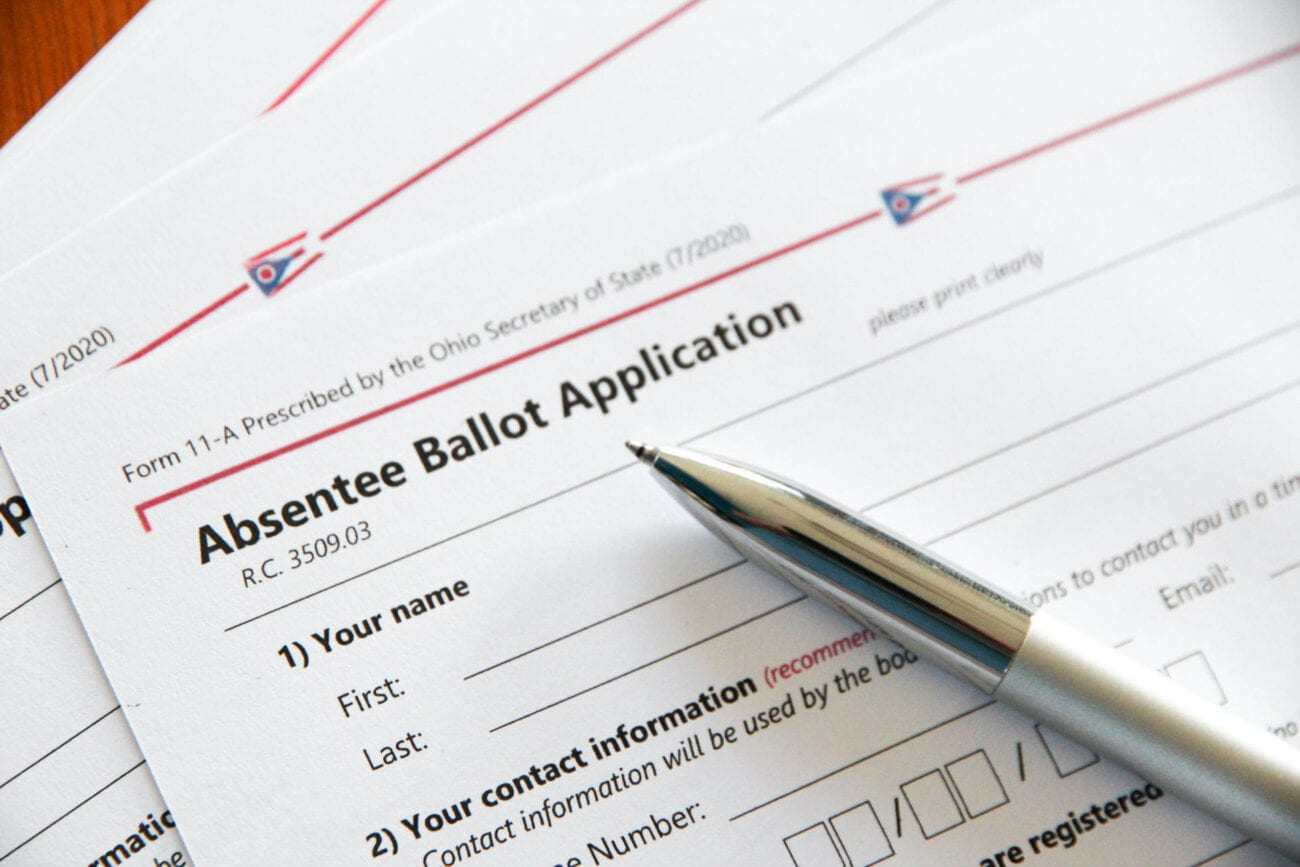 Is the Center For Voter Information legitimate? Everything to know

Is the Center for Voter Information legitimate? It depends what you mean by legitimate. Is it a real organization? Yes. Has it triggered suspicion of illegitimate ballots? Yes. Has it helped people register to vote? Yes. Has it sent ballots to people’s deceased relatives? Also yes.

As you can see, it’s a pretty mixed bag when it comes to the Center for Voter Information’s actions. With most issues things are not completely black & white, but you should be able to get a sense of whether or not to be concerned about this organization. With accusations of voter fraud and voter suppression flying left & right, it makes sense to wonder whether there are bad actors.

If the election system is truly being tampered with on a large scale from the inside, it should be a huge concern. Concern about foreign interference with the U.S. election is old news, but domestic interference is another story. Claims of large-scale fraud have been mostly unsubstantiated. Many people are pointing at the Center for Voter Information as the source of some fraud. Let’s take a closer look at these accusations. 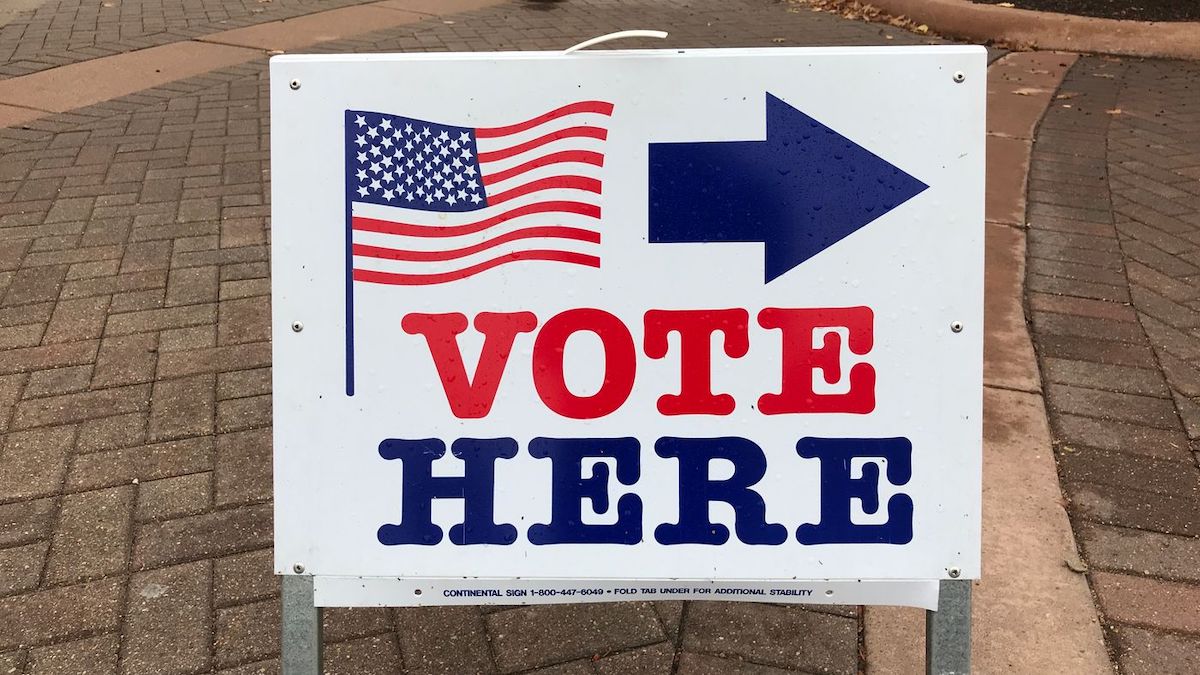 The Center for Voter Information

What is the Center for Voter Information anyway? It characterizes itself as “a non-profit, non-partisan organization”. Many would argue with the claim that it’s a non-partisan organization since it was founded by a democratic operative and is run by multiple former democratic strategists & political operatives. It also spent over $47,000 to support Joe Biden’s presidential bid and at least $40,000 supporting other democrats.

Political leanings aside, the Center for Voter Information’s goal is to give voter-eligible citizens the tools to vote in upcoming elections. A pretty noble aim, right? So why are so many people mad at them? Why is their legitimacy being called into question? Well, the Center for Voter Information has made some pretty publicized errors and some people  have been misled to think they’re an official government organization. 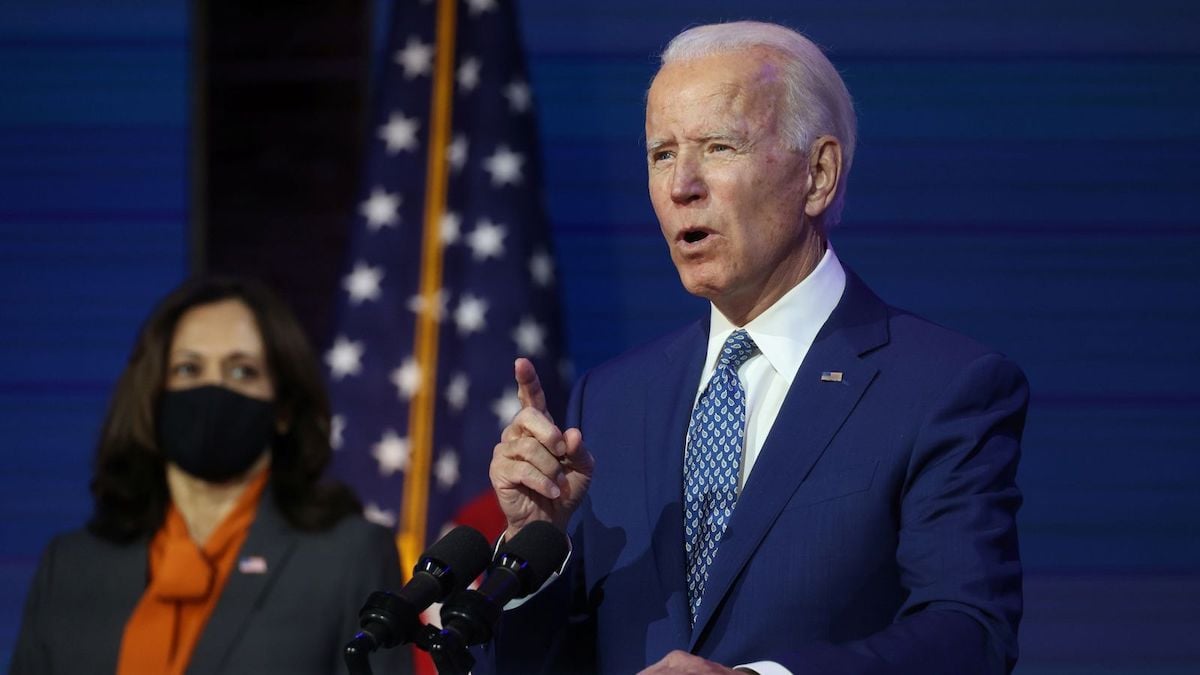 A ballot for Fluffy & Uncle Paul

Many people – especially those upset by the outcome of the election – are calling into question the legitimacy of some votes cast for Joe Biden. Ballots to deceased loved ones is a frequent issue cited as a concern. There have even been ballots sent to people’s pets.

Because people sometimes use their dog, cat, or gerbil’s name to sign up for a mailing list, organizations like the Center for Voter Information sometimes send political mail in a pet’s name. People have criticised the Center for Voter Information’s vetting process because they’ve been proven to do things like this more frequently than government organizations.

Georgia’s deputy secretary of state, Jordan Fuchs, made this point: “The reality is the state would never actually accept a registration form from a cat. Because that cat doesn’t have a valid ID. What it does is undermine faith in elections and election security here in the U.S.. And if we’re going to restore faith, we need to have third-party groups clean their data and make sure that what they’re putting out there is accurate.” 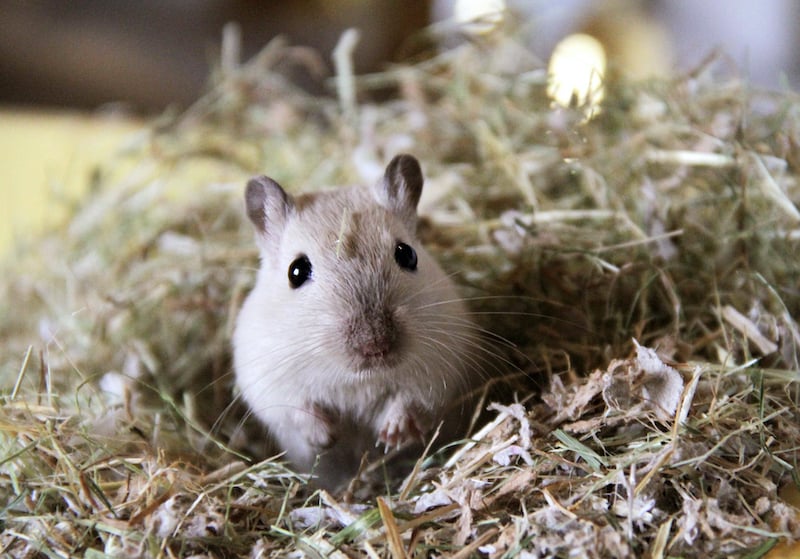 As for sending absentee ballots and voter registration applications to deceased people, this is a practice that truly also occurred. The government also sometimes accidentally does this, but the Center for Voter Information does it much more frequently.

Republican Senator Lindsey Graham is commonly quoted as citing evidence of likely widespread voter fraud. Graham urged President Trump to fight for a voting fraud investigation, saying the Trump campaign had “found over 100 people they think were dead, but fifteen people that we verified that have been dead who voted. . . Six people registered after they died and voted.”

Others argue that although dead people casting votes happens, it’s not something people should be overly concerned about. “Yes, every once in a while, it turns out that someone votes in the name of someone who’s passed away,” Justin Levitt, a law professor at Loyola Law School and a voter fraud expert, told FactCheck.org via email. “A handful of votes in a sea of millions. It’s not okay, but it doesn’t swing results.” 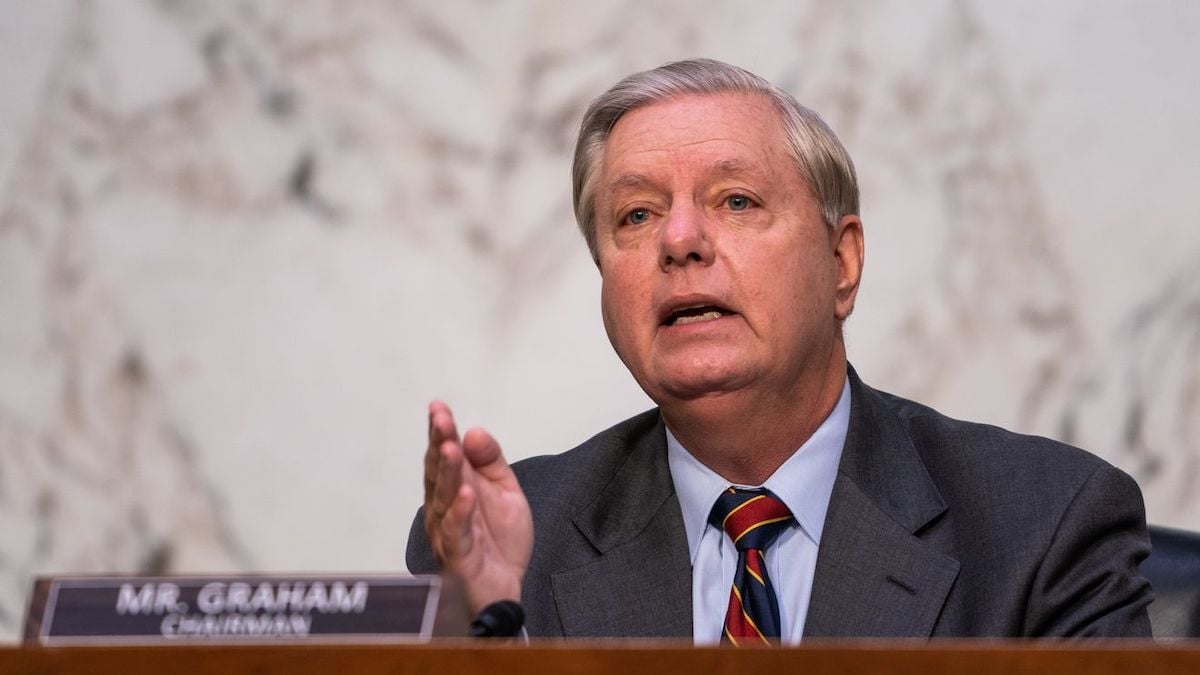 The Center for Voter Information sent 500,000 vote-by-mail applications to Virginia residents with the wrong return address. Center for Voter information has also been proven to send multiple mailers to a single person over the course of an election season. Some residents were enraged, claiming the disinformation and persistent duplicates were part of a voter suppression campaign.

Some believed they had been unregistered to vote because of the multiple notifications to register. Some think the wrong address was supplied to make voters think the Center for Voter Information is an official government agency or to be able to easily redirect votes. Many Virginia voters likely looked at the three trays of absentee ballots found in a Wisconsin ditch as proof of an increased probability they were being slighted.

The feelings toward the Center for Voter Information in Florida weren’t especially warm either. Vancore of the Broward elections office said in an email, “This 3rd party group has been the bane of our existence. 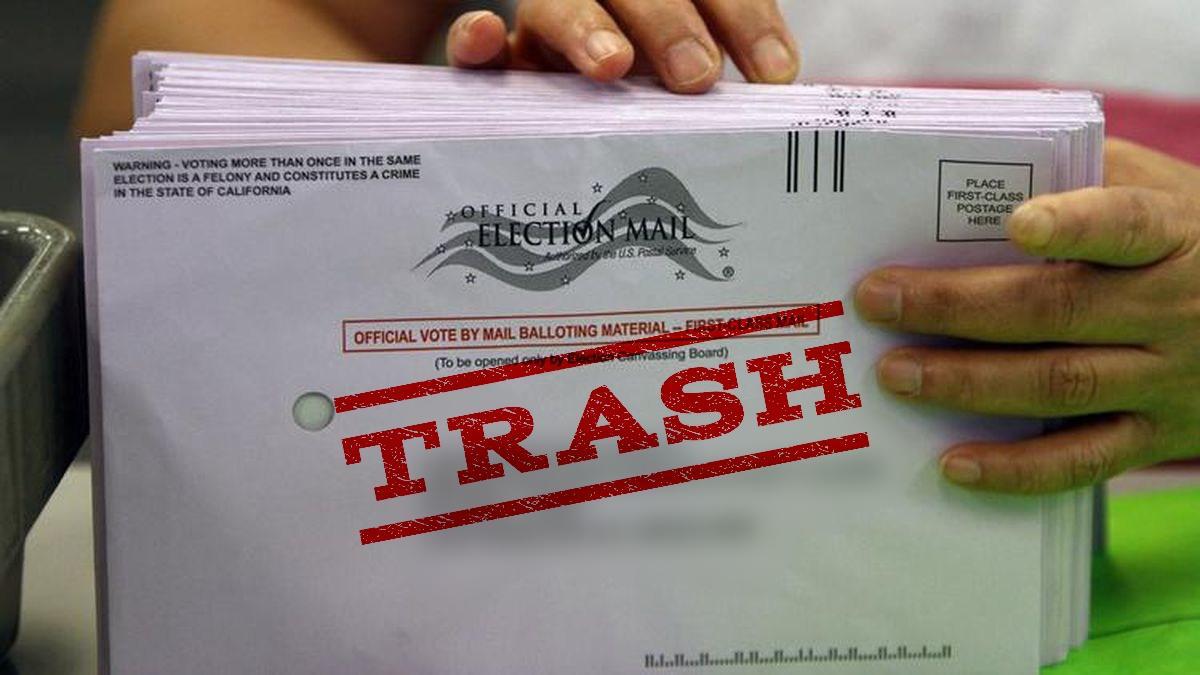 “They are sloppy, use bad data, refuse to disclose their purpose, work with us or follow basic protocols, and we handle literally dozens of calls every day from confused and angry voters whose dogs, deceased spouses, and randomly named people are being asked to do a number of things from registering to requesting a [vote-by-mail] ballot.

“We have publicly and vigorously opposed the deceptive practices of this particular group,” declared Vancore.

In other words, even though the Center for Voter Information may mean well, the damage it does with its rampant errors undermines the voters’ faith in the handling of their precious votes. Whether the Center for Voter Information truly meant to sway the election in any candidate’s favor or not, they might be better off leaving the election to big brother. 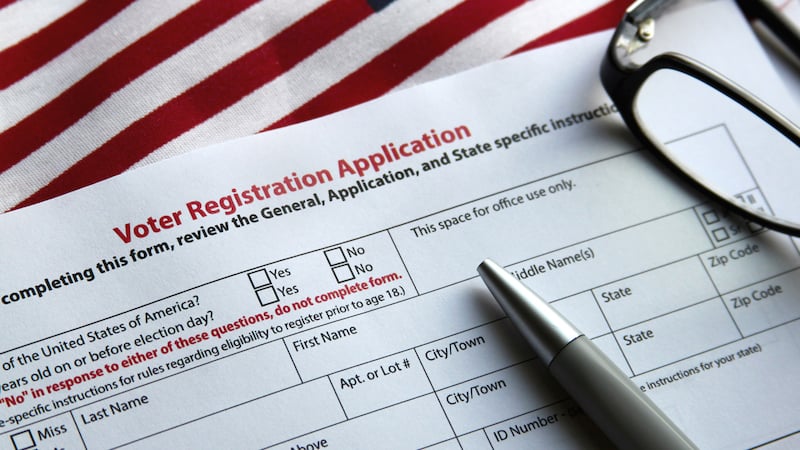 Or at least, the mailers they send out should direct voters to official government websites rather than trying to have voters fill out their own forms. The goal of convincing more people to exercise their right to vote is an admirable one. 280,000 Virginians alone were registered to vote via Center for Voter Information forms.

As it stands though, the CVI still seems like the equivalent of a kid brother in some people’s eyes; it tries to help out, but also creates a bigger mess of decreasing voter confidence. Perhaps if the Center for Voter Information tweaked its practices, people would question its altruistic motives and legitimacy less.