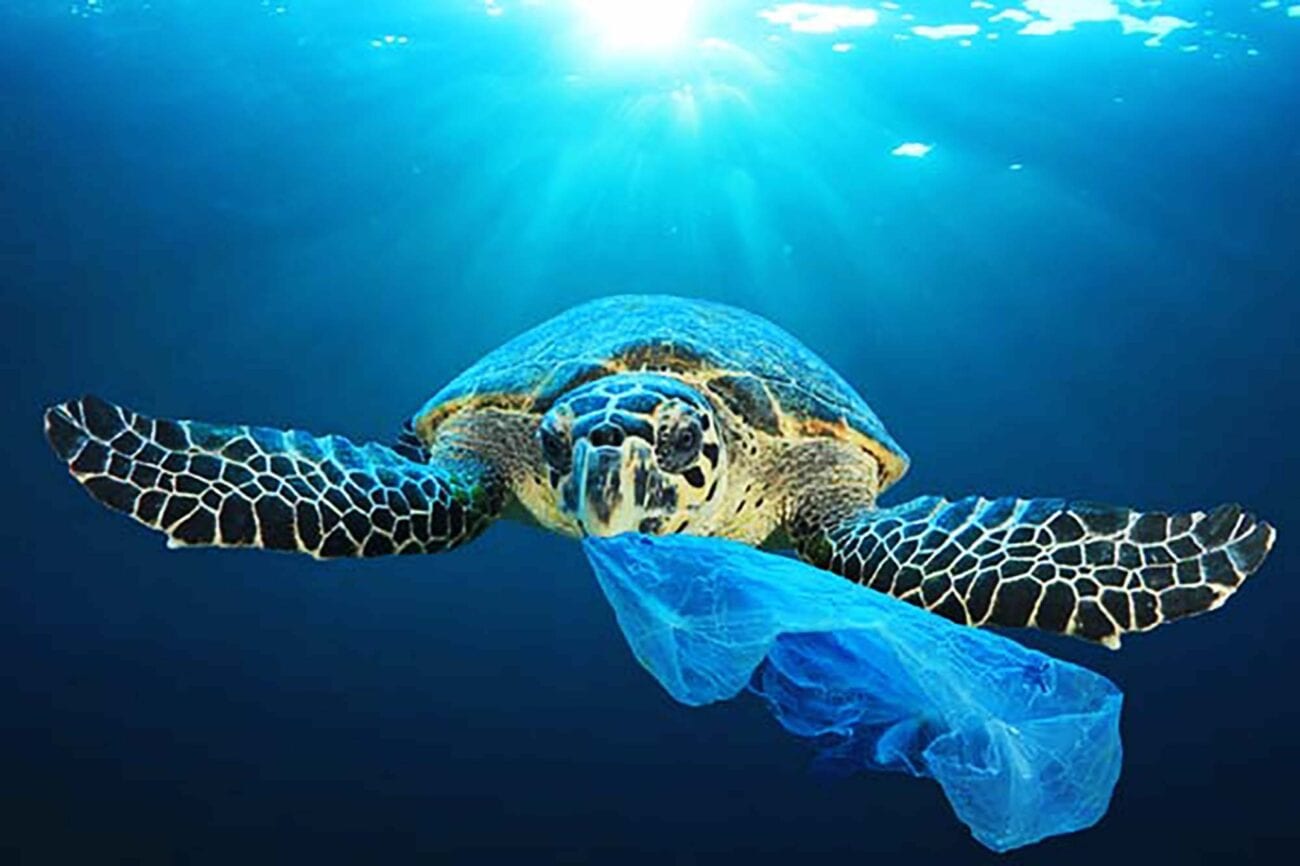 Celebrities who advocate: 5 famous people who care for our oceans

Besides acting in and producing our favorite movies and TV shows, today’s celebs are highly mission-driven. A favorite cause? Ocean protection. These are just some of the celebrities who advocate for our oceans. 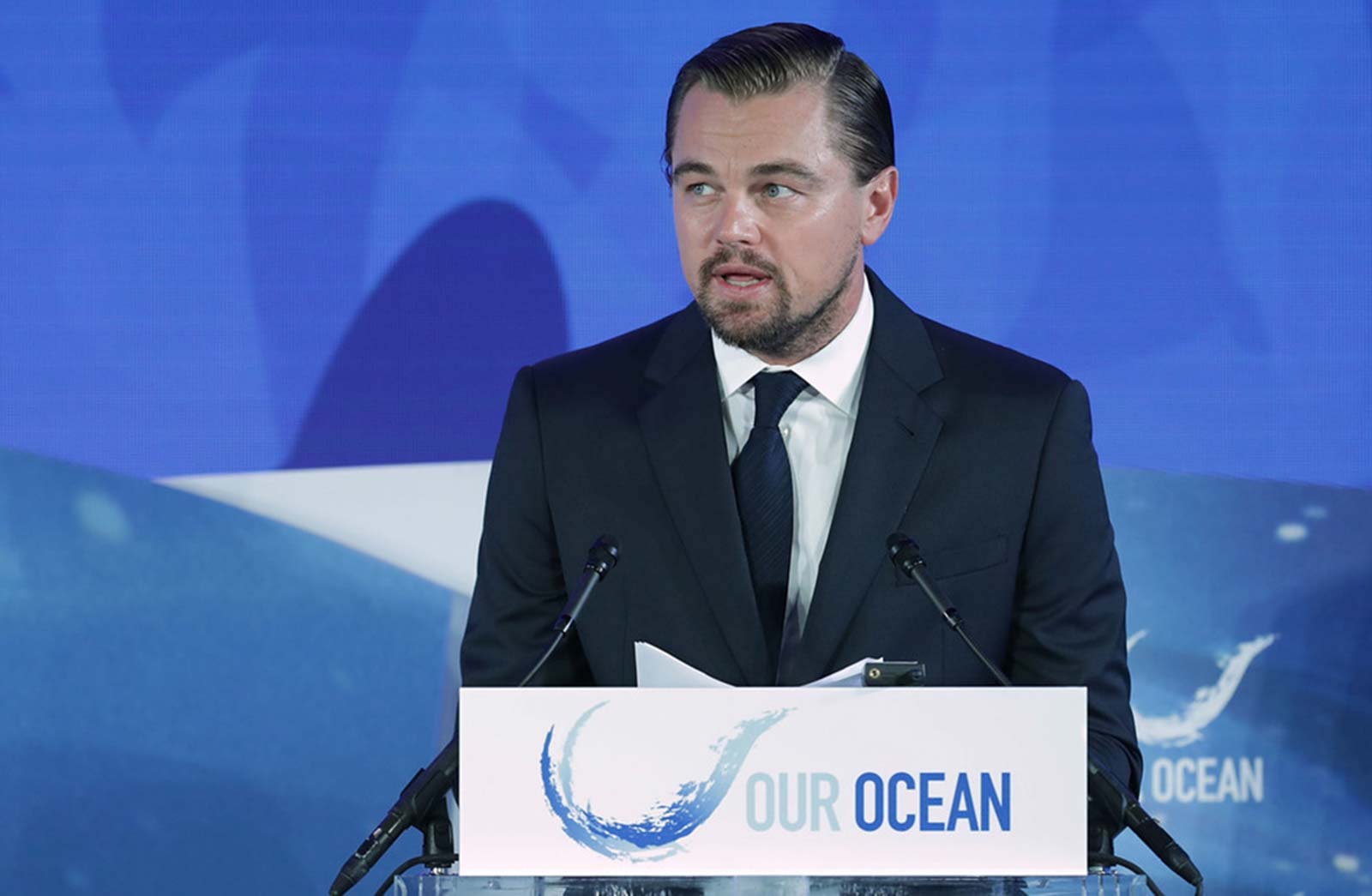 Perhaps Leo will forever be Jack Dawson or even Jay Gatsby in your mind’s eye, but another role is on the actor’s list of favorites: ocean activist. Leonardo DiCaprio is one of Hollywood’s biggest celebrities who advocate for our oceans, passionate about keeping them safe and clean.

DiCaprio established his own organization—the Leonardo DiCaprio Foundation—in 1998. The nonprofit works to protect our environment in a variety of ways, from ocean conservation and preserving biodiversity to promoting awareness of global warming.

In addition to his personal efforts, DiCaprio has attended events like the Our Ocean Conference and serves on the board of directors for the Reef Check Foundation, which protects the coral reef and rocky reef. 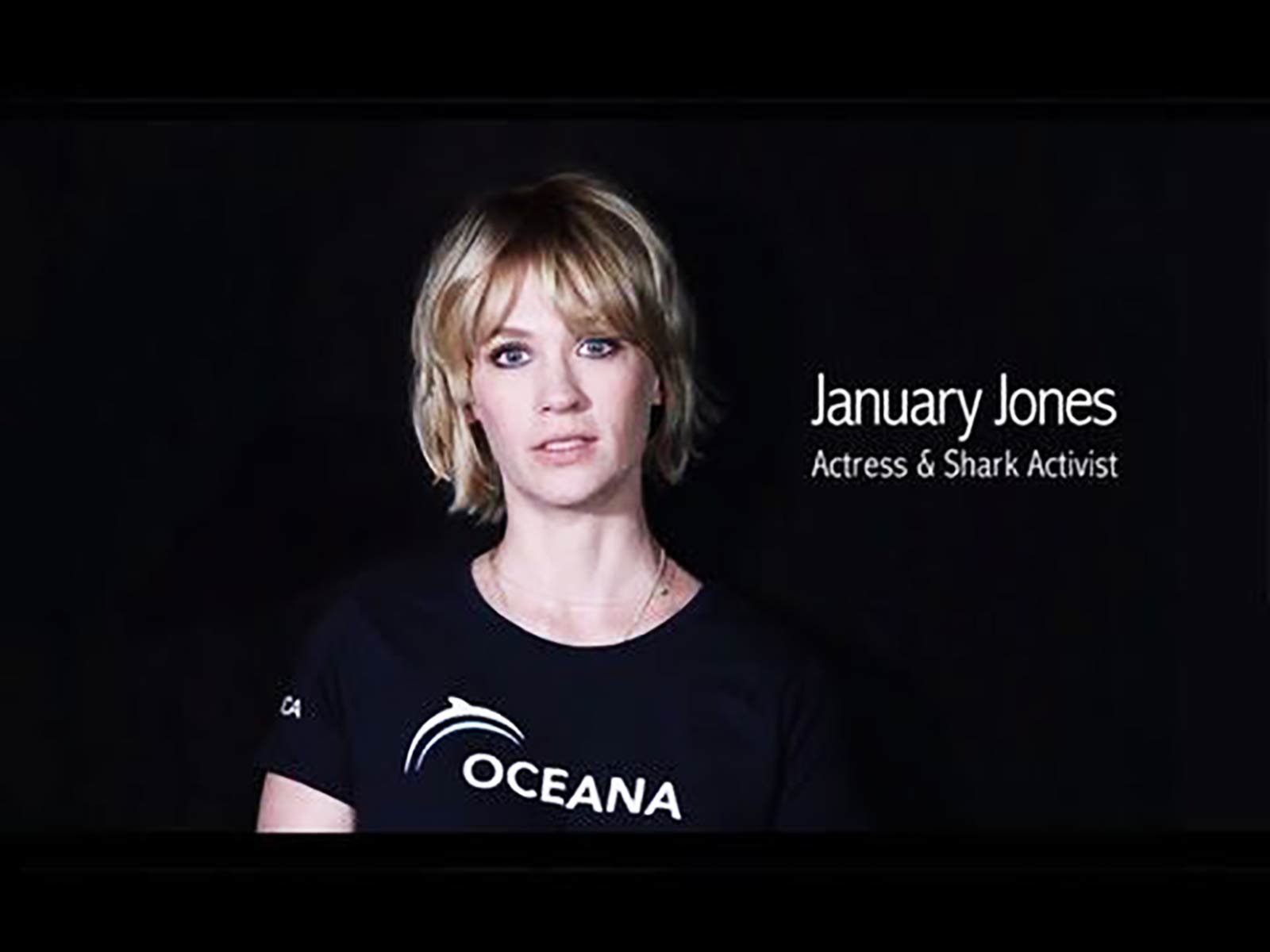 She’s known to Netflix audiences as Betty Draper, Don Draper’s wife in Mad Men, but January Jones is more passionate about the sharks in the oceans than those spearheading ad agencies. The actress grew up simultaneously terrified of and intrigued by sharks, learning as much as she could about the fierce creatures before becoming actively involved in their protection.

Jones’ passion is focused on preserving the shark population, and lobbies against shark finning (removing fins from sharks and selling the fins for profit). She made a point to swim with sharks to show the world they’re not as scary as they seem, citing that she’s really more scared for sharks now.

“I am more dedicated than ever to the preservation of all shark species,” she said. Jones also supports Oceana—even rocking branded t-shirts on the nonprofit’s site—to combat harmful fishing practices. 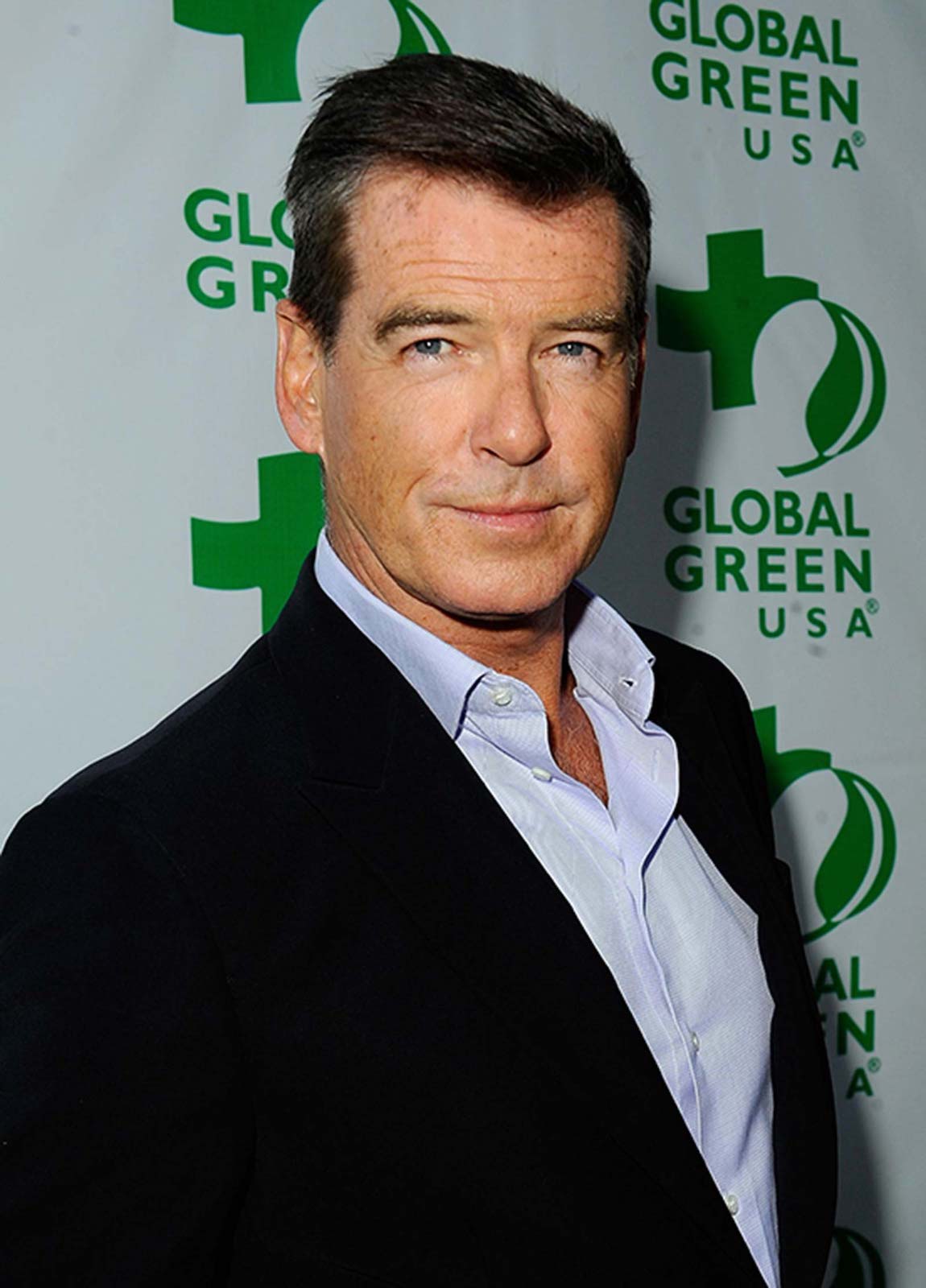 When 007 isn’t busy going head-to-head with villains, he’s joining the ranks of celebrities who advocate for our oceans, protecting marine wildlife along the way. Pierce Brosnan dives deep into various aspects of ocean activism, and knows that there’s more than one way to sustain our waters.

Brosnan participated in French nature documentary, Oceans, which explores the marine life of our five oceans—from sharks to coral reefs—providing the narration for the English language version of the film. Similarly, he and his wife also produced a documentary, Poisoning Paradise, about the risk of continued pesticide use in Hawaii. Off-screen, Brosnan passionately combats offshore fracking efforts to preserve ocean life, and successfully lobbied against the proposed Malibu-based Cabrillo Port Liquefied Natural Gas facility. 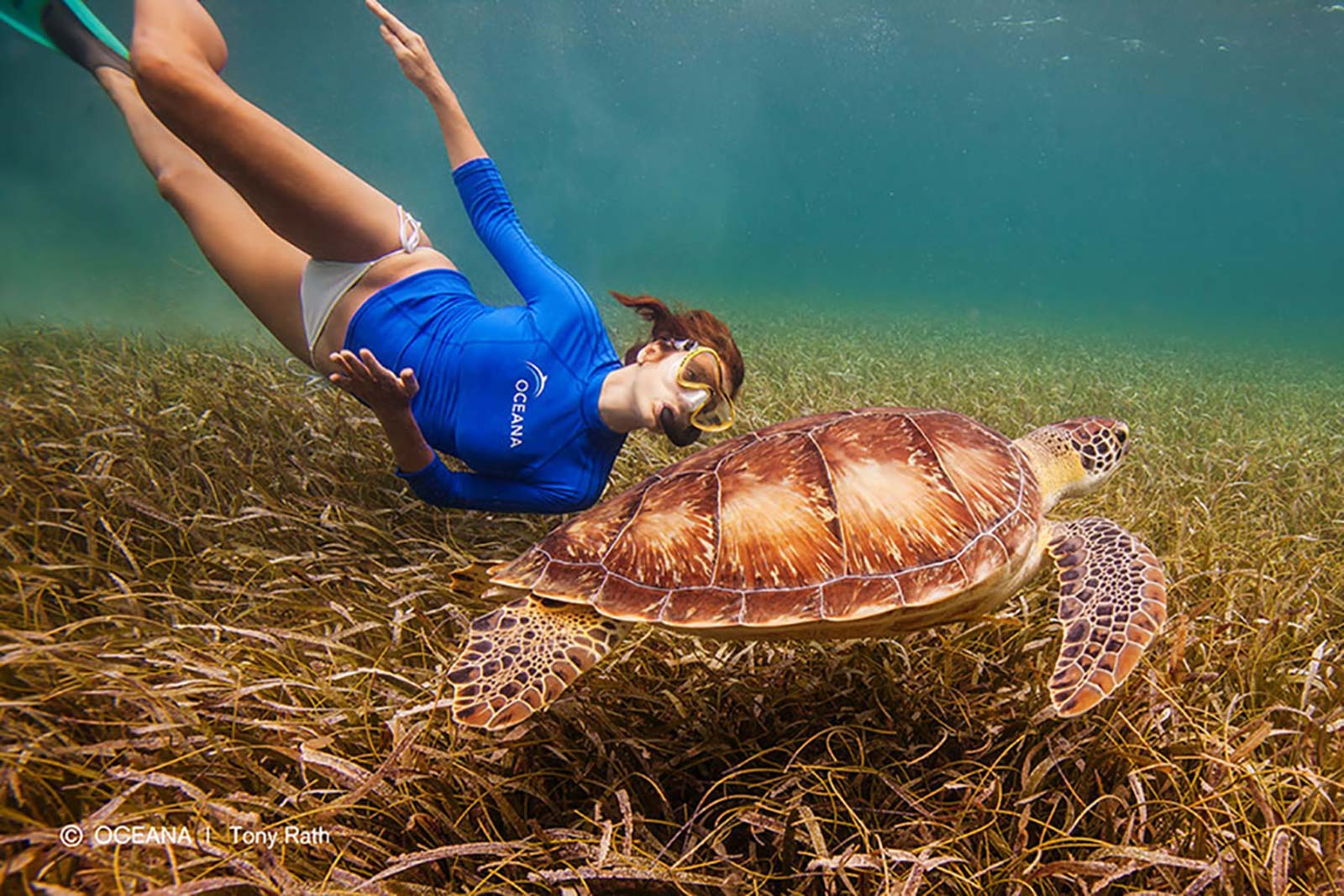 Better known as Addison Montgomery on screen, Kate Walsh really does save lives . . . Marine life, that is. The actress actively supports ocean sustainability through both membership to key organizations and participation in national events.

Walsh considered becoming a marine biologist before the acting bug took over. But she knew she didn’t really have to choose between her love of the ocean and the silver screen. She’s actively involved with Oceana, traveling to the U.S. Virgin Islands to swim with sea turtles and appearing in one of the nonprofit’s PSAs about sea turtle preservation.

She lobbies against offshore drilling, attending events like the Coastal Voices Summit to stand against the environmental threat. We wouldn’t be surprised if Walsh could be seen sporting environmental awareness garb, like an ocean bracelet or sustainably-produced snorkeling gear. 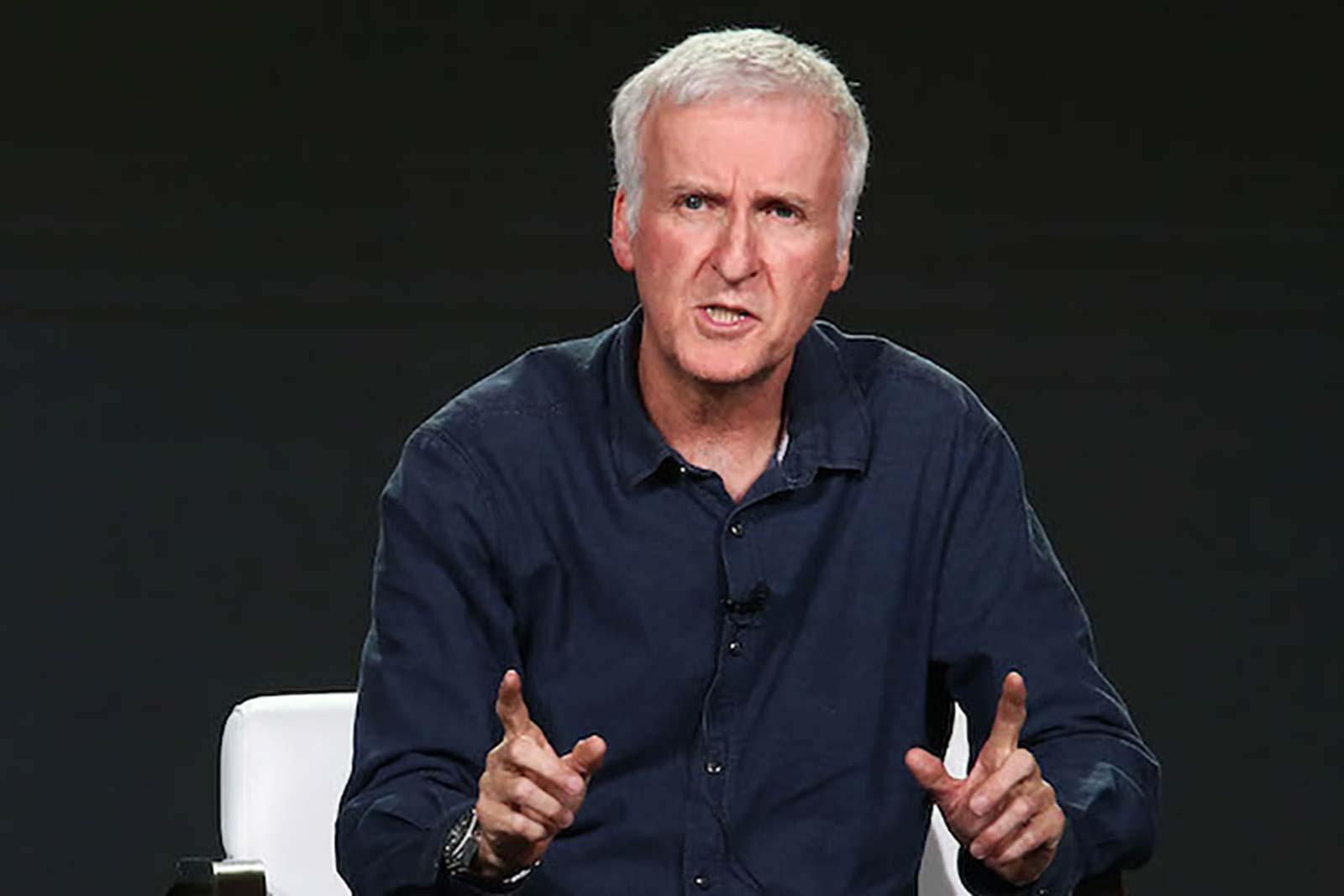 It turns out James Cameron’s love of the water isn’t limited to recreating ill-fated ocean liner journeys for the big screen. He’s actually a pretty avid conservationist, too. The director uses his resources to partner with businessmen and politicians alike to keep our oceans safe.

Cameron partnered with business mogul Richard Branson to create Ocean Elders, a group that aims to create, protect, and expand marine protected areas. He’s so passionate about doing something to protect our oceans and marine wildlife that he penned a letter to President Obama near the end of his term, pleading that the outgoing president protect the Mariana Trench Marine National Monument by designating it a marine sanctuary.

Join your fave celebs in their environmental efforts

Celebrities are nothing if not influential. If you’ve considered taking up a cause and haven’t yet, just look to the celebrities who advocate for our oceans for inspiration! 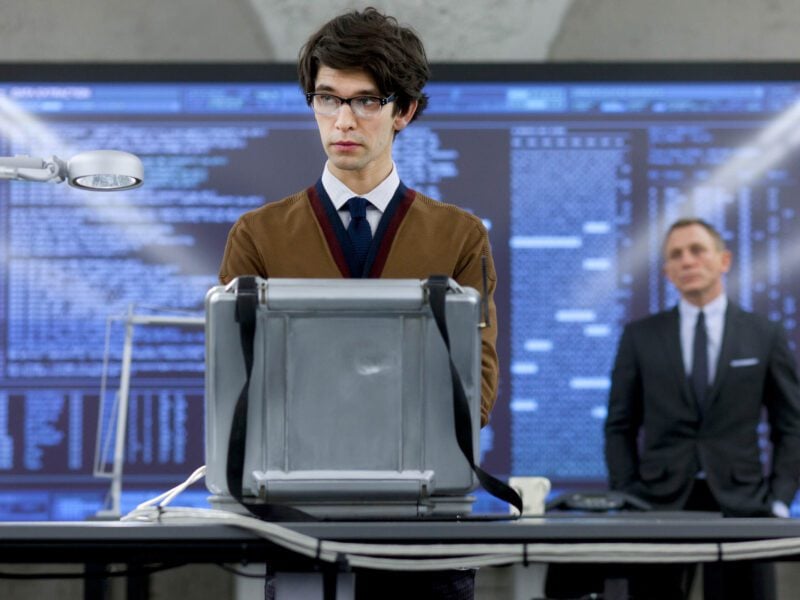