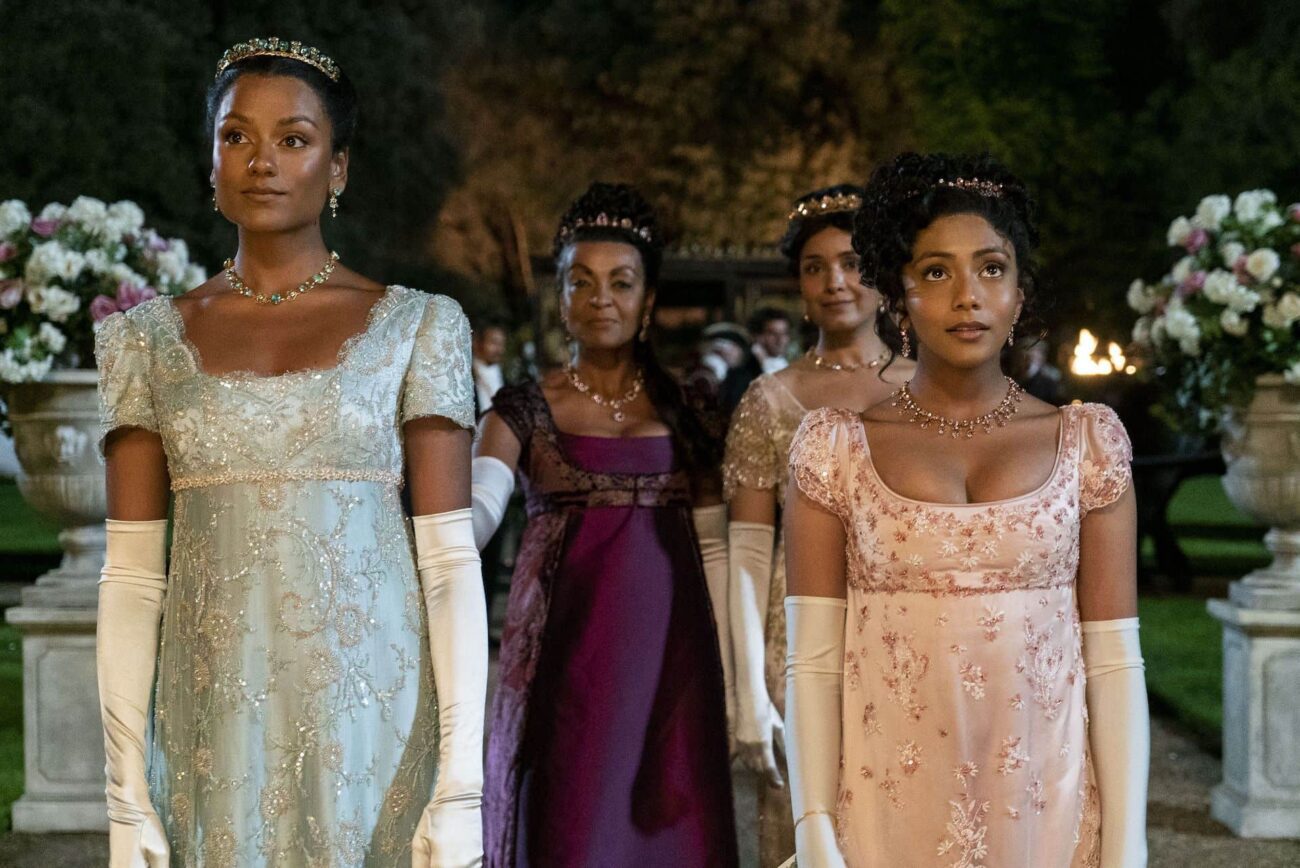 Shonda Rhimes does it again! The American television producer, screenwriter, and author has audiences addicted to the 18th-century drama romance dictated by high society & mystery. Bridgerton, Netflix’s breakout series, is back for a second season on March 25th, 2022.

The show is adapted from Julia Quinn’s compilation of romance novels. Each installment eloquently narrates the tale of eight Bridgerton siblings and their journey to find true love in London society in the Regency era.

That means season 2 has a new love story for fans to completely obsess over. If new episodes are anything like the initial season, expect them to be binge-worthy.  So far, there’s been a surprise pregnancy, an affair with an opera singer, an actual duel, and a sassy narrator voiced by Dame Julie Andrews. How can you go wrong? We all practically inhaled Bridgerton’s first storyline, what should we expect for the second? 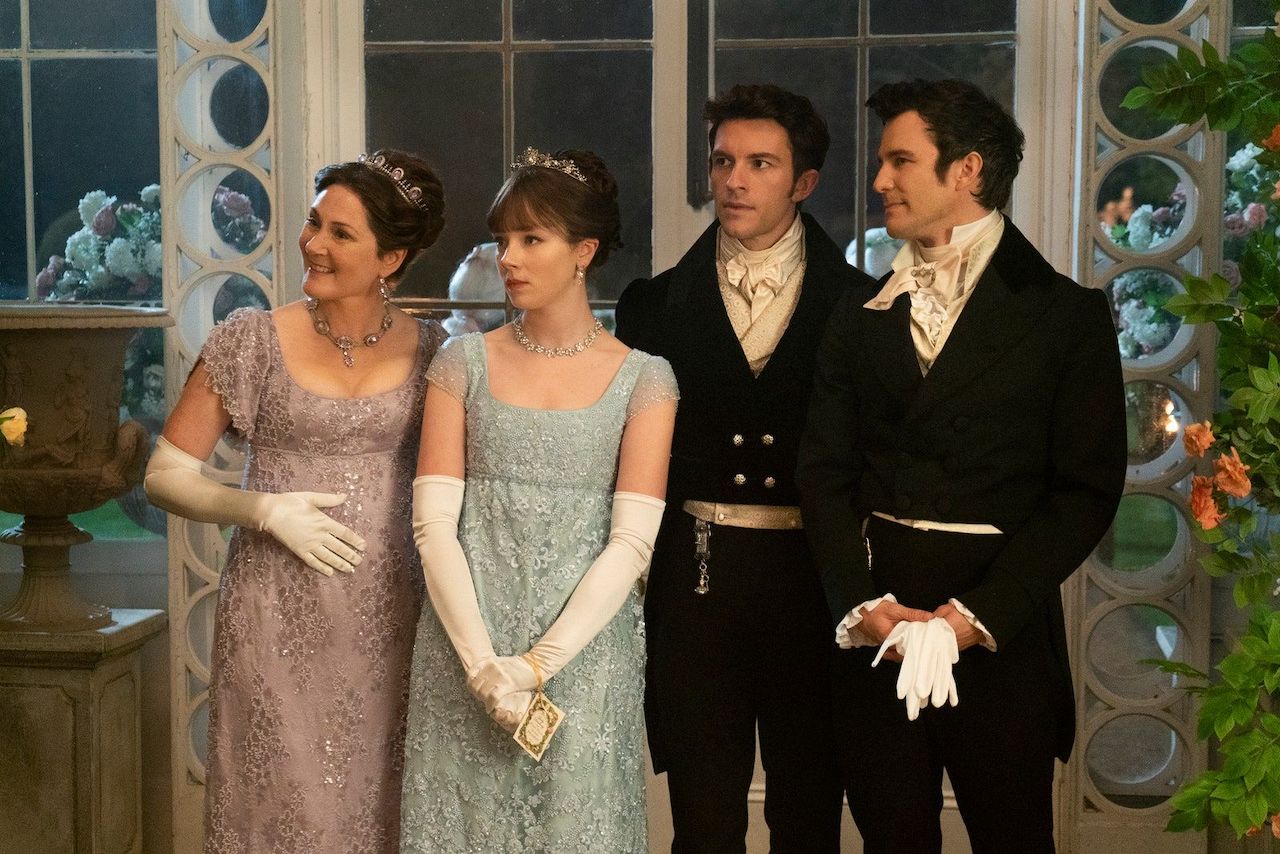 The first season focused on Daphne (Phoebe Dynevor), the eldest Bridgerton daughter, finding love with Simon, the Duke of Hastings (Regé-Jean Page) – anyone remember the steamy sex scenes? Sorry, why was that even a question – of course, you do!

While Daphne & Simon struggle with the whole let’s not have a baby to spite Simon’s father thing, Bridgerton moves on to another love story. Season 2 puts the focus on Daphne’s older brother, Anthony (Jonathan Bailey), and his search for a wife.

Now in the first season, Lord Anthony was having an affair with an opera singer, Siena (Sabrina Bartlett). He winds up falling for the singer pretty hard and for a brief moment, he believes they could be together officially and publicly. This was Anthony’s attempt to give the symbolic middle finger to a judgemental society but Siena realizes this is a pipe-dream and eventually begs him to just let her go. 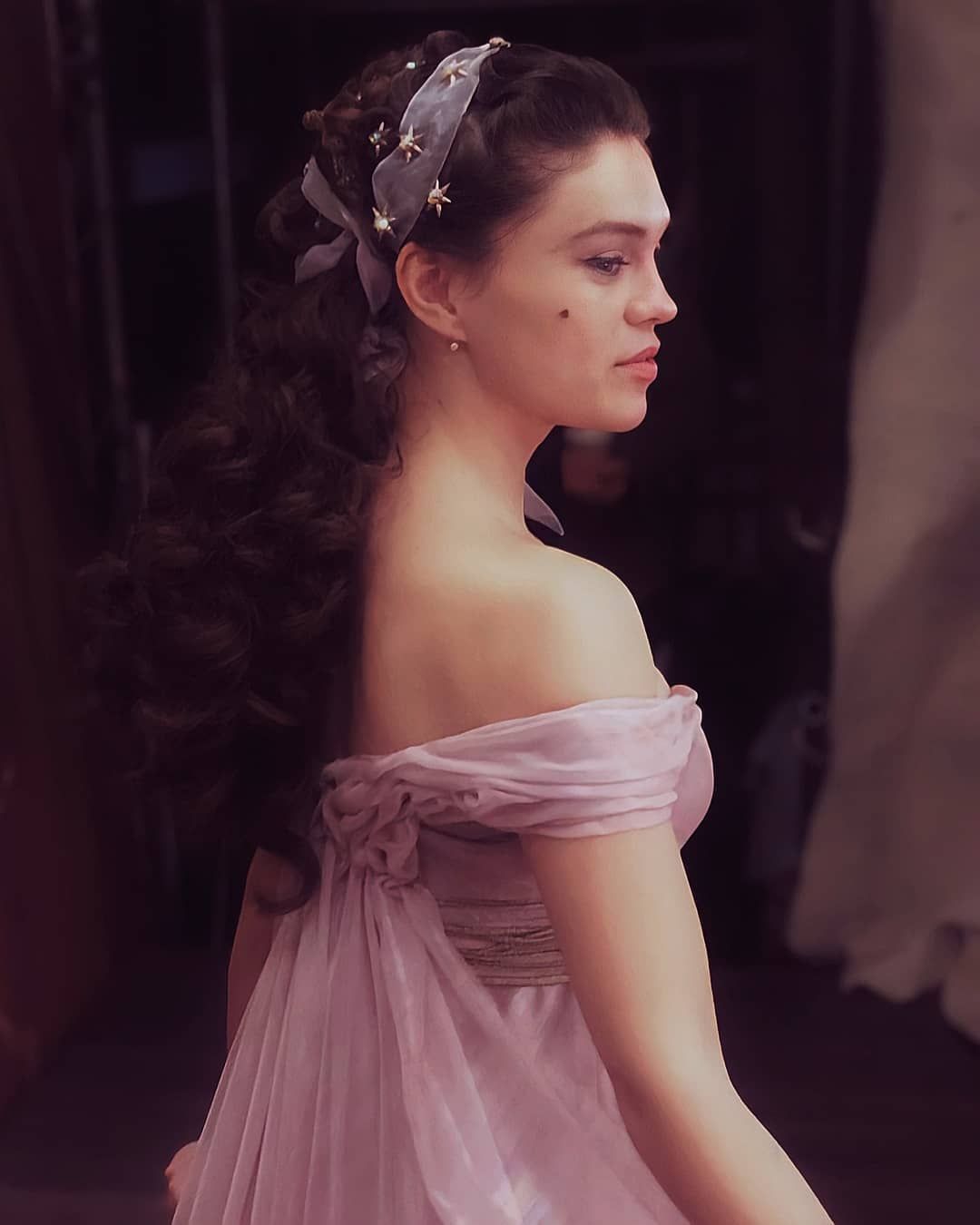 Siena & Anthony’s breakup was a heart-wrenching scene as the audience knows just how much Siena loved him. Yet, the rules of high society leave little wiggle room for true love. This makes Lord Anthony Bridgerton the most eligible bachelor, although he’s left slightly bitter from the heartbreak, he must fulfill his duties. 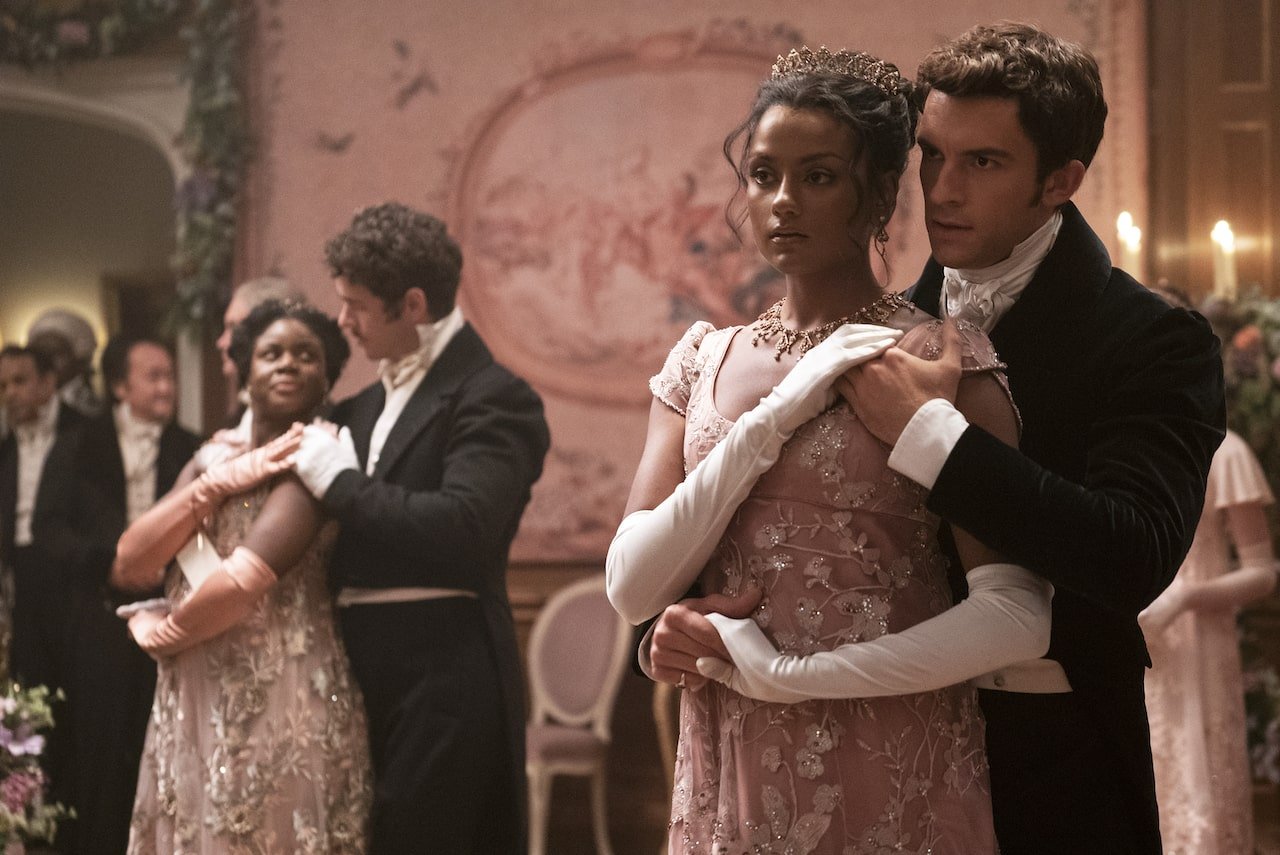 Who is the lucky lady?

In season 2, Anthony is on the prowl but who’s the lucky lady? That would be Kate Sharma played by Sex Education‘s Simone Ashley. Kate arrives in London with her stepmother Mary Sheffield-Sharma (Shelley Conn) and younger sister Edwina Sharma (Charithra Chandran), who have all come over from India.

The season might be billed as “Anthony’s love story,” his newest love interest is a welcome addition to the Bridgerton universe. While Kate is deemed something of an “old maid” at the ripe old age of twenty-six, though, it is Edwina who is granted the title of “diamond of the season” and upon whom Anthony sets his sights.

Kate Sharma isn’t simply a love interest – the show takes care to give her her own baggage too. Much like Anthony (who became the head of the household soon after his father’s sudden death) Kate has hardened herself and uses the excuse of family duty.

Of course, it’s not all about Anthony either. While we may know the true identity of Lady Whistledown, fans will be curious to see how much closer Eloise gets to revealing her best friend, Penelope’s secret. 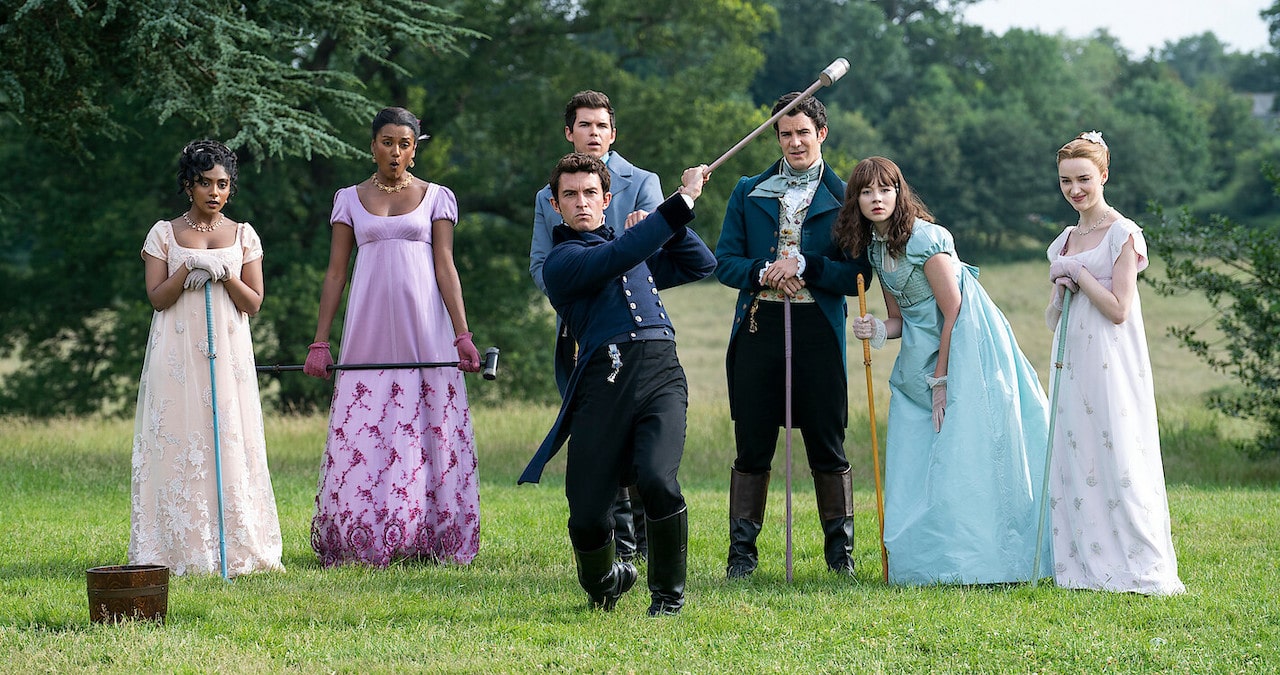 Bridgerton has been renewed through season 4, but if the chronology of Julia Quinn’s novels is any indication, Francesca will not take center stage until the sixth book titled, When He Was Wicked.

“What happens when duty is in conflict with the heart’s true desire? There is potential for a considerable scandal, indeed.” Bridgerton Netflix season 2 returns Friday, March 25th at 3 am ET. All eight of the episodes of Bridgerton season 2  on Netflix will drop at the same time. Meanwhile, you can watch Bridgerton for free online 123movies or Vumoo.