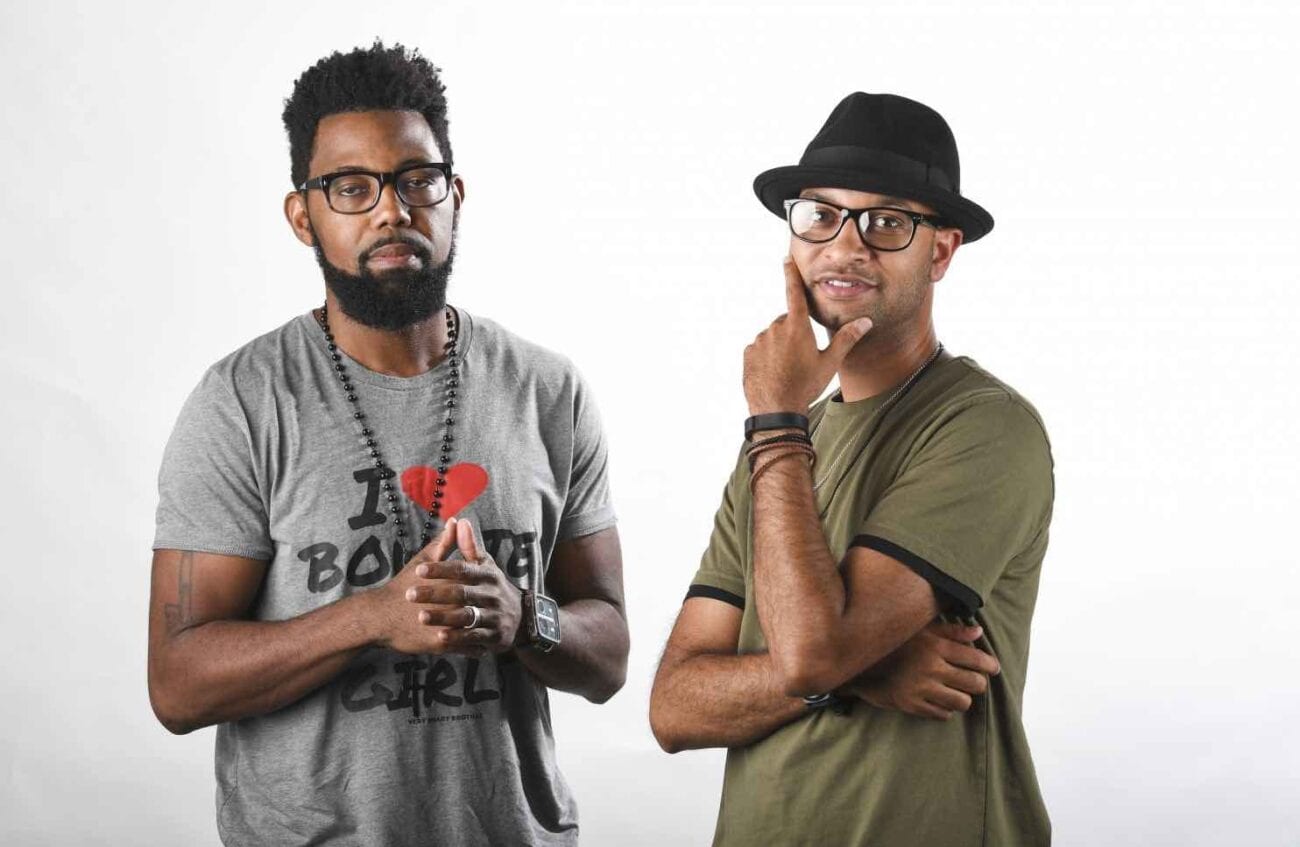 In the wake of the tragic killing of George Floyd and the subsequent resurgence of Black Lives Matter protests and unrest in the face of injustice, there’s been an increased focus upon the need to hear African-American voices.

Instagram feeds flooded with black tiles on Tuesday in a coordinated campaign that had users silence their own accounts and encourage others to listen to black activists. Social media has been ablaze with reposts of resources, petitions, activist accounts, and reading materials in the effort to galvanize the wider public into calls for both action and education.

Inspired by these events, we’ve compiled a shortlist of websites that boost the voices of black Americans and offer perspectives & experiences often left on the wayside by the mainstream press. 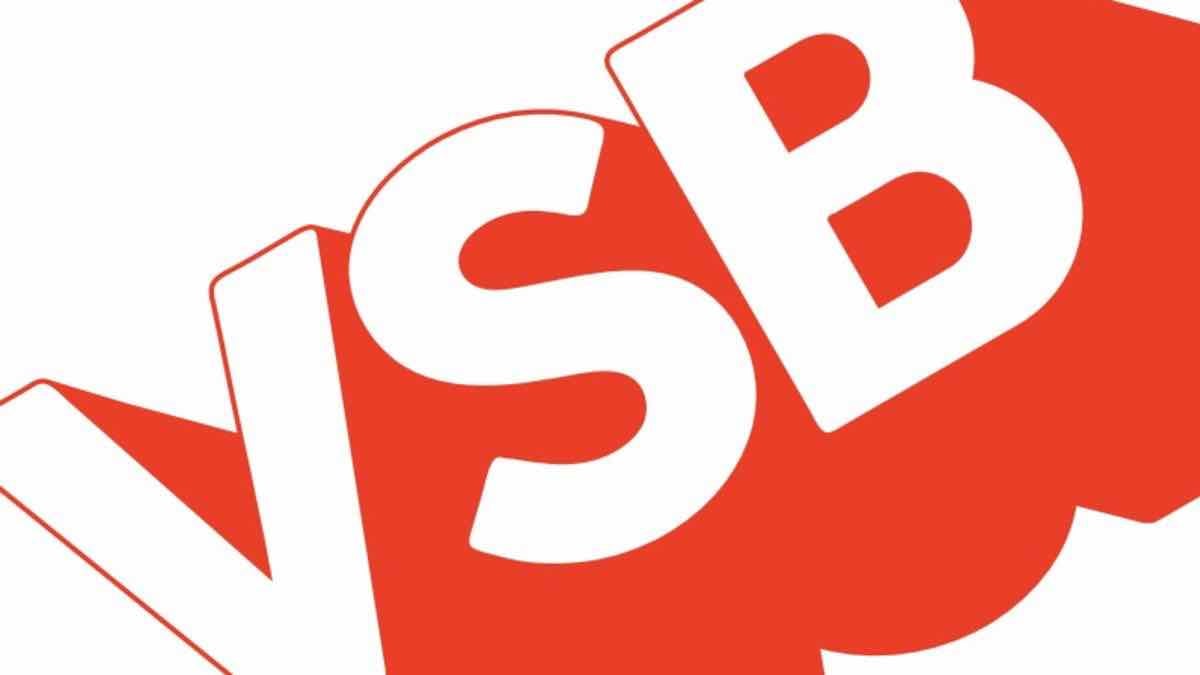 A subsidiary of African-American news website The Root, Very Smart Brothas is an editorial blog covering a wide range of styles & subjects. Some of the most recent features on the blog include a The Onion-esque satirical obituary mourning the loss of a Target store in the recent Minneapolis protests, and a 30-day retrospective on iconic music videos from black artists throughout the month of June.

The blog also hosts annual Black History Month (February) series “28 Days of Literary Blackness”, wherein each day is dedicated to a different piece of black literature which touches upon a new facet of the black experience. 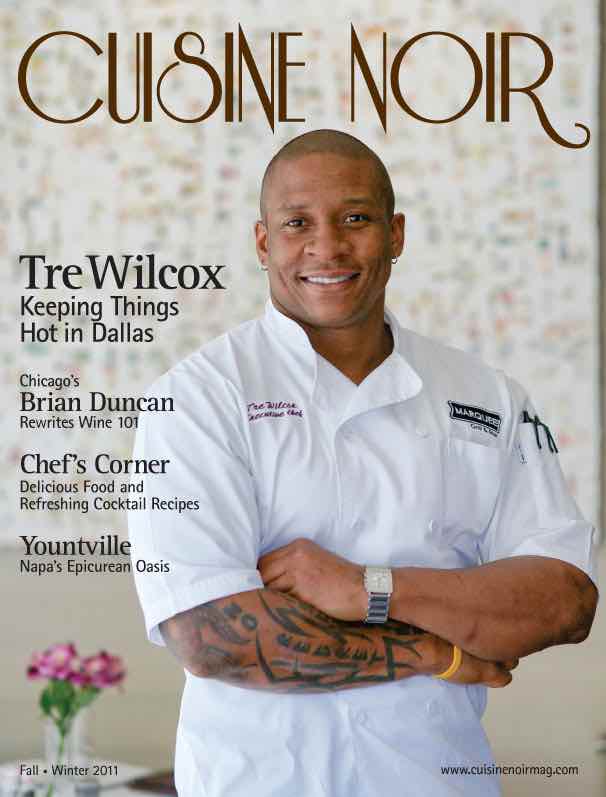 Cuisine Noir is an online magazine focusing upon travel, lifestyle, and food & drink which highlights black chefs, entrepreneurs, and gourmands from all across the globe. This publication in particular goes for the approach of a profile, with the individuals behind the food dishing out more personal stories.

Top Chef Junior contestant Rahanna Bisseret Martinez shares her experiences working in a professional kitchen for the first time and learning the ropes of the restaurant business, while Vava Coffee in Kenya (led by entrepreneur Vava Angwenyi) reconsiders their approach in the wake of the COVID-19 pandemic.

No matter your interest in the culinary world, Cuisine Noir will serve up a fresh & fascinating perspective on it. 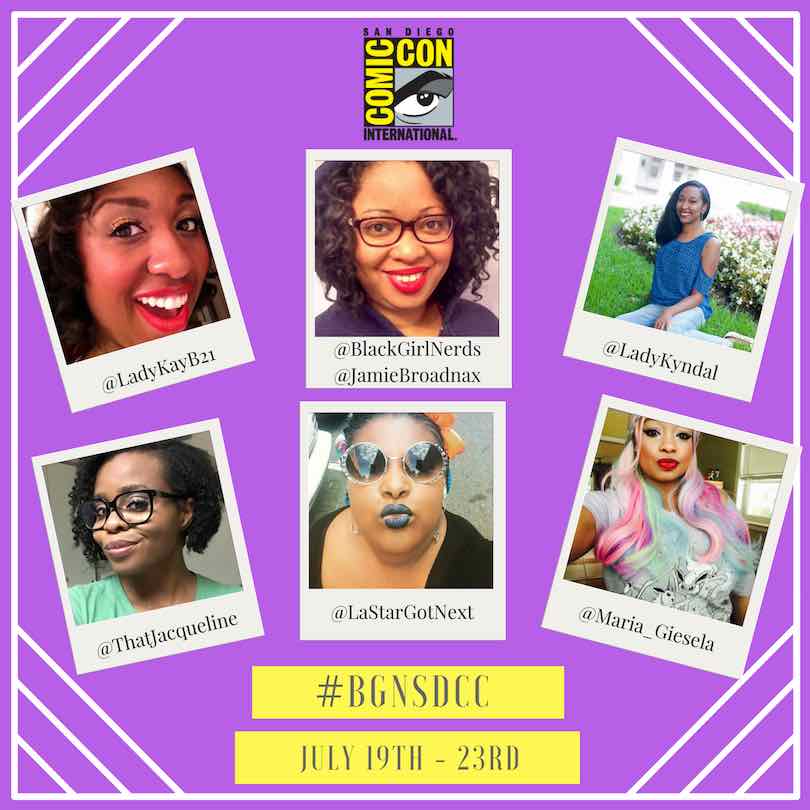 Black Girl Nerds offers up a gathering place and news source for anyone interested in nerd culture: video games, movies, TV shows, comic books, etc. Their mission statement makes clear the site is an open forum for anyone to participate & engage. Nerd culture and sites that focus upon it can be perceived as white male-dominated spaces, and Black Girl Nerds is trying to change that.

Not only does the site feature plenty of content on mainstream “nerd culture” like Avatar: The Last Airbender or Star Wars, but Black Girl Nerds also highlights often under heralded black voices from within genre fiction like the late, great sci-fi author Octavia E. Butler – or even highlighting black celebrities sharing their own nerdy hobbies, like rapper Megan Thee Stallion and her hot takes on anime.

Whatever your niche, nerdy fixation is, Black Girl Nerds has you covered. And you’ll probably discover something new, too. 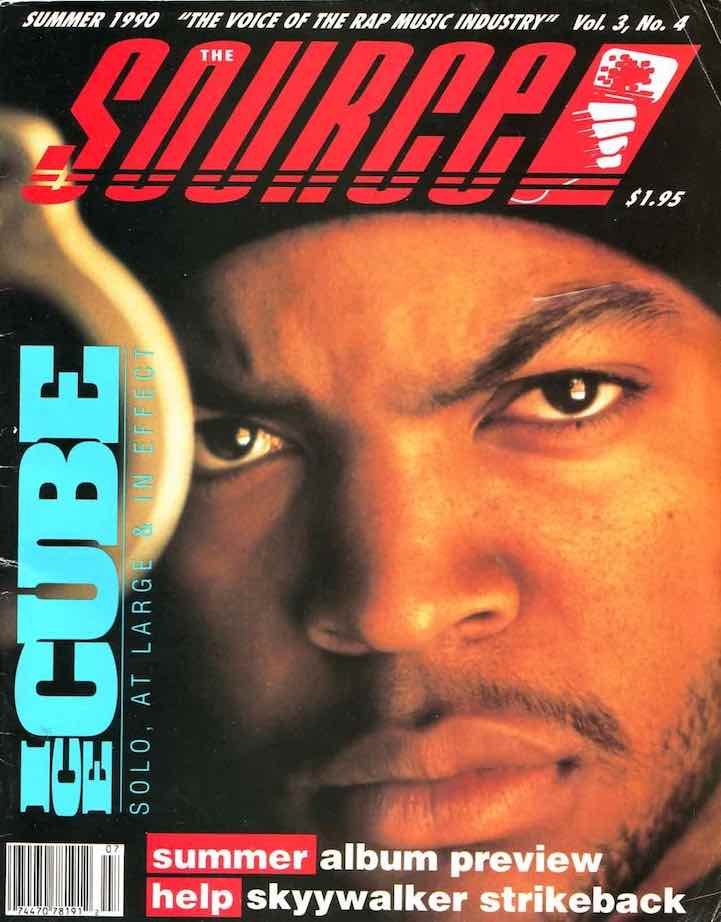 One of the original hip-hop magazines, The Source began in the late 1980s and has since expanded into a booming news website. The publication reports on the latest rumors on the biggest names in the industry, while setting aside time to cover culture and politics. Politics has of course always played a role in the hip-hop genre – whether in the lyrics or in the public’s reaction to them.

The Source has tons and tons of stories to explore, covering everything from updates regarding the George Floyd case and social media responses to it, to a series called “Today in Hip Hop History”. It’s like getting lost down an endlessly entertaining rabbit hole.

If you’re looking for hip-hop/rap news and reviews, a music history lesson, or just need to know who’s been getting into Twitter beefs, The Source is your, uh, source. 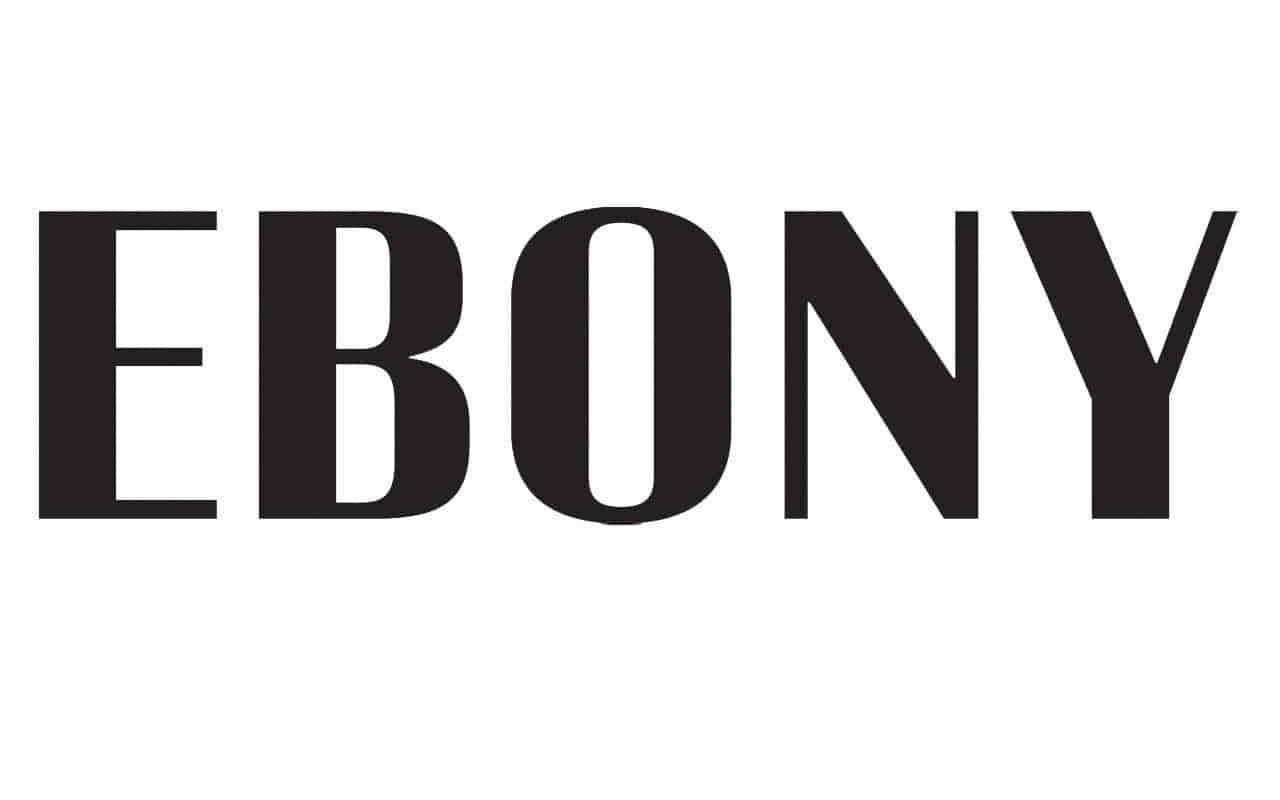 Predating even The Source by several decades, Ebony is probably the best known and longest standing of any African-American-focused publication. Now also available online, the legendary magazine highlights a number of important stories.

The latest features on the site include a “Designer Q&A” with Garcon Couture, a fashion line founded by black entrepreneurs and personal stylists Jean Francillon and Ilbert J. Sanchez, and some niche coverage you probably won’t find in any other major magazines such as iconic rapper E-40’s impressive efforts to help prisoners in California combat coronavirus. (It involves a lot of hand sanitizer.)

Ebony remains an American institution after all these years for a reason. It was not only the first nationally circulated magazine to address black readers specifically, but it continues to provide an important platform for black voices & stories. 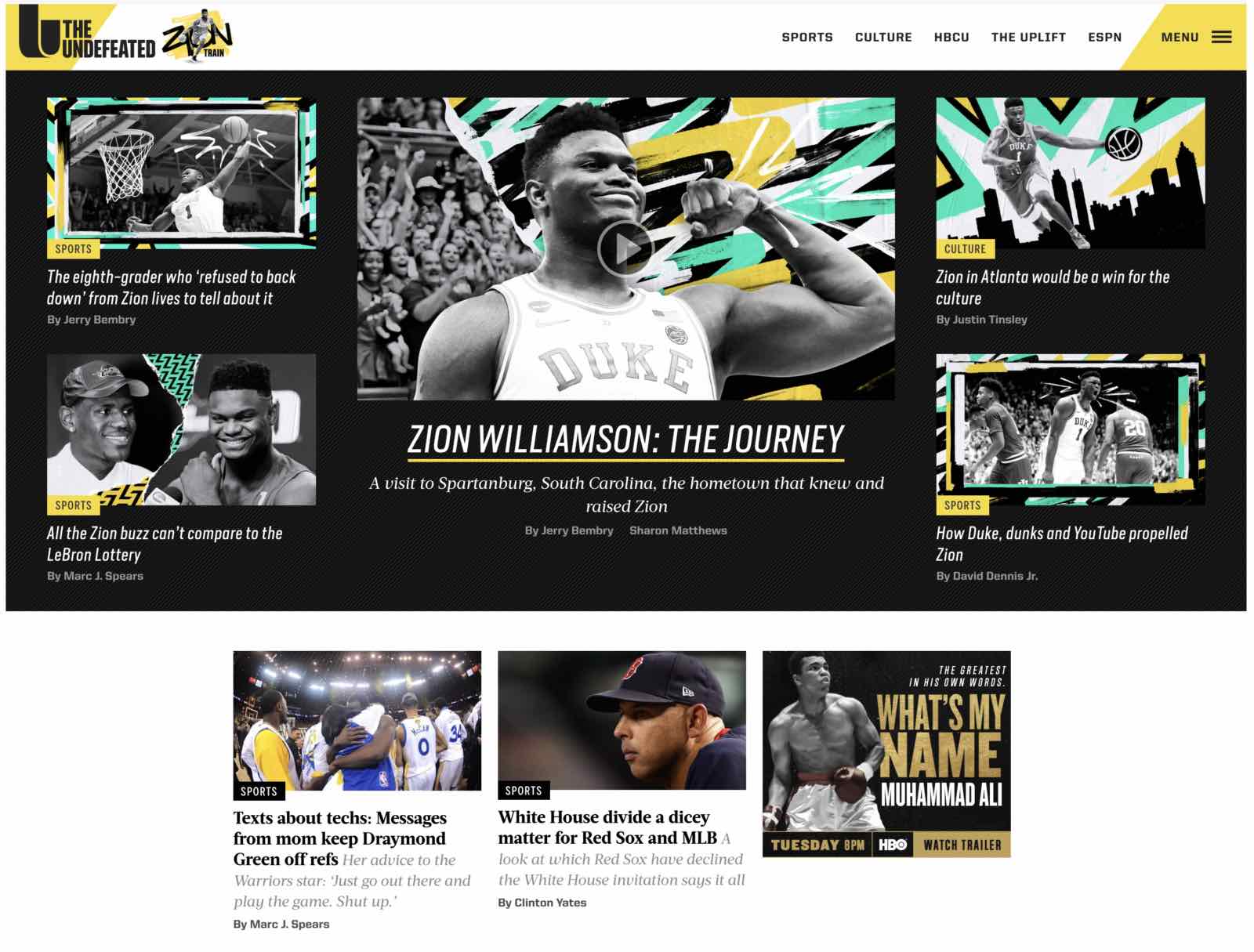 An expansion from ESPN, The Undefeated is a journalistic publication featuring narrative pieces and op-eds regarding race, sports, and culture. Recent pieces include a retrospective of Wes Unsled, an NBA Hall of Famer who passed away this past week, an opinion regarding Colin Kaepernick’s kneeling protests during the National Anthem, and a series called “Dear Black Athlete.”

Each segment of “Dear Black Athlete” is a short video segment profiling a single athlete, such as Tampa Bay Rays pitcher Chris Archer, and the struggles against prejudice and racism they had to overcome – even from within the sports world itself. Another segment features WNBA superstar Maya Moore offering words of wisdom & encouragement.

“Dear Black Athlete” offers stories of immense resilience & inspiration and even helpful advice in the hopes of reaching out to young black athletes who may be facing similar struggles, and to help those around those athletes to better understand how to help. 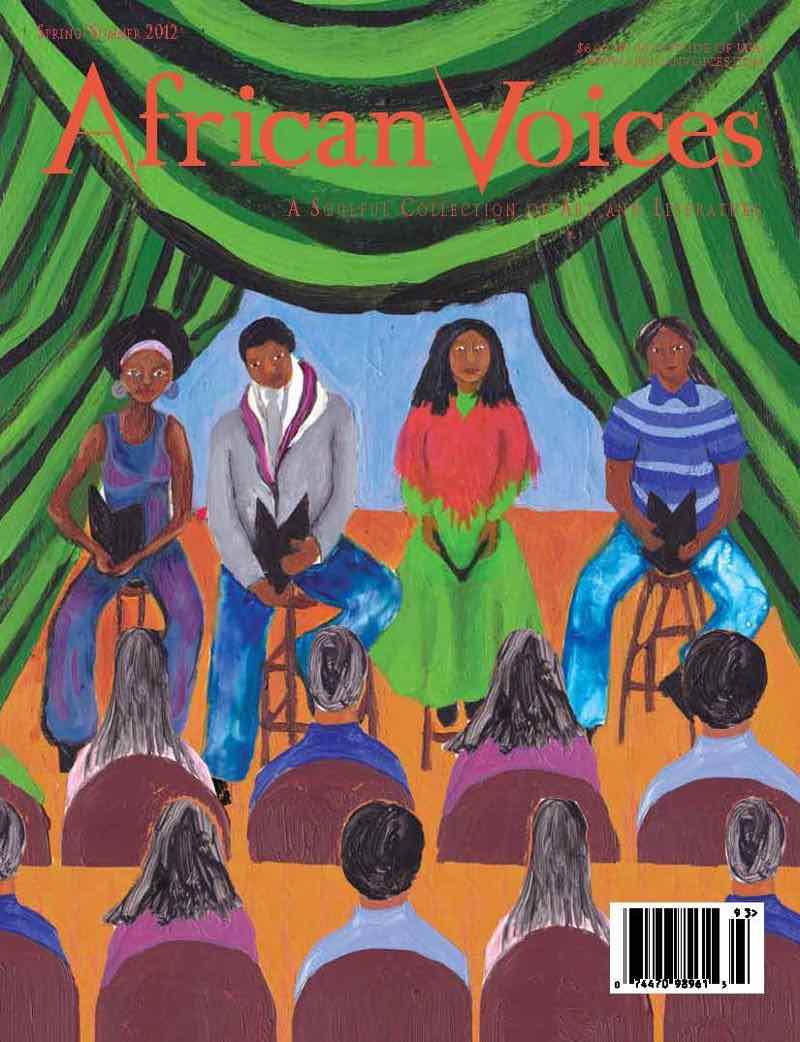 African Voices is a blog-style website for readers more interested in the arts. The site primarily runs poetry and other works by black artists, while also featuring interviews with creators and news on black art & poetry events.

One post from 2016 is a video/audio art piece (transcript included) commenting on James Baldwin’s novel Giovanni’s Room and its intersectional identities of blackness and LGBTQ+ via spoken word. A newer post from 2019 features an interview with the late Shirley LeFlore, an oft-forgotten voice in black female poetry.

While it isn’t as consistently updated content as on other sites, African Voices focuses on more intimate presentation of ideas, both exploring African-American artistic traditions via articles & interviews and offering original works in the spirit of such traditions. 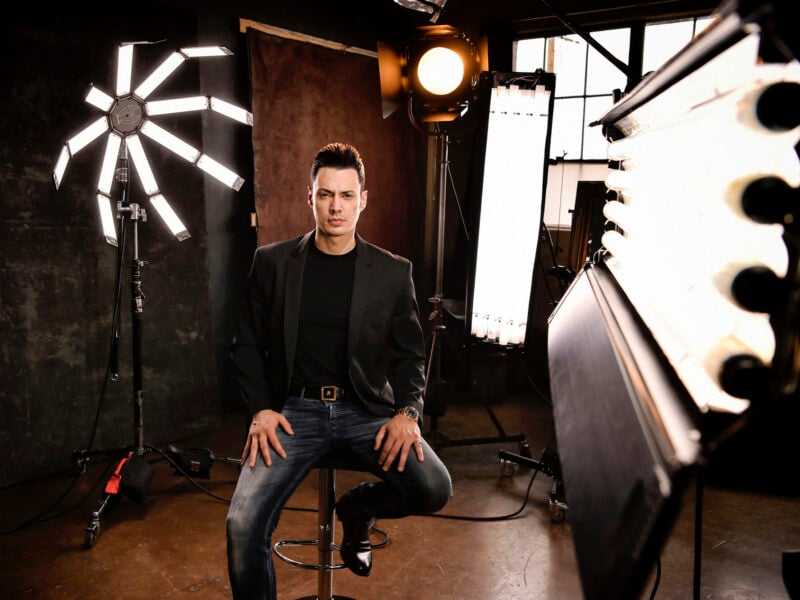 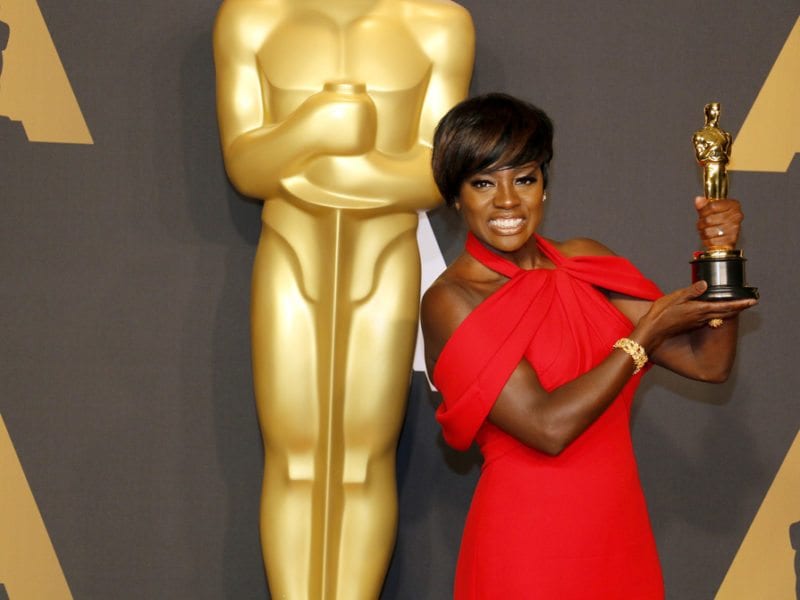