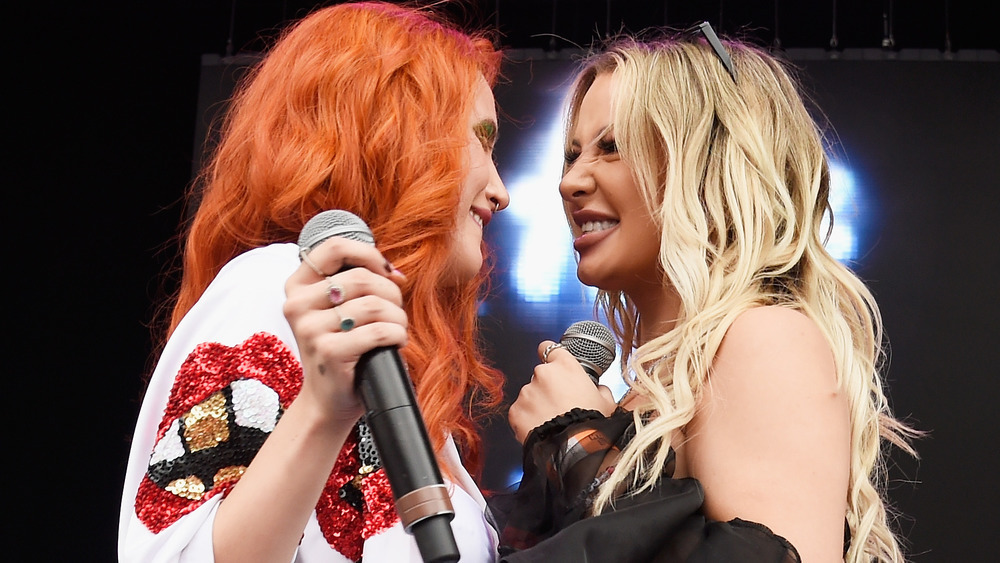 Bella Thorne vs. Tana Mongeau: Who will win the famous TikTok feud?

Sometimes fame can really change a person. Social media is no stranger to drama and actually thrives when a feud commences amongst popular influencers and celebrities. YouTuber Tana Mongeau is one particular influencer who’s always remained controversial and problematic. Her most recent feud is with her ex-girlfriend and former best friend Bella Thorne.

What went wrong for the stars? Is there more to the story? Let’s dive into their recent drama. 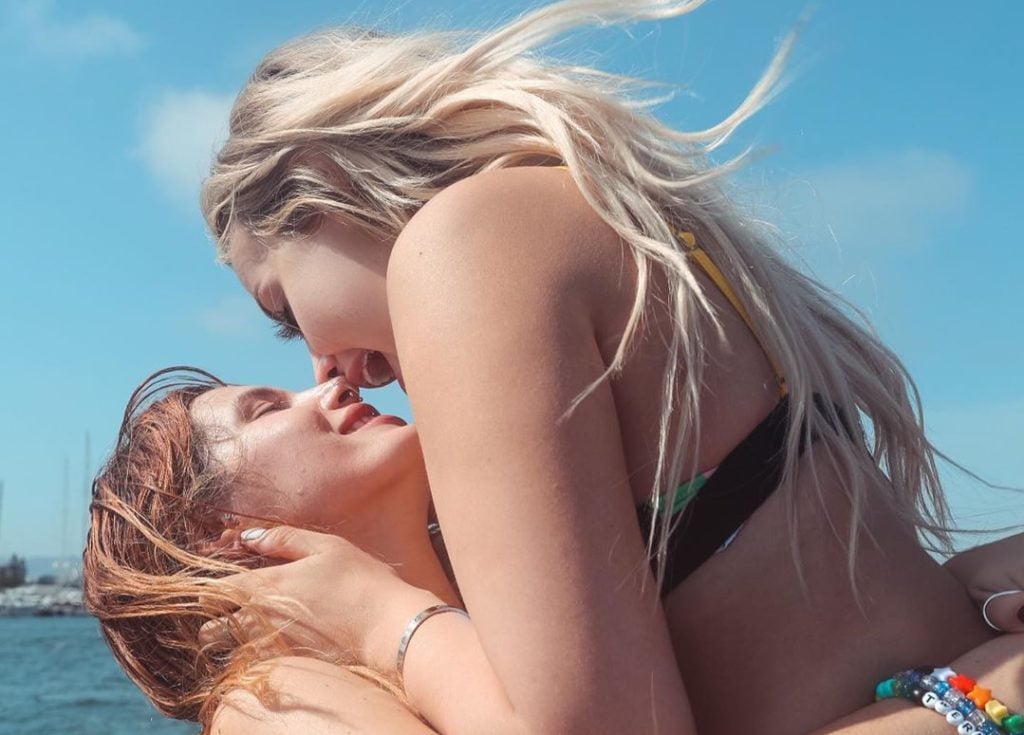 Bella Thorne has come a long way from her days on Disney Channel starring in the popular show Shake it Up alongside Zendaya. Following other young Disney stars, Bella Thorne became the complete opposite of her character: loud, controversial, and provocative.

Recently, Thorne was caught up in a drama involving sex workers & popular pay-to-view site Only Fans. In a single day, Bella Thorne earned $1 million in revenue thanks to fans signing up. Having set her price at $20 a month and only for research purposes, a major rift between Thorne & the internet opened.

It appears the controversial Disney Star has been involved in a scandal involving her ex-girlfriend Tana Mongeau. Let’s take a look at their (not-so-charming) love story so far. 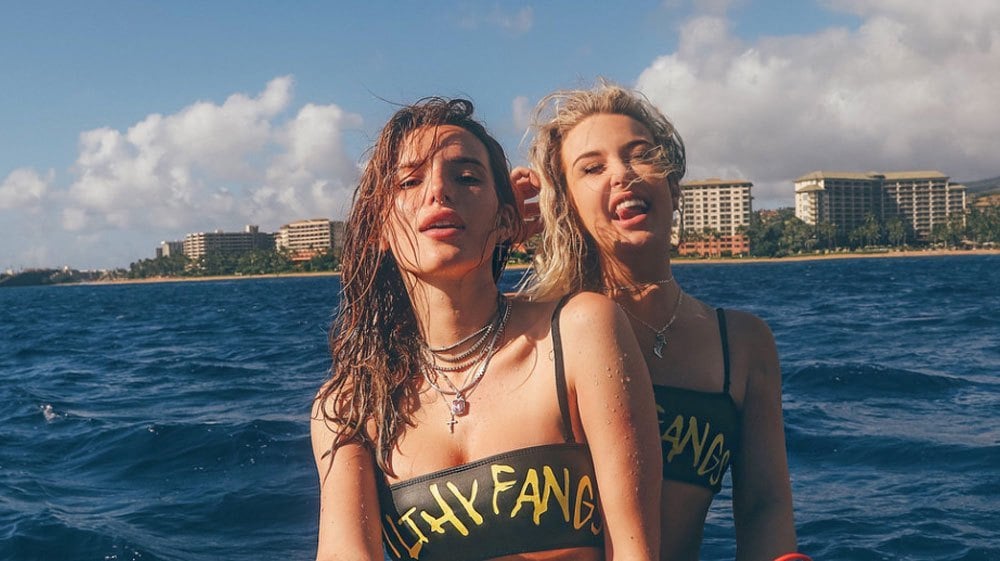 From love to loathing: A Mongeau & Thorne timeline

In 2017, the couple confirmed their romance on social media. The famous pair sparked lots of conversation due to the unlikely coupling. Due to her polyamoury, Bella Thorne was also seen dating rapper ModSun around the same time as Mongeau.

Tana and I aren’t together anymore, pls stop asking. We love U guys ❤️

i love her forever don’t get that twisted. she changed my life forever. don’t rly wanna talk on it.. there’s no negativity at all. 💔

The announcement came out of nowhere and was shocking to fans who had been following their relationship since the beginning. Tana & Bella appeared to still be close and didn’t share a bad word about the other. Things took a turn when Thorne mentioned her former lover broke the girl code because Mongeau began dating ModSun.

Later on in the year, Bella Thorne appeared on controversial YouTuber Logan Paul’s podcast called Impaulsive. She threw some shade at Tana when discussing Facetune: “. . . with Instagram, they should really snap down – sorry Tana, on FaceTune – and Photoshop.”

A week after the shade was thrown, Tana Mongeau announced her engagement to the other Paul brother – Jake. “Logan and Bella can hate. The world can question our fate, but on July 28th, you can all save the date!” Jake Paul declared. Bella Thorne reacted by posting an image of her crying on Instagram. Tana & Jake have since divorced. 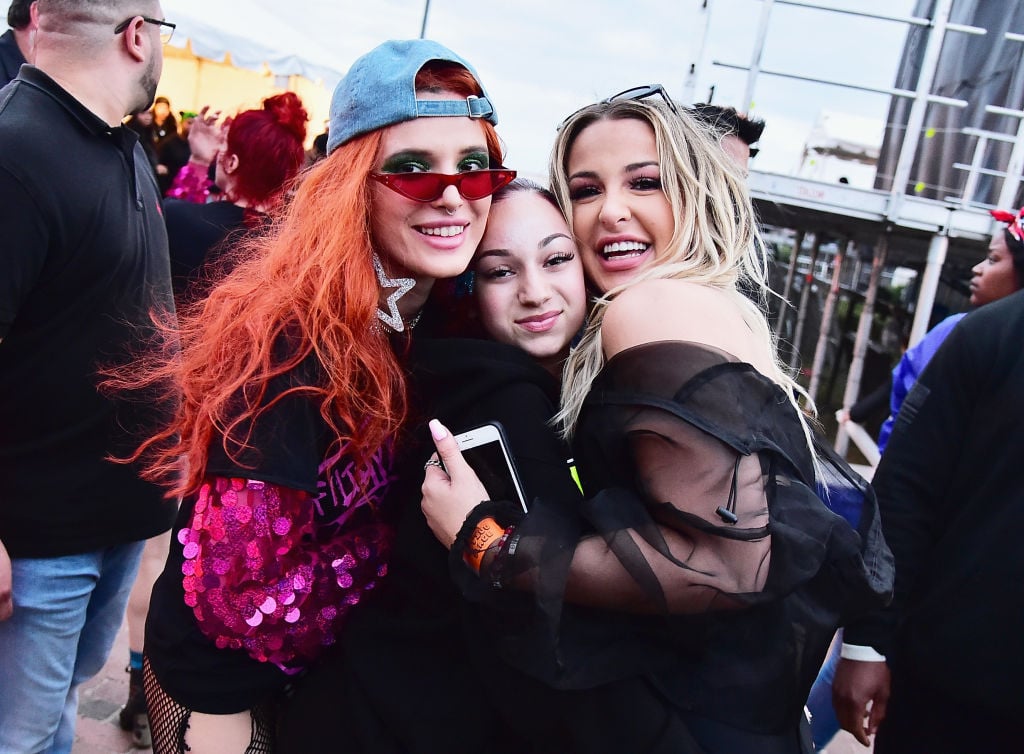 On a TikTok posted by Teala Dunn, the famous Bella Thorne visits Clubhouse BH in October. The pair were seen kissing even though Dunn is allegedly a good friend of Tana Mongeau. Tana responded to the kiss by duetting the TikTok from her own account, “People really pretend to be my friend,” and then commented “It’s a joke . . . kinda? Like?”

Teala Dunn & Tana Mongeau squashed the beef rumors and claimed that they are still friends after the incident. However . . . things were just getting started for Bella & Tana. Bella Thorne has released a song “Stupid F**king B***h”, the same year ModSun released a diss track directed at Tana called “Karma”. Not a good year to be Mongeau. 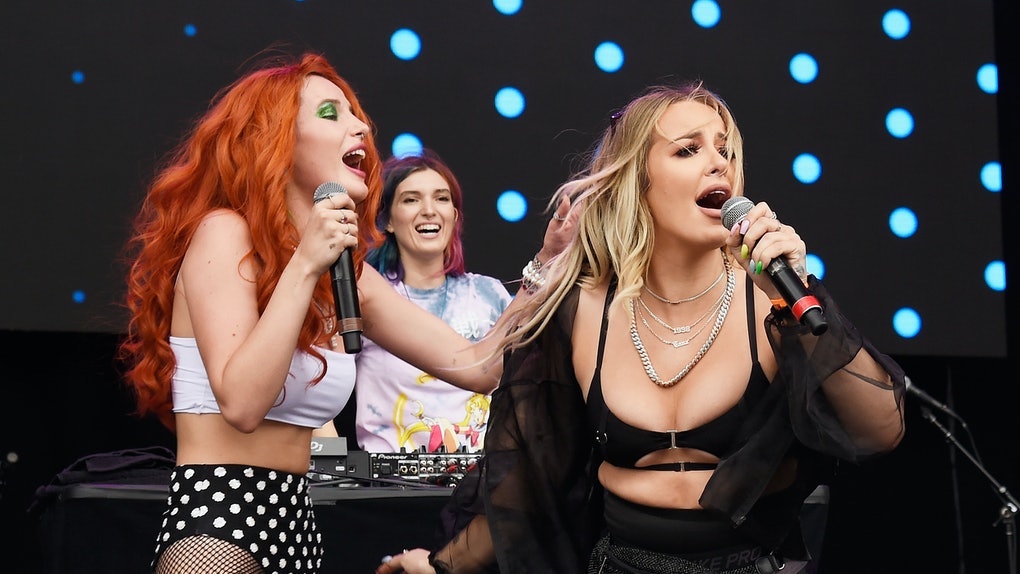 Thorne sang lyrics like: “You wanted me for clout, and I should’ve thrown you out.” After the release, she also used #SFB (after her new song) and claimed that Mongeau “wishes” she was her, and even accused her ex of “bringing up [her] name for attention”.

The war has moved over to TikTok. Tana posted several videos using the song as a sound, making fun of the track, calling Bella “the devil”, and adding in a comment “I wanted Jake for clout too smh not even her.”

#duet with @bellathorne i am so embarrassed to even duet this also i’m on the toilet :/

Bella Thorne has been responding to Tana’s obvious remarks and actually posted a video crying with laughter stating that she’s more of a celebrity than Tana ever could be. Sharing her recent movies and projects, Bella Thorne is declaring war and it looks like Tana Mongeau isn’t backing off.

We are waiting for that tell-all storytime any day now, Tana Mongeau!

What do you think of the recent Bella Thorne vs. Tana Mongeau feud? Should they be declaring war on TikTok? Let us know what you think in the comments.