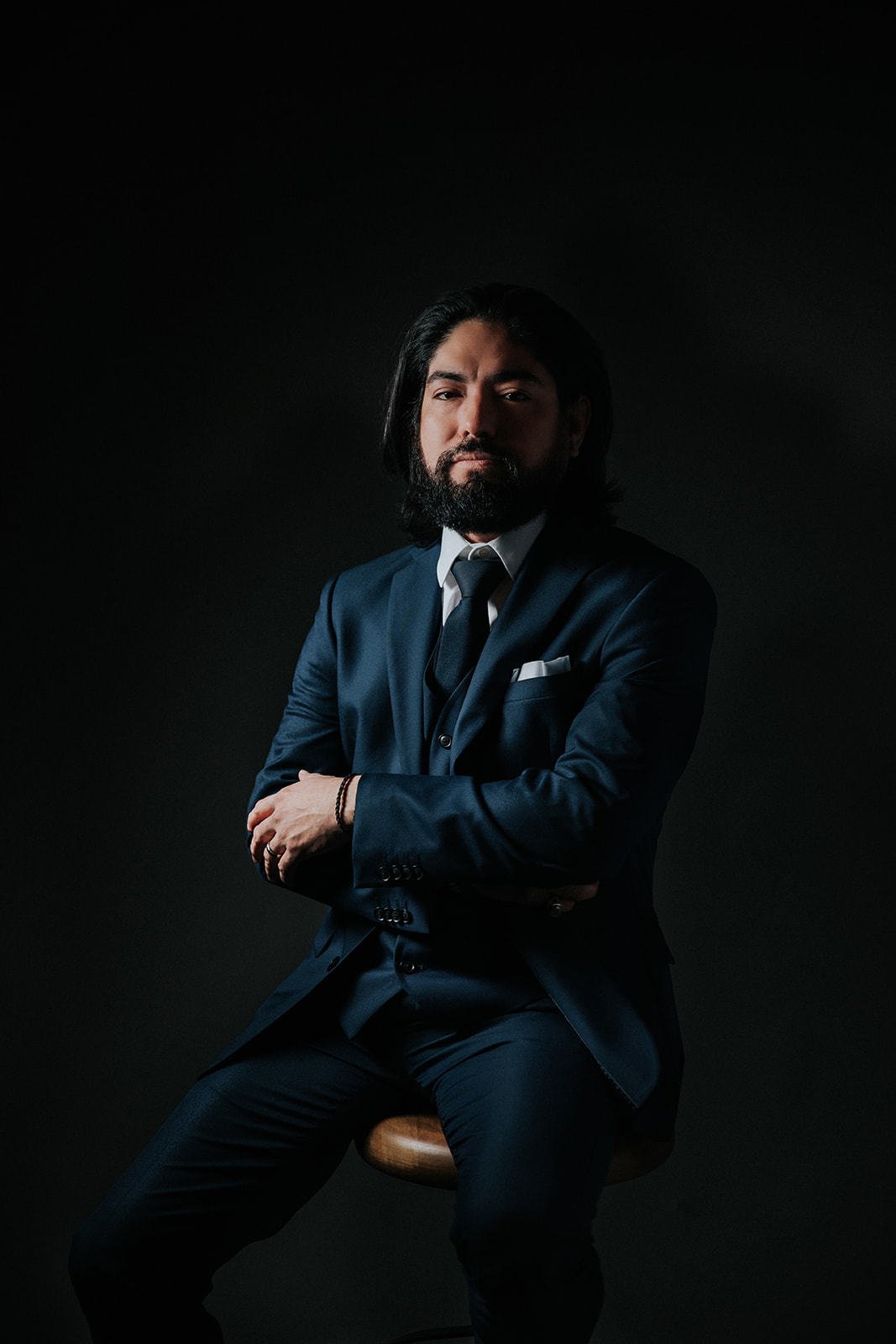 Marlon Espino has had a lifelong affair with music. His grandmother taught him piano and his father was a sax and keyboard player in the group Chicano Brotherhood. His love for performing came out from these two inspirations, and he went on to study music and composition at Texas Tech University.

After Espino graduated, he lent his musical talents to a wide array of films. He collaborated with Grammy-winning composer Mark Mancina on the score for Disney’s Moana and the Planes franchise. Espino’s talent for marrying sight and sound has also led him to score live-action films like Every Breath You Take, which was released by Vertical Entertainment on April 2, and the 2020 thriller Inheritance, which is coming to streaming services.

Film Daily had the good fortune of talking with Marlon Espino about his musical journey, his compositional process, and his plans for the future. Here’s what the West Texan had to say: 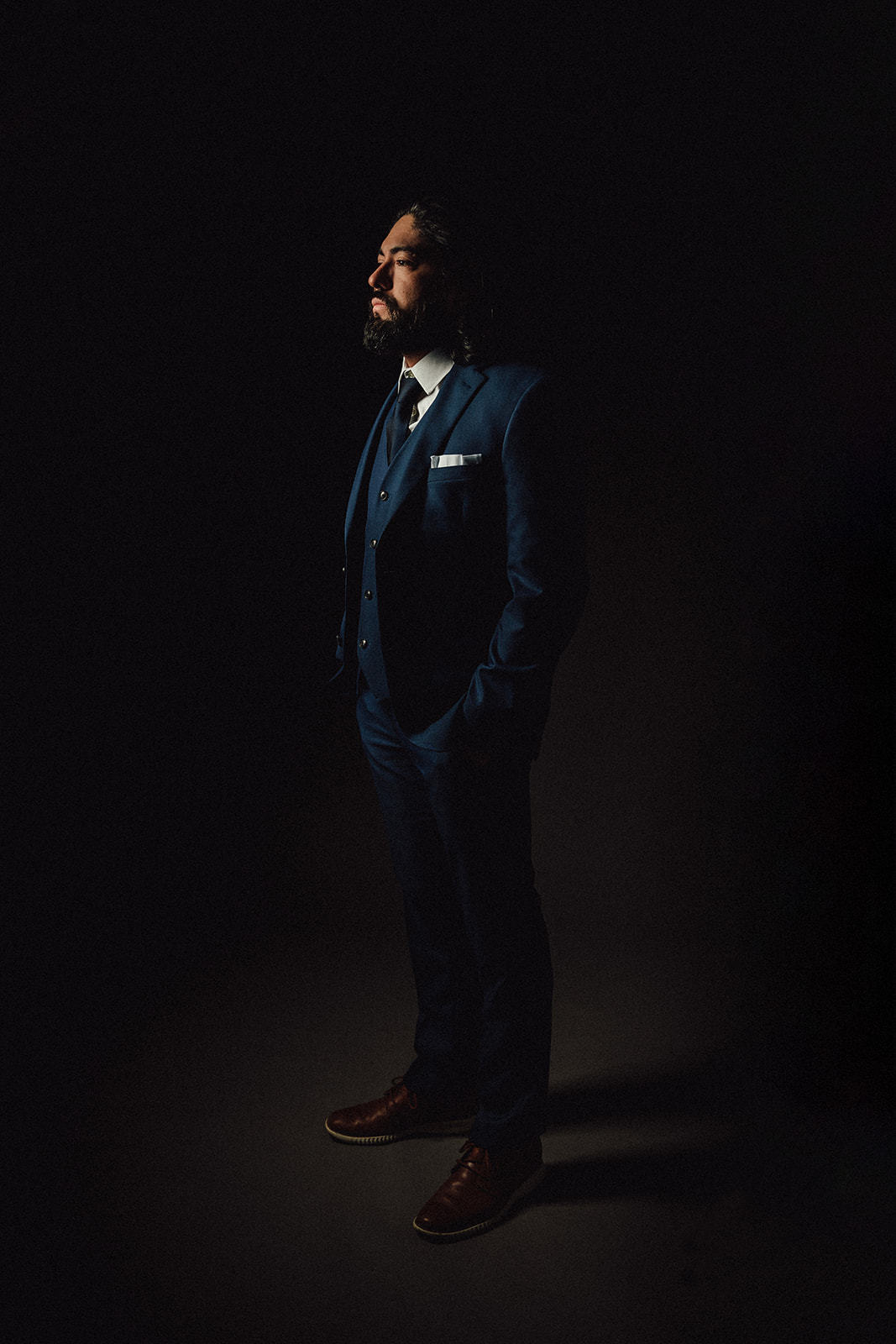 How did your musical journey start?

I grew up in a musical family. I remember sitting at the piano with my grandmother who taught me to play by ear. It sparked something that ultimately became a big part of my life. I was always playing music in one way or another throughout my early years and evenly went on to study music more seriously in college at Texas Tech University.

What was it like to become a professional composer and have a family full of musicians?

That’s a great question. I grew up in a small town in west Texas. The closest movie theatre was over an hour’s drive. The arts were not as strong as they are here on the West Coast, so, my early musical experience was with singer/songwriters and recording artists. I hadn’t made the composer/visual media connection yet.

It wasn’t until much later that my mentor Mark Mancina introduced me to film music and production. It is a whole different world. I am not sure my family knows exactly what I do but are very proud that I followed my passion. I feel very blessed to do something I love for a living.

Who’s your favorite storyteller and why? (writer/composer)

I have many favorite composers and storytellers, but in our digital and recently socially distanced world I can say my favorite email writer is Vaughn Stein. He is a real wordsmith. I would look forward to getting notes just to see where the text would take him next. He is one of my favorite storytellers.

Are you part of any music groups or communities?

I used to be when I was younger but my wife and I have a family now and I feel like I really found my place and calling as a Media Composer. I try to stay involved in our community by being a part of great organizations like the Society for Composers & Lyricists, among others.

You’ve worked on many Disney films. What were your first thoughts when you were given the opportunity to work with such an international organization?

It felt like a once in a lifetime opportunity. It’s hard to put into words but the talent and experience of everyone on our team was just astonishing. I tried to take advantage and really absorb and learn as much as I possibly could from everyone around me. 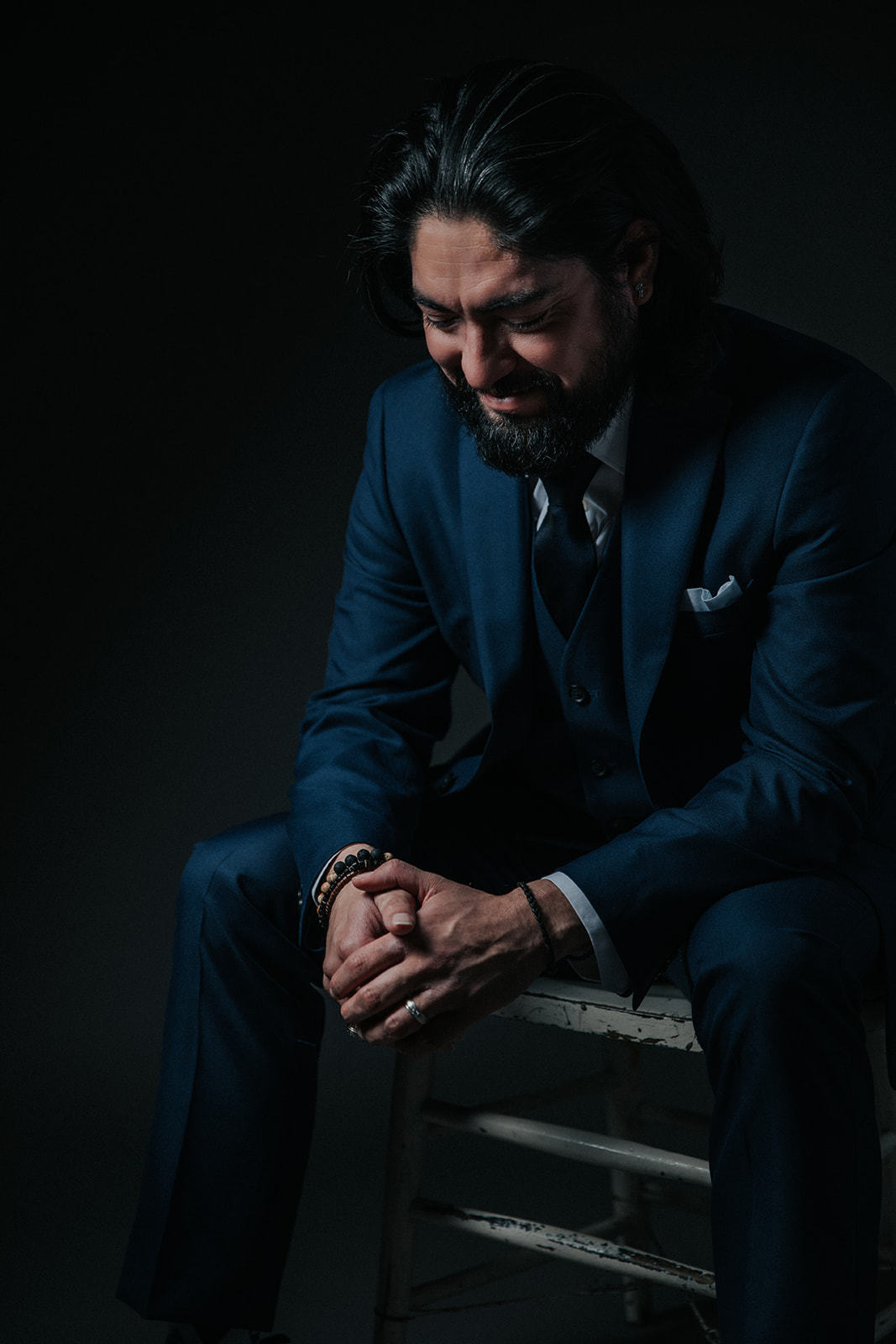 Tell us about working on Disney’s Moana.

It was absolutely incredible! Like I mentioned above, a once in a lifetime opportunity. The individuals that made up the Moana team are responsible for some of the most iconic animated films. I can’t say enough positive things about Disney’s music team. Tom Mcdougall is invaluable! He helmed the Moana ship with his team of Andrew Page and Earl Ghaffari.

Their experience and knowledge is mind-boggling.  I tried to use the opportunity to really absorb and expand my skill set as much as possible. Animated musicals typically have a songwriting team that deals with all the songs and a separate team that is responsible for the underscore. My mentor Mark Mancina has really straddled both worlds from his work producing the songs on the original The Lion King to his many film scores. He was brought on to oversee both and make them as cohesive as possible.

I think we were on Moana for almost three years. It was a real treat to be able to work on every piece of music in that film, both songs and score. The experience was invaluable.

What was your biggest take away from working on Moana? Was it challenging?

My biggest takeaway definitely has to be putting your best foot forward. Treat everything as a final! Most of the time our process involves writing and producing a rough demo to be approved by the Director(s) and production. Once approved, we then take that rough demo and “do it for real” with extensive production. I remember sitting watching Andrew taking extensive notes.

He was really dotting I’s and crossing T’s. At the time I thought of these writing sessions and sketches as scratch tracks. Recordings that we would throw away to be re-recorded once the idea(s) had been developed and have time to evolve. Well, there are scratch vocals from the very first thing ever recorded on the final soundtrack three years later. Anything is fair game.

Walk us through the compositional process for Vaughn Stein’s dramatic thriller Inheritance.

It was a phenomenal experience. It was a collaboration with directing/producing team Richard Barton Lewis and Vaughn Stein which I had the pleasure of teaming up with again on Every Breath You Take. I love working with Vaughn. He is an incredible filmmaker and just an all-around great person. For both projects, we had a “creative safe space” where we could freely bounce ideas off each other, both good and bad. I had a blast writing music and was very happy with how the score turned out.

How long did it take to compose the songs for Inheritance?

Inheritance was on a very tight schedule. I think we had around five weeks to get the score done. There was a lot of music, somewhere around 90 minutes. It was a massive undertaking to get that amount of music written, recorded, and mixed on such a tight deadline. There was not a lot of sleeping going on ha! But I am very proud of how the score turned out.

In your opinion, what’s the message behind Inheritance?

Personally, I think the message behind the movie Inheritance is rooted in the father-child relationship, and just how interesting father-daughter or father-son relationships can be. The story explores the role of a father, illustrating how the role isn’t limited to biological relations. 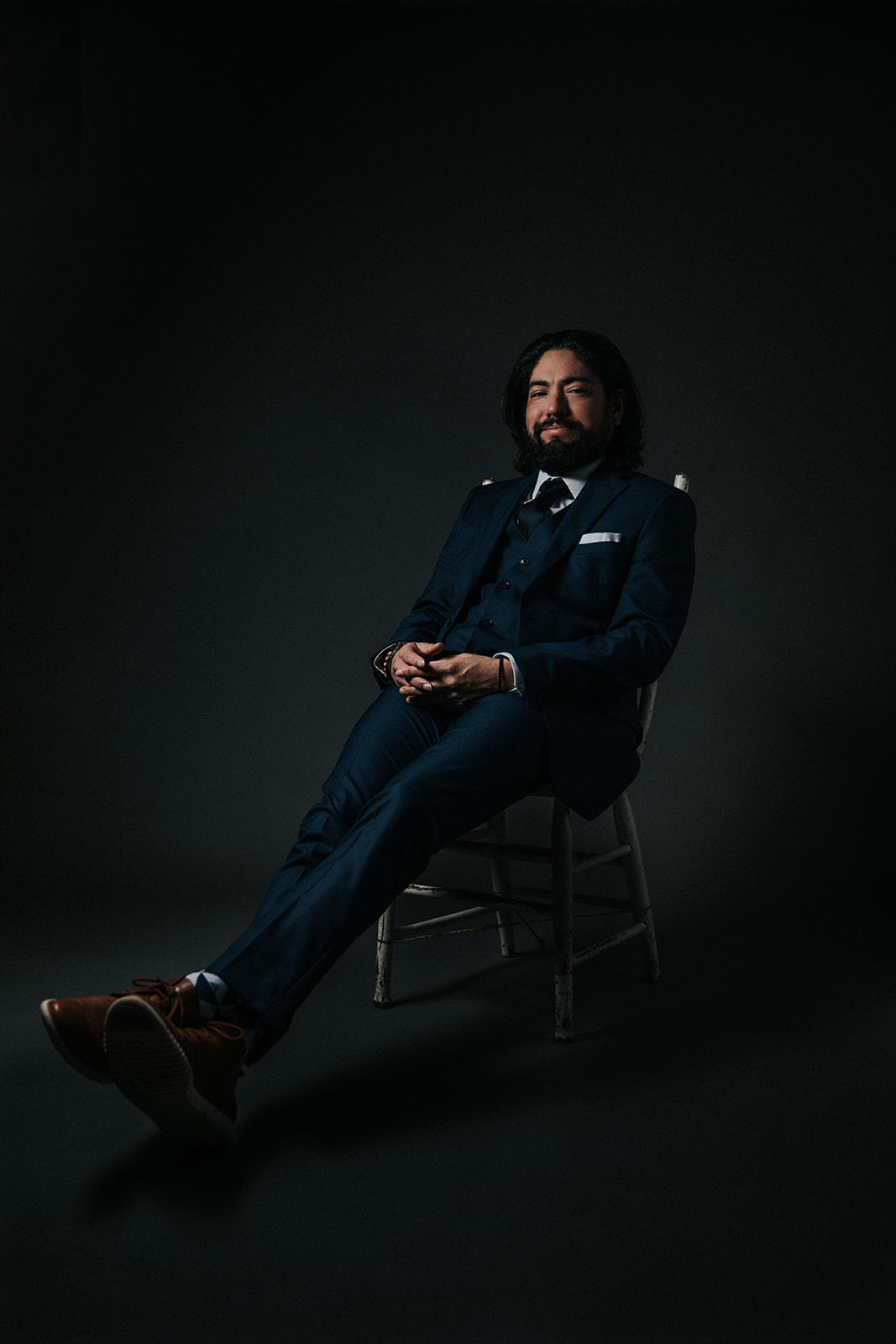 Could you tell us more about your creative process?

It tends to change depending on what I am working on. For Every Breath You Take, I found writing away from the picture to yield really great results. After reading the script I would watch the scene a few times. Mark some tempos that felt good and then put the film away. I would then write something and focus on what I thought I should be feeling or experiencing in the scene. Once I was feeling that emotion or whatever it might be I would throw the picture back up and rework things around dialogue.

Do you find it easier to compose music for a dramatic thriller than a children’s animation? What is your genre preference?

They both have their own challenges. Personally, I find some of the most difficult things to write are the most simple motifs. Things that are sparse, bold and have to stand on their own. I absolutely love thrillers! They tend to span multiple musical genres and have a little more creative freedom.

Tell us about your latest work on the film Every Breath You Take.

I am really excited for everyone to see the film. I think we were able to do something really unique with the score.  We had time to experiment and refine our sonic soundscape which was invaluable. I am very happy with how things evolved from our early ideas to their current state which feels very fitting for the film. I tried to keep it very “human” especially in those moments where it was more atmospheric.

Those types of score pieces tend to be done with synths and electronics.  I used organic instruments and vocals to create drones and textures. Everything is live players. I can’t say enough about the beyond talented musicians on the score. They brought depth and intimacy that makes this score special for me. We were able to bring a human feeling to the score.

Who has been the most influential person you’ve worked alongside?

The most influential person has to be the unbelievably talented Film Composer & Producer Mark Mancina. He is my mentor and the one who introduced me into the world of film scoring. I am very thankful to Mark as I can’t imagine doing anything else!

What’s your favorite part about being a composer?

Working as a composer is much different than writing concert music or making a record. You are there to serve the film and help elevate it to the best of your ability. That being said I find it very exciting because I end up writing music that I normally wouldn’t write. I have always loved storytellers and being a composer allows me to be involved in that process. 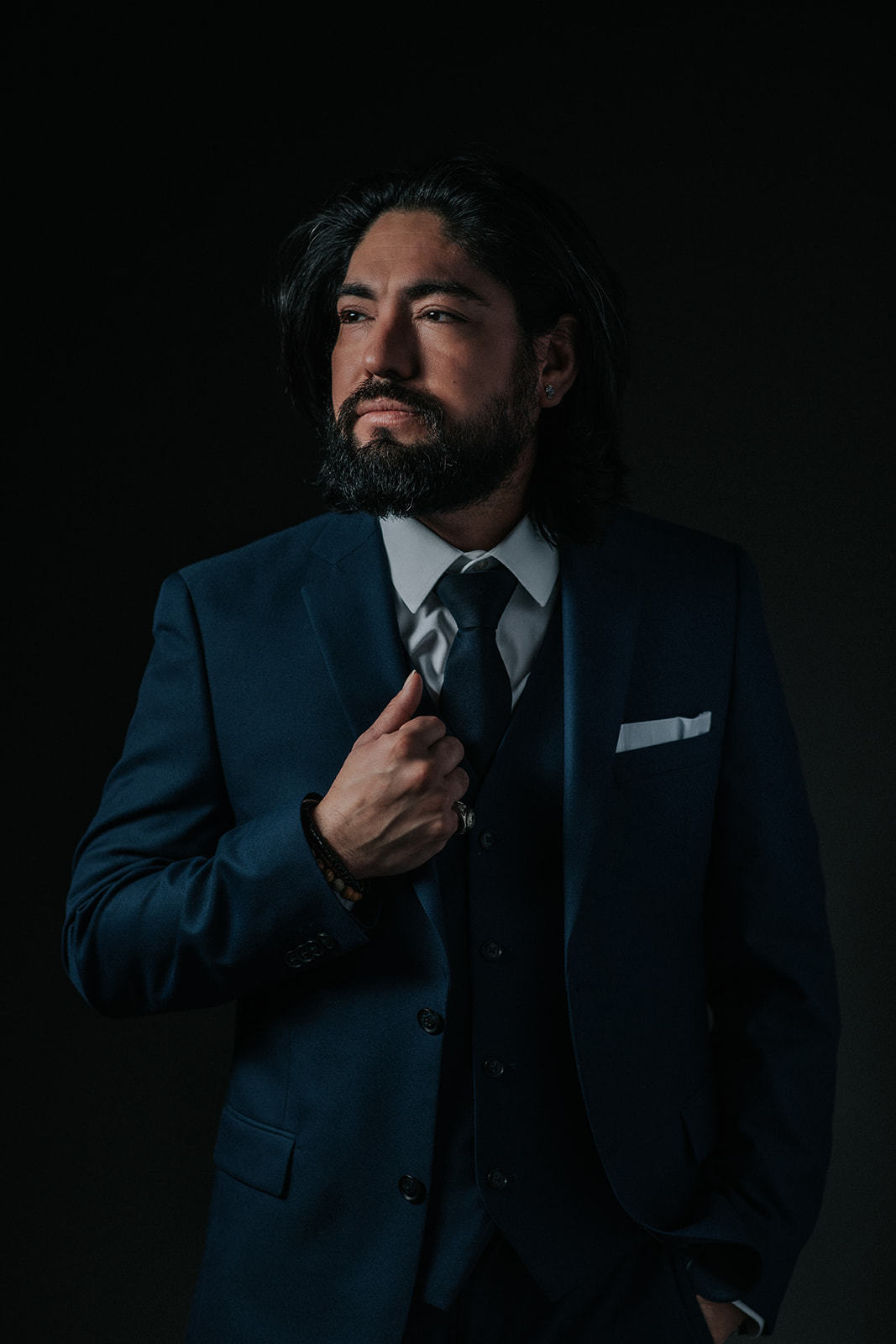 Where do you see yourself as a composer? Is there anyone in the film industry that you’d love to work with in the future?

That’s a great question! I would love to continue creating a body of work that I am truly proud of.  Your second question is pretty tough. There are so many talented filmmakers I would love to work with. I am a huge fan of Christopher Nolan’s work. I think an opportunity to collaborate with Mr. Nolan would be a beyond rewarding experience.

There have been many great moments but none compares to the moment my wife and I welcomed our new daughter into our life. If I can just be a good dad and help her navigate life that will be my greatest success.

Have you ever wanted to venture into a theatre such as broadway? Or do you prefer the film medium?

I have gently dipped my toe into theatre. Mark produced The Lion King on Broadway and as part of his team, I have gotten to be a fly on the wall and help with refinements over the years. I was also involved as part of Mark’s team on a stage adaptation of the movie August Rush.

We have done quite a bit of work on the show in NYC and had a regional run of the musical in Chicago. Hopefully, the show will make its way to broadway. The live aspect of theatre is very exciting and there is something very special about that. Film really does hold a special place in my heart.

In your professional opinion, what’s the best film soundtrack?

There are so many great film scores deserving of that title. It really is impossible to name just one and my list tends to be ever-evolving. Some scores that really resonate with me include Lalo Schifrin’s THX 1138. The score is moody, unsettling, and just a little weird in a good way. I’m also a fan of Johan Johansson’s work. I really enjoyed his score for Mandy.